The Biggest Myth About Each Zodiac Sign, According to Astrologers

Astrology is becoming more mainstream, and with that increased popularity comes more people looking to learn about their zodiac sign and, in turn, share their findings with others. Inevitably, this can become a game of telephone, and no matter your sign, there's at least one stereotype that might have you feeling frustrated or confused. Maybe you're a Scorpio who cringes at being called controlling, or you're a Taurus who is tired of being told you're stubborn. Whatever the case, not all of these common misconceptions are true. Keep reading to find out the biggest myth about each zodiac sign, and learn how a professional astrologer dispels them.

READ THIS NEXT: The Zodiac Sign You Should Be Best Friends With Based on Compatibility.

One of the biggest misconceptions about Aries is that you're aggressive and looking for a fight any chance you get. It's easy to see where this stereotype comes from; as the zodiac sign ruled by Mars, the planet of passion and action, you certainly have a bold personality and approach to life. However, you're far from the combative and disagreeable person you're painted out as.

Aries is the leader of the zodiac, so taking charge in life comes naturally to you. You know what you want, and you go for it. But overall, your spirited energy is playful and vibrant and can very often l up the people around you.

One of the biggest myths about Taurus is that you're lazy and unmotivated to succeed in life. While you do love your leisure time, some signs might mistake your measured approach to life as apathy. However, it's silly to assume that a fixed earth sign like Taurus doesn't have a plan. The truth is that you work incredibly hard at everything—you're just in no rush to get things done.

You're also well aware that a little planning and saving in the moment can ensure a life full of prosperity and comfort. So, you're not afraid to sacrifice now for success later. As the sign ruled by Venus, the planet of love, attraction, and magic, you know it takes time and talent to accomplish your dreams, so you're perfectly content to take it slow.

READ THIS NEXT: Your Celebrity Nemesis, Based on Your Zodiac Sign.

As someone who frequently changes their mind, Gemini is often thought of as two-faced. However, flexibility is in your nature, and it's one of your hidden strengths. While other signs are set in their ways or too fearful to try something new, the influence of your air sign energy gives you the courage and curiosity to step outside your comfort zone.

Some might see your adaptability as inauthentic, but your charming and easygoing nature always seems to attract like-minded people who aren't afraid to shake things up. You might get called insincere, but one thing you're not is boring!

As a highly emotional and sensitive sign, Cancers tend to be seen as weak. Not only is conflating emotions with weakness an outdated notion, but your empathetic nature is what makes you such a force to be reckoned with.

Ruled by the Moon, the luminary that oversees emotions and intuition, you have a sixth sense when it comes to reading other people. This makes it easy for you to connect with others and shine as the natural leader you are. Sure, you're not as loud or bossy as other signs, but that's what makes you a source of motivation and comfort for the people around you. And knowing how to communicate with others and hold space for them is anything but weak.

It's easy to see how some could perceive Leo as selfish. Your natural charm, wit, and humor draw attention to you like a spotlight. Ruled by the Sun, the luminary and birth chart placement that governs the ego and heart, there's a certain je ne sais quoi to your personality that even your biggest haters can't deny. However, this stereotype ignores your huge heart and fierce loyalty to those you love.

While you don't shy away from the limelight, you're also the type to turn the focus onto others and help them shine. You're a scene stealer for sure, but you're certainly not one to put others down so that you can't get ahead.

Virely are the perfectionists of the zodiac, but it comes from your altruistic approach to life. You're critical of the little details because you're always looking to make the world a better place.

As the sign ruled by Mercury, the communicative messenger planet of the zodiac, it's yral instinct to speak up. Because you're able to see inconsistencies in situations and quickly address these issues, many people chide you for being nit-picky. However, as quick as you are to point out a problem, you're just as willing to jump in and help fix it. After all, you're a team player who is always looking out for others.

READ THIS NEXT: Your Unluckiest Month, Based on Your Zodiac Sign.

One of the biggest misconceptions about Libra is that you're indecisive and superficial. This is likely due to the influence of Venus, the planet of romance and aesthetics, on your sign. You're a natural romantic who likes to indulge in life. Why limit yourself when you can have your cake and eat it too?

But for you, balance is the name of the game. Though you do let life take you where it wants, when you feel inspired to take action over something, you can be sure the cardinal sign leadership energy in your chart will kick in. This isn't indecisiveness, you're just open to the possibility of what life has to offer. And in your mind, the more open you are to opportunity, the more it comes your way.

The most salacious of the stereotypes is the one associated with you, Scorpio. According to some, all you care about is sex and your obsessive ways are too intense. While that might be true for some of you, the truth is that many people are mistaking your passion and deep loyalty to the people you love as an obsession.

As the sign ruled by Pluto, the planet of death and rebirth, you're connected to your dark and mysterious side much more than others. You're not afraid to get deep with people once they've earned your trust, and with that connection, of course, comes intimacy. Your need for real, genuine bonds prevents you from faking surface-level attraction. It's all or nothing with you, Scorpio, and don't let anyone make you feel like that's a bad thing.

READ THIS NEXT: How to Break Up With Each Zodiac Sign, According to Astrologers.

The big misconception about you, Sagittarius, is that you're commitment-phobic and flighty. Of course, there's some truth to the rumors. You're not one to settle down in one place for too long and your fire sign nature does love a spontaneous adventure. However, the idea that you're incapable of falling in love or committing to something long-term is simply untrue.

In fact, the passion that burns in your heart is so bright that you guard it against people you know will try and snuff it out. Rather than opening yourself up to those who will try to change you, you prefer to keep things moving and explore new experiences. And if love or romance is part of your story, you'll be open and ready for it when it happens.

One of the biggest myths about Capricorn is that you're boring and only focused on your work. While it's true that you've got money on your mind, you're only obsessed with success because it allows you to provide for the ones you love.ae0fcc31ae342fd3a1346ebb1f342fcb

Saturn is your planetary ruler, and it rewards those who put in the work in every area of life, not just your career. When you have downtime to spend with friends and family, you're the first to cut loose and let your wild side out. After all, what's the point in hustling if you don't have anyone to share the fruits of your labor with? The truth is, those who think you're boring just aren't part of your inner circle.

READ THIS NEXT: How You Argue Based on Your Zodiac Sign, According to Astrologers.

Aside from people assuming Aquarius is a water sign (it's an air sign!), the biggest misconception people have is that you're emotionless. This tends to come up because you're a cool customer who knows how to stay calm in any situation. And while your emotions may not be reading on your face, your mind is always running a thousand miles a minute.

One of the main reasons you don't speak up often is that your ideas and passions tend to stray outside of what is deemed trendy or "normal." You'd rather find your fellow quirky people who make it easy for you to share how you really feel. 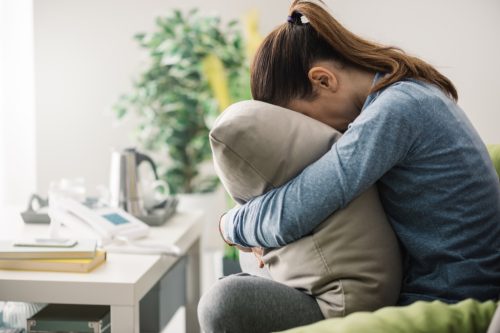 People tend to assume that Pisces is moody and grumpy. As a water sign who is mutable by nature, you indeed tend to feel things more deeply than those around you. And with all of that emotion comes the need to retreat into your own world. This is where your reputation for daydreaming comes in, as you're ruled by Neptune, the planet of dreams and illusions.

But this also equates to creativity, of which you have tons. Your massive imagination and intuitive side are the sources of your power. Others may see it as an avoidance tactic to shut out the drama and stress of the real world, but you're just recharging to take on your next artistic endeavor.