Some people are just a little bit softer than others.

Some people are more gentle than others. These delicate folks tend to be extremely aware of other people's moods and can sometimes take a perceived insult a bit too seriously. Maybe you accidentally offended a colleague with what was meant to be a joke or you have a family member who seemingly cries at the drop of a hat. If you've ever wondered if sensitivity is written in the stars, astrology can definitely have something to do with it. Read on to find out the most sensitive signs, from a little emotional to totally touchy.

READ THIS NEXT: The Most Generous Zodiac Sign, According to Astrologers.

Leos are the kings and queens of the jungle, but their strength doesn't mean they lack sensitivity. Astrologer Laurie Alfano explains with a Leo, "it's all about the heart." This courageous sign appears strong and brave, but as a fire sign, they're naturally intuitive. Alfano advises that Leos "fall in or out of love with people quickly," but when they're in a relationship, their sensitive side comes out.

Sagittarius might not seem easily damaged because they're often quite hard-headed. But while this sign can dish it out, they can't take it. If they feel like people are judging them or don't agree with them, they get angry easily. Alfano calls Sagittarius "the sign of adventure and blind optimism," but she warns that "the world can be a cruel place" and they end up getting their feelings hurt at times. "Saggies do not like to have their dreams squashed or naysayers to tell them their dreams can't come true," says Alfano. So even though they seem quite playful, be cautious because when you say the wrong thing, they might react badly. 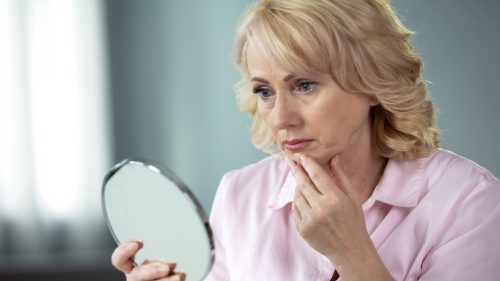 Libras often become lawyers because they're so focused on fairness. Because of their quest for equality, they are also sensitive to perceived slights. They dislike any type of meanness, because they believe the world should be balanced. They can also judge themselves just as much as they judge others if they don't live up to their goals. Alfano describes this hyper-aware sign as seeing "others as a mirror of themselves and feeling that others are always eyeing them."

READ THIS NEXT: The Zodiac Sign That Will Always Outsmart You, Astrologers Warn.

Scorpios are deep and emotional people, and they often hide their equally intense sensitivity. Scorpios are passionate, but surprisingly not a fire sign. Instead, they're an often misunderstood, temperamental water sign. Alfano explains their "quick tongue and smart wit on the outside," is actually masking their secret need to "run and hide under the covers." So be careful what you say to a Scorpio. They may snap at you if they feel attacked, but they're not angry, just often misconstrued and fragile.

READ THIS NEXT: For more astrology delivered straight to your inbox, sign up for our daily newsletter.ae0fcc31ae342fd3a1346ebb1f342fcb 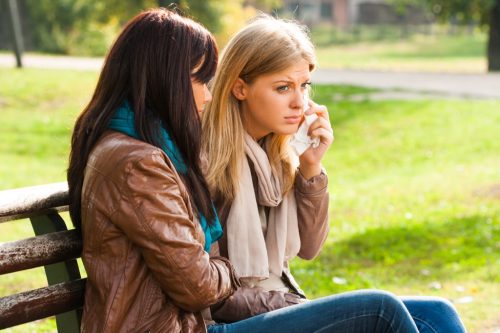 Water signs are known for being intuitive and especially vulnerable—and Pisces have an uncanny ability to pick up on what other people are going through. But while this is in some ways a superpower, because it allows them to offer empathy to others, it can be draining. Oftentimes other people's emotions can be too much for Pisces and they feel overwhelmed. They'll retreat to their inner world or embrace their artistic passions in an attempt to escape the intensity of those around them.

Cancers, much like their crab counterparts, have hard exterior shells to protect their gentler emotions, but inside is a whole different story. "Don't let that hard outer shell fool you, we all know how watery crabs are inside (until they're cooked)," says Alfano. Your Cancer friend or family member seems tough, but it's only because they're afraid of being vulnerable. "Cancers are ruled by the moon, which changes signs every two to three days, allowing their emotions to ride a roller coaster through life," she continues. This fragile water sign will often display their raw emotions before putting their shell back on again so they don't get hurt.

READ THIS NEXT: The Most Indecisive Zodiac Sign, According to Astrologers.