Some signs are just a little bit more self-important than others.

A pretentious person might always mention the Ivy League college they attended or only shop at fancy stores. These folks are just a little bit snobby, whether they're picking out a restaurant for a date or deciding who to be seen with, they can come across like they think they are better than others. If you're wondering why some people are more concerned about highfalutin things, astrology might give you some answers. Read on to find the most pretentious zodiac signs, from slightly pompous to overly ostentatious.

READ THIS NEXT: The Most Romantic Zodiac Sign, According to Astrologers.

Aquarians put on airs without even knowing it, especially when they decide to withhold information. Hollywood-based astrologer Ryan Marquardt explains this is because "Aquarius is a fixed air sign, which means it can be really stubborn with its opinions and the information it chooses to take in or give out." These geniuses can act like they're better than other people—and sometimes think they are.

Marquardt cautions that if this brilliant sign "doesn't learn to share its future-forward insights with others, they become a gatekeeper for information, only allowing a select few to understand what's going on in any given situation." Many times, this perceived gatekeeping comes from a deep-seated fear of being wrong. Aquarians aren't always pompous, it's often just a toxic mix of intelligence and insecurity.

Sagittarians are known for being close-minded at times, which can lead to them judging others, especially if they don't understand their life experiences. This sense of complete conviction can lead to them being perceived as self-important. "They radiate wisdom, but they can also weaponize that when they aren't careful," Marquardt explains. "Sagittarius is rooted in a thirst for life experience, but if your life experience doesn't match up with theirs, they can discount you quickly."

Marquardt warns that if Sagittarius doesn't learn to see other people's perspectives, they can "become too dogmatic, and other signs start feeling repelled by that type of pretentious vibe." It's not that Sagittarians are arrogant, it's that sometimes they can't see the other side of a situation.

READ THIS NEXT: The Most Confident Zodiac Sign, According to Astrologers.

Aries are often successful and they want everyone around them to know it. But it's not just that they're talented, they're also lucky. Marquardt tells us that because Aries is the first sign of the zodiac "they often have a strong sense of entitlement, even if they aren't working very hard to get what they want out of life." Marquardt also explains they don't "want to admit that they take short cuts or find loopholes, and they don't want to admit that other signs work harder." Because they're unwilling to admit they owe some of their success to blind luck, they can appear as entitled.ae0fcc31ae342fd3a1346ebb1f342fcb 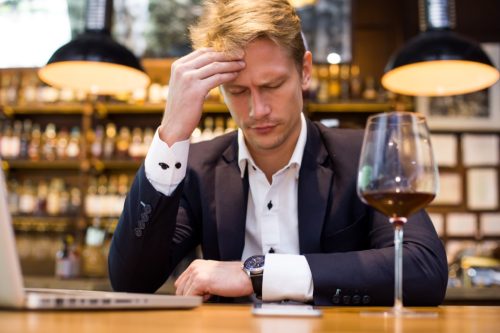 This air sign can sometimes seem slightly affected when they interact with others. "Libra is ruled by Venus, so you may sometimes see Libra exaggerating their sense of glamour," says Marquardt. This can be done by buying expensive jewelry or clothing and talking about their purchases constantly or by putting on airs. Expect Libras to be charming and attractive but a bit superficial.

Leo's famously think they're the kings and queens of the jungle. Though unlike Libras, they don't show off with material items. Instead, they believe they're the boss and they're not afraid to let you know it! "Leo thrives by outshining everyone else, and they don't have to do much to make that happen," says Marquardt.

Much like Aries, Leos are lucky, and can succeed without even trying. "Deep down, Leo knows they have a special gift to share with the world," Marquardt adds. "But if they wield their creative abilities too forcefully, their pretentious energy can easily outshine their natural sparkle."

Capricorns are focused on being mega-successful at life and at work. Once they achieve their goals, they show off with expensive items. "Capricorn is easily the most pretentious sign, because they chase status symbols in every way possible, whether by amassing a lot of money, or purchasing an expensive bag or car, or working their way into a position of power in their career," says Marquardt. Caps might seem uppity, but they do work harder than many other signs, and might deserve to flaunt their wealth.

READ THIS NEXT: The Most Passionate Zodiac Sign, According to an Astrologer.