These astrological signs only care about appearances.

Superficial people are way too focused on appearances. They can be overly concerned with things like material wealth, power, perception, and fame—and none of it runs very deep. These individuals only care about what they can get out of a relationship, and are more interested in how things look than how they feel. Yes, we all have a shallow side, but there are some zodiac signs who tend to be a bit more surface-level than others. Read on for the six most superficial signs, from slightly lacking in depth to appearance obsessed.

READ THIS NEXT: The Most Vindictive Zodiac Sign, According to Astrologers.

Virgos can be highly critical and judgmental; in fact they can't help it. Ruled by Mercury—the planet of communication—they feel compelled to share their opinions about anyone and anything that bothers them. Virgos think they have the ability to look at someone and evaluate them with a simple once-over, and like many overly superficial people, they don't have the self-awareness to avoid a backhanded compliment. 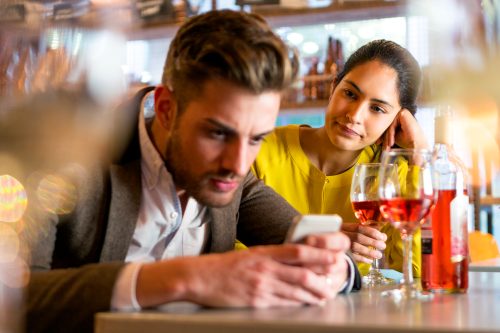 While Geminis love socializing, they're really more into the attention that comes with showing off their lifestyle on social media. This charming air sign has a huge problem with overbooking their calendar. They'll come to your party as long as it's the best thing to do that night.

Gossip is about as deep as a superficial person goes in conversation, and gossip is what you'll get with a Gemini. Overreacting, being a drama queen, starting rumors, it makes no difference—it's all about having the attention of everyone around them. And if you're not careful with what you tell a Gemini, you may learn the hard way that your bond with them wasn't as deep as you thought.

READ THIS NEXT: The Nastiest Zodiac Sign, According to Astrologers.

As the first sign of the zodiac, Aries are no strangers to finishing first. They love the glory and attention that comes with having nicer things, a better job, and more money than other people. It's all about appearances, and if Aries isn't getting the attention they crave, they'll do whatever it takes to get it. It's not that there's nothing real in Aries' life—it's more that sometimes being selfish is the best way to claim the number one spot.ae0fcc31ae342fd3a1346ebb1f342fcb

Shallow people are always looking for validation—and of all the zodiac signs, Libra is known most for their people-pleasing ways. Libras want to make everyone happy and keep the conflicts to a minimum. They position themselves as the meditators of the group in an effort to get praise and admiration from others. As a result, sometimes they play both sides of the fence, and that means their relationships don't always run deep.

Their perspective tends to stay on the surface, too, as Libras are afraid to give a strong opinion, or take a side in any confrontation. They're often more concerned with how others perceive them than being genuine or standing up for what they believe in. Because they try to be everyone's friend, it's hard to know where their true loyalty lies.

Ruled by Venus, the planet of romance, beauty, and love, Taurus is known for their love of luxury. This earth sign has a lot of pride, and want to show off their successes. As a result, they can be highly materialistic and all about money. They often aim to gain and flaunt material assets—and they measure other people's worth based on what they can show off. This mentality can trap Taurus in a shallow cycle of materialism fueled by ego and one-upmanship.

Leo is by far the most egotistical and superficial zodiac sign of them all. This creative fire sign is typically blessed with a huge amount of talent, which results in their overconfidence. Always the life of the party, Leo's larger-than-life ego allows them to carry off acts and outfits that other zodiac signs simply could not get away with, and look great doing it.

Leos are naturally attracted to the spotlight, making them incredibly concerned about others' perceptions of them. When met with resistance, Leo isn't above using their skills of manipulation to sway their audience. They can be very resourceful when it comes to getting what they want, and they believe the ends justify the means. After all, it's not that serious.

Lauren Ash
Lauren Ash is a St. Louis-based astrologer, columnist, and host. Her work has been featured in Bustle, ScreenRant, PopSugar, Pinterest, and Veranda Magazine, and more. Read more
Filed Under
Astrology • Fun Facts • News • Relationship Advice
Read This Next
Latest News
Read This Next