Sometimes a tough exterior can guard the most sensitive of souls.

While vulnerability may be called an emotional weakness by some, others see it as just the opposite. It takes courage to show your true colors, and it's often a more confident person who's willing to take the social risk. But sometimes, the most vulnerable among us are the ones who don't realize it. That's why we turned to astrologers to see who has this trait. Read on for their insights about which zodiac signs are the most vulnerable, from slightly sensitive to completely emotional.

READ THIS NEXT: The Zodiac Sign Most Likely to Break Your Heart, Astrologers Say.

As the perfectionists of the zodiac, Virgos crave a structured environment and regular routines.

According to Rachel Clare, an astrologer at Mysticsense, they are "the living juxtaposition between being a steady Earth sign, yet mutable in their seasonal positioning. This inconsistency makes the sign feel vulnerable when life's plans go off the beaten path."

However, part of their perfectionism is never showing weakness, so, likely, you'll never observe Virgo's vulnerability.

This passionate sign craves attention, yet fights to be independent—and all that fiery ambition can lead to bad choices and impulsive behaviors.

"You might think brash Aries is far from being vulnerable—but guess again," says author and astrologer Lisa Barretta. "This sign is susceptible to things like 'get rich quick' schemes. They jump into things before looking at all the working parts and variables."

READ THIS NEXT: The Most Insecure Zodiac Sign, According to Astrologers.

Fierce Leo is a natural leader. They're exploding with creative ideas and love nothing more than being in the limelight.ae0fcc31ae342fd3a1346ebb1f342fcb

But when they fail to be the center of attention, "they feel insecure and deeply vulnerable," says Clare. "This sign's wellbeing relies on the positive perceptions of others, so when this is compromised, a weak and self-conscious person is unveiled."

Professional astrologer Danny Santos says that Leos can also suffer from a fear of being forgotten or misunderstood. "The ego is a fragile thing, and Leo wants to embrace their sensitivity and bring it to the world. If rejected, Leo can be crushed, so it's necessary to find the balance between self-love and the approval of others."

As a water sign, Scorpio is emotional above all, but they work tirelessly to hide this vulnerability from others.

"Scorpio loves to present the image of stoicism and strength, and similarly expects these same traits to be demonstrated by those around them," explains Clare. "However, whilst they may often appear overly sharp or intimidating, these are simply the emotional walls they build around them for protection."

But when their feelings are hurt, there's a good chance they'll lash out with their "pincers and stinger," like the scorpion, says Santos. Constantly covering up their true feelings is what gives this sign the reputation of being mysterious and secretive.

Pisces is the dreamer of the zodiac, viewing the world through rose-colored glasses. They're the type to take in a stray animal or help a stranger in need, which can cause them to be taken advantage of.

Because they absorb the emotions of others, Pisces can easily get overloaded. Though their generosity seems endless, they often use their imagination to "tune out the cruel, harsh world," notes Barretta. And being detached from reality is certainly a vulnerable place. 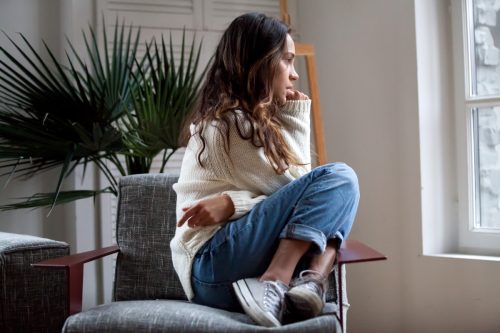 It's probably no surprise that the most emotional zodiac sign is also the most vulnerable.

"Ruled by the mysterious and changeable Moon, Cancers have a hard time keeping their anxieties and insecurities under control, and are very easily hurt by people," explains Clare. "This vulnerability leads them to rely heavily on friends and family for emotional support."

But this also means that "any sign of rejection or dismissive actions will send them scuttling back into their shell," notes Licia Morelli, professional psychic and co-founder of HeyClair! "Cancer is constantly searching for safety, security, and well-being. And they want to know that if they show you their feelings, they won't be teased or ignored."

However, if you've earned the trust of this sensitive sign, they will be incredibly loyal and nurturing to you in return.