These astrological personalities won't stop until they have power.

Some people simply crave power. Whether they want to be the boss at work or hope everyone will envy them online, there are certain personalities who want influence above all else. And it's something that can disrupt friendships, relationships, and work dynamics. Have you ever wondered why some people are more determined than others? Astrology might just be able to provide some answers. Read on to discover the six most power-hungry signs, from a little self-important to totally megalomaniacal.

RELATED: This Is the Zodiac Sign Most Likely to Cheat, Data Shows.

Sagittarius wants everyone around them to bow down, whether it's their family or their colleagues. According to writer and astrologer Rebecca Farrar, the Sagittarius motto is "go big or go home." While this sign loves to joke around, much of that is to get the attention they feel they deserve. Farrar says this "classic class clown may try to win others over and gain power through charm." Expect them to crack jokes in their quest to make sure people like them. 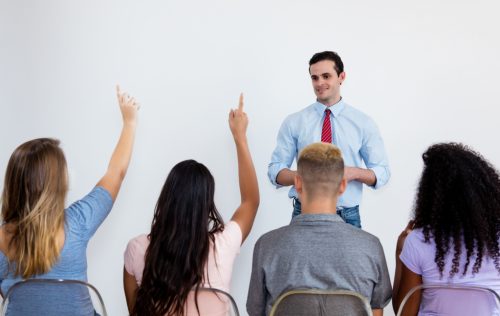 Aries wants to be in charge in their personal lives and at the office. "The ambition of Aries can sometimes come from a drive for more," says Farrar. If you're dating an Aries, expect to wait up for them while they spend late nights at the office. These punctual planners won't be happy until they have the respect and success they crave.

Maria Hayes, astrologer and founder of Trusted Astrology, describes Aries as born leaders who get involved with causes quickly and have others follow close behind. Because of this, they're pros at getting and maintaining power. However, Hayes warns, "once they get drunk on all the authority that has been given to them, they won't stop at anything to expand their ability to lord over things."

If you know a Taurus, you know they want a job they love and feel comfortable in, and they'll do anything to make sure they're untouchable at work. They crave success and financial comfort because they enjoy the finer things in life. Farrar says this single-minded sign "goes after what they want and may bulldoze others in the process."

Alice Alta, resident astrologer for the Futurio app, says, "Taurus is considered quite conservative and hardworking, but at the same time may have a complex of power," adding that this has led to "revolutionaries and dictators" in history.

Leos are naturally charming and just want everyone around them to love and respect them. Because of this, Leos prefer being in "high-profile places with social capital to be gained." "The number of social media followers may make a Leo want to be your friend if it seems you have influence they don't," says Farrar.ae0fcc31ae342fd3a1346ebb1f342fcb

Hayes believes Leos "crave power, especially considering that they are able to capture everyone's attention, almost effortlessly." But this quest for control may lead Leos to hurt people who have wronged them along the way, causing them to "start a rumor, leak a scandal, or do just about anything to ruin the person that they dislike."

There's a reason your Capricorn colleague is so focused. They want to get ahead at work, which to them, signifies getting ahead in life. Farrar says this earth sign "craves status and may find it in structures of power such as large corporations or politics."

Expect your Capricorn office mates to work until the job is done, even if that means staying up late into the night. These hustlers never give up and are endlessly determined. Alta explains that this behavior is because Capricorns are natural politicians who "set long-term goals. "If they set a goal of gaining power, then they will achieve it," she adds.

Scorpios love to be seen as powerful by those around them, which can lead to them withholding information to make sure they're seen as the big boss. Farrar explains that "Scorpio defines power through its intimidation and boldness," which means they do their best work in finance and business.

Hayes calls it "no surprise that this sign is at the top of this list" because "manipulation and violence are among this zodiac's favorite weapons." Be careful, because their constant quest for control can lead them to "plot in silence and strike with precision and cruelty."

RELATED: The Zodiac Sign Least Likely to Fall in Love, According to Astrologers.