Throughout history, humans have always found ways to communicate via encrypted messages, and the modern-day version of these ancient runes is the emoji. Among younger generations, emojis are so popular that they have virtually replaced words in texts and social media posts, often to the consternation of parents desperately trying to figure out what encoded message they're trying to send. And while some emoji meanings are simple, others have a secret double meaning that needs to be deciphered, and some are quite complicated.

For example, a recent University of Birmingham study found that a balloon followed by a comma and a teddy bear meant "I'm thinking of you but don't have the words to say it." (You have to wonder how on earth that became a thing.) And that's just one of many fascinating secondary emoji meanings. So read on to learn the secret meaning behind some of the most popular emojis. And for more help deciphering texts, check out Here's What These 13 Baffling Emojis Really Mean. 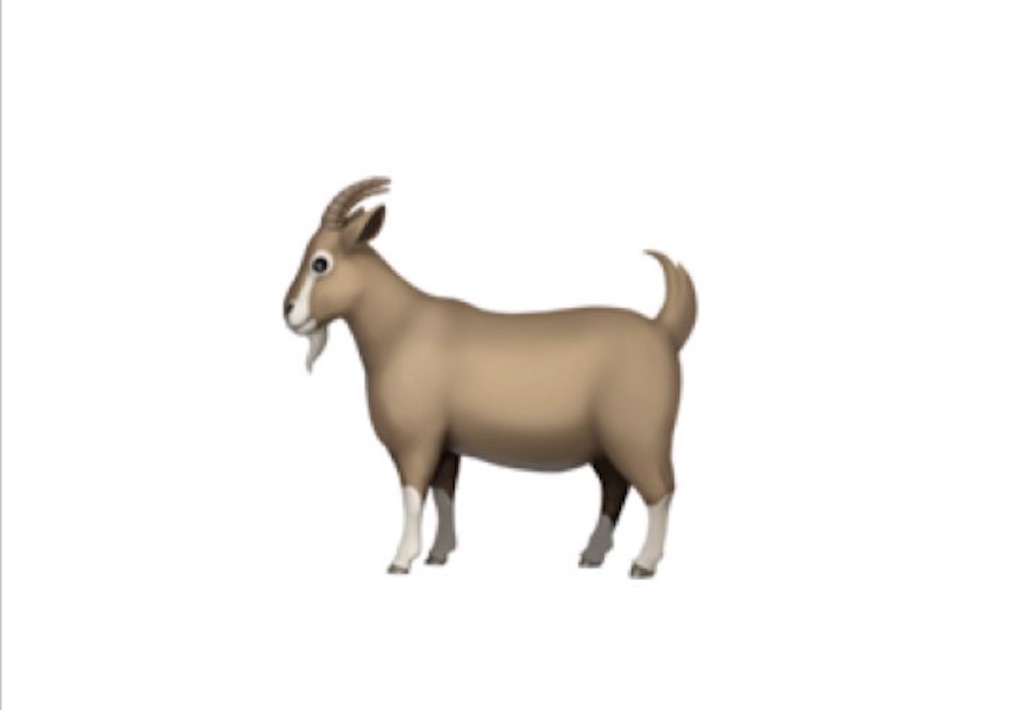 You'd never guess this, but the goat stands for the acronym GOAT: Greatest of All Time. If you see this emoji in your social media feed, it means you're being celebrated as the best in your field. 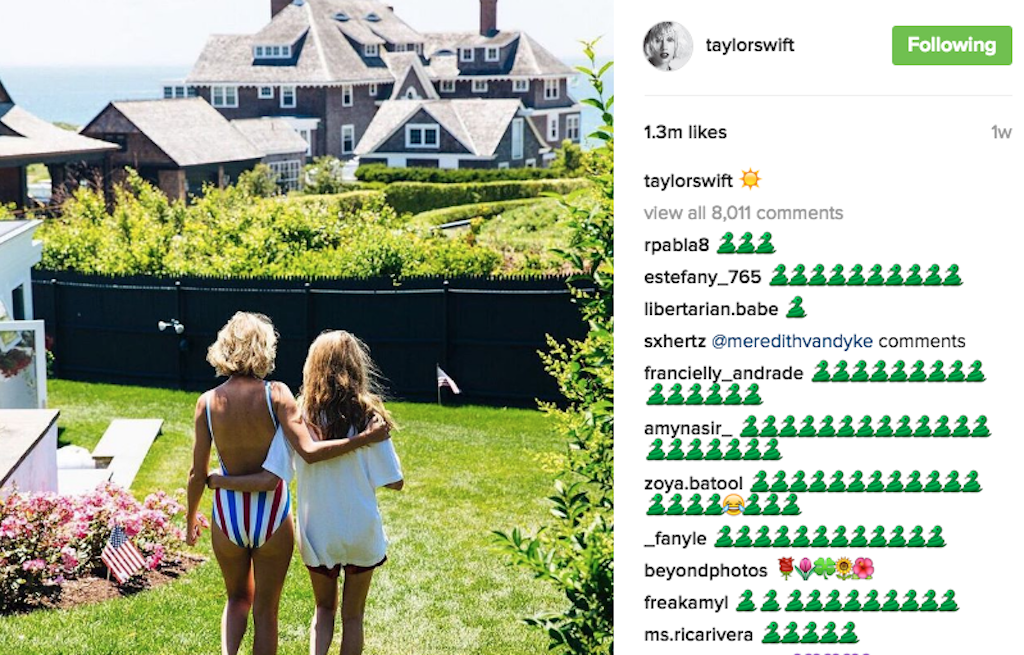 Beware if you see the snake, as it indicates that someone thinks you're a duplicitous backstabber. It became ubiquitous on Taylor Swift's Instagram page after Swift complained about a lyric referencing her in Kanye West's song "Famous," purporting to not have known about it, which prompted Kim Kardashian to then release an audio recording of West getting her approval on the lyric before releasing his hit. And for more juicy celebrity social media dirt, check out the 20 Craziest Celeb Twitter Meltdowns. 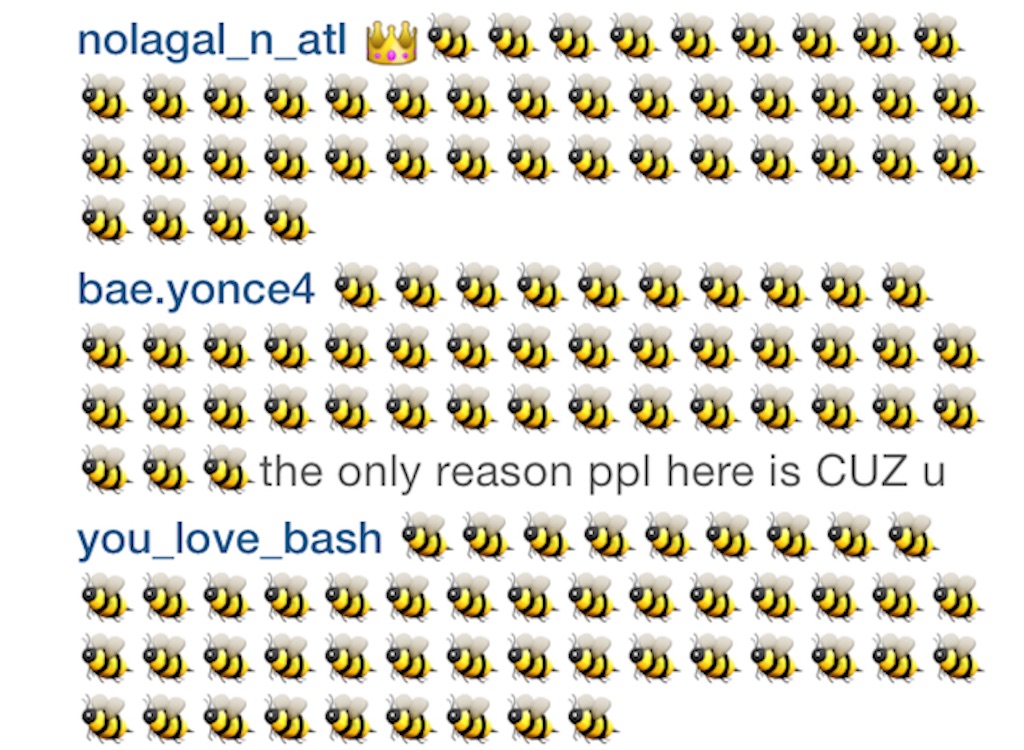 Given that Beyoncé's Internet name is Queen Bey, and her fans are known as the Beyhive, her followers will often swarm a post with bumblebees in attack if anyone dares throw shade at their almighty ruler. 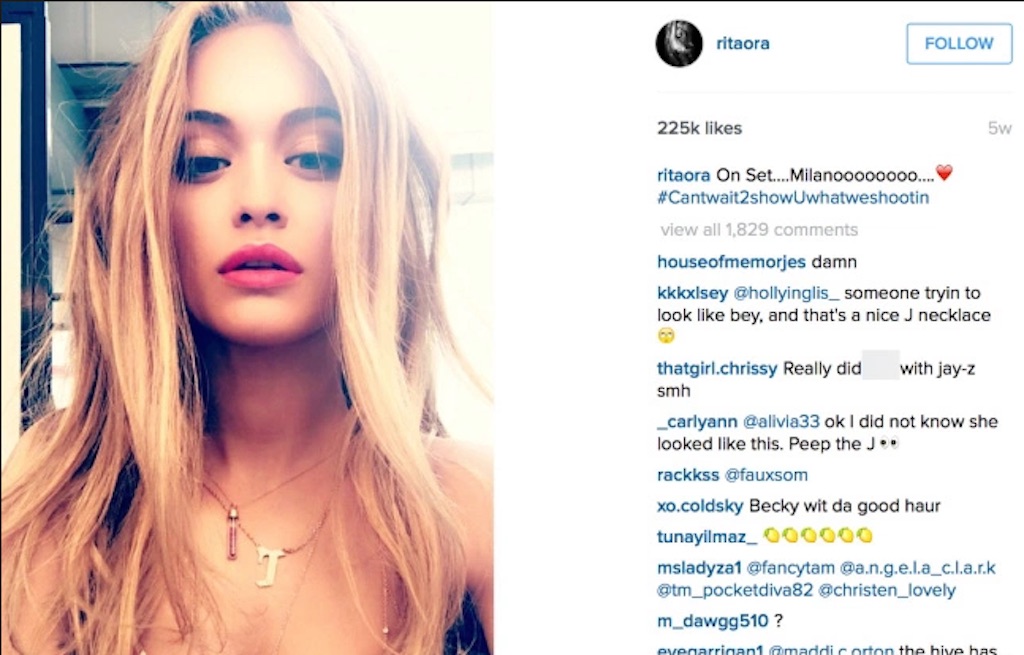 This is also a reference to Beyoncé, specifically her groundbreaking 2016 album, Lemonade. Twitter saw a massive spike in the use of the emoji in the weeks following the album's release, and while it's not as omnipresent today, it will forever stand for her masterful musical journey through of the various stages of infidelity. And, like the bumblebee, it's often used on the Instagram accounts of women her fans believe to be "Becky with the Good Hair," Bey's pseudonym for the woman (or women) Jay Z cheated on her with.

It stands for "cuddles" and is basically a virtually hug, even though the sea creature is not terribly cuddly (despite its many tentacles).

It may not be the sexiest image, but this actual indicates that someone is in the mood to get frisky.

It could mean the person is in the mood for pizza, but in the right context, a pizza slice or wedge of cheese is another way of saying, "I love you." Because communicating that isn't complicated enough.

This little flame indicates that something is hot, or as the kids these days would say, "lit." And to learn more of what "kids these days" talk, check out these 40 Words People Over 40 Wouldn't Understand.

The image of a fabulous woman performing in a long red dress does not signify the sender wants to hit up some salsa. It does, however, mean they want to party—hard.

In keeping with the fact that it is, after all, a weapon, the knife emoji means someone is in a very bad mood and wants to cause much destruction.

People often post this on someone's Instagram page to indicate that they are "on fleek," or, put colloquially, fabulous. It can also be sent in a text message to show that you are feeling as chill as a diva drying her nails, but its most popular use is as a response to indicate that you're not bothered about something someone said about you.

Some women send this to their friends to indicate they're about to have a rocking girls' night out, but given that they are modeled after Playboy bunnies, they can also be a code for sex workers.

You'd think this would stand for "Can I help you?" but it's actually used to express an exasperated "I don't even know what to think anymore."

This is a stand-in for male genitalia, and is often sent to illustrate the anticipation of sexy time. 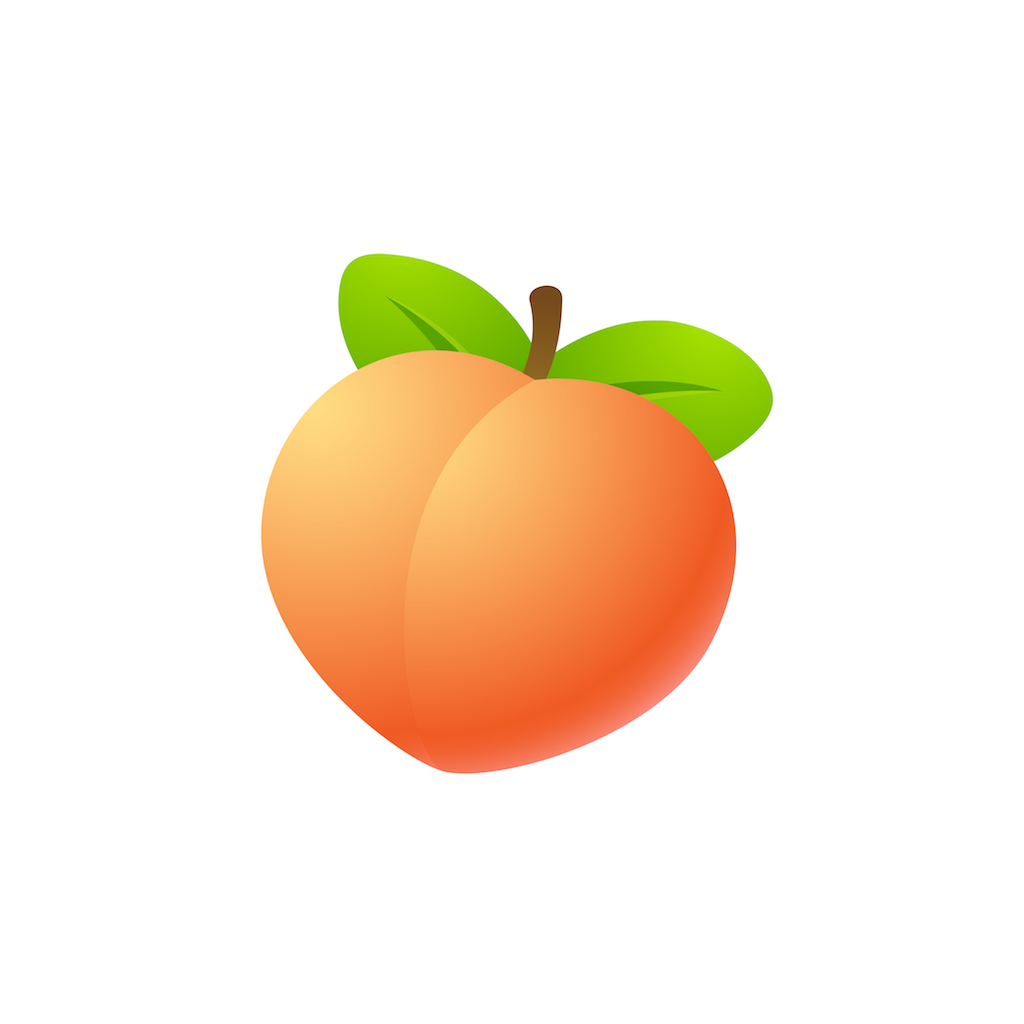 Another symbol for the human anatomy, it represents a derriere. 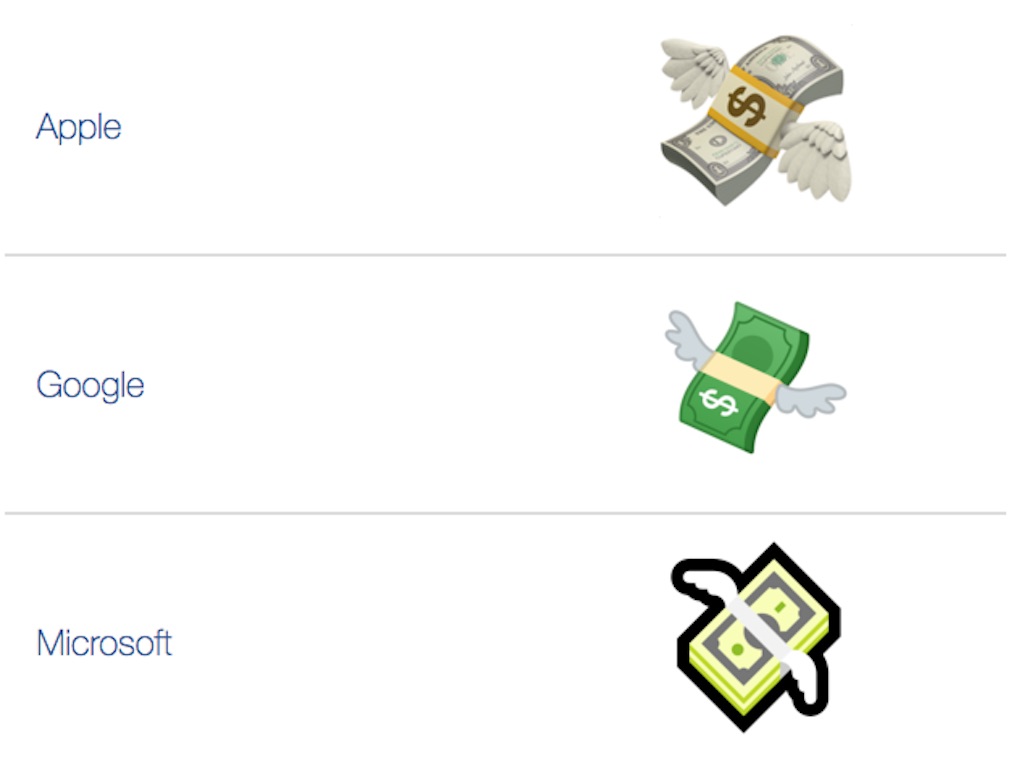 You'll often see this on Venmo next to, say, a lightbulb, to indicate someone has sent their roomies money for the energy bill, which was so expensive they feel like they are literally watching their hard-earned cash fly away. 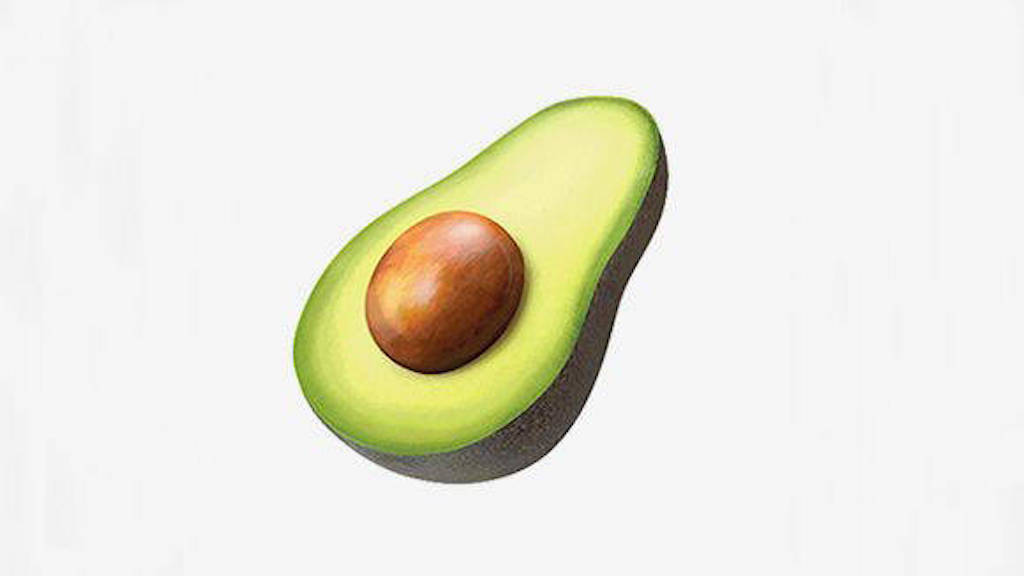 Given the Millennial obsession with avocados, you'd think this would symbolize something good. But given the eye-roll-worthy enthrallment with this fruit, it's often used to indicate someone is hopelessly "basic" and just does whatever is trendy at the moment. 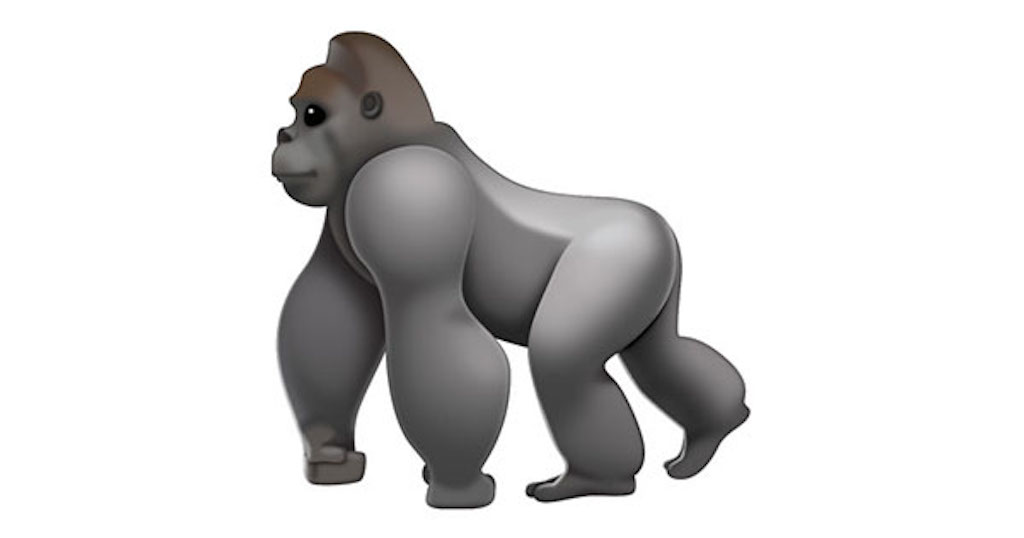 This will always stand for Harambe, the majestic gorilla that made headlines in 2016 when he was shot dead after a little boy crawled into his enclosure. No, we're still not over it. 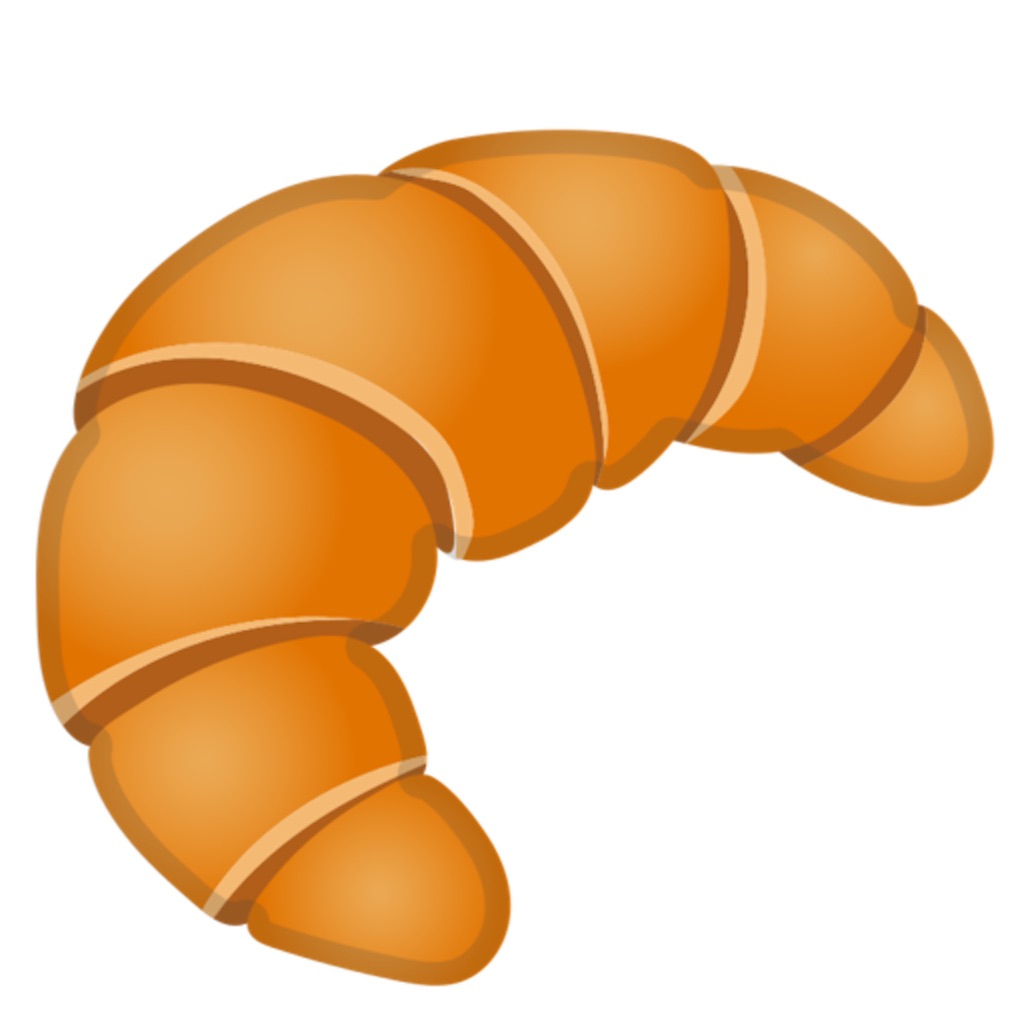 Across the pond, croissants are being used to indicate opposition to Brexit, given that they're the most European food item in the emoji arsenal. 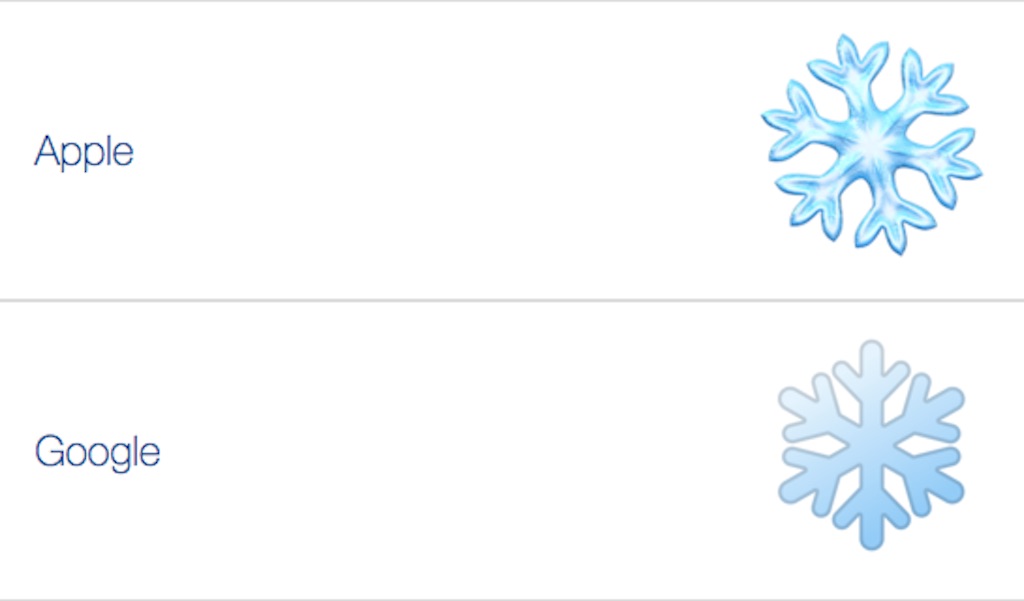 You might see this pop up during a Twitter argument when someone wants to call someone else a "snowflake"—a derogatory term to describe a young person who is easily offended and overly fragile compared to previous generations. 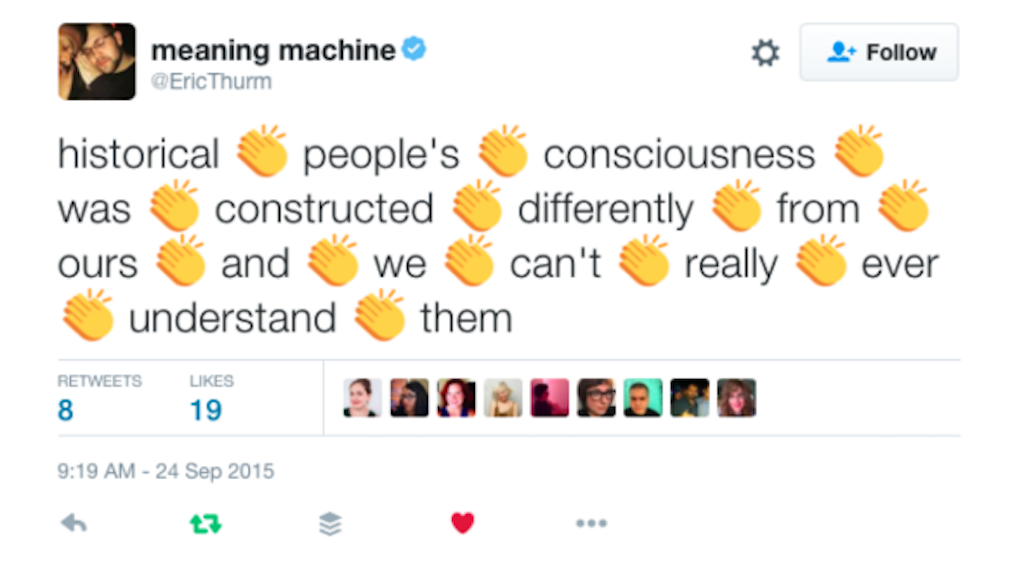 One of the simpler emojis, it's often used to applaud something someone says. But you'll also often find it inserted in between every single word in a sentence, as a passive aggressive way of emphasizing something that people can't seem to get into their thick heads. 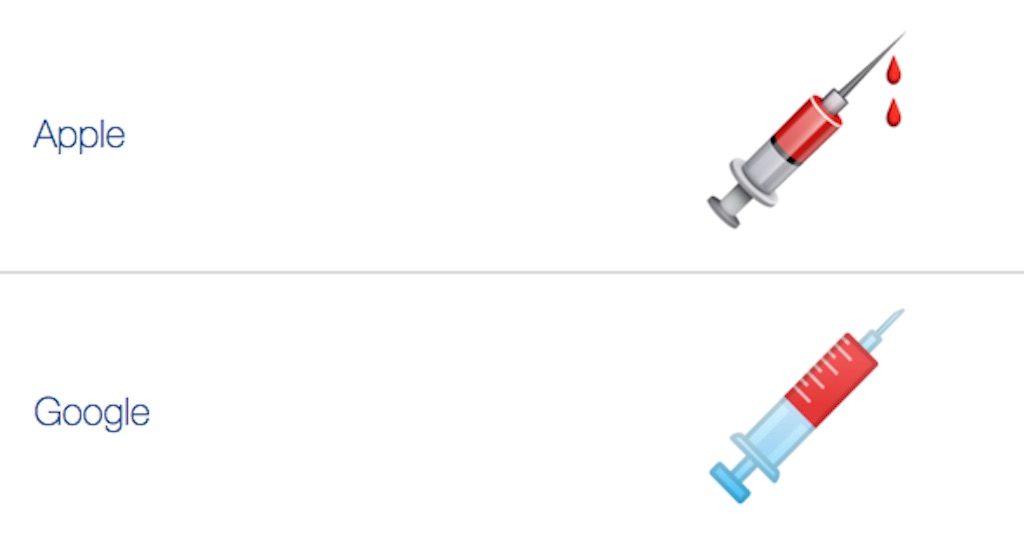 Don't panic. As foreboding of an emoji as it may be, the syringe can stand for a tattoo needle, and is often used on Instagram to celebrate getting new ink. And if you're on the fence about getting inked up, try out any of these 100 Amazing Tattoos for First-Timers. 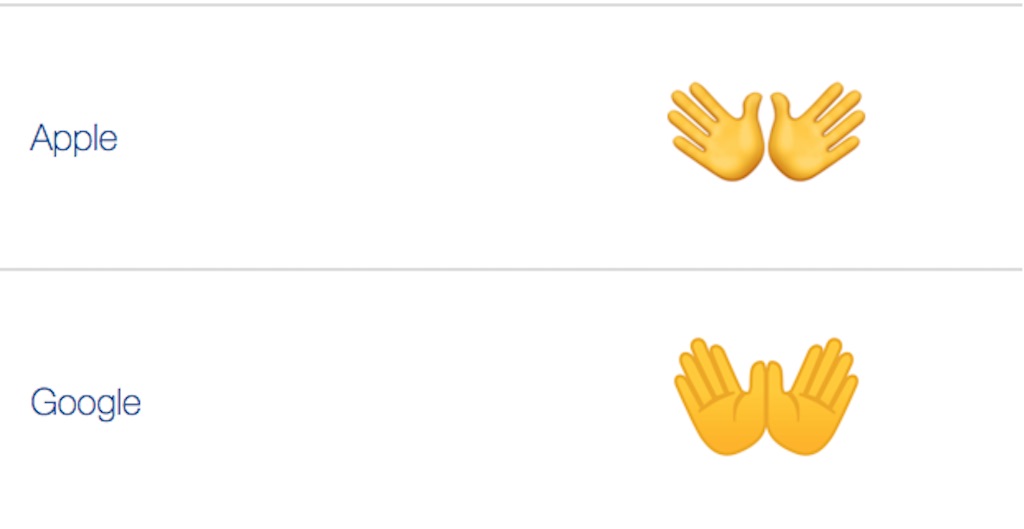 This emoji is supposed to represent openness, or a hug, but it's now often used as a reference to Red Bull, given its resemblance to the energy drink's winged logo. 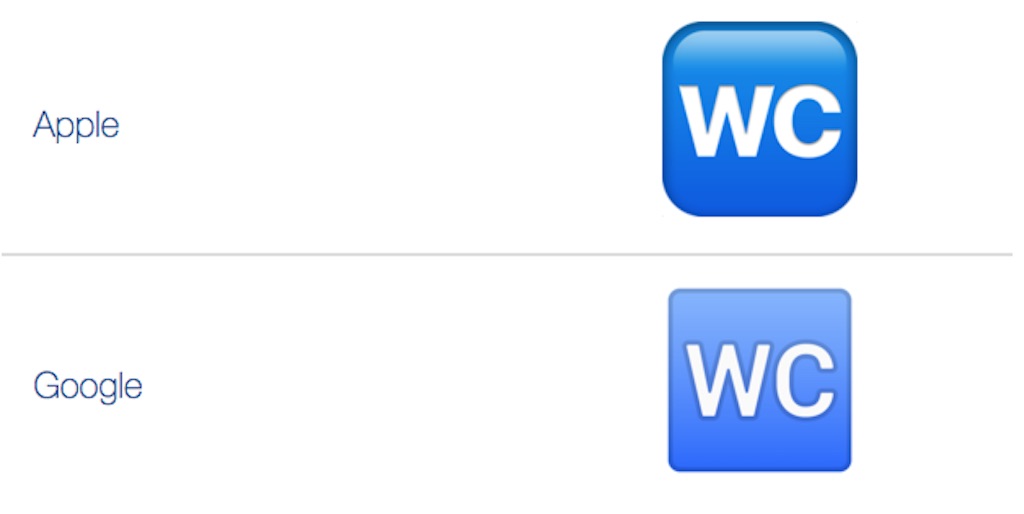 In real life, it's not the sexiest of signs, but in emoji form, it's been repurposed to mean "woman crush." 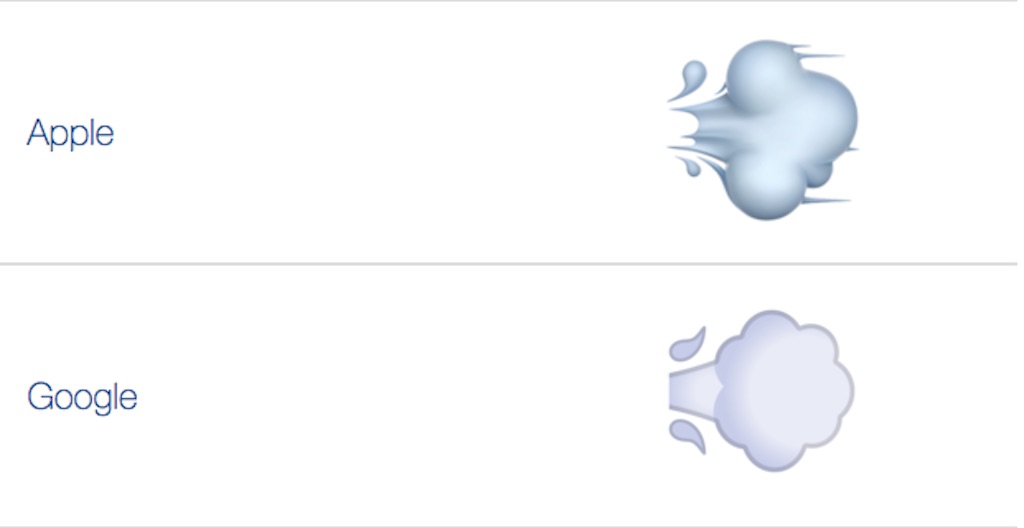 This emoji is supposed to indicate someone running so hard they leave a trail of smoke behind them, but it now often serves as a symbol for vaping.

Diana Bruk
Diana is a senior editor who writes about sex and relationships, modern dating trends, and health and wellness. Read more
Filed Under
Fun Facts
Read This Next
Latest News
Read This Next