A Look Back at Emily Ratajkowski's Steamy Instagram Diary from Cannes

She's since left the glitzy film festival, but boy did she leave her mark.

This year's Cannes Film Festival has been a typically glitzy and eventful affair. Netflix continues its streaming domination, Leonardo DiCaprio showed up with his party game face on, and Adam Sandler—of all people—has earned high praise for his acting (in Noah Baumbach's The Meyerowitz Stories). But leave it to Emily Ratajkowski—supermodel, activist, aspiring actress—to sweep through Côte d'Azur as the real-life goddess she is and hog all of the attention on Instagram.

Yachts. Red carpets. Infinity pools. Late-night dance sessions with other beautiful women. Of course, this is all par for the course for the ethereal beauty. And right now, Ratajkowski is continuing her strong push into acting and clearly making an effort to raise her profile at every turn. (After a small role in David Fincher's hit Gone Girl, she just recently signed on to star in a thriller with Breaking Bad's Aaron Paul.)

Whether or not her career on the big screen continues to flourish, her career on the small screen couldn't be any bigger. With that in mind, here are some of her finer moments in France. And for more sunshine and beautiful women, don't miss the most beautiful spokesmodels on television. 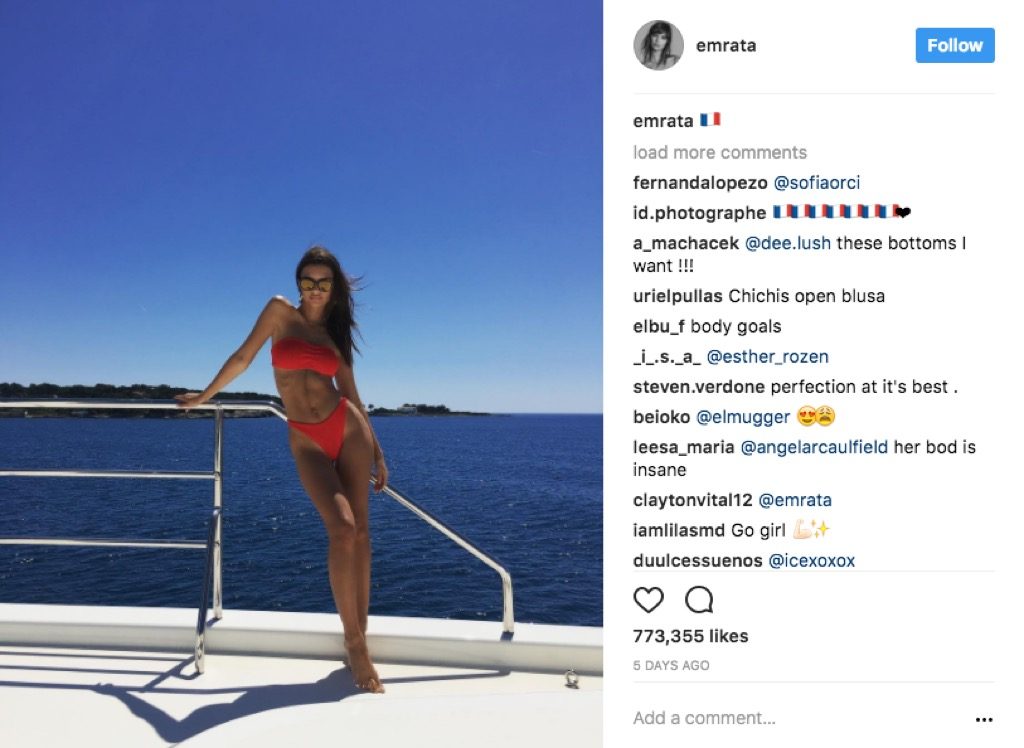 Ratajkowski kicked off the trip with a jaw-dropping strapless bikini. 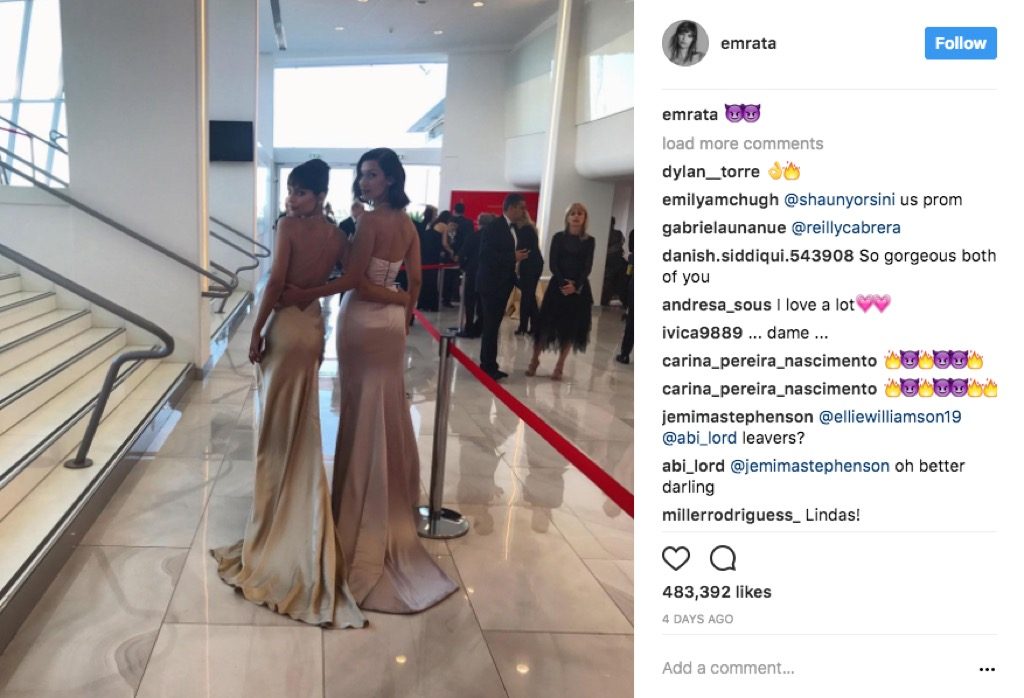 And here she is with friend Bella Hadid, both all dolled up in ballroom gowns. 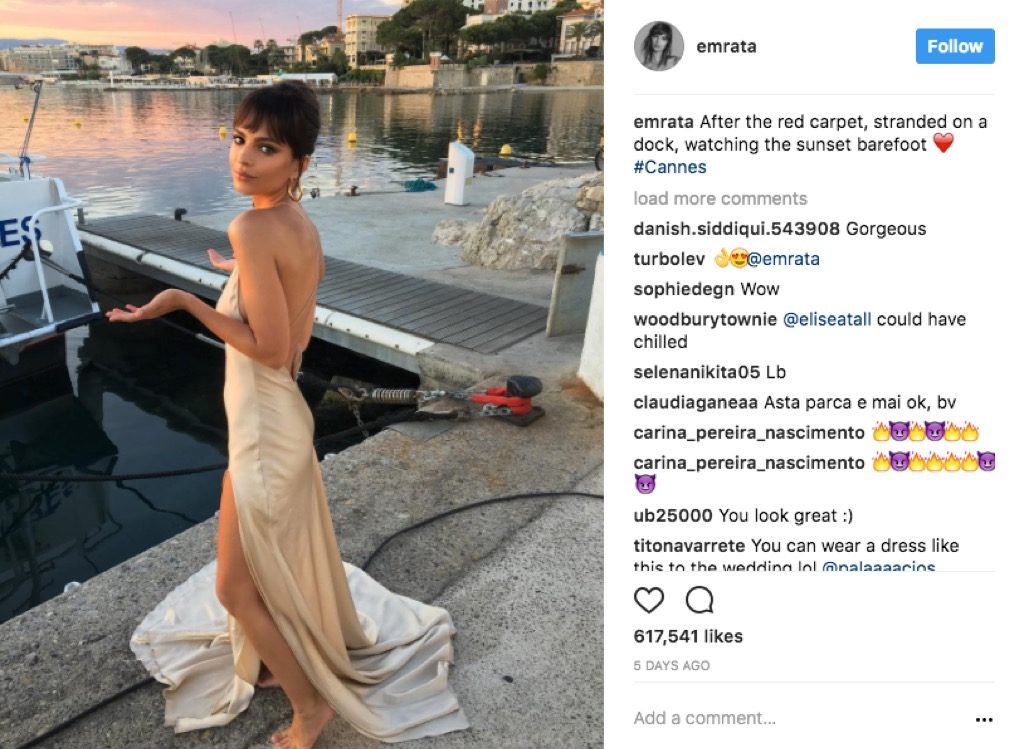 Until things went downhill, and Ratajkowski got stranded on the dock, shoeless. 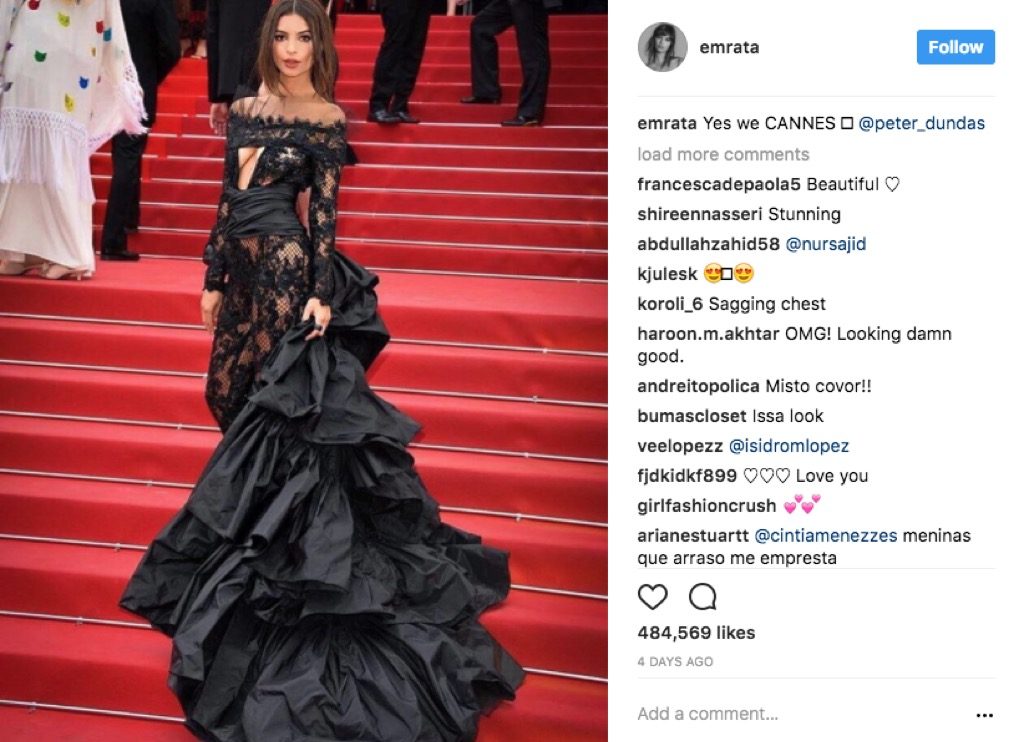 She made it home eventually, though, as here she in on the red carpet the following day. 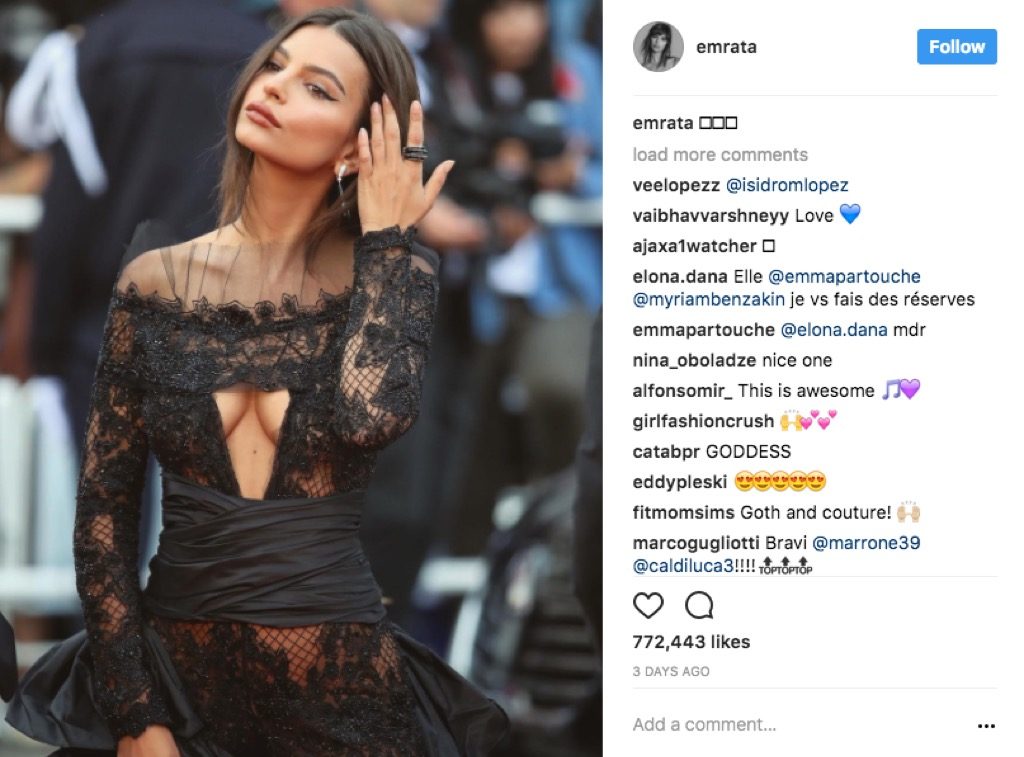 And here's that same bombshell look—close up. 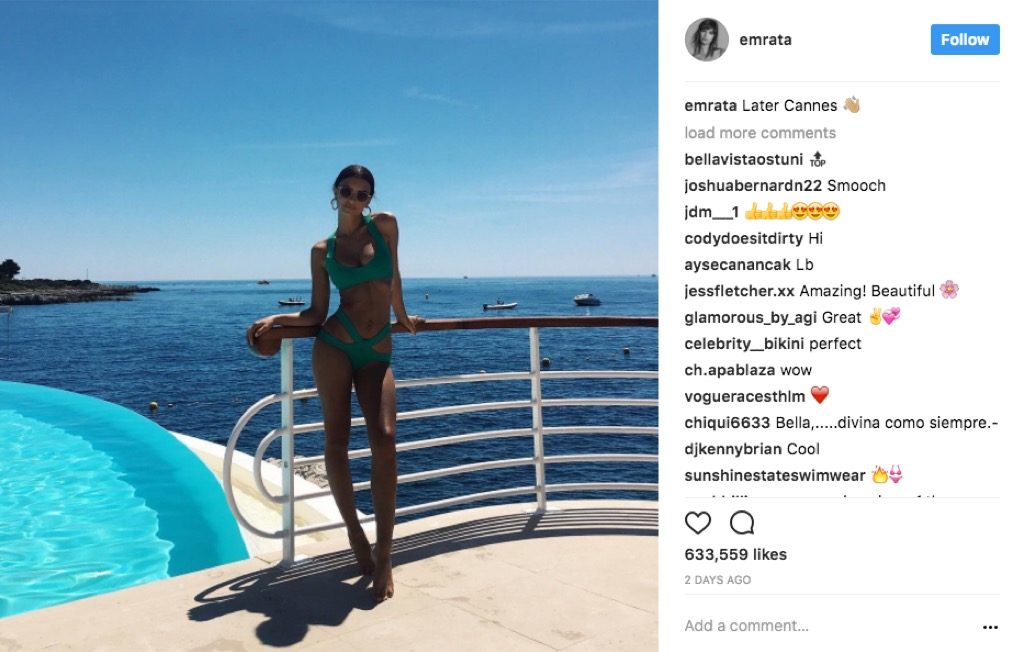 Bye, Emily! Wish we could've been there with you.