Meet the Mystery Men Who Are Dating Your Favorite Supermodels

Because someone's got to!

Have you ever watched a Victoria's Secret Fashion Show—or flipped through the pages of a magazine—and thought to yourself, "Huh, who on earth is so lucky to date such a physically perfect human specimen?" (Us, too!) And guess what: They're all not Tom Brady. You might assume that supermodels' dating prospects include only famous athletes, rock stars, and A-list actors, but many opt for partners who eschew the limelight instead. In fact, many of the world's most famous beauties are dating regular Joes who just so happened to sweep them off their feet.

These models have forgone fame in favor of somebody they truly belong with. Entrepreneurs, CEOs, marketing managers, and salesmen have all managed to land relationships with women who call the catwalk their home. And for even more surprising star couplings, check out these 20 Celebrity Couples With Huge Age Gaps. 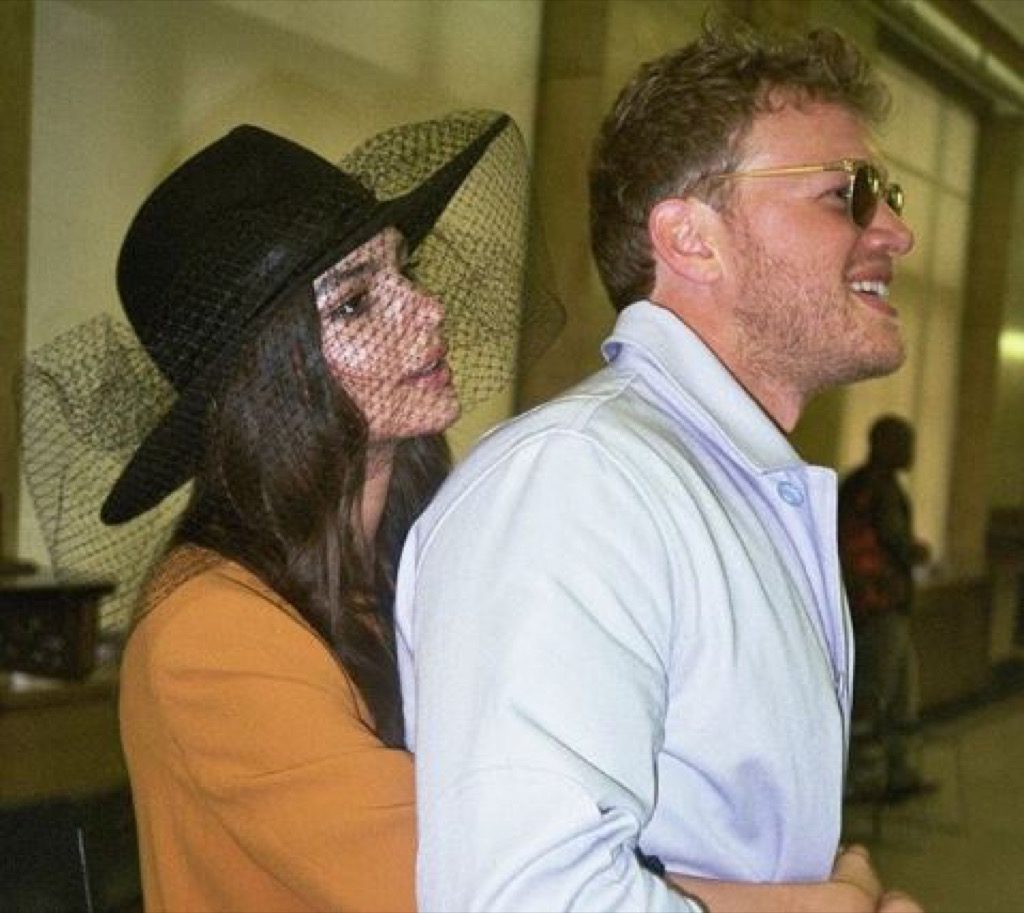 Just this year, Emily Ratajkowski married producer Sebastian Bear-McClard after the two had only been officially dating for a few weeks. Bear-McClard is a producer who's worked on Good Time and Heaven Knows What. In 2014, he launched a production company called Elara Pictures with the Safdie Brothers and producer Oscar Boyson. He's currently got a Jonah Hill movie and a 48 Hours remake in the pipeline. 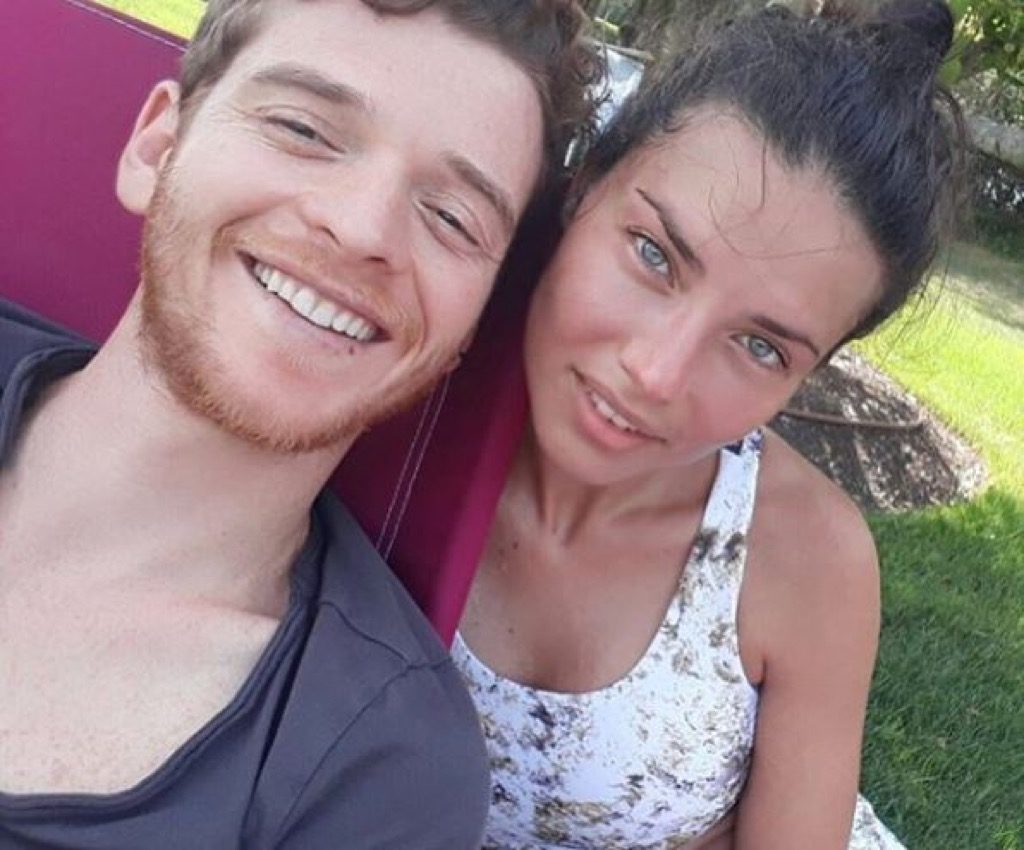 For the past year, Adriana Lima has been dating Metin Hara, a Turkish author, healer, and physiotherapist. Hara wrote the book Invasion of Love: The Path, and gives seminars on how the power of thought can affect human health. And to feel the influence of positive thought in your life, check out these 15 Body Positive Affirmations That Actually Work. 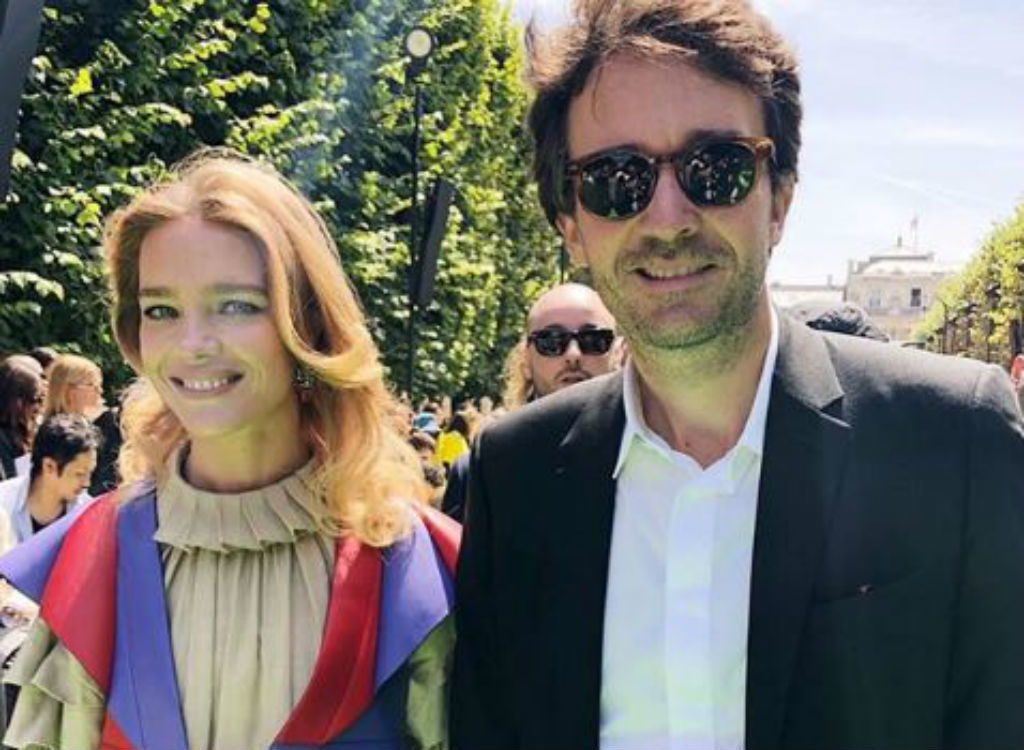 Natalia Vodianova and Antoine Arnault have been together since 2011. The couple has two sons. And while he's not exactly a household name, Arnault is no slouch, either—he's the CEO of Berluti, which is a subsidiary of LVMH Moët Hennessy Louis Vuitton SE. 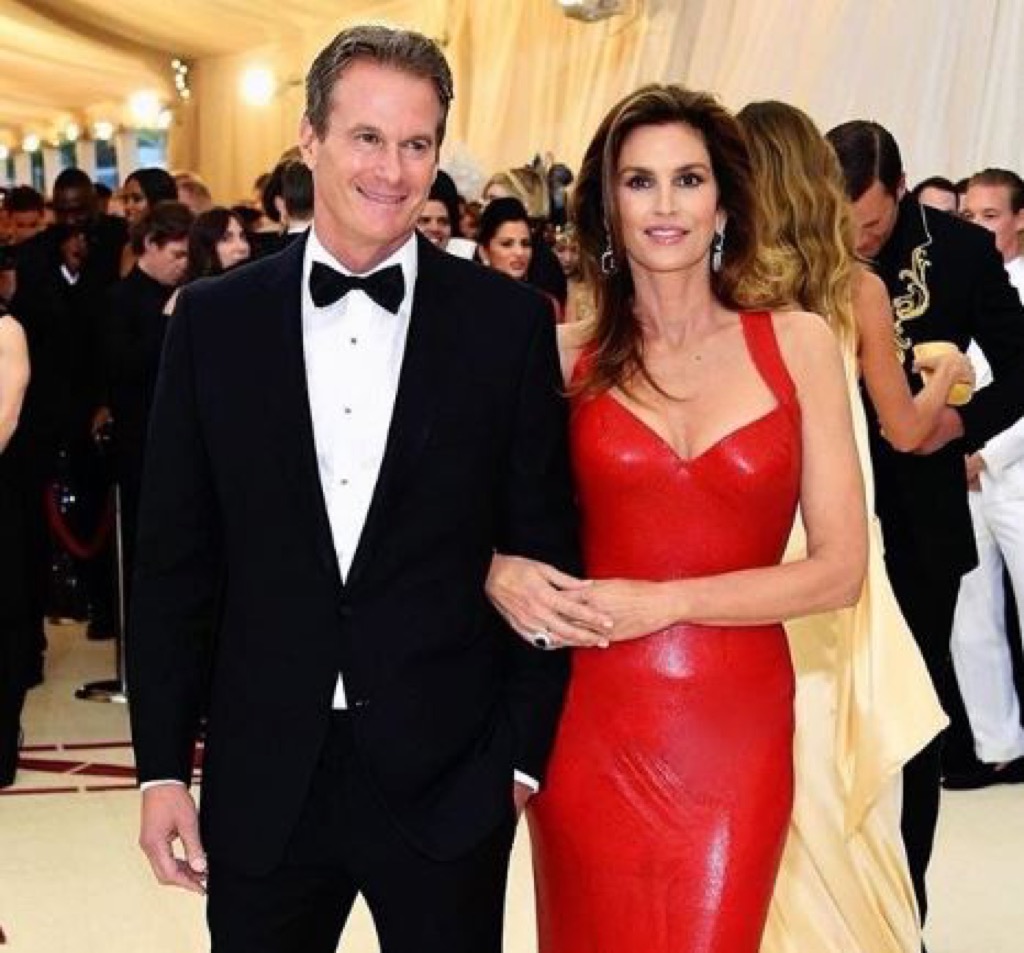 Cindy Crawford has been married to businessman and former model Rande Gerber for 20 years. They have two children, both of whom have also gone into modeling. And while Gerber isn't exactly a celebrity by traditional standards, he and George Clooney are good friends and even started a tequila company together. The tequila company, Casamigos, recently sold for $700 million. Aside from that, Gerber's portfolio is mostly restaurants and bars. And if you think George Clooney making tequila is strange, check out these 30 Commercials You Didn't Realize Were Voiced by Celebrities. 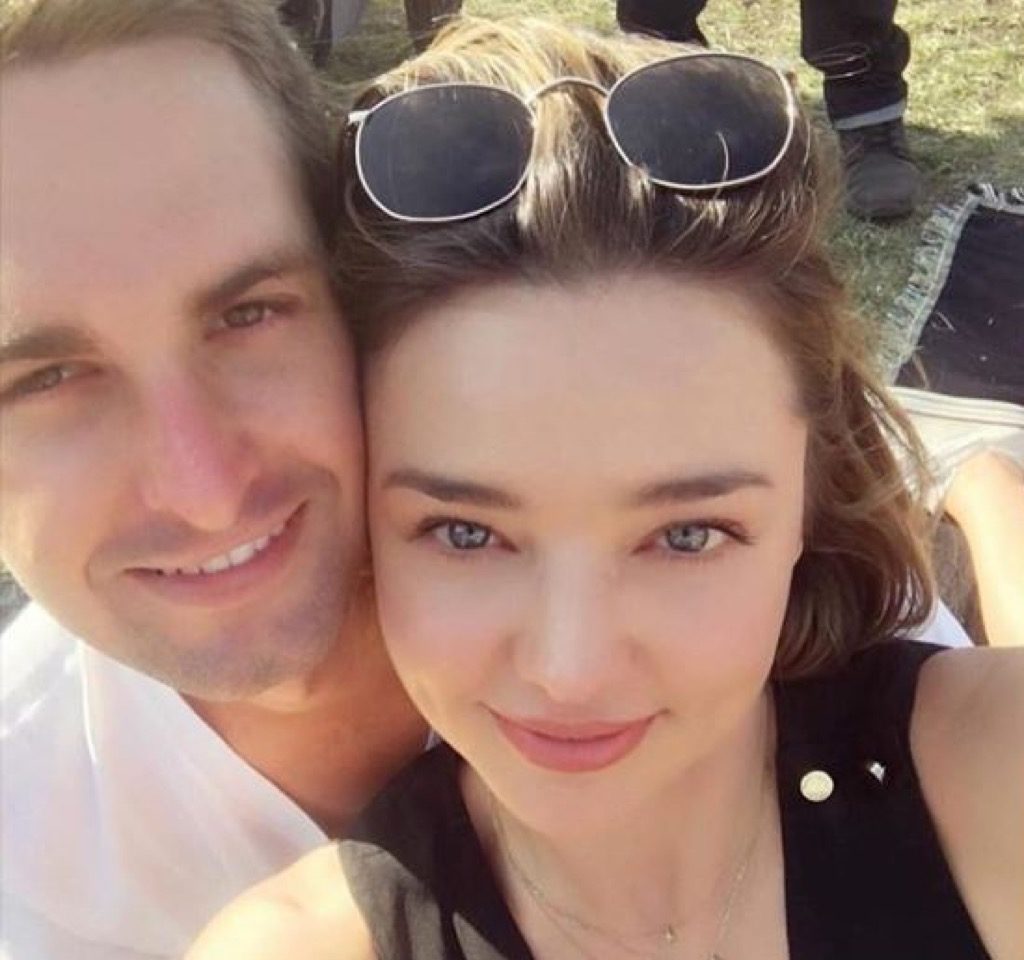 Miranda Kerr started dating Snapchat CEO and co-founder Evan Spiegel in 2015. They married last year and have one child together. Spiegel developed Snapchat when he was still a student at Stanford and has an estimated wealth of $4 billion. 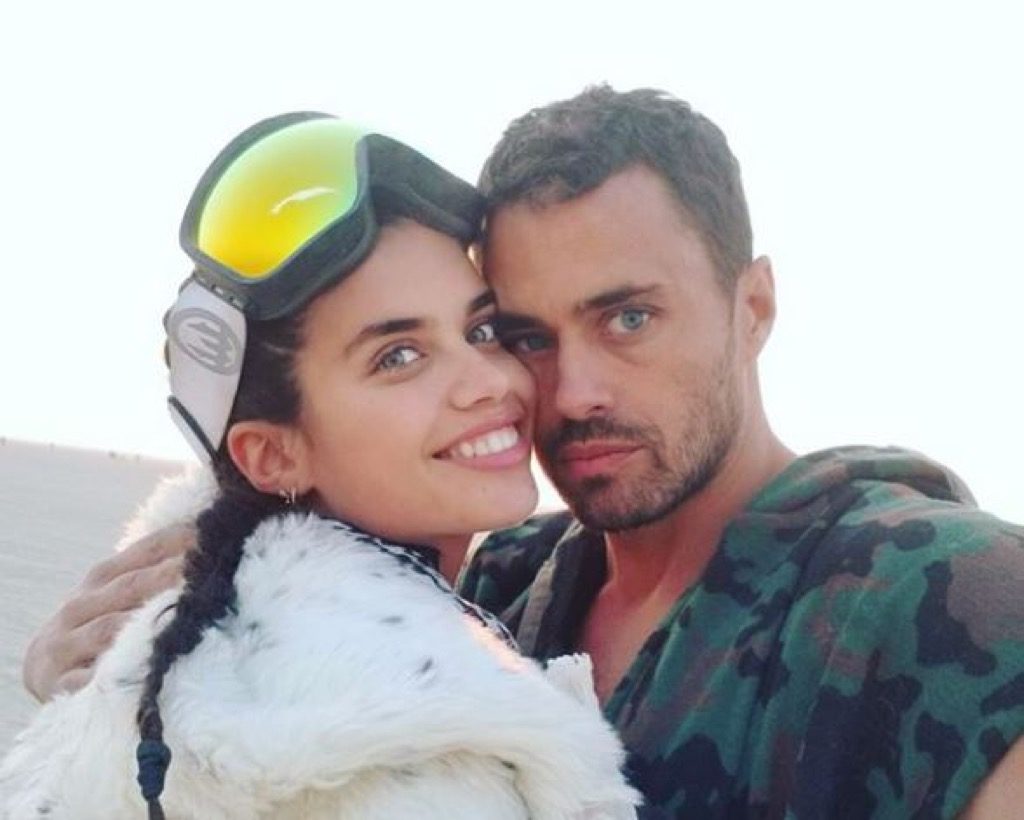 Portuguese model Sara Sampaio and boyfriend Oliver Ripley have been dating since 2015. Ripley is the CEO of a tech holding firm called Black Ocean. Prior to dating Sampaio, Ripley was married to another model, but they divorced. 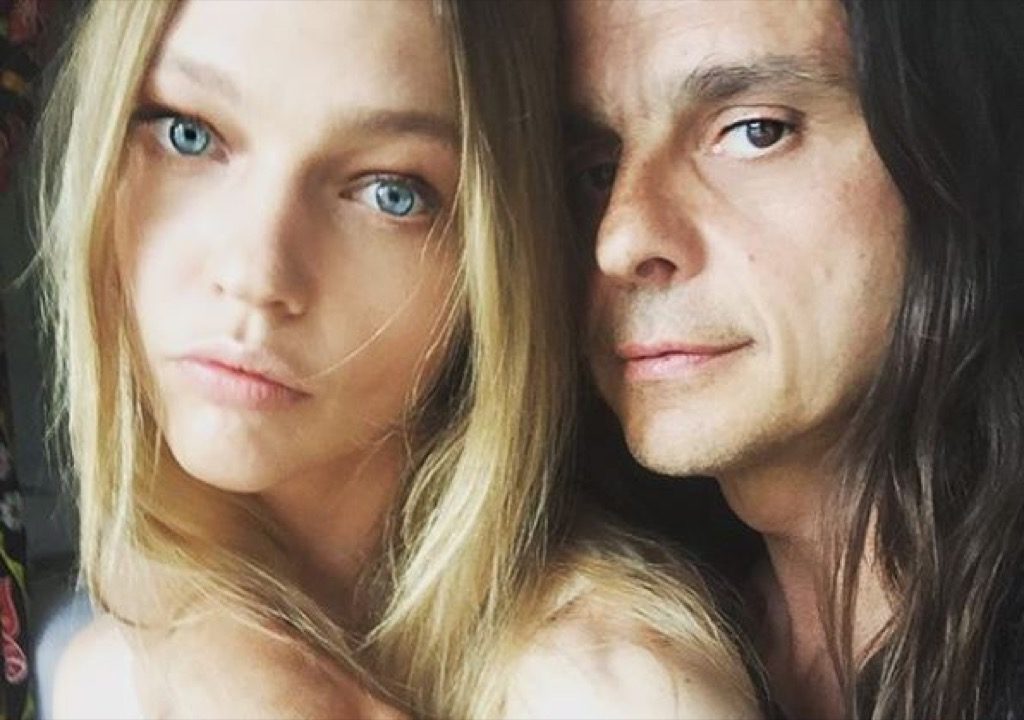 Sasha Pivovarova has been married to photographer Igor Vishnyakov since 2009. Pivovarova had never considered a career in modeling, but Vishnyakov, who was a friend at art school, took photos of her and sent them to a modeling agency, which started her career. It's clear the coupling is still working out for the two lovebirds, who have a 5-year-old daughter together. And if you're trying to get your career off the ground, check out the 40 Best Ways to Jumpstart Your Career. 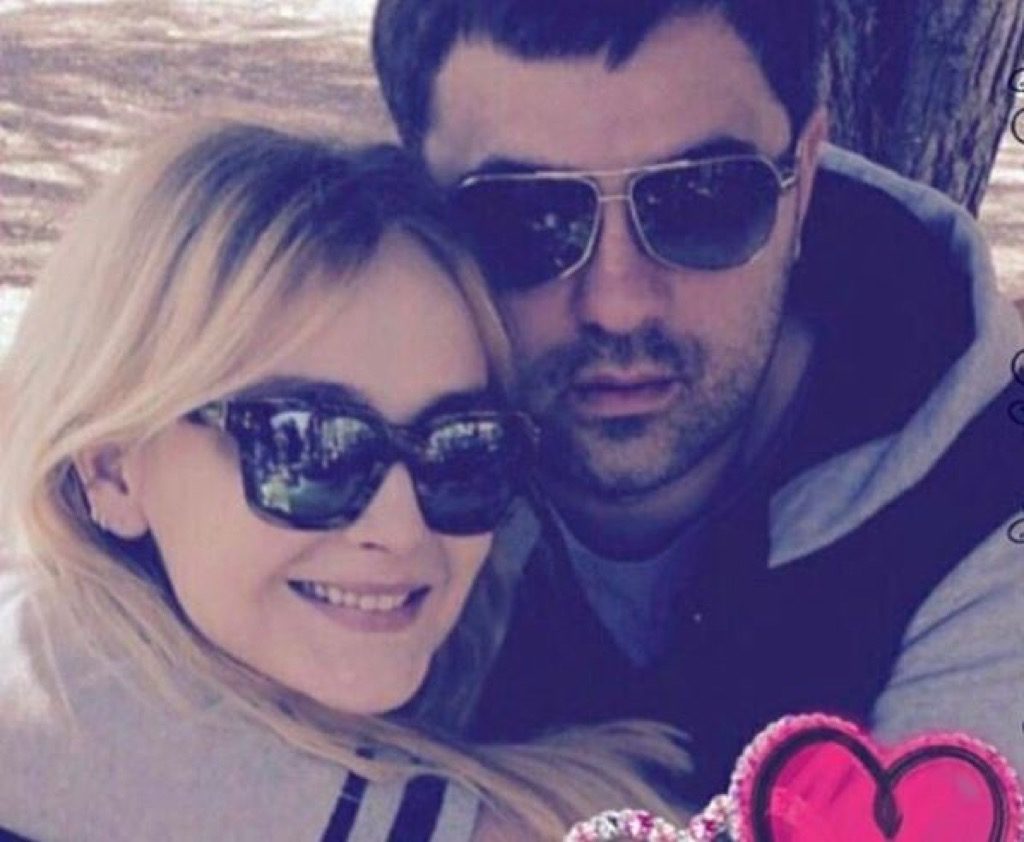 Model Snejana Onopka married Mykola Shchur in November of 2011. While Onopka has walked the runway and appeared in ads for everyone from Prada to Louis Vuitton, Shchur is a businessman who seems to do a lot of fight promoting, judging from Onopka's Instagram.ae0fcc31ae342fd3a1346ebb1f342fcb 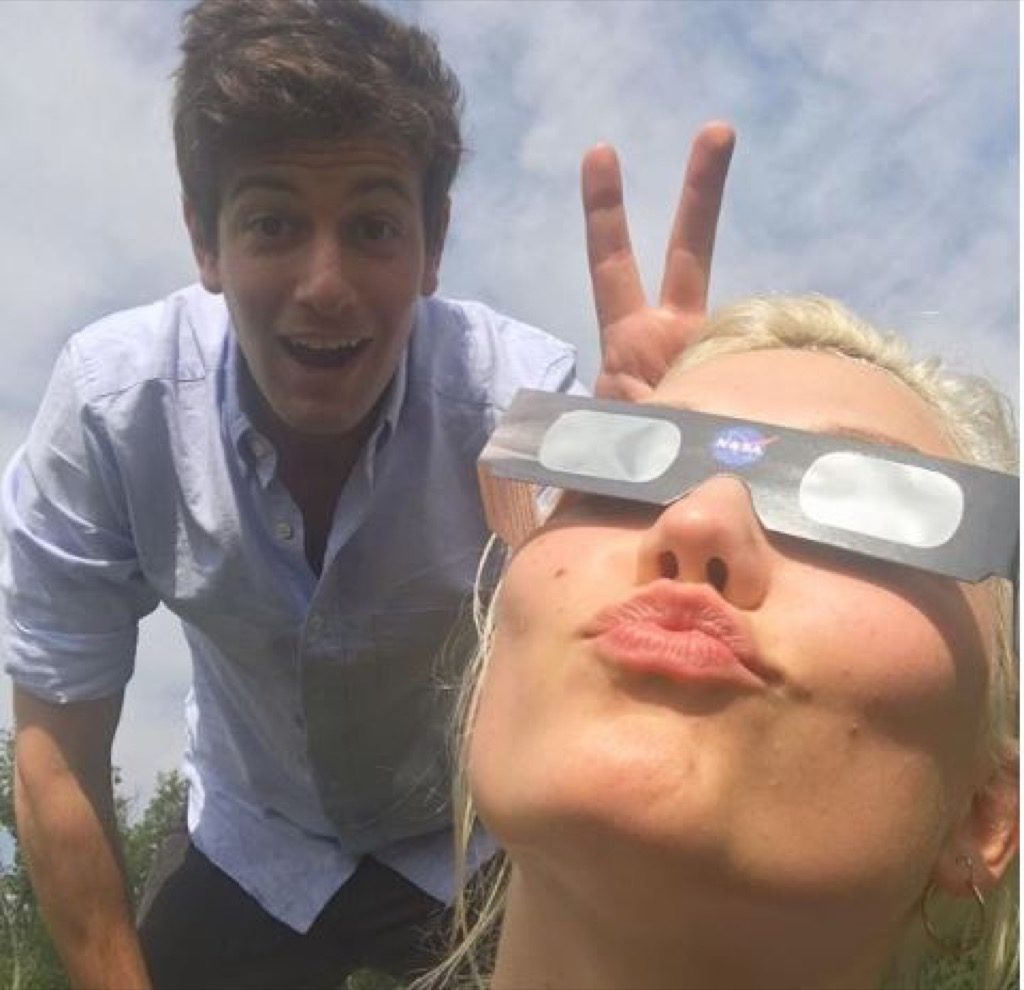 Since 2012, Karlie Kloss has been dating businessman and investor Joshua Kushner. If his name sounds familiar, it's because his family isn't exactly full of shrinking violets—Kushner is the younger brother of Jared Kushner, Donald Trump's son-in-law. The younger Kushner is the founder and managing partner of Thrive Capital and co-founder of Oscar Health. 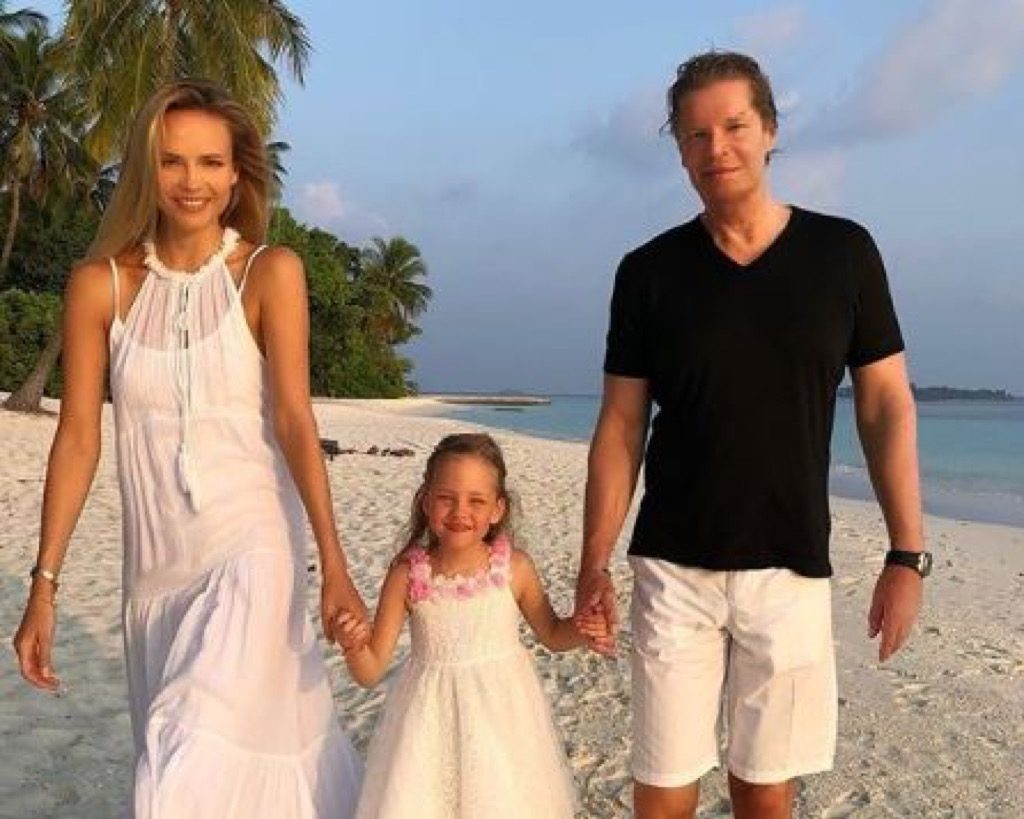 Natasha Poly, who has modeled for companies like Calvin Klein, Jil Sander, Gucci, and Miu Miu, has been married to Dutch businessman Peter Bakker since 2011, and the pair have a daughter together. 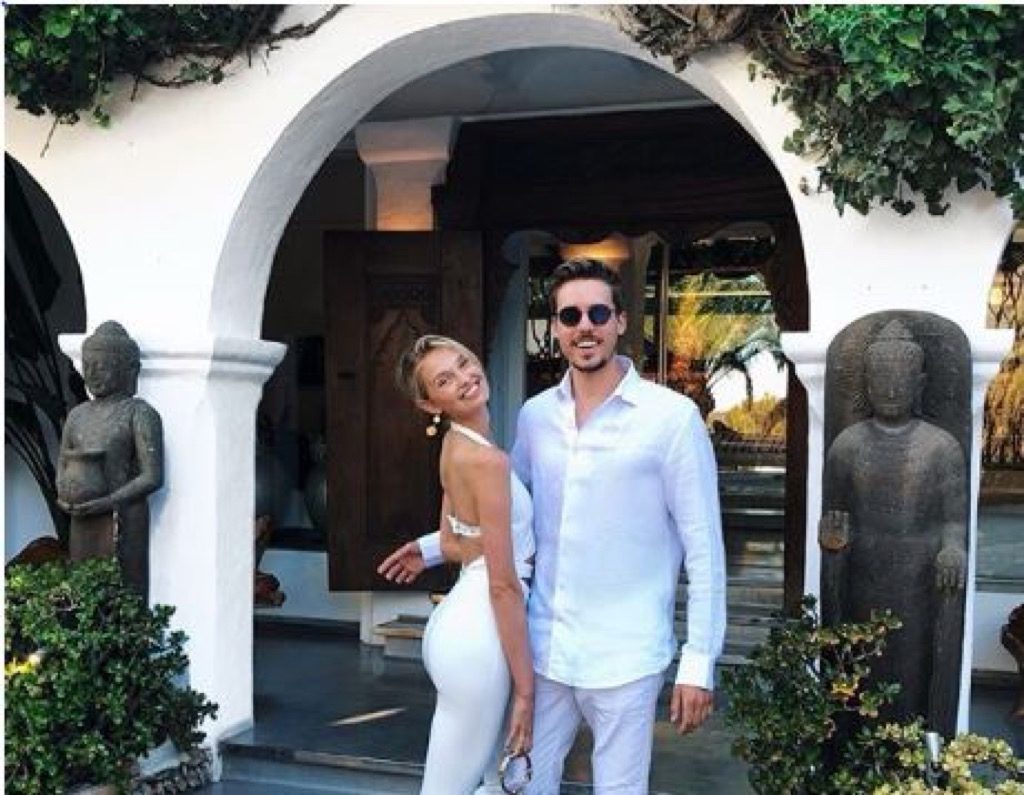 Business consultant Laurens Van Leeuwen has been dating Dutch model Romee Strijd for several years. Strijd was friends with Leeuwen's sister growing up, which is how the pair met. They've been together since Strijd was a teenager (she's 22 now). Leeuwen is the managing partner of Battle With Lions, a business development company in NYC. 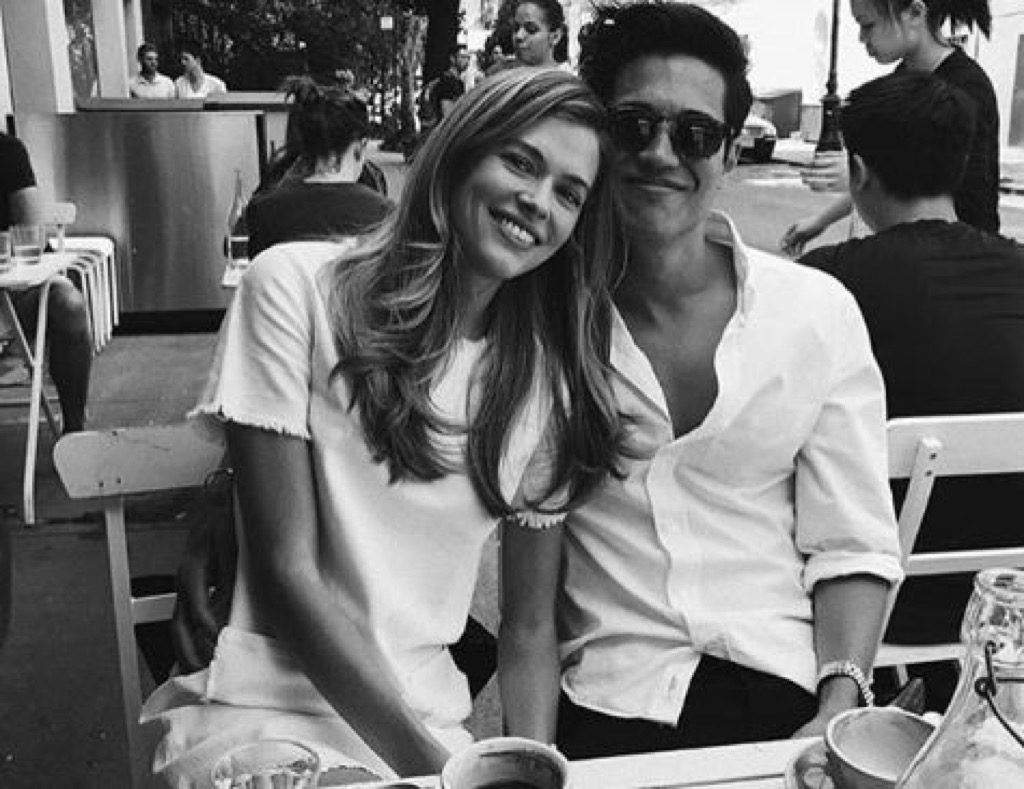 Victoria Lee might be new to Victoria's Secret, but she's been dating art director Matt McDonald for five years. Though they're both Australian, the couple met in New York and call the city home to this day. 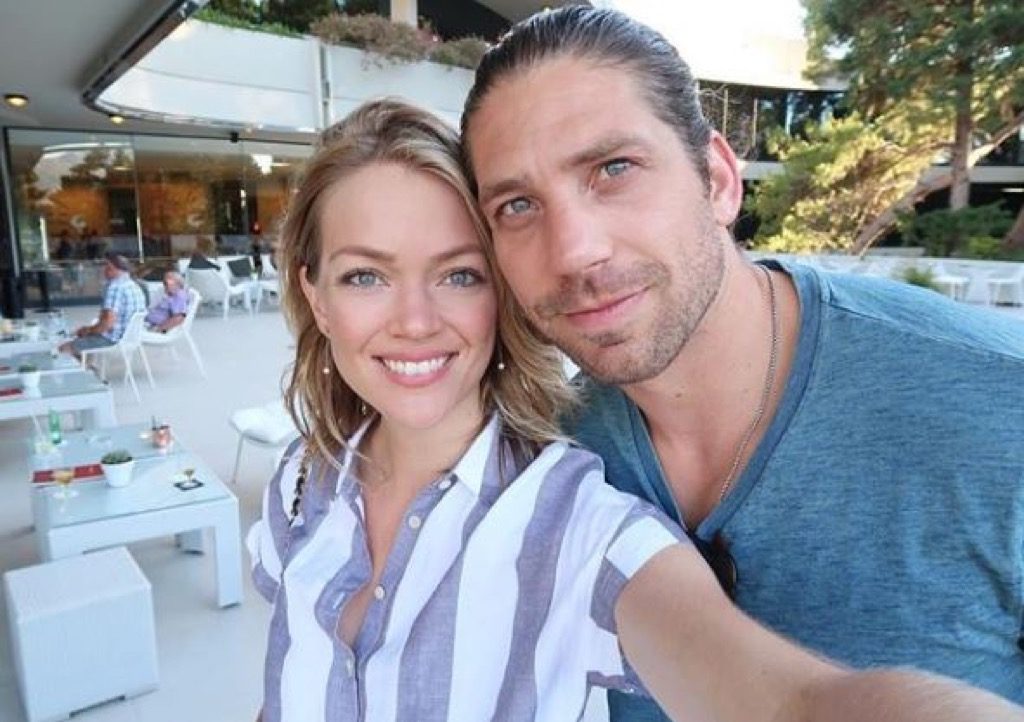 In 2013, model Lindsay Ellingson married her boyfriend of six years, Sean Clayton. Sean played football in college, but he is now a medical equipment salesman. 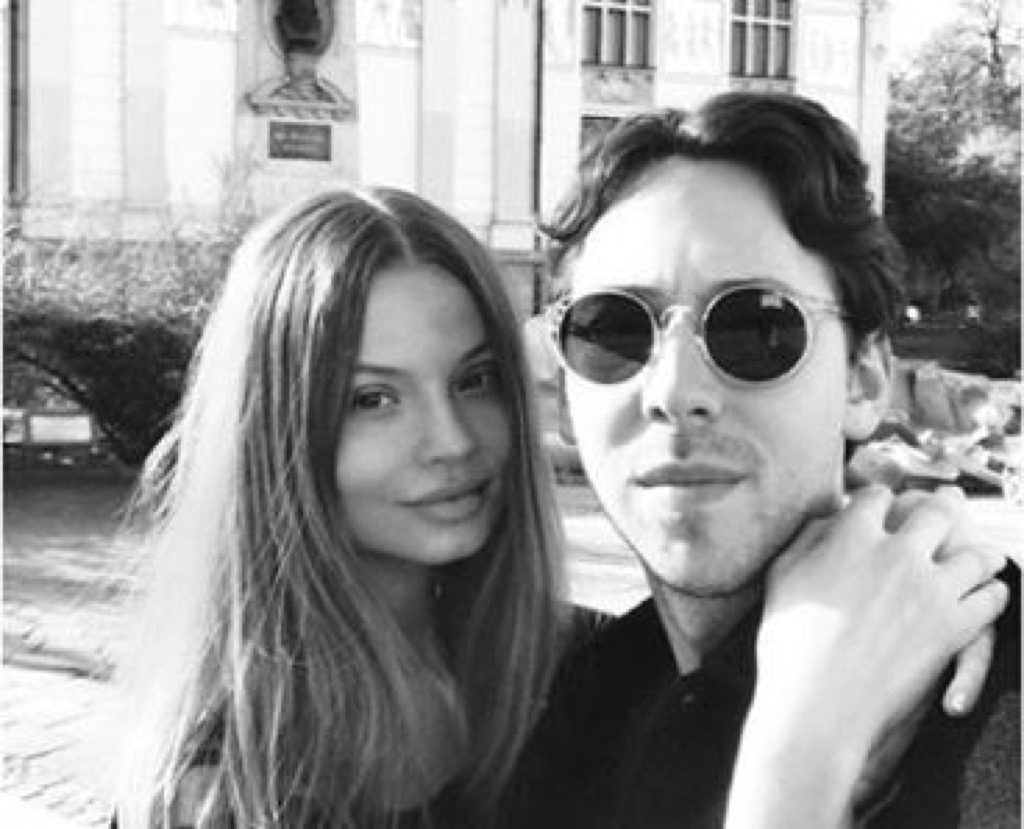 Former Victoria's Secret model Magdalena Frackowiak and Daniele Cavalli have been dating for a few years. Cavalli is heir to the Roberto Cavalli fashion house and has sometimes served as the company's men's creative director. 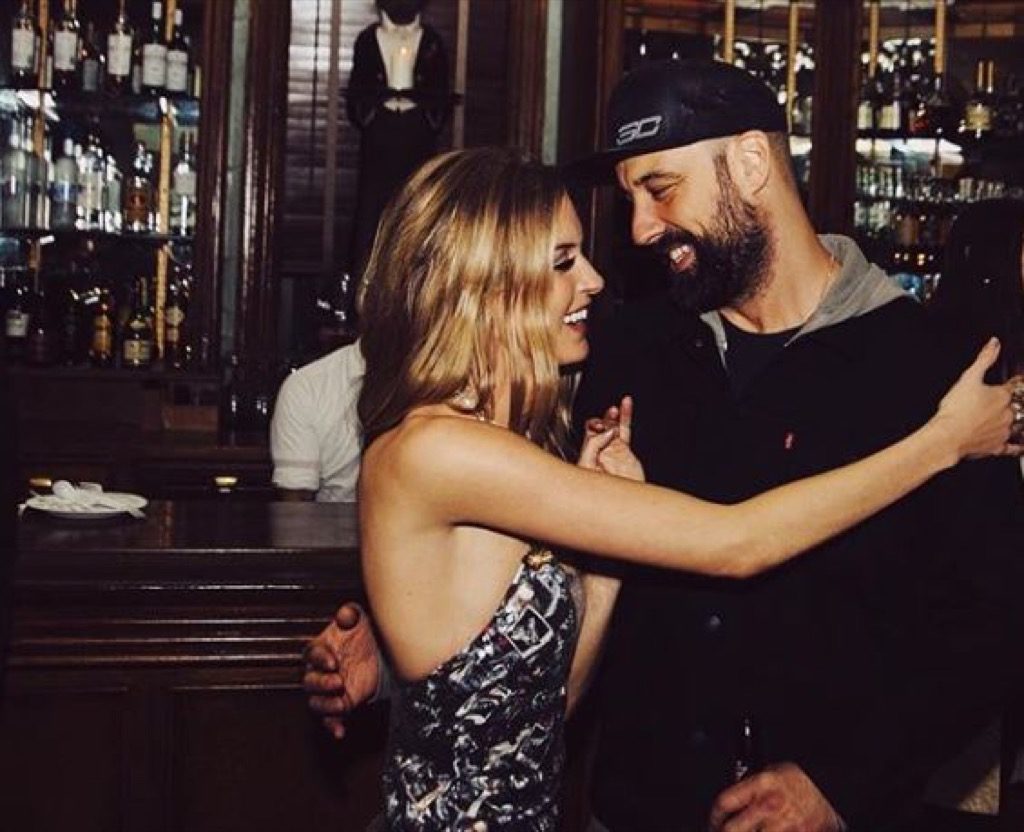 Victoria's Secret angel Martha Hunt and boyfriend Jason McDonald have been together since 2015. McDonald is a photographer, and the couple met on set—McDonald was shooting a Free People campaign that Hunt was working on. 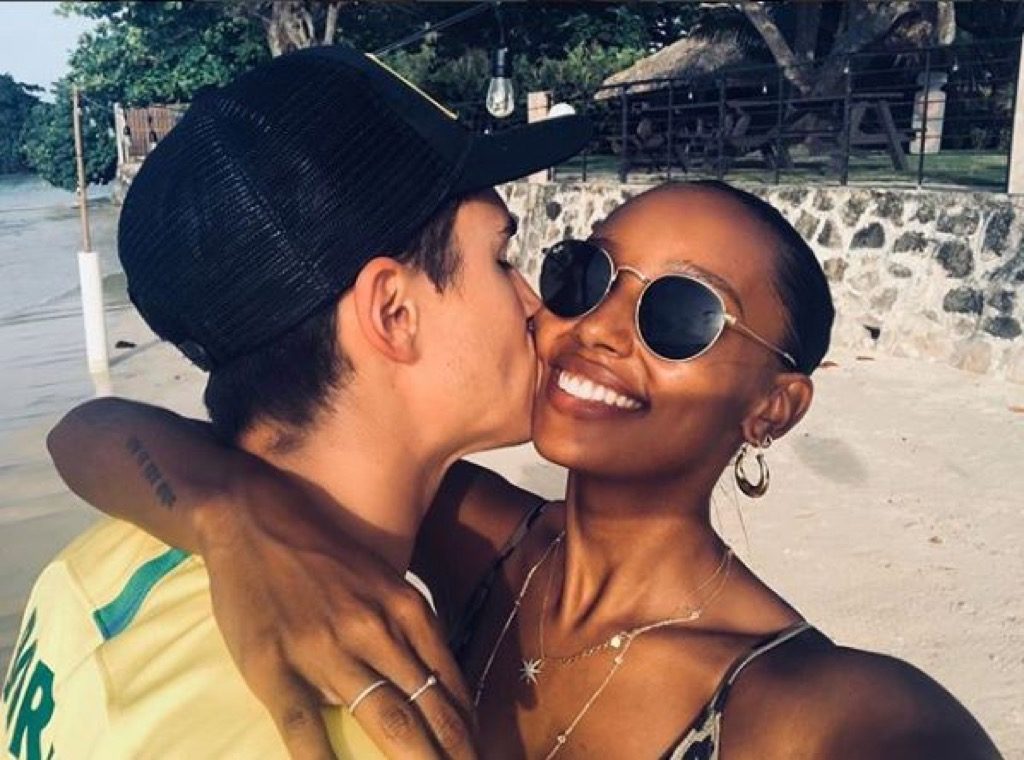 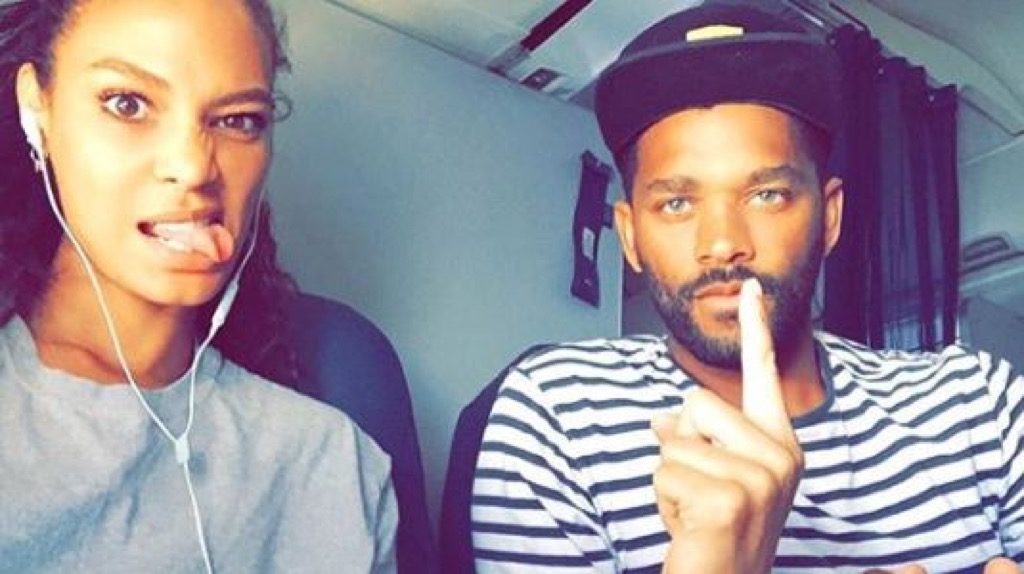 Former Victoria's Secret model and runway darling Joan Smalls has been dating entrepreneur Bernard Smith since 2010. While Bernard isn't a model himself, his work keeps him close to the industry—he's the founder of Modellounge, a members-only club for models to use between jobs. 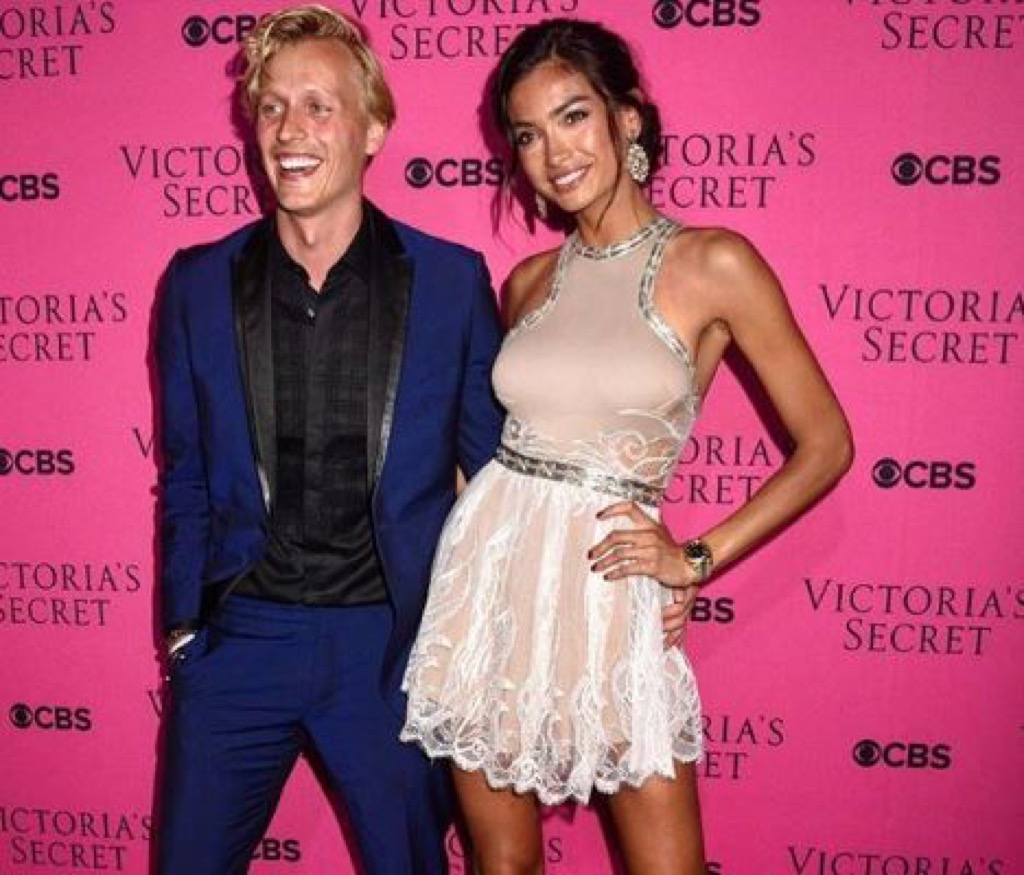 Since 2014, Kelly Gale, who has graced the cover of Vogue and modeled for major brands like Chanel, has been dating Johannes Jarl, a Swedish marketing manager. The couple frequently share pictures of themselves together on Instagram. 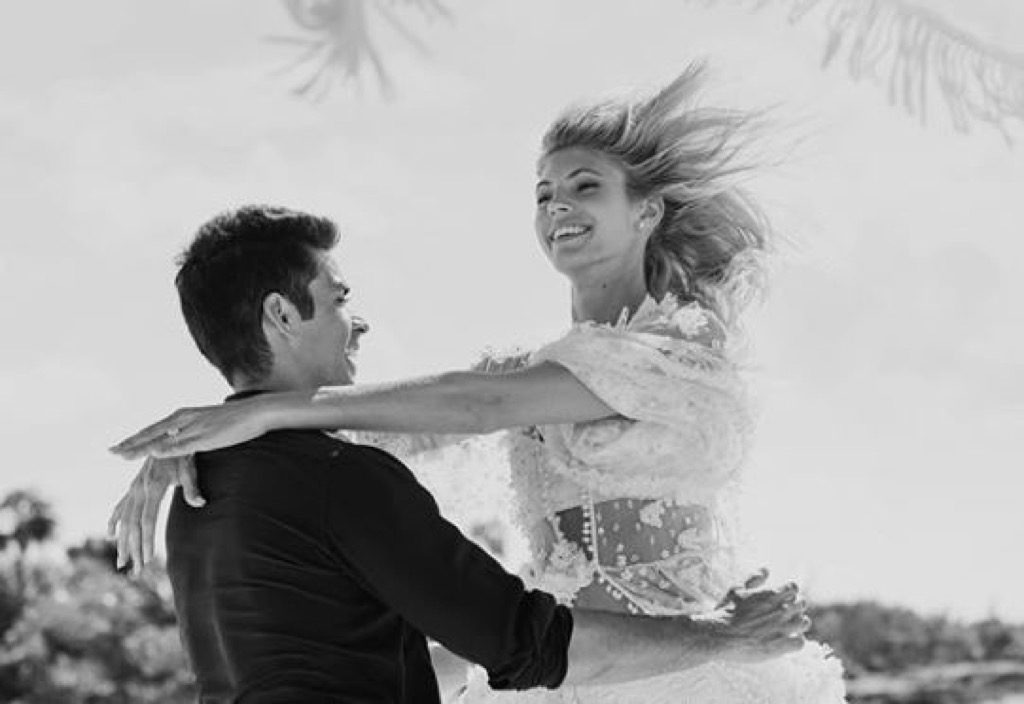 After two years of dating, Devon Windsor, known for her appearances on the covers of multiple international editions of Vogue, recently became engaged to her boyfriend, Johnny Dex. Dex has done a remarkable job of keeping his private life private, so not much is known about him, other than that his sister, Alexis Barbara Isaias, is the founder of US fashion label Alexis. Dex proposed by spelling out "MARRY ME" on a private beach and flying Windsor over it under the guise of heading to a photoshoot. 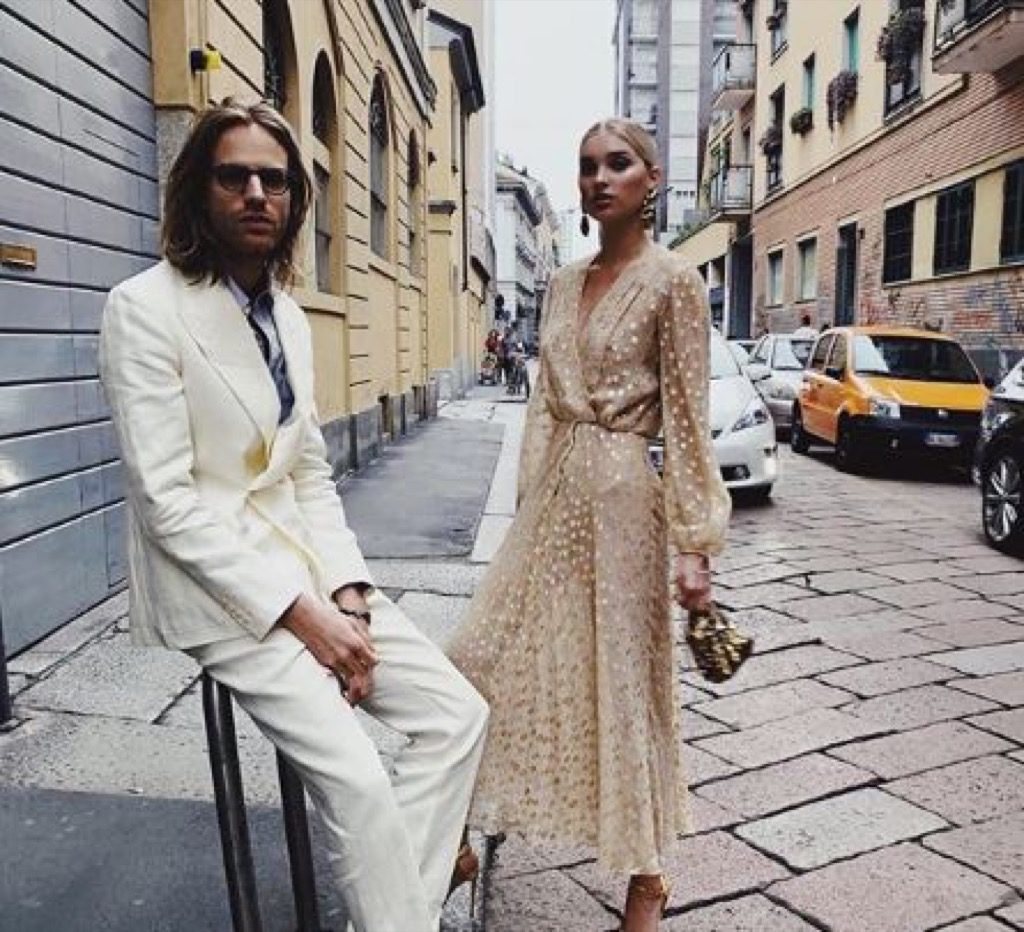 Victoria's Secret angel Elsa Hosk has been dating eyewear designer Tom Daly for over two years. Daly got started in the fashion business working at Acne Studios, but more recently co-founded a line of "high-performance" eyewear called District Vision with Max Vallot that they say will enhance an athlete's workout. And if you want to make the most of your workout, discover these 30 Workouts That Burn More Than 500 Calories an Hour.