It's easy to think of supermodels as simply superhuman. Well, they are. Those perfect bodies, that glowing skin, that gravity-defying, luscious hair. Yes, they're genetically enhanced super beauties. Obviously. But they're also flesh-and-blood women who suffer from one of the biggest beauty killers of them all: jet-lag. At the end of the day, nothing wrecks you—and your skin, your hair, and your sleep—quite like the dehydration and zombification that comes with hopping across several time zones.

The question remains: how do they fight it so well—and so often—while maintaining such flawless skin?

Well, Karlie Kloss hits the gym—hard. Elle MacPherson? She adopts a very specific diet and drinks enough water to nourish an entire army regiment. And Bella Hadid wears a very, very high-end concealer, which you'll soon learn about. For all of their on-the-go secrets for looking the truly amazing, read on. And for more great beauty tips, don't miss our End-of-Summer Hair Repair Guide. 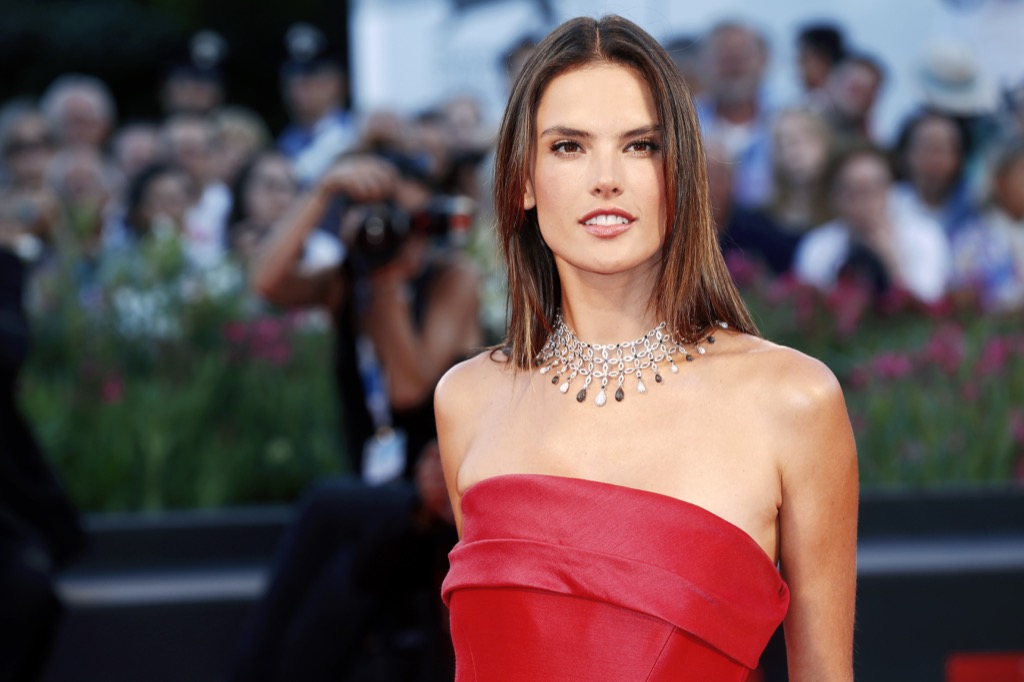 Before the Balmain runway show back in 2015, the Brazilian model shared with Vogue how she combated the 12-hour flight that had just got in from L.A. the day before. Focusing on her skin, she told the magazine, "I drank a lot of water, and I did a face mask when I woke up today to brighten and moisturize."

They reported that her favorite mask was the Japanese sheet mask, specifically Shiseido. She also helps stretch her long limbs with a bit of yoga in the morning for a quick 15 minutes. "Stretching is something I do every day." Noted. For stretches of your own, try out the 5 Best Stretches That Will Get You Ready for Everything. 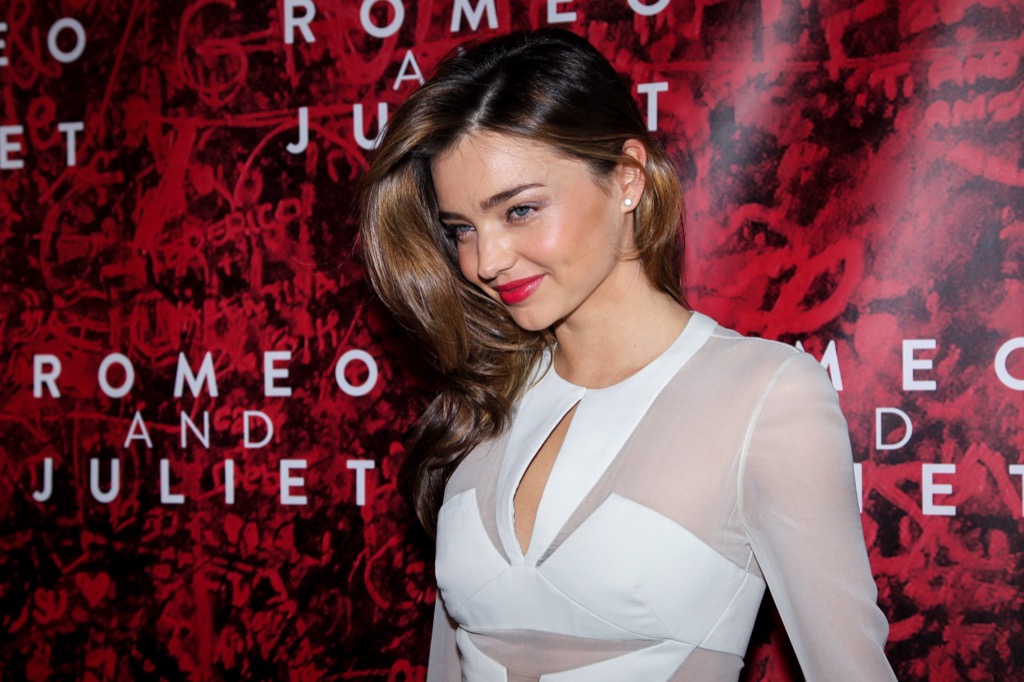 The Australian beauty shares similar practices for helping fight it off. "My yoga practice really helps with jet lag," she says in an interview with Australian site Body and Soul. What types of yoga does she take part in? "I've been practicing a mix of hatha and kundalini yoga for 15 years." Hatha refers to the practice of physical yoga, while kundalini blends the physical with the spiritual, incorporating breathing and meditating exercises. 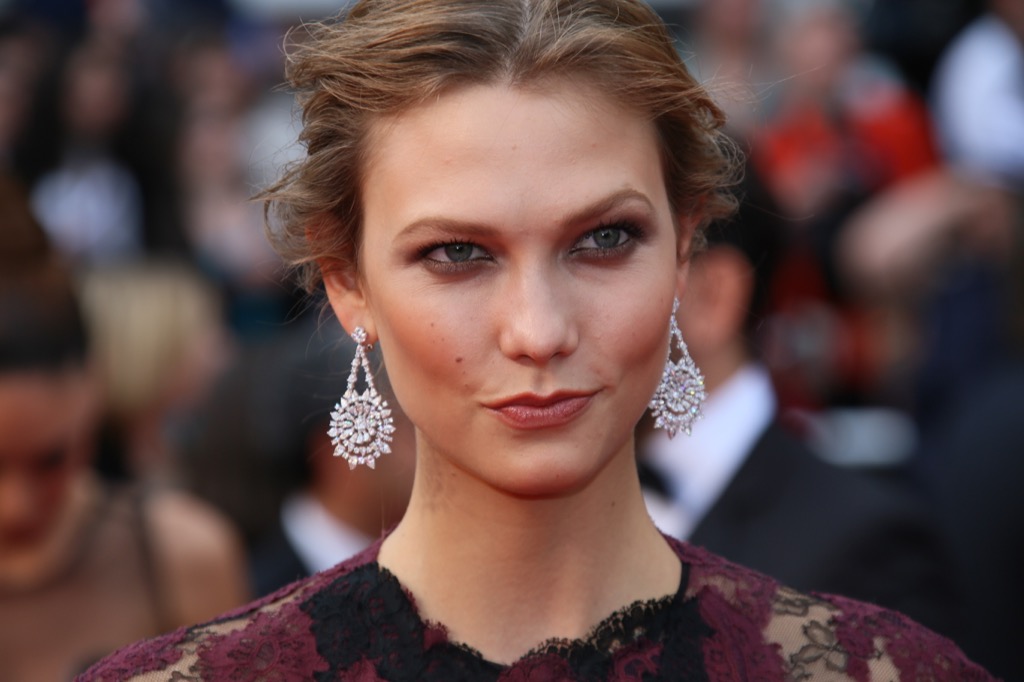 This 25-year-old model relies on physical activity, as well. However, instead of focusing on stretching, she tells the Daily Mail she chooses to sweat it out by hitting a cardio machine in the hotel gym. "That's the best way to feel good, and fight jet lag." We admit this isn't much of a surprise since Kloss partakes in athletic and seriously intense workouts such as boxing, modelFIT, and cycling. And to copy Kloss's style, try any of the 5 Luxury Exercise Classes Everyone Needs to Try. 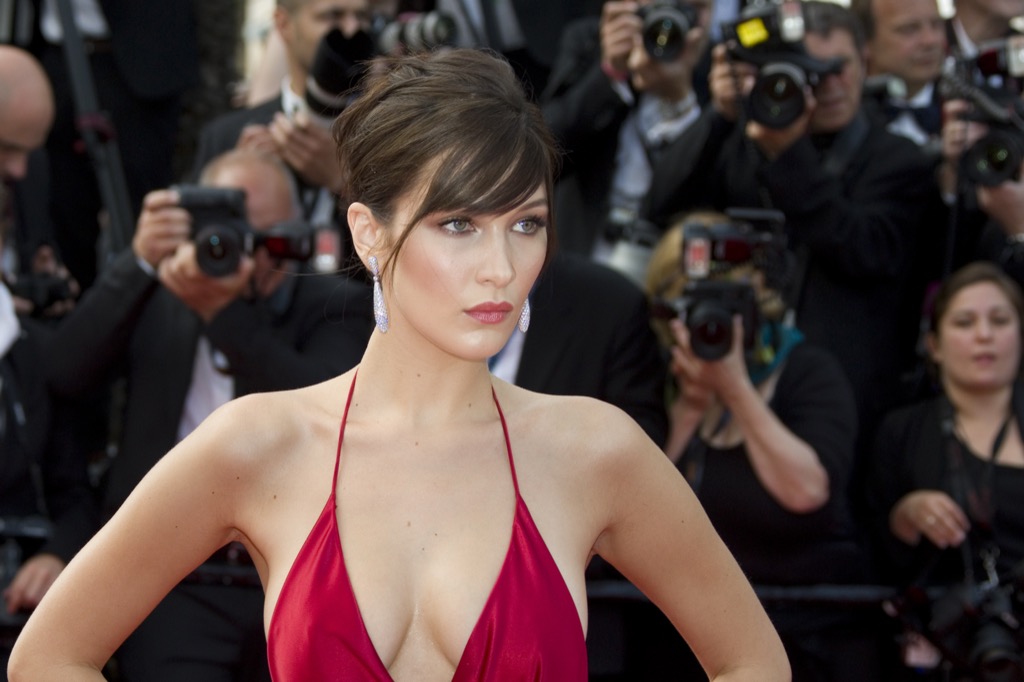 Dark under-eyes are a dead give away of tiredness associated especially with jet lag. In a video for Vogue, Bella shows off that she's not immune to this side effect, either. Her solution? Concealer.

She starts the video by lifting around her eyes, showing off her dark circles, and stating, "I look really tired because I've been traveling for two months straight." She then continues, "But it's okay, you know why? Foundation and concealer."

We watch as she applies little strokes of concealer all over, focusing mostly under her eyes. She then blends it in seamlessly using a makeup sponge, making it look like there was not a touch of makeup used, just flawless smooth skin.

5
Gigi Hadid gets her Zs.

Bella's older sister, Gigi, has a little bit of a different tactic. In another video with Vogue, the model is asked how she fights jet lag.  Her answer is simple and somewhat unhelpful, "I'm really good at sleeping on planes."ae0fcc31ae342fd3a1346ebb1f342fcb

However, she isn't the only model that agrees sleeping on the plane is key. Imaan Hammam told French Vogue, "I try to sleep all through the flight to land looking fresh and only need a quick freshening up before heading straight to work." For those who can't sleep as easily as Hadid, Joséphine Le Tutour has a solution as she told French Vogue. "Melatonin. It helps you relax and fall asleep easier." 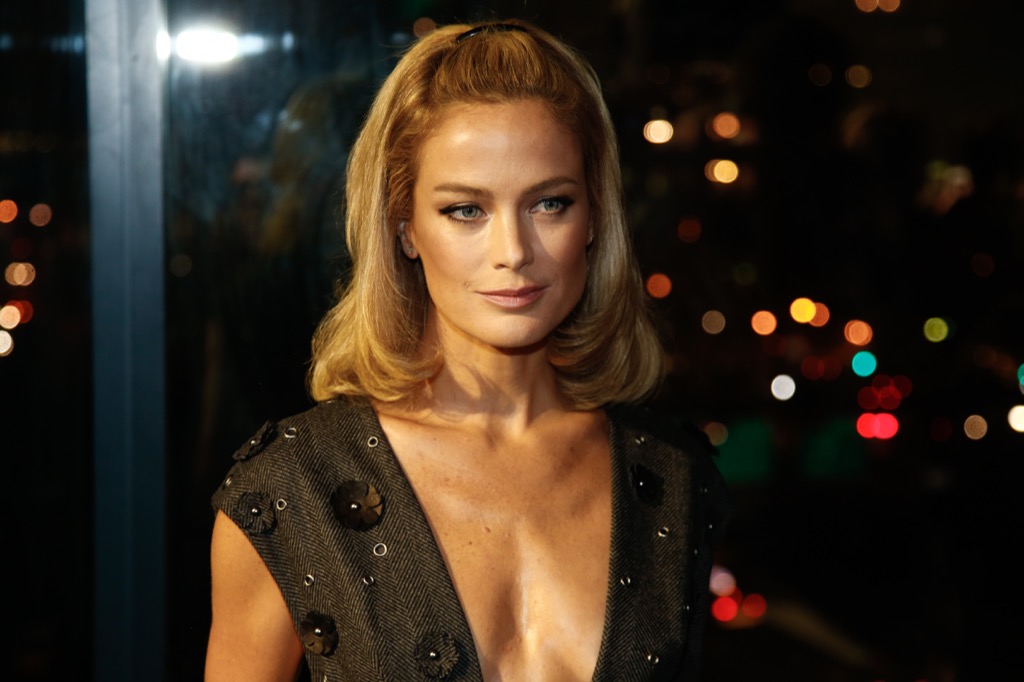 According to Vogue, Murphy avoids sleeping pills, even on restless nights. With that being said, she will occasionally take a melatonin. Another way she gets back to sleep is, instead of looking at the clock to see how much time she has left, she'll recall the dream she was having to lull her back to sleep. When in flight though, the main thing she focuses on though is hydration. This doesn't just mean drinking lots of water, but it also means avoiding alcohol and caffeine.

7
Elle Macpherson takes a walk and alters her diet. 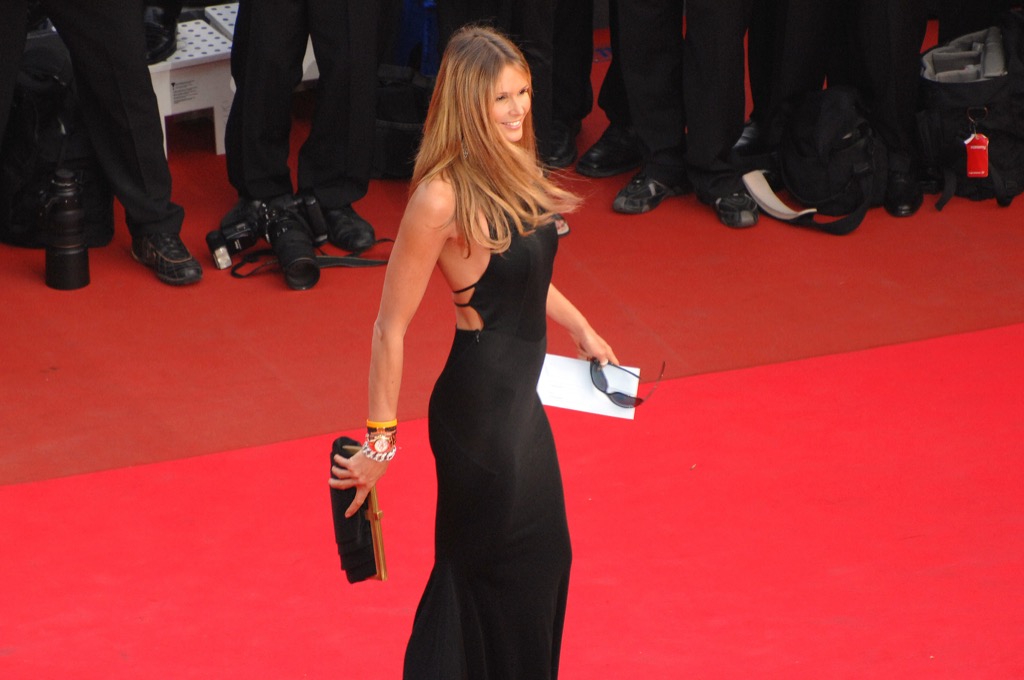 The model turned businesswoman has shared her jet-lag tips several times. When speaking with Get The Gloss, she says, "I always try to go for a walk; I love to get a sense of my new surroundings and fresh air helps with jet lag. You discover so much more on foot!"

She also tweaks her diet according to an interview with Travel and Leisure. "The first thing I do when I board a flight is double dose my Alkalising Greens and drink three liters of water—two tricks Dr. Simone Laubscher taught me for long haul flights," she explains. "So if I'm coming from London, as soon as I get on the plane, I shake my greens up with ice-cold water, or coconut water." She claims that the added nutrients help her beat the jet lag while also boosting her hydration levels, a necessity when traveling as much as this lovely lady. 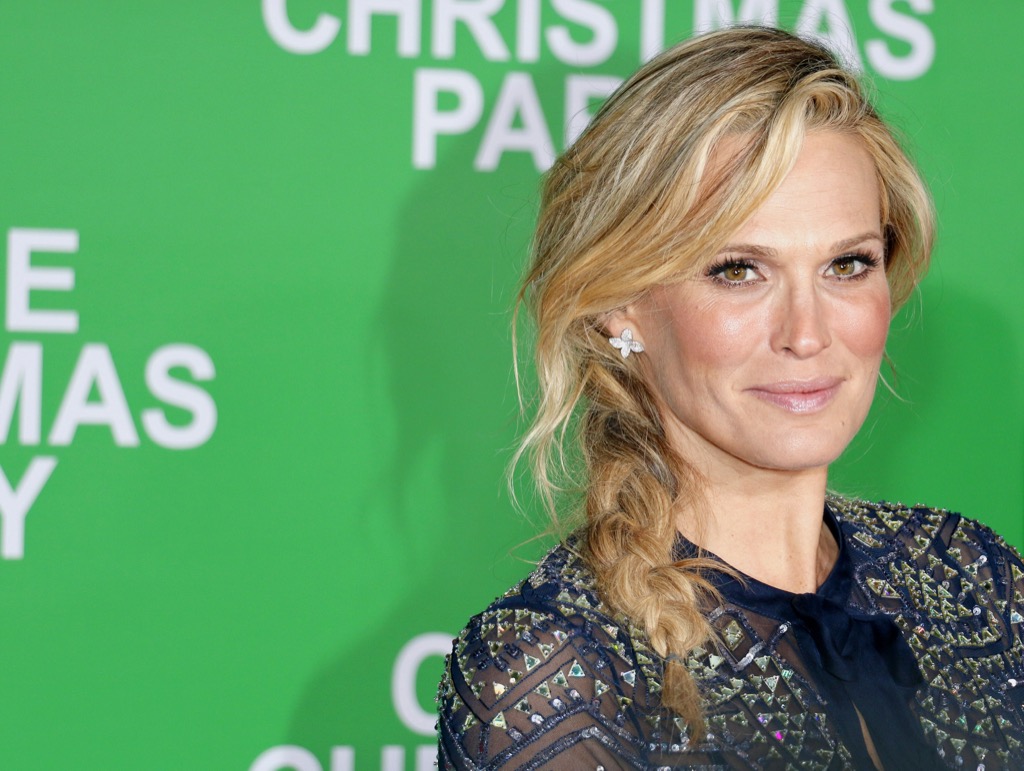 Sims has a couple things she focuses on while traveling, including a comfy but chic wardrobe that involves a sweater and scarf. Besides just focusing on outfits, she also adjusts her sleep schedules to the time zone she's going to. "A couple nights before I fly, I start getting adjusted to the time zone," she says in an interview with MindBodyGreen. "If I'm flying east, I go to bed early and stay up late when headed west."

She also explains that she had recently read a couple of tips she was eager to try, such as fasting for 12 hours prior to landing and then immediately eating once you get to your destination. Doing this is meant to help your body adjust quicker. In the sam article she read that visiting a museum, sucking on a lemon or taking bine park pills are a natural way to fight jet lag. "I plan to try them all—anything to beat that lethargic feeling is well worth the effort!" 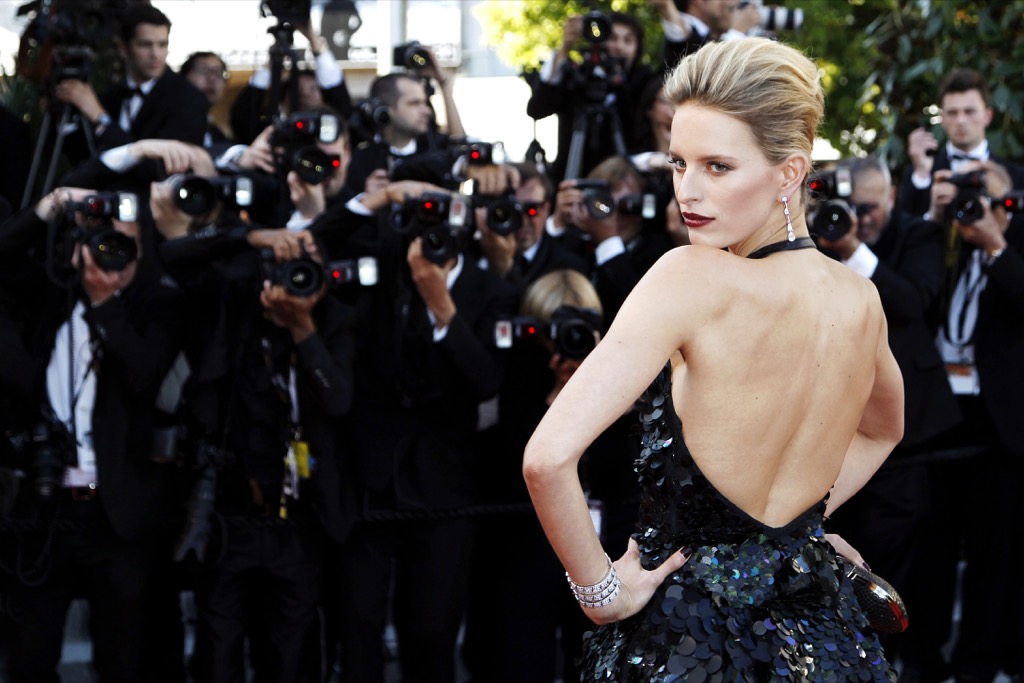 Stepping off a plane with smooth, soft skin is half the battle of looking gorgeous while fighting off jet lag. This former Victoria Secret model turns to facial spritzers to help out the the skin. "I like to have some sort of a spritzer, like Osmosis's hydrating water," she told Vogue.

She also always packs certain essential oils in her carry on to help while traveling. "Lavender oil calms me down for the flight and the peppermint refreshes and awakens me when I have to go straight to work after [landing]." 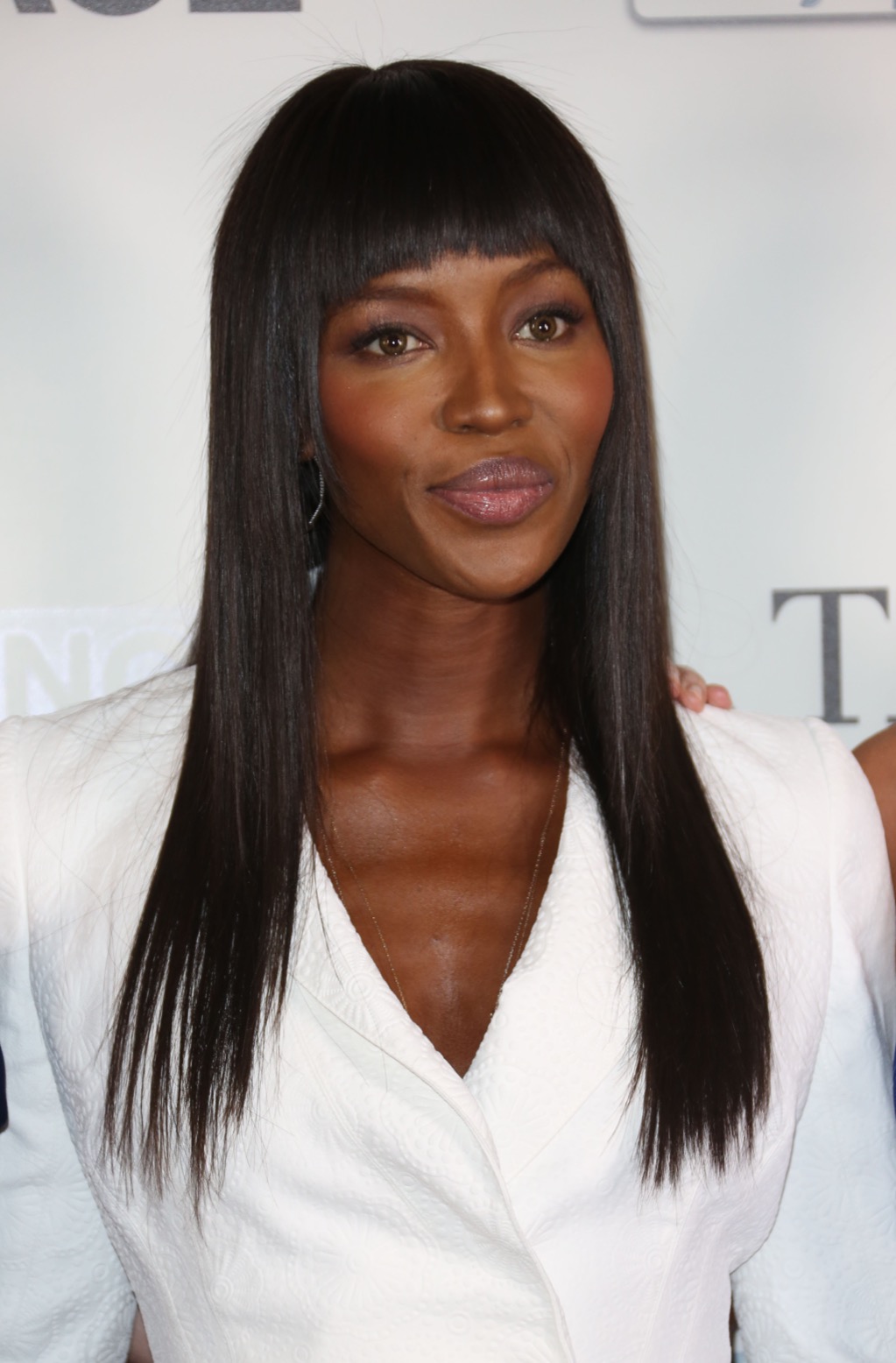 This OG supermodel spilled her traveling secrets to the Daily Mail back in 2004. Her go-to is to practice self care and indulge in spa-like activities. "After a long flight, I apply a mask while indulging in a warm bath with salts." She explained that she follows this up with a "relaxing massage and a fruit salad." She claims that this little mini pampering will "get rid of all signs of fatigue." And, to get the most of your me-time, memorize the 30 Easy Ways to Conquer Stress Once and For All.