15 Supermodels Who Nailed it As A-List Actresses

Cara Delevingne is the latest to jump from the catwalk to the silver screen.

This weekend, the much-awaited sci-fi epic Valerian and the City of a Thousand Planets arrives into theaters. And while the reviews are so far mixed, on one point most critics seem to agree: Cara Delevingne—former Victoria's Secret model and Instagram mega-star (with more than 40 million followers)—delivered a truly impressive performance. Some of the reviews seem to indicate that such a model-to-thespian transition is rare. We disagree.

In fact, supermodels have been morphing into supremely capable actresses for years. To illustrate our point, we've compiled the ultimate list of former Dior models, Miss America contestants, and former Playboy Playmates who left the catwalk and emerged on the silver screen for good (including one Israeli goddess you may recognize from a certain WWI-era action film from earlier this year). Here they are. And for more Hollywood coverage, be sure to check out the 30 most beautiful women who are aging in reverse. 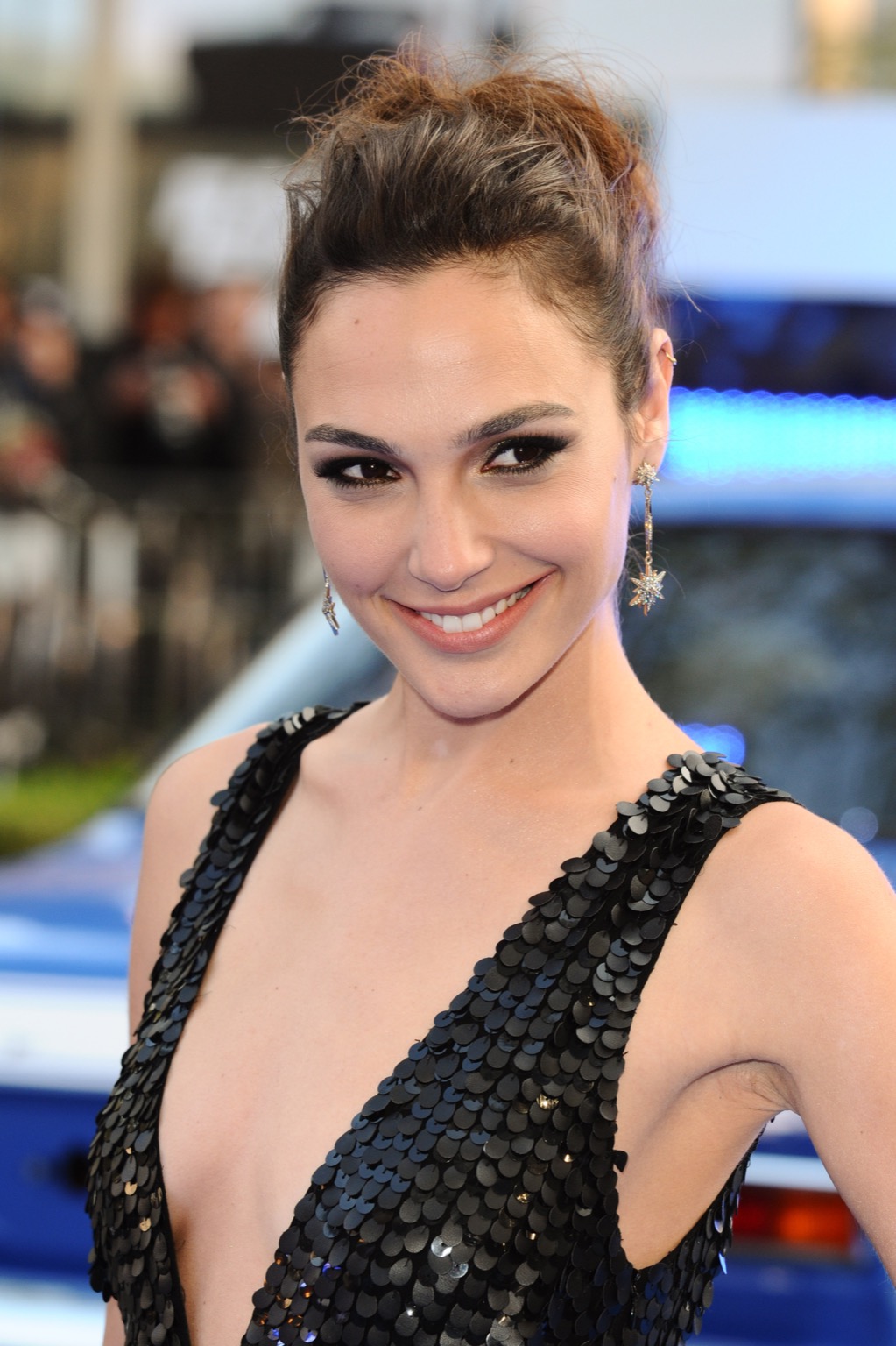 Gal Gadot got her start as a model, having appeared in campaigns for everyone from Gucci to Captain Morgan. (She was even crowned Miss Israel in 2004.) But after turns in Fast Five, Keeping Up with the Jones, and, of course, Wonder Woman, the Israeli bombshell is now one of the most in-demand actresses in Hollywood.

Before appearing in Gangs of New York, Shrek, Bad Teacher, and dozens of other films, Cameron Diaz cracked our icy hearts as a model for Calvin Klein and Levi's. There's just something about Cameron. 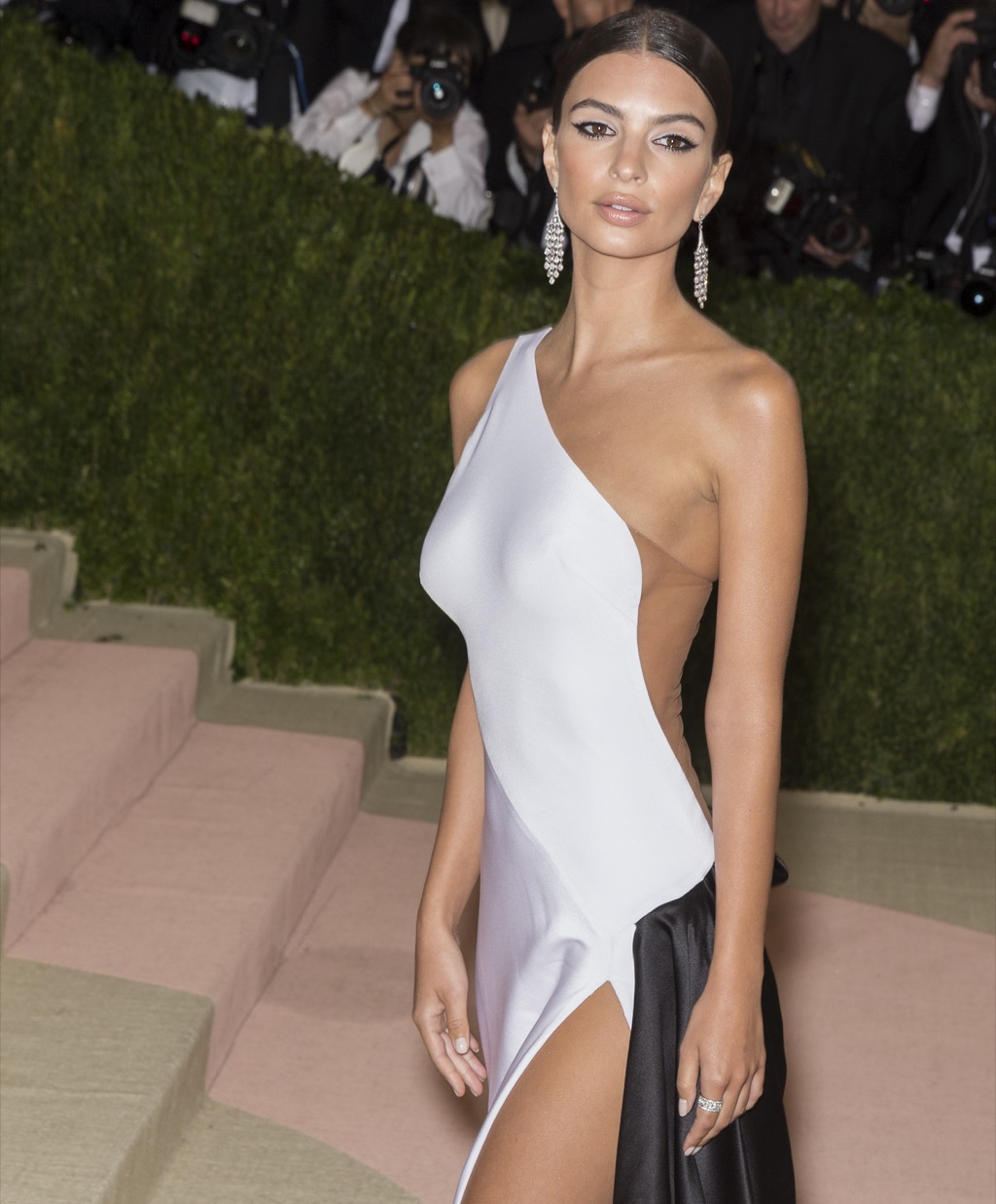 By now, we all know her from David Fincher's Gone Girl. But before that, Emily Ratajkowski was "that girl from that music video." Here's how she broke the mold. 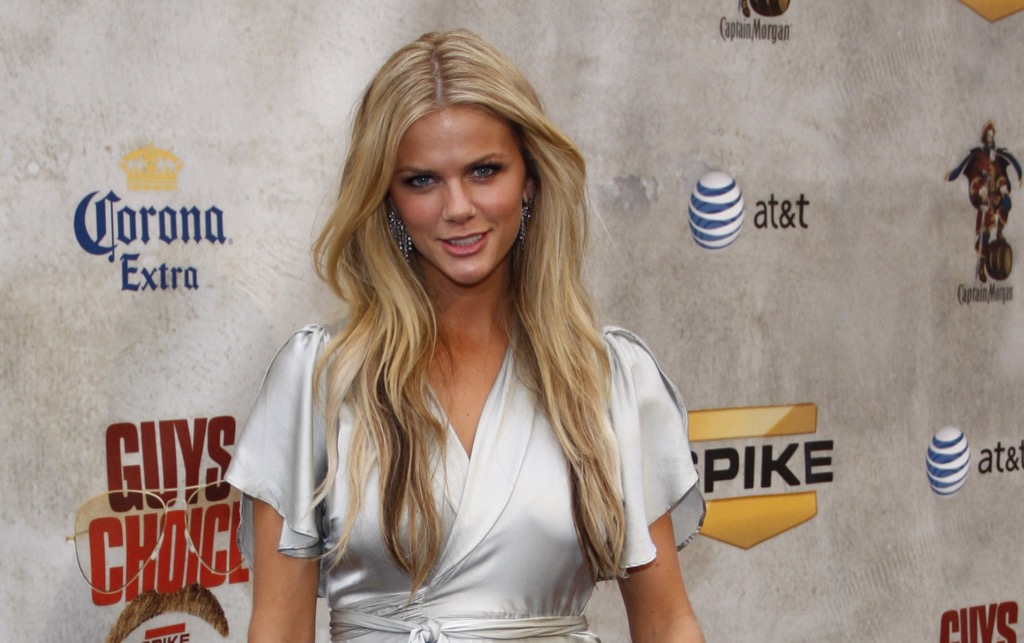 Brooklyn Decker, perhaps best known for her multiple appearances in Sports Illustrated's swimsuit edition, jumped to the silver screen for Battleship and What To Expect When You're Expecting. Currently, you can catch her on Grace and Frankie. For more coverage of swimsuit edition models, be sure to check out the 15 goddesses who rocked a neon bikini. 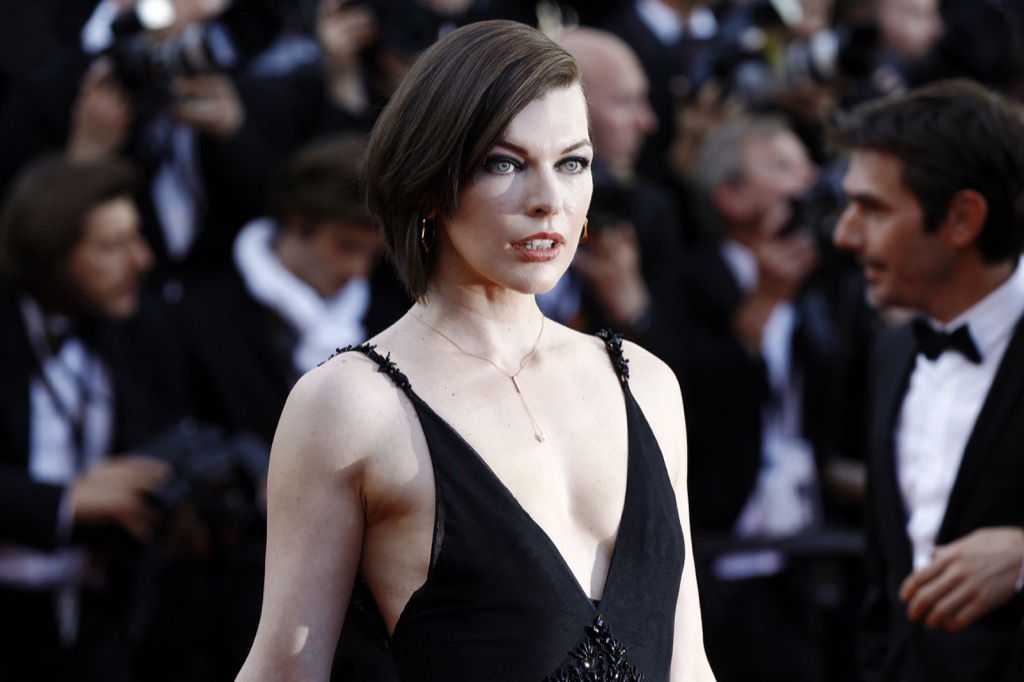 Well, here's a funny bit of self-satire: Milla Jovovich, who first catapulted to fame as a fashion model, played fashion icon Katinka Ingabogovinanana in Zoolander and Zoolander 2. But this bombshells' greatest turn on the silver screen comes from her action chops: the Resident Evil franchise and, of course, Luc Besson's iconic The Fifth Element. 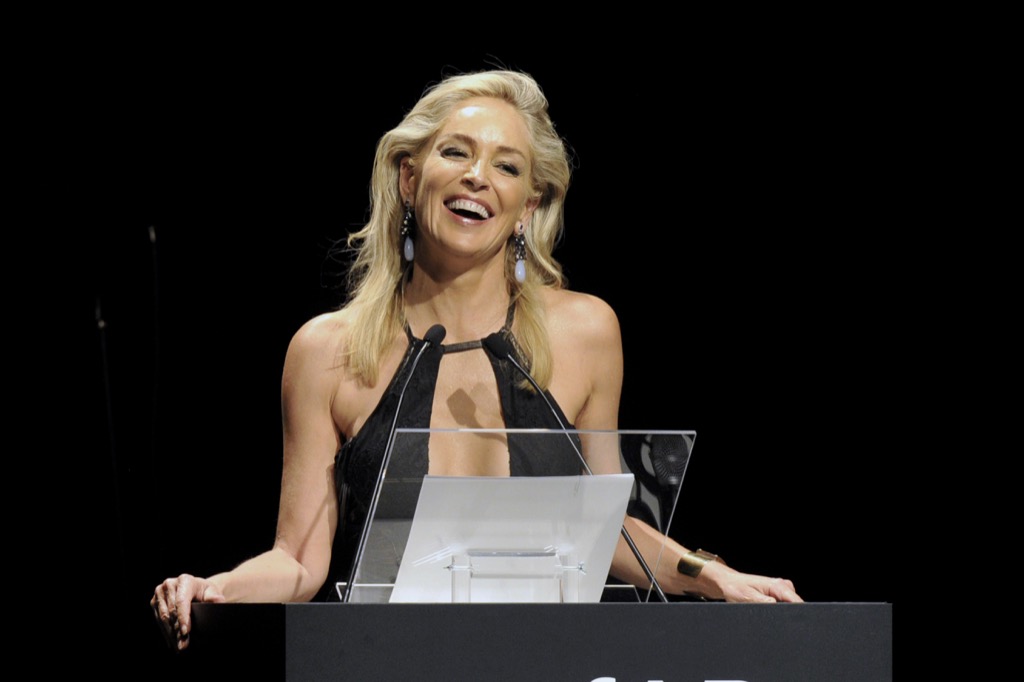 Of all the supermodels who became actresses, Sharon Stone may have the most innate talent. Need proof? Just watch the performances she turned in in Basic Instinct, Total Recall, and Casino, for which she snagged an Oscar nomination. 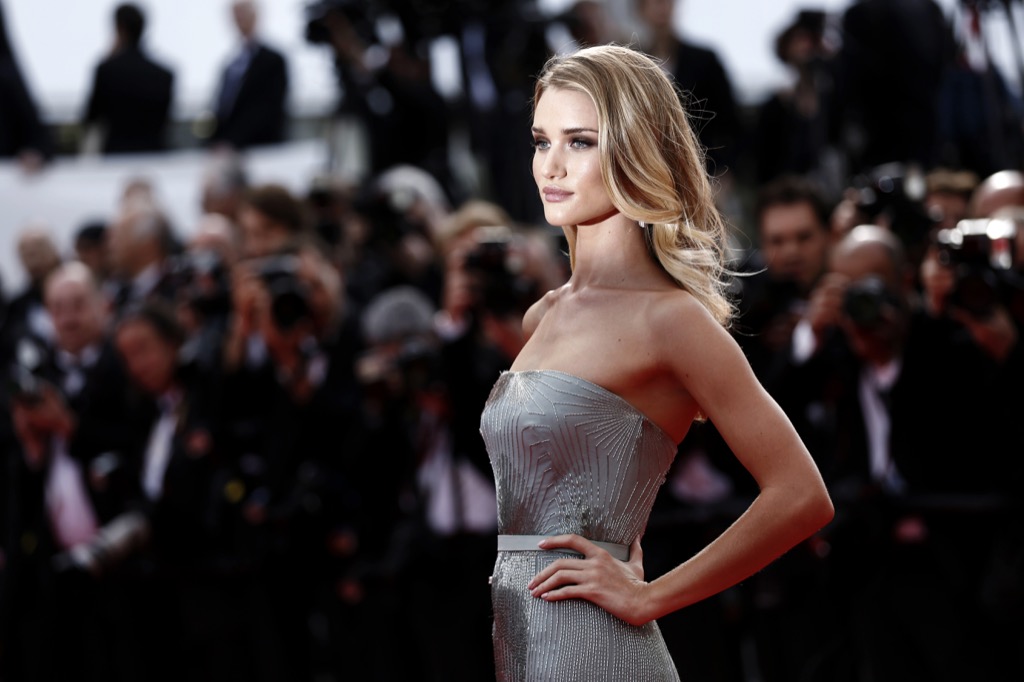 Former Victoria's Secret Angel Rosie Huntington-Whiteley took over for Megan Fox in the Transformers franchise before going on to a breakout role in 2015's breathtaking Mad Max: Fury Road. At the moment, she's engaged to Jason Statham, who has gone through quite a career transformation, as well. 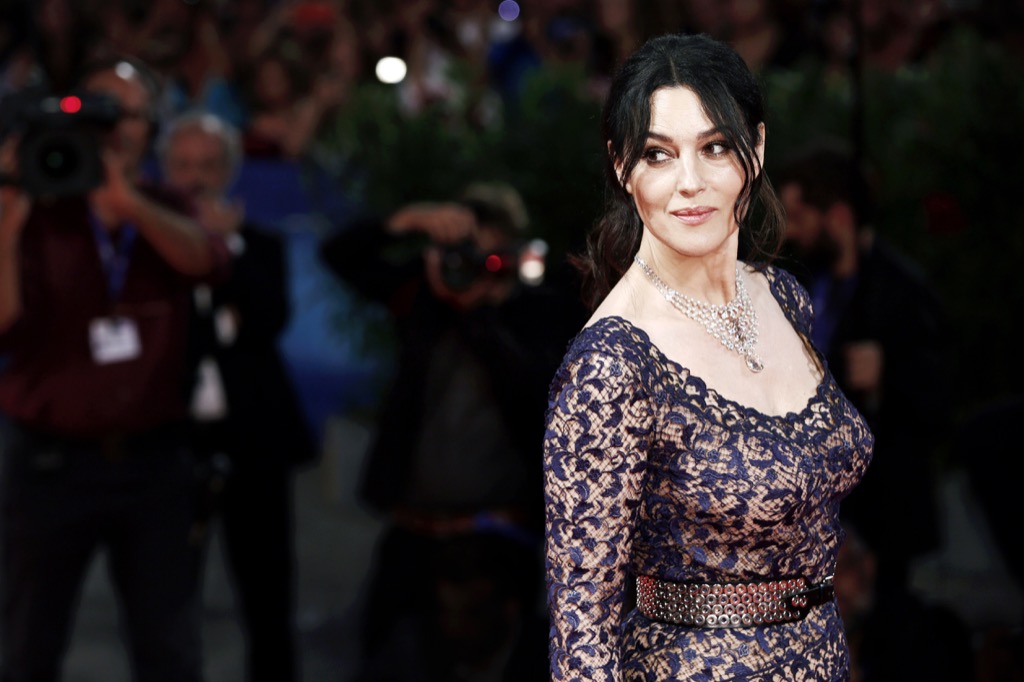 Monica Bellucci is primarily known as one of the more preeminent Italian actresses. But on this side of the Atlantic, the former face of Dior made waves in The Matrix Reloaded, Passion of the Christ, and Spectre. 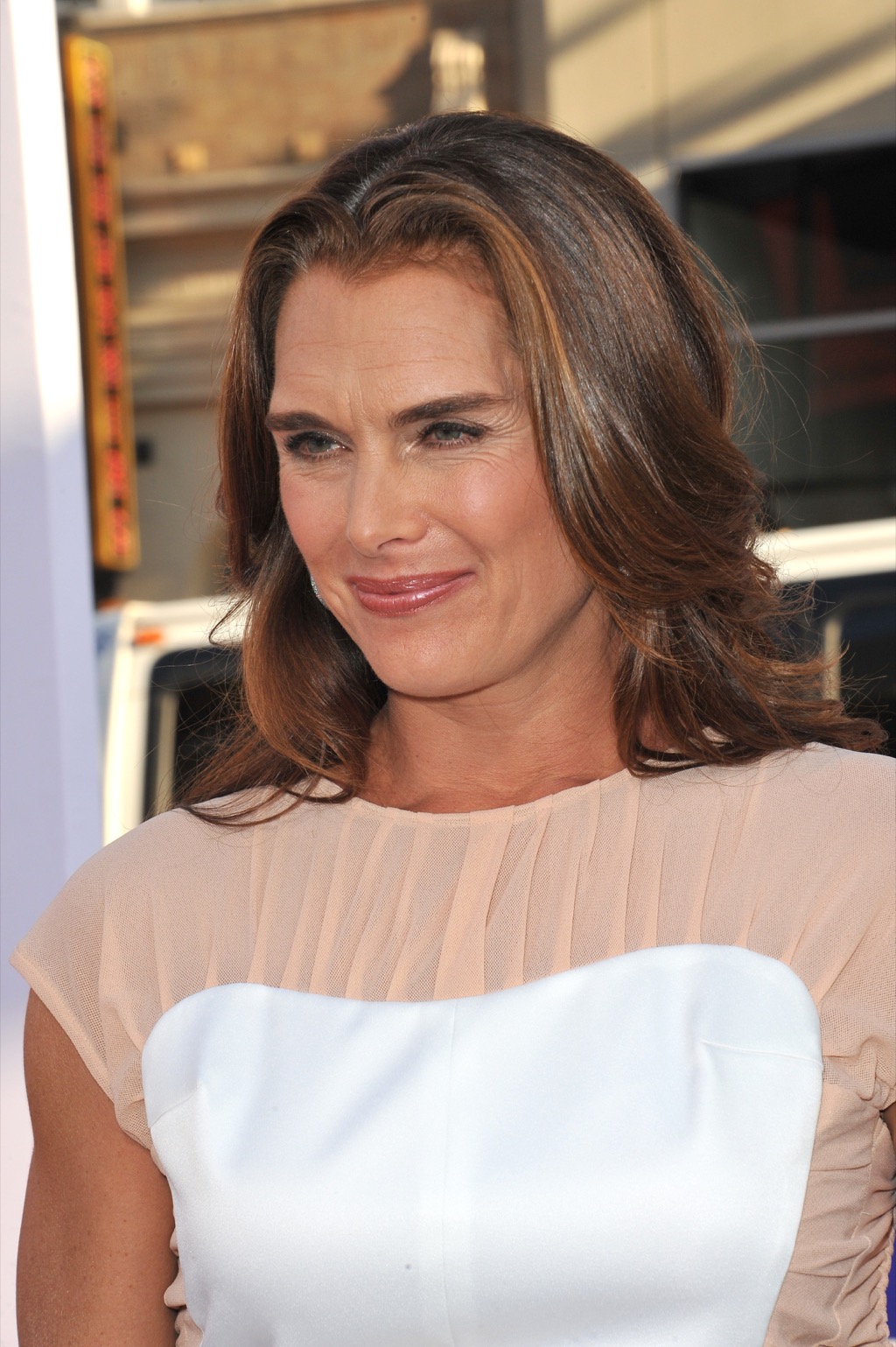 What gets between Brooke Shields and her Calvins? Nothing. The iconic Calvin Klein model—best known for roles in Blue Lagoon and Endless Love—snagged her first role at only 12 years old as Violet, a child prostitute in Pretty Baby. 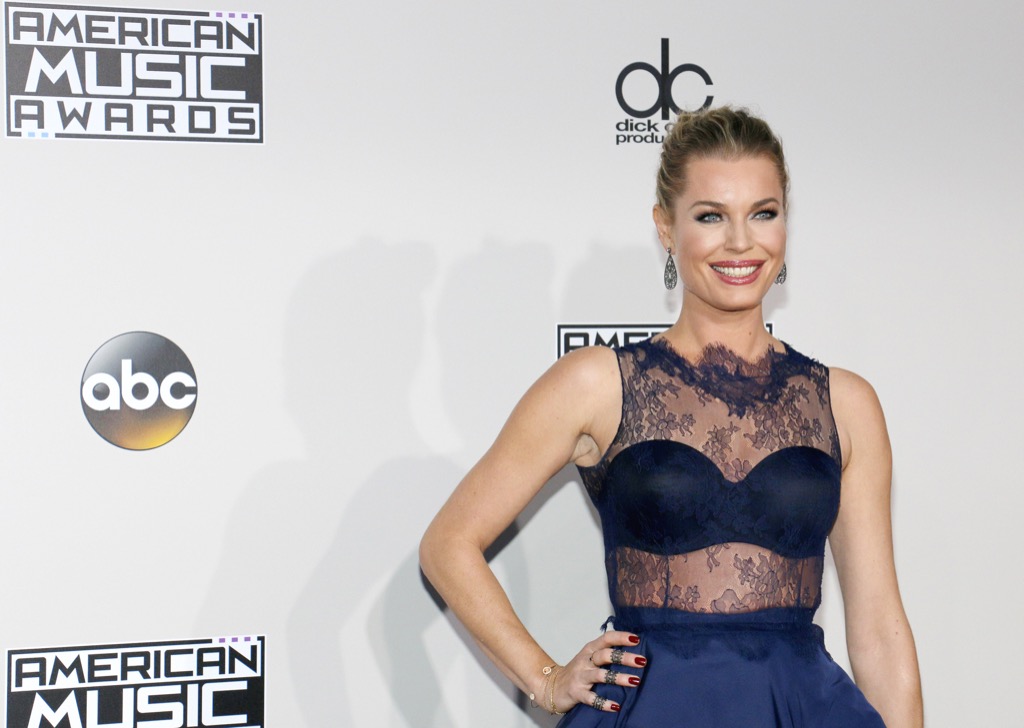 Rebecca Romijn was, sadly, covered up for most of her largest role: the azure-skinned Mystique, in X2 and X-Men: The Last Stand. You can catch Romijn in normal skin, however, on The Librarians. 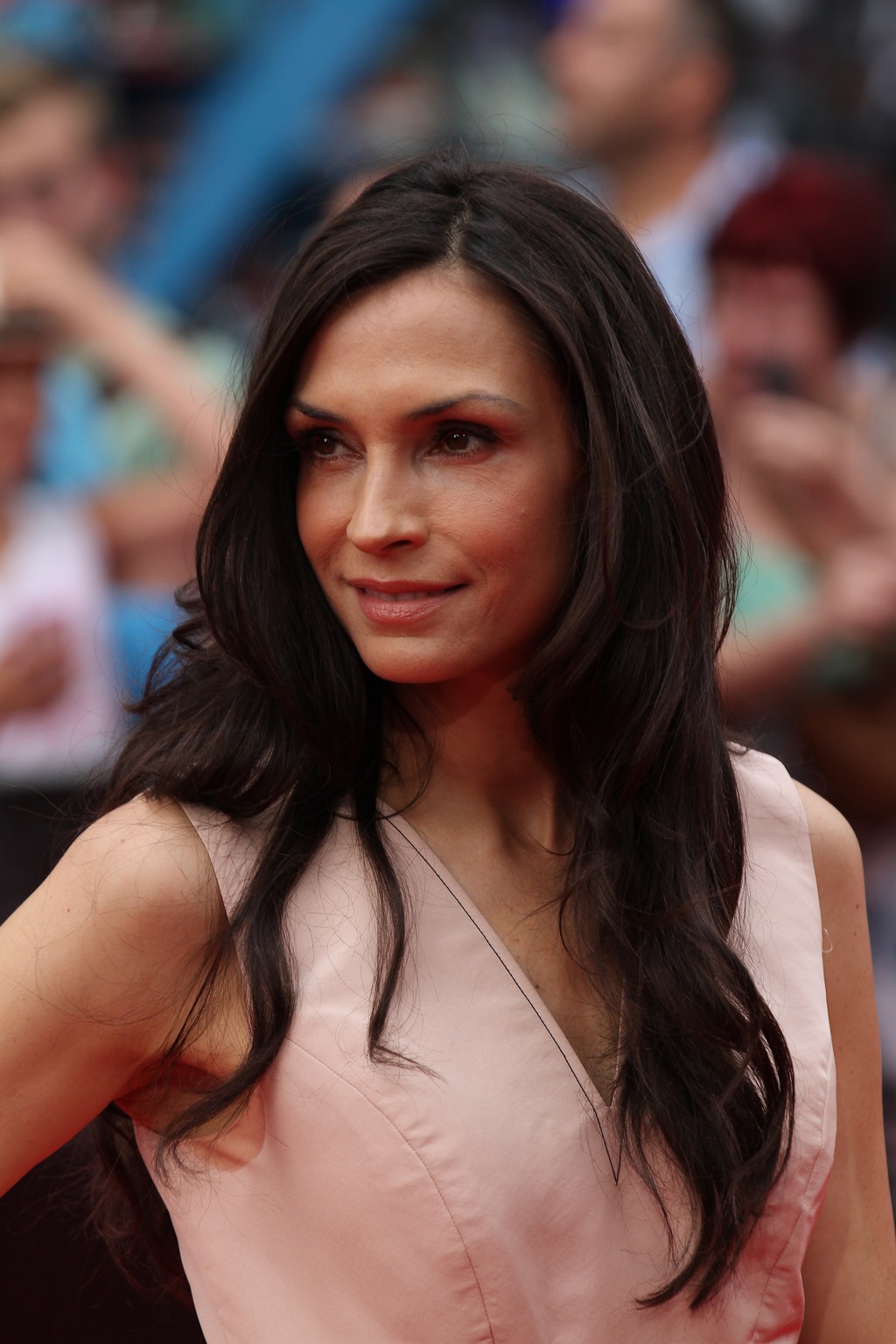 For whatever reason, the X-Men franchise seems to attract models. Famke Jannsen played Jean Gray in X2 and X-Men: The Last Stand. On a less surprising note, she appeared in Pierce Brosnan's first Bond film, GoldenEye. For more coverage of bond, be sure to check out our tribute to the most underrated Bond, Roger Moore. 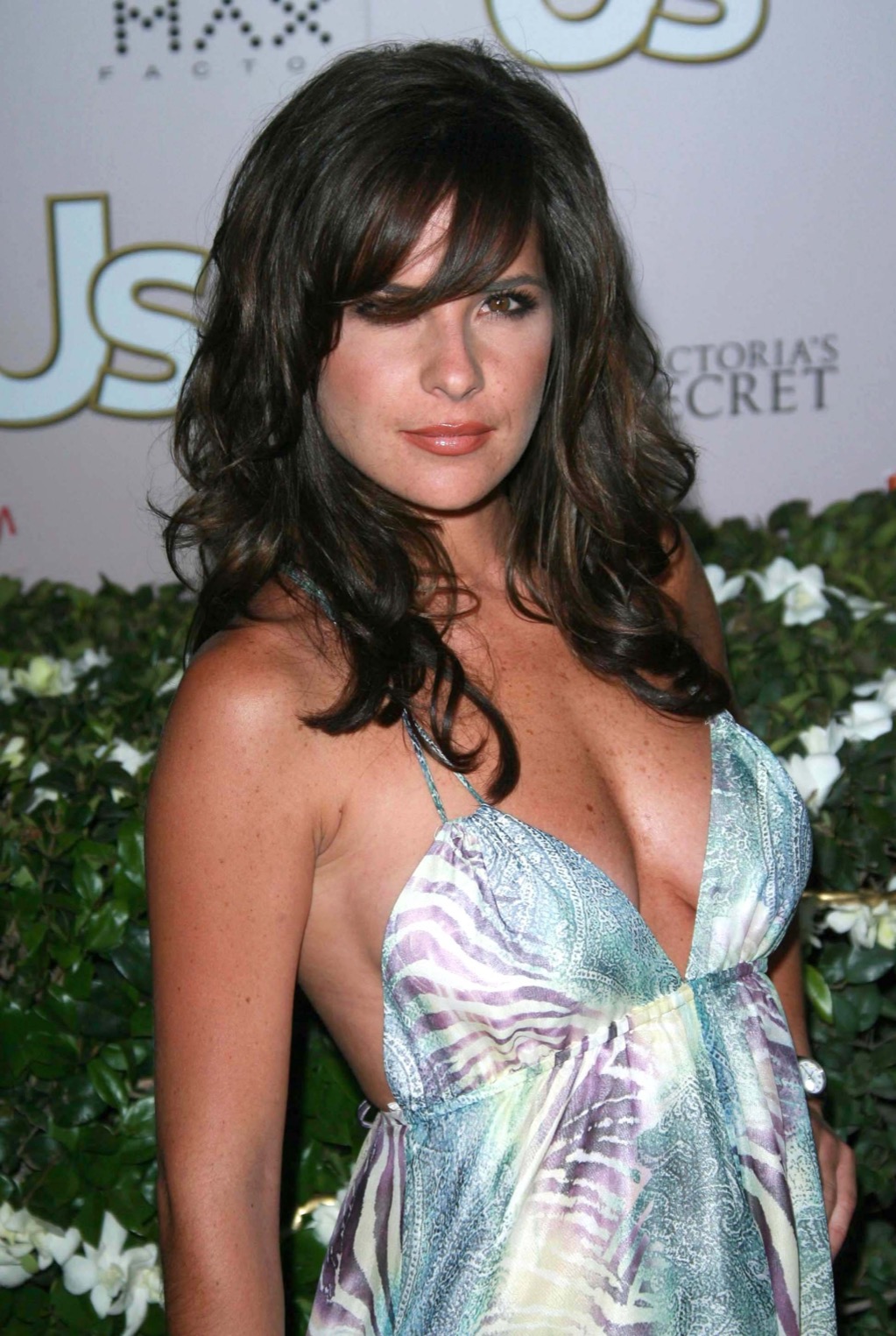 Kelly Monaco, Playboy's Playmate of the Month for April 1997, is closing in on her 1,600th episode of General Hospital as Sam McCall, a role for which she scooped up a Daytime Emmy nomination. (Fun fact: She was also Carmen Electra's occasional body double on Baywatch.)

Former Miss America Vanessa Williams is a triple threat: a singer, a fashion designer (she's the brains behind V by Vanessa Williams), and an actress. Her roles on Desperate Housewives, Ugly Betty, and 666 Park Avenue, cemented her as a household name.ae0fcc31ae342fd3a1346ebb1f342fcb 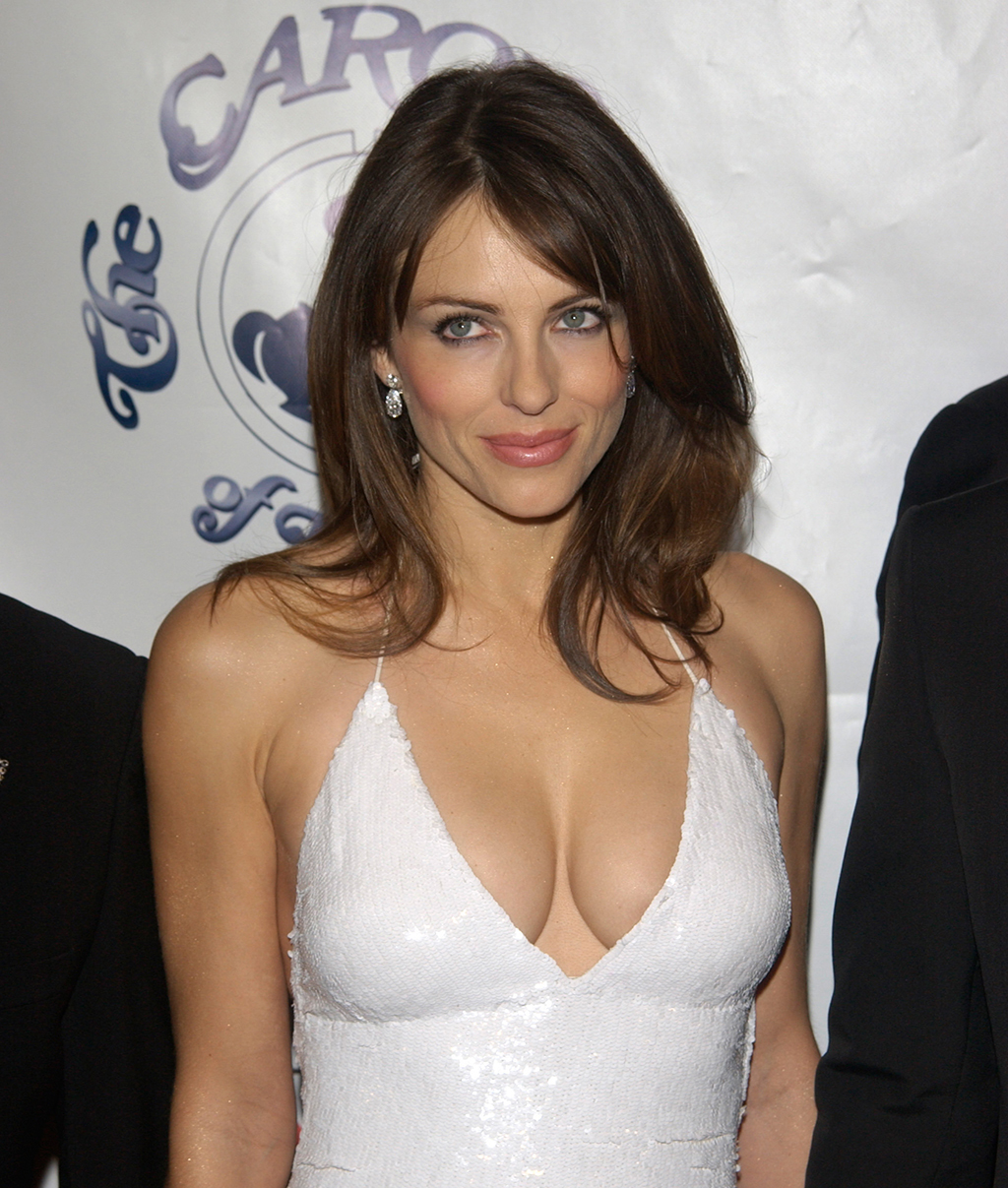 Without a single modeling gig to her name, Estée Lauder took a gamble on Elizabeth Hurley and deigned her a spokesmodel. Hurley has since jumped to film, most notably for her roles in Austin Powers, Gossip Girl, and The Royals. 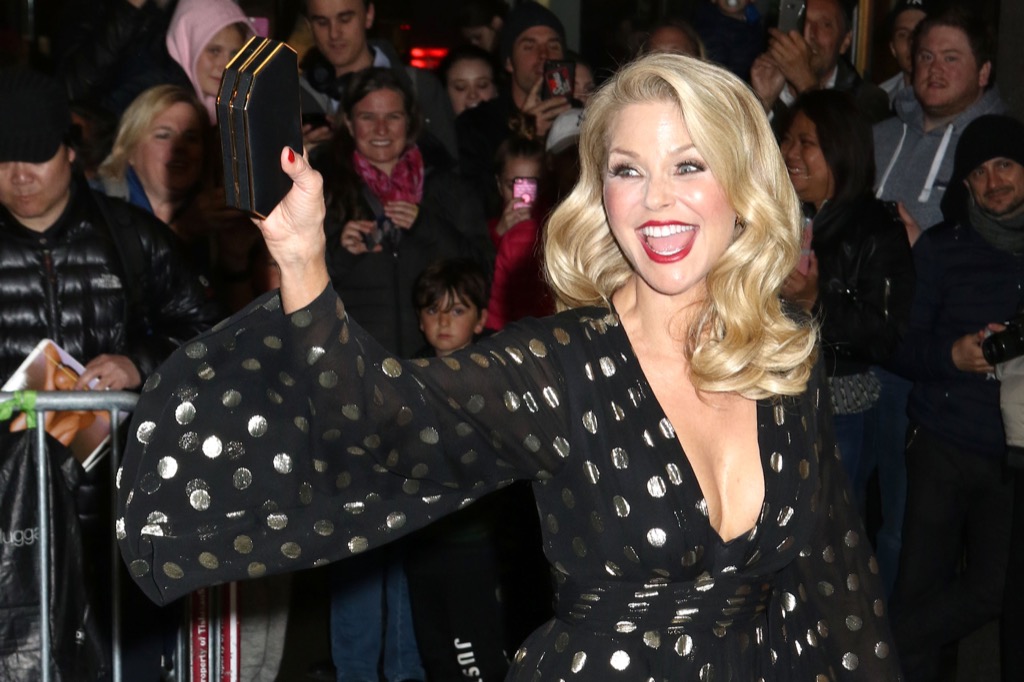 Come on: Christie Brinkley in the red convertible is the pinnacle of supermodels on the silver screen.