These hilarious celebs aren't above cracking a joke at their own expense.

We're used to seeing celebrities represent their lives as picture-perfect and glamorous, whether they're on the red carpet or on the big screen. However, occasionally, our favorite stars will let down the curtain, showing us the weirder, more hilarious parts of their everyday lives. 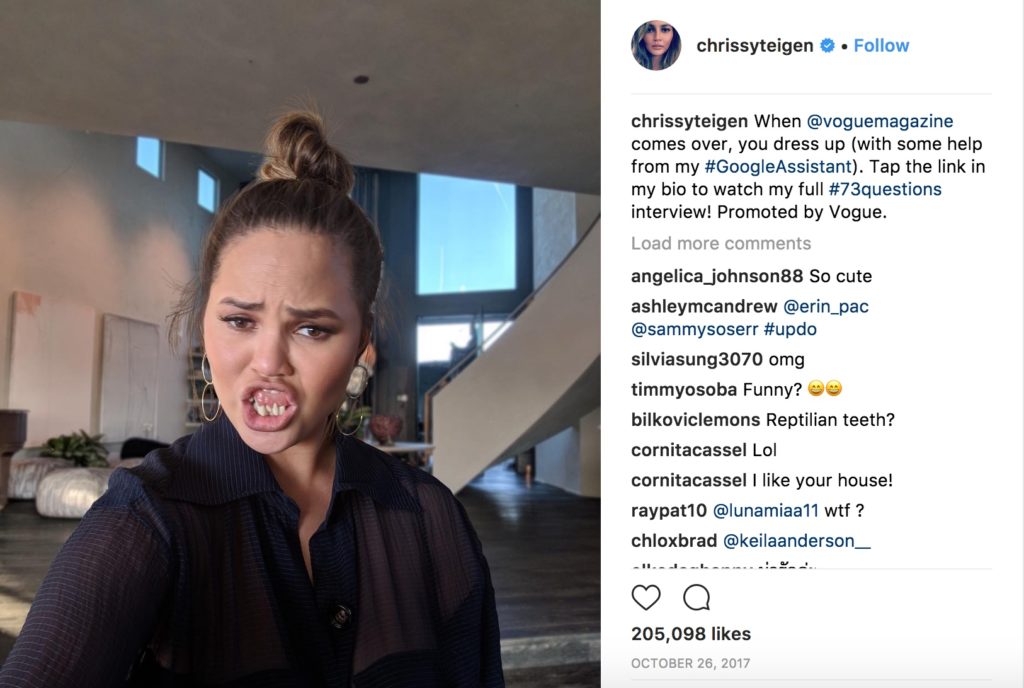 Chrissy Teigen wasn't about to let something like a Vogue photoshoot keep her from popping in a set of mangled teeth and snapping a selfie. Think that's funny? The 20 Worst Celebrity Statues Ever Created will crack you up. 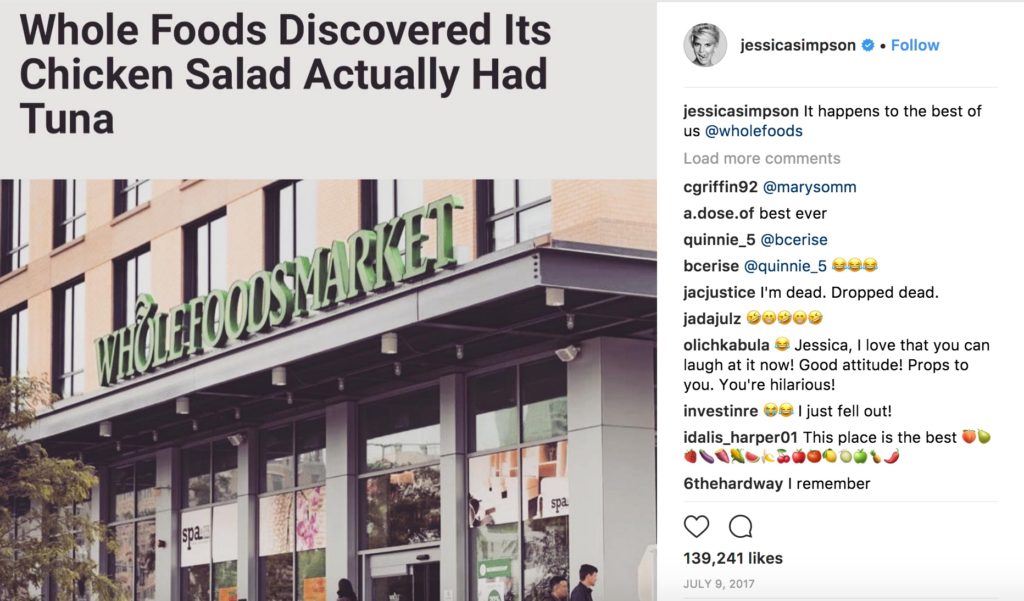 Jessica Simpson hilariously lampooned her famed ignorance about whether tuna is chicken or fish by sharing this story about a mix-up at Whole Foods. And when you want to crack up some more, enjoy the 30 Funniest Celebrity Commercials!

Katy Perry may be a teenage dream, but this hilarious photo proves that a basketball player, she ain't. And for more funny celebrities, enjoy the 30 Worst Madame Tussauds Celebrity Wax Figures Ever! 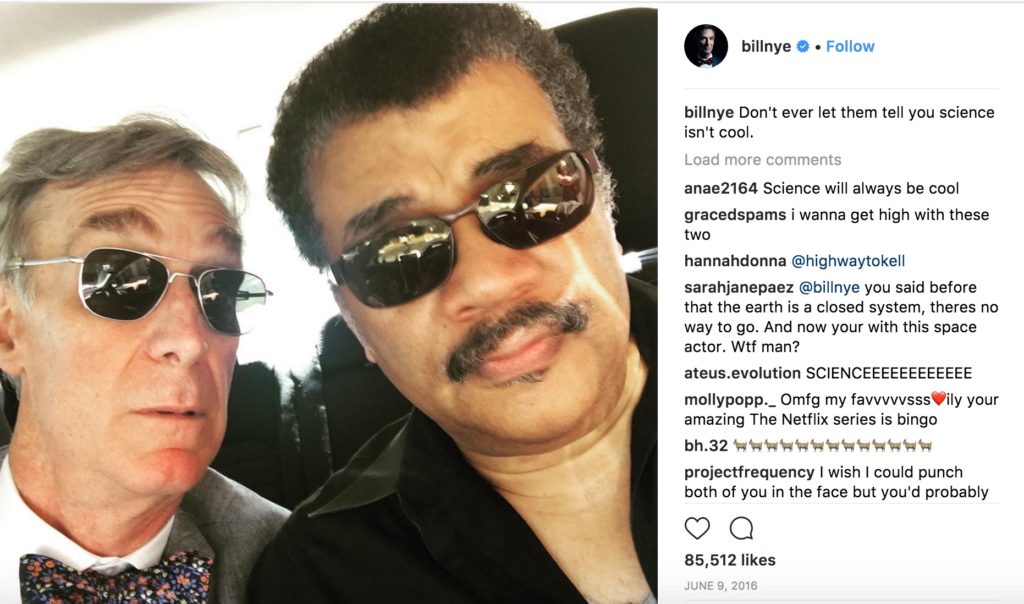 How could anyone ever think science isn't cool when Bill Nye and Neil deGrasse Tyson have the sunglasses-inside-bad-boy thing down pat, as per this selfie? 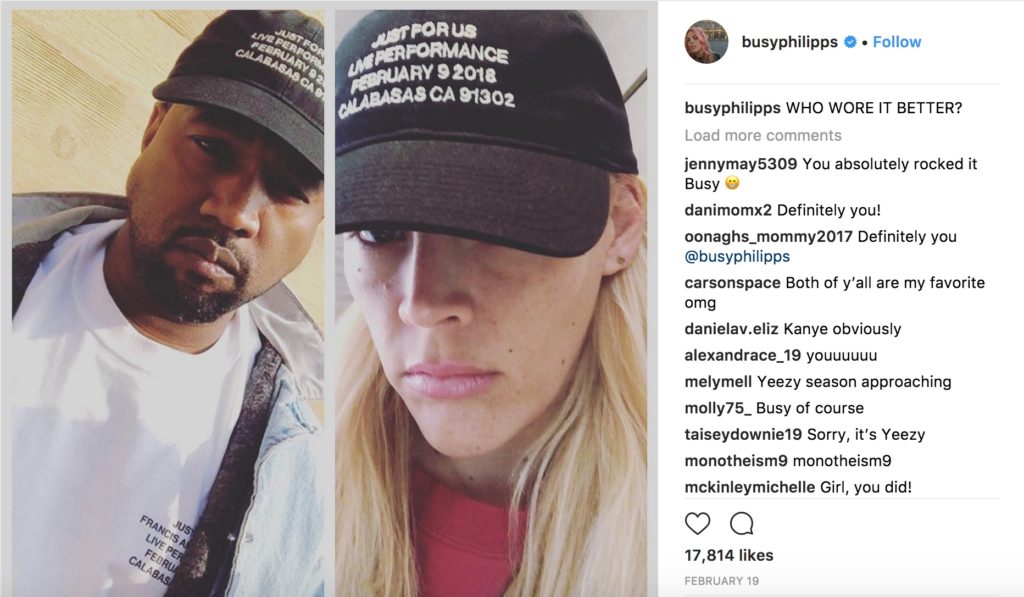 Busy Philipps may not have Kanye West's lyrical skills, but she has the next best thing: his hat. 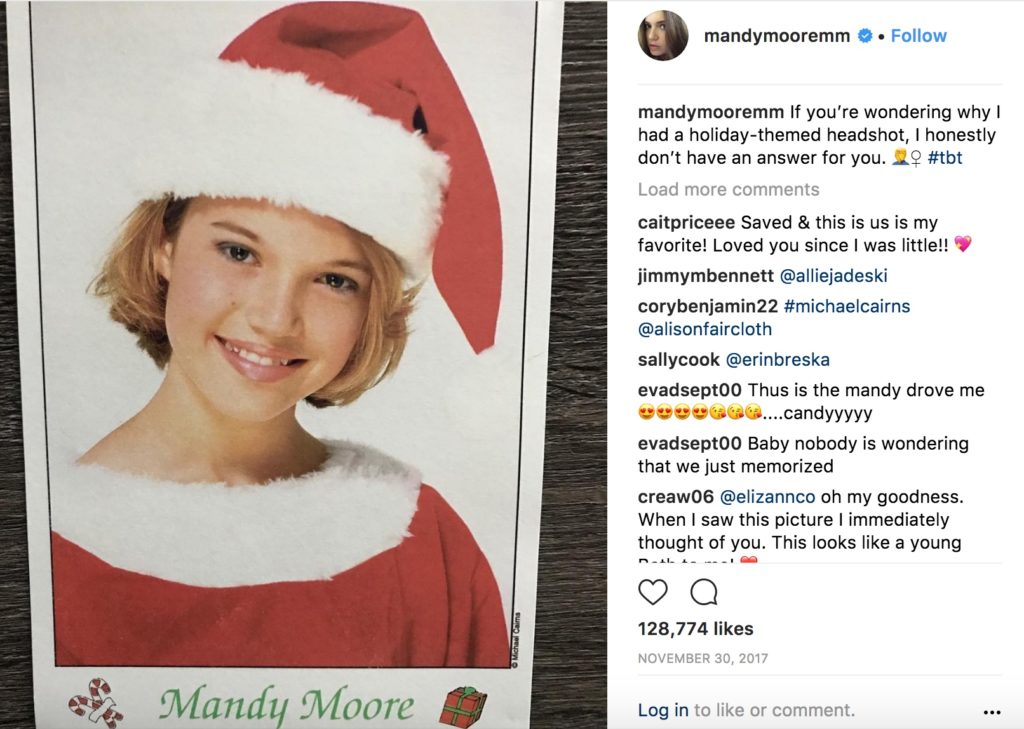 As a former child star, it's no surprise that Mandy Moore has youthful headshots, but these Santa-themed ones are equal parts hilarious and perplexing. 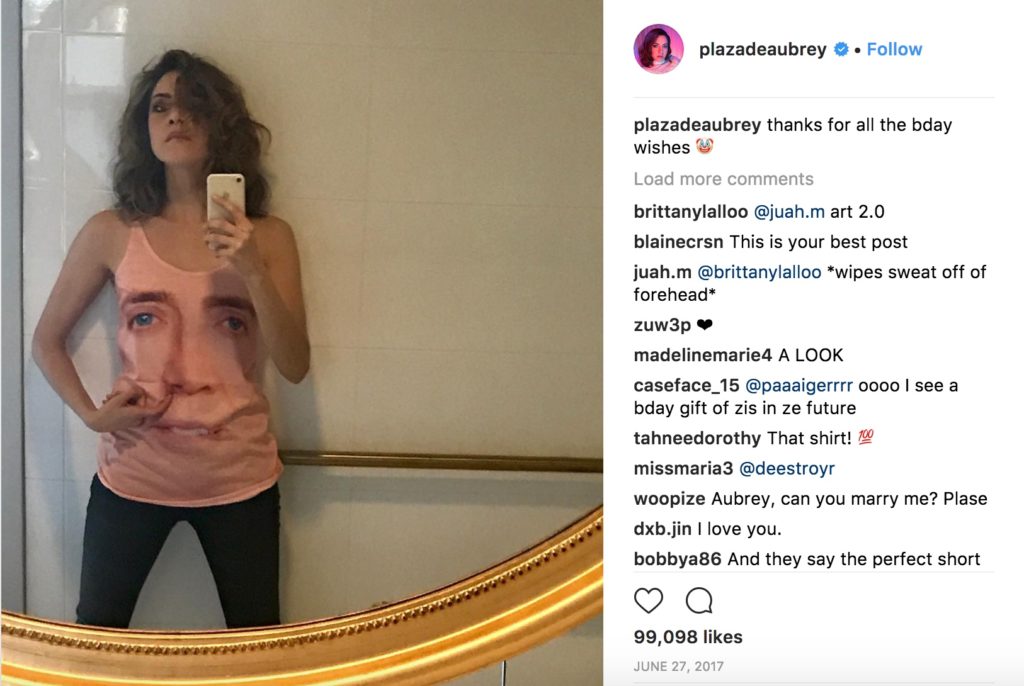 Aubrey Plaza's amazing selfie asks the question we all need the answer to: if you thank people for their birthday wishes without picking Nicolas Cage's nose, does it really count? And for more hilarity, enjoy the 75 Jokes That Are So Bad They're Funny! 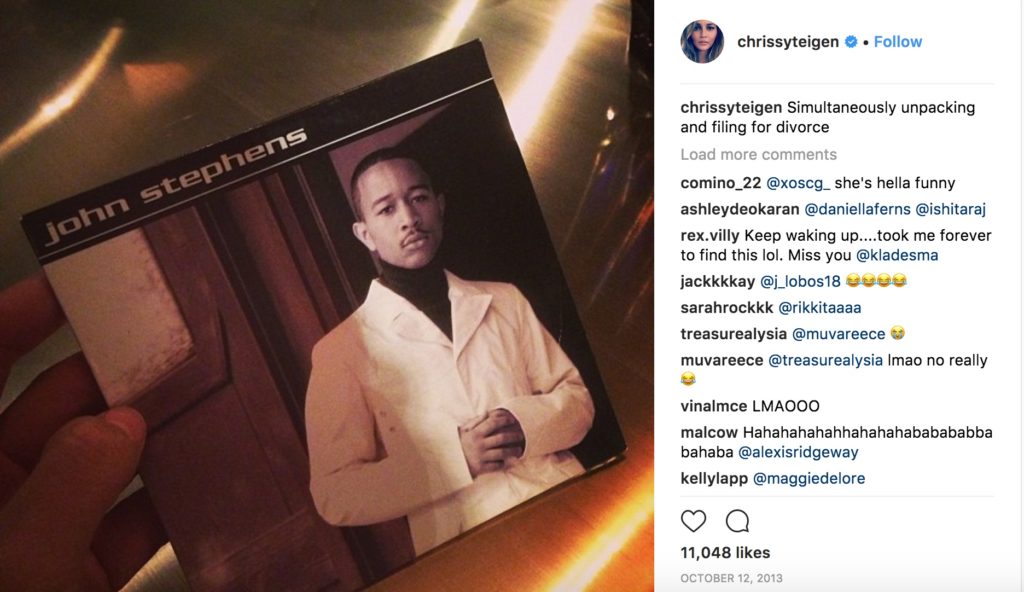 Chrissy Teigen and John Legend have one of the strongest celebrity marriages, but we don't blame her for calling it quits after seeing that mustache. If you laughed at that, you'll love the 50 Puns So Bad They're Actually Funny! 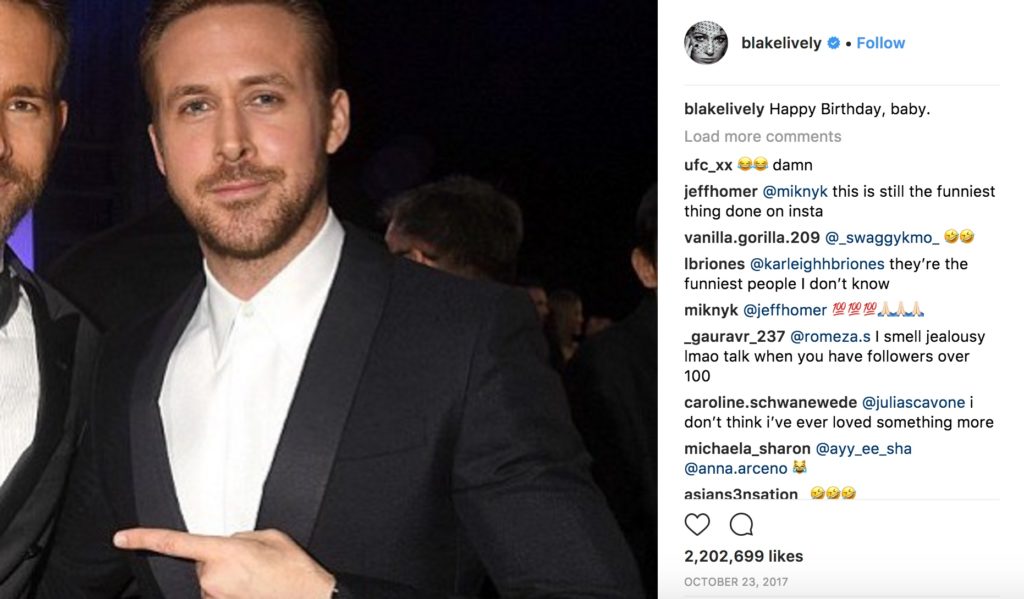 Blake Lively wasn't above cutting her husband, Ryan Reynolds, out of the picture in favor of Ryan Gosling in this brutal birthday wish. 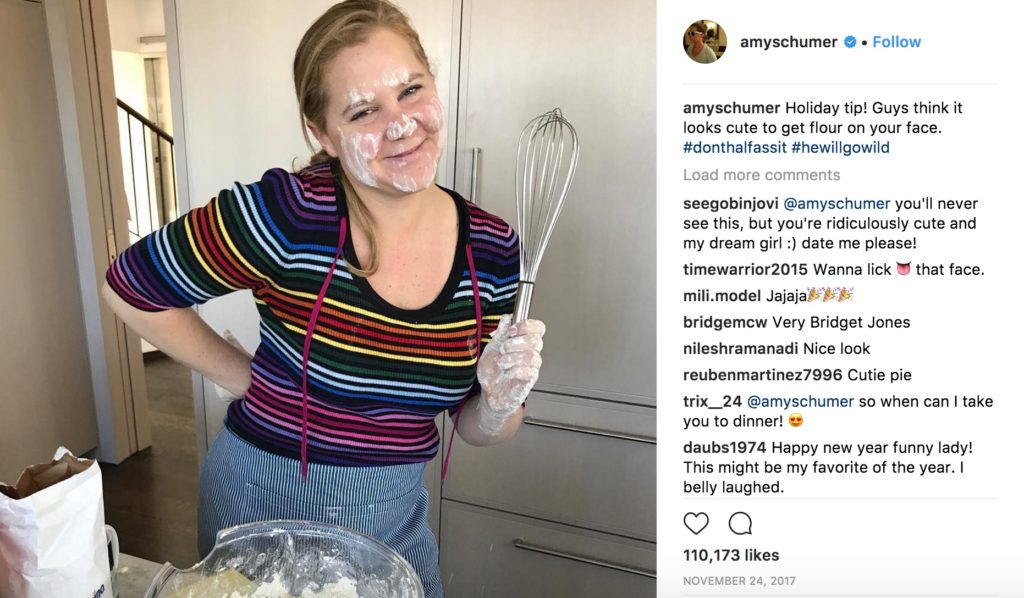 Amy Schumer knows that the way to a man's heart is through his stomach, although preferably if you can take a flour-covered selfie first. 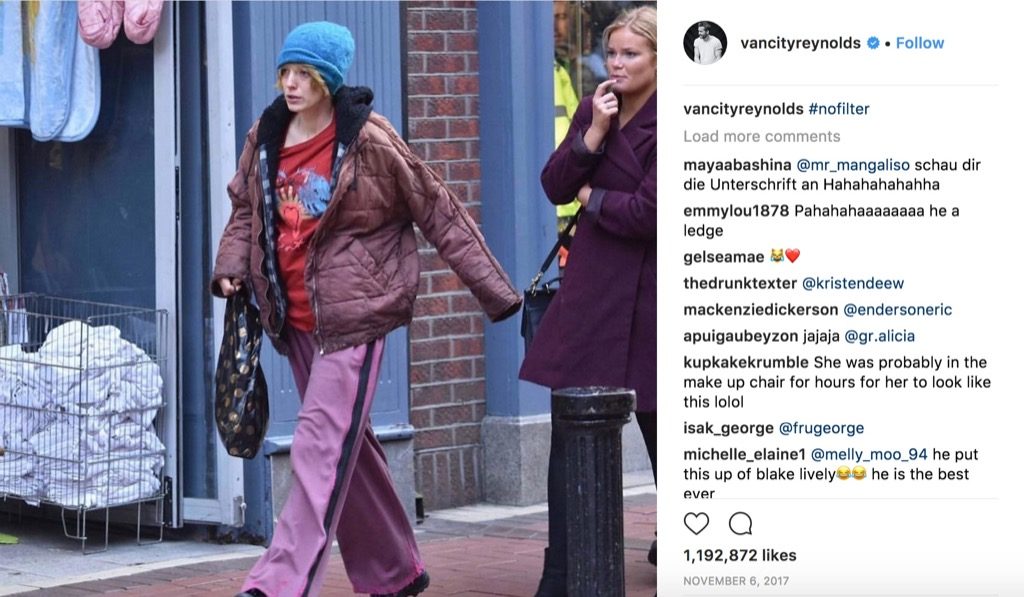 Ryan Reynolds knows his wife, Blake Lively, is a stunner, but was eager to point out her less-than-glam appearance in this photo from a recent film shoot, hilariously captioned just "#nofilter." 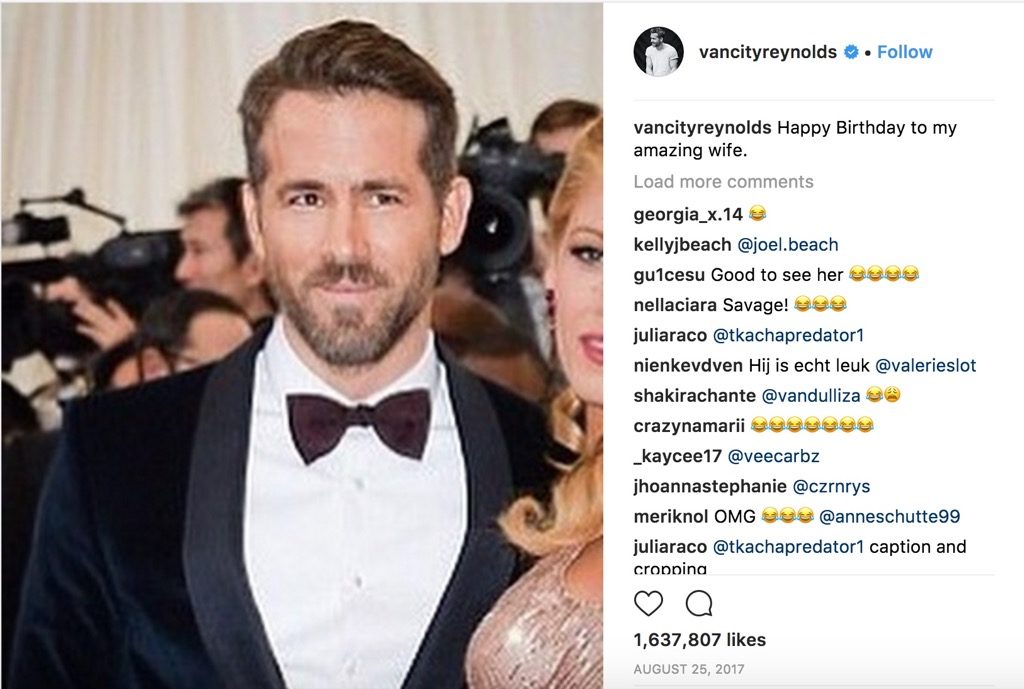 Ryan Reynolds cleverly razzed his wife with this photo for Blake Lively's birthday. 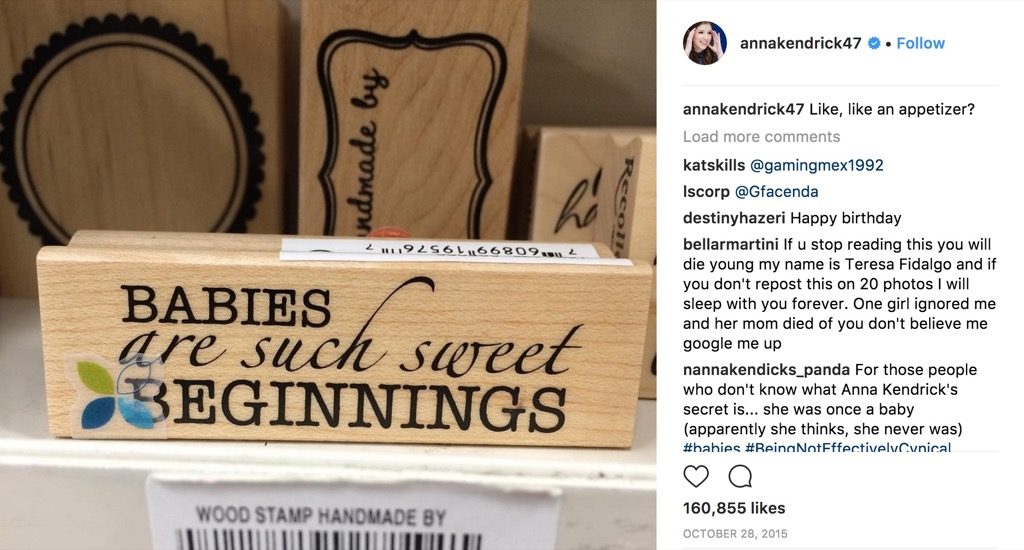 Anna Kendrick wasn't clear if this stamp was meant to indicate that babies are the beginning of a family, or should be eaten before dinner, like bruschetta. 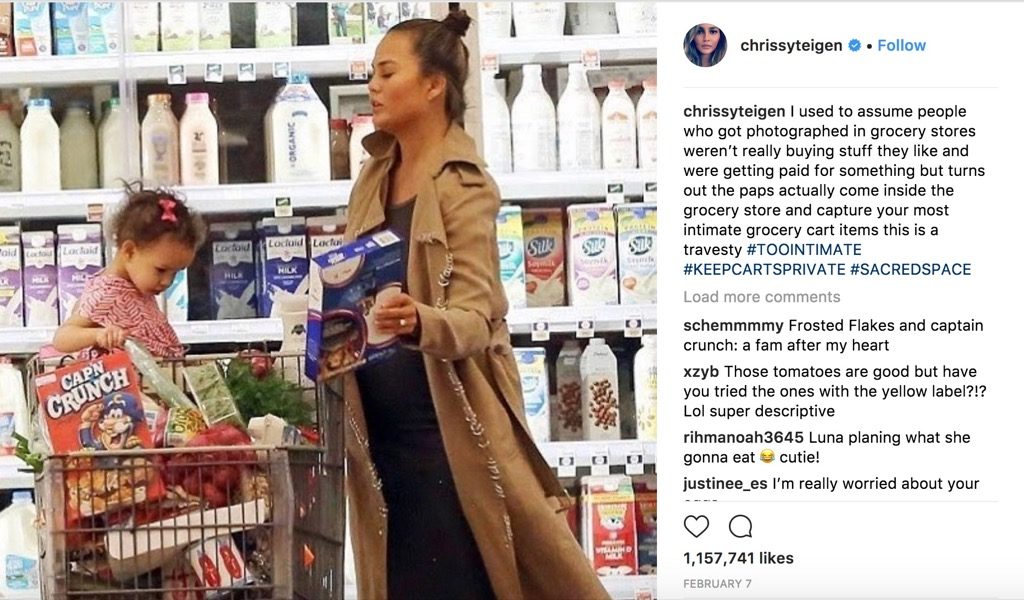 Those perfectly-coiffed celebrities buying entirely organic kale and quinoa? Yeah, Chrissy Teigen isn't one of them. 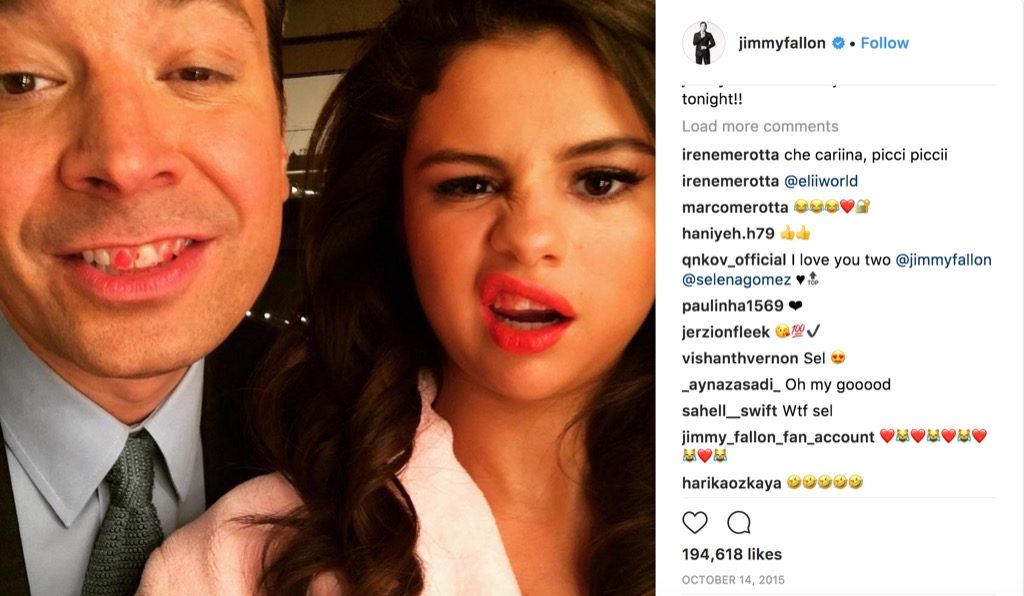 Jimmy Fallon and Selena Gomez could clearly use a new makeup artist, as evidenced by this adorably icky shot. 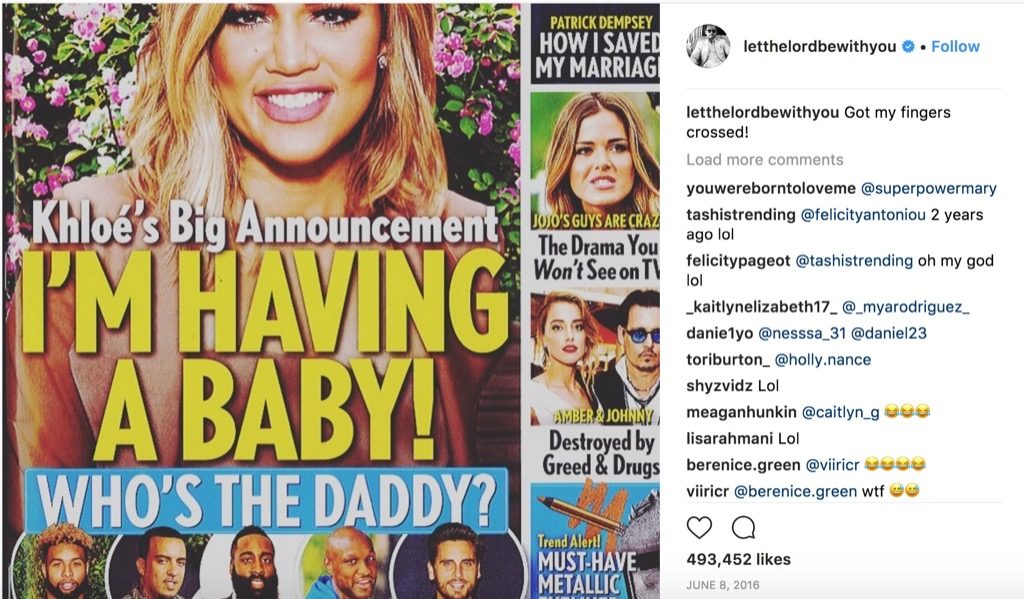 Scott Disick wasn't above sending up the rumors about a romance between him and Khloe Kardashian with this hilarious picture of a not-so-accurate tabloid headline. 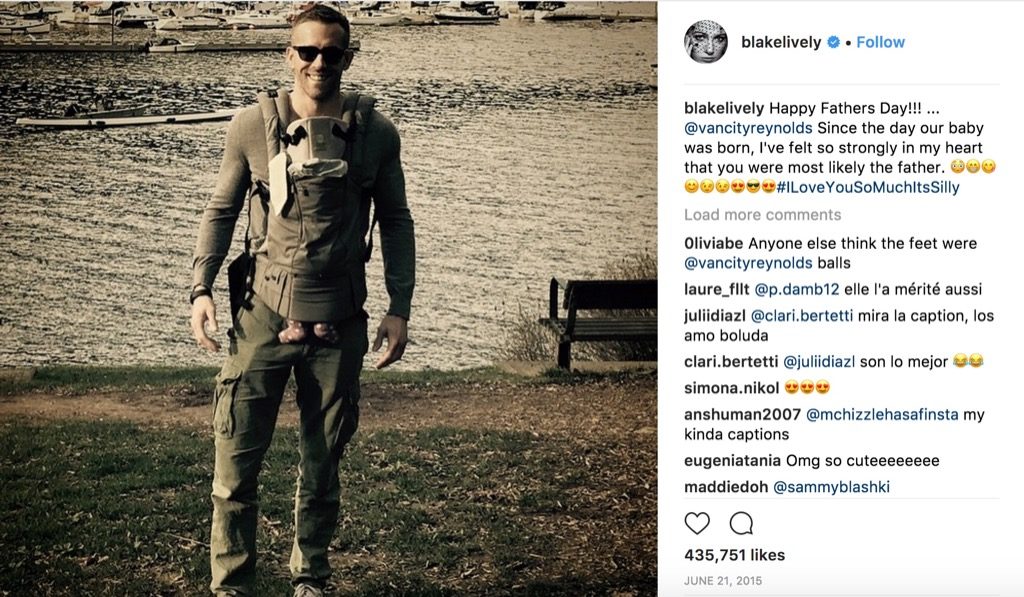 Blake Lively's message to Ryan Reynolds on Father's Day couldn't have been sweeter—unless she got a DNA test, that is. 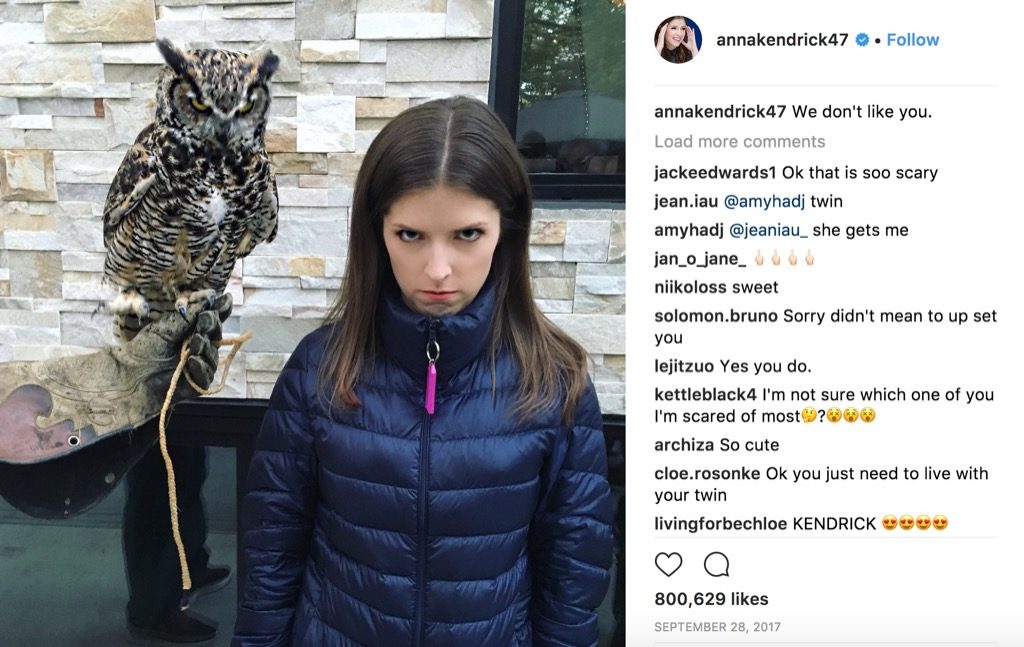 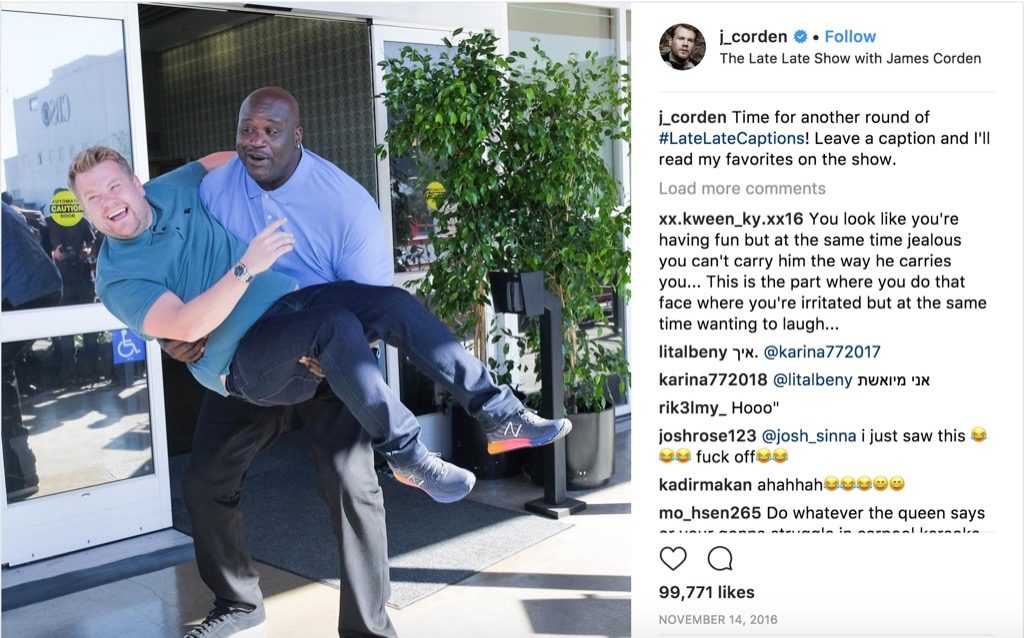 It takes a big man to admit when he's too tired to keep walking. It takes an even bigger, Shaq-sized man to carry James Corden around like a baby.

Jim Gaffigan proves once again he's the funniest dad on Instagram with this cutting caption. 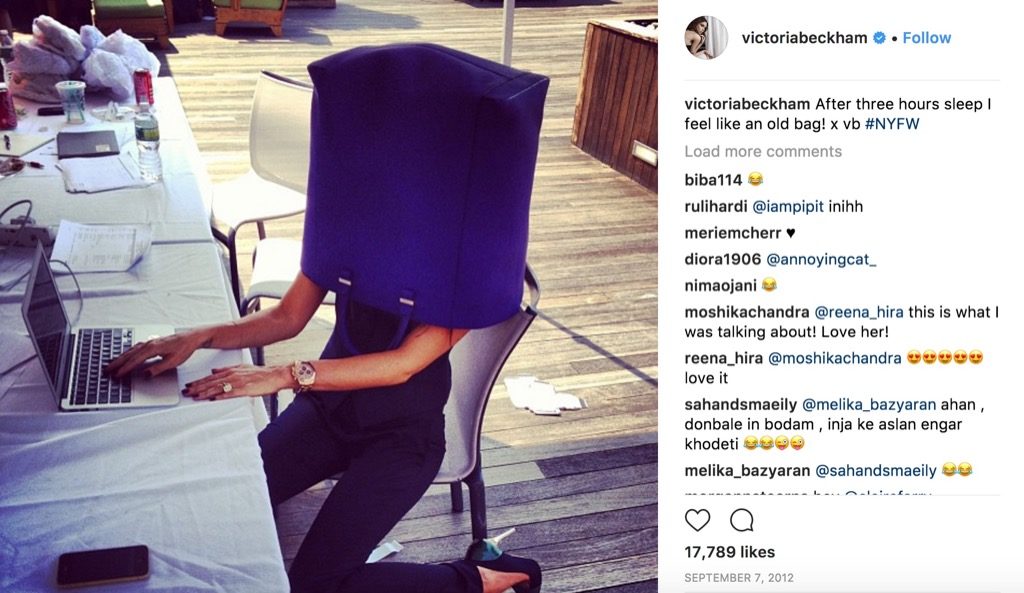 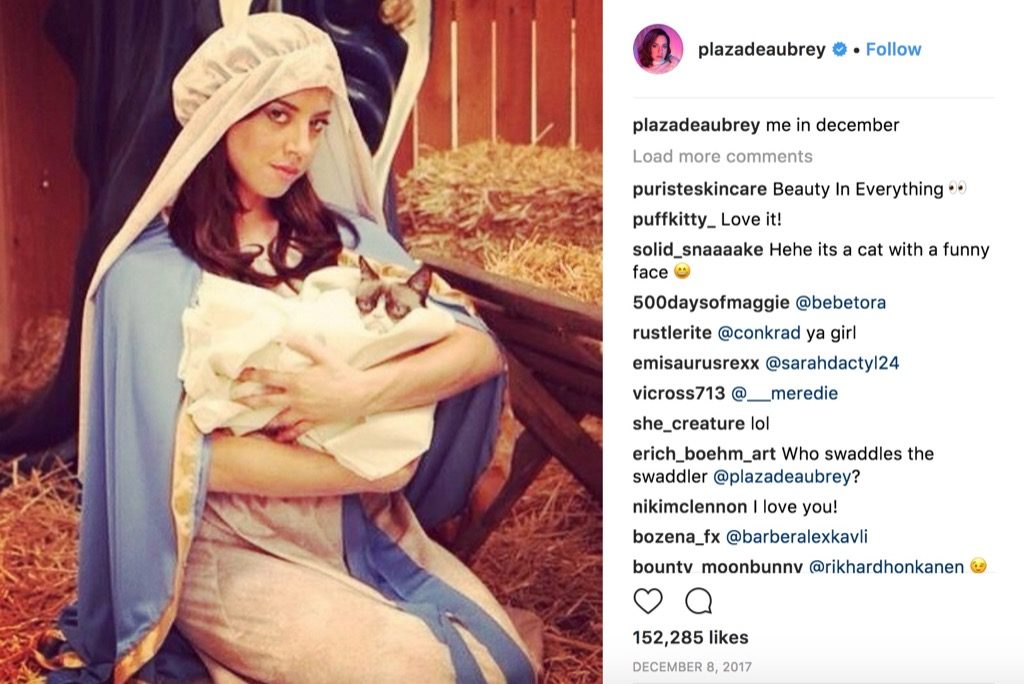 Aubrey Plaza celebrates Christmas the traditional way: in a manger, dressed as the Virgin Mary, with Grumpy Cat wrapped up like the baby Jesus. 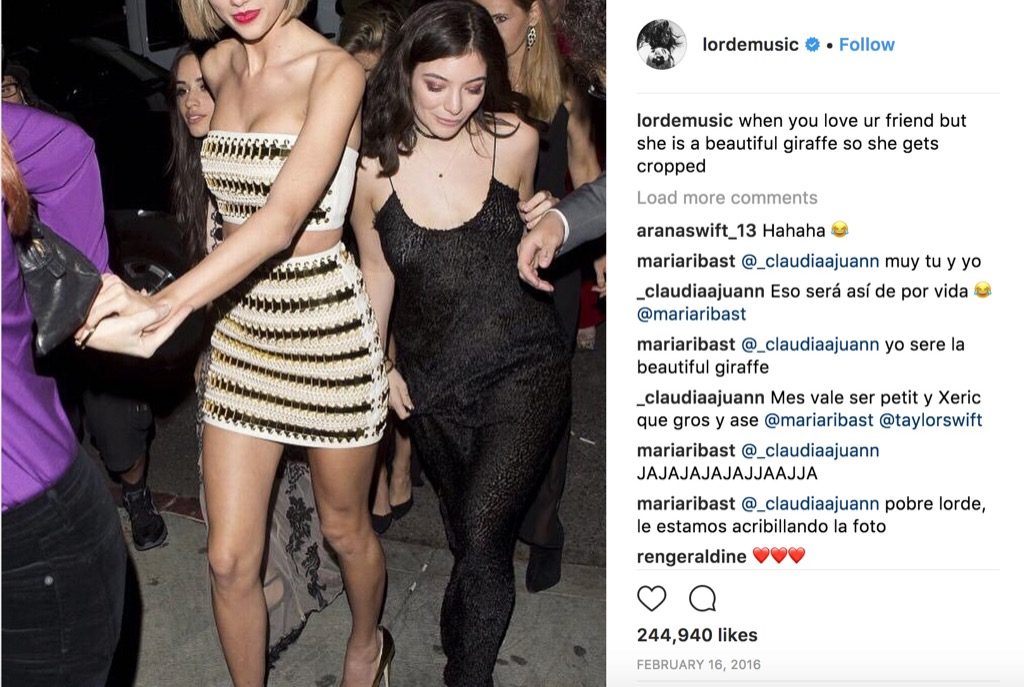 Just because you're Taylor Swift doesn't mean you're immune to getting your head cropped out of photos, at least according to Lorde. 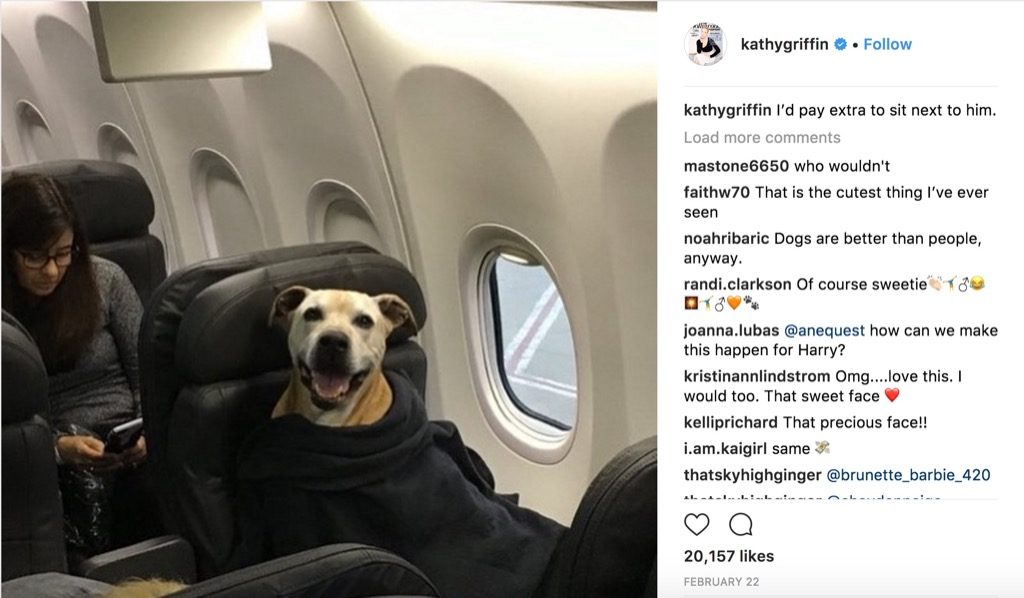 Some people don't love seeing pets on planes. As for Kathy Griffin, she had no bones about sitting next to this very good boy.

Amy Schumer never stops looking glamorous for a single second, as evidenced by this bizarre baby bottle look she sported for an interview on Ellen. 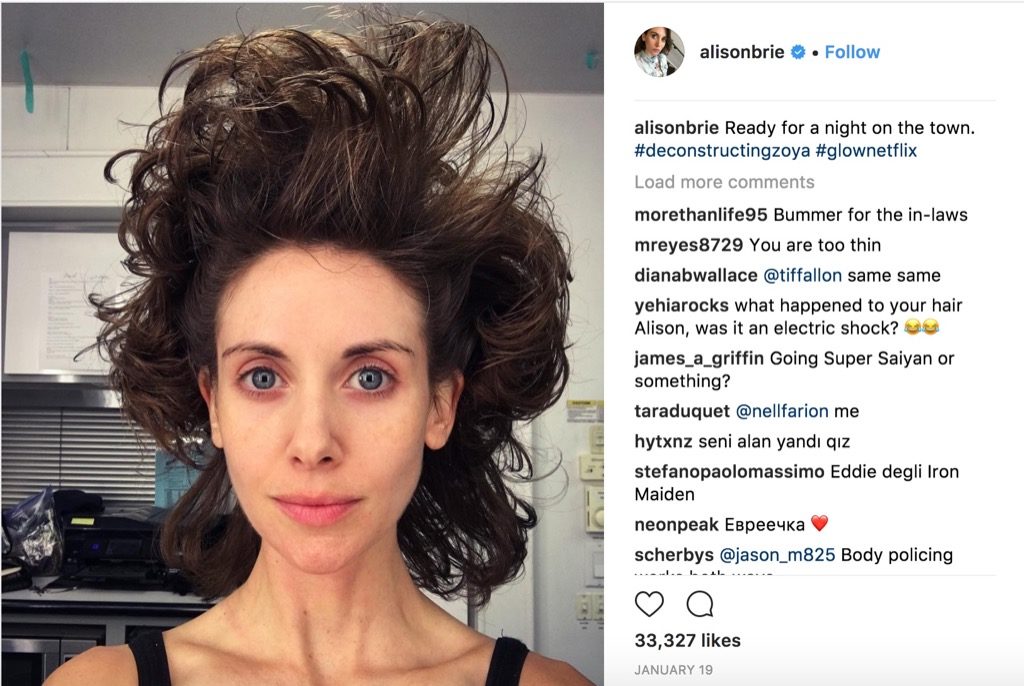 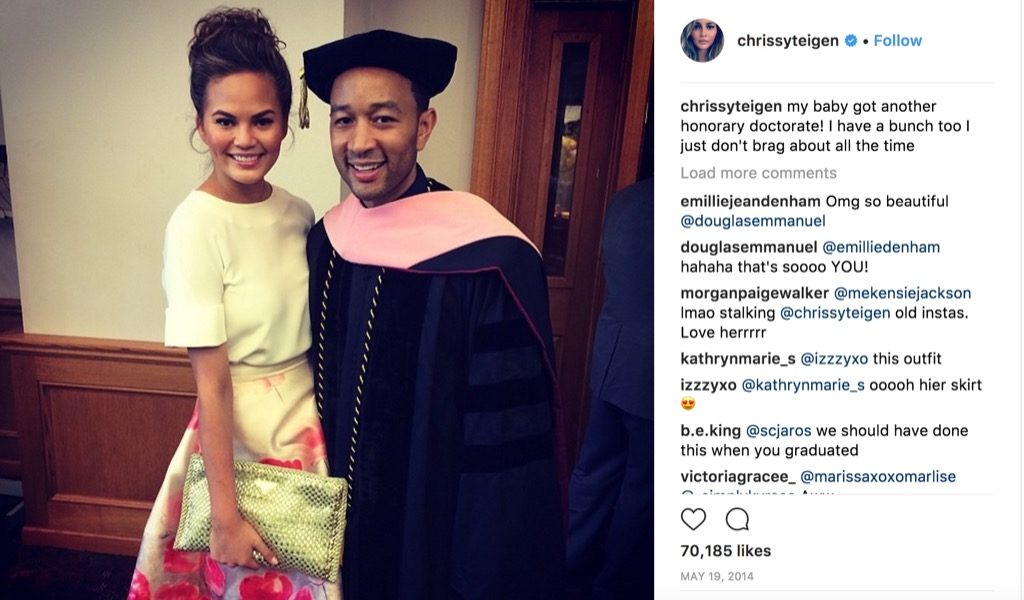 Chrissy Teigen may love her husband, but she's not exactly blown away by his honorary doctorate. 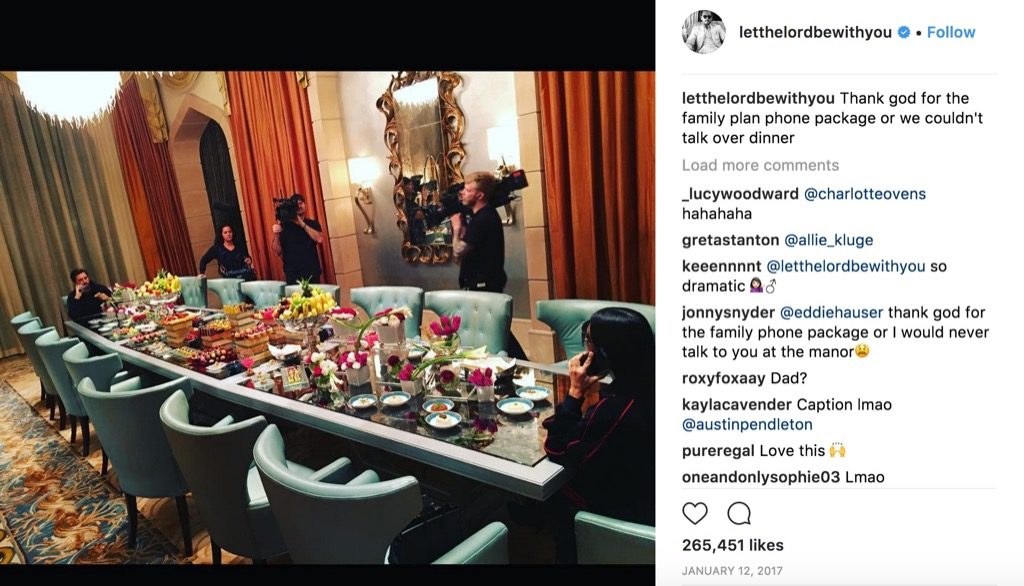 iIf there's one thing Scott Disick and Kourtney Kardashian's problems are, it's relatable, as evidenced by this hilarious photo of the pair at dinner. 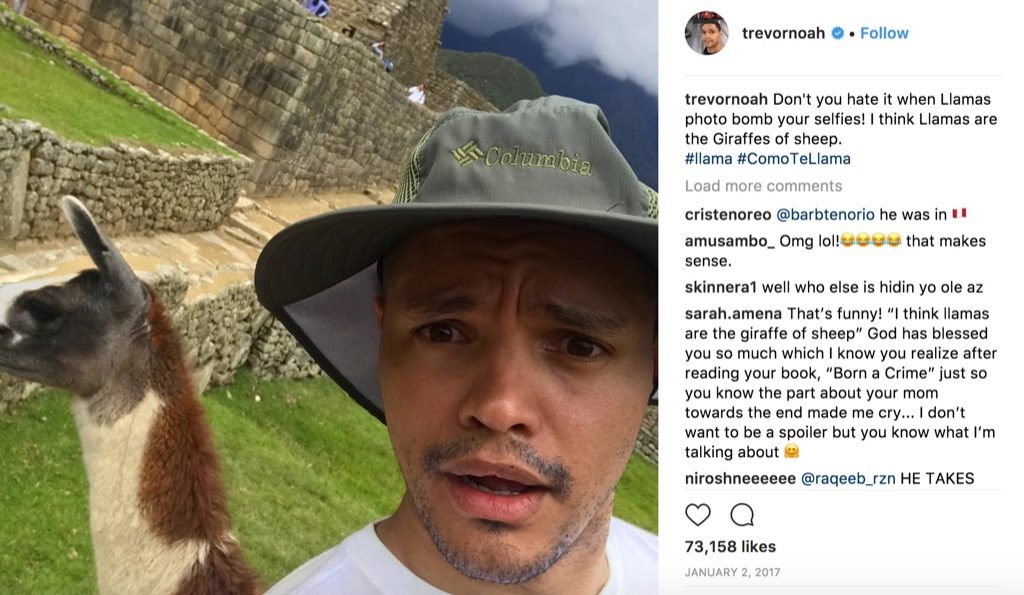 Just because you're a celebrity like Trevor Noah doesn't mean that members of the animal kingdom have any respect for the sanctity of your selfies. And for more celebrity shockers, check out the 30 Most Outrageous Celebrity Interview Moments!