The 20 Worst Celebrity Statues Ever Created

Here are the ultimate sculpture fails across the globe.

There's a reason the Mona Lisa and The Girl with the Pearl Earring are such iconic works of art: It's no easy feat to capture another person's likeness. While paint is a difficult enough medium as it is, creating a resemblance in clay or metal is an undeniably an even more difficult feat. Unfortunately, that hasn't stopped countless less-than-stellar artists from trying their hand at celebrity sculpture, showing their not-so-masterful works to an audience of millions.

Lumpy clay, disfigured visages, and taking some undesirable creative liberties have made these celebrity statues so bad they're worthy of every bit of derision that comes their way. Think these celebrity likenesses are eyesores? Just wait until you see The Ugliest Statue in Every State!

Although she's since been replaced with something that doesn't make children cry, it's not hard to see why this grimacing version of Lucille Ball was dubbed "Scary Lucy." Ugly statues aren't the only American oddities worth stopping for; make a pit stop at The 33 Best Roadside Attractions in America the next time you hit the road!

Dressed in a suit with a waistcoat, aged 40 years, and bearing virtually none of Tupac's distinctive features, if it weren't for the identification on the plaque below, we wouldn't have any clue who this dapper middle-aged guy is. And for more coverage of awful eyesores, don't miss the Ugliest Sports Uniforms Ever Designed.

Cristiano Ronaldo is a global hero, particularly in his native Portugal. Unfortunately, that didn't stop the city of Madeira from unveiling this deformed monstrosity at the soccer star's eponymous airport. Thankfully, the megastar was finally given the handsome statue he deserves.

The Muscles from Brussels didn't get the warm reception he might have hoped for in the Belgian capital. From the elongated head to the unrecognizable features, this statue could be of any shirtless behemoth. And for more things you definitely don't want to look at, here are the 10 Ugliest New Cars.

While Oscar Wilde was known for his bawdy humor, this paunchy, double-chinned statue with a creepy grin on his face is hardly a joke he would be likely to find much humor in. But if you'd like to see it IRL, we've got some good news: Now's Actually the Best Time to Book a Flight to Europe!

Space oddity doesn't even begin to describe the alien-esque statue of David Bowie you can see in Aylesbury. 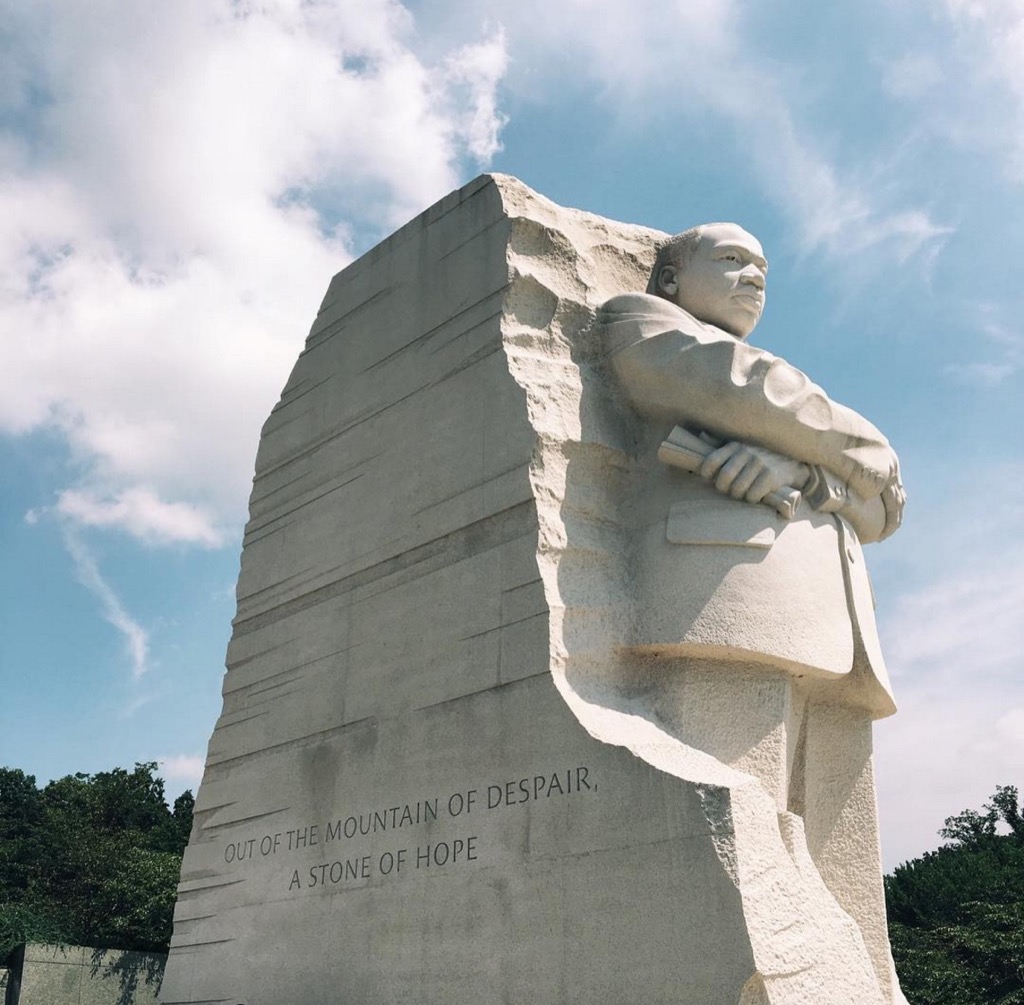 Although this statue of Dr. King is hardly the worst one out there, the Han Solo in carbonite vibes it's giving us are definitely a questionable choice.

The Bible really glosses over that part where Jesus gets into grunge. And yes, the statue is crying a single tear.

James Dean's smoldering good looks aren't effectively captured in this statue of the late star in Los Angeles. In fact, the sculpture looks a lot more like James Franco's version of the star than the Rebel Without a Cause himself. And for more fun celebrity trivia, don't miss the 20 Craziest Hollywood Rumors of All Time.

Wears leggings and a tiny vest? Uses his fingers a lot when he dances? Has a Mount Rushmore-sized head? Sounds like Elvis to us.

We've all heard the rumor about George Washington's wooden teeth, but Lincoln's gold nose is new to us. Want something a bit more impressive than an ugly statue to post on social media? It's time to Meet the World's "Most Instagrammable" City!

The Crocodile Hunter and his family deserve so much better than these wrinkly, leering nightmares at the Australia Zoo.ae0fcc31ae342fd3a1346ebb1f342fcb

Blues legend B.B. King's genius may have made him a worldwide celebrity, but this lumpy statue of him in Montreux, Switzerland makes the late star look like he's crawling out of a swamp. Don't have time to hit the slopes in Switzerland? The 9 Best Luxury Ski Resorts in America are worthy replacements.

What Yeezy lacks in modesty he more than makes up for in unrecognizable statues of himself as Jesus. Luckily, you can still enjoy the magic of the movies even if Hollywood isn't on the itinerary—just check out The Best New Star Wars Locations You Can Actually Visit!

Beloved Chicago sportscaster Harry Caray must have pissed somebody off to have this monstrous statue of him erected.

Not only does this statue of Wayne Gretzky look like the love child of Ellen DeGeneres and Gaston from Beauty and the Beast, it doesn't quite capture the excitement of the pose it's based off of. Instead of looking ecstatic about a win, it looks like Gretzky's going to throw the Stanley Cup at someone.

It's bad enough that the sculptor behind this David Beckham statue shown in H&Ms around the world couldn't create a face that looked anything like the soccer star. What's worse is that nobody thought to not make his sizeable crotch the statue's centerpiece.

"I'm bad, I'm bad, you know"—equally true about the King of Pop and the creator of this truly terrifying piece. If busy cities like London aren't your cup of tea, book a trip to one of the 15 Best Under-the-Radar American Escapes instead.

Sarah Crow
Sarah Crow is a senior editor at Eat This, Not That!, where she focuses on celebrity news and health coverage. Read more
Filed Under
Entertainment
Read This Next
Latest News
Read This Next