Anyone can go on a vacation. But here are the journeys that will stir your soul.

For most of us, a vacation needs to be meaningful to make a difference, and that means doing a lot more than simply lounging poolside and lazily whiling away the hours. No, to recharge, to grow—and to shatter complacency and challenge ourselves—requires action, and nothing less than one of these big luxury adventures will do. After all, if you aim high, you'll be rewarded not only with amazing stories, but you'll also return with a renewed appreciation for life.

So, where will your new action-adventure take place? What follows are nine of our favorite dream adventures—from dashing across the world as everyone's favorite secret agent to manning a fighter jet to exploring the deep-sea ruins of the world's most famous shipwreck—that are guaranteed to shake up your world. And for more great high-end travel destinations, here are The Ultimate Vacation Getaways for Foodies. 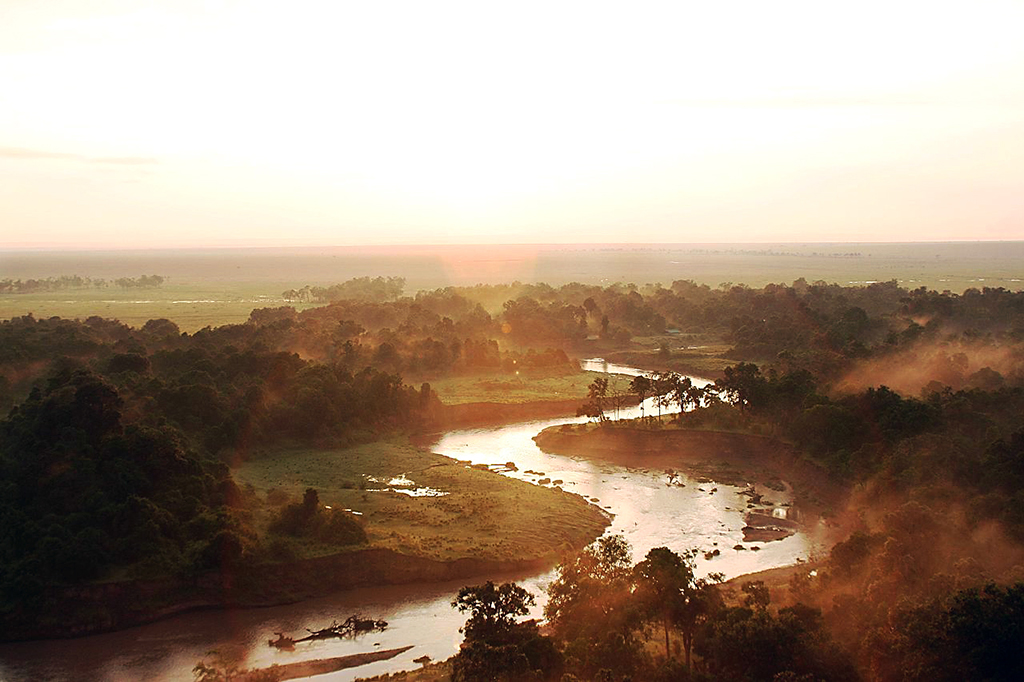 Big Papa was a man of his era and possessed, despite his considerable flaws, an appetite for the dramatic. The African Serengeti, home to the largest terrestrial mammal migration in the world, is the epitome of drama on a monumental scale.

To witness its unparalleled diversity of life, played out in a constant cycle of regeneration, is mind-bending and awe-inspiring. Living among the big cats, the oryx, zebra, reticulated giraffe, black rhino, and wildebeest pays tribute to those who have devoted their lives to protecting this global treasure. The Hemingway Wing Safari—encompassing the Masai Mara and Samburu National Reserves, Serengeti National Park, the Ngorongoro Crater, and Tarangire National Park—is a hauntingly beautiful and tranquil experience. Not to mention: stylishly authentic, and quite possibly a good deal more luxurious than in Hemingway's time. Despite that, we think the Great Man would approve. (Two weeks for two begins at $10,950; micato.com.) And wherever you're traveling, it's important to know The Best Seat on Any Airplane. 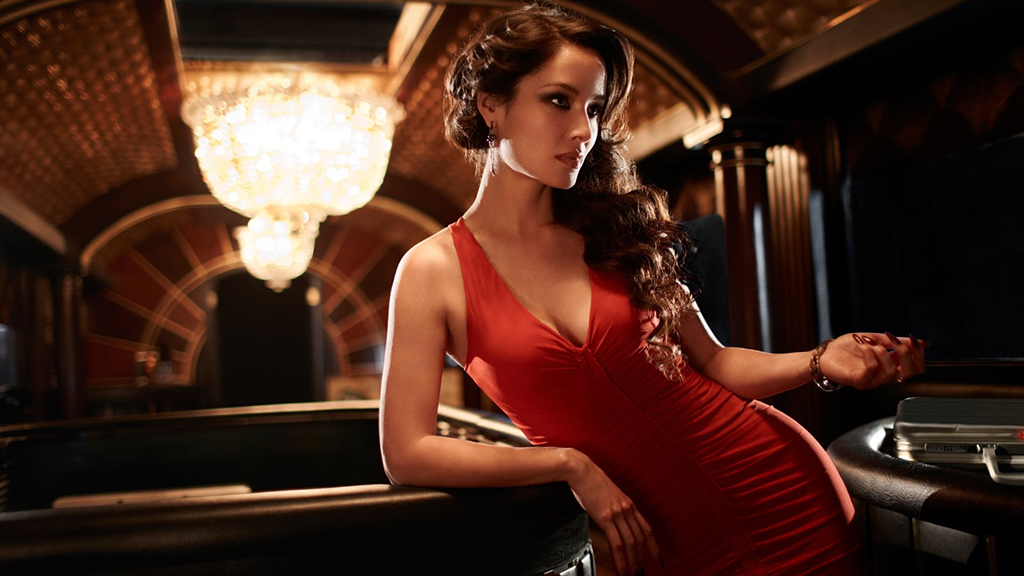 We are fortunate to live in an epoch where our adolescent fantasies can be indulged to the fullest. British travel impresarios Brown & Hudson will literally go to the ends of the earth to curate your ultimate James Bond experience, replete with Aston-Martins, cool gadgets, dangerous weaponry, and high-flying adventures in exotic locales. The mission may include everything from evasive high-speed driving, canyoning, and skydiving to world-class poker at Monaco's Casino Royale. Your introduction to the dark arts of global espionage will bring you in contact with, among others, British Special Forces, who share their expertise for performing under pressure and facing danger without breaking a sweat. Live out sartorially splendid scene re-enactments and get the inside scoop on the cinematic tricks and techniques that seared Bond into your DNA in the first place. Immerse yourself in a glamorous fantasy with Living the Bond Life—casino skills and luck are the only thing not included (but we've got you covered: here's the easiest way to double your money in Vegas, or any other casino). (Price N/A; brownandhudson.com.) 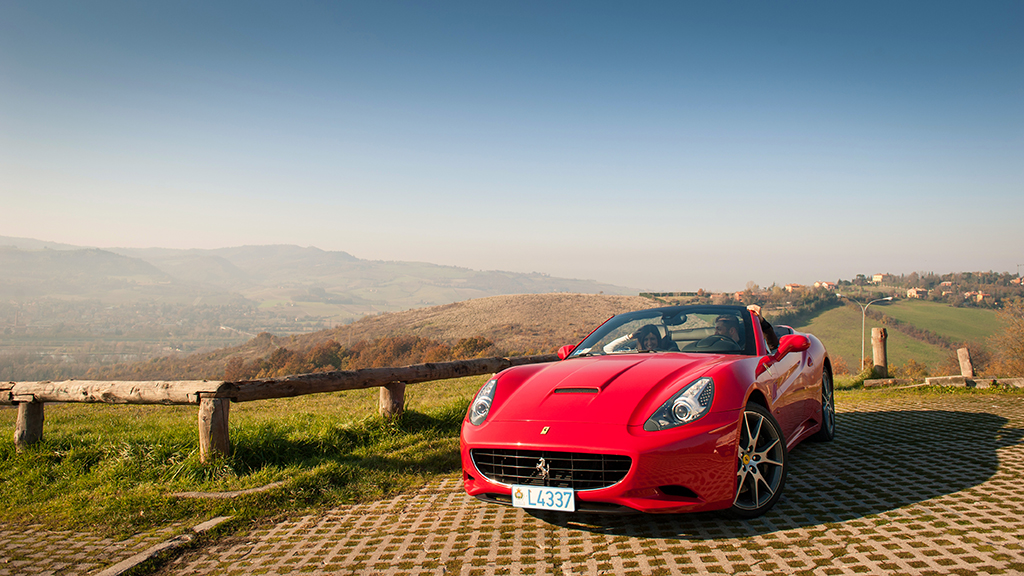 Serious world travelers don't go anywhere without a firm, expertly curated itinerary, and Zicasso is a leader in custom-planned destinations, matching your personal interests to experts anywhere in the world to create the best possible experience. Say, for instance, you have oil careening through your veins, and your idea of nirvana is tooling around Italy's Motor Valley in the finest motor cars. No problem! Zicasso can accommodate. Experience track days in a Ferrari, explore wine country in a Maserati, or carve mountain passes in a fire-breathing Ducati. Meet the maestros who design and build the world's most sensuous cars and motorcycles and indulge your culinary lust with private cooking classes and wine tastings in northern Italy's famed Emilia-Romagna region. This and dozens more fascinating adventures, including the new Game of Thrones film locations tour, await at Zicasso. (Prices reportedly begin at $4,129 per person for parties of two; zicasso.com.) And if you're looking to invest in a set of Italian-made wheels yourself, here are the 10 Greatest Ferraris of All Time.

For most of us, the final frontier may be the South Pole. Until now, the only way to reach that remote location was by ship, an often perilous and frightful journey through choppy, frigid ocean waters. Enter White Desert, the first air service to fly into the interior of Antarctica via private jet.

Departing from Cape Town, South Africa, the exclusive, luxury Gulf Stream is limited to 12 passengers, some of whom have included Buzz Aldrin, Bear Grylls, and Prince Harry. Bookings are said to be brisk. The single-day excursions are offered in various packages. Upon arrival, expect the obligatory visit to an impossibly adorable penguin colony, and then on to the United States science station. Located at the geographical center of the pole, the station is based at the only land surface on earth where the sun is continuously up or down for six months at a time.

Prices for this unique sojourn include a carbon tax on the jet emissions, which enables White Desert to claim a carbon-neutral footprint. (Roughly $74,000 for a week; white-desert.com. ) And for more great vacation ideas, here are 10 Secret Places Where the Ultra Wealthy Go. 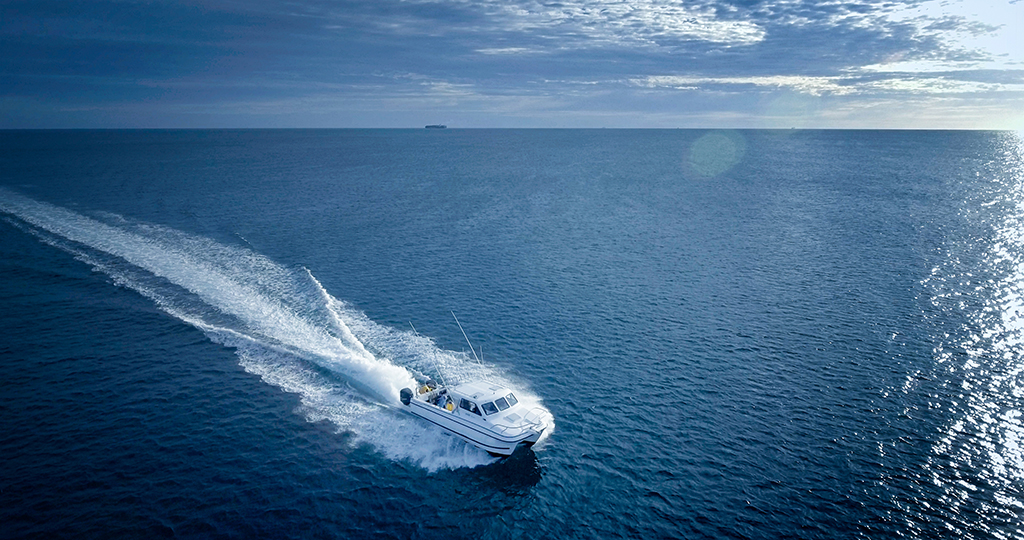 For the ultimate guy-bonding experience, few things come close to sport fishing. The element of danger combined with experiencing magnificent wildlife up-close builds lasting comraderie like nothing else this side of battle. Fishing, like golf, comes with loads of down-time. But unlike playing the links, fishing is laced with moments of high drama that promise bountiful, ribald stories for your grandkids' everlasting astonishment.

The waters off remote Papua New Guinea are a top destination for monster class Black Bass, Barramundi, and White Tuna, reputedly some of the most challenging prey anywhere. If you're new to the sport, consider the fantastic coast and river excursions that are also available and somewhat less demanding than deep-sea angling. The lads at Sport Fishing PNG in Port Moresby will be happy to set you up. (Begins at $8,000 for river journeys, $6,920 for blue water expeditions; sportfishingpng.net.) And don't forget: bonding with your buddies is one of the 100 Easiest Ways to Be a Healthier Man Right Now. 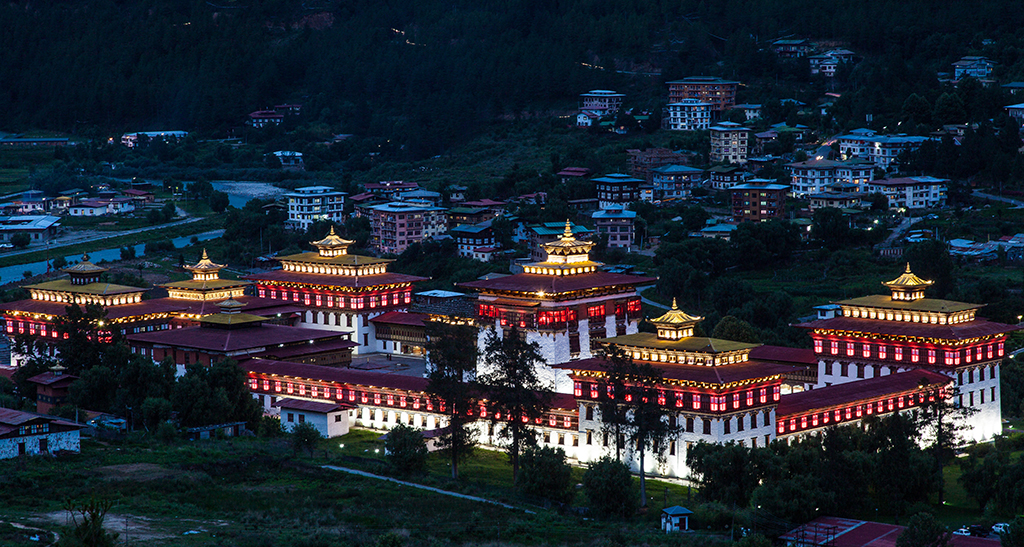 A few fun facts about the small state of Bhutan, nestled as it is between China and India, help to put it in perspective: slavery was abolished in 1958, the first foreign tourists to explore the hermit nation arrived in 1974, and television was introduced in 1999. Also: the national sport is archery, smoking is illegal, and mystical Buddhism is considered cool. And there's a little thing known as the Gross National Happiness index, a measure of country's permanent contentment with life. And it's taken very seriously.

For these reasons and more, Bhutan is one of the ultimate luxury adventures for a truly epic escape and a chance to discover one of the most fascinating and remote destinations on earth, described by National Geographic as "a tiny kingdom attempting to join the modern world without losing its soul." An apt description, though it would be a mistake to conflate such a cautious outlook with cold ascetism. The Bhutanese brand of Buddhism is possessed of humor and exuberance, expressing the tantric conviction that carnal relations can lead to enlightenment. Got your attention? Be aware that only travelers booked through tour operators are allowed visas, one of many hoops you'll be required to jump through to experience your Himalayan holiday. (Prices vary; before booking your flight, do your homework at tourism.gov.bt.) If you're booking a trip closer to home, here are Anthony Bourdain's Favorite Boutique Hotels Across America. 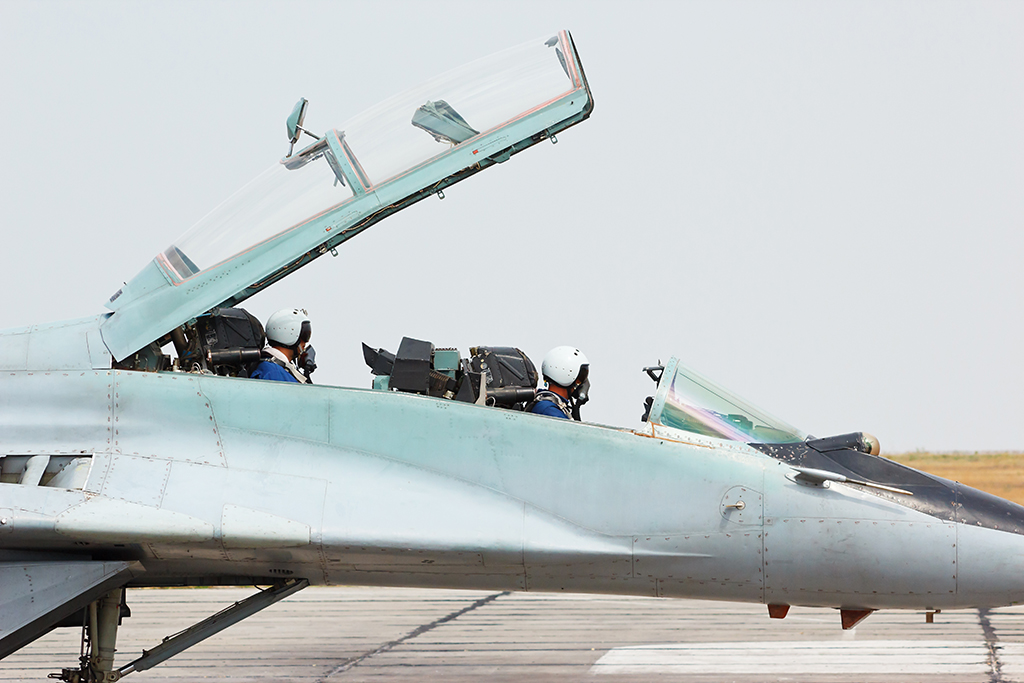 The terrible beauty that are military aircraft have long mesmerized red-blooded boys and girls. Short of joining the military, experiencing supersonic thrills at 30,000 feet remained a big-screen fantasy. Thanks to enterprising Russians, Soviet birds of prey like the MiG-29, Sukhoi 27, or any number of other jet fighters of the Cold War have a new lease on life. As do their talented, Top Gun pilots, who will happily co-pilot you into the wild blue.

Preparations are necessarily extensive, but if you've got the right stuff to handle the crushing g-forces of speeds in excess of Mach 1 you'll get all the stick time you want. Organized by Incredible Adventures, which has also launched a classic jet flight program in South Africa using British Cold War-era jets. (Prices reportedly begin at $16,900; inquire at incredible-adventures.com.) 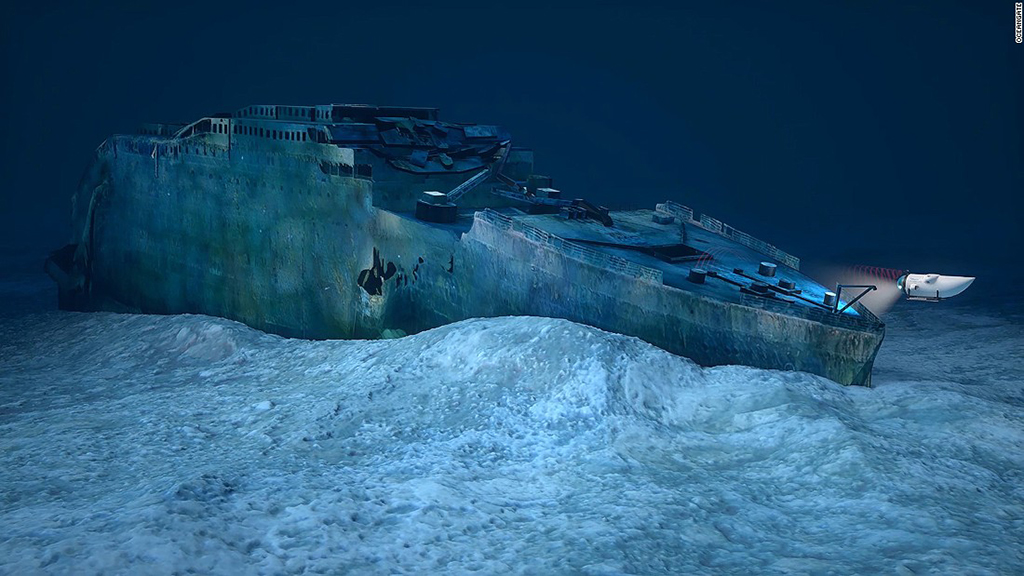 Nearly 105 years after its fateful demise, the RMS Titanic continues to haunt us like no other shipwreck in memory. Beginning this year, a limited number of intrepid explorers will claim the distinct privilege of witnessing the ship's final resting place, 4,000 meters beneath the Atlantic. OceanGate Expeditions will offer excursions in specially-made titanium and carbon-fiber submersibles, with space limited to just 9 passengers per trip. Launching from the coast of Newfoundland, Canada, the vessel will glide over the ship's deck, capturing exceptionally rare views for an unforgettable, legacy experience. Trip organizers like to point out that fewer people have visited the wreck of the Titanic than have been to outer space. (Price for an up-close view of the Titanic is $105,129 per person; for more information contact Elizabeth Ellis, Founder of Blue Marble Private, at elizabeth@bluemarbleprivate.com.) 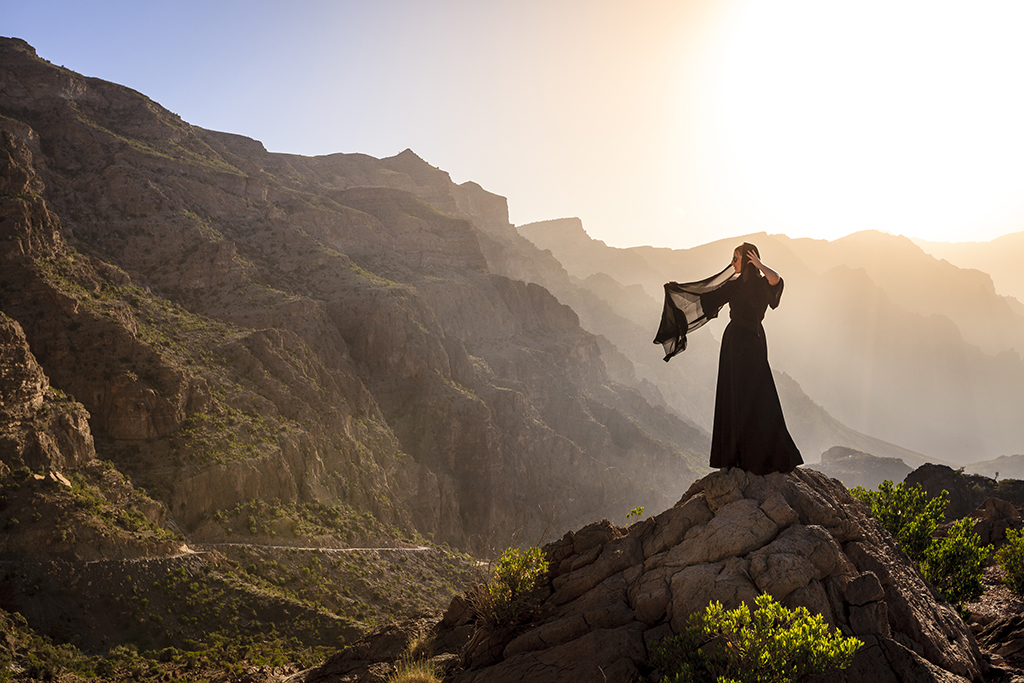 Oman lies quietly in a largely forgotten corner of the world, overlooked by the legions of churlish tourists that clog and desecrate many of the most desirable places. For those seeking an authentic, low-key, transformative experience far from the throngs (though not without the pleasures of 21st-century comforts), Oman deserves a spot on your must-see, luxury adventures list.

We're talking about a tiny, prosperous, peace-loving nation, that has somehow evaded the troubles plaguing much of the Middle East. Ruled by the Al Said dynasty since 1749 after rousting the Persians, Oman experienced the next 25 decades in relative isolation. As recently as the 1970s there were only about six miles of paved road in the entire country. But unlike nearby Abu Dhabi, Dubai, or Doha, Muscat, the capital, is not ostentatiously nouveau riche. Its ancient culture and tradition coexist with the modern world without being overwhelmed by it. The old city is blissfully well-preserved and free of the garish towers that have risen elsewhere in the region.

For the full-immersion, relinquish first-class hotels for a fascinating, luxurious Bedouin camp where you can sleep under the stars and engage with the wonderful, warm Omani people and their intriguing cuisine. All while taking in the stunning, other-worldly landscape, exotic and unspoiled, a pleasant consequence of sitting out the industrial age. (Prices begin at roughly $3,100 per person for couples; book your trip with Oman experts quintessentiallytravel.com.)