10 Secret Places Where the Ultra Wealthy Are Traveling This Summer

The most exclusive beaches, castles, and adventures.

Aspen's pretty cool. You know what's even cooler? The Japanese Alps. It's a simple fact of luxury travel: no matter where you're going, there's always someplace else more beautiful, more remote, more luxurious, and more exclusive. Well, except for these ten locations. Consider them the secret escapes where the Davos crowd goes to unwind. We're talking about castles tucked away in forests, seaside towns barely caressed by the hands of time, or jeep rides through exotic, predator-packed jungles. So if you're looking to really elevate your summer vacation, read on. And to really turn this into an unforgettable adventure, book a flight that connects to an airport with an over-the-top sumptuous lounge.

Crossing the northern border—even for a long weekend—will do a body good. In celebration of their 150th anniversary, Canada has a gifts to tourists: The Discovery Pass. It offers free entry to Canada's National Parks in 2017. A well-timed trip will mean summer hikes throughout the Canadian Rockies (plus luxe accommodations at one of two grandiose Fairmonts in the Banff area, the Fairmont Banff Springs and Fairmont Chateau Lake Louise. The Castles Fairmont are romantic destinations, for sure, but if you want to kick the loving up a notch, consider traveling on the aphrodisiac tour of the world. 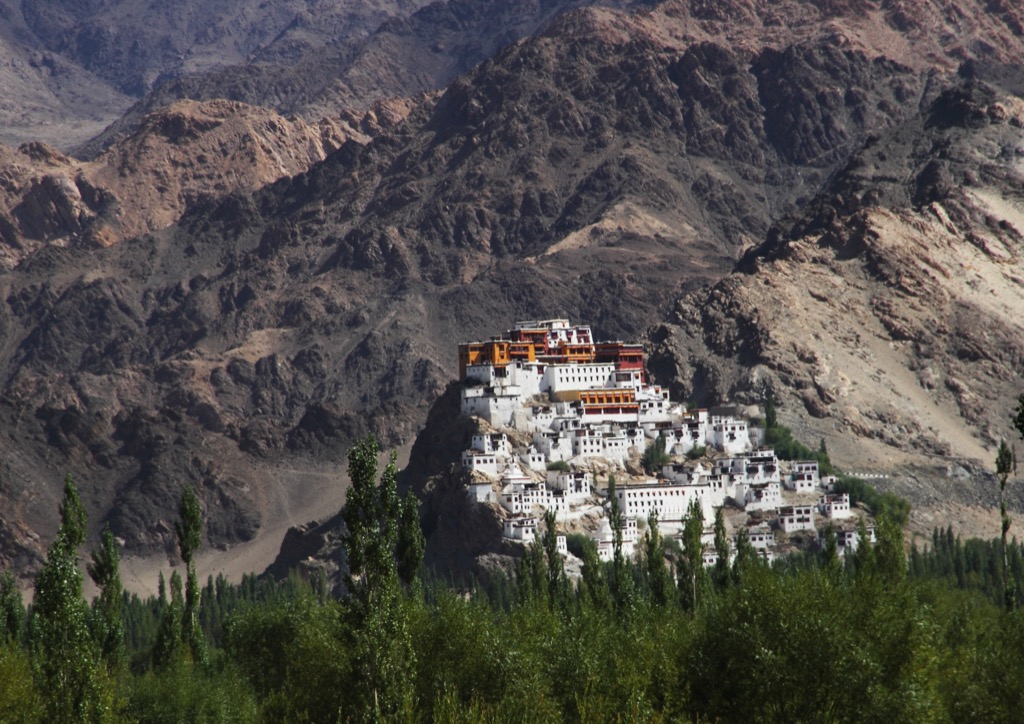 How does a game of polo, rafting down the River Indus, picnicking alongside llamas, or hiking India's high Himalayas sound? Book a trip through The Ultimate Travelling Camp, which runs two luxury tented secret escapes in Ladakh, India, and that's how you'll be spending your summer. "It's an amazing part of India, under-visited and only accessible in the summer," says Stuart Howarth, a China specialist at Audley Travel, a bespoke tour operator that crafts custom-made trips around the globe. He adds: "Unlike the rest of India, it isn't affected by the annual monsoon, and as the mountain passes are only open during the summer months, this is the best time to visit."

The Amalfi Coast—and trendy Positano with its seaside buildings built into a post card-worthy cliff—is all the glitz and glam it appears. It also has all of the crowds you'd imagine. Like your secret escapes to be quiter? Enter: nearby Praiano, a smaller and quainter fishing village just around the bend. Stay at Casa Angelina, a white-washed hotel tucked into the coastal cliffs. It has its own private beach (and a boat for charter, to boot) and a location that provides easy access to scenic hikes like the Path of the Gods. Still craving Positano? The property runs a complimentary 15-minute shuttle into town. Who knows, maybe while you're there, you'll pick up the secrets of the healthiest people on earth. 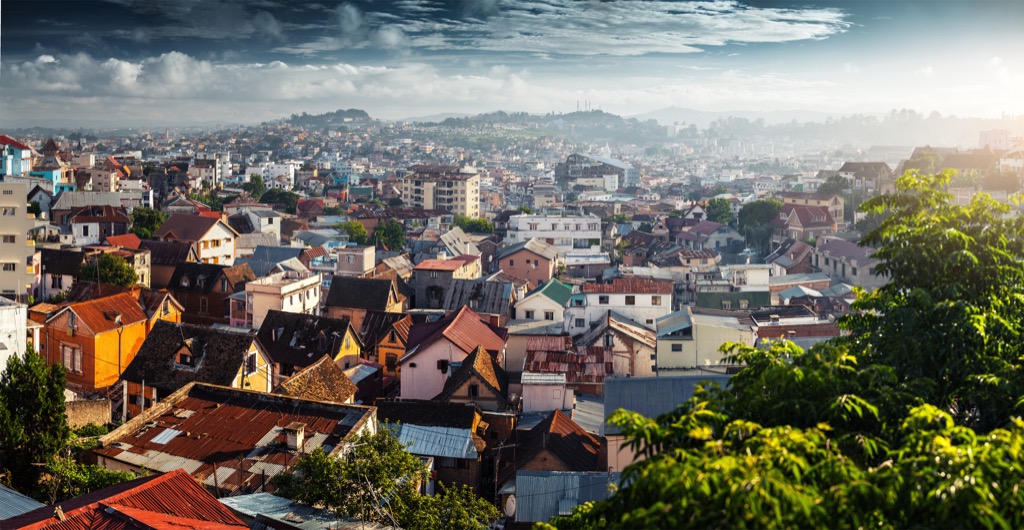 Nature nerds with money to blow will want to keep this African island on their short list of secret escapes. This may, the ritzy Miavana resort will open on Madagascar's northern archipelago called Nosy Ankao. Luxury tour groups like Cox & King offer curated trips to the island where you'll be able to see animals, plants, and species that exist nowhere else—including the most secret escapes—on the planet. 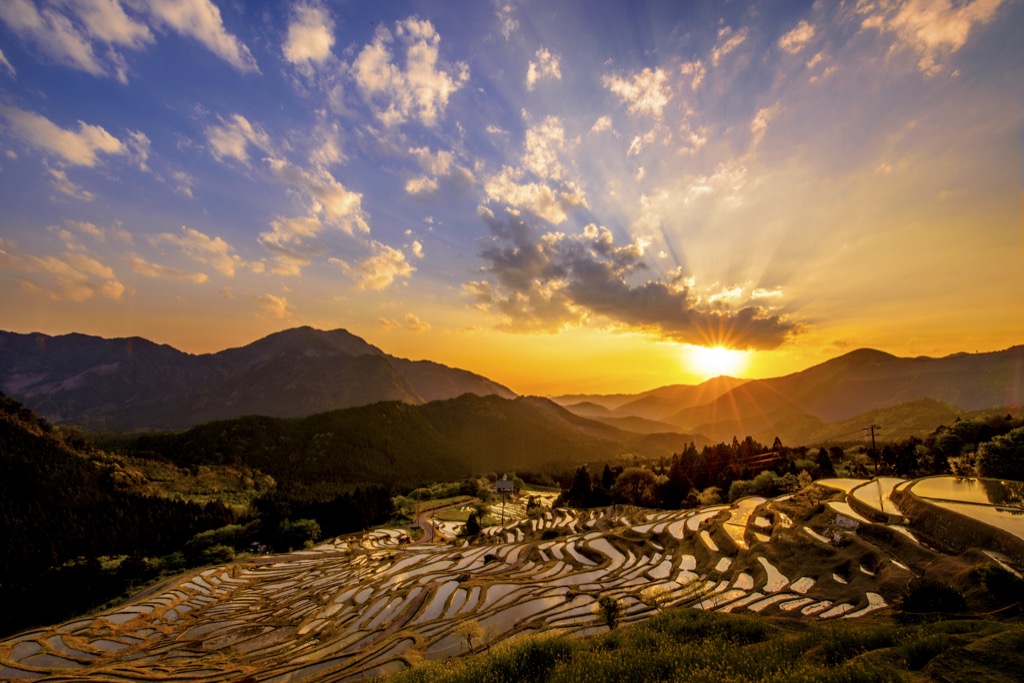 The Shima Peninsula has all the beauty of the national park that it is paired with the history cultured travelers want (think: sacred Shinto shrines and pearl cultivation). "Stay at the Amanemu in Ise Shima National Park," says Elizabeth Jao, a Japan Specialist at Audley. The new Aman resort (read: luxury at its best), which opened last year, is filled with hot springs overlooking the waters of Ago Bay. "Summers are great there, as there is a beach nearby, a golf course (which is rare in Japan), and you can see the famous pearl divers as well." 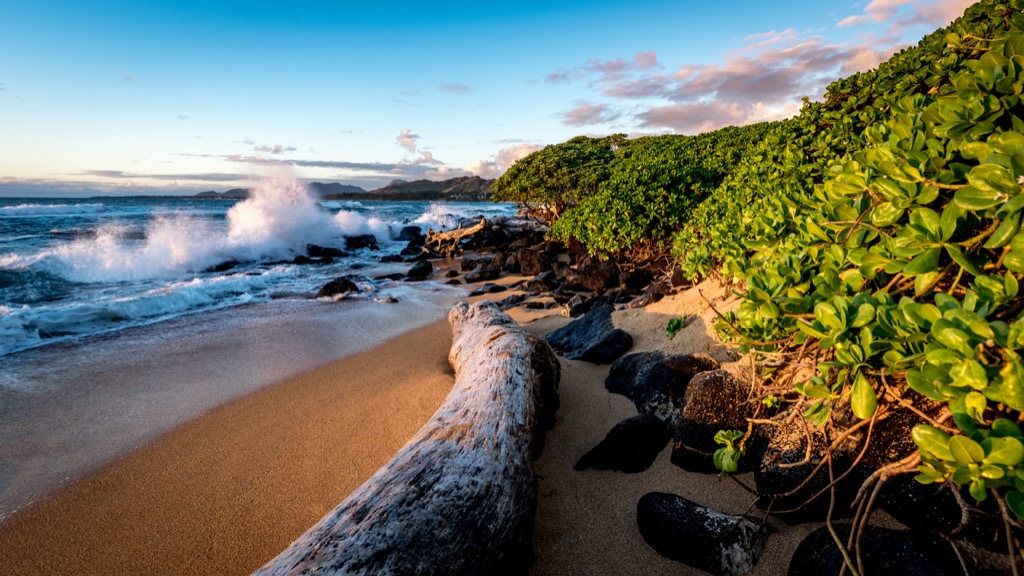 Traveling to Hawaii really is all it's cracked up to be. And you'll be hard-pressed to views that match those from the Hawaiian island of Kauai. Weather-wise, all travelers should expect rain on Hawaii's "Garden Island," which is known for its tropical rainforests, cascading waterfalls, and blankets of green. But summer is one of the driest times on the island; which means a good shot at hiking the breathtaking Napali Coastline. The Kalalau Trail is a dramatic 11-mile long trek, hugging the Pacific. Stay at The St. Regis Princeville Resort, which is like something out of your imagination: Sitting high on a cliff, it overlooks the peaceful Hanalei Bay, offering walls-of-windows views from its lobby and an outdoor, seaside dining area that will have you wondering why you have to leave. 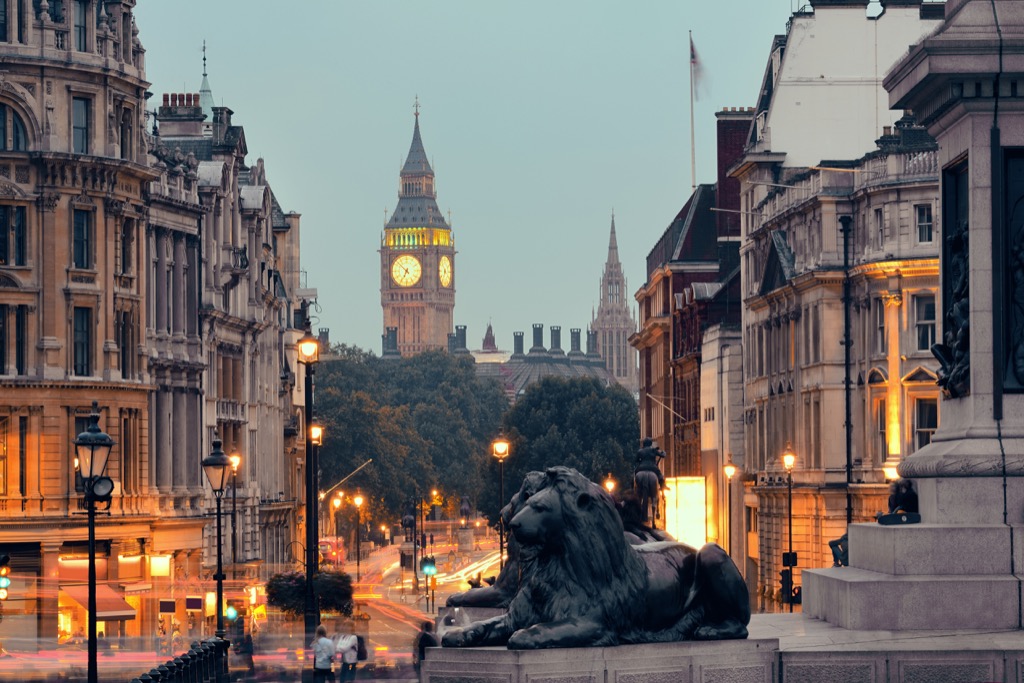 Not every trip need to be exotic. As far as secret escapes go, London's not so secret. Only have one flight in you? Brexit brought a pretty sweet exchange rate for the U.S. dollar, which has travelers picking up and booking it across the pond. Time your trip right and you'll be enjoying a game of tennis on the lawn at Wimbledon. The competition runs July 3 through July 16. Incidentally, London is one of the cities you have to visit before you die, so this trip's a double whammy. 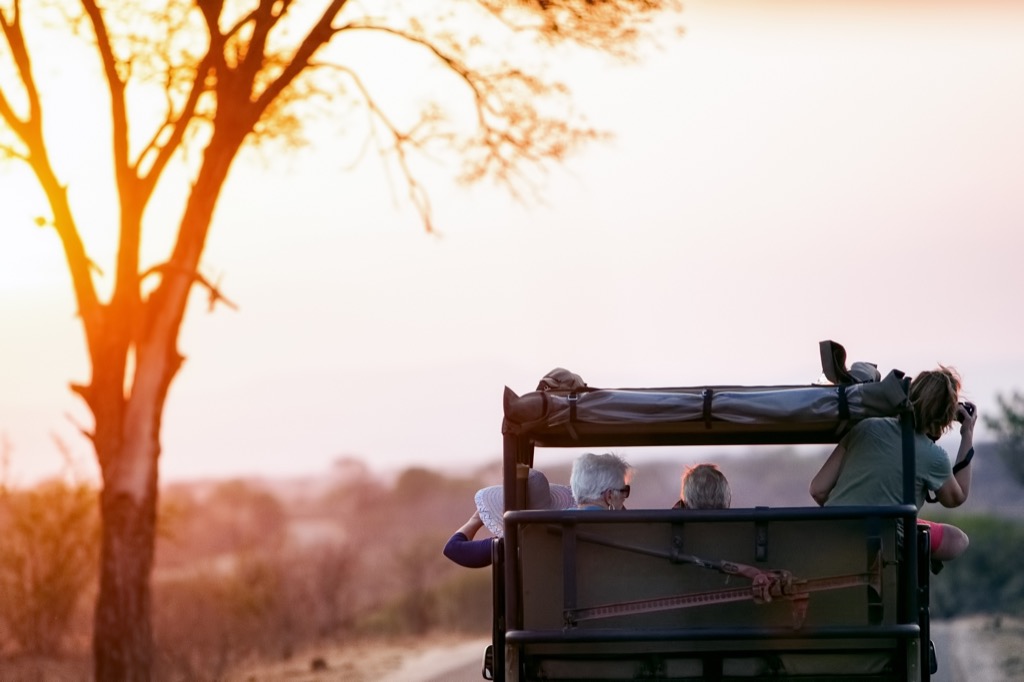 Been dreaming of a luxury safari your whole life? Allow us to introduce you: "In the beautiful Kruger National Park, you will find the luxurious Lion Sands Ivory Lodge," says Sam King, the Africa manager at Audley. Kruger is the largest game reserve in South Africa. And overlooking the Sabie River, your private villa blends in elegantly. (Read: You can watch elephants and water buffalo from the comfort of your room.) "June through September are some of the best months for safari, as it is out of the rainy season." When the bush starts to thin out, wildlife viewings are exceptionally spectacular, he notes. Going on a safari, as it so happens, is one of the adventures every man should have before he dies. 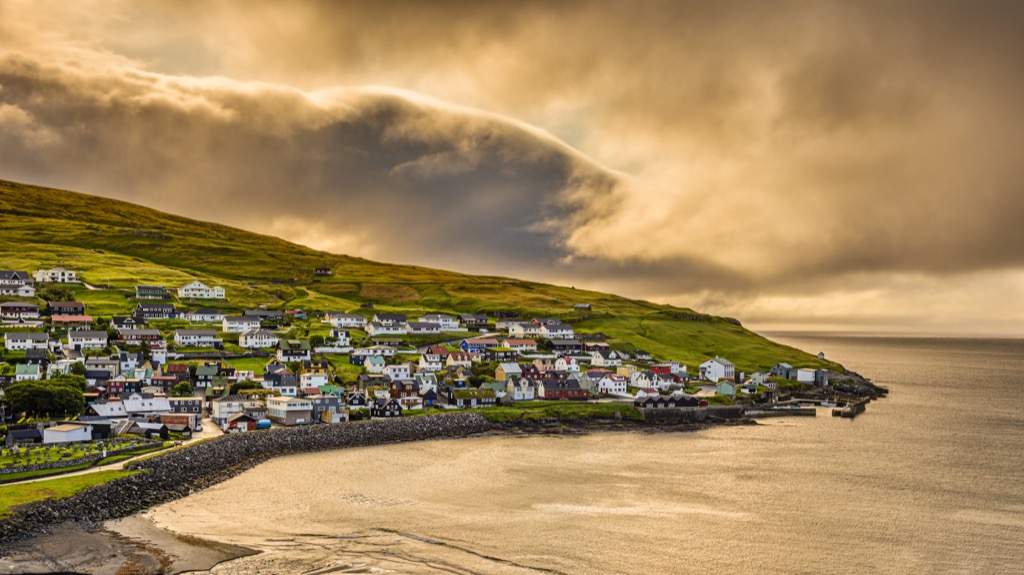 Music junkies in search of a faraway destination, look no further. The Faroe Islands—which are technically a part of Denmark—consist of 18 volcanic islands at sit in the middle of the ocean between Iceland and Norway. The scenery is enough to sell the place, but summer brings live music festivals like G! Festival, an outdoor shebang in the seaside village of Gøta on Eysturoy. Here, you'll get your fair share of views (towering cliffs, rugged coastline, waterfalls) and parties—making it the perfect destination to go traveling with your friends. 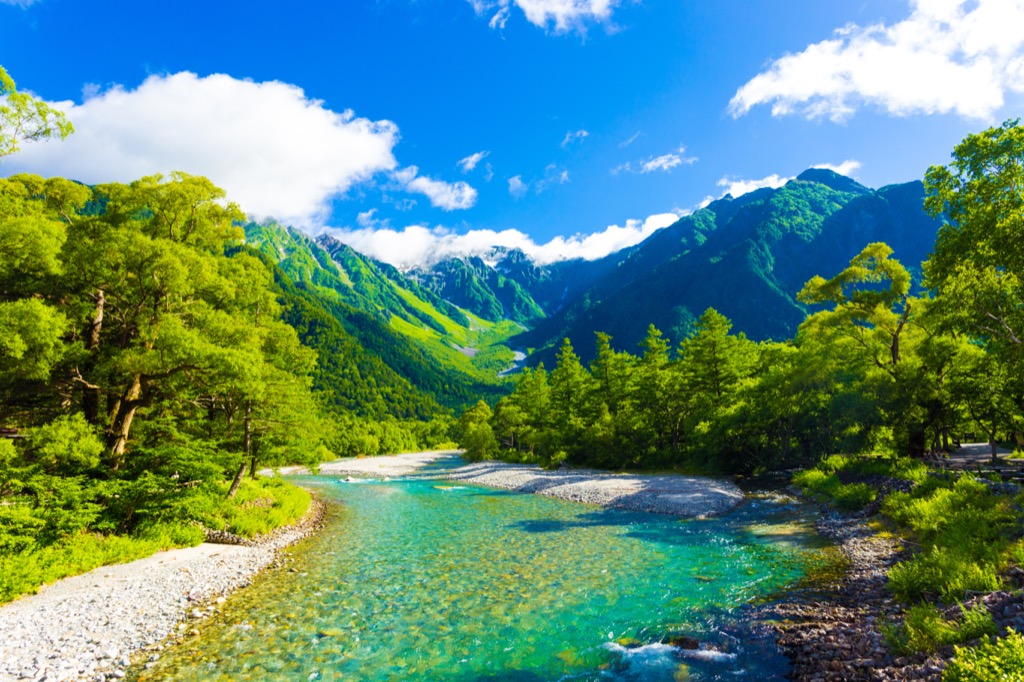 Kamikochi—a resort in the Northern Japan Alps—is only open from April to November; and it's worth squeezing in a trip if you have the time. The area is home to some of the country's most scenic mountain views. "There are many luxury ryokans [traditional Japanese inns] nearby," says Elizabeth Jao, a Japan specialist with Audley. "The best ryokan is Myojinkan Tobira Onsen—it's the most luxurious of the options." And for when winter traveling rears its head, consider returning, because the region features some of the best luxury skiing you can do.