These unsightly rides are speeding down a road to nowhere.

There is truly something for everyone in today's automotive marketplace, even folks who can't tell a cool car from a basket-case. For those with questionable taste (you know who you are), we at Best Life offer, as a self-less public service, the following list of automotive deviants best avoided. Trust us: You'd be way better off with these 10 New Cars That Are Instant Collectibles. 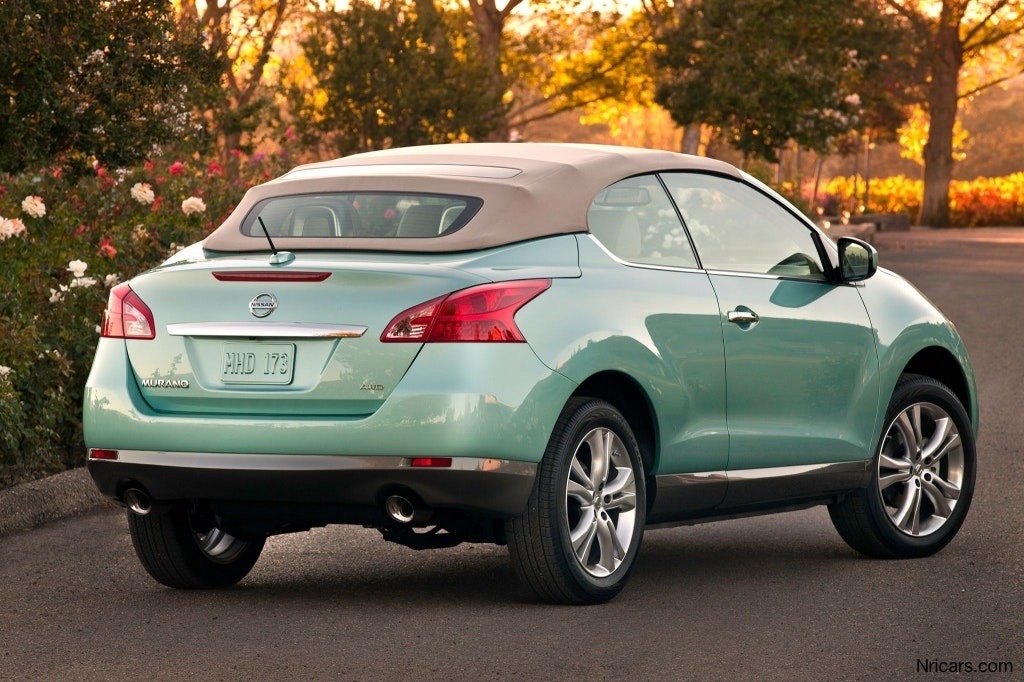 It's easy to imagine the brain trust at Nissan exploring ideas for how to make the unlovely Murano even worse. The answer: Make it a convertible! If straight-up garish looking cars are your thing, take a look at the 30 Worst Cars of the Last 30 Years. 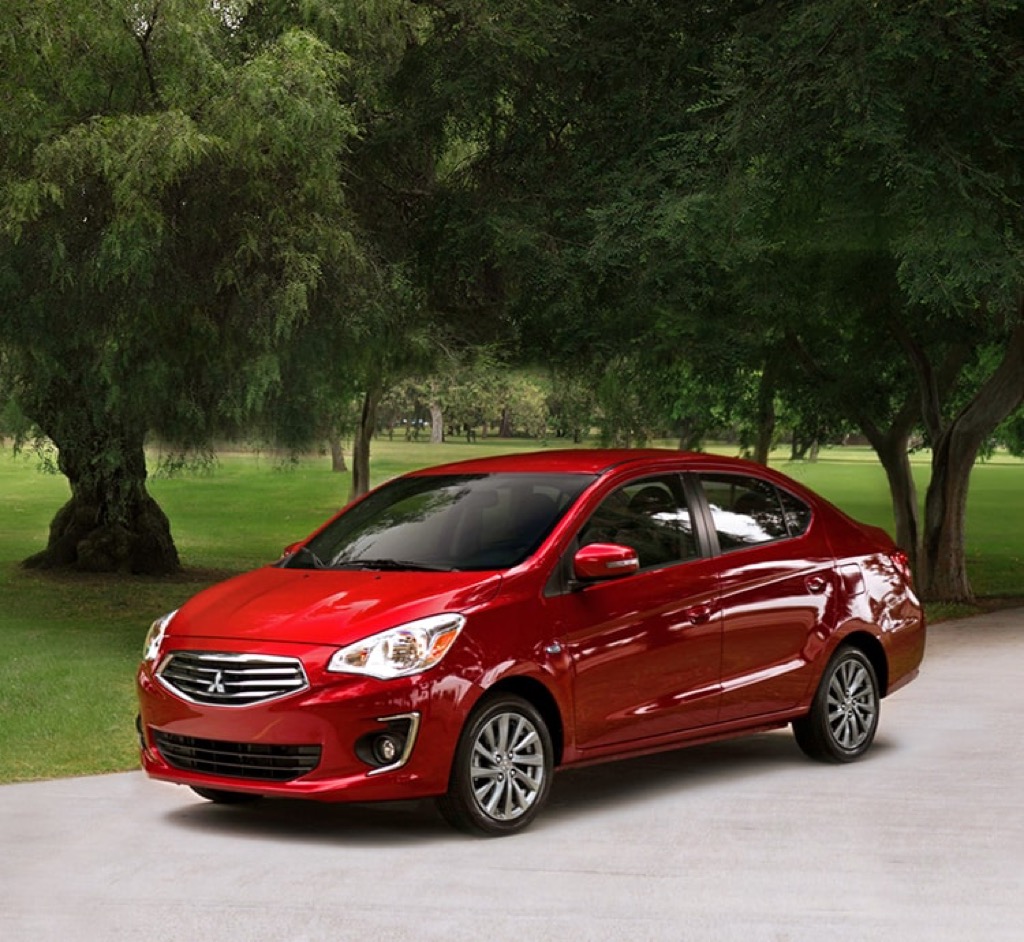 Mitsubishi is still a thing, you ask? With so many better alternatives in every segment in which it competes, that's a typical response. Not to worry. Now that Nissan has taken over control, the situation is bound to improve. In the meantime, we can enjoy bland-tastic offerings like the homely little Mirage.ae0fcc31ae342fd3a1346ebb1f342fcb

It's weird, squinty-eyed countenance has been controversial since its launch. Though that hasn't hindered robust sales, proving conclusively that ugliness is not always a deal-breaker. Even worse, the seven-slot trademark grille is a trompe l'oeil. No air passes through that solid plastic. Word has it that Jeep designers, fatigued from heaps of abuse and ridicule, have a refreshed model due out next year with a more conventional face. Meanwhile, if you dig off-roading, don't miss The 10 Best New Cars for Winter. 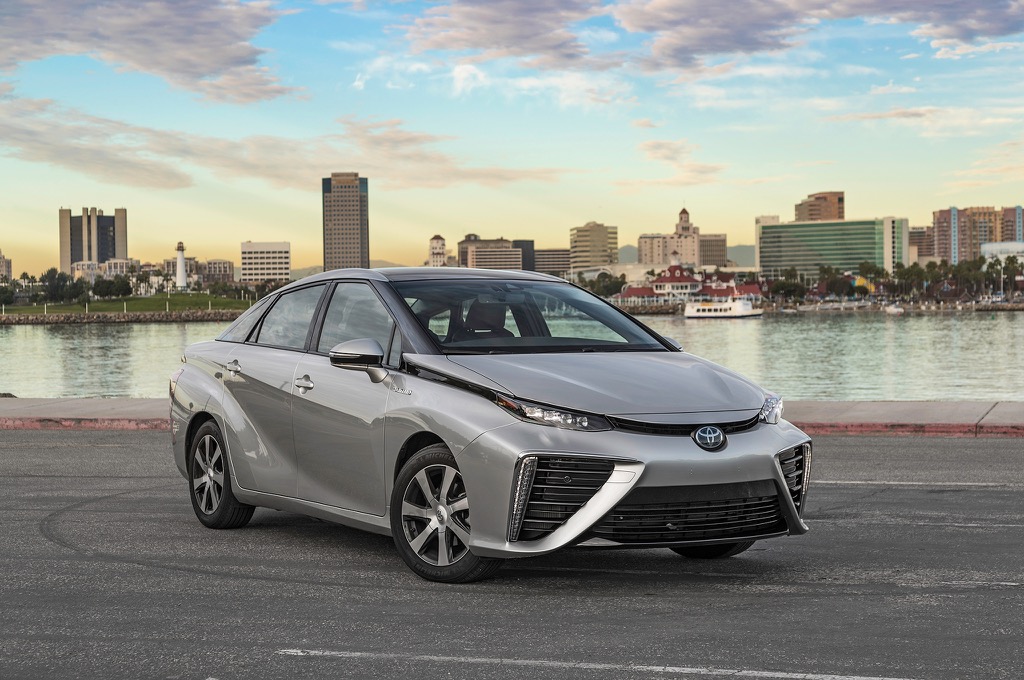 Toyota deserves plaudits for its technically advanced Hydrogen Fuel-cell-powered Mirai, but the styling looks like the revenge of a disgruntled employee on his way out. Attempting to make a statement for its alternative propulsion system, those absurdly ginormous jowls and ungainly love-handles over the rear haunch ensures that most drivers wouldn't be caught dead in a Mirai. 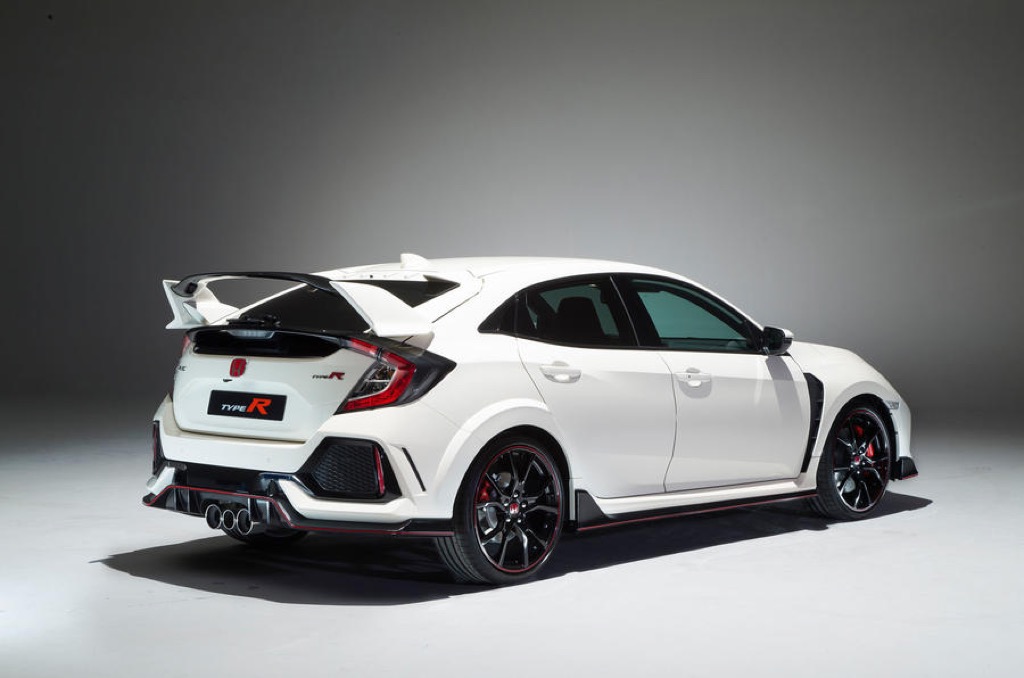 Leaving no design cliché unexploited and dialed to eleven, Honda's over-the-top Civic R will surely delight perpetually adolescent boy-racers. The gaudy excess of the R is a fitting character in a bedroom-dwelling gamers' world-view.

If the objective is to flaunt a complete and total dismissal of the shallowness of surface beauty, the Prius unquestionably succeeds. 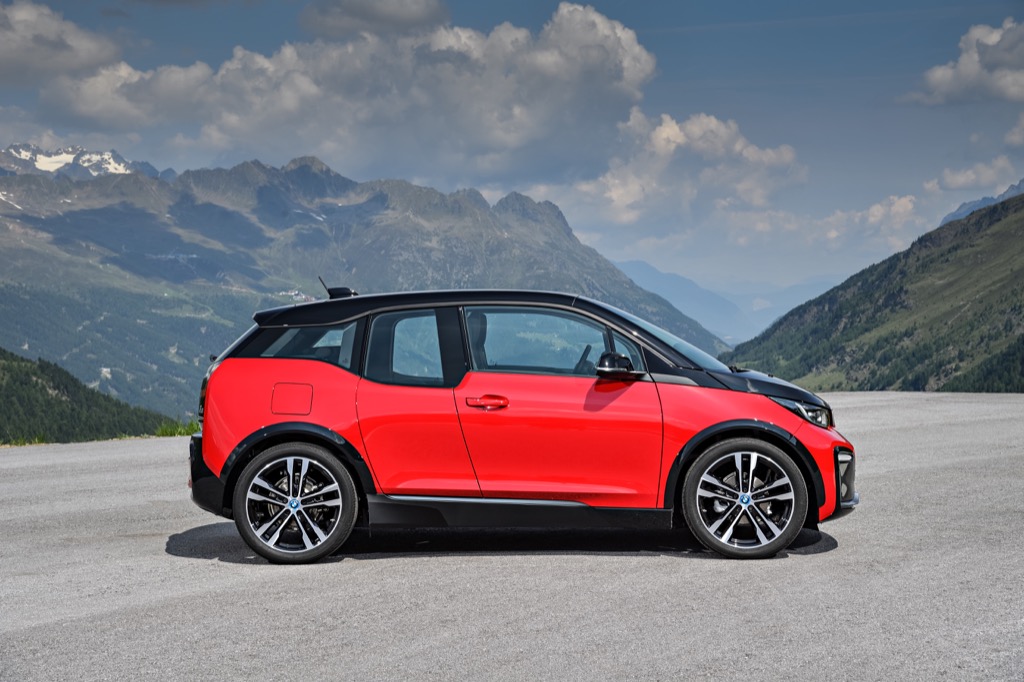 Like other electric and quasi-EVs, the i3, with its odd phonebooth-like rear door setup, embraces quirky awkwardness as a virtue. But as its disappointing sales indicate, a totem to nerd culture may not always make the best business case. 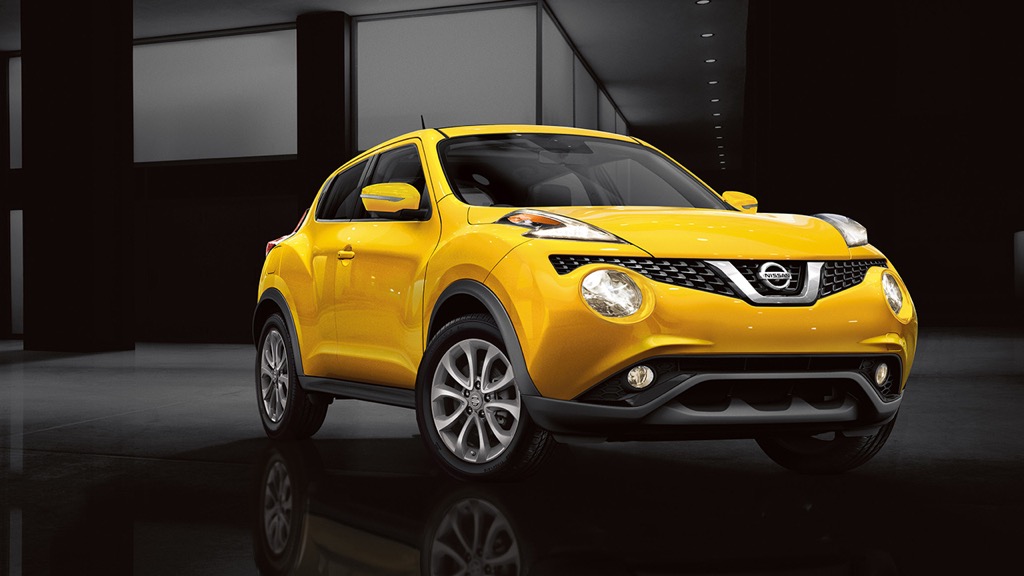 A convoluted mess conclusively proving the adage that design by committee never produces a favorable outcome. So utterly over-wrought, every clumsy line and feature gets amplified to cartoonish proportions in a singular attempt to be different. Apparently, though, its ugly duckling look endears it to some. After all, even colossally ugly cars like the Gremlin and Aztek have a dedicated fan base. 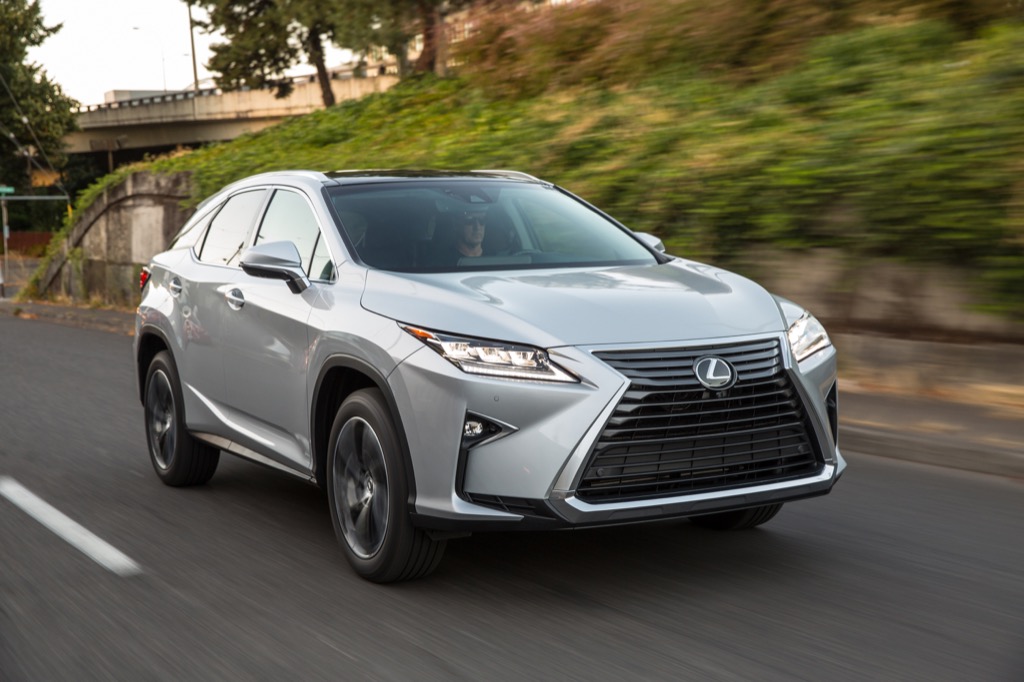 With its gaping, pained maw and slashed, conflicted lines, these beastly SUVs insinuate the aftermath of a knife fight. Although, the brand's new design language succeeds wonderfully on its sedans and coupes—especially the lucious LC 500 sports car. And while the sibling NX and RX models are aggressively ugly, they are so deliberately and convincingly executed that it kind of works. These ogres unquestionably belong in any roundup such as this, but Lexus deserves a pass for sheer audacity. Which is exactly what many buyers have found appealing about them. 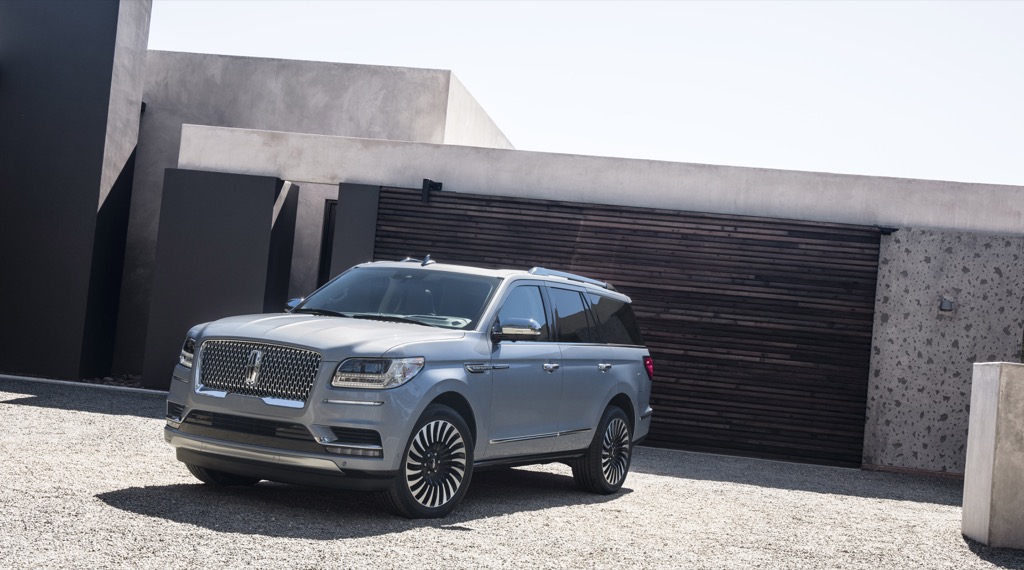 With the proportions and scale of a special ed school bus—both designed to ferry loads of kids—the gargantuan new Navigator unapologetically cuts a swath through suburban streets like loggers in the Amazon. With its upright, squared-off lines, the ridiculously huge Lincoln evokes GM's popular Suburban and Escalade SUVs, though somewhat less gracefully. The look is completed with silly pinwheel rims that do nothing to mitigate its excessive mass and homeliness. In the meantime, read up more on driving with this explanation for Why We Drive on the Right Side of the Road.