10 New Cars That Are Instant Collectibles

Let me guess: When you think of "collectible cars," you probably don't think of anything built in the new millennium—much less in the last year. But how wrong you'd be! Yes, the following new cars do indeed possess all of the enduring qualities and style that are destined to become classics. Whatever you do, however, don't be tempted to leave them shrink-wrapped in the garage as a far-off, future investment. After all, it would be a crime not to experience the full glory of these extraordinary machines. And for more great car coverage, check out 7 Future Automotive Wonders That Are Worth the Wait. 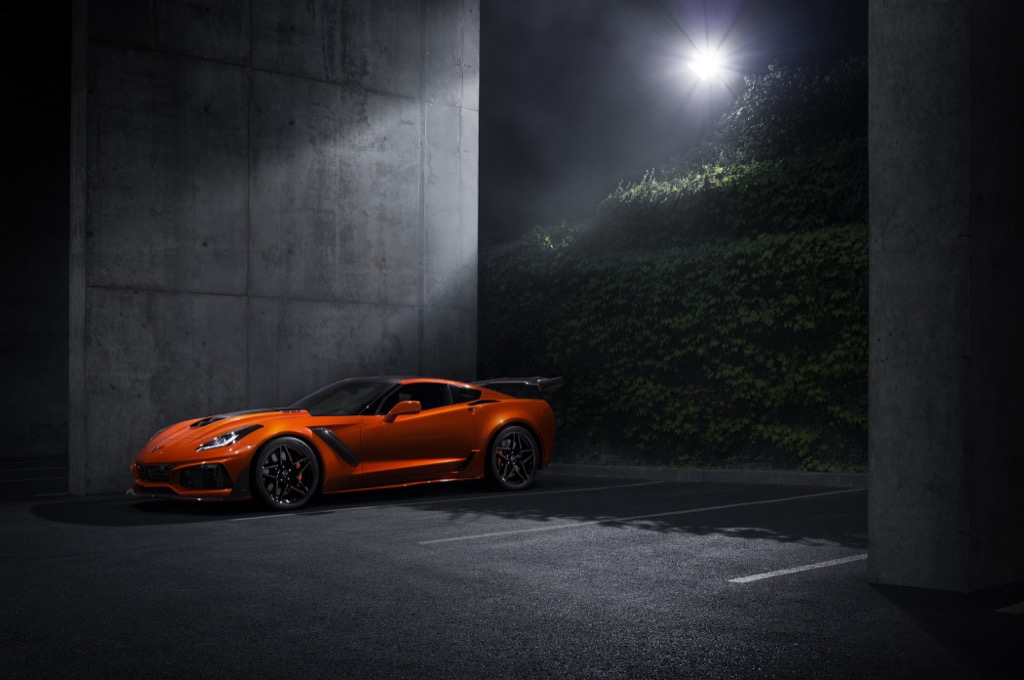 Corvette's seventh generation, the C7, is near the end of the line for what will be 66 years of dedication to its front-engine, rear-drive platform. Following decades of prevaricating dating back to the early 1970s, Chevrolet has bucked tradition to embrace a mid-engine layout for the upcoming C8, with the aim of establishing the Corvette among the world's preeminent supercars. With that, the C7 is not going out quietly.

As of this writing, the 2019 ZR1 shall be known as the most formidable and technically savvy Corvette ever built. How Chevrolet tops this with the C8 will be interesting to witness, but in the meantime, the ZR1, the most advanced production Chevy to date, is destined to become an instant classic with its exclusive LT5 supercharged engine delivering a thundering 755 horsepower rating with 715 lb-ft of torque. Expect limited production numbers inverse to a steep price with the first cars off the line fetching premiums well above MSRP. 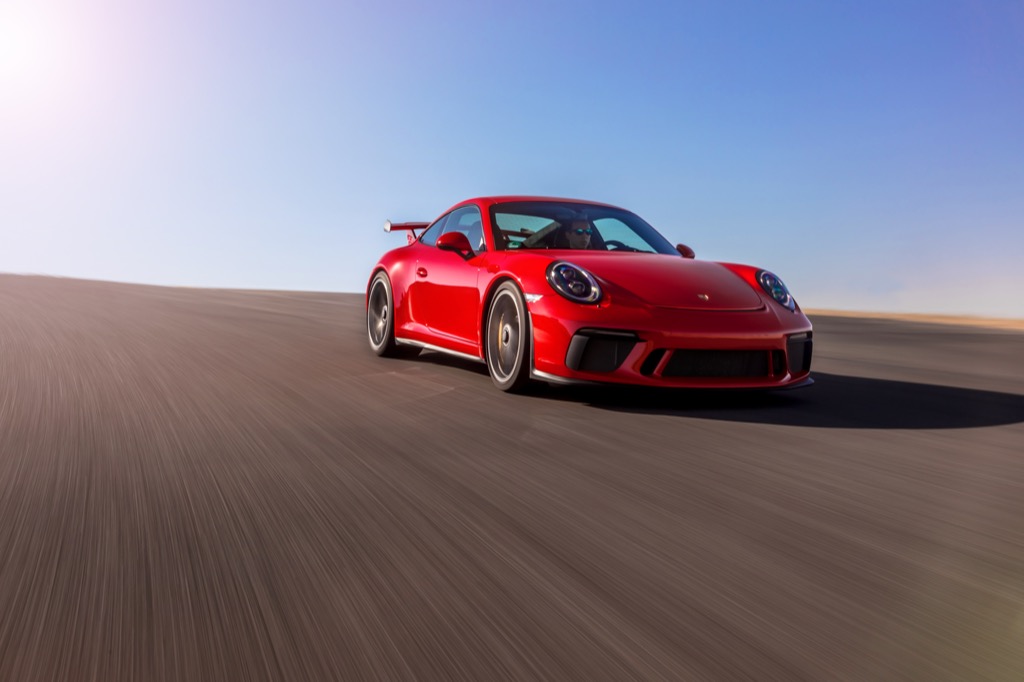 The genius of Porsche is how it continues to tease out magic from the classic rear-engine 911, now in its 55th year. The new GT3 eschews gimmicky turbos for a naturally-aspirated 500 horsepower 4.0-liter flat six that wails to a 9,000-rpm redline, hurling it from zero to 60mph in 3.2 seconds—which is less time than it took to read that sentence.

Engineered to carry the 911 legacy into the future, it is so incredibly well-sorted and so alive that it taunts you to push it further to the edge, never quite reaching the limits of its capability. From $143,600.00, the GT3 is a true thoroughbred and among the top Porsches of all time. And for those who are real fans of the sleek Teutonic stable of sports cars, Porsche's New Subscription Service is a Car Lover's Dream Come True. 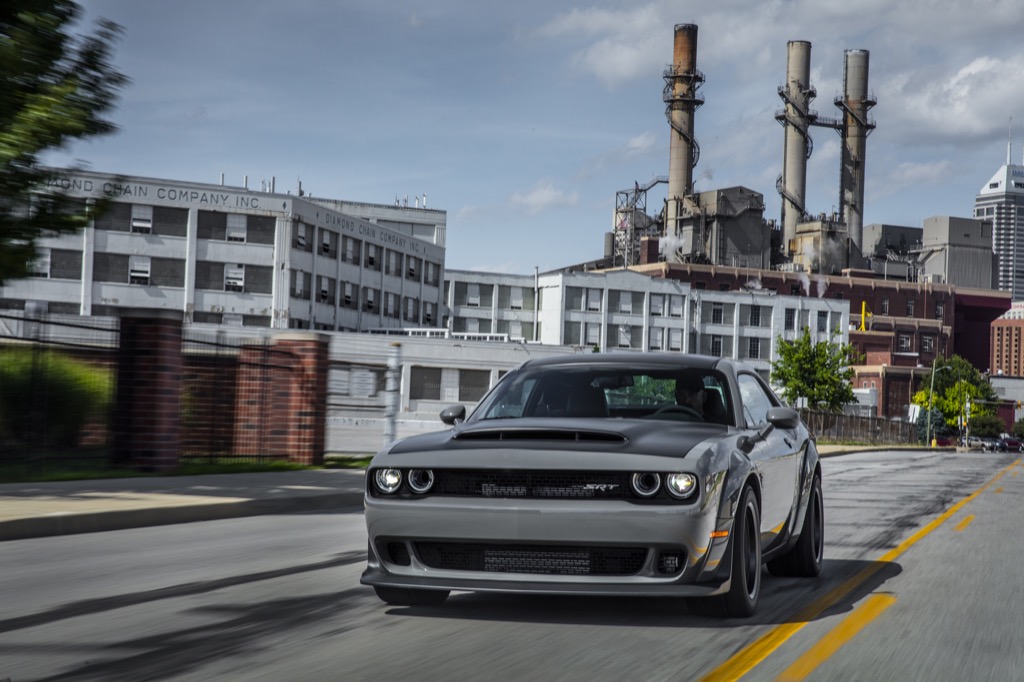 With a platform seemingly well past its sell-by date (reaching back to 2008 when Chrysler and Daimler-Benz were still partners), Dodge continues to mine platinum with every new iteration of its flagship muscle car.

Their latest voodoo act is a decidedly non-P.C. celebration of the American drag strip with a straight-line monster that crushes the quarter mile in 9.65 seconds, with its supercharged 6.2-liter V8 pounding out 840 horses, reaching 140 mph in the space of 1,320 feet, making it the world's fastest quarter-mile production car. This Demon should be arriving at dealers right about now, priced to sell at a modest $86,090, before the obligatory markups. With only 3,000 built, its place in the automotive firmament is a certainty. 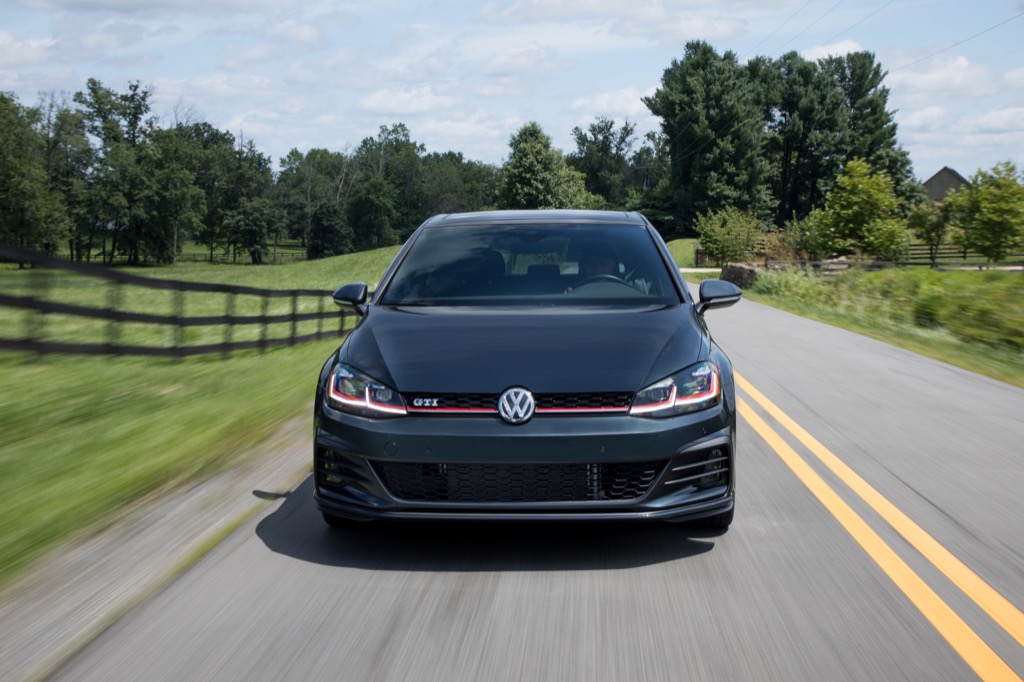 Pop quiz: Who made the original hot hatchback, the one that remains the world standard? All right, that was too easy, though it bears mention that owning a tough segment while beating back contenders for going on 33 years deserves some recognition.

The iconic seventh-generation Golf GTI doesn't rest on its laurels, refining its winning formula with each iteration, laser-focused to its stated mission of the ideal practical compact daily driver with sports car dynamics.

Its stout 2.0-liter turbo-four, rated at 220 hp and with 258 lb-ft of torque, is perfectly matched to the car's size and weight. The Golf punches above its weight with world-class fit and finish and an interior suited to a more expensive vehicle. Its chiseled, functional, good looks will date well years from now, and there's every reason to expect the GTI to become as collectible as its 1970s counterparts are today. The GTI comes in three trim levels for 2018, starting at $24,995 for the base S model on up to the $35,000 Autobahn version. 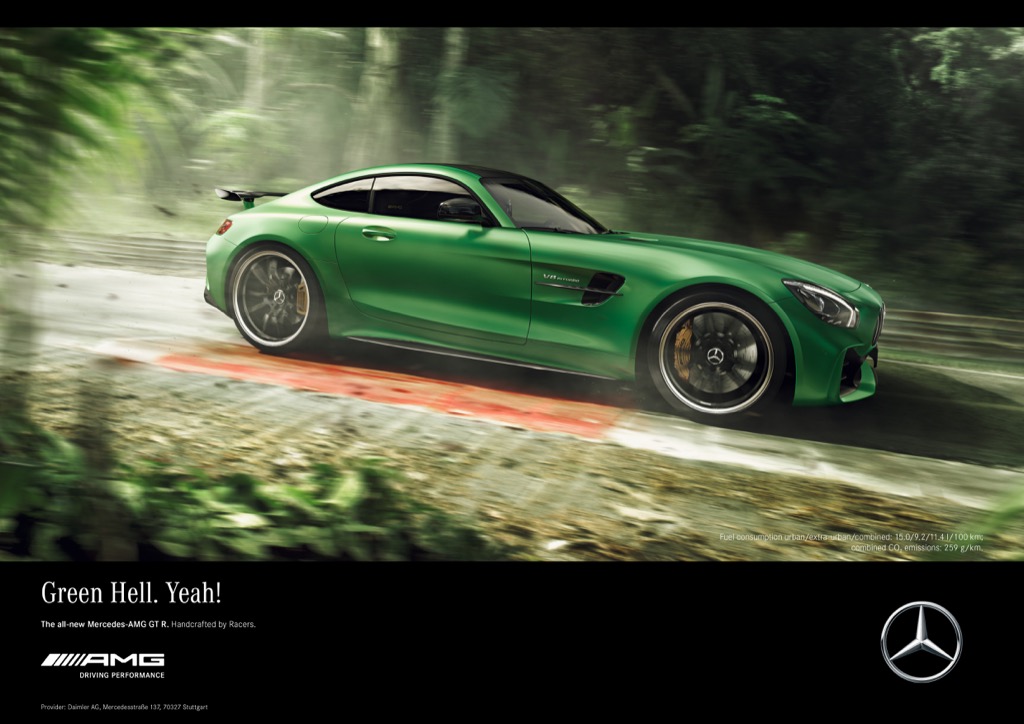 Another heritage-inspired supercar, the AMG GT harkens back to the classic Mercedes 300 SL gullwing of the 1950s. Built to challenge its cross-town nemesis, the Porsche 911, the GT, and its roadster counterpart, sports an AMG-tuned 4.0-liter twin-turbo V8 strapped to a seven-speed dual-clutch automatic transmission for 469 horsepower and a top speed of 189 mph. The GT S increases power to 515 horses because more is always better. Continuing in that spirit, buyers can also opt for GT C or GT R editions, any of which is capable of zero-to-60 times in the three-second range, for those indulging in hair-splitting specs. Starting at $145,995, with booming power and ridiculously cool retro style, the AMG GTs will continue turning heads forever. If this isn't enough automotive excellence for you, check out the 10 New Rides Car Buffs Are Drooling Over. 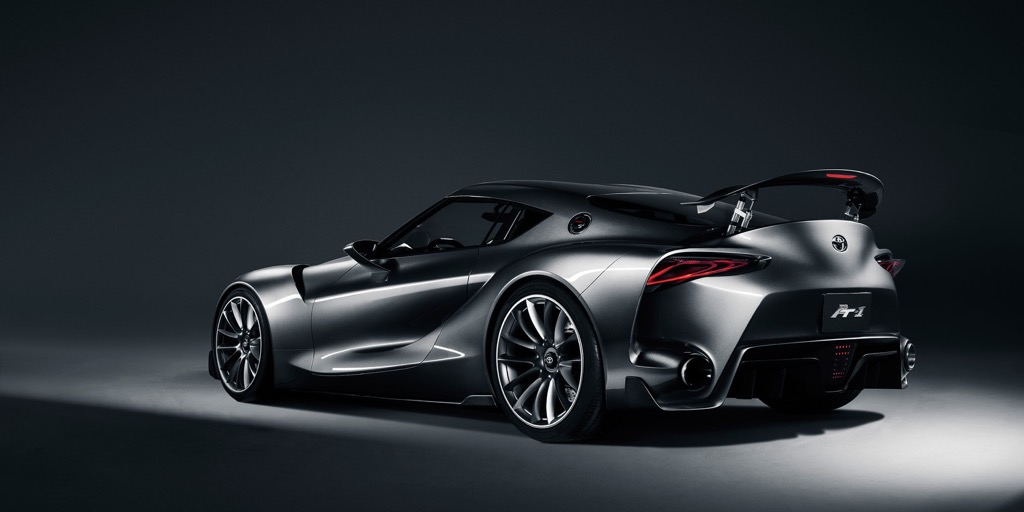 Toyota, desperately seeking to amp up its emotional quotient, is set to revive the once-beloved Supra, to the delight of legions of Japanese car buffs. As part of a joint project with BMW, the new Supra coupé shares its platform and engines with the next-gen Z4 roadster, though the cars will be tuned distinctively different. Styling for the Supra owes to the fabulous FT-1 concept displayed at the 2014 Detroit Auto Show. Though details and pricing are not yet available, it's safe to say the long-awaited return of the Toyota Supra will soon become an affordable modern classic. 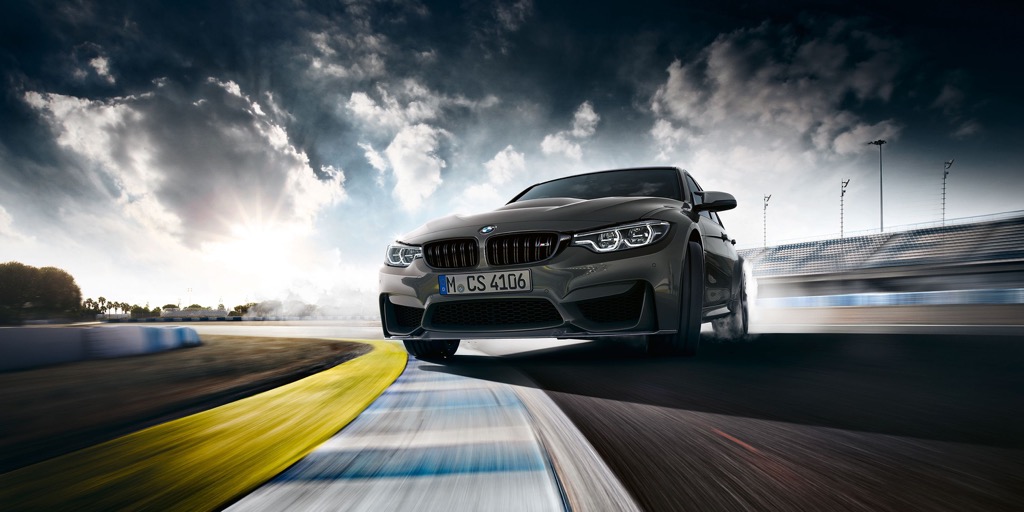 Tracing a straight line back to the inception of the compact performance sedan, for which we owe BMW a debt of gratitude, the company has introduced lighter, track-focused versions of its vaunted M4 coupé and M3 sedan, guaranteed to stir the blood of the propeller-head faithful.

Packing 453 horsepower with extensive use of lightweight carbon fiber makes the CS the fastest, most agile M3/M4s duos of its generation. Zero to 60 is expected to clock in at 3.8 seconds with a top speed of 174 mph, with power channeled to the asphalt via BMW's exceptional seven-speed DCT gearbox. The new M CS models are a distillation of what BMW does best: Building world-beating compact, lightweight machines for driving enthusiasts, which will always be in demand. With pricing to be announced, BMW will begin accepting orders for the U.S. next May. Only about 1,200 M3 CS and 3,000 M4 CS will be built for world markets, with around 550 of each model allocated for the States. And as we learned in Econ 101, nothing drives value like scarcity. 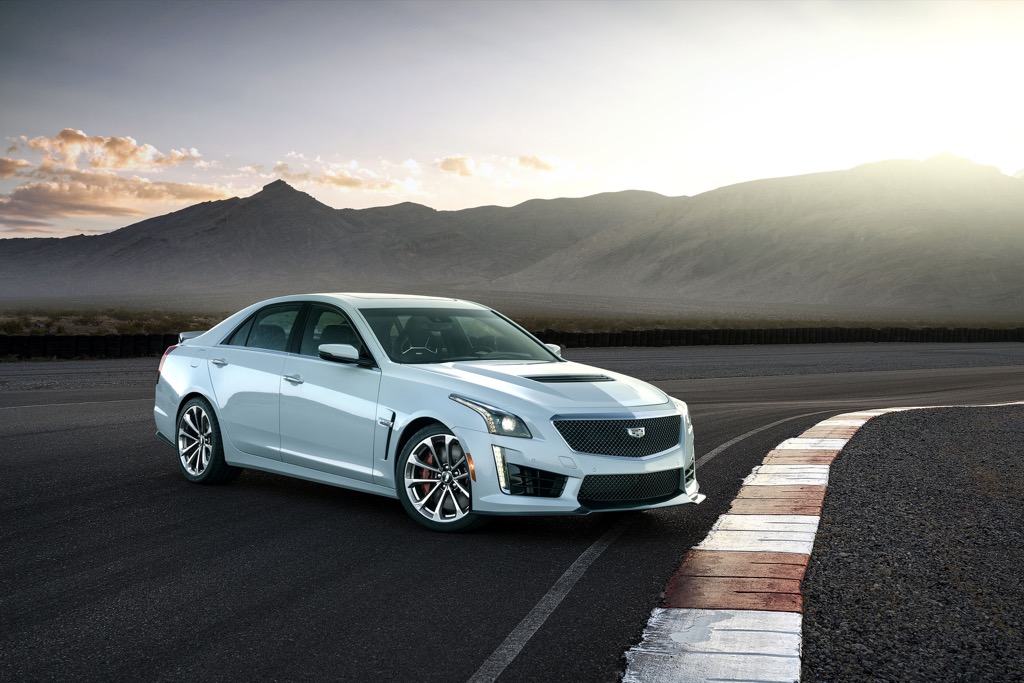 Luxury car fans may prefer Audi, Mercedes, or BMW, but down the road, a well-maintained CTS-V, having been built in relatively smaller numbers—and hailing from the golden era of the horsepower arms race—should hold its value quite nicely against its more ubiquitous contemporaries.

Also factor in a supercharged 640 horsepower 6.2-liter V8 with big, red Brembo brakes, and an eight-speed automatic with rear-wheel-drive capable of reaching 60 mph from a standstill in 3.6 seconds and 100 mph just 3.7 seconds later. The CTS-V flies (almost literally) under the radar with a perfect blend of track worthiness and urbane driving finesse. Opt for the menacing Carbon Black sport package, a ground-hugging stealth fighter, which incidentally was the inspiration for Cadillac's signature faceted body surfacing. Lone rangers will find the price for cutting a unique path quite reasonable, starting at only $86,495, an excellent value proposition for an outstanding car. 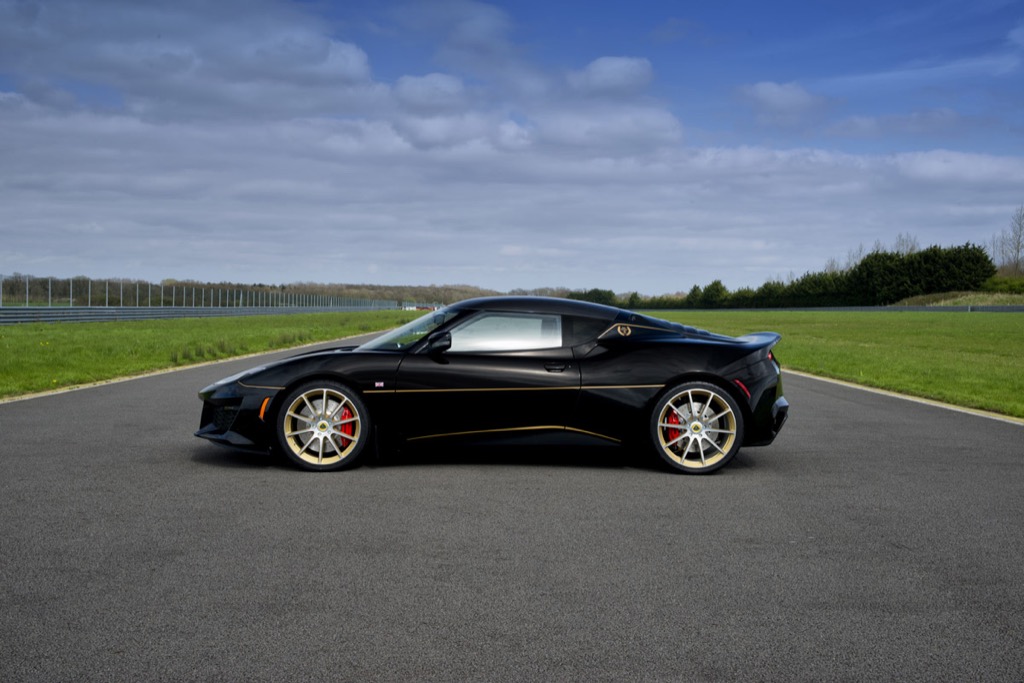 Lotus has a proud and accomplished racing heritage and a reputation for engineering excellence. Founder Colin Chapman famously exhorted his team to "add lightness," his unshakeable belief that managing weight is the secret sauce to exceptional driving dynamics.

The Evora Sport 410 restores that purity of vision with a magnificently engineered lightweight chassis made of bonded aluminum cradling a mid-engine, supercharged Toyota-sourced 3.5-liter V6 pumping 400 horsepower, via six-speed manual or automatic transmission. Zero-to-60 arrives in a brisk 3.9 seconds, with the speedometer topping out at 190 mph moments later. As a specialty marque, any Lotus requires special care and feeding. But the Evora 410, precise and dialed in, heaps on the rewards the harder you push it, in true Lotus tradition. A standout even among the elites, prices are expected to start at around $120,000.ae0fcc31ae342fd3a1346ebb1f342fcb 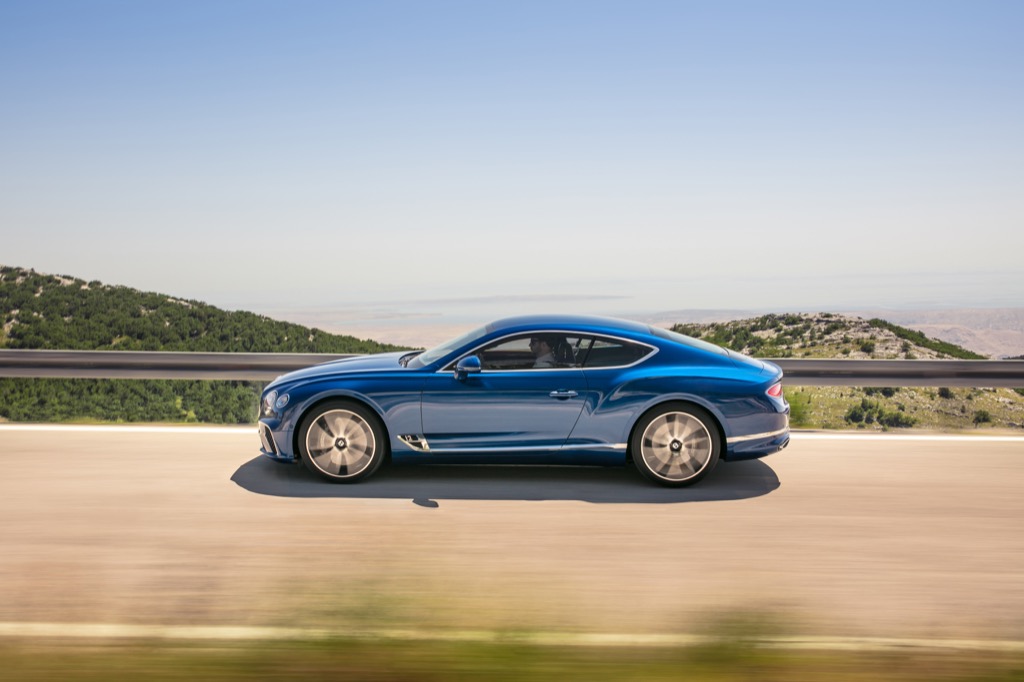 The hand-stitching alone takes between 20 and 40 hours of labor per car. Impressive as that may be, the real jewel lies under the bonnet, with the upgraded 6.0-litre W12 motor delivering 626 horsepower and 664 lb.ft. of torque for all the power you are likely ever to need.

Mated for the first time to a dual-clutch eight-speed transmission, naught to 60 comes in 3.6 seconds with top speed clocked at 207 mph—more than enough to outrun your local constable. Beyond the numbers, though, this Bentley has an unquantifiable soul few cars can match. With headlight lenses inspired by fine cut-crystal, the Continental GT will impart a gravitational pull on those of refined sensibilities and a taste for speed. It's the perfect combination of supreme luxury and power, qualities that never go out of style. Deliveries start in early 2018 with an MSRP of $201,255. If you're a fan of frosted donuts, check out the 10 Best New Cars for Winter.