He's got a 747, two helicopters, and a sweet Caddy. But he misses the wheel.

With the landmark of his first 100 days in office fast approaching, President Trump sat down for a doozy of an interview with Reuters this week in which he talked about everything from this year's White House Correspondent's Dinner (which he's not attending) to the size of the crowds at his inauguration (yes, that again). Most notably, however, he took the surprising step of complaining about his current workload. "This is more work than in my previous life," Trump said. "I thought it would be easier."

But then the president added something even more surprising: he misses sitting behind the wheel on the open road. "I like to drive," he said. "I can't drive anymore."

Now, if you're the President of the United States, the one area you're definitely not lacking in is the vehicular. For starters, you've got your own Boeing 747, two state-of-the-art helicopters at your beck-and-call, and a tank of a luxury Cadillac for carrying you around wherever you want to go. Call us wrong, but we'd happily surrender our car keys for that kind of first-class transportation. Still, it all got us thinking: what's sitting in his garage that he misses?

Well, earlier this year, Alison Millington from Business Insider and Stephen Goldasz of Car Keys actually found out. They toured Trump's garage and catalogued the rides he's driven over the years. There's a Lambo Diablo, a couple Rolls-Royces, and a few items that ended up actually surprising even us. (There was no confirmation, however, of the white convertible Caddy that he drove to pick up one woman in the 1970s before stiffing her with the bill at a famous New York steakhouse.) So here are the president's rides that are currently collecting dust. But since he can't drive these beauties, may we suggest he invest in a little furry friend, instead? 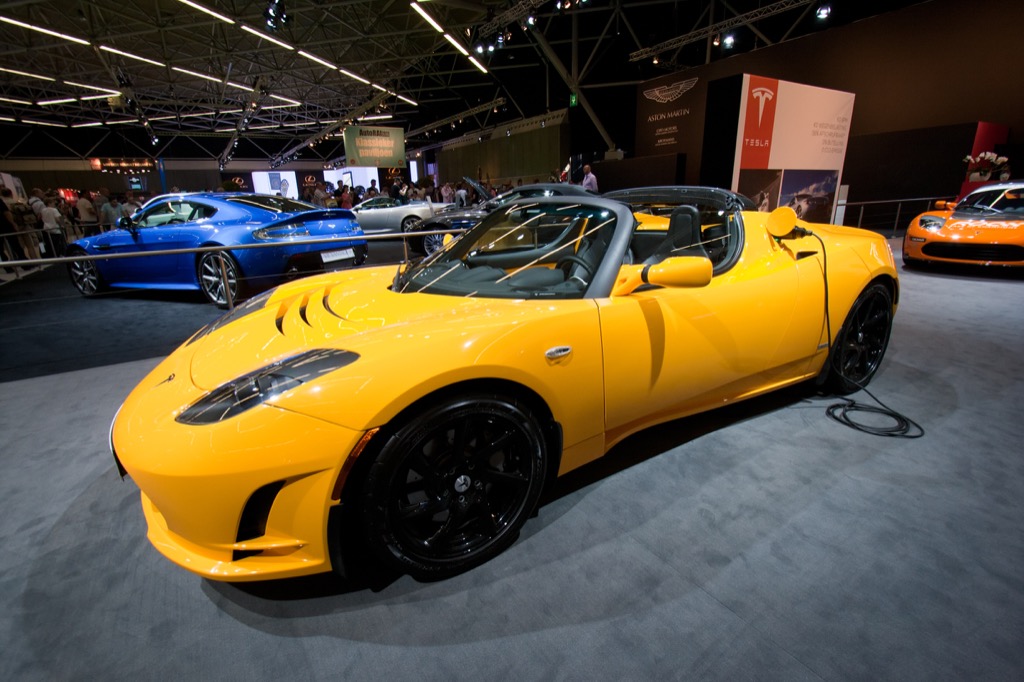 The Tesla Roadster is tiny to the point of absurdity—only 44 inches tall—so it's a curious ride for Trump, who is weighing upwards of 250 pounds these days. 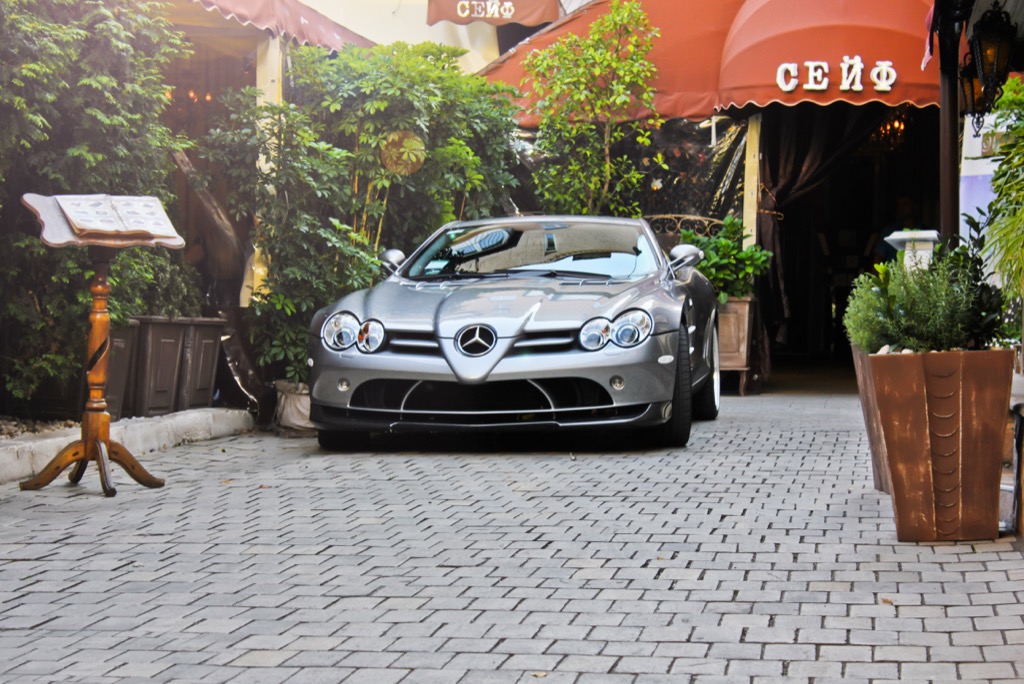 According to Goldasz, this vehicle first launched in 2003, back when the two brands "were close partners." It has since been discontinued; production halted in 2010. We confess that we were surprised to learn he went for the silver model. After all, he does own a 24 karat gold bike (made from fellow reality TV star, Paul Teutal Sr., of American Chopper fame). "This classic Rolls-Royce is believe to be one of the first cars Donald Trump every took ownership of," writes Goldasz. It "remains a personal [favorite] of his to this day." 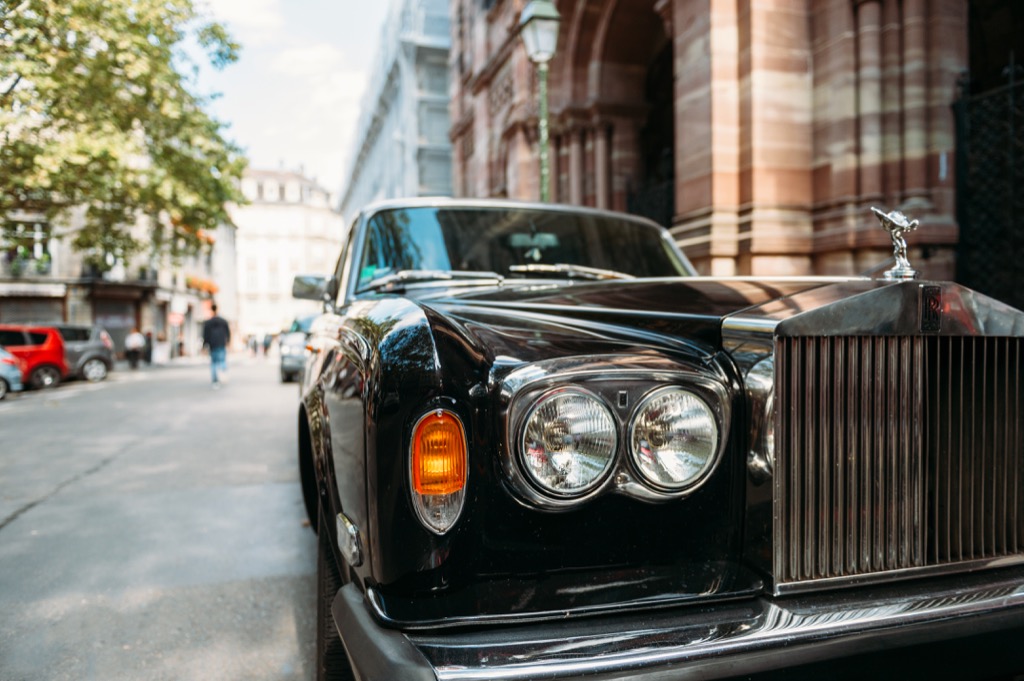 It's official: Trump loves Rolls-Royce. According to the Washington Post, this particular ride starts at $500,000. The same Post article quotes a Trump staffer saying that the president only drives American-made cars. Rolls Royce, of course, is based in the United Kingdom.ae0fcc31ae342fd3a1346ebb1f342fcb

The 1997 Diablo is "one of the most famous supercars from [Lamborghini's] illustrious history," writes Goldasz. Trump let go of the iconic vehicle some time ago, but subsequent owners have gone to lengths to ensure prospective future owners know the thing belong to a president: there's a plaque with Trump's name on it. It was most recently seen on eBay last year, with a started big of $460,000.

6
A Bunch of Cadillacs 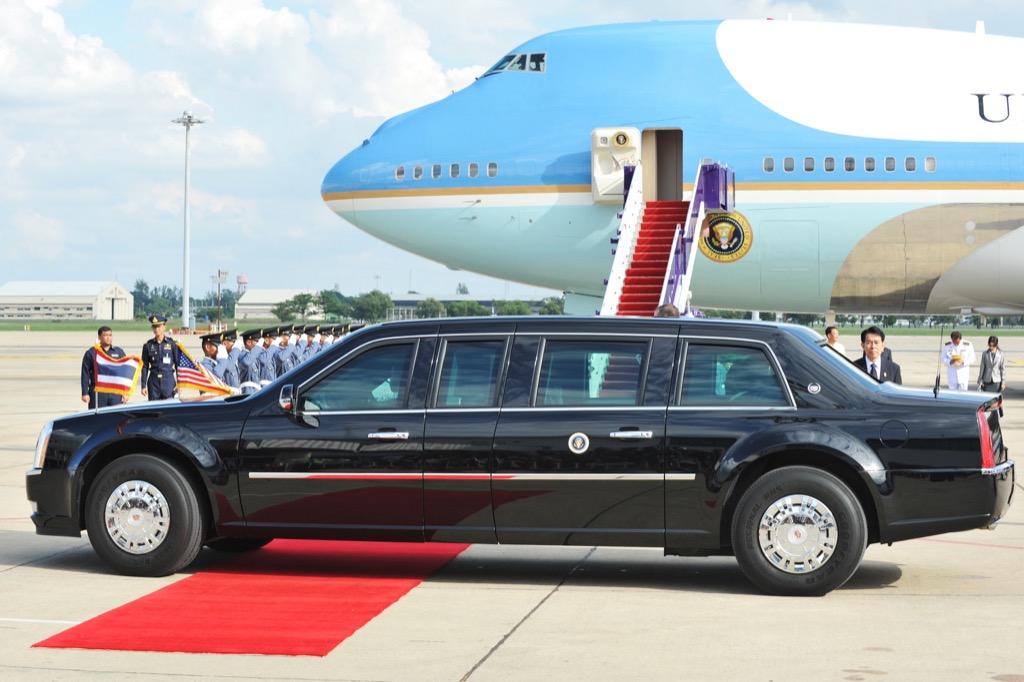 Trump has a lot of Cadillacs; once upon a time, there were even a pair of Trump-branded limousines, the Trump Executive Series and the Trump Golden Series. According to Goldasz, though, his favorite is a Cadillac Allante, painted in, you guessed it, gold, and given to him as a gift from Cadillac. For our money, we'd have figured his favorite Cadillac would be Cadillac One—"The Beast"—or the presidential vehicle that he worked so hard to get a ride in. But he doesn't get to drive that one, even if he wishes he could.