Why President Trump Needs a Dog

Science says that a fluffy sidekick could do wonders for the man.

It's been a major question since he took office as the 45th President of the United States: Will he or won't he? No, we're not talking about the whole nuclear war with North Korea thing, although that's definitely important, too. We're talking about the dog question. Will the first family ever officially bring a little pooch into the fold?

Earlier this year, Trump came close to adopting a pup named Patton, a 9-week-old Goldendoodle from Florida who enjoys scrambled eggs, but the original owner decided to keep him. There's even been a rumor circulating online that Trump already owns a pet, a yellow Labrador retriever named Spinee who hasn't been seen in public because he's recovering from surgery—but that, as they say, is just fake news. At least for the moment, it seems Trump will remain dog-less, making him the first U.S. president in 130 years to never have a fluffy sidekick while in office.

Does it matter? It certainly does from a political perspective, if you believe researchers at George Washington University. Their 2012 study found that pets, particularly dogs, are valuable PR assets for presidents, especially during military conflicts. "How else to establish that a president is in charge than seeing the commander-in-chief confidently playing fetch with a four-legged companion in the middle of the afternoon?" the researchers noted.

But there are even better reasons for a president to invest in a dog. Here are five scientifically-backed benefits of dog ownership, whether you're a stressed out U.S. president with free falling poll numbers, or just somebody interested in a little self-improvement. And when you're ready to pick up a little furry guy of your own, read up on Cesar Millan's tips for buying the perfect dog.

1
A Dog Will Make You Kinder 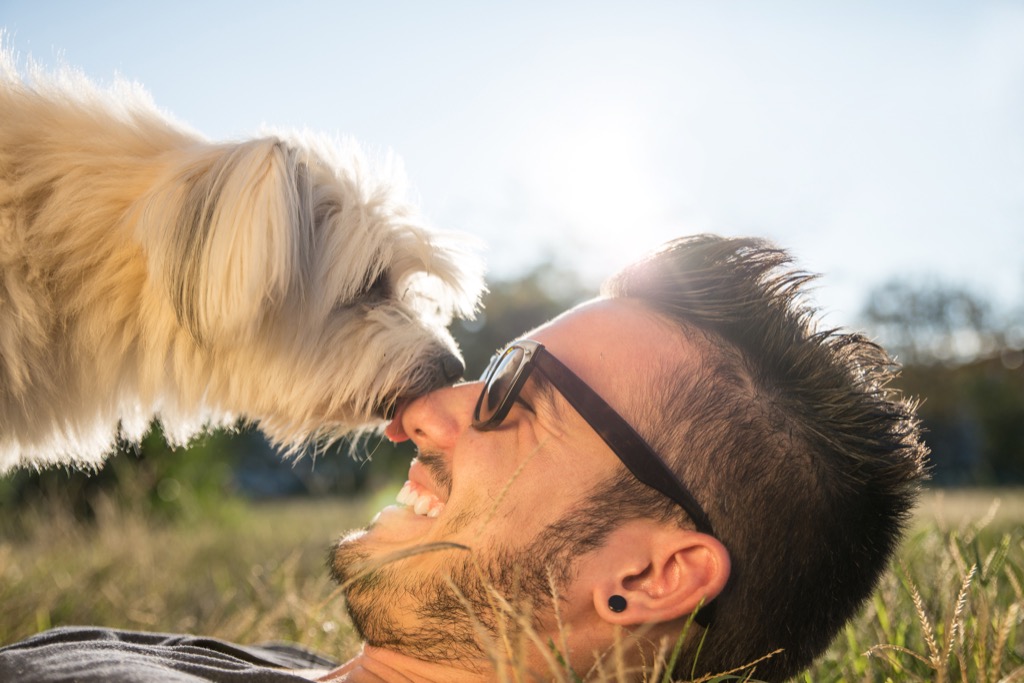 In a 2015 study of U.S. singles, twice as many women (58%) as men (27%) reported being attracted to someone not because of their physical features, but because they shared housing with a dog. 76% of those same single women made value judgments of their potential suitors based on how he interacted with his pet. "It might be indicative of how he could treat a mate and maybe their future children," says Peter B. Gray, the study's author and a professor at the University of Nevada in Las Vegas. "If he is willing to put time and resources into caring for some other dependent creature, then he may have a willingness to extend those kindnesses to others." As it so happens, being good with animals is one of the ways Prince Harry won Meghan, so this is advice you should certainly heed.

2
A Dog Will Be a Late-Hours Buddy The ol' "A dog is a man's best friend" cliché sounds like sentimental pap, but there's some truth to it. Chris Blazina, a professor at New Mexico State University, and author of Men and Their Dogs: A New Understanding of Man's Best Friend, interviewed hundreds of men about their closest relationships. 62 percent described their relationships with their dogs as "almost always" secure, as opposed to just 10 percent who felt the same way about their wives, girlfriends, or male friends.

As studies have repeatedly shown, loneliness can be just as detrimental as smoking, alcoholism, or not exercising. Dogs provide an unconditional and trustworthy companionship, which is something Trump could really use, especially if he's puttering about the White House in his bathrobe while Melania stays in New York. Also, when people break our hearts, dogs will always be there to pick up the pieces. That's not conjecture, that's science, people. 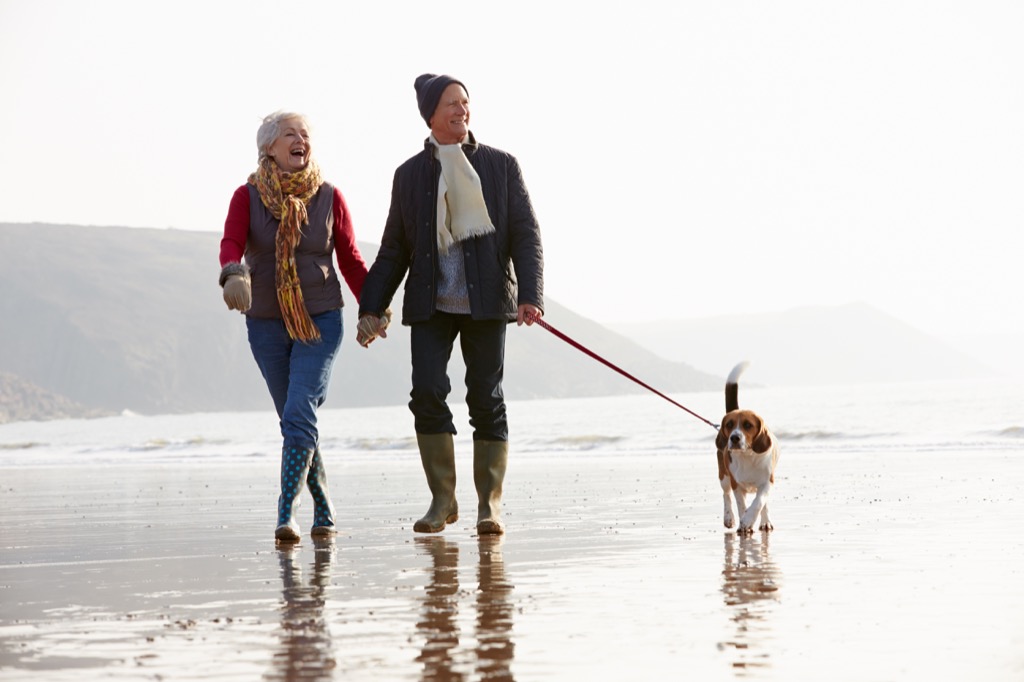 We don't mean their ability to smell cancer in your pee, although they can do that. We also don't mean how they can identify hidden explosives before they blow off a limb, but you can absolutely train them to do just that. We mean the way dogs compel their owners to get off the damn couch once in awhile and make heart-healthy choices.

People who take their dogs on regular walks—an average of 30 minutes a day at least five days a week— are 34 percent more likely to reach federal criteria for moderate or vigorous exercise, according to a Michigan State University study. What's more, they're more likely to keep walking even after their dogs have done their "business." Exercise begets exercise, after all. Now north of 70 and looking more than a little rotund, President Trump could use all the help he can get.

Having a dog also brings a greater bacterial diversity into your house—hopefully you're not just finding this out from us, but dogs can be freaking filthy—and being exposed to all of those germs "may have direct or indirect effects on human health," according to researchers in a North Carolina State University study. If you happen to have kids, exposing them to dogs means they're less likely to grow up to become fat adults with asthma. Dogs are basically a gym membership wrapped up in a flu shot that just wants to cuddle on your lap.

4
A Dog Could Make You Smarter 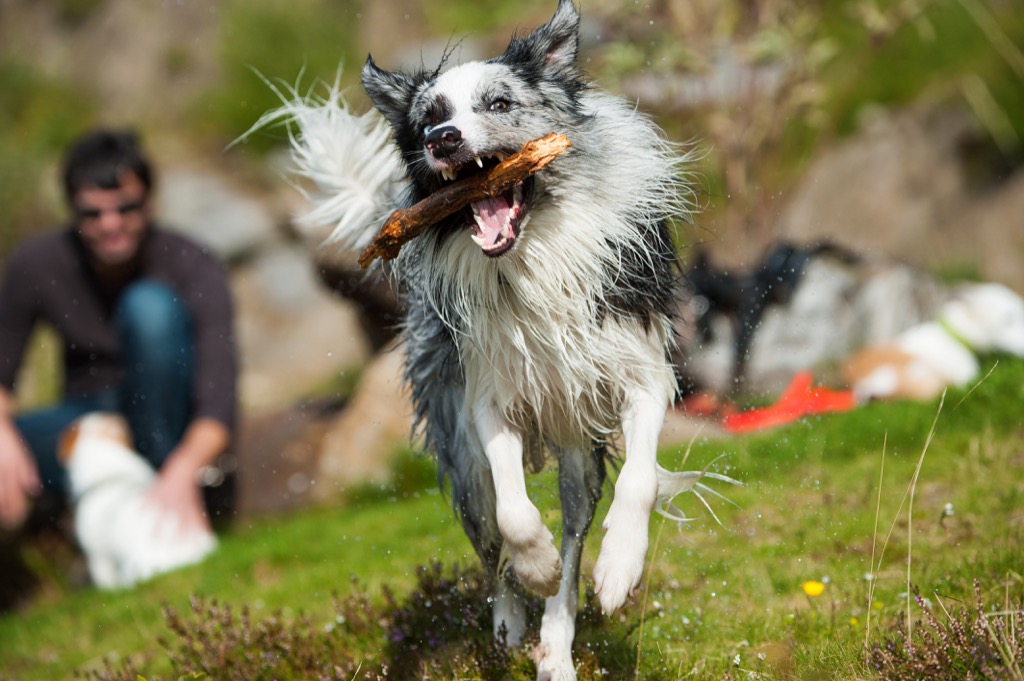 Just identifying as a dog person means you're probably more educated and intelligent than the average person, according to a new Spanish study. But if you're new to the world of canine ownership, get ready to have your IQ jump a few points. Why? Because you're about to cohabitate with a creature who's smarter than you, and he knows it.

Psychologists from Yale's Canine Cognition Center tested this theory in a study published last September, which found that dogs may listen attentively to our directions, but when it comes to solving a problem, they'll usually ignore us and just do it the right way. Owning a dog is like living with a brilliant roommate who doesn't entirely trust you. You've got to work a little harder to keep up. 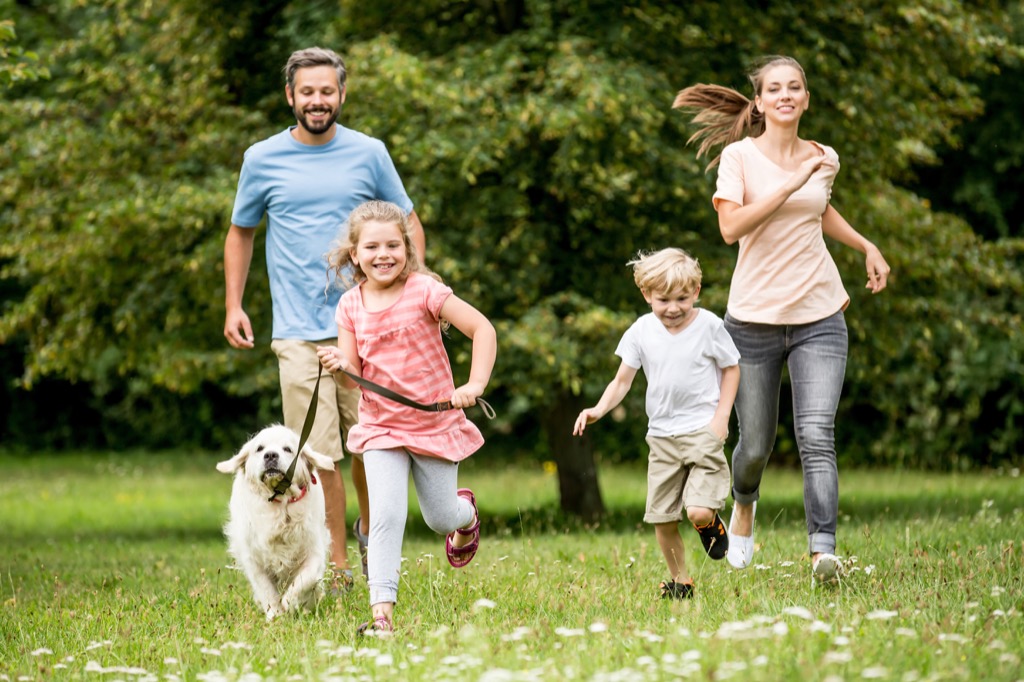 Dogs aren't quite as enamored with their human owners as we'd like to believe. Various studies have shown that dogs are driven by self-interest and will follow just about anyone who seems to be in charge. It ruins the illusion that our canine best friends think we're infallible and unique and utterly fascinating, and they spend their lives in service to making us happy. As it turns out, that's not really true. Dogs like us well enough, but they're not buying our BS that we're the best.

It's a nice lesson in humility. You're probably not as irreproachable as you think. Your own dog, who doesn't even have opposable thumbs, is just following you around because you seem to be in charge, but the moment somebody else comes along who knows what he's talking about, and maybe has better food, he'll be gone. All of us—maybe even especially certain people who ended up with the most powerful job in the free world—need to be reminded of that now and again.