Turning 50 is, without a doubt, a major milestone, and an achievement, to boot. Unfortunately, for many people, it's also one that comes with innumerable assumptions from others. While you may not feel any different on your 50th birthday than you did on your 49th, there will still be plenty of people eager to insist that everything has changed because you've entered a new decade. If you're over 50, don't feel bad if you're hot under the collar when someone says one of these offensive phrases to you. And when you want to make the most of this decade, start with the 50 Life Changes to Make After 50! 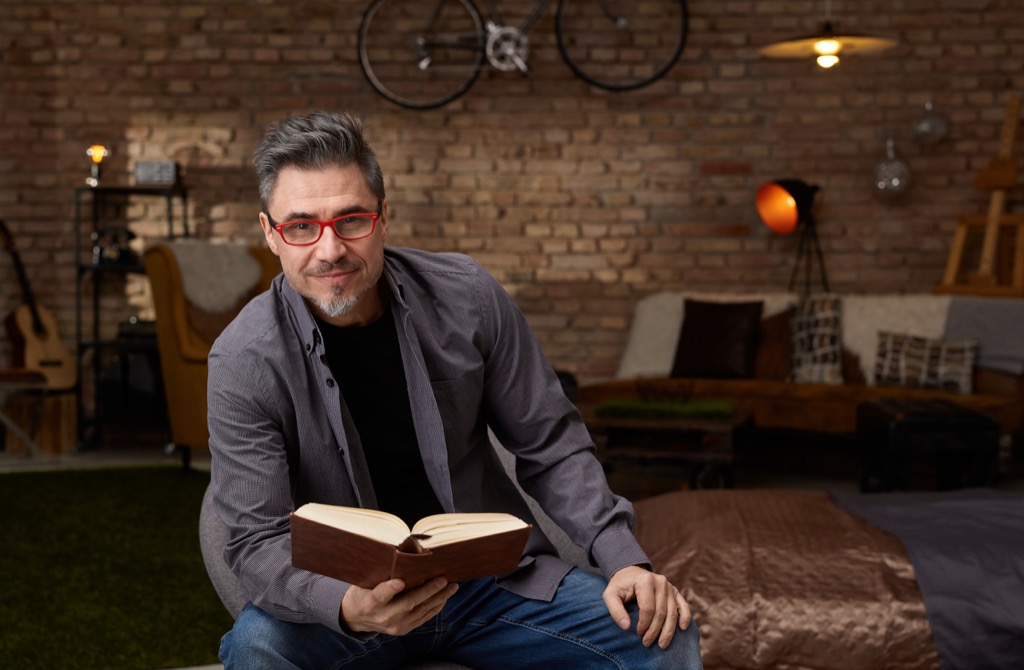 Asking someone if they feel old is basically the same as saying, "I think you're old." And yes, it's only natural to feel offended by it. And when you want to seem younger, start by dropping the 40 Things Only Older People Say from your vocabulary. 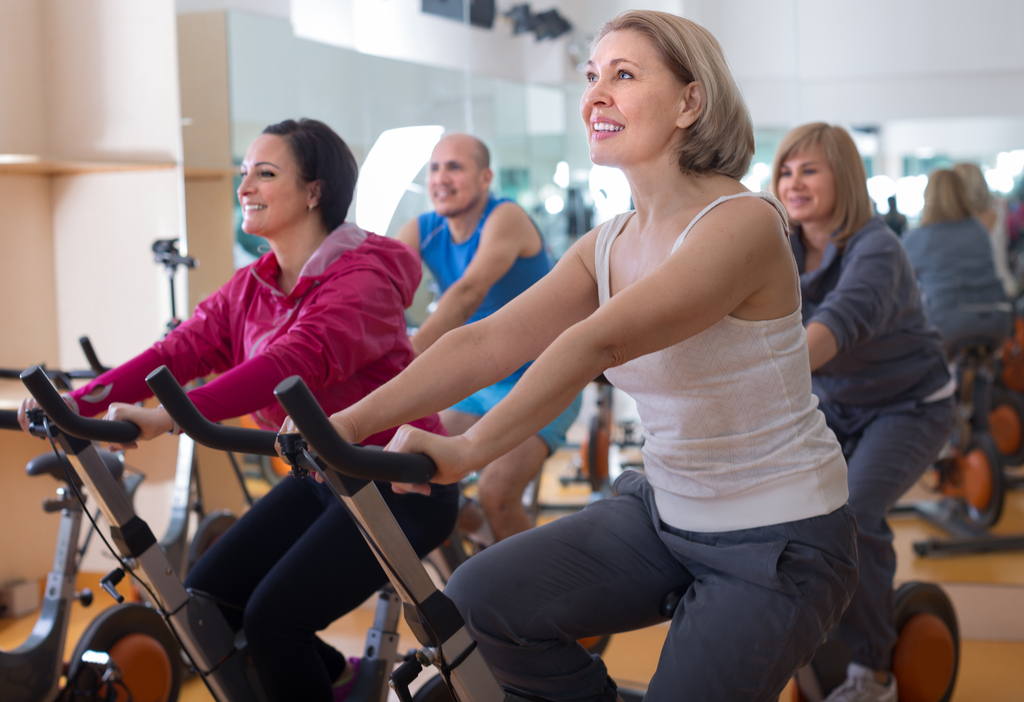 Many people will trot out this phrase as a way of making you feel better about being over 50. But what was wrong about being over 50 in the first place? Want to turn back the clock? The 20 Easy Ways to Look a Decade Younger are a great place to start. 4
"I Would Never Have Guessed You Were So Old" 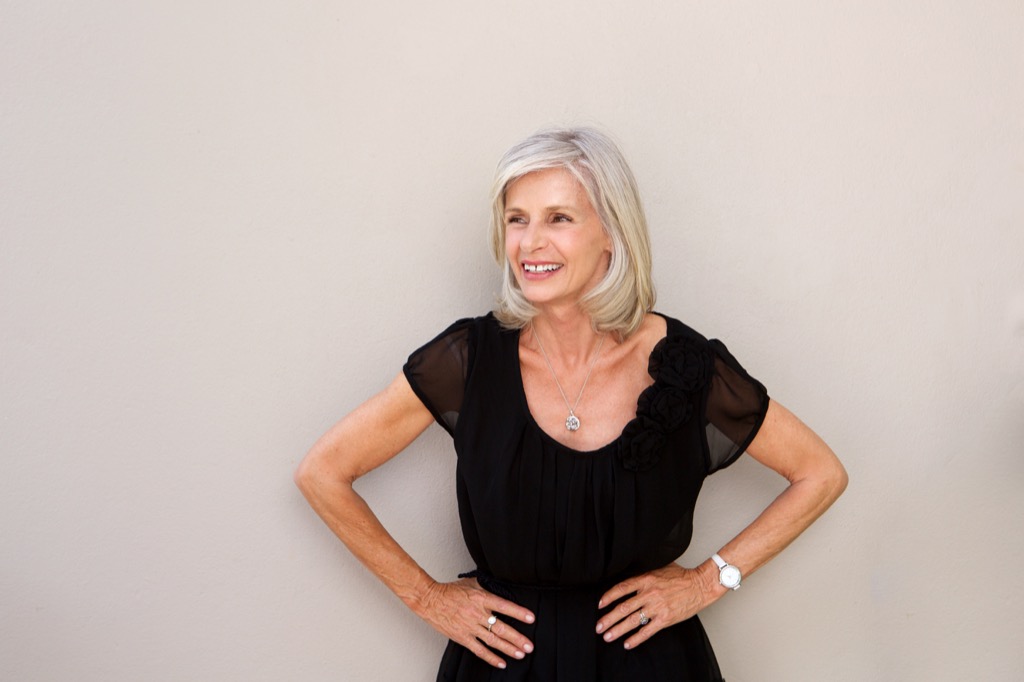 If the words "so old" accompany someone's description of you, it's only natural that you might be more than a little offended. Want to look younger in no time? The 15 Best Haircuts For Looking Instantly Younger will get you there fast.

Yes, there are some people in their 50s who are grandparents. And no, there's nothing inherently wrong with being compared to someone's beloved grandma or grandpa. But having people act as though you should relate to the folksy adages of someone 20, 30, or 40 years older just because you're over 50 is undeniably rude. And when you want to make yourself seem more youthful, ditch the 100 Slang Terms From the 20th Century No One Uses Anymore. That's great! Let us know what it's like when you get there. And when you're ready to stop the aging process in its tracks, discover the 20 Secrets of Ageless Celebrities.

7
"Do You Know How to Use a Smartphone?"

As surprising as it may seem to many younger people, lots—maybe even most—of the people you know over 50 know how to get their email, text their friends, and even browse Tinder. And if your phone is starting to feel more like an appendage than a tool, check out the 11 Easy Ways to Conquer Your Smartphone Addiction. 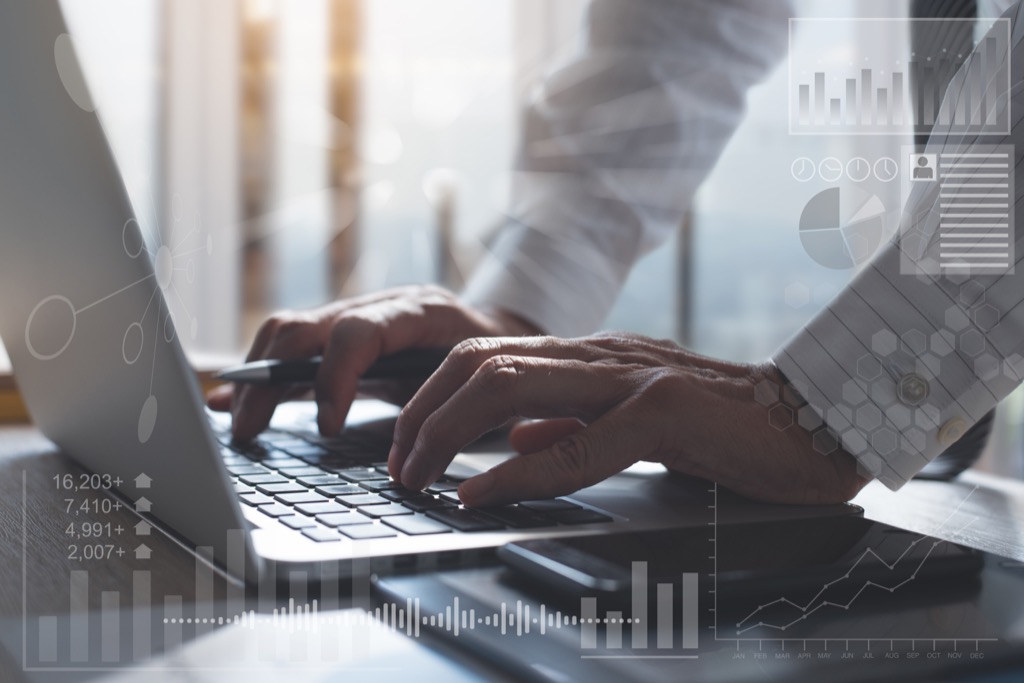 Again, 50-something is pretty young to retire, so it's probably a safe bet that most people who are still working are computer-literate, and it's pretty offensive to ask. And when you do want to outfit your office, start with the 10 Tech Items You Never Knew You Needed. Yes, The Graduate is a great movie. No, women over 50 who date younger men don't appreciate the constant Anne Bancroft comparisons—the actress was only 36 at the time, anyway. And if you're ready to start dating again, make sure to ignore the 40 Relationship Tips That Are Actually Terrible.

Of course, getting a good night's sleep is amazing! That said, there's no reason you can't log a full eight hours at 20 or 30, and it seems pretty silly to say otherwise. If you want to be better rested by tomorrow, start with the 20 Nighttime Habits Guaranteed to Help You Sleep Better. 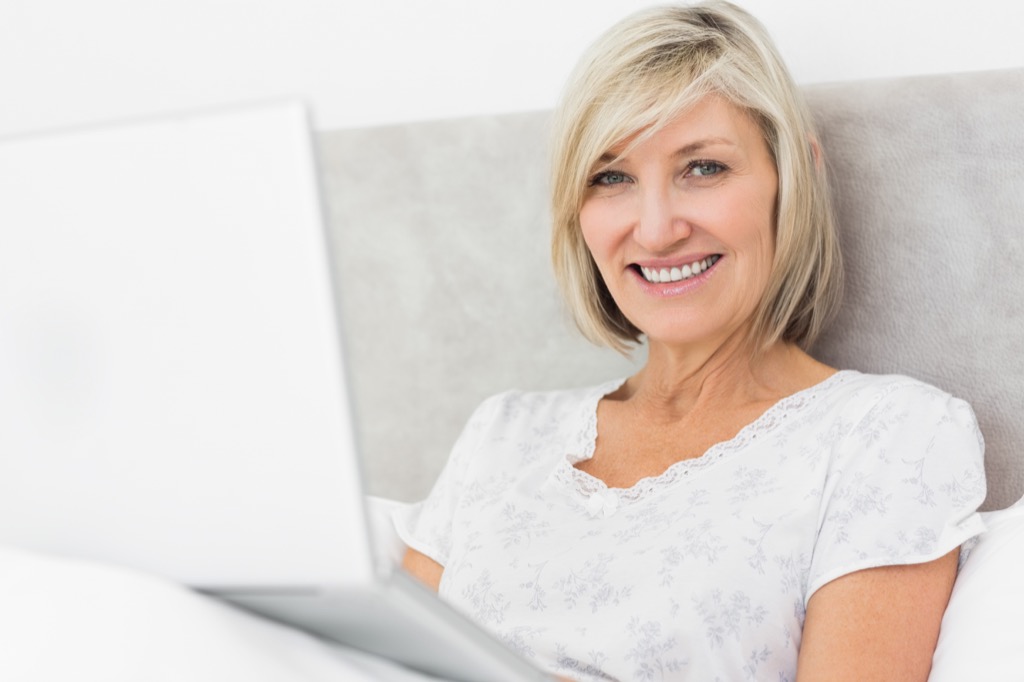 Growing old is an undeniable privilege. However, that doesn't mean that people in their 50s should be dubbed "elderly" just yet. Words have meanings, people! 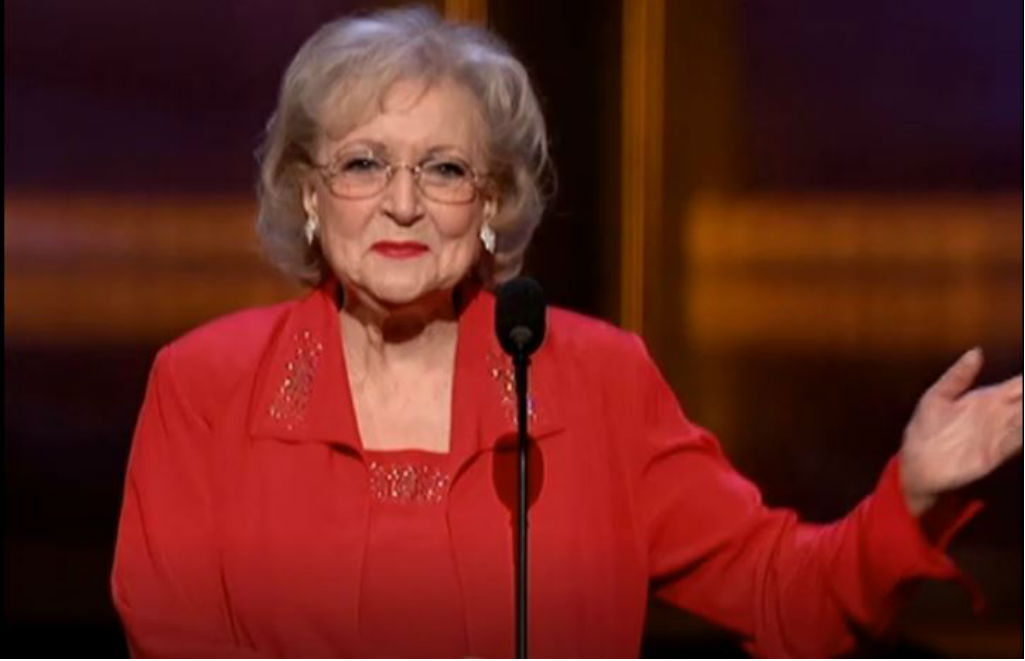 Betty White is amazing. She's also 96. If you want to show someone in their 50s that their life is just getting started, there are tons of better examples out there.

It's good to hear that being over 50 doesn't seem that old. Because it isn't that old. And for more things you shouldn't say, here are the 40 Things People Say That Will Offend You If You're Over 40.

Getting older isn't really a choice. Growing up? Totally optional. And don't feel bad if you feel offended when someone says this to you.

50 isn't exactly up there in years these days, so it's totally fine to take offense if people are asking you if you're at the point where you're using mnemonic devices to remember your own name.

The fact that people older than 50-somethings exist? Not surprising. The fact that some people feel the need to mention it as a means of making the over-50 set feel better? Pretty offensive. And for more of the things we say, check out that 20 Everyday Things It's OK to Lie About. 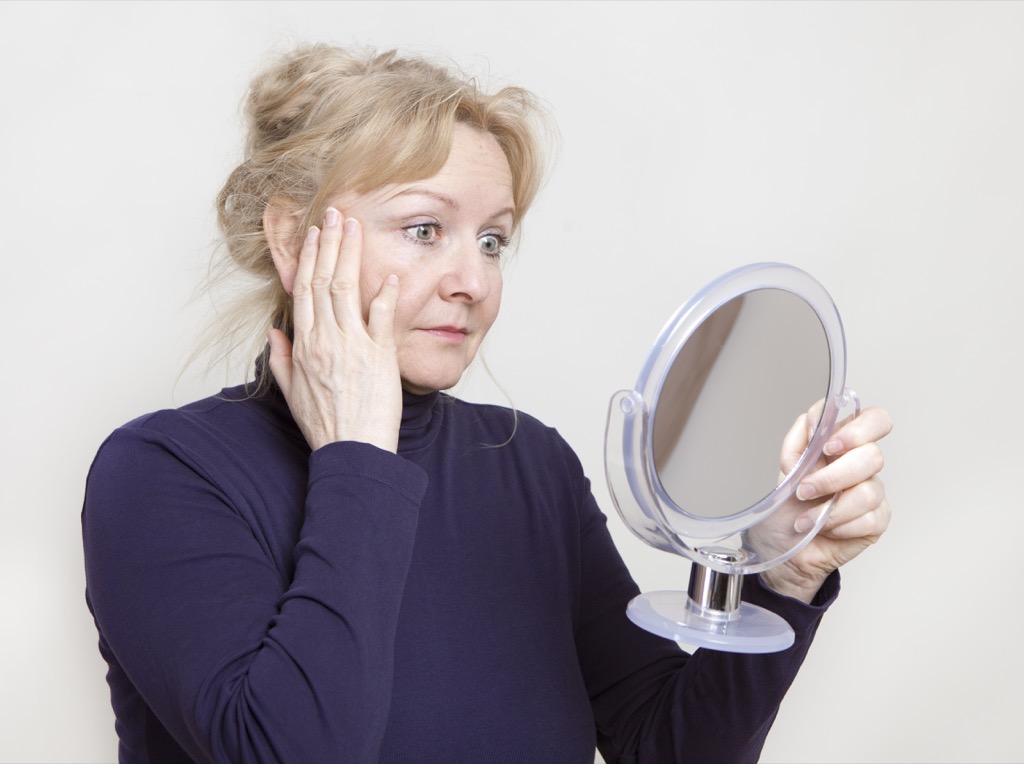 Considering that it's not really anyone's business if you're aging naturally or with the help of a team of doctors, it's not surprising if this one makes you feel less than warm and fuzzy when you hear it. 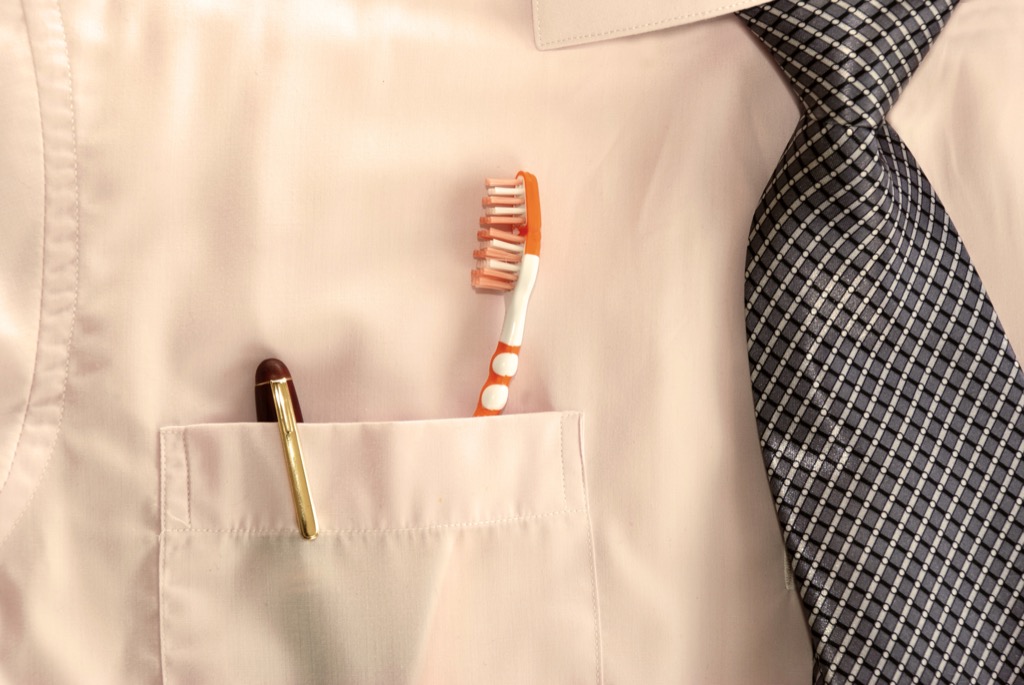 A lifetime of brushing, flossing, and annual dental visits mean that yes, even people in their 50s still have all of their original teeth.

While some people think that calling a woman "ma'am" is just a way to be polite, it definitely sounds like, "You're old" when you hear it. 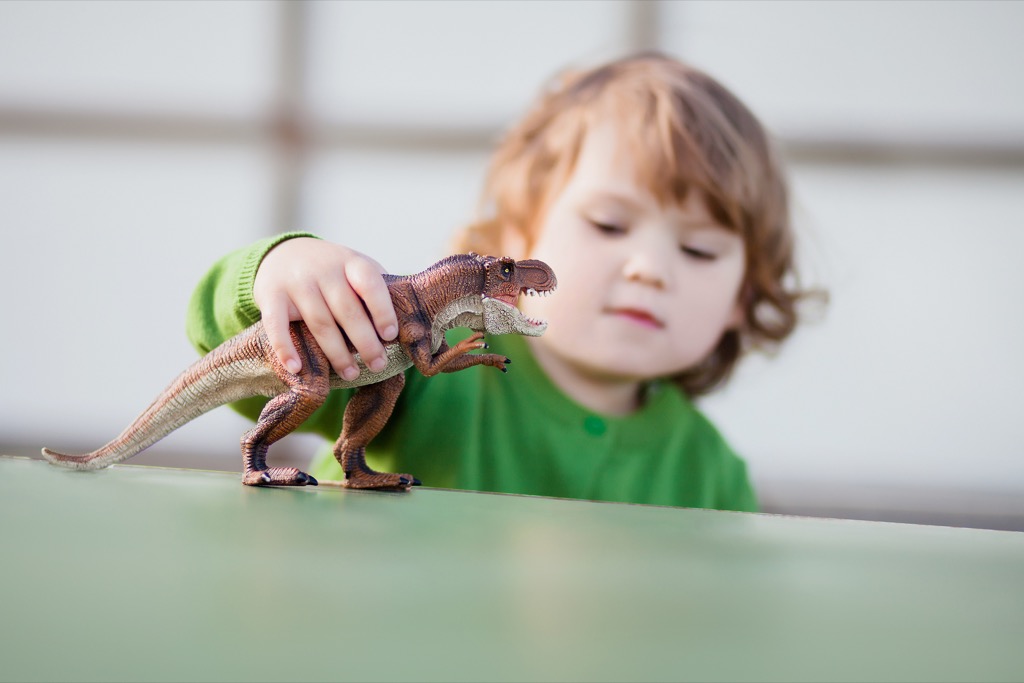 If you're over 50 and don't have children, odds are you've heard plenty of questions about why that's the case. And yes, it's always offensive. Again, there are plenty of people who simply don't see marriage in the cards for themselves, and plenty of others who wished they had gotten married, but never found the right person. When you're single in your 50s, people love to trot out these tired lines.

22
"Baby Boomers Are So Angry"

While some people in the over-50 set may technically be Baby Boomers, it's not true of everyone who's north of 49. And yes, it's understandable to be a little upset when someone thinks an entire generation speaks for you personally.

Although it is, of course, nice to know that you've still got plenty of years left to do exciting things, the idea that someone needs to remind you of this is more than a little offensive.

Did someone issue a mandate that you have to stop having fun when you're hit 50? Because that's certainly what this statement seems like it's saying.

It's hard to imagine owning a house when you don't own one yet, but nobody thinks to say that to the homeowner next door. It is, however, pretty strange, and a little offensive, when people say a similar thing about you because you're over 50. We should all consider ourselves lucky to have such long and healthy lives.

There are plenty of good ways to ask people what the early years of their lives were like. The phrase "back in your day," however, is rarely a welcome addition to a conversation.

Sure, you don't see cars that look like the Model T on the road anymore. But when this kind of phrase is used to explain a person of a certain age, it's more than a little offensive.

While anyone over 50 is eligible for an AARP membership, considering that most people don't retire until 60- or 70-something, this probably isn't a line of questioning you want to go down. 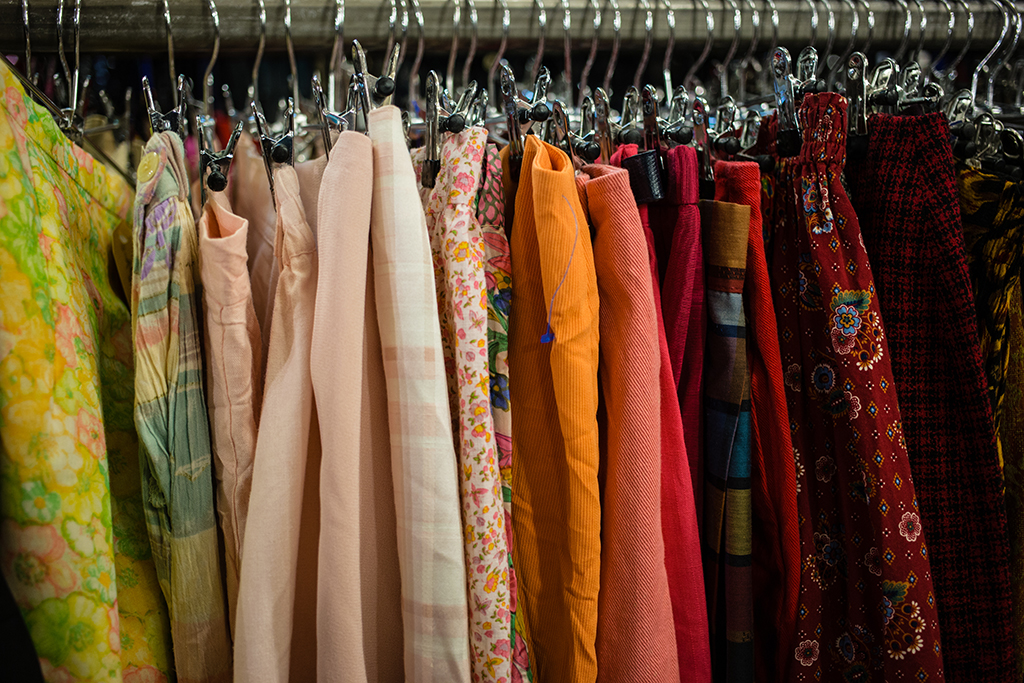 Whether it's an album, a style of dress, or a person, hearing that something is "retro" because it's not brand new is like nails on a chalkboard to most 50-somethings.

30
"Are Those Your Grandkids?"

Not everyone has adult children by the time they're in their 50s. For people who had kids in their 40s and 50s, it's more than a little frustrating to have people constantly mistake you for grandma or grandpa. If someone seems truly infirm, it may seem like a kind gesture to offer them your seat on public transportation. If you're 52 and on your way back from a Pilates class when someone does it, it can definitely sting.

Yes, we get it: being 50 seems ancient to someone half that age. But please, whatever you do, don't ask us if we had to walk ten miles in the snow to get to school, watch television, or generally live our lives.

33
"You Have a Good Body For Someone Your Age" 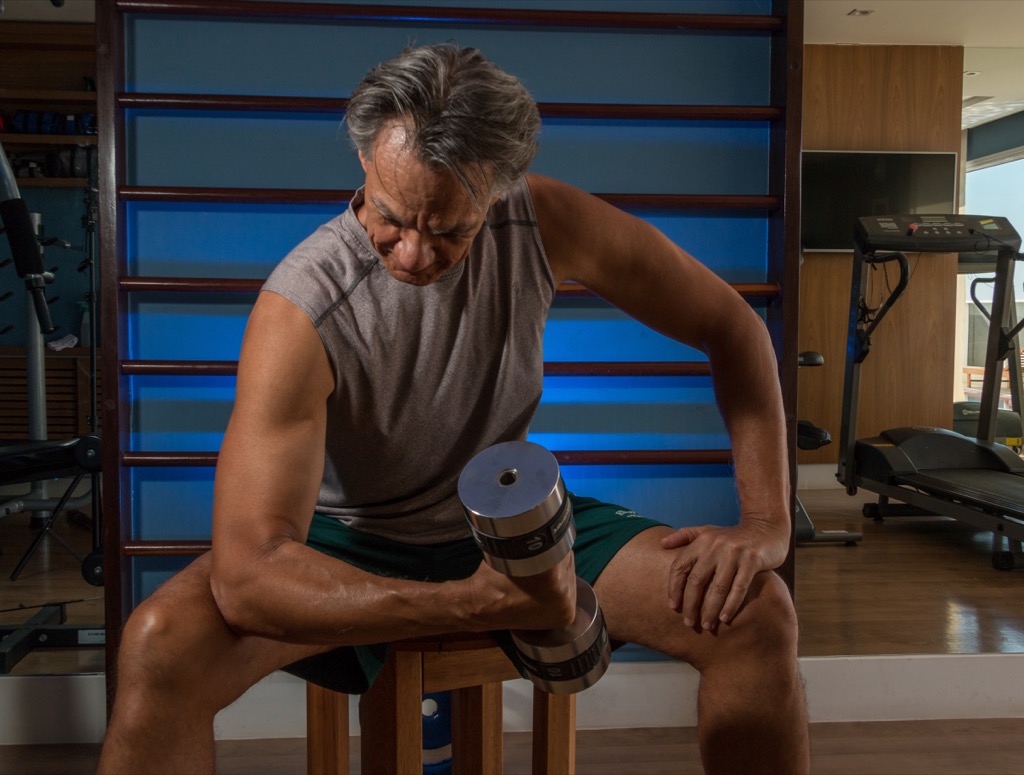 As with most compliments that end in "for someone your age," hearing this about what you considered a pretty normal over-50 body definitely doesn't feel like true praise. If you're over 50, you probably remember having a TV, phone, refrigerator, and plenty of the other things kids these days grow up with too, which makes this question pretty perplexing.

35
"Have You Considered Botox?" 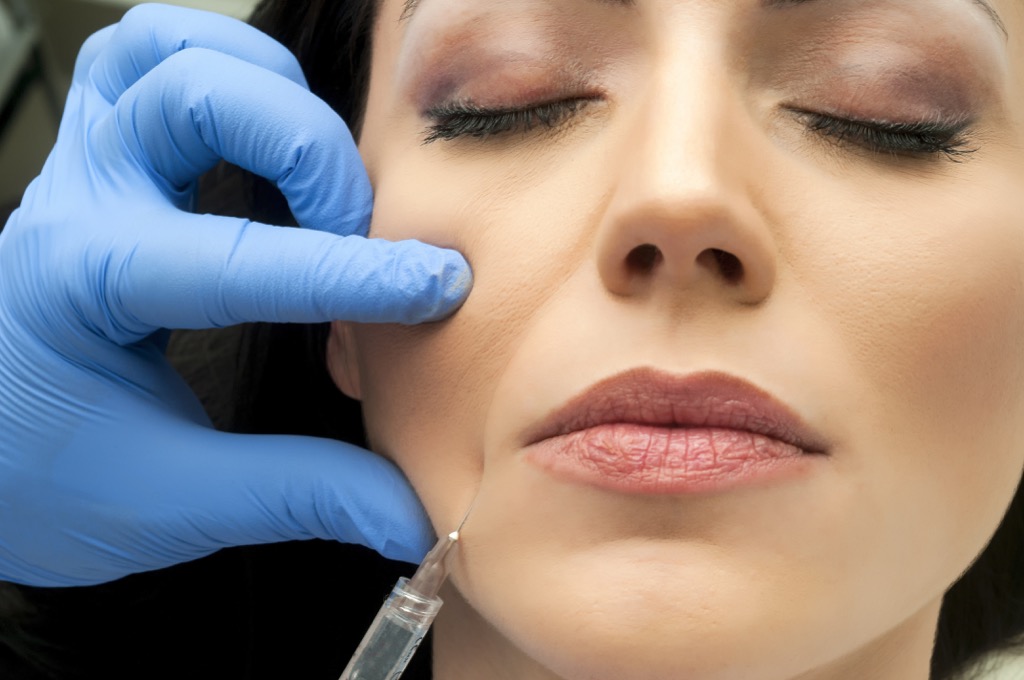 Just because someone is over 50 doesn't automatically mean they're eager to have work done, and yes, it is pretty rude to ask.

And, of course, if someone seems to look younger than their chronological age, it's not a whole lot better to ask if they've had work done already. If someone wants you to know about their skilled injector, they'll let you know.

While this may feel like a compliment if you're hearing it as an over-50 guy, the implication that only men have better years ahead of them after 50 is pretty offensive.

It may be nice to have people appreciate the lengths you go to to take care of yourself, but this comes off a little creepy, at best.

40
"It's So Cute That You're Trying New Things" There's never a bad time to try something new. So, why do people feel the need to start dubbing your new interests "cute" when you hit 50?

Fun doesn't have a cut-off age! And hearing that people are surprised that you still have fun at your age doesn't feel like much of a compliment.

Gray hair is chic! But when people feel the need to point out that you still look good, despite not dyeing your locks, it feels a little icky. 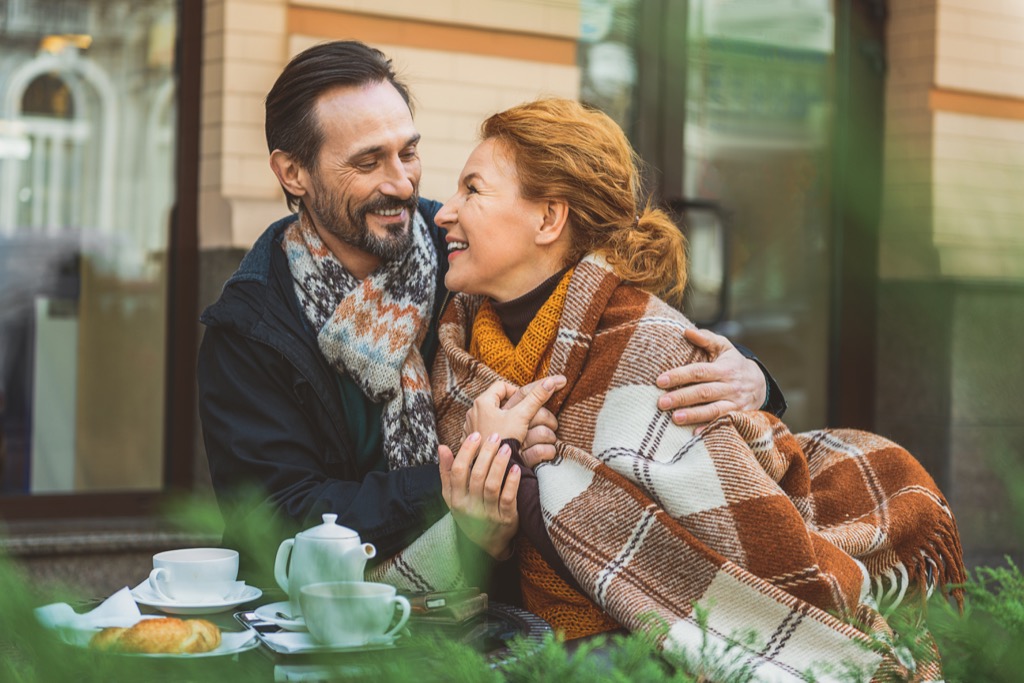 If you're over 50, you're probably all-too-familiar with the coded language people use to describe your looks. While you once got called "handsome," the less-welcome "dignified" has suddenly taken its place.

While it may not be traditional to have kids over 50, more and more people are doing it these days. And, to be clear, it's far from polite to have someone prying about why you didn't get around to doing it earlier.

Just because someone is 50-plus doesn't mean they've given up. Do Brad Pitt, George Clooney, and Elle Macpherson seem like they've given up to you? It's pretty rude to assume that being over 50 just means wearing no makeup and elastic-bottom sweatpants for the rest of your life. 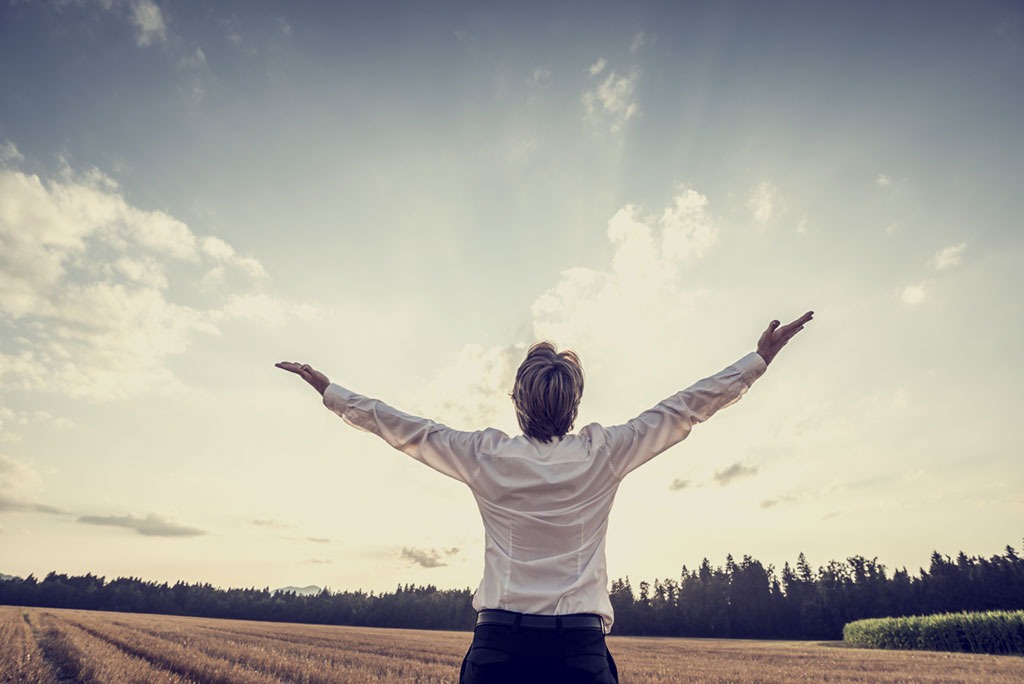 At 50, many people are in the prime of their careers, so counting down the days until they're sitting poolside with a mojito in Myrtle Beach doesn't exactly feel like a compliment.

48
"When Are the Grandkids Coming?"

Although many people with adult children may be eager to have grandkids on the way, prying about when exactly that's going to happen feels pretty intrusive. 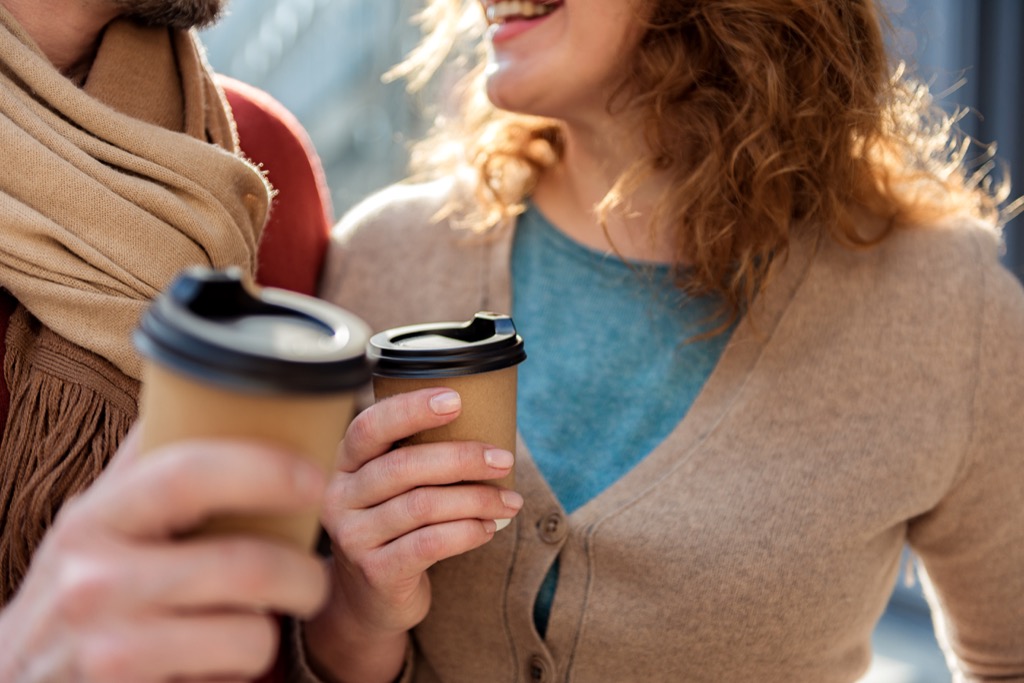 Who says that being 50 means you can't change anything about yourself? Use the phrase "set in your ways" around a 50-something and you're more than likely to get them a little hot under the collar.

Sure, black humor can be funny, but all those jokes about being one foot in the grave because you've hit 50? Not exactly a laugh riot. And when you want to make the most of the next 50 years, start with the 100 Ways to Live to 100.

Sarah Crow
Sarah Crow is a senior editor at Eat This, Not That!, where she focuses on celebrity news and health coverage. Read more
Filed Under
Aging • Over 50
Read This Next
Latest News
Read This Next