25 Funniest Newspaper Headlines of All Time

Extra! Extra! Read all about it!

Most news media exists online these days, which is a shame. There's something beautiful about the experience of reading a print newspaper; the fresh ink on your fingers, the smell of newsprint, and of course, the occasional bizarre and (unintentionally) funny newspaper headlines. We'll admit, we miss the world in which once a news story was out there, it couldn't be altered. An online news story can be continually tweaked and improved and even deleted entirely. But once a newspaper has hit the stands or your front porch, there are no do-overs.

If a headline reads "Meteorite may be from space" or "Slowdown continues to accelerate," that's the way it's going to read forever. Here are 25 of our favorite funny newspaper headlines, which probably could have used another edit before they went to the printing press. Their loss, our gain. For more laughs, check out these 40 Random Facts So Funny You'll Be Dying to Tell Your Friends About Them.

1
"Forecasters call for weather on Monday" 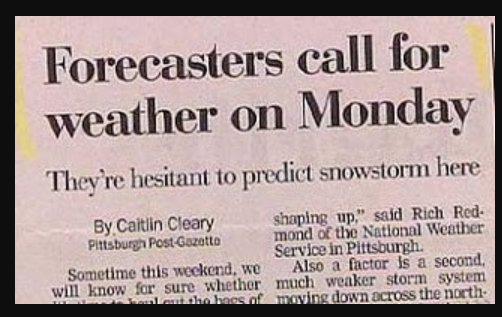 The folks at the Pittsburgh Post-Gazette make no promises about Tuesday. Enjoy the weather on Monday while you have it because the rest of the week could contain no atmosphere whatsoever. And for more total silliness in addition to these funny headlines, check out these 30 Funniest Celebrity Memes. 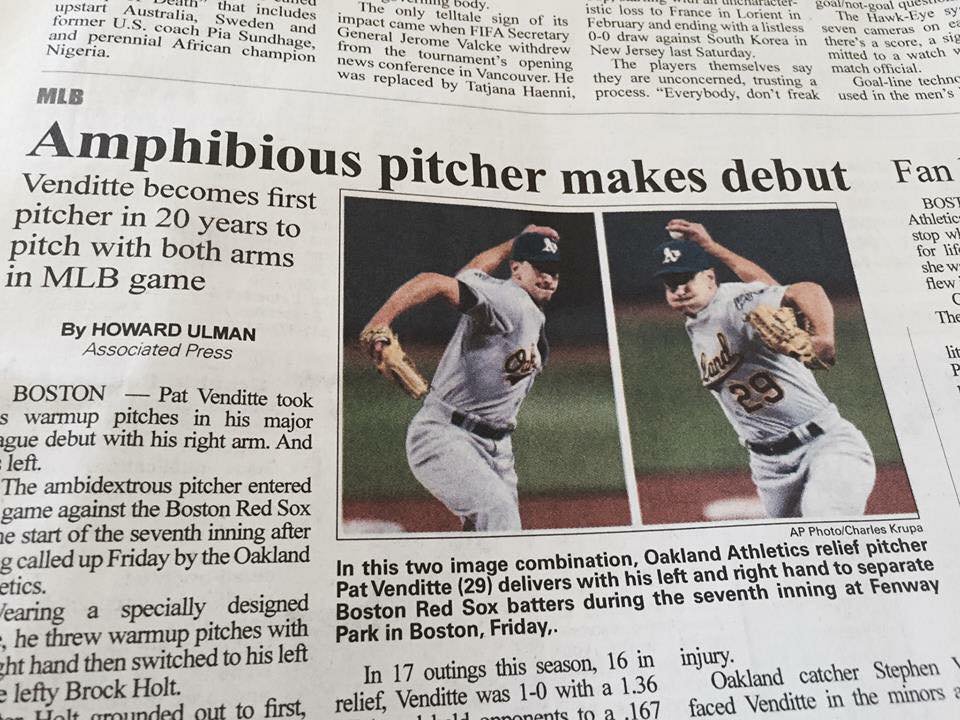 We knew Aqua Man had bigger ambitions than just being the guy in Super Friends who can call dolphins. And for more laughs, check out these 30 Funniest Photos of Celebrities as Teens. 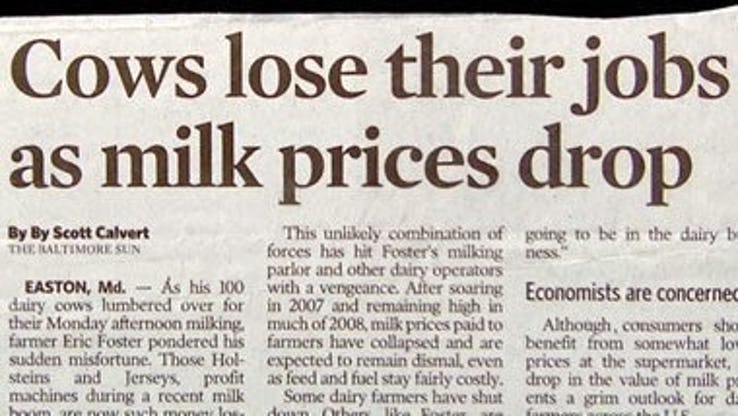 It's always heartbreaking when a cow can't bring in a steady income—but we're guessing that's not quite what the editors behind this unintentionally funny newspaper headline from The Baltimore Sun had in mind. For more animal humor, check out the 40 Funniest Jokes About Animals. You may want to look up the definition of the word "cure." We're pretty sure you're confusing it with "deranged hospital serial killer." 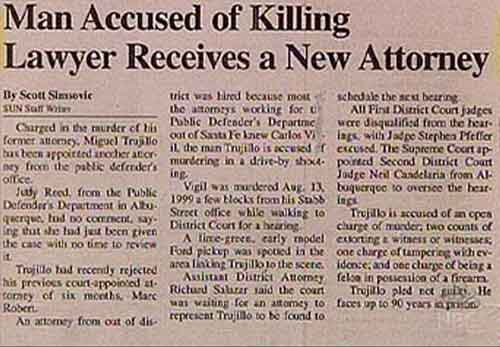 Said his new lawyer, "I just realized I failed my bar exam. So sorry, gotta run!" For more lawyerly quips, check out these 20 Hilarious Things Actually Said in Court. 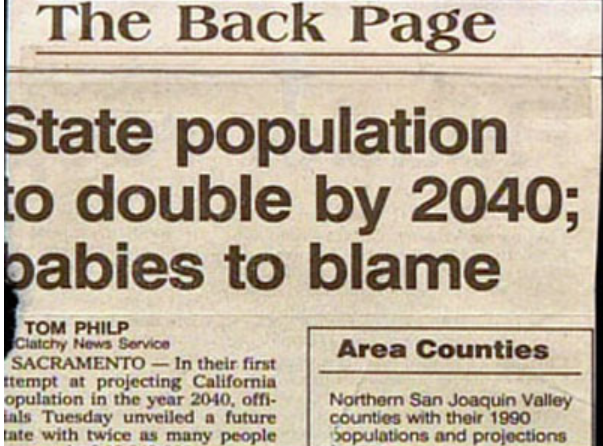 Is it too late to stop this nefarious plot by babies? They may be small, but they're sneaky. This supposed improvement doesn't include being able to correctly spell the state where they live. To catch a glimpse of greatness in every state of this great country, check out The Best Joke Written About Every U.S. State. 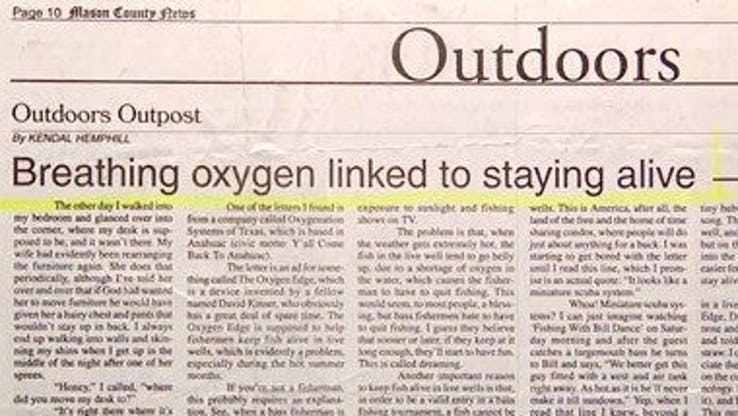 A groundbreaking discovery brought to you by the same scientific minds who discovered the link between walking and leaving the house.

9
"Police arrest everyone on February 22nd" 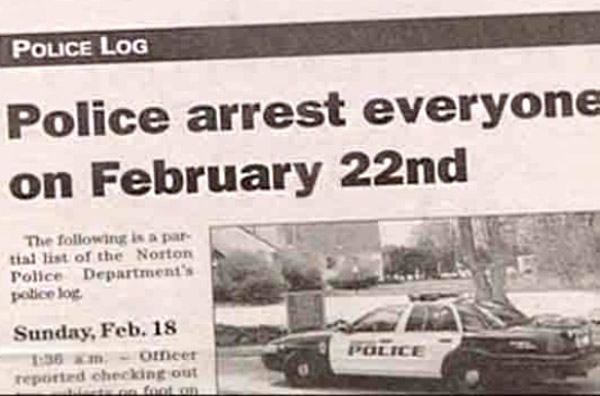 So that's where grandma went! For more jokes of the childish variety, check out the 50 Jokes from Children That Are Crazy Funny. 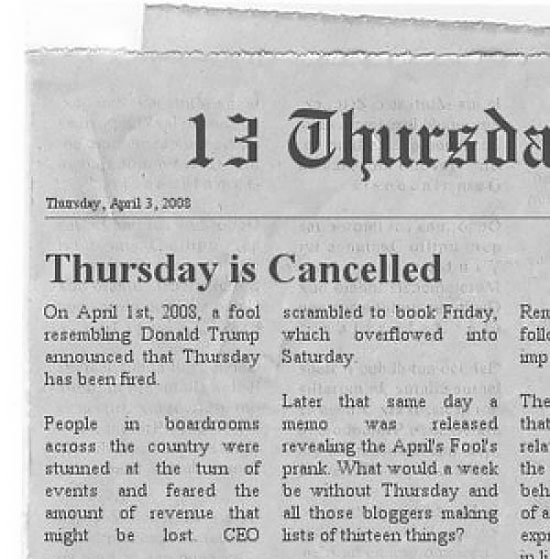 Can we cancel Friday too and just make it a four-day weekend? 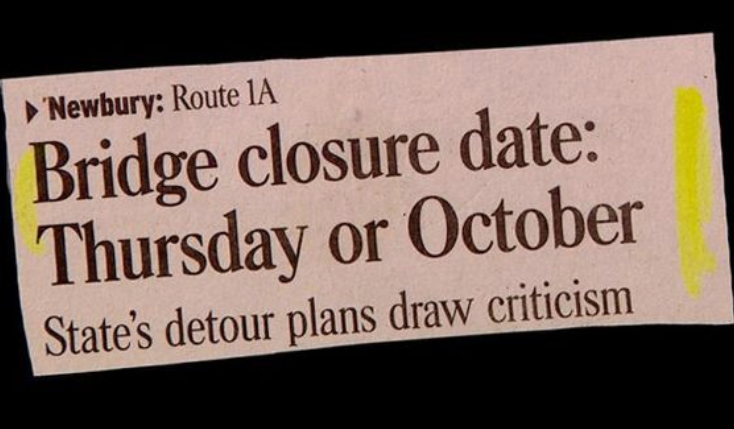 Since Thursday's been canceled, we better plan for October.

12
"Most Earthquake Damage is Caused by Shaking" 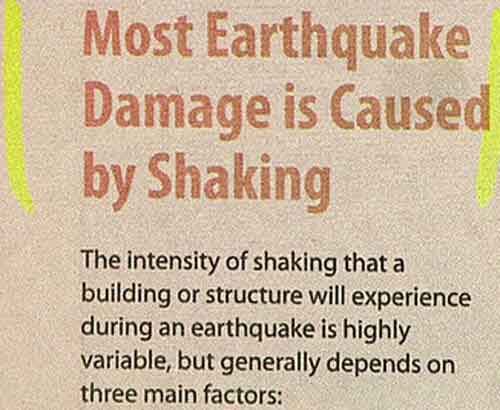 Well, that's weird, we thought most of the damage was caused by hurtful sarcasm. You know how mean-spirited earthquakes can be. Imagine if they'd raided a gun shop and found nothing but adorable puppies. And for more great jokes, don't miss these Hilarious Tweets Every Retail Worker Can Relate To. 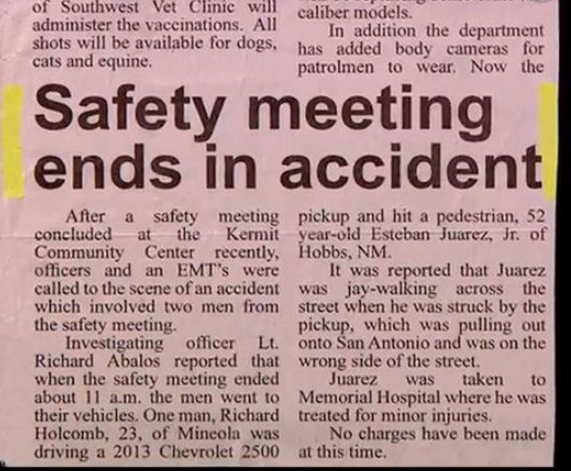 Next time maybe you should have an accident meeting. It's the only way to keep people safe.

15
"Muddy Creek Problem: It's too muddy" Now that that's solved, can we figure out what's going on with Trash-Filled Lake? 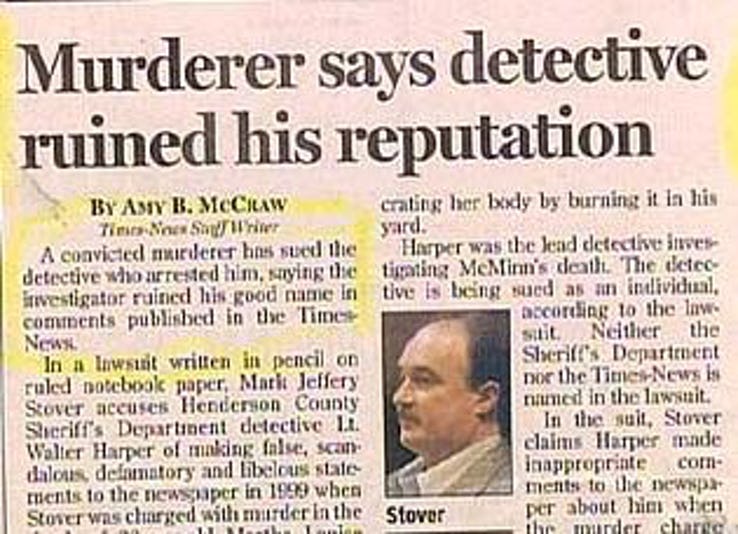 He was a respected member of his community who occasionally murdered people until that meddling lawyer came along. And if you'd rather see your favorite celebrities dressed in orange than read these funny newspaper headlines, check out The 20 Funniest Celebrity Mugshots.

17
"Utah Poison Control Center reminds everyone not to take poison" 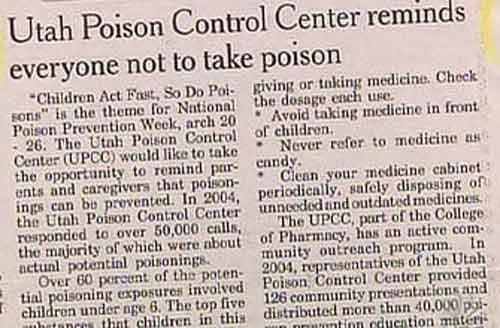 Hold on, let's hear them out. Give us one good reason not to take poison and we'll consider it.

18
"Bugs flying around with wings are flying bugs" 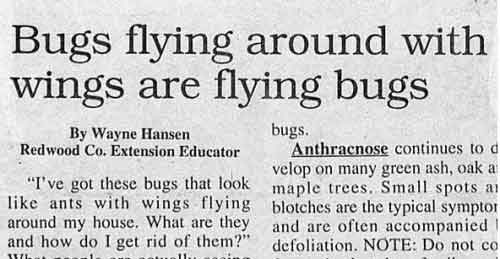 Whatever that entomologist paid for his education, it was too much. 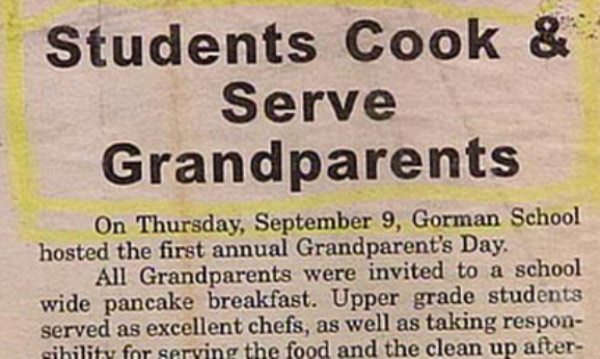 We know the school cafeteria options aren't great, but please don't have to resort to grandparent cannibalism! 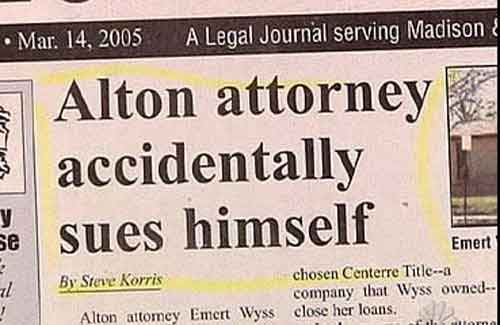 It almost renews your faith in our legal system, doesn't it? 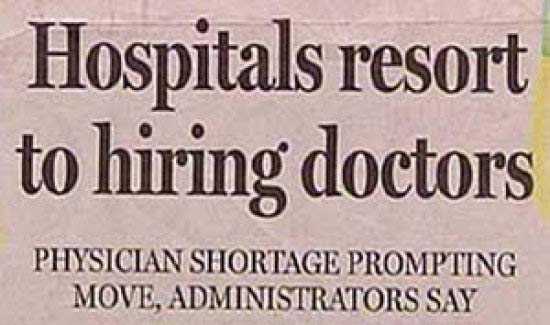 Who was their first choice? A guy with a pocket wrench and a "general idea" of human anatomy who works for minimum wage? This is one of those funny newspaper headlines that is actually frightening. 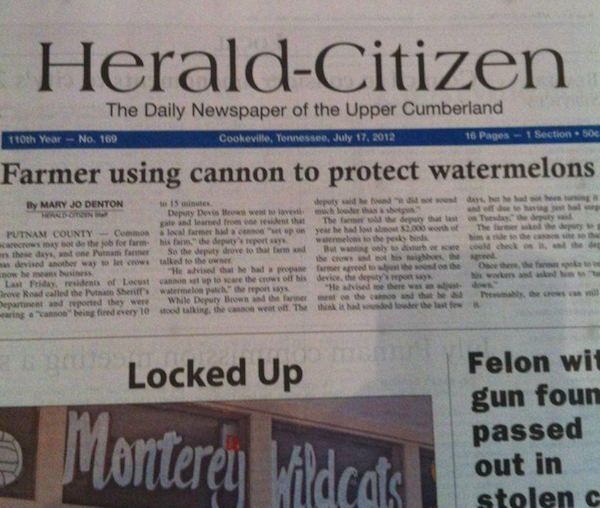 Hope he's not using his watermelons as cannonballs. That would kind of defeat the purpose.

23
"Voters to vote on whether to vote" 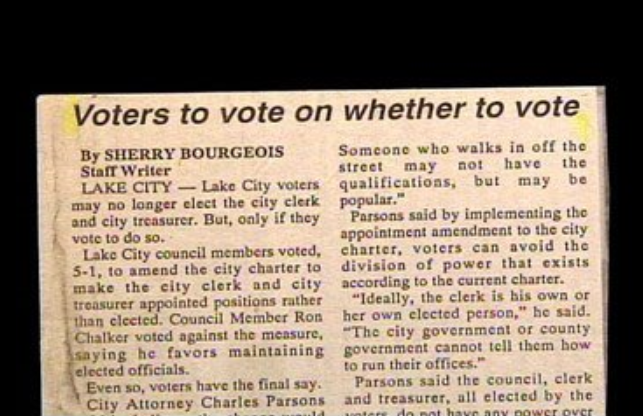 If they vote against voting, does that mean they've broken the law by voting not to vote? This one might be one of our favorite funny newspaper headlines ever. For more natural writing ability, check out these 30 Funniest Jokes in Popular Songs. 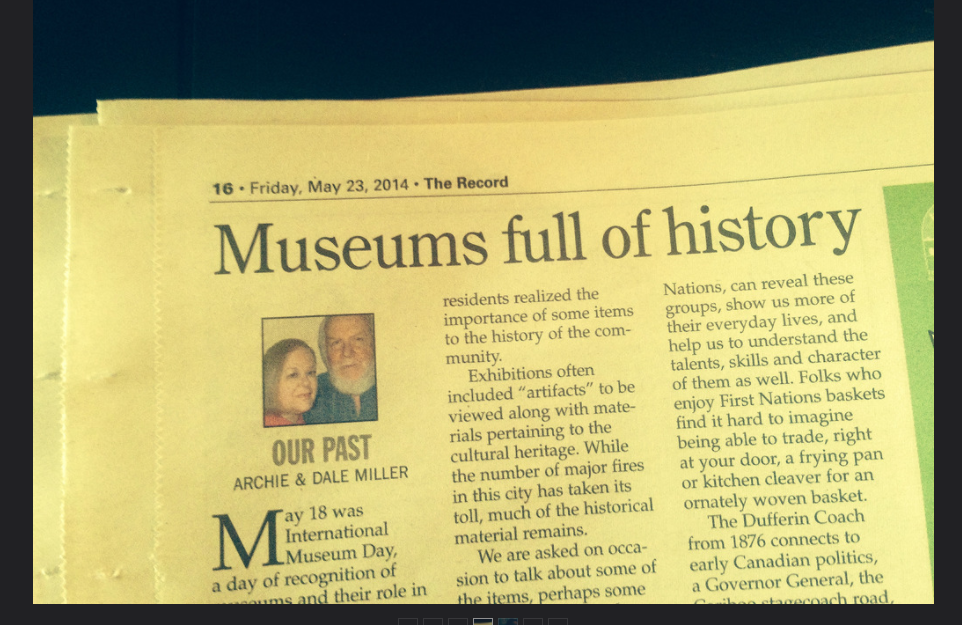 Great observation. Here's another one: Your writers are out of story ideas. The worst part is, the goat was out on parole. For more laughs, check out these 30 Funniest Celebrity Pet Moments.