Fact: We are biologically hardwired to laugh at certain things.

Have you ever been having a bad day, and then you see somebody slipping on the ice, their legs scrambling for traction like they're an anthropomorphic cartoon animal? You start laughing, and suddenly you feel better. Your whole day has brightened. What the heck is going on? What you saw was not, by definition, funny. There are no punch lines, and for the guy slipping it's pretty tragic. But we can't help ourselves. It's totally hilarious.

The world is filled with these moments in which we shouldn't be laughing but we do anyway, and it always improves our mood. Let's take a closer look at 20 of our favorites things that we all find secretly hilarious. Don't worry, you can laugh—we won't tell anybody. And when you're ready for more humor, check out the 75 Jokes That Are So Bad They're Actually Funny.

Someone once described the Google Glass as the "Segway for your face." But we don't think that comparison does the true badness of a Segway any real justice. Riding one is the least cool thing that someone can do—and also one of the most hilarious.

It's as if a higher being squeezed all of the goofiness that exists in the world—from fanny packs to pocket protectors—and jammed them all into one piece of technology. And for more things you should avoid at all costs, check out the 40 Things No Man Over 40 Should Say. 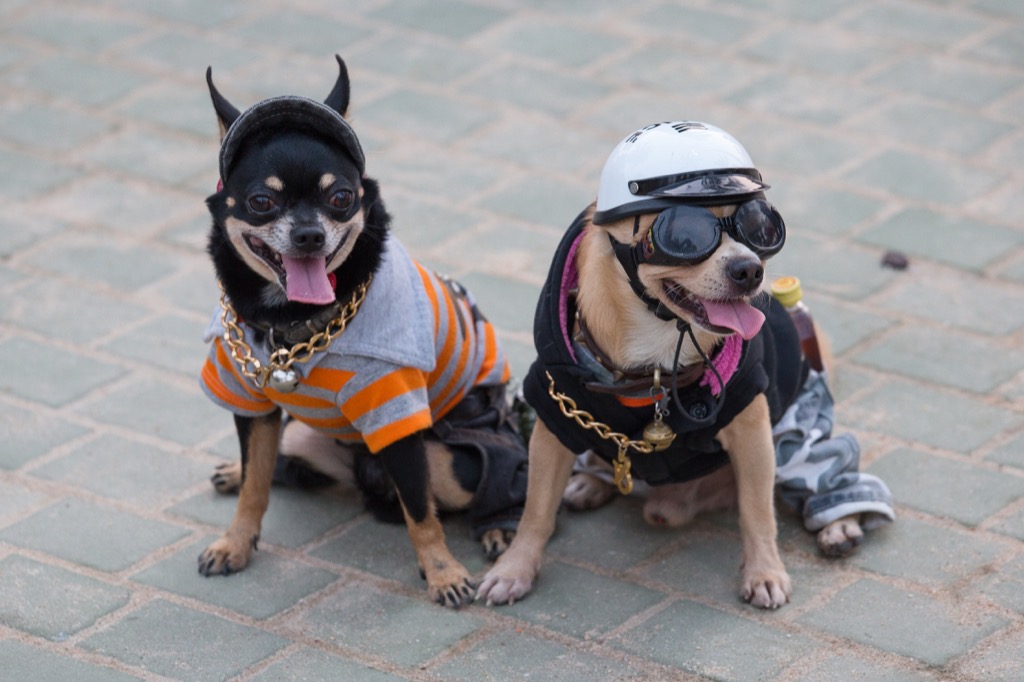 Your dog does not need a hat or a fur coat or his own tuxedo. But if you insist on dressing him that way, rest assured we will be giggling. And speaking of dogs: If you want yours to live forever, check out The Former Model Who Wants to Save Your Dog's Life.

3
Actors Who Can't Hold It Together During a Performance

Always funny. Period. Case and point: Remember when Ryan Gosling flat-out lost it on SNL? And then lost it again? And again? All in the same show? Well, it was funny every single time. At the end of the day, there's something about the release of these honest emotions and the breaking of the "fourth wall" that makes such moments priceless. And for more Hollywood-inspired humor, check out the 30 Funniest Movie Quotes of All Time. 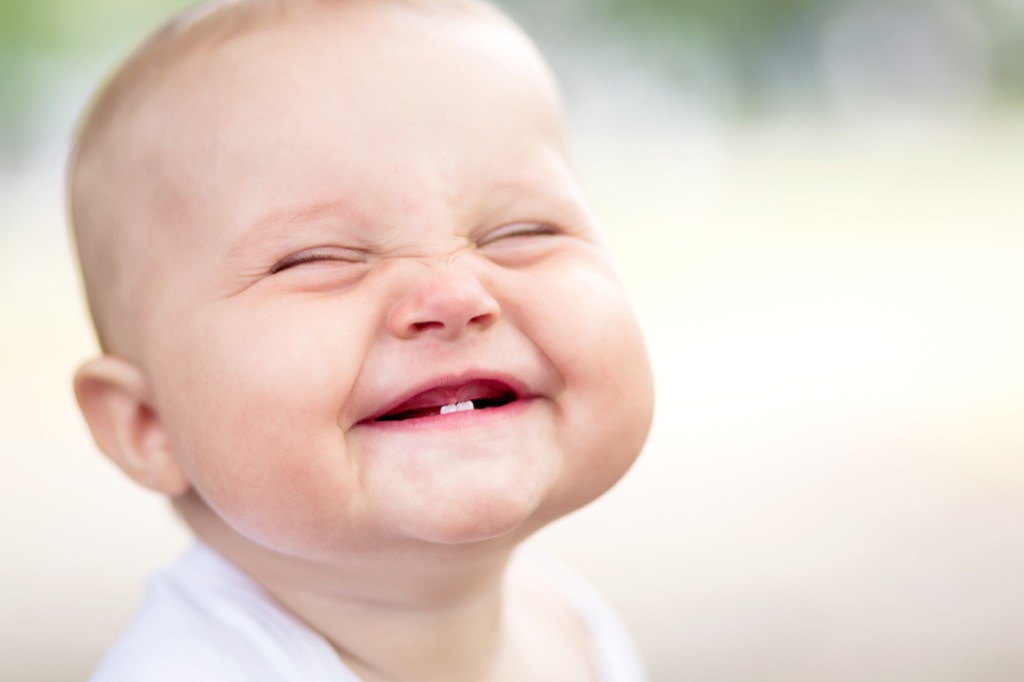 Babies don't censor their joy. When they laugh, it's with their whole body. Spit goes flying, their eyes roll back, their noses leak. It's the best thing to watch. And for more silly humor, check out the 40 Facts So Funny They're Hard to Believe. 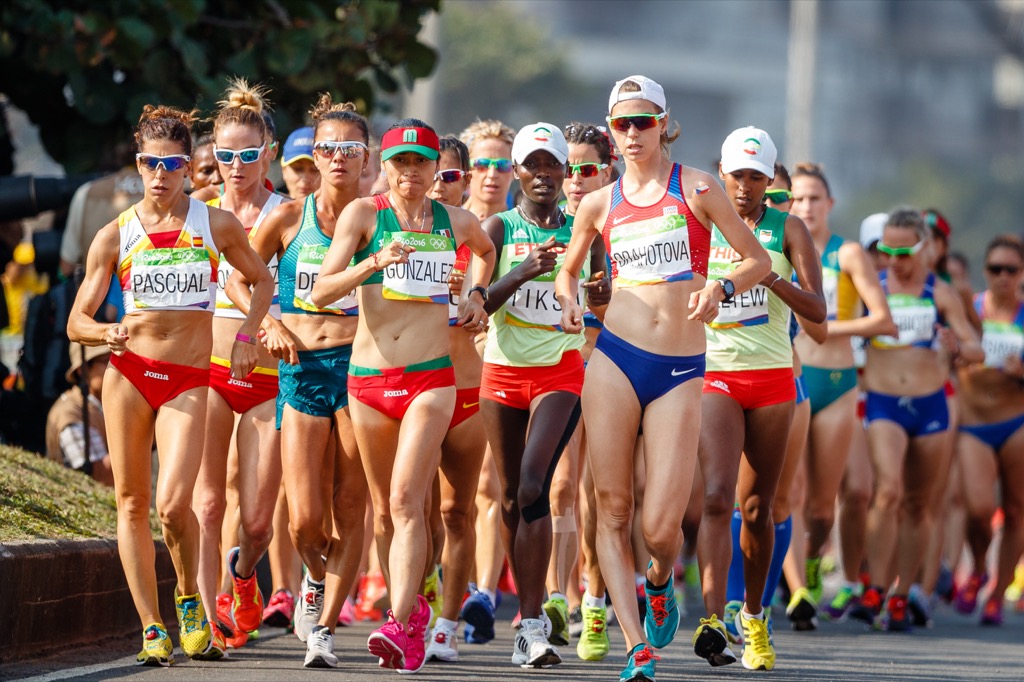 Yes, yes, we know it's a real sport, but we can't help ourselves. It just looks like somebody trying to get to a bathroom before their bladder explodes. 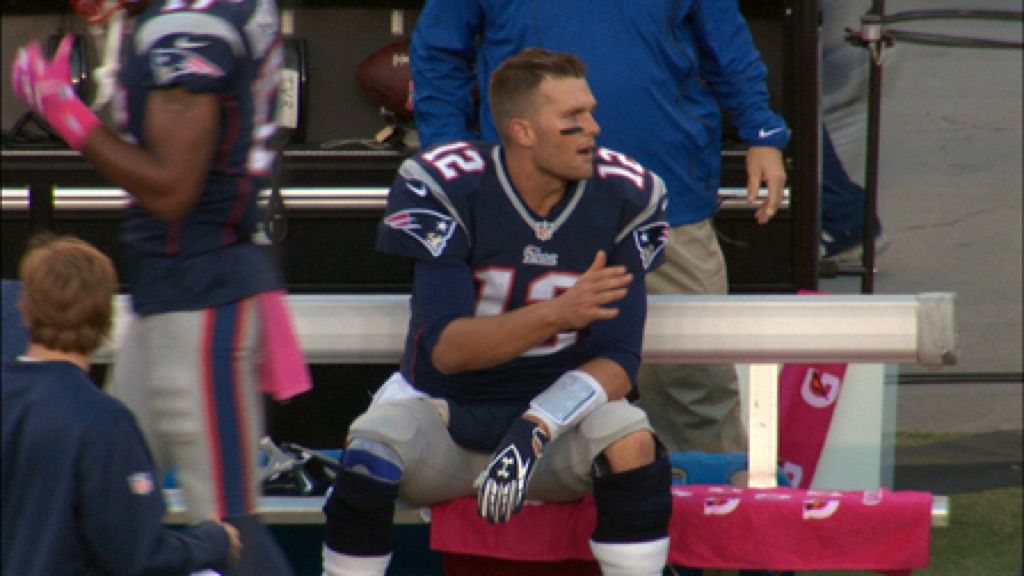 The glorious tension as an open palm hangs in the air, waiting for a high five, and then the slow, awkward lowering of their arm when they realize there will be no high five today. It's priceless!

7
Cakes That Are Not Nice 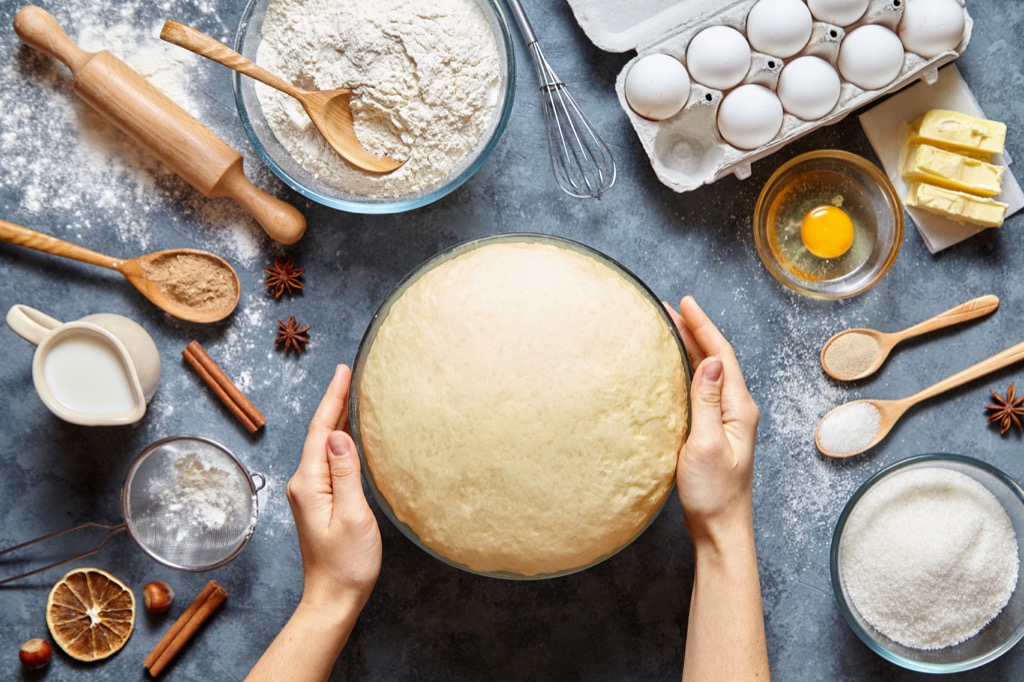 It never gets old to see someone take their animosity to all-new levels. And for more silly fun, here are the 50 Pick-Up Lines So Bad They Just Might Work.

To this day, there is still no better way to kill 1.5 seconds than a good silly meme. And for more on memes, here are the 15 Ones That Perfectly Captured Last Year.

What is it about being in a public bathroom stall that turns everybody into Mark Twain? We never tire of graffiti like "Say perhaps to drugs" and "I love your crocs, said Nobody."

In any context—sexual, culinary, canine—wiener is just a funny thing to say. Try it. Say to a room full of people: "Anybody want some weiners for lunch?" There won't be a dry eye in the house. You'll confirm that we're all twelve years-old at heart. 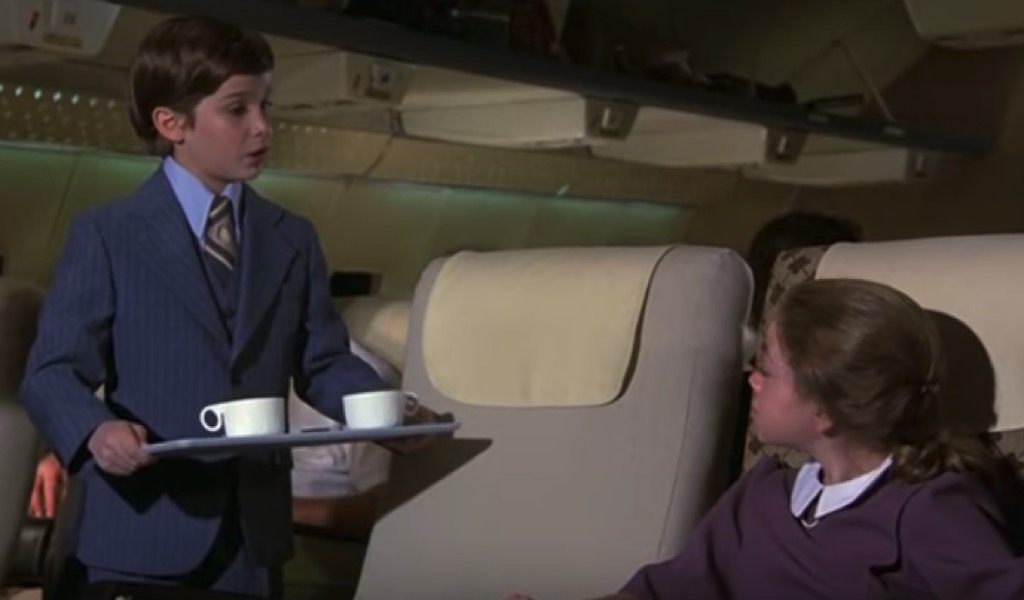 If it's our own kids, it's not funny at all. But other people's kids dropping big words, or using words they clearly learned from their parents, it's the funniest thing you'll see all day. So nobody finds him funny and yet he has hit TV shows in reruns and prime time, and all of his comedy movies are blockbusters? Suuuuuure you hate him. I don't know about you, but I could waste hours looking at Kookslams, an Instagram account filled with videos of people trying something simple and failing spectacularly. It's so wrong, and so very, very funny.

15
Anyone Doing Something When They Think They're Alone

Whether it's singing in the shower or talking to their pet, walking with a John Travolta strut or yelling at a door that won't open the right way, when people think they're alone, they can behave in deliciously awkward and silly ways. And for more guffaws, learn the 50 Puns So Groan-Worthy They're Actually Funny.