Meet the Former Model Who Wants to Save Your Dog's Life

Like a lot of great ideas, Agota Jakutyte's started out with an existential crisis. The 23-year-old beauty had grown up wanting to become a model, mostly because her native country, Lithuania, puts a great amount of value into a woman's looks. But once she started becoming successful in modeling, she was put off by the industry's superficial and egocentric emphasis on other people's opinions of you, so she sought fulfillment elsewhere.

Wanting to help people, she decided to go to law school, but quit, she says, when she saw how inhuman and money-oriented the profession seemed to be. An extremely smart young woman, she penned an essay about damage compensation for Lithuanians who lived during the Soviet Union, which caught the eye of a local MP, who then invited her to work in Parliament.

For a while, she thought politics would be her route to achieve self-actualization. But then she got fed up with the bureaucracy and moved back home.

Desperate for meaning, she turned to yoga, therapy, and meditation, but nothing helped. One of the major characteristics that separates Millennials from Baby Boomers is the former's reluctancy to walk down a certain life path just because that's what society decrees or "that's what people do."ae0fcc31ae342fd3a1346ebb1f342fcb

For her parent's generation, being a model/MP at such a young age would have been a source of pride and a clear sign of success. But, today's generation is determined to lead an original, examined life, one that is tailor-fit to their unique personality, and one that makes as much of a statement as their ethically-sourced, personalized clothing. 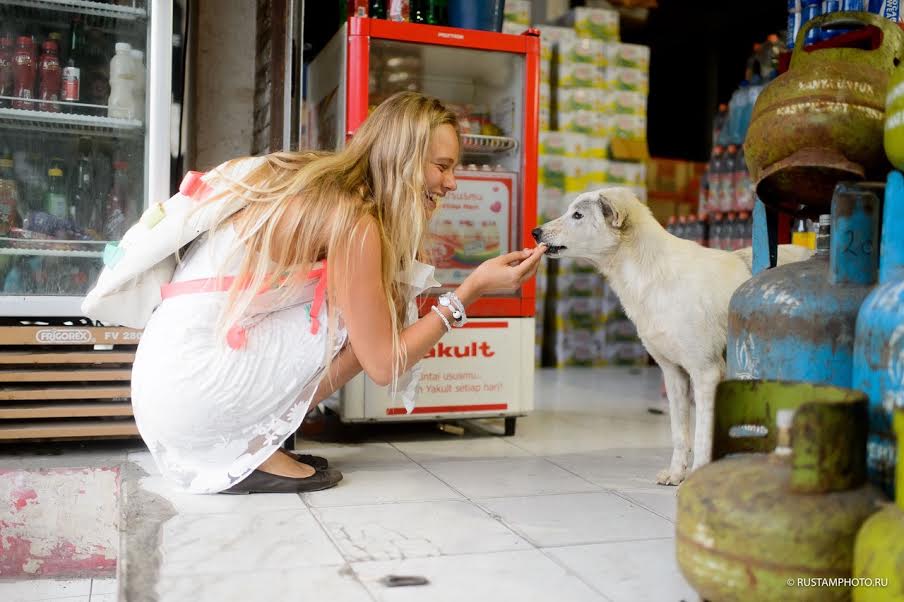 So Agota began to read books about how to be happy until she finally came upon a simple idea that resonated with her: to be truly content, do something nice for someone every day. Agota has always been a dog lover, so she decided to travel around the world helping dogs in countries that didn't have the infrastructure to deal with all of their strays.

It was a journey that led her to Bali, where she was part of a rescue mission that rounded up stray dogs and took them to villages where they urged residents to adopt them; to India, where she volunteered at a monkey shelter and took them on walks, played with them in pools, and fed them flowers; to shelters in Indonesia, Hong Kong, U.K., Spain, Germany, Amsterdam, the United Arab Emirates, and more. 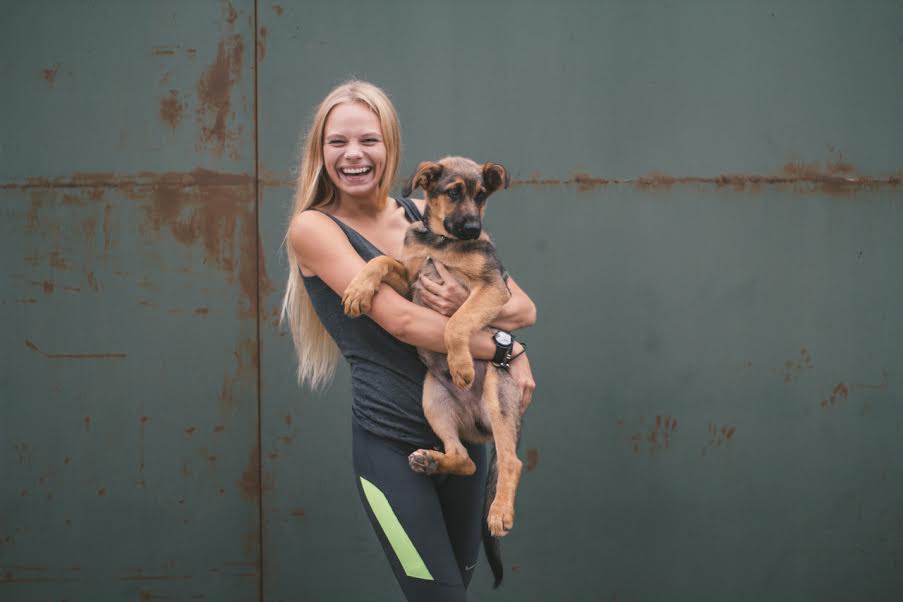 But Agota didn't want to just contribute and follow; she wanted to create and lead.

One night, she decided to try using dog shampoo, and realized that it contains loads of toxins. And she thought, "If you love your dog, why should the two of you have different products?"

Back home in Lithuania, she called up a manufacturer of glass cleaners, told them what kind of organic products she's looking for, and asked them to make it. By September 2016, she was making a whole range of hygiene products, along with snacks, under the company name SHOO.

The name of the company is a double entendre, standing for the word that people use when they want to get rid of stray dogs, as well as "shoo-shoo," which is what you call little puppies in French. 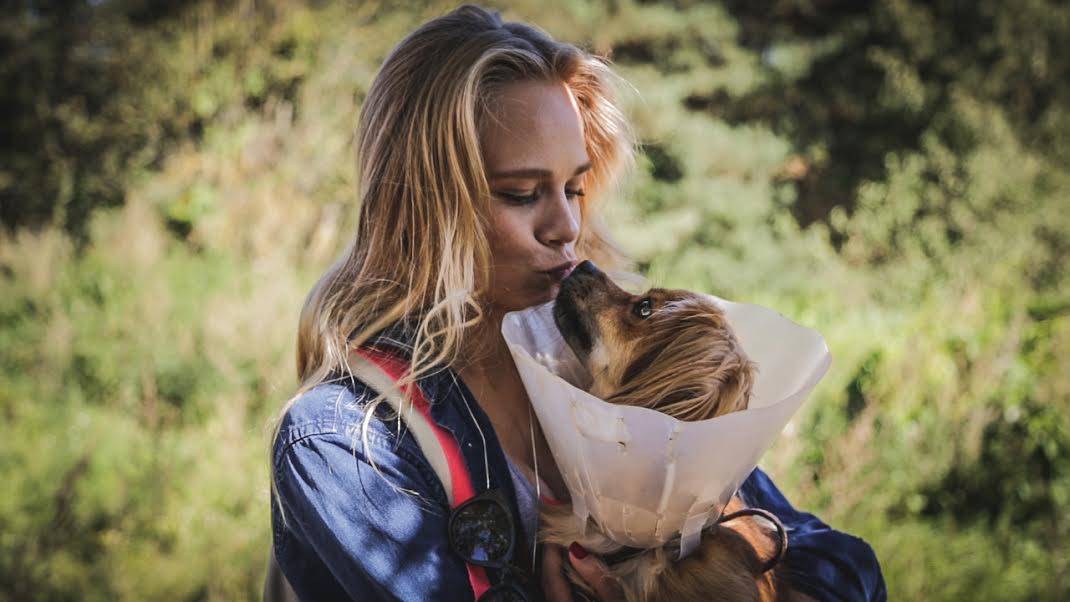 Agota began doing some research on canine nutrition and found some shocking results. She discovered that the average dog's lifespan has shrunk by almost half since the 1970s. Back then, the average lifespan was 17; now it's less than 10. She also found that diabetes in dogs has risen over 900% since 2011, and cancer is the leading cause of death in 47% of dogs. As with humans, the leading culprit is bad nutrition.

"The world by it self is a much more polluted, toxic place then ever before. On top of that, our pets are over-vaccinated, and their food is filled with carcinogens and chemicals," Agota told Best Life. "And if we look at the tumor as a thing we need to fight we always gonna loose, because we actually need to look at the tumor as a response to something that's going on!"

Agota's solution was the same one that is touted by so many nutritionists today: a ketogenic diet. The Keto Diet, as its disciples call it, is a low-carb diet in which the body produces ketones in the liver to be used as energy. The effect is that it engenders weight loss because your insulin (which stores your fat) drops significantly, lowers your blood sugar levels, improves your skin, and increase your energy levels by giving your body a healthy and reliable energy source.

For Agota, the magic of a ketogenic diet was evident to her firsthand.

"I have endometriosis which brings a lot of pain each month, but when I got on a keto diet, it all disappeared. I do not feel any pain, discomfort, I have plenty of energy and I feel genuine happiness, even though just a few years ago I was fighting depression." she said.

Unsurprisingly, the miracles of keto were evident on her dogs right away.

"My 11-year-old pug, Ferdinando, who suffers from a spinal disorder called, Syringomyelia, was given a death sentence by the vet after the drugs they prescribed had no effect," she said. "After many hours spend on Skype calls and meetings with world's top pet nutritionists, I decided to make ketogenic food for dogs as well. I know that the food I created works because my Ferdinando now runs and farts as a young boy and my other dog healed her skin problems." 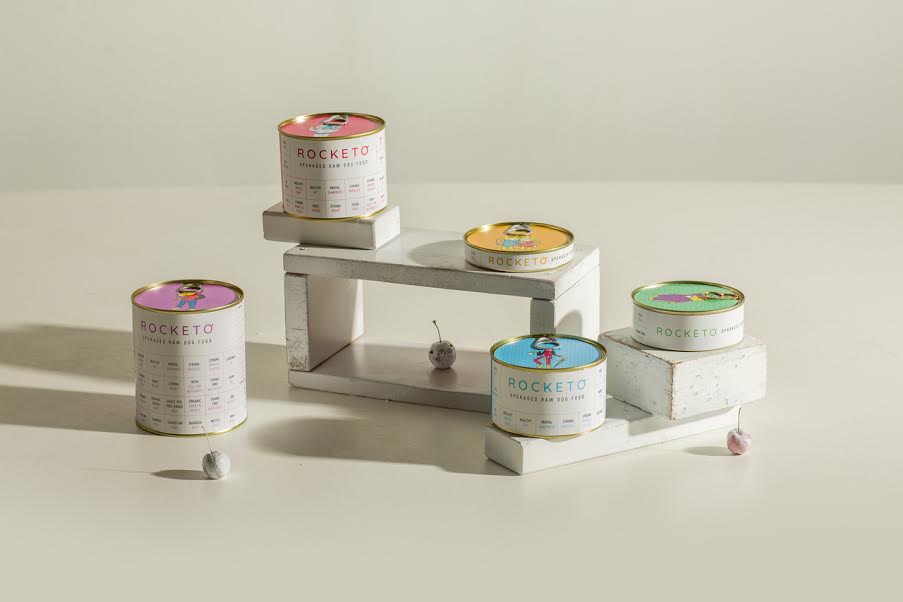 Only a little over a year old, SHOO is already a thriving company, with products sold in the UK, the U.S., Hong Kong, Australia, and all over Europe. In addition to her all-natural shampoo, she has a myriad of vegan, toxin-free treats and toys, like Beet & Energy Chips and a Natural Hazelnut Tree Stick.

She became a bit of an Internet sensation after she created caffeine-free, coffee-free "coffee" for dogs, and gave it the somewhat unfortunate name, "Rooffee."

"Unfortunately, I hadn't Googled it well," she said, adding that she plans to change the name of the drink, which contains dandelion, hawthorn, chicory, carrots burdock and fulvic acid. At present, it's still awaiting funding on Kickstarter, but the photos are adorable. 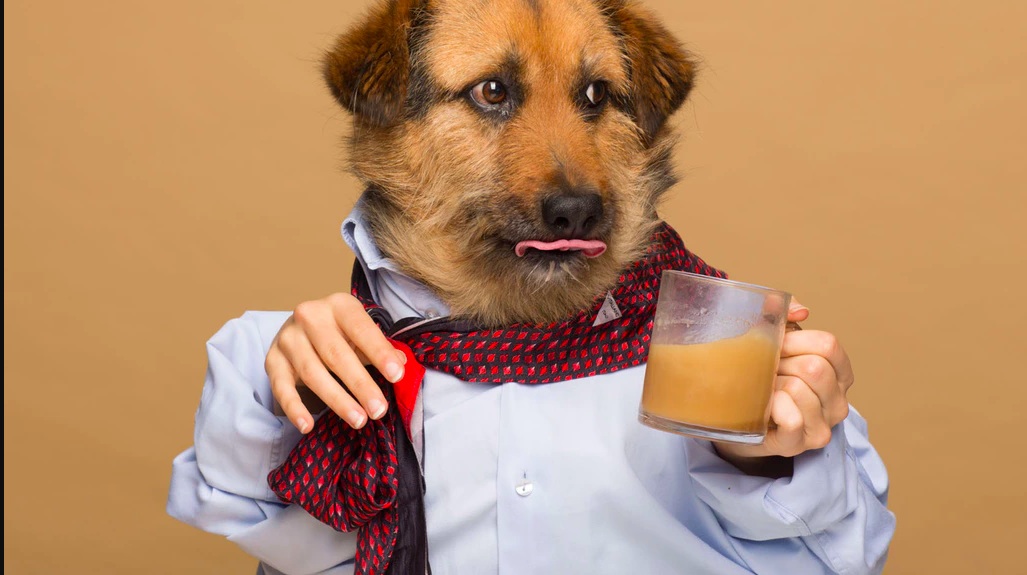 Her real passion project is her line of ketogenic food for dogs, which she launched earlier this month under the name Rocketo (named as such because she half-jokingly says she hopes Elon Musk uses it when he starts sending dogs to Mars). 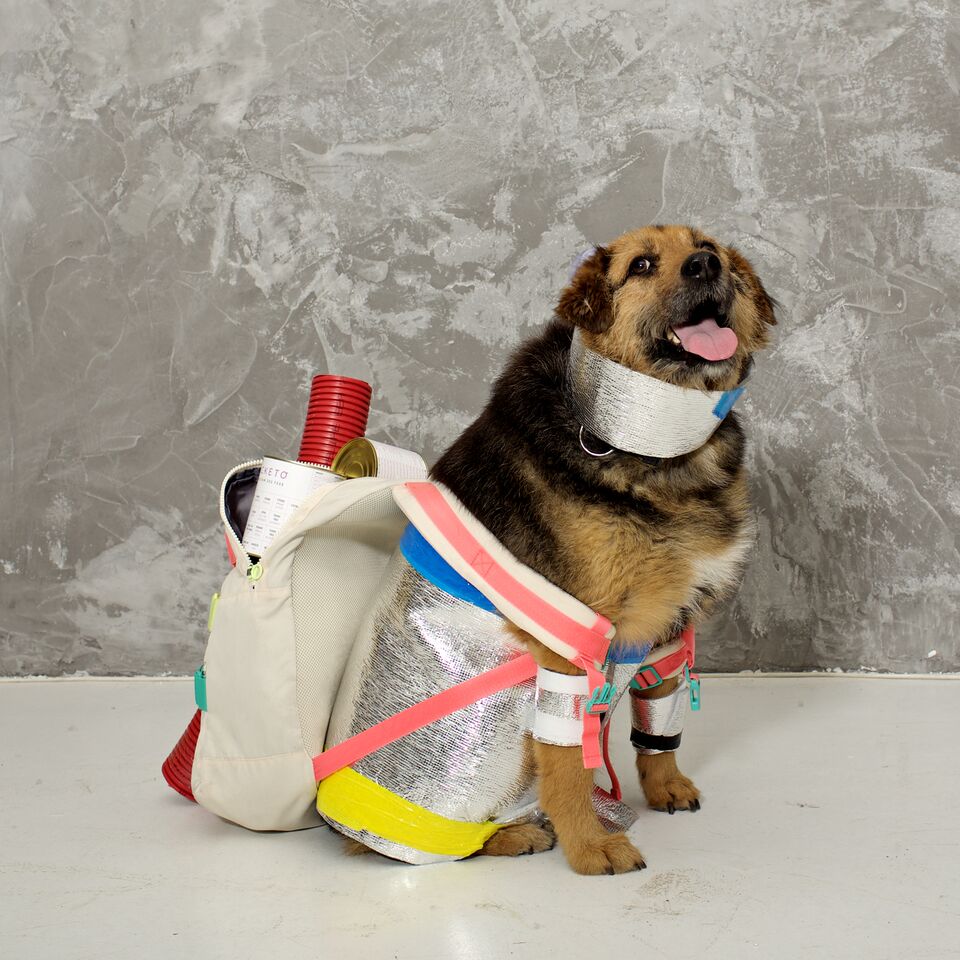 But for Agota, her primary concern is to be an educator and healer, not a businesswoman, which is why she plans to launch a channel where she'll share short videos on nutritional health.

If the price tag on her all-natural food seems too steep, Agota urges owners to at least try to minimize the carb intake of their favorite canines.

"For those who think that ketogenic diet is nonsense, we encourage to even minimize carbohydrate level for your pets (dog's ancestors ate around 4% or carbs and in usual/premium kibble food percentage of carbs are about 60%) and mammals, including pets and people, have no ability to deal with constant, excess starch and sugar because it confuses our metabolic physiology."

And for other people who want to quit their job to do something unique and meaningful with their lives, she has a very simple piece of advice:

"Just do. There won't be a better time than now. Many people are waiting for better circumstances, miracles… But it won't gonna happen. So create that spiritual miracle now."

Diana Bruk
Diana is a senior editor who writes about sex and relationships, modern dating trends, and health and wellness. Read more
Filed Under
Animals • Entertainment • Pets
Read This Next
Latest News
Read This Next