2012 may have come and gone, but these photos prove the end times aren't far away.

Homo sapiens have been roaming the earth for around 300,000 years, but few assume we'll be puttering around this planet for another 300 millennia. However, it's not just the rapidly melting polar ice caps, beached whales with bellies full of plastic bags, and our inexplicable attraction to fireworks that are cause for concern. Considering our penchant for outlandish, dumb, and downright dangerous behavior, it's only natural to wonder how much longer we've got left.

With that in mind, we've compiled 25 images that will you have seriously questioning our species' evolutionary fitness. From rash decisions and dumb designs to downright abominations of taste, we've collected the very best of the very worst. So enjoy—just don't get any ideas. And for more images that are sure to crack you up, check these 50 Funny Kid Photos That Will Make You Laugh Out Loud.

Bowling with your parents can be such a drag. You know what's way better? Pretending to bowl next to your parents while they do the real thing—at least according to this kid. And for those trying to break free from their own digital distractions, check out these 11 Easy Ways to Conquer Your Smartphone Addiction.

Somebody was a little confused when their boss told them they'd be communicating via Hotmail. On the bright side, their microwave pizza has never tasted more like delivery.

We've found cave paintings. We've found Roman pottery. And future generations will get to find our own contributions to the art world, like this haphazardly-assembled headgear made out of cheap flooring.

With hand hygiene being one of the few things keeping the plague from coming back, we hope that the users of this bathroom aren't as lazy as the person who loaded the soap dispenser. In that person's defense, however, at least it wasn't the toilet paper.

Things you generally want your tattoo studio to be: clean, sterile, and certainly not on wheels, poised to make a sudden stop at any moment. Apparently, this guy doesn't care if his latest ink looks more like a Rorschach test than the loving tribute to his mom he asked for. And for more unconventional inkings, check out The 30 Worst Celebrity Tattoos.

Thank goodness somebody finally took all of the fattening stuff out of water. We hear this one only has one half the hydrogen and Gwyneth Paltrow swears by it.

7
This terrible protection from the rain

Haven't these kids heard of this brand-new technology called umbrellas? No? I guess your computer will just have to do then.

One of the growing relationship trends that prove the future of mankind is doomed is the fact that people are holding "sologamy" wedding ceremonies in which they marry…themselves. Italian fitness instructor Laure Mesi, featured above, even spent more than $11,000 on a traditional wedding ceremony that included 70 guests.

It's awesome to recognize that you don't need a partner to be complete, but there's no need to don a wedding dress and make your loved ones take a day off to watch you walk down the aisle and make vows to yourself. Side note: if you marry yourself, and meet someone you want to marry, does that mean you need to divorce…yourself? For better ways to embrace singledom, check out 12 Genius Ways to Happily Fly Solo As a Single Person.

9
Taking photos of food instead of eating it

The obsession with getting Insta-worthy photos of food has become so intense that some restaurants have actually introduced the "optimal lighting" for getting the best photos of food, which, for the record, is supposed to be eaten. In addition, there's a whole trend of men learning how to be the ideal "Instagram husband," aka climbing into trees in order to get the perfect social media shot for their wives. Sometimes it can be kind of romantic to see the lengths that people will go to get their partner's the ideal photo, but it's also super vain.

Yes, some things should go without saying.

11
This thing on four wheels.

Most of us recognize that inside the car is generally considered the safest seat in the house. And while this contraption looks potentially deadly to the untrained eye, for all we know, it's Tesla's latest prototype.

12
This scooter on the highway.

With gas prices sky high, it's easy to become fixated on your vehicle's miles per gallon rating. However, it's important to remember that when choosing a mode of highway transportation, fuel efficiency isn't the only thing. Doors, for example, are often a good idea.

There are few things as satisfying as enjoying a meal hot off the grill. Well, except for the joy of not having to live the rest of your life with a burned-down car and a near-fatal case of carbon monoxide poisoning, that is.

In a world where self-driving cars are a reality, you'd think that precariously perching over a staircase with no spotter would no longer be the only way to touch up that spot on the ceiling. Of course, most of us have heard of paint rollers by now.

15
The obsession with filters.

Seriously, though, what will your grandchildren think?!

Adapters are for the weak. If your plug doesn't fit in the outlet, you make the outlet fit the plug instead.

While it may seem like a waste of time and money to have an attendant pump your gas for you, people like this less-than-adept driver prove that they do serve an important purpose, after all.

It's no big secret that the seats on a subway platform are filthy, few, and far between. However, we're pretty sure that even an inconvenient spot on the steps is a better option than waiting for the train to cut you off at the kneecap.

Sure, matches and lighters work just fine for light up a Cuban, but why do that when you can risk losing your eyebrows and hair instead?

20
This door to nowhere.

The good news? You'll never have to worry about burglars. The bad news? Getting the mail is suddenly a do-or-die mission.

Considering that they're usually administered by technicians or doctors, it's hard to claim that an ultrasound photo is a selfie in any traditional sense of the word. Harder yet, however, is imagining the Instagram-happy parents who decorate a baby's nursery with one of these.

Taking the perfect selfie isn't easy. Neither is forcing your family to bury you before your 30th birthday, but clearly the former trumps the latter for this ambitious photo subject.

There are plenty of things in this world that look good enough to eat. Unless you're eager to sneeze soap for the rest of the week, however, it's probably not wise to actually ingest your bath bomb, no matter how much it looks like a chocolate-frosted cupcake. 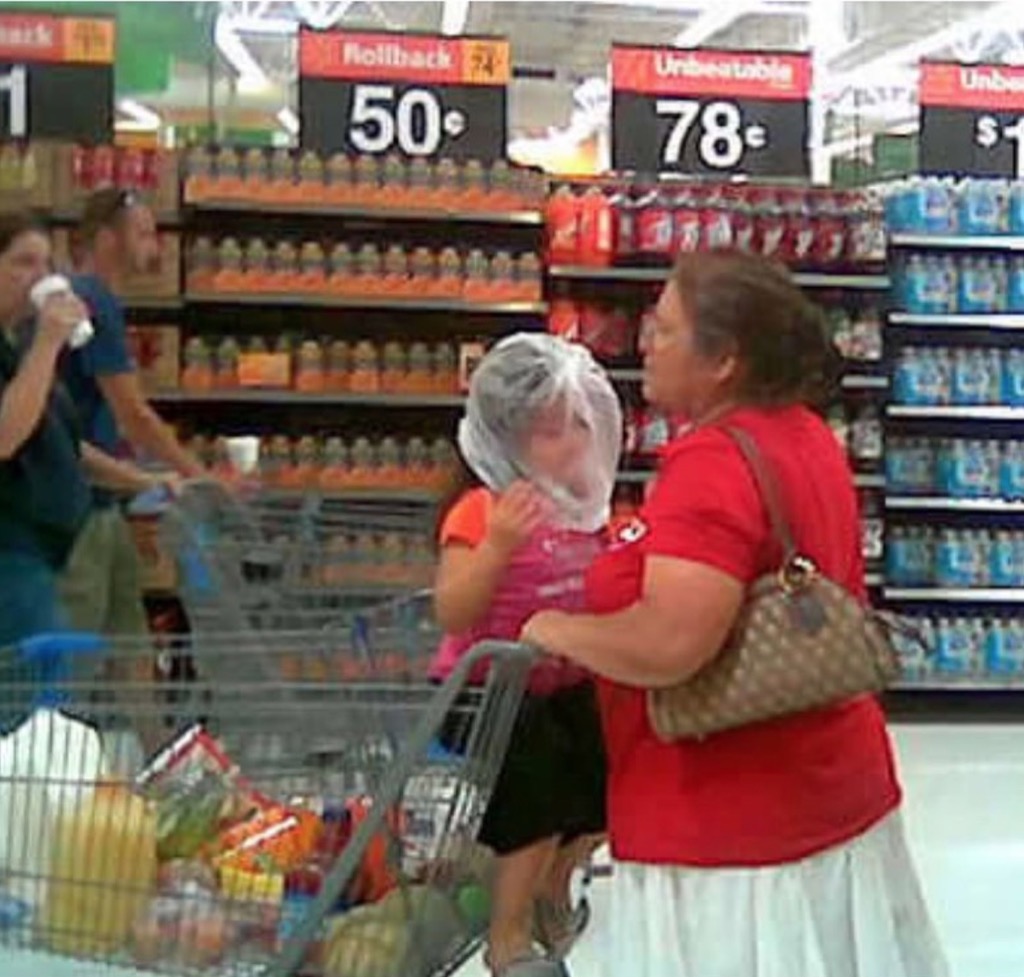 Kids can turn virtually anything into a toy. Of course, some would argue that it's a parent's job to make sure those creative impulses are kept on the right side of fatal.

The great thing about fast food restaurants is their unwavering dedication to allow patrons to customize their food to their liking. You want eight slices of cheese? You got it. You want a bun covered in pickles? Sure thing. You want to eat the paper your sandwich came in? Well, there's no accounting for taste.

Sarah Crow
Sarah Crow is a senior editor at Eat This, Not That!, where she focuses on celebrity news and health coverage. Read more
Filed Under
Funny • Humor
Read This Next
Latest News
Read This Next