75 Dark Jokes for Those Who Need a Twisted Laugh

"My parents raised me as an only child, which really annoyed my younger brother."

Did that joke make you grimace or recoil in horror? Or did you laugh out loud even though you know you probably shouldn't have? If so, then it was probably a horrific joke that some would categorize as "dark humor"—and it's not for everyone, obviously. But if twisted and macabre dark jokes make you giggle, it could be a sign that you're smarter than the average person.

It's true, and it's been proven by science. A 2017 study by Austrian neurologists published in Cognitive Processing found that people who appreciate dark jokes, which they define as "humor that treats sinister subjects like death, disease, deformity, handicap, or warfare with bitter amusement," may actually have higher IQs than those who don't. What's more, they're less negative and aggressive than people who strictly prefer G-rated family-friendly jokes. Why? Because if you can see the humor in even the bleakest parts of life, and you can laugh at truly dark jokes, you're less likely to take the world too seriously.

Want to find out if you're also a happy-go-lucky genius? Take a look at these 75 hilarious dark jokes, and if you catch yourself guffawing despite the gruesome subject matter, you may just be the kindest, most intelligent person you know. 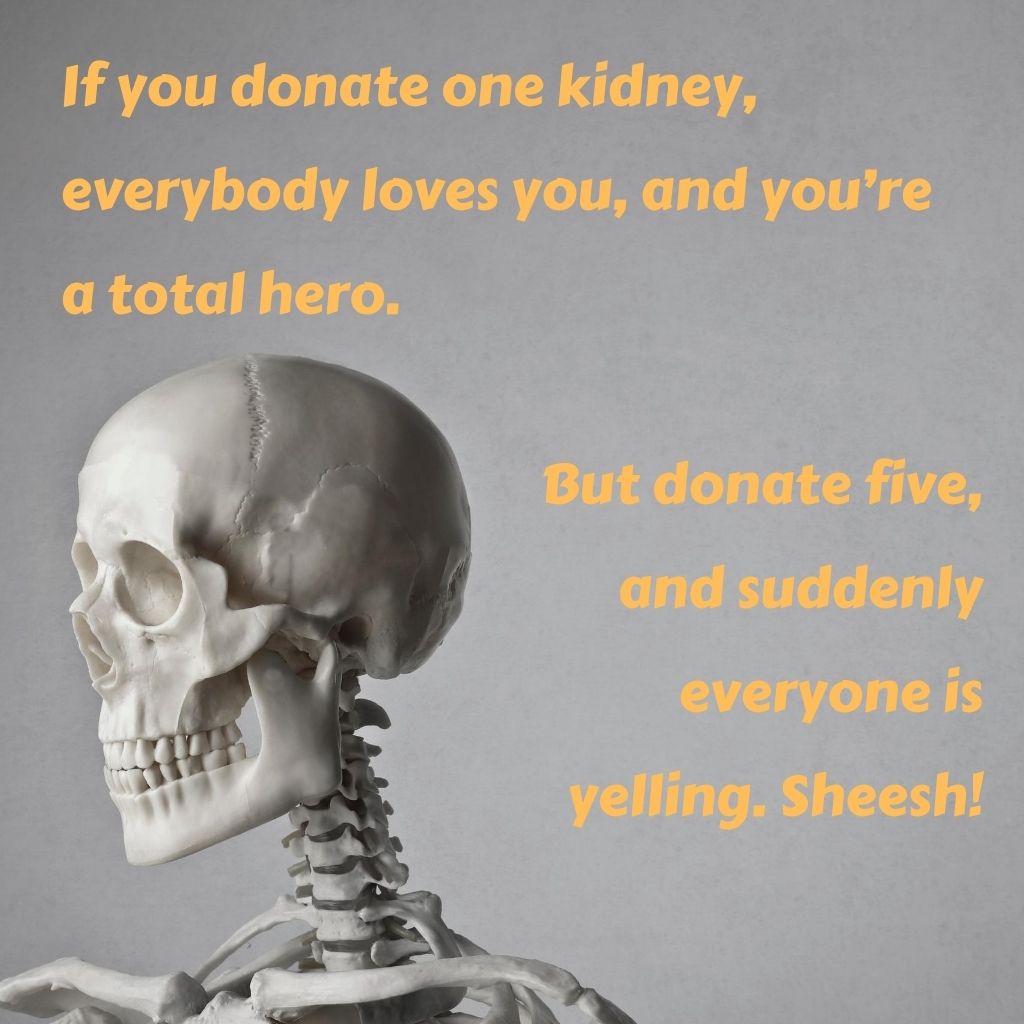