Here's Where Meghan and Harry Will Probably Honeymoon

One thing's for sure: It will be an extravagant escapade.

While Prince Harry and Meghan Markle have been forthcoming on details about the where and when of their May wedding (although we are still waiting with bated breath on news of the guest list), they're keeping their honeymoon plans under wraps.

The intensely private couple share a love of travel and did manage to sneak away for New Year's Eve getaway—flying economy class on British Airways to Nice. According to the Daily Mail, Harry and Meghan took up three rows on both sides of the aisle in the back of the plane near the bathroom and were accompanied by three "edgy and nervous" bodyguards.

No doubt the honeymoon will be a stealth operation (and likely far more luxurious) to allow the newly married couple time alone before immersing themselves in the responsibilities of royal life.

It's unlikely we'll find out where Harry and Meghan will honeymoon until they're safely tucked away in their love nest, but given that Harry is such a romantic and Meghan is a woman who knows what she likes, we're betting that wherever the couple chooses to go it will be somewhere that is rife with personal meaning. Here are the best bets. And for all the details about the wedding itself, check out the 10 Things We Know About Harry and Meghan's Wedding—From An Insider. 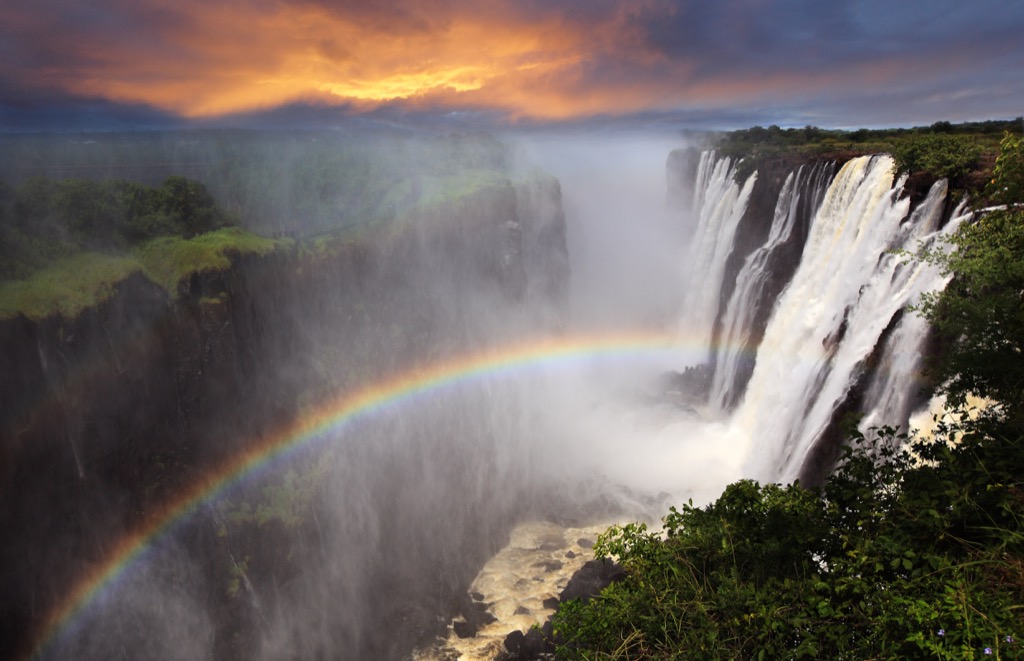 The continent holds a special place in the couple's history. There are several spots there that could lure them back for their honeymoon. Harry and Meghan spent three weeks last summer in idyllic Victoria Falls in Zambia, known as one of the seven natural wonders of the world. During their trip, they chose to go "fly camping" and stayed tents. This go-round, they could opt for a luxurious safari lodge

Harry sourced the main diamond of Meghan's engagement ring from Botswana. He considers Africa a refuge and sacred place that he has visited during critical times in his life. "I first came [to Africa] in 1997, straight after my mum died. My dad told my brother and me to pack our bags—we were going to Africa to get away from it all," he told Town & Country last year. It would seem perfect—and perfectly romantic—that he would want to start his married life with Meghan here.

The country played such a critical role in Harry and Meghan's relationship—they first met here on a blind date and first went public as a couple at the Invictus Games in Toronto last year. As part of the Commonwealth, it would also be a savvy choice that would surely charm British subjects. Quebec City would be a romantic choice and Vancouver Island's forests and breathtaking beaches seem like a great spot for the nature lovers.

Meghan, who grew up in California, has spoken glowingly about childhood vacations spent in Hawaii. If the couple wanted to make a stop in Los Angeles to meet some of Meghan's family before jetting off (although her half-sister Samantha's chances of a reconciliation grow slimmer every time she whines to a reporter or takes to Twitter to bash Harry), this could be a good choice. Harry would surely love its stunning beaches and relaxed vibe—and he might even manage be there the same time his good friend (and native son) Barack Obama is there for a visit. 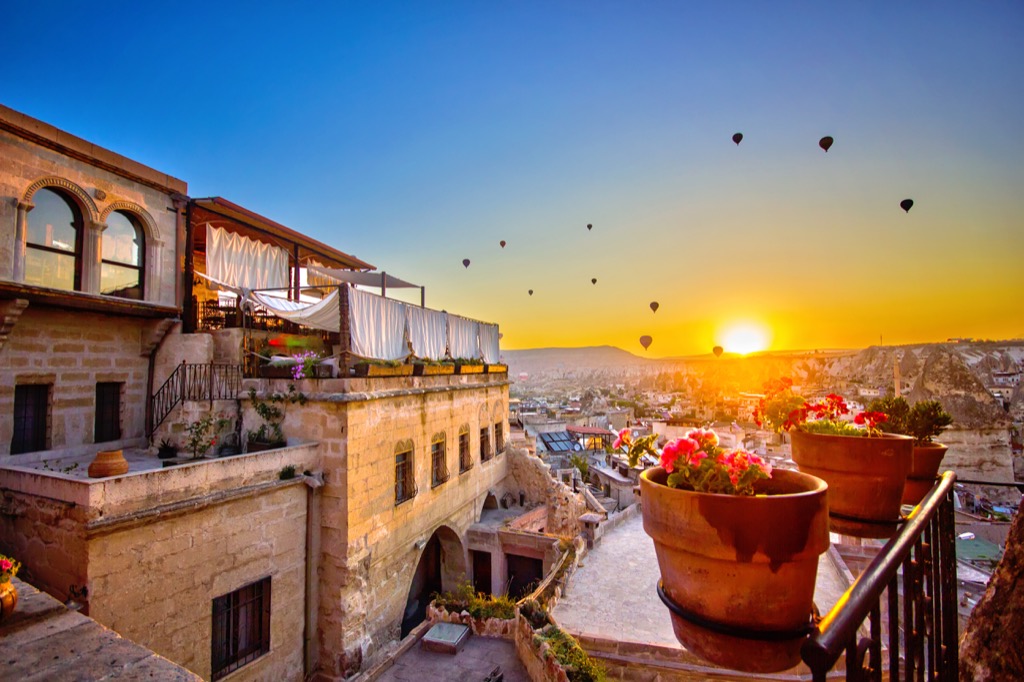 Meghan has posted about her love of the exotic locale on her former lifestyle blog, The Tig. One of her favorite places was Cappadocia, where she posted photos of herself sitting in the sun watching hot air balloons. If his ladylove wants to revisit the spot, Harry would not be able to refuse her.ae0fcc31ae342fd3a1346ebb1f342fcb

The couple would have their choice of luxe private accommodations in the Hamptons, Westchester horse country, or nearby Greenwich, Connecticut, where Harry has played polo. All of these spots are known for providing the utmost discretion and five star services for privacy-obsessed one percenters. Harry and Meghan both love New York City and could hole up in an estate in any one of these tony locales and venture out to the city, less than two hours away, if they wanted to. Just don't look for them at Trump Tower. And for more on the royal engagement, be sure to check out the 10 Things We Know About Meghan Markle's Wedding Dress.