20 Celebs Who Were Once Game Show Contestants

The Dating Game sure was a breeding ground for A-list talent.

Many of the celebrities of tomorrow could be hiding somewhere among the game show contestants of today. Yes, believe it or not, a large number of Hollywood's A-listers got their starts not on sitcoms or scripted reality series, but on popular game shows.

From six-foot-tall heartthrobs (Jon Hamm, Tom Selleck) to chart-topping musicians (Joey Fatone, Lady Gaga) to deep-V-necked game show hosts (Simon Cowell), the game shows of yore have proven a veritable breeding ground for A-list talent. In other words, if you're a casting director, get thee to a game show set, stat. Don't believe us? Here, you'll find 20 celebs who catapulted their careers off the backs of good-hearted competition. And for more wild Tinseltown trivia, check out these 20 Celeb Friendships You Never Could've Predicted.

1
Jon Hamm was on The Big Date.

Before we knew him as Don Draper, Jon Hamm was just another guy looking for his happily ever after. In 1995, the Mad Men star appeared on The Big Date—though he's hardly recognizable with his long hair and questionable clothing choices. During a visit to The Late Late Show with Craig Ferguson, Hamm shared a laugh about his prior game show appearance, saying: "I was all of 24 years old and making some questionable decisions in my life, as you could see."

2
Arnold Schwarzenegger was on The Dating Game.

Tinseltown is lacking in the love department, apparently. Though when Arnold Schwarzenegger appeared on The Dating Game in 1973, he was hardly the A-lister he is today, having only starred in Hercules in New York at the time. And for more fun Hollywood fun facts, don't miss the 30 Hilariously Bad Celebrity-Endorsed Products.

3
Vanna White was on The Price is Right. 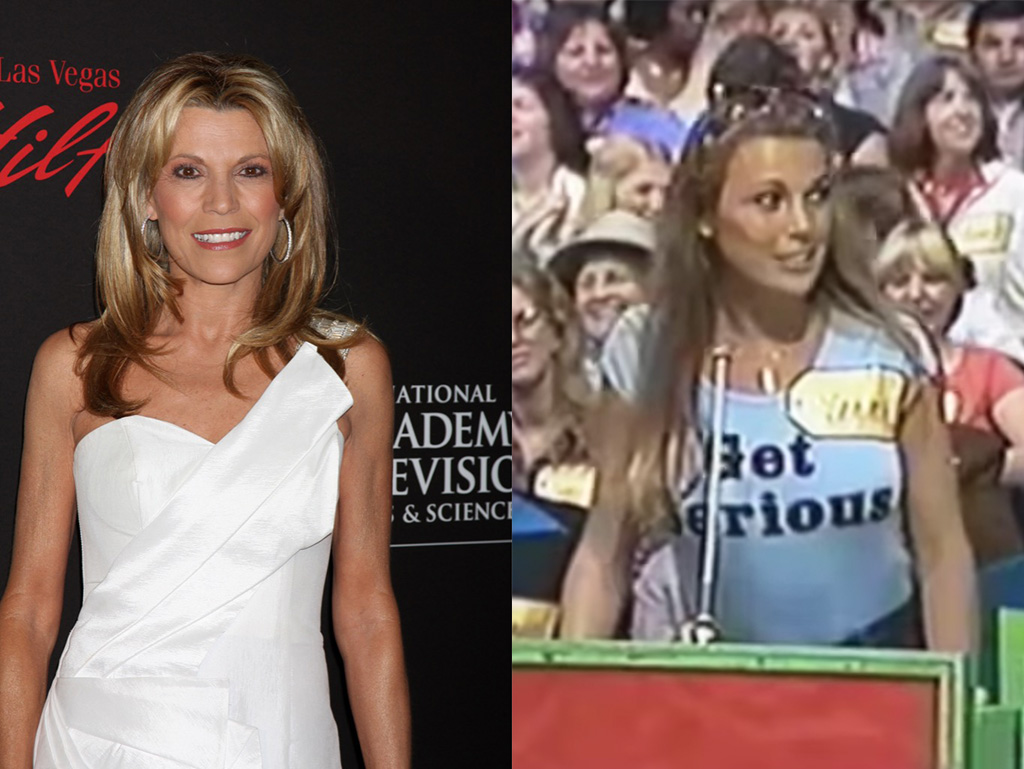 Today, Vanna White is best known as the well-dressed dame turning letters on Wheel of Fortune. But in 1980, the game show gal was better known as a young and eager contestant on The Price is Right. White even came prepared with a custom T-shirt, which host Bob Barker appreciated immensely.

4
Steve Martin was on The Gong Show. Rewatch old episodes of Chuck Barris' The Gong Show, and you might just come across an episode starring Steve Martin. Way back when, Martin served as a guest panelist on an episode of the show, and he even played the banjo under such pseudonyms as "The Mad Banjo" and the "Wild Stringed Instrumentalist." These days, Martin has embraced his inner musical talents, and has released a dozen studio albums—half of which charted at number one on the Billboard bluegrass charts. And if you think Martin's side gig is impressive, then you won't believe these 30 Celebrities With Amazing Hidden Talents.

5
Aaron Paul was on The Price is Right. Perhaps one of the most famous of all the celebrity game show contestants is Aaron Paul. If you're a fan of the Breaking Bad star, then you've likely watched his The Price is Right episode, in which he lights up the stage with his unadulterated enthusiasm.

6
Kirstie Alley was on Match Game. When Kirstie Alley appeared on The Match Game in 1979, she was just an everyday interior designer from Wichita, Kansas. Alley was such a natural on camera that she was even asked to come back for several more episodes—but that's hardly a surprise, given her profession now.

7
John Ritter was on The Dating Game.

At just 19 years old, the late Three's Company star wrote into The Dating Game describing himself as a drama major, a major baseball fan, and a (hopefully) soon-to-be millionaire. Evidently his letter was enough to score him a spot on the show. (We'd wager his at-the-time dashing looks didn't hurt, either.) 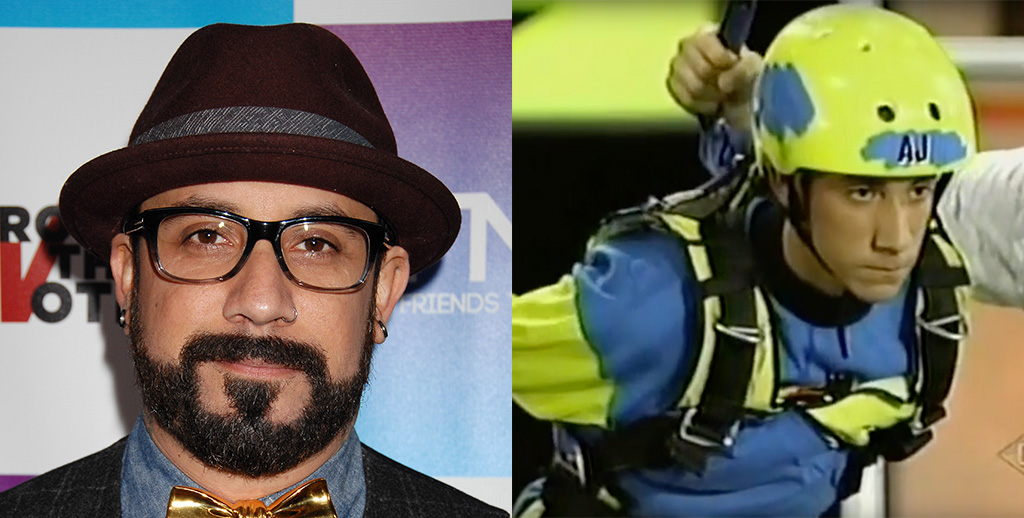 In 1992, young Backstreet Boy A.J. McLean appeared on the Nickelodeon show Guts, giving himself the nickname "Mean" McLean. In his biography, he described himself as a 14-year-old cartoonist and slam dunker who "[wanted] to patent a new basketball." While his inventor dreams never came true, he did end up becoming one-fifth of one of the most successful boy bands of all time, which isn't so bad.

9
Farrah Fawcett was on The Dating Game.

In the late 1960s, Farrah Fawcett starred as a young, blonde bachelorette on The Dating Game. Her and the man of her choosing got to enjoy a skiing vacation in Kitzbuhel, Austria. Lucky guy! And if you want to enjoy an activity-fueled vacation of your own, check out The 7 Best Luxury Fitness Vacations.

10
Lady Gaga was on Boiling Points.

Before she was topping the charts with hits like "Just Dance" and "The Edge of Glory," Lady Gaga—née Stefani Germanotta—was making cameos on MTV's Boiling Points. The 19-year-old made her debut on the show when she was served a salad covered in trash and threw a fit, as any rational person would.ae0fcc31ae342fd3a1346ebb1f342fcb

11
Hunter Hayes was on Figure It Out.

At just six years old, Hunter Hayes appeared on Nickelodeon's Figure It Out, where panelists had to guess the predetermined phrase that described each contestant's talent. Hayes' talent: Cajun singing and accordion playing. And that's hardly a far cry from his current job as a Grammy-nominated country artist.

12
Joey Fatone was on Nick Arcade.

What is it about famous boy band members and game shows? In 1997, N*SYNC member Joey Fatone competed on Nickelodeon Arcade, where he admitted to host Phil Moore that he enjoys singing in the shower. Unfortunately, Fatone lost for his team when he incorrectly identified Abe Lincoln as a Democrat, but at least all of his team members can now say that they once went on a game show with someone famous. And while you're making a trip down memory lane, don't miss The 30 Best Celebrity Style Evolutions.

13
Sally Fields was on The Dating Game.

Had you been watching The Dating Game back in 1967, you might have spotted a young Sally Fields as one of the contestants. As Fields recalled during an appearance on The Talk: "I refused to go on the date. It probably would have changed my life. Honestly, he was probably the one!" And for more about love in Hollywood, check out the 15 Most Lavish Celebrity Weddings of All Time.

14
Simon Cowell was on Sale of the Century. Before he was hosting game shows, he was starring in them. That's right: Once upon a time, Simon Cowell was a contestant on Sale of the Century. On the episode, Cowell was introduced as a record company producer from London who enjoys watching motor racing. The future American Idol judge went on to win the episode, and brought home with him… a set of kitchen utensils.

15
Cynthia Nixon was on To Tell The Truth. Technically you could call Cynthia Nixon a child star, given that the New York gubernatorial candidate appeared on To Tell The Truth at just nine years old. Her mom—who worked on the show—landed her a role as one of the imposters, and she had to convince the contestant that she was a professional horseback rider.

16
Tom Selleck was on The Dating Game.

Today, Thomas Magnum hardly needs help with the ladies—but way back when, the young Magnum P.I. wasn't such a chick magnet. Seeking out some help in the love department, the young, barefaced star appeared on The Dating Game twice in the 1960s. He struck out both times.

17
Linda Cardellini was on The Price is Right.

Mad Men stars Jon Hamm and Linda Cardellini have something in common: Both of them got their starts as contestants on game shows. Cardellini's game show of choice was The Price is Right, and unlike Hamm (who was turned down twice), Cardellini went home with a fireplace that she still has to this day.

18
Richard Dawson was on The Dating Game. He's hosted game shows, yes, but he's also appeared on them. In the late 1960s and 1970s, Richard Dawson made several appearances on The Dating Game, just before he became a staple of the game show circuit as host of Family Feud.

19
Brad Garrett was on Super Password and Hollywood Squares. 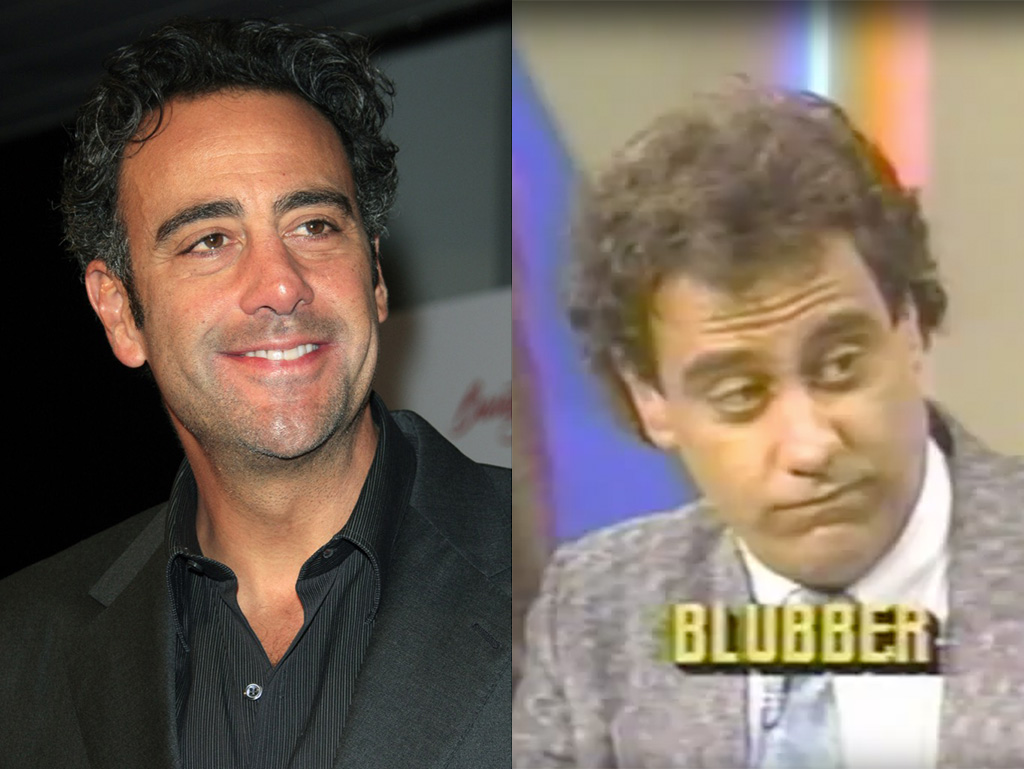 Brad Garrett has been on his fair share of game shows. Pull up an episode of Super Password, Hollywood Squares, or even Match Game, and you're likely to find the Everybody Loves Raymond star, both as a contestant and a panelist.

Most people remember Billy Crystal best as Harry Burns in When Harry Met Sally, but a select few might also remember the actor as a contestant on such shows as All Star Secrets and The $20,000 Pyramid. Crystal even holds the Pyramid record for shortest time to get to the top of the pyramid. It took him just 26 seconds! And for more random celebrity trivia, don't miss these 50 Crazy Celebrity Facts You Won't Believe Are True.