These makeovers deserve their own awards category.

While your favorite stars may have top-tier stylists and clothing companies eager to dress them for red carpet events today, for many celebs, finding a look that works isn't as easy as it looks. Luckily, these stars have put the Von Dutch hats and oversized belts to bed in favor of more streamlined and stylish looks. We've rounded up the 30 best celebrity style evolutions, from refinements of their existing looks to full-on makeovers you'll have to see to believe. And when you want to give the most important guy in your life a little boost in the style department, start with these 30 Timeless Style Upgrades Dad Will Love. 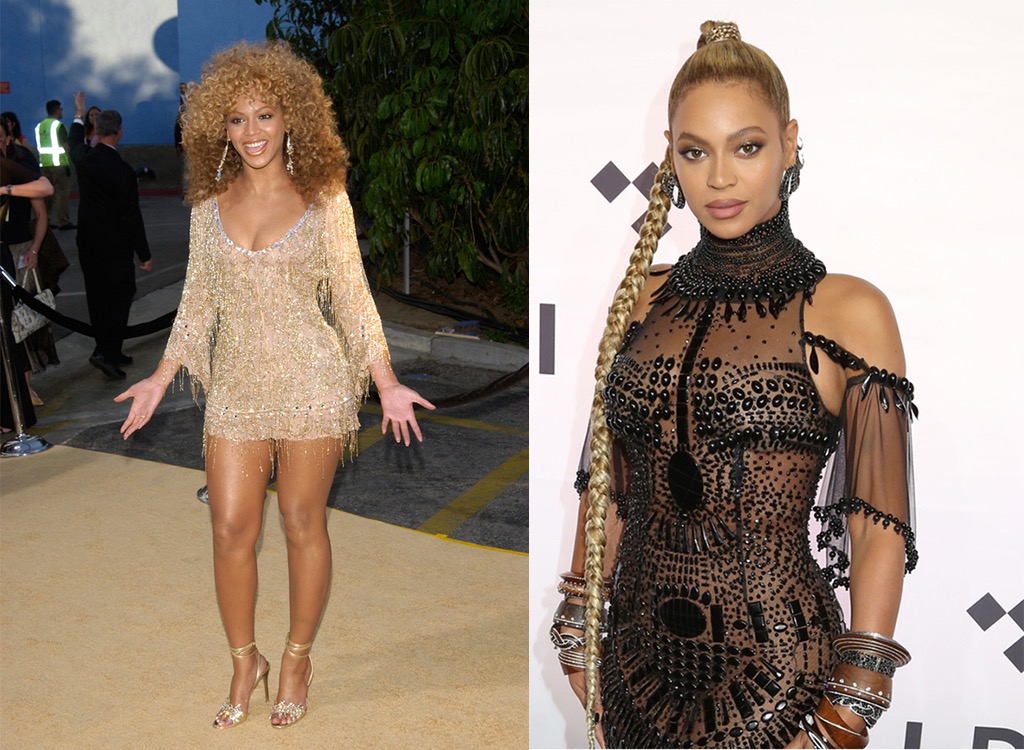 Beyoncé has come a long way, both musically and style-wise, since starting her career more than two decades ago. While the singer hasn't toned down her love for eye-catching fashion, she's replaced the mini-dresses, strappy heels, and over-the-top hair pieces with fashion-forward designer looks, like this chic beaded number she wore to the Tidal X: 1015 concert in Brooklyn. 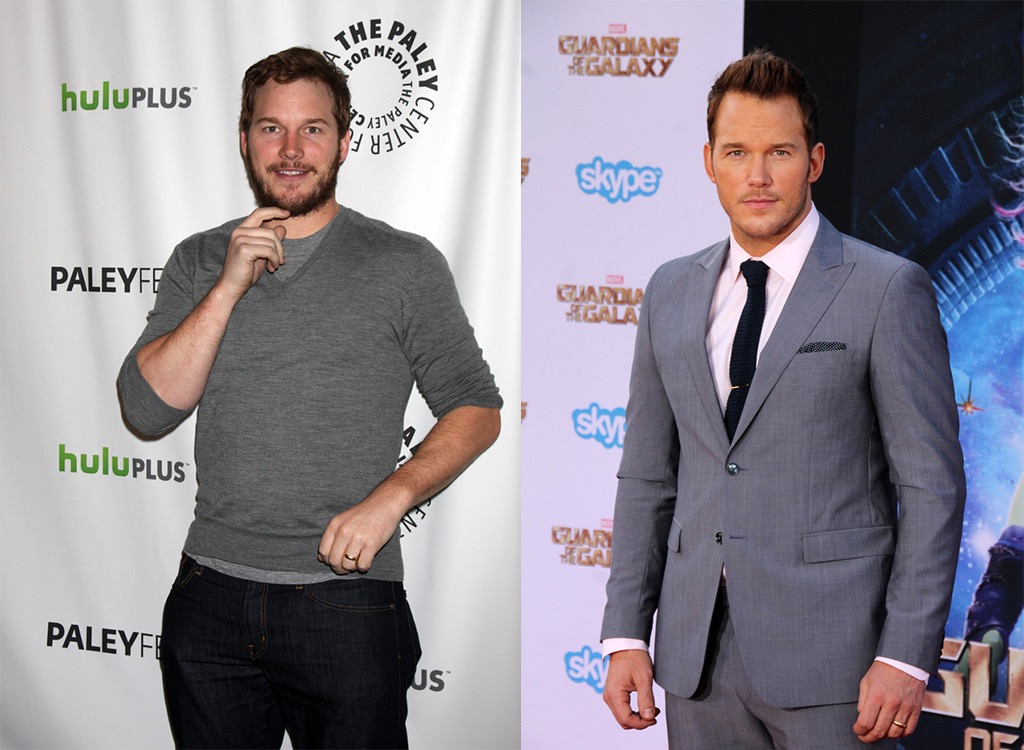 Avengers: Infinity War star Chris Pratt's serious slimdown is impressive enough as it is, but it's his style evolution that's truly cemented his A-list look. In recent years, Pratt has wisely shed his dressed-down look in favor of well-tailored suits and more manicured facial hair. And when you want to improve your wardrobe, get to know The 15 Luxury Designers Billionaires Have on Speed Dial. 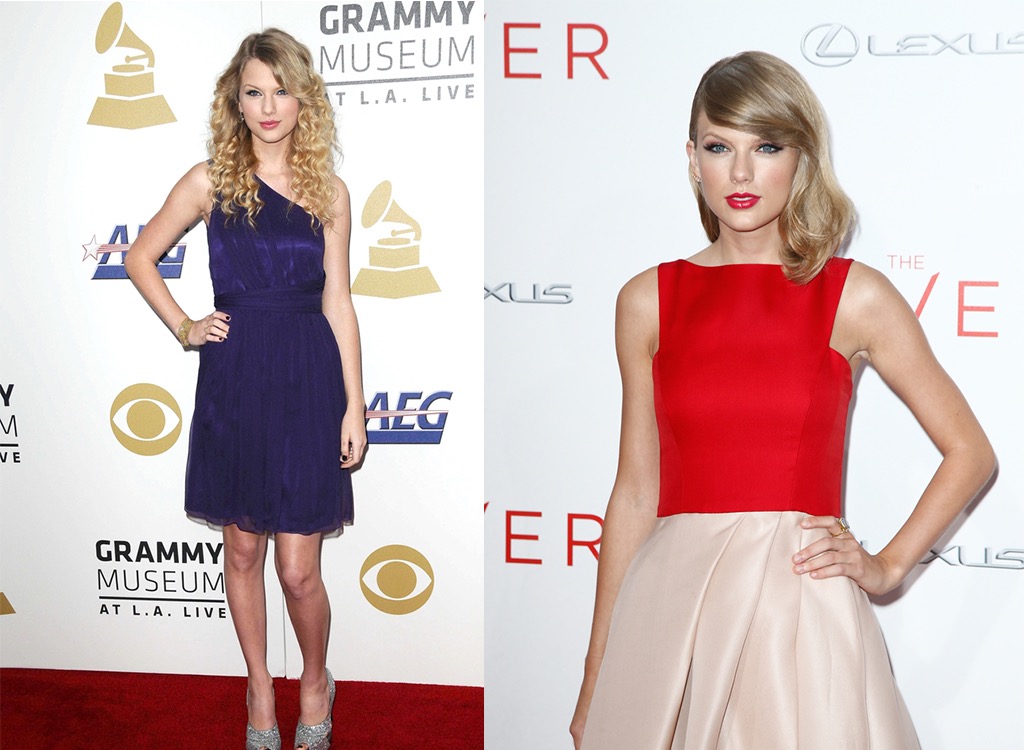 Taylor Swift has gone from country cutie to full-blown fashion icon seemingly overnight. While her curly locks and off-the-rack dresses may have suited her career in her teen years and early 20s, the chic lob, classic makeup look, and tailored designer pieces she wears today are more fitting for an A-lister of her caliber. 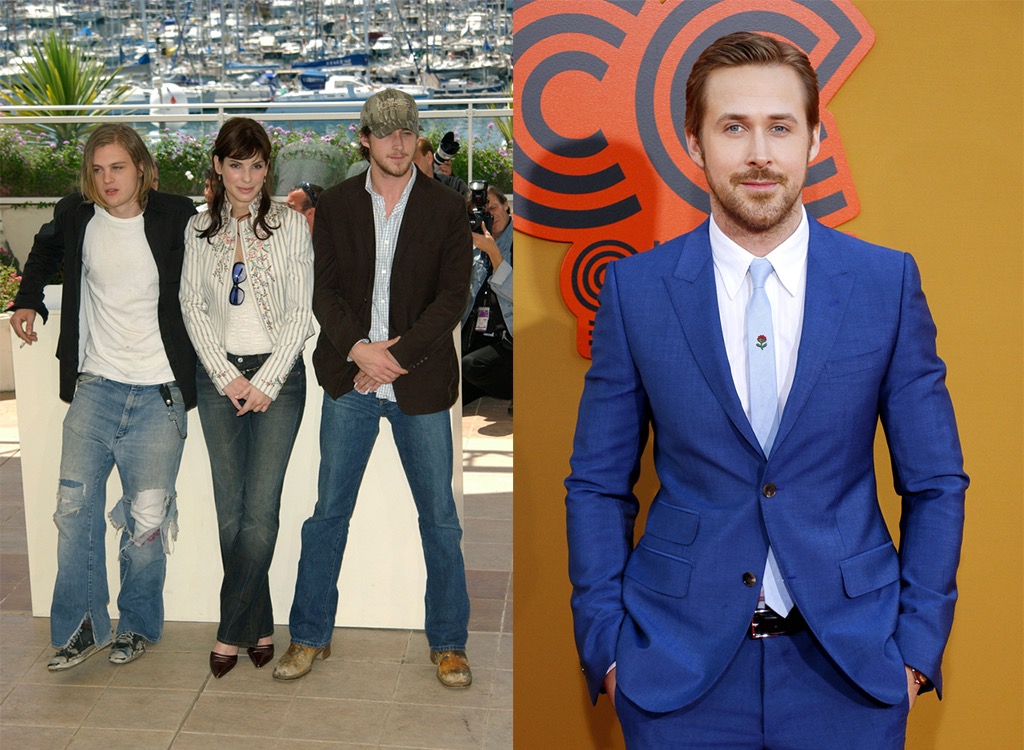 Ryan Gosling has done a complete style 180 since becoming a major player in Hollywood. Fortunately, this means he's ditched the boot-cut jeans, dinged-up boots, and trucker hats in favor of expertly-tailored suits that scream "star." And if you're ready for a style evolution of your own, start by discovering these 20 Secrets Your Tailor Won't Tell You. 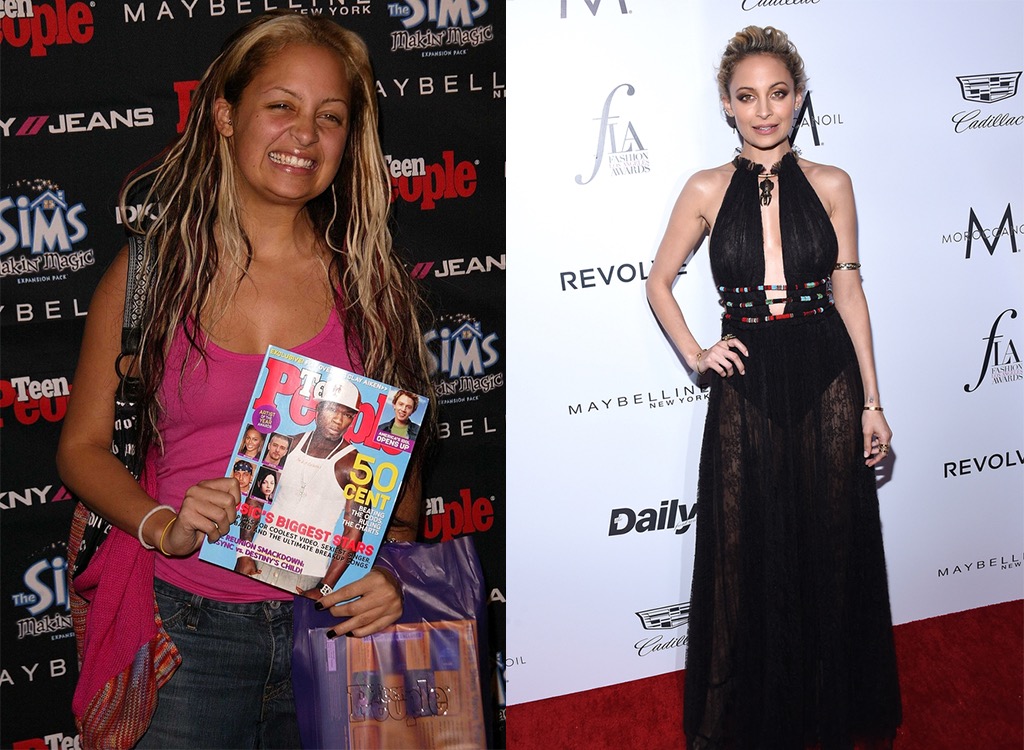 Nicole Richie—a former staple on worst dressed lists—has grown up in front of the camera, and that includes her style. She's ditched the skunky highlights and the overly-young mall-girl duds for refined, yet playful pieces, often from her own line, House of Harlow 1960. 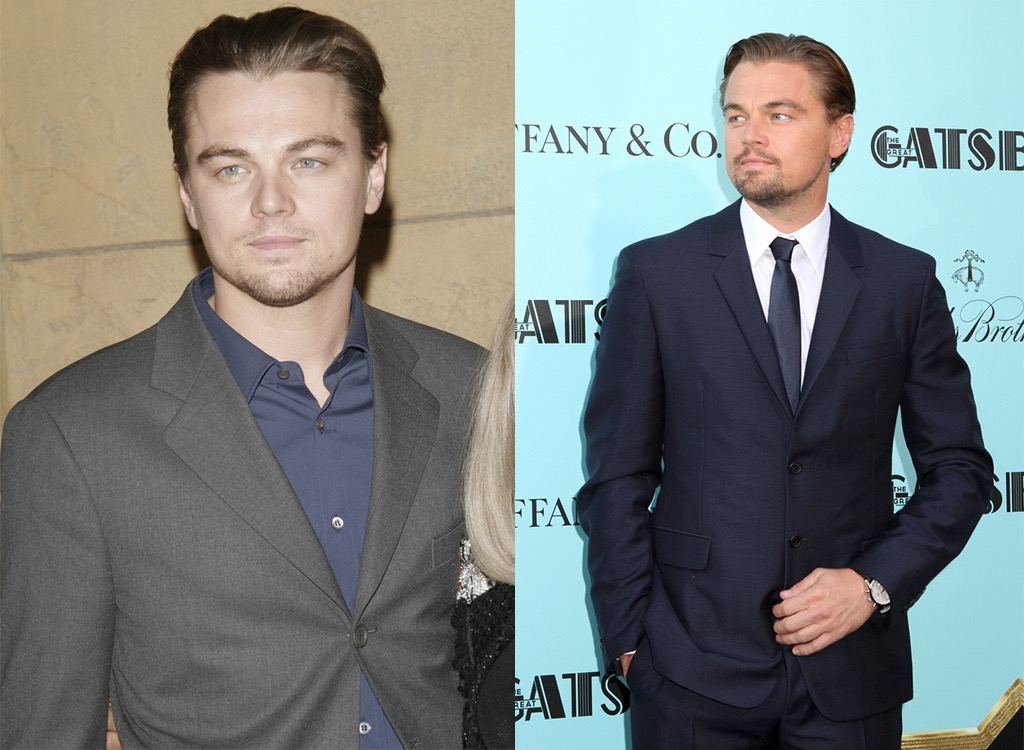 Leonardo DiCaprio's look has gone from boy-next-door to A-lister right in front of our very eyes. The star has ditched his ill-fitting suits and sloppy grooming for tailored pieces and fuller facial hair, making him look like a much more grown-up star in the process. 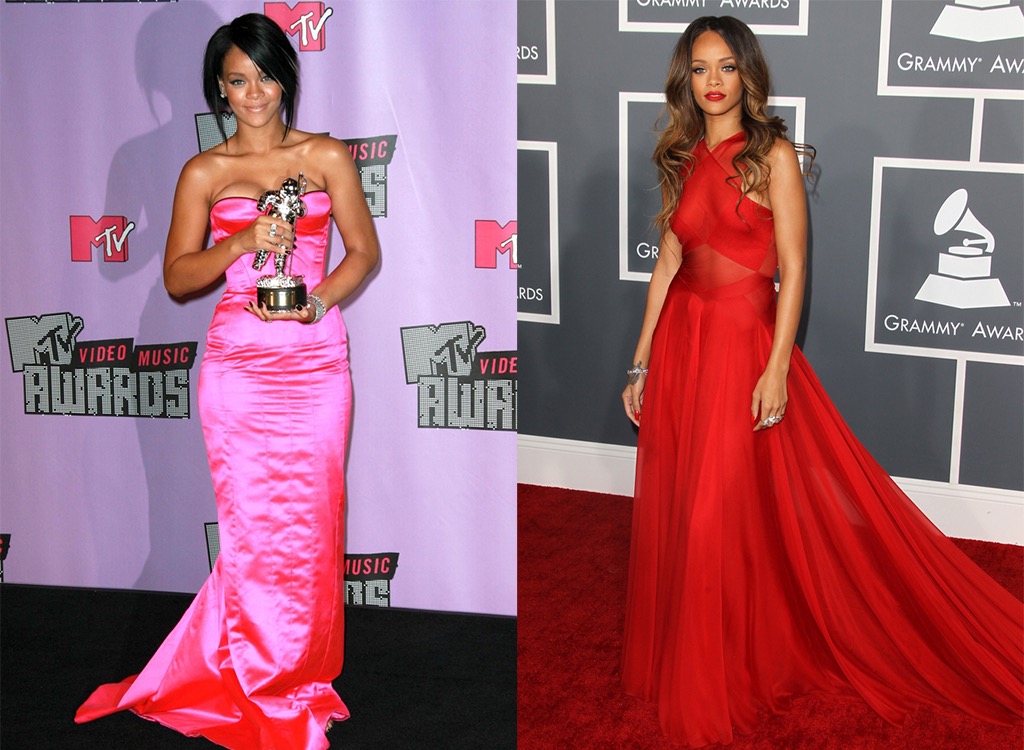 Rihanna is known as one of the most stylish women in the music industry, but that wasn't always the case. During the early days of RiRi's career, she could be seen sporting ill-fitting highlighter-colored numbers, like the pink dress on the right, along with frosty makeup—a far cry from the elegant, old school glam look she's traded up for today. 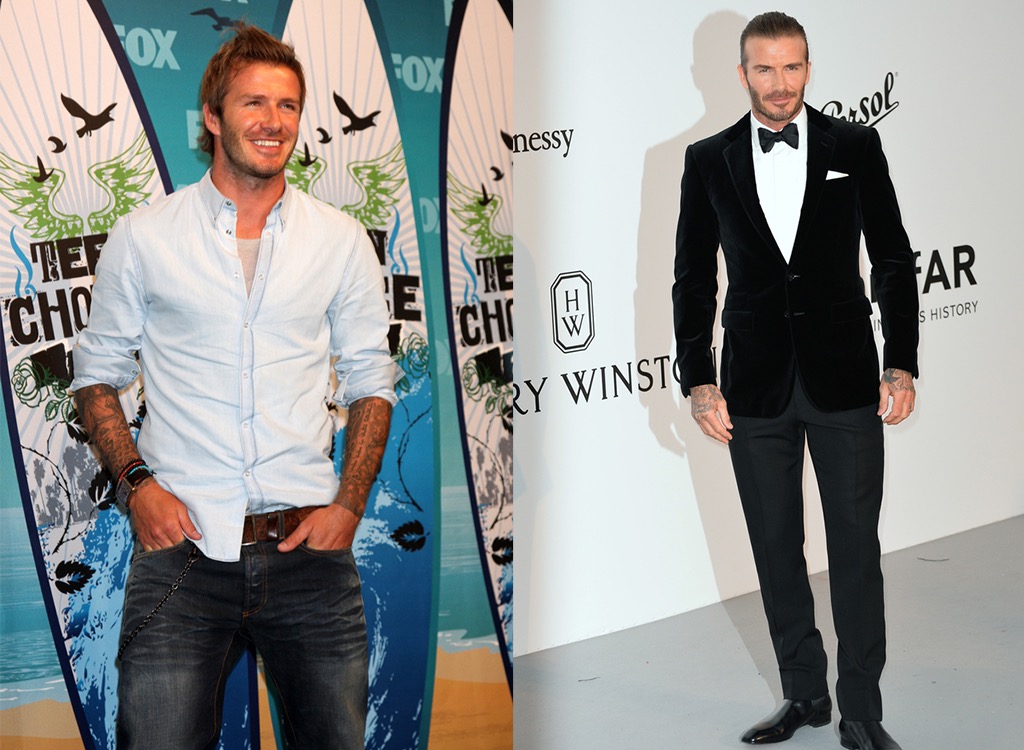 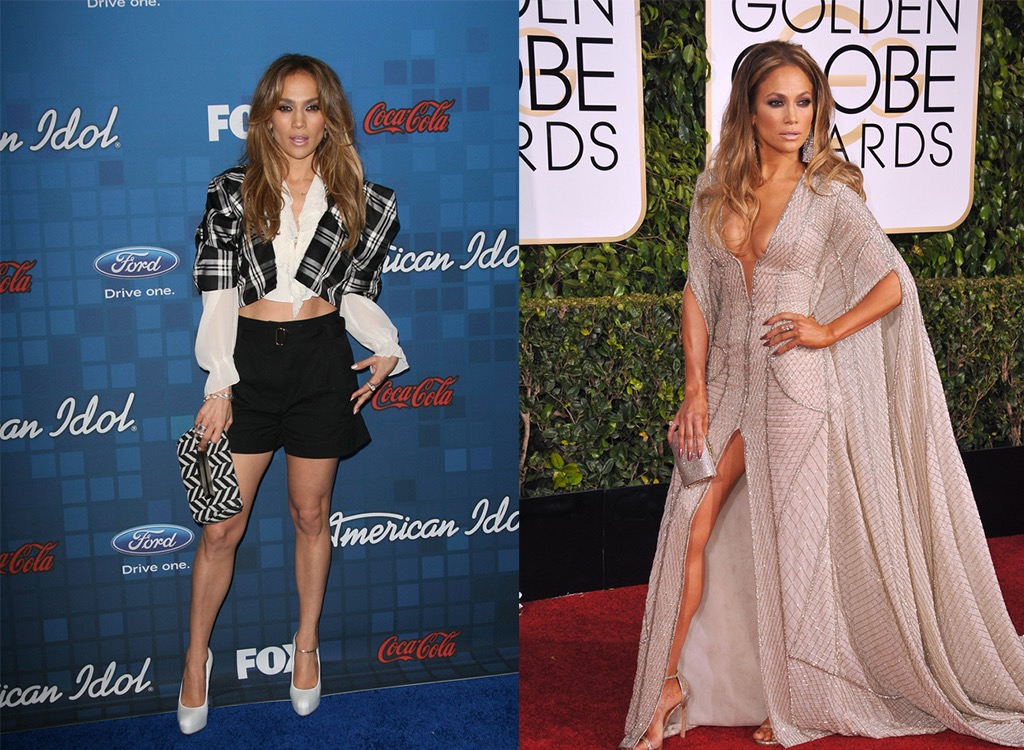 Jennifer Lopez has been stylish since her days as a Fly Girl on In Living Color, but the star's style has undeniably evolved for the better along the way. In recent years, she's traded overly-trendy, matchy-matchy outfits in for elegant old Hollywood-style looks. 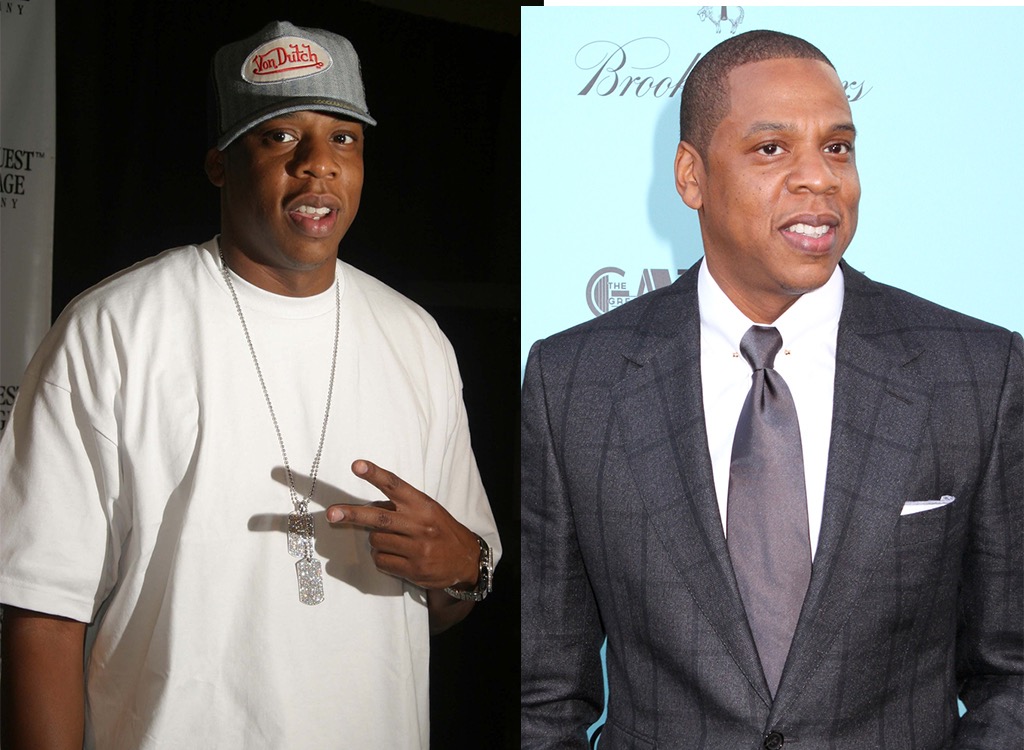 Jay Z has followed Beyoncé's lead when it comes to his style evolution. Once a jeans and t-shirt kind of guy, the rapper is looking better than ever these days with his newfound penchant for smartly-tailored suits. 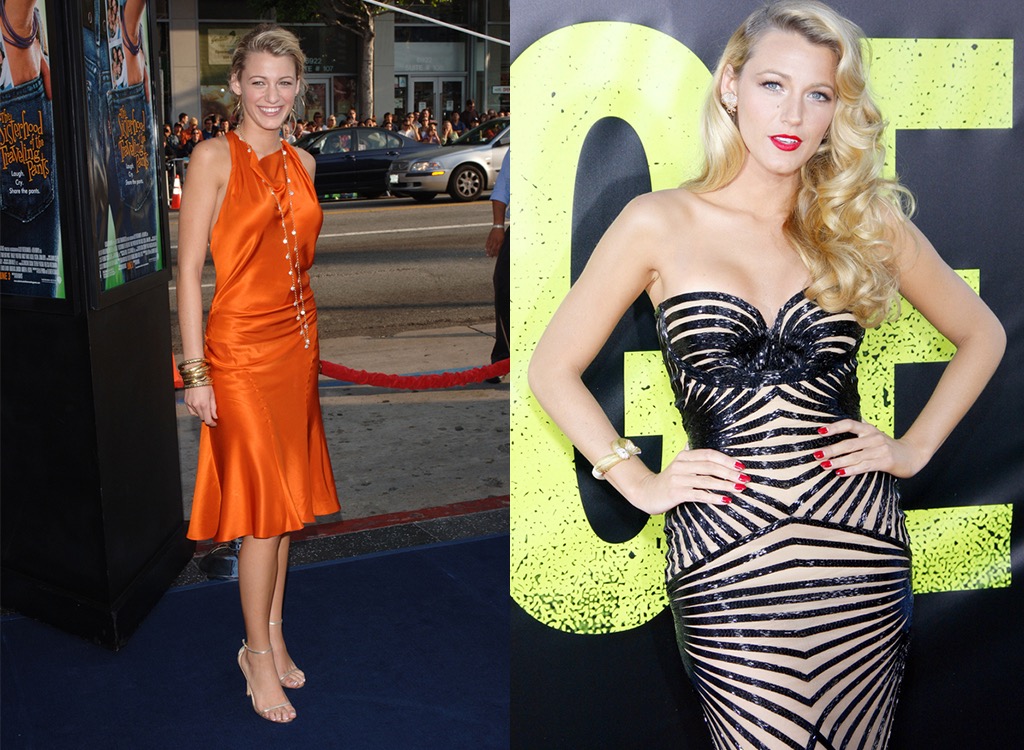 Blake Lively has had one of the most impressive style makeovers since she hit it big more than a decade ago. Leaving her pumpkin-colored dress and strappy heels behind, Lively looks like as glam a movie star as they come days, favoring form-fitting dresses, loose waves, and a classic red lip instead. 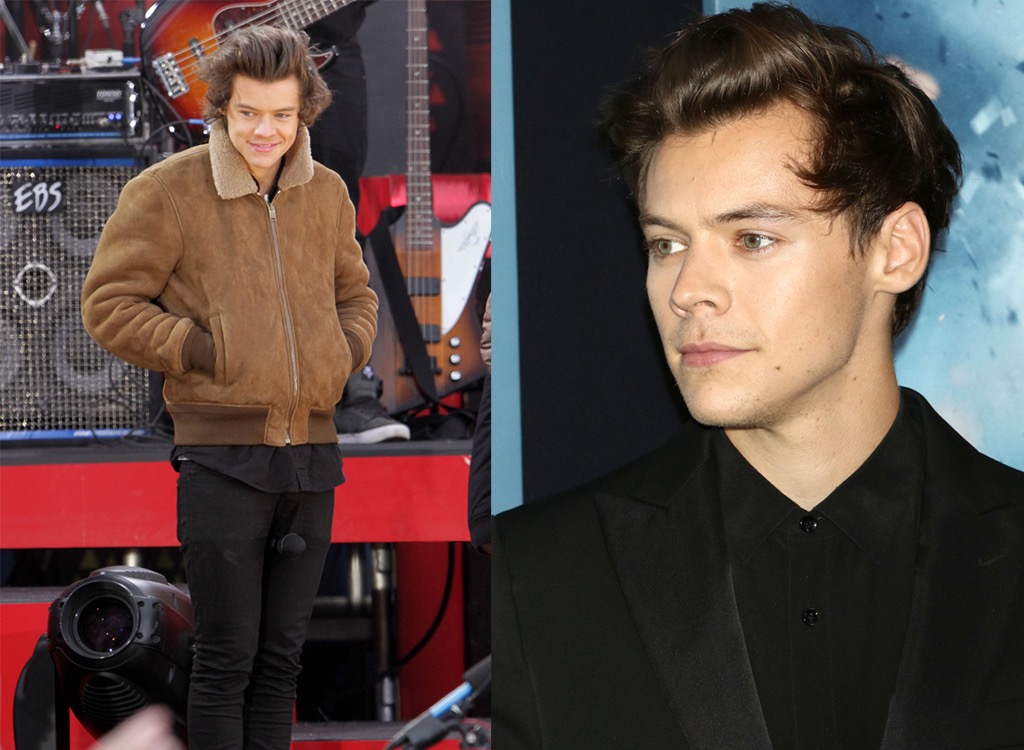 While you can't fault the One Direction star for having a distinctly boy band look during his early days in the spotlight, Harry Styles has undeniably traded up for the better, favoring tailored suits and a well-coiffed look these days. 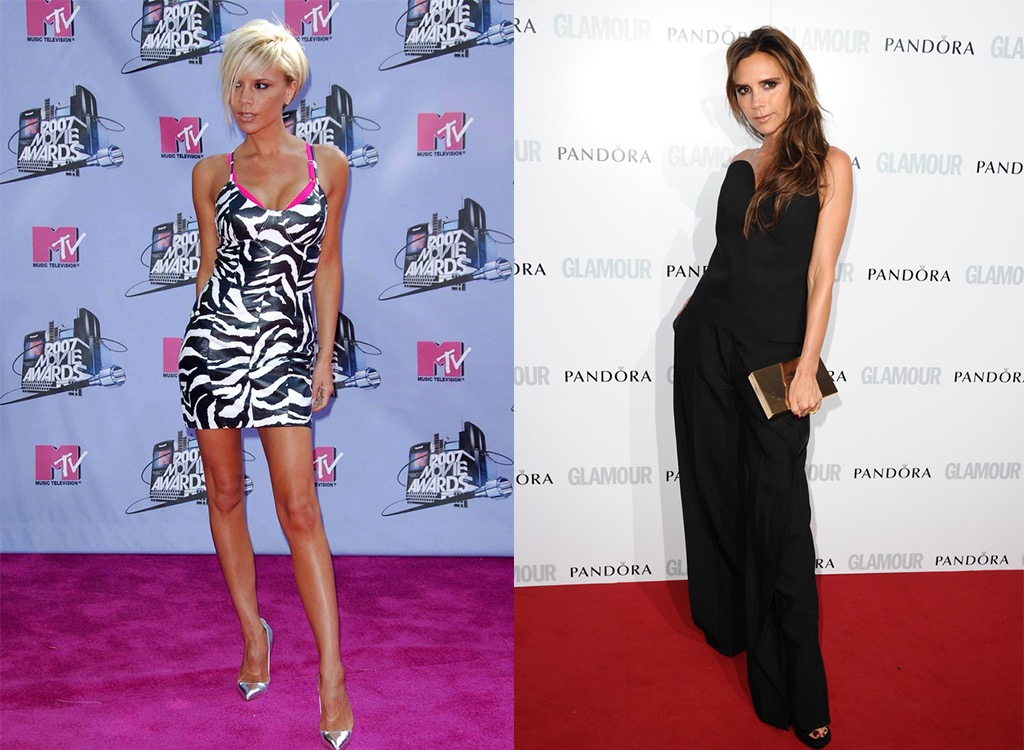 Victoria Beckham's Jersey Shore-esque former look was over-the-top, even for a former Spice Girl. However, these days, the singer-turned-designer is a true fashion icon, favoring glamorous makeup, a tamer tan, and chic pieces, like this menswear-inspired wide-leg jumpsuit.ae0fcc31ae342fd3a1346ebb1f342fcb 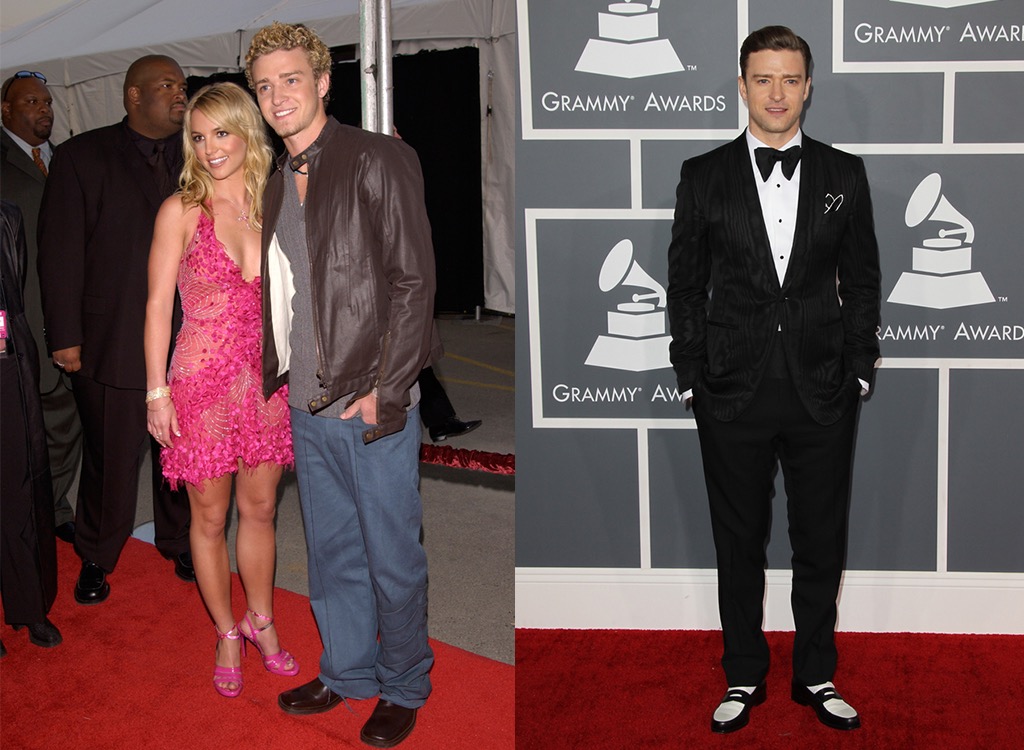 Justin Timberlake's style has come a long way since his boy band days. Casual, ill-fitting outfits, like these square-toed shoes, extra-long pants, super-deep v-neck sweater, and of course, the mop of frosted ramen noodles once atop his head, have been traded in for tailored suits and a much better hairstyle, to the delight of fans around the world. 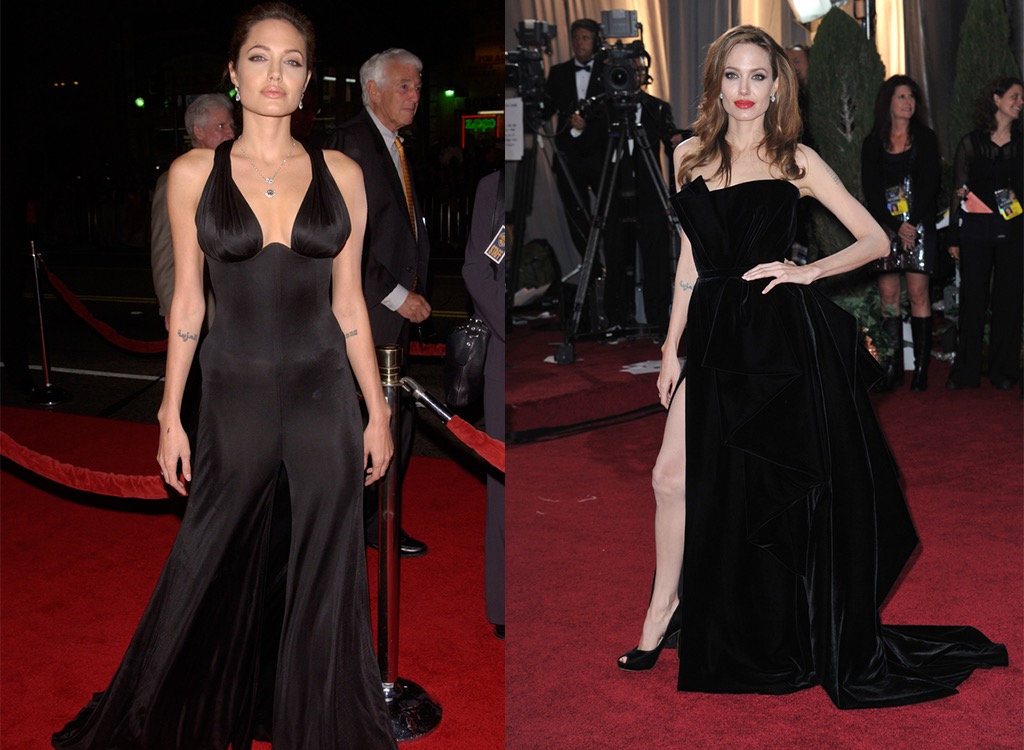 Angelina Jolie has long been a style icon, but the Academy Award winner's style has evolved by leaps and bounds in recent years. Among her most iconic looks in recent history is this Atelier Versace gown, which the actress paired with soft waves, classic makeup, and a whole lot of leg at the 2012 Oscars. 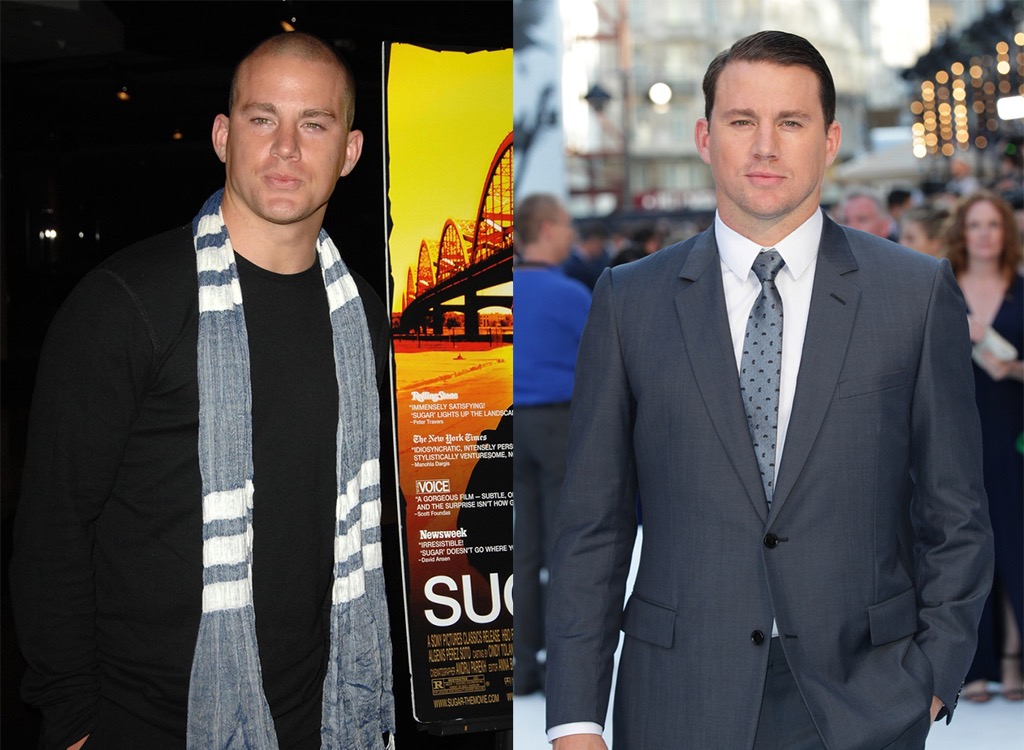 Channing Tatum has traded in the bro-next-door look for something distinctly more red-carpet-worthy in recent years. The Magic Mike XXL star now opts for distinctly A-list-appropriate duds, like tailored suits, instead of the wrinkled indoor scarves he once preferred. 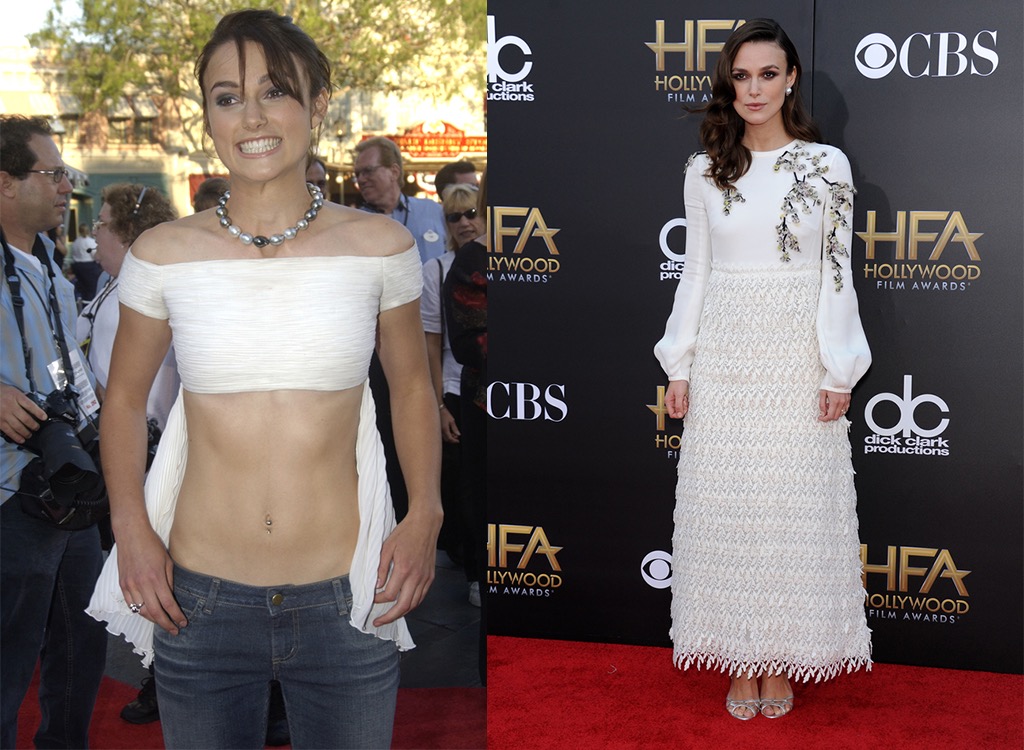 Blame it on the early 2000s, but many of Keira Knightley's former fashion choices were perplexing, at best. Fortunately, in recent years, the actress has undergone a serious style evolution, favoring more modest, yet equally eye-catching, designer clothing instead of the more casual looks she once wore. 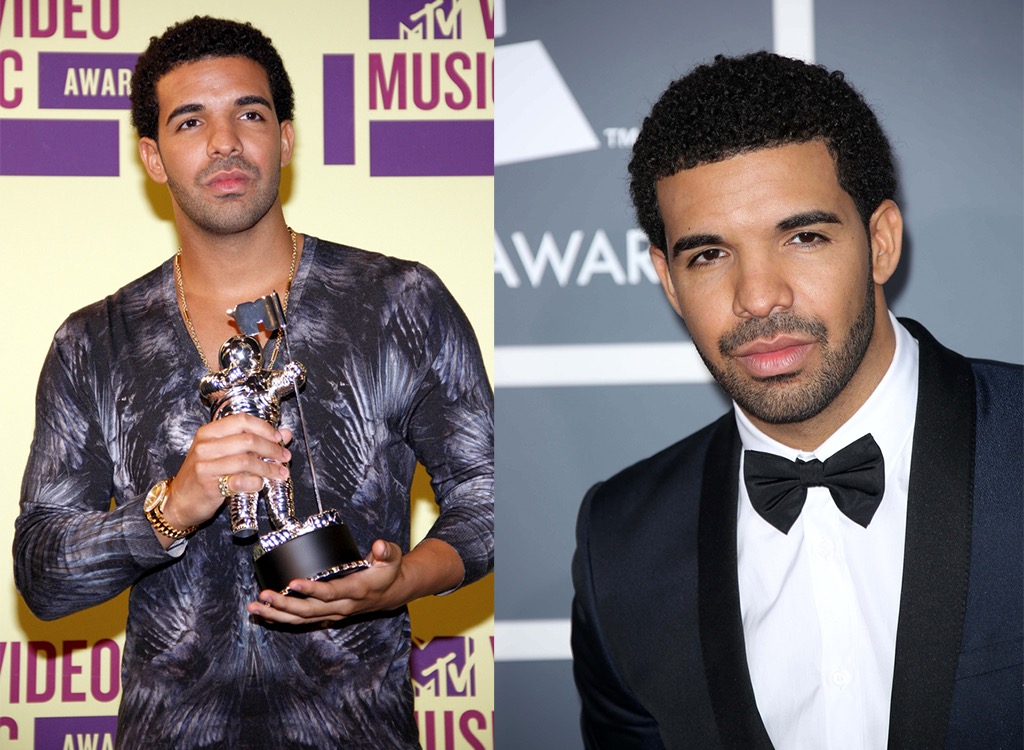 Drake has mastered the glow-up. While Champagne Papi used to hit the red carpet looking like a bachelor party guest, he now oozes star quality, thanks to groomed facial hair and a selection of perfectly-tailored suits. 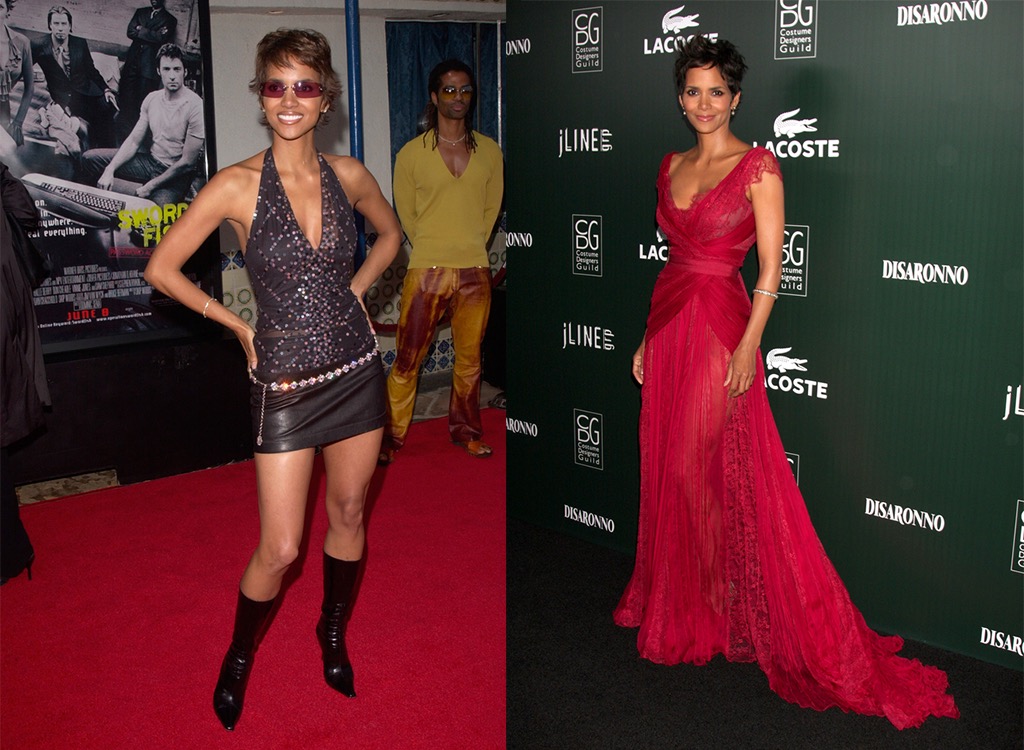 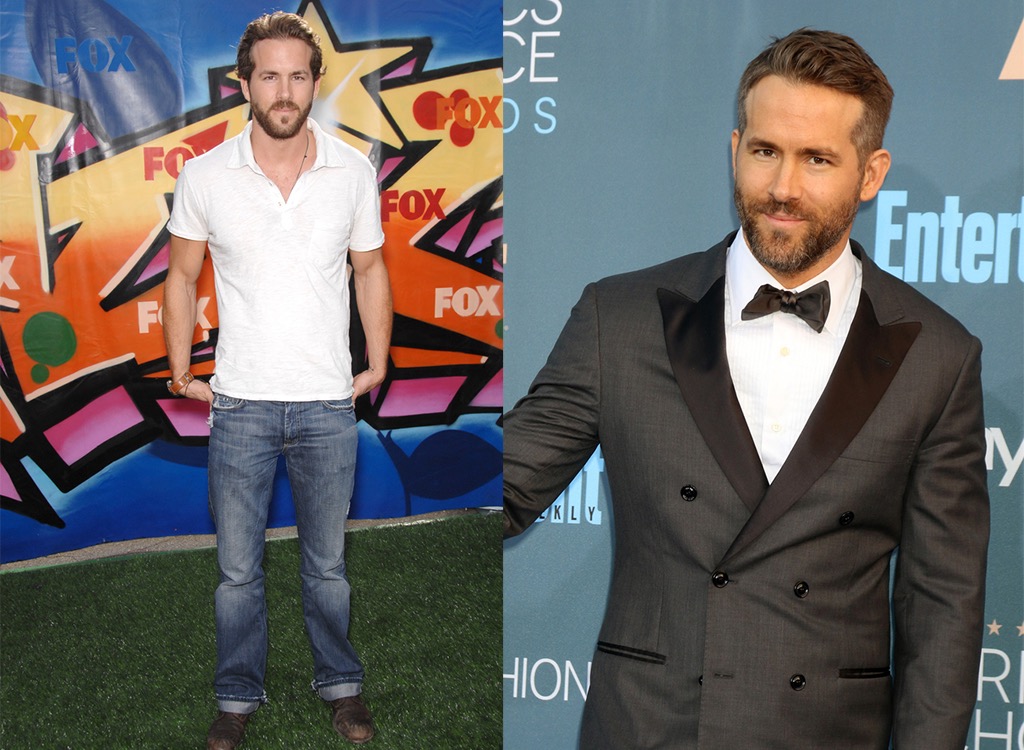 Ryan Reynolds may be one of Hollywood's best-dressed male celebrities today, but that wasn't always the case. During the early days of his career, Reynolds opted for an overly-casual look, which the Deadpool star has since traded in for the stylish suits he's known for today. 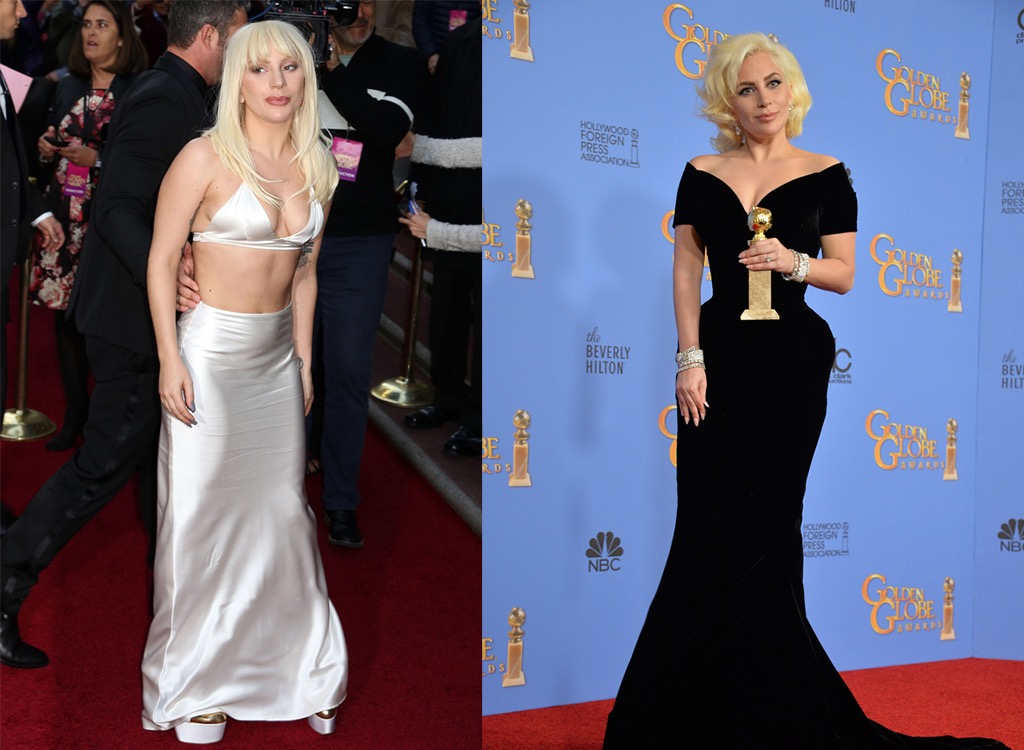 Lady Gaga has always been known for her outlandish fashion—remember the meat dress?—but she's looking more stylish than ever as of late. The singer has swapped shock-inspiring looks for high fashion and Hollywood glam, and looks like a million bucks on every red carpet she walks these days. 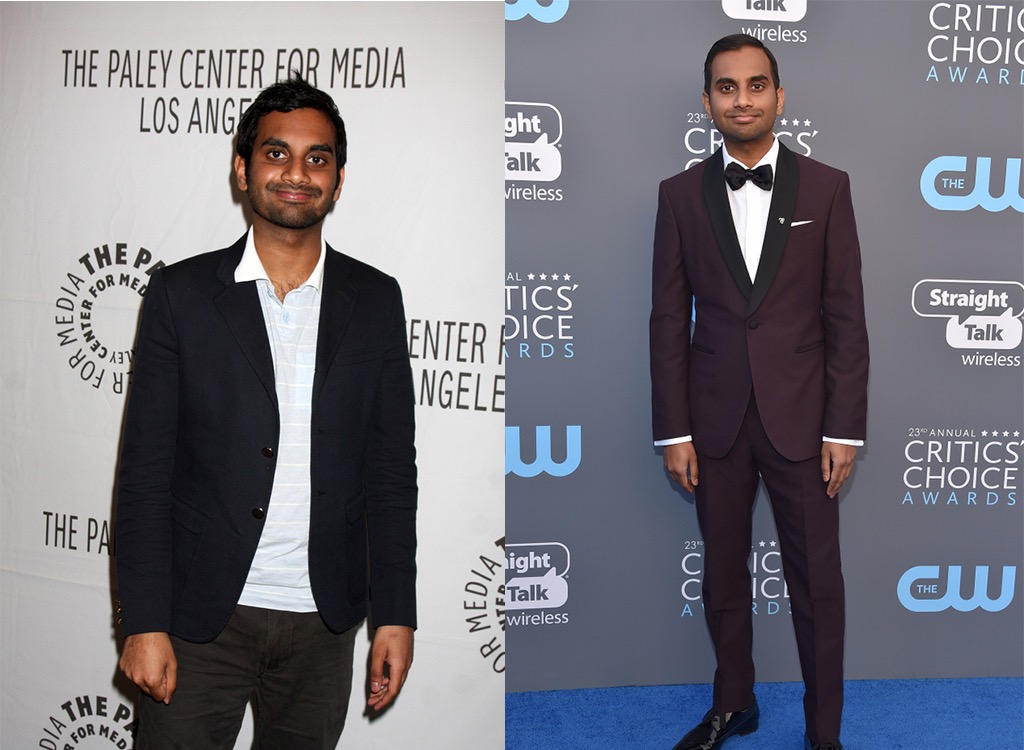 Master of None star Aziz Ansari has taken his style to new heights in recent years, leaving the college student clothes behind. Today, he's letting his style take center stage, thanks to a new uniform of chic suits. 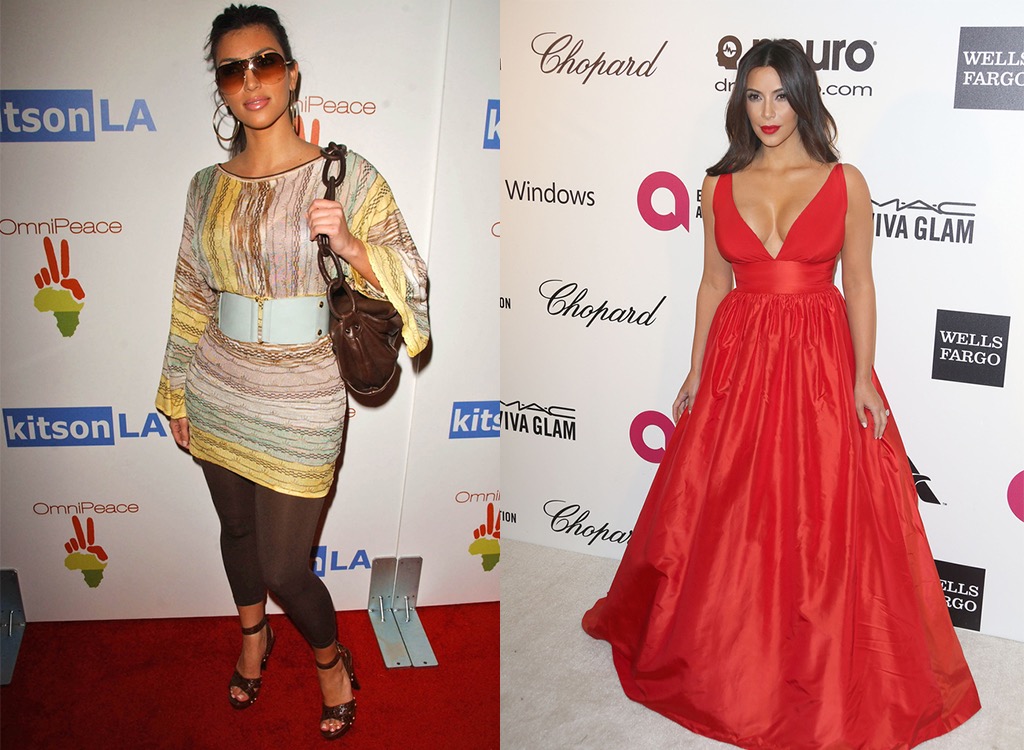 Long before she was gracing the cover of Vogue, Kim Kardashian used to hit the red carpet looking like your average 2000s club-goer. Today, she's not only a major fashion icon, she's also a muse to designers like Riccardo Tisci, the former creative director at Givenchy. 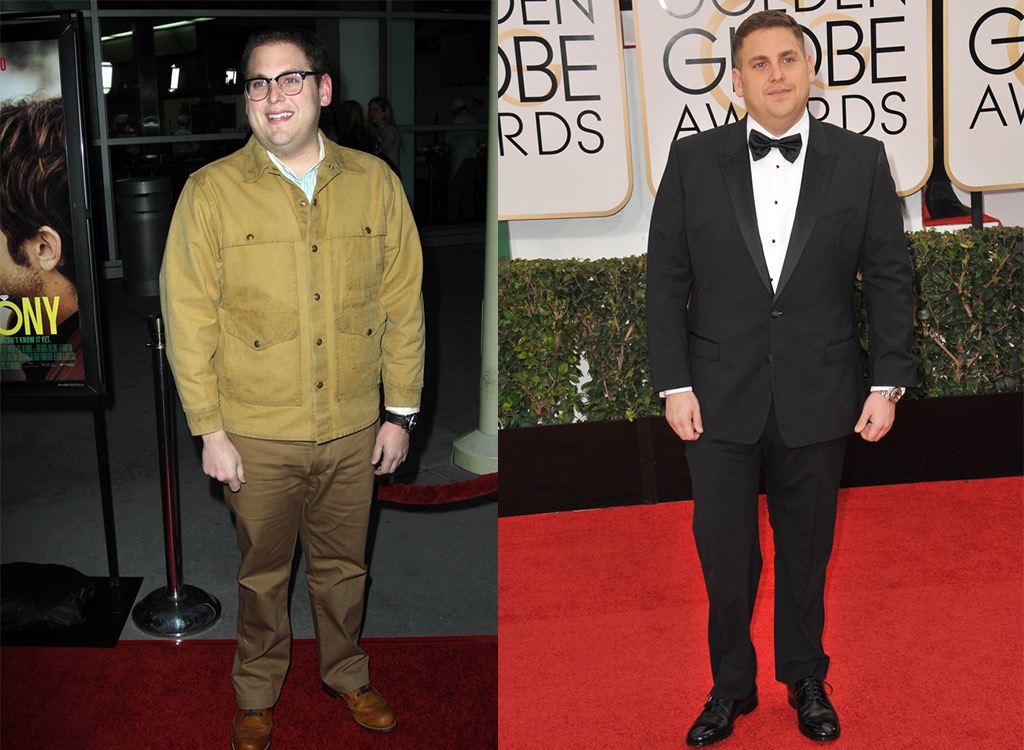 While Jonah Hill's weight loss has gotten him the most press in recent years, just as impressive is his newly-improved fashion game. Retiring his previously-preferred casual look, Hill now hits the red carpet looking like a bona fide movie star in dapper suits that fit both his body and A-list status. 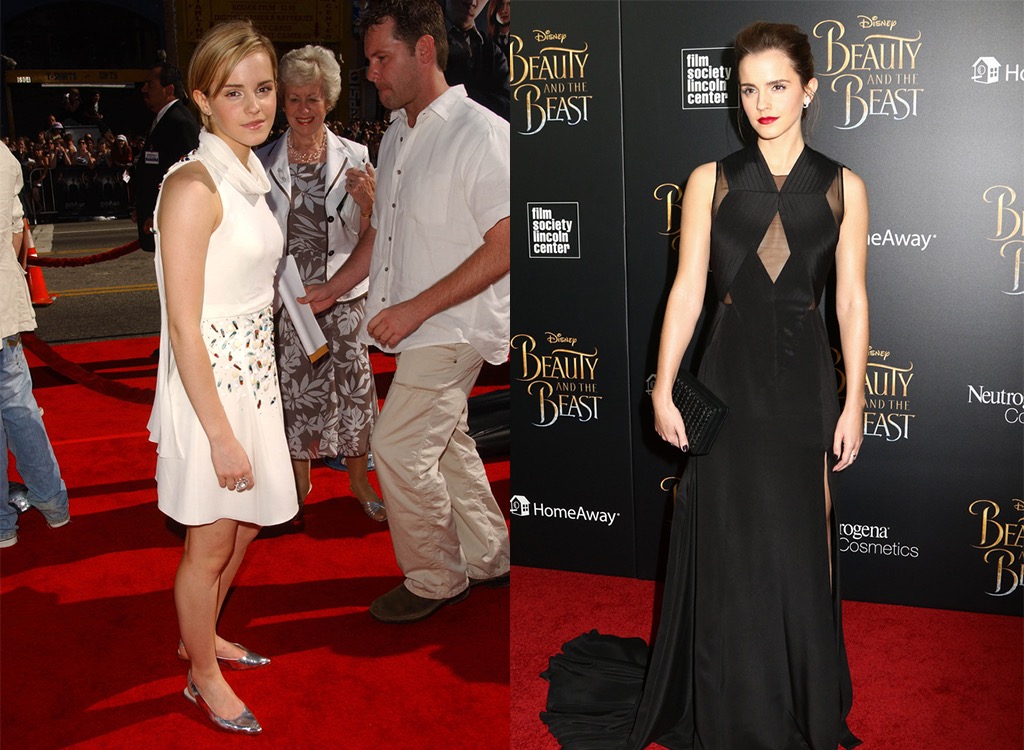 Emma Watson has grown up in front of the camera, and so has the Harry Potter star's style. Rather than looking like she just stepped off a catalog shoot, Watson looks every bit the A-lister these days, thanks to a wardrobe of elegant designer pieces and more mature hair and makeup styling. 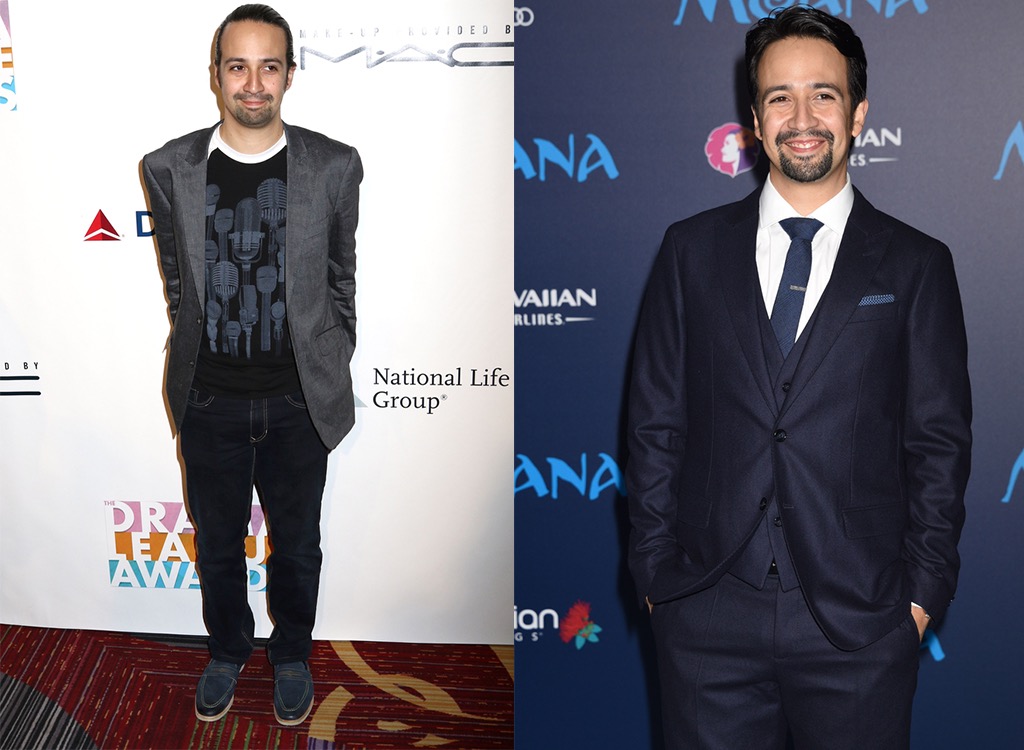 Hamilton creator Lin-Manuel Miranda has become something of a surprising fashion icon in recent years. The MacArthur genius grant recipient has left his long hair and slouchy jeans behind, trading up for a stylish short 'do and some seriously chic suiting. 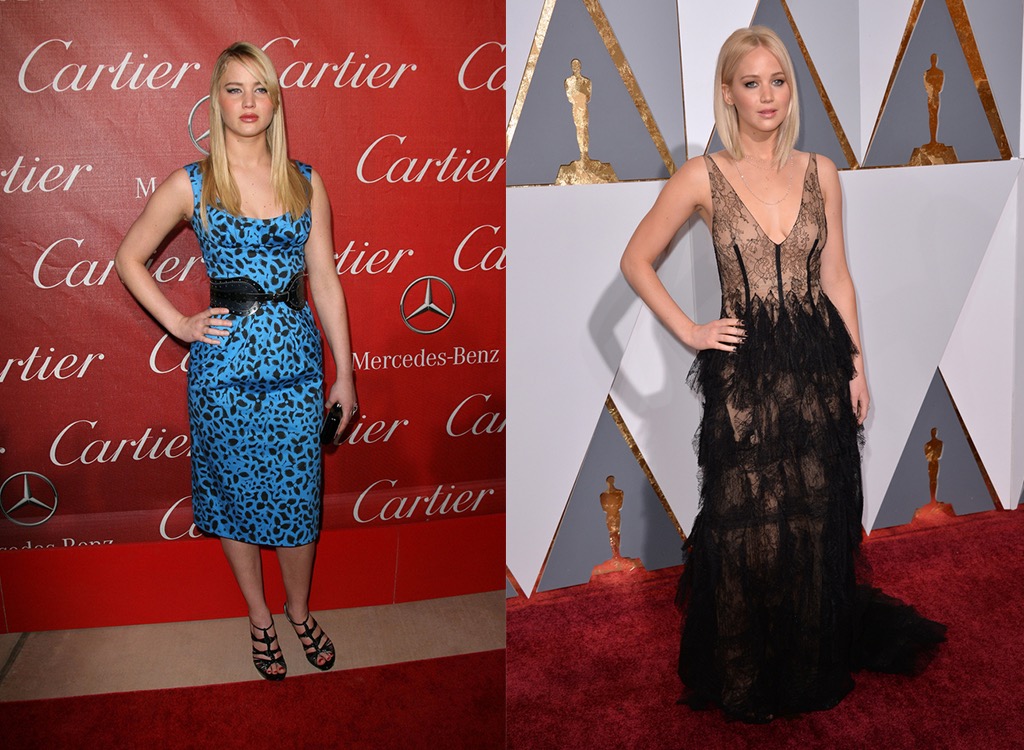 Jennifer Lawrence's style has evolved right alongside her career. Ditching over-accessorized looks and flat-ironed hair, the X-Men star has gone seriously glam in recent years, thanks to a face-flattering short hairstyle and some elegant designer dresses, like this sheer lace number she wore to the Oscars. 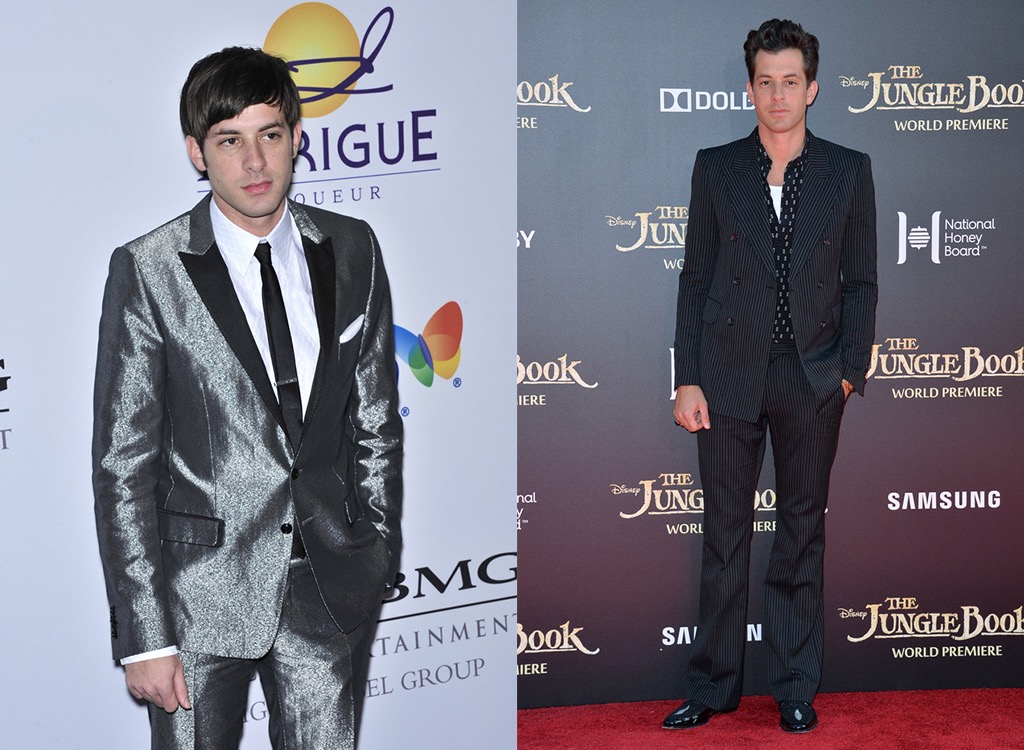 Music producer Mark Ronson has always had an eye for style, but he's definitely upped his fashion game in recent years. Long gone are the shiny fabrics and boy band hair, subbed out for slim-cut suits and a gravity-defying 'do. 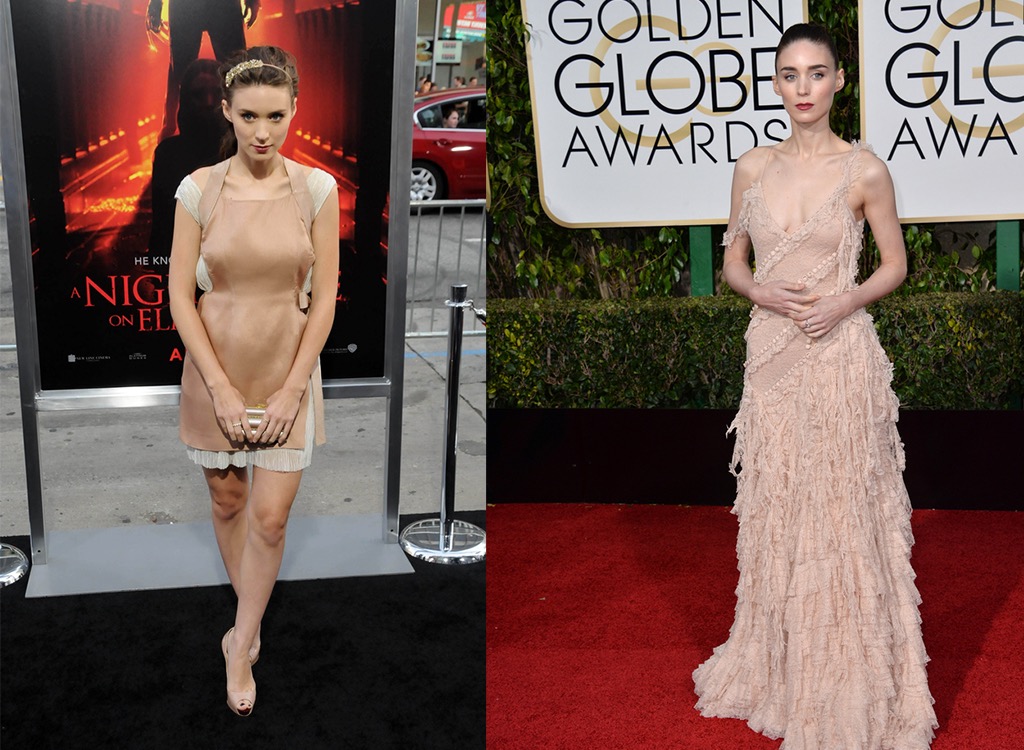 Rooney Mara has ditched her girl-next-door style in favor of some serious elegance since she started out in the industry. Today, the actress's look is all about polished makeup, glamorous gowns, and sharp hairdos that let her features shine. 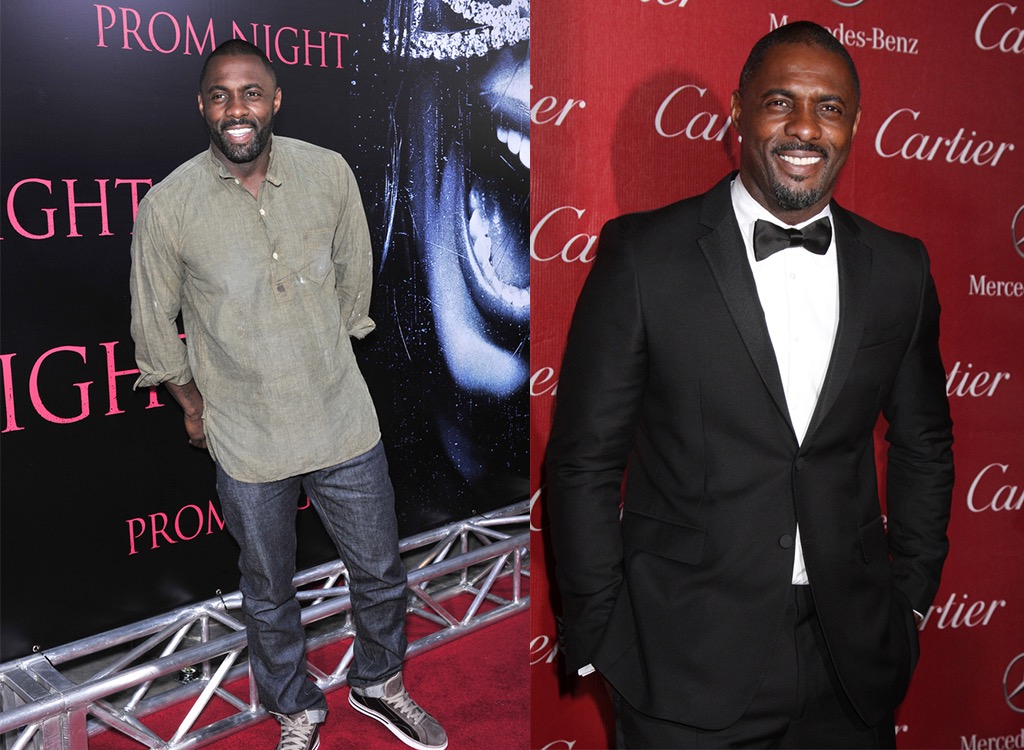 Idris Elba may be a style icon these days, but he's definitely improved his look in recent years. Forgoing the casual outfits he used to wear on the red carpet, Elba's wardrobe is now full of best-dressed-list-approved suits that make him look every bit the movie star. And when you want to improve your own look, start with these 30 Best Tips for Dressing Well in Your 30s.

Sarah Crow
Sarah Crow is a senior editor at Eat This, Not That!, where she focuses on celebrity news and health coverage. Read more
Filed Under
Celebrities
Read This Next
Latest News
Read This Next