The 10 Most Outrageous Royal Fashion Choices

The good, the bad, and the insanely expensive.

When it comes to fashion, royals have it all—access to the very best designers and stylists as well as a bottomless budget that allows them to dress like, well, royalty. Some, like Princess Diana, dazzled; others, like Princess Eugenie, have had some epic fashion fails. One thing is for sure: these 10 outrageous fashion choices made by royals around the world are all unforgettable. And for more over-the-top luxury, check out the 15 Most Lavish Royal Weddings Of All Time. 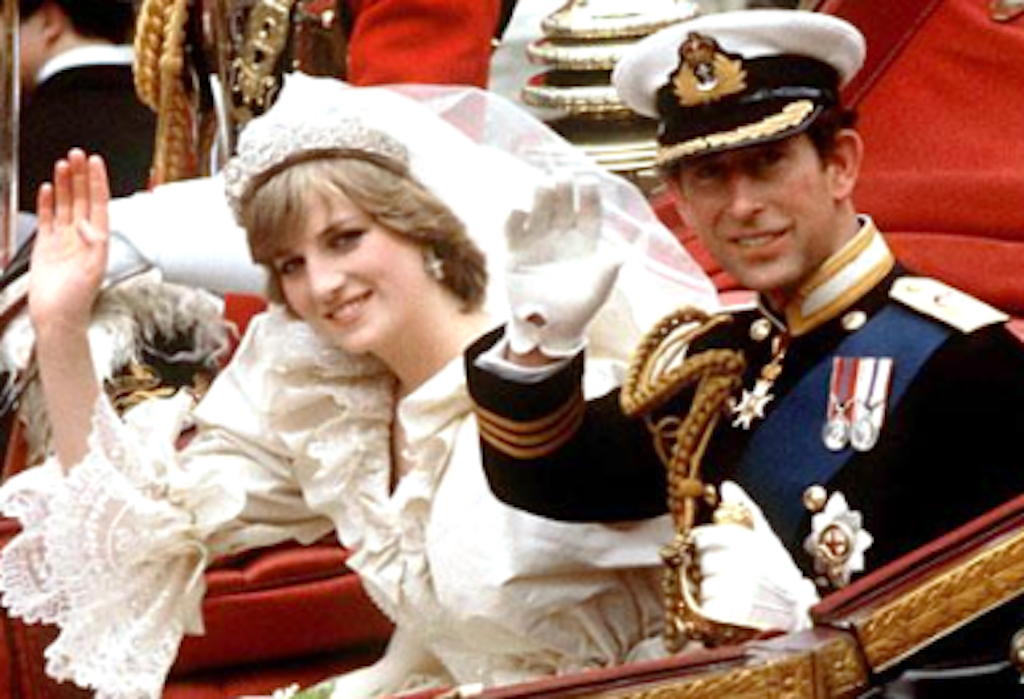 For a woman who owned only one formal dress (yes, it's true) before becoming engaged to Prince Charles, Lady Diana Spencer went for all-out '80s excess when she chose her wedding dress in 1981. An over-the-top meringue of bows, ruffles and voluminous taffeta, the dress by Elizabeth and David Emanuel had the longest train in royal wedding history—a staggering 25 feet that more than filled Westminster Abbey. Unbelievably, it only cost a reported $12,000. Years later, when Diana saw it again while choosing dresses for the famous post-divorce Christie's auction, the princess was aghast and likened it to a soufflé that had collapsed on itself. "Just like my marriage," she reportedly told a friend. And for more royal trivia, don't miss the 20 Traditions Royal Brides Absolutely Must Follow.

What on earth was she thinking? Among a sea of outrageous hats worn that day, this Philip Tracey creation was head and shoulders above all others in its shock value—and not in a good way. Princess Beatrice's hat broke the Internet with commenters debating whether it looked like an upturned toilet seat, an octopus, or a birth control device. One thing is for sure: it was just about the most outrageously ugly hat we've ever seen.ae0fcc31ae342fd3a1346ebb1f342fcb

Princess Eugenie's unfortunate choice of an ill-fitting Vivienne Westwood dress and Robin Hood-esque Philip Tracey hat (not unlike the look pictured) made her look as if she was auditioning for the part of a stepsister in a live action version of Cinderella rather than attending her cousin's wedding. We're relieved to see her fashion sense has gotten better as evidenced by the pretty Erdem dress she chose for her official engagement portrait.

Even though Meghan Markle comes to Kensington Palace via Hollywood, we were still surprised when she chose this dazzling red carpet ready gown—with its sheer embroidered bodice and feathered skirt—for her engagement portrait with Prince Harry. Its stunning price tag, $75,000, was in stark contrast to the $300 Reiss dress that Kate Middleton wore in her photos with Prince William (and has worn several times since then). We can't wait to see how the bride-to-be tops this dress at her wedding. And for more on what you can see, sartorially, at the upcoming nuptials, Here's What Prince Harry Will Be Wearing At the Royal Wedding.

The youngest daughter of Grace Kelly and Prince Rainier was the family wild child—and dressed like it in her younger days. If she wasn't wearing skin tight jeans and t-shirts, she was often photographed in skimpy bathing suits sans her bikini top. In 1985, she designed a line of sexy swimwear, Pool Position, with Alix de la Comble, who she had worked with when she was an apprentice at Dior. We doubt her fashion icon mother would have approved.

6
Princess Charlene of Monaco in a silver Versace 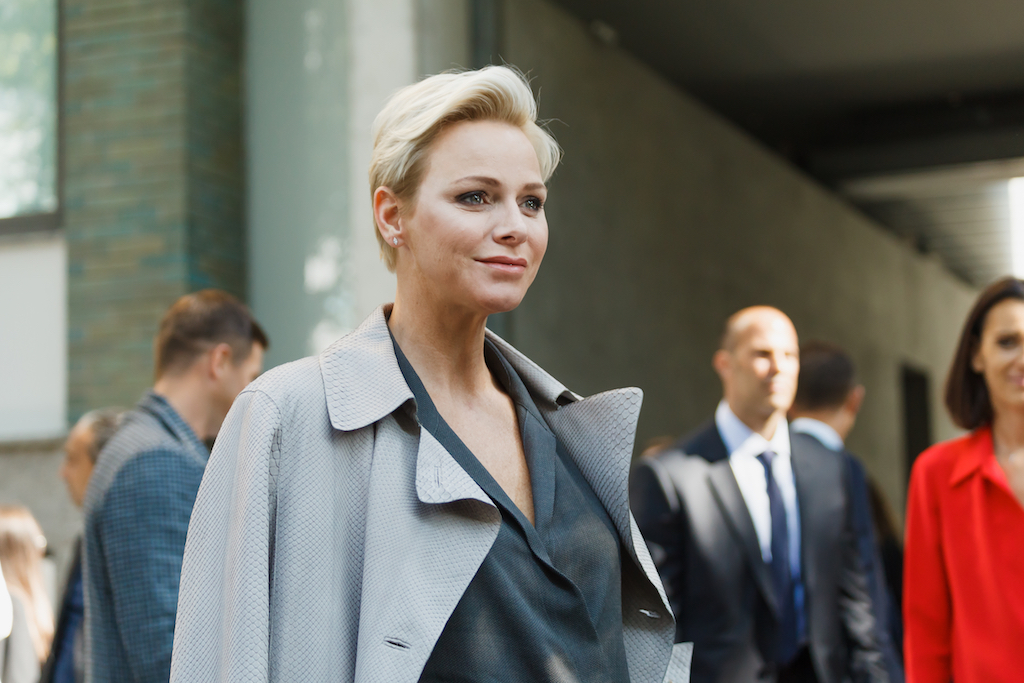 The statuesque stunner and former swimmer can pull of any look she tries—like the elegant number above, for instance—but usually dresses in a classically elegant style. Last year, the silver, cut-out Versace Princess Charlene wore to the house's show at Milan Fashion Week left us speechless. And the leather moto jacket thrown casually over her shoulders was quite the bold move for her. We were wowed. 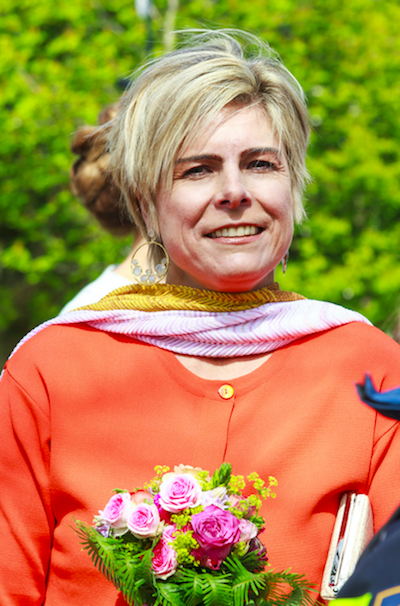 This ridiculous and, ahem, colorful ensemble was chosen by Princess Laurentien as just the thing to wear for a civil wedding ceremony. Perhaps that's because if she walked into a church wearing that monstrosity, someone would try to water her.

8
Princess Maxima at the Wedding of Prince Pieter-Christiaan and Anita van Eijk . 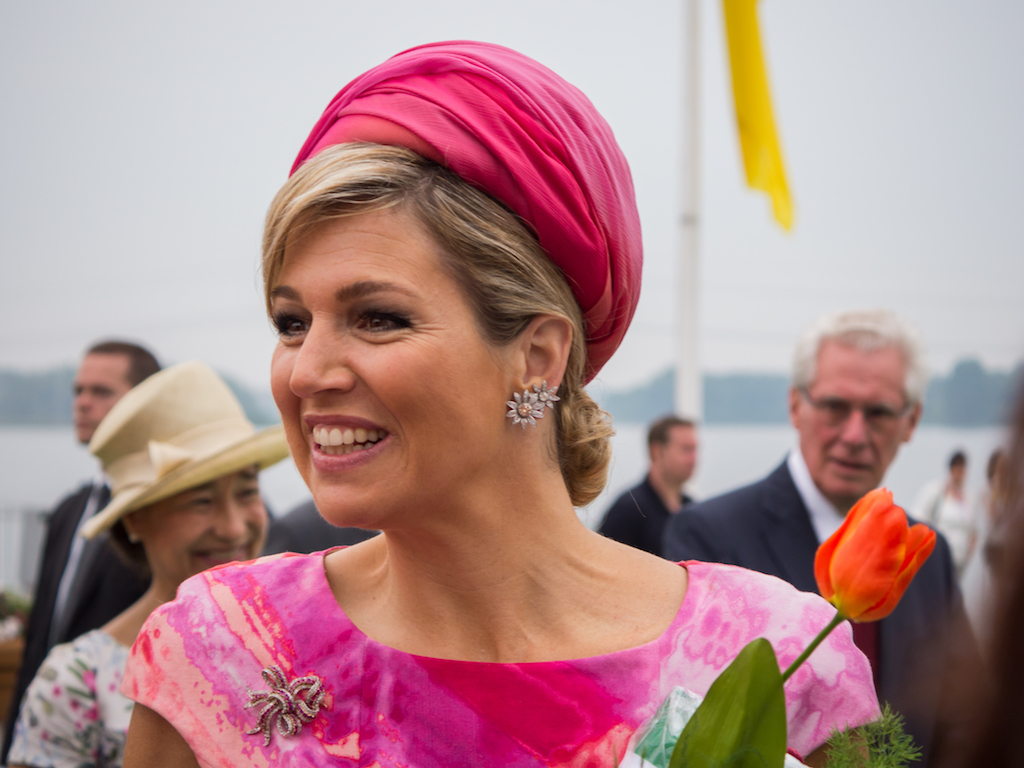 Clearly Princess Maxima dresses to live up to her name. (For proof, just look at her outfit, here, from a recent appearance.) She certainly did at this 2010 wedding. Her fuchsia and red hat by Fabienne Delvigne looks like a giant toilet paper cover. The two-toned shoes and shiny red coat are not only outrageous—they look outrageously cheap. Apparently no one ever told this woman wedding guests are not supposed to upstage the bride. Yikes.

9
Queen Margrethe of Denmark in her favorite lime green dress. 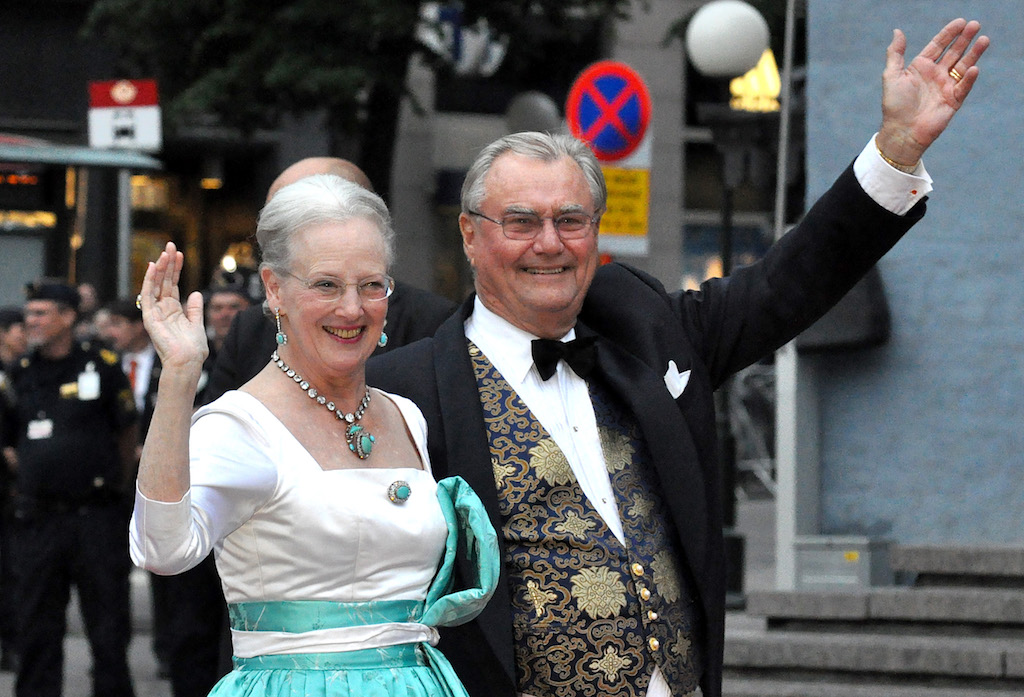 This understated little number by Danish designer Birgitte Thaulow is a favorite of the Queen's which she has worn several times. (Not that seeing it once isn't more than enough). Queen Margrethe chose it for her birthday celebration in April 2010 and again later the same year when she attended Crown Princess Victoria of Sweden's wedding. Worn with a diamond tiara, emerald earrings and a silver fox fur stole, this dress was certainly … memorable.

It is only fitting that the most stylish royal of all time close out our roundup of the most outrageous royal fashion choices. As extravagant and excessive as her wedding dress was, this black, anything but basic cocktail dress by Christina Stambolian was sleekly elegant and instantly iconic. It fired a sartorial shot—at Princess Diana's soon to be ex-husband, Prince Charles, and his mistress—around the world. The princess chose to wear this breathtaking number to a party at the Serpentine Gallery in London on the same night Charles confessed to having an adulterous affair with Camilla Parker Bowles on national television. Guess who wound up on the front pages of the newspapers the next day? Next, don't miss the 30 Fascinating Facts About Royal Weddings.