15 Most Lavish Royal Weddings of All Time

These regal celebrations have inspired bridezillas for decades.

When Prince Harry and Meghan Markle get married on May 19th at St. George's Chapel at Windsor, they will join an illustrious list of royal brides and grooms whose extravagant (and expensive!) weddings have earned them a place in history and inspired bridezillas around the world. Here's a look at the 15 most lavish royal weddings of all time. And for more on this over-the-top affairs, check out the 30 Most Fascinating Facts About Royal Weddings. 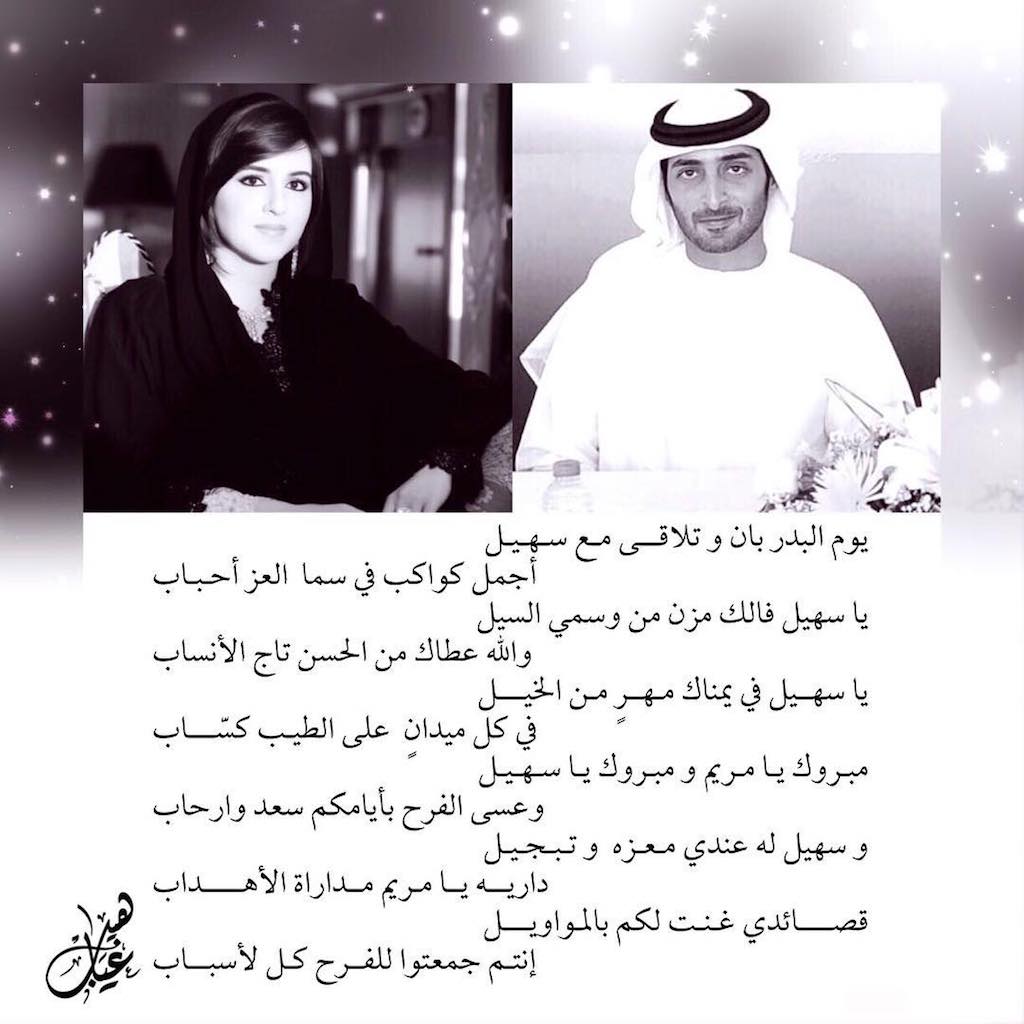 The most extravagant wedding ever held in the whole world took place in Dubai in 1979, celebrating the marriage of the Ruler of Dubai, Sheikh Mohammed Bin Rashid al Makhtoum, and Sheikha Hind Bint Makhtoum. Five days were declared as official holiday in Dubai for celebrating. The wedding took place in a stadium-sized hall that was specially built to accommodate 20,000 guests from around the world. The price tag: $100 million. And for more one royal nuptials, learn the 18 Royal Wedding Etiquette Dos and Don'ts. 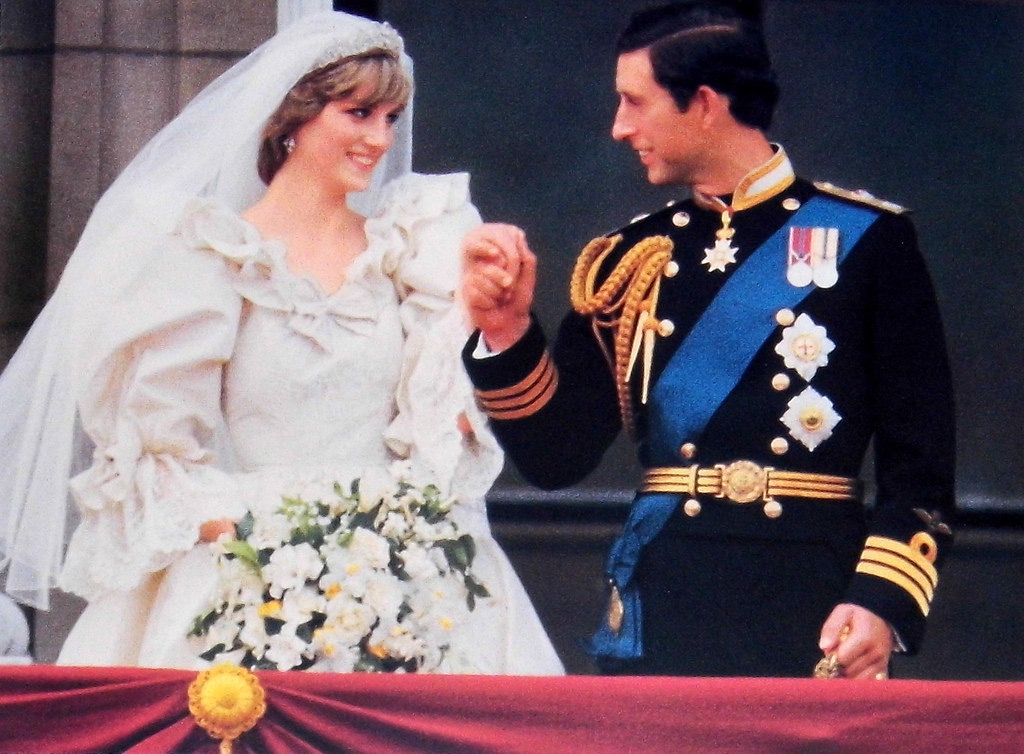 It was the most iconic wedding of the century. The marriage of the Prince of Wales and Lady Diana Spencer on July 29, 1981, at St. Paul Cathedral, London, was watched by more than 750 million people from around the world and was an over-the-top extravaganza in true '80s style. It cost $70 million. Diana's frothy dress, by David and Elizabeth Emanuel, was embroidered with 10,000 pearls and had the longest-ever 25-foot train. The much-imitated engagement ring cost a surprisingly modest (for royals) $60,000 and is now a priceless heirloom worn by Catherine, Duchess of Cambridge. 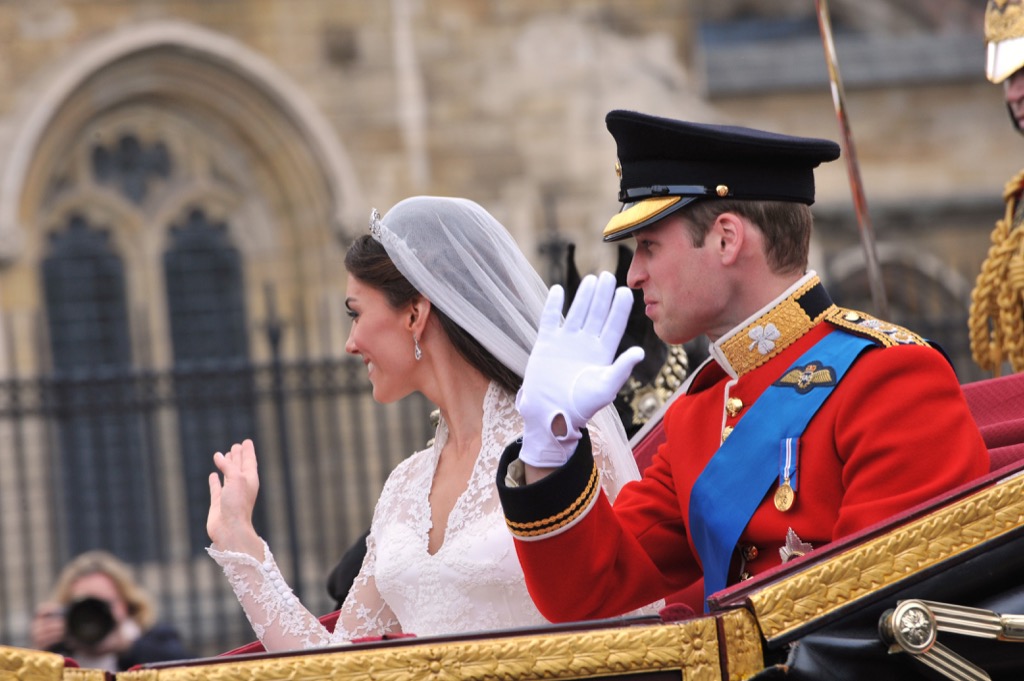 Prince William married Catherine Middleton on April 29, 2012, in a lavish, televised ceremony watched by over two billion people. Her classic Alexander McQueen dress cost a reported $434,000 and $800,000 was spent on bringing trees into Westminster Abbey that were later planted at Prince Charles' country estate, Highgrove. Catherine's family contributed to $34 million bill for the wedding, where $32 million reportedly went to security. Speaking of Prince William, here's why he's going to be the best man at Harry's affair—and why that's such a big deal. 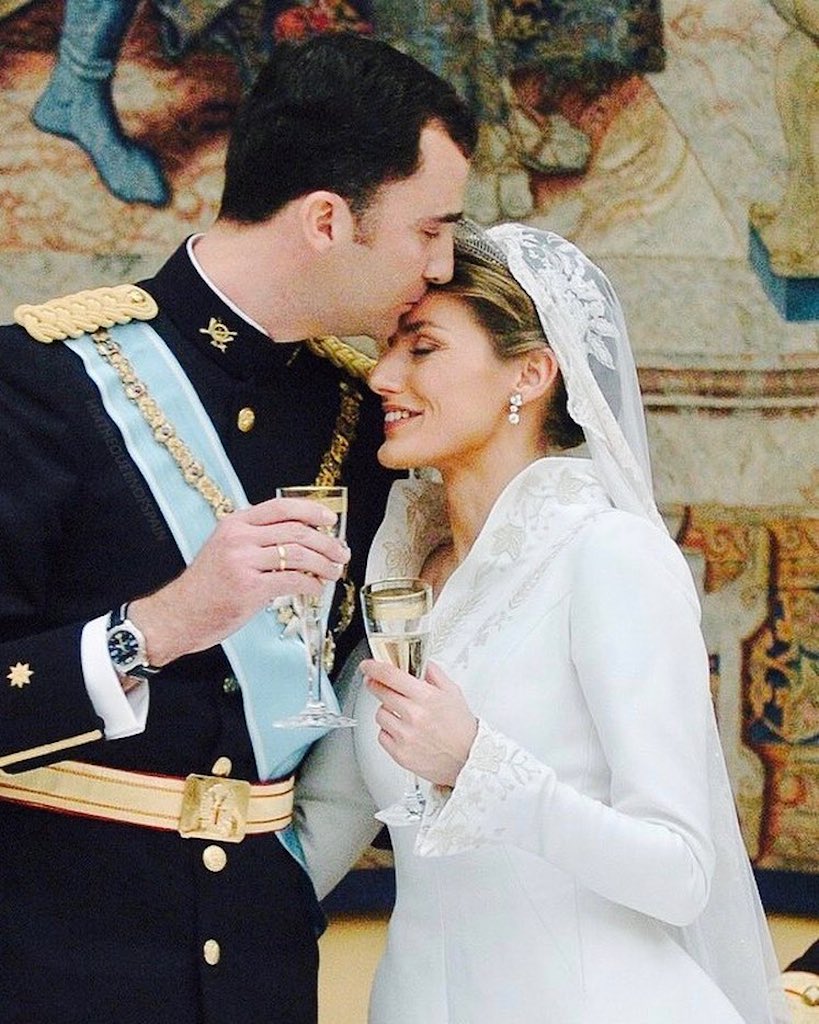 The May 2004 wedding of the prince and former journalist cost a reported $29 million and was attended by 1,500 guests, who drank magnums of $1,000 bottles of champagne. Cheers! 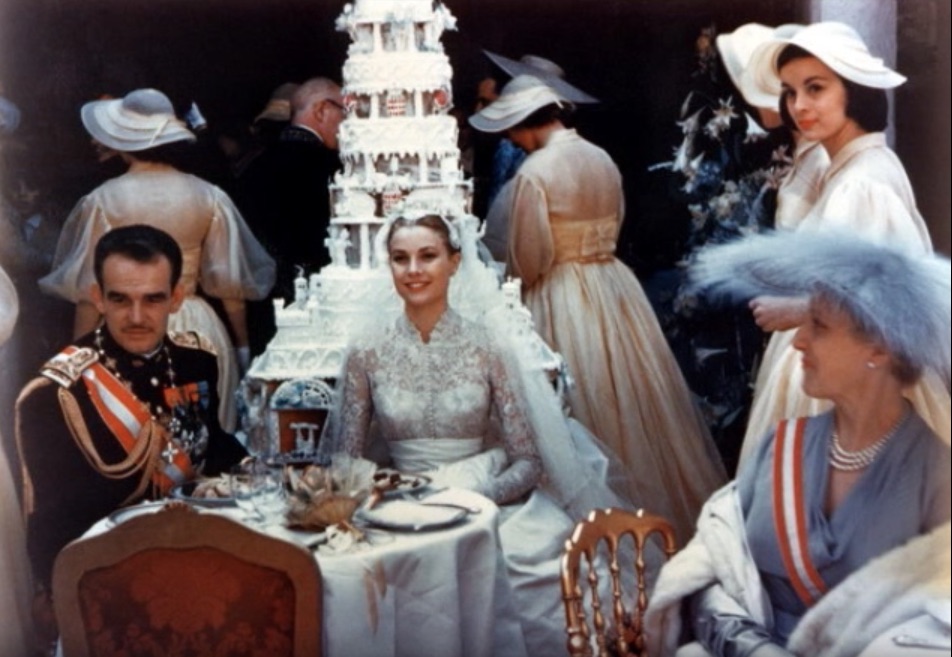 The Oscar-winning American actress Grace Kelly wed Prince Rainier of Monaco at the Cathedral of Saint Nicholas in Monte Carlo, Monaco, on April 19, 1956. The bride's iconic wedding dress was a gift from her movie studio, MGM, and the wedding unfolded like a Hollywood production. More than 1,000 guests took over the tiny principality for the festivities. Billionaire Aristotle Onassis arranged for 15,000 carnations to be dropped on to Rainier's yacht afterwards from a plane. 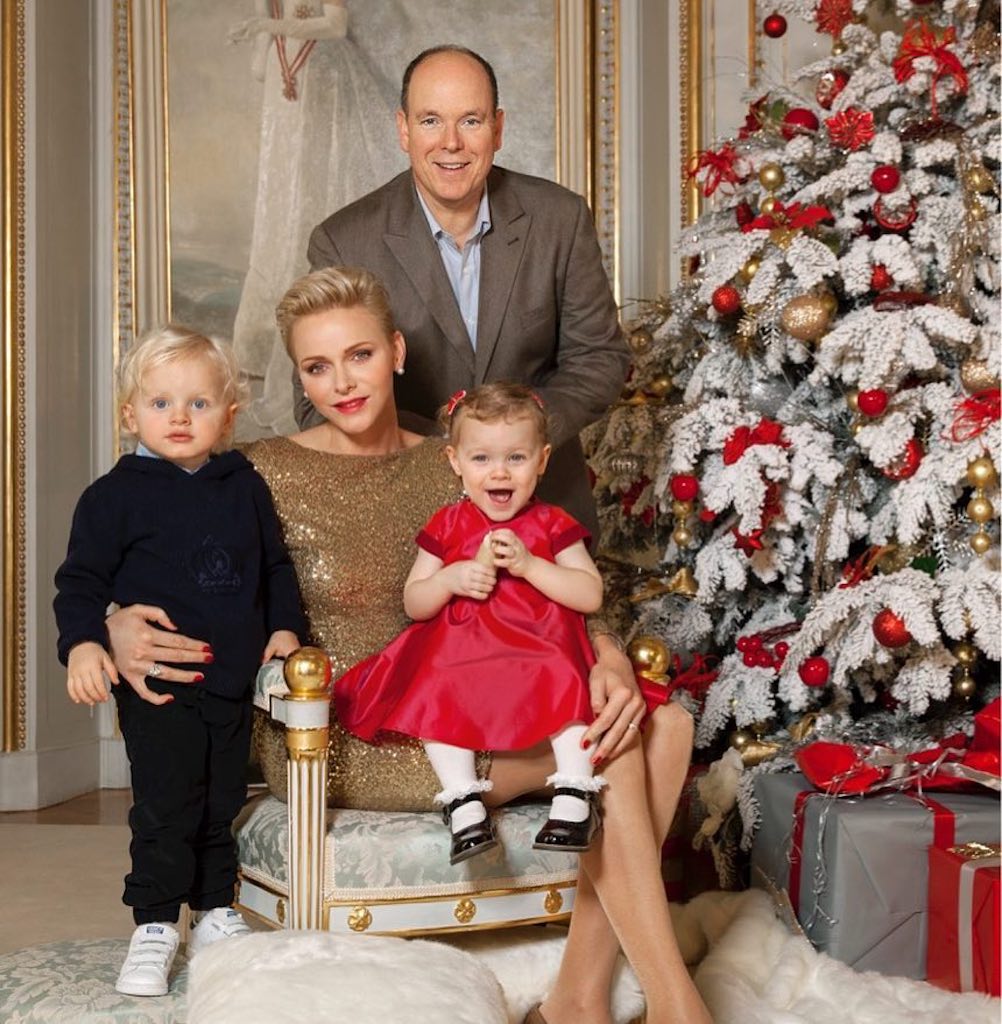 Former Olympic swimmer Charlene Wittstock married Prince Albert II of Monaco on July 2, 2011, in an extravagant wedding that took place over the course of three days and cost $65 million. The bride wore a custom Giorgio Armani gown and guests feasted on a special menu created by celebrity chef Alain Ducasse. 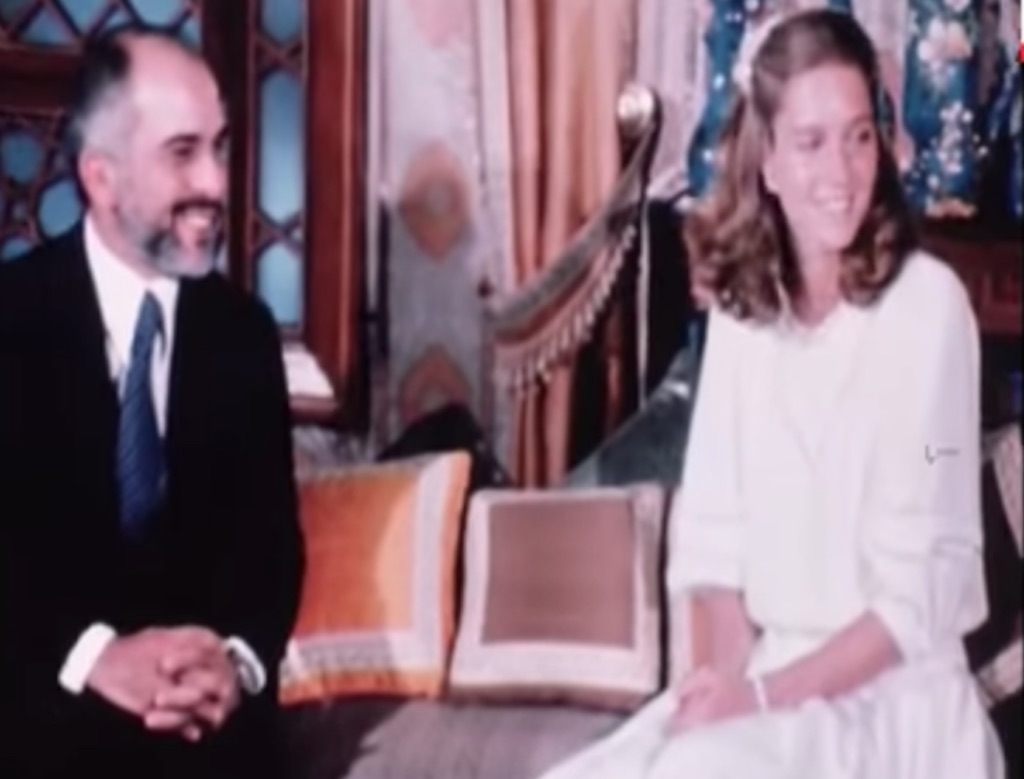 The world's only American-born Queen married King Hussein on June 15, 1978, at Zahran Palace in Amman, Jordan, home of the Queen Mother Zein, the mother of King Hussein, and the traditional site of Jordanian royal marriages.

King Hussein's office commissioned a wedding dress for Lisa Najeeb Halby from Dior. The house's designers came to Amman with sketches of elaborate wedding dresses, but Noor wanted a simple dress that would be in line with Islamic tradition. She showed the designers her favorite dress from her own closet, an elegant Yves Saint Laurent dress, and asked them to use it as inspiration. Her wedding dress was a simple white silk crepe dress with a high neckline and long bell sleeves which contrasted with the lavish surroundings of the palace. 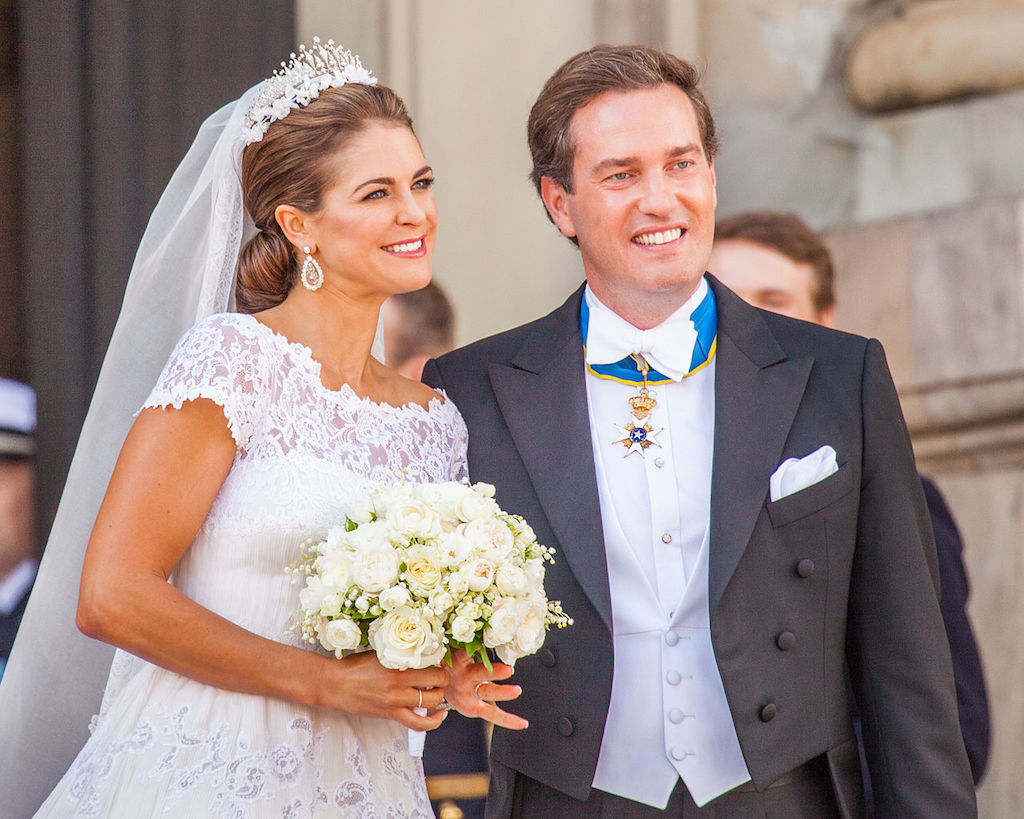 The Swedish princess married financier Christopher O'Neill in Stockholm, Sweden, on June 8, 2013. The bride wore a custom cap-sleeve, off-the-shoulder lace gown by Valentino. She was escorted halfway down the aisle by her father, King Carl XVI Gustaf. She and her husband-to-be walked together the rest of the way. The crown of Hedvig Elisabeth Charlotte, Queen of Norway and Sweden, was on the altar during the ceremony. It was the same crown that was present at the baptismal font at Princess Madeleine's christening. Their wedding cake was a pyramid of 700 macaroons. 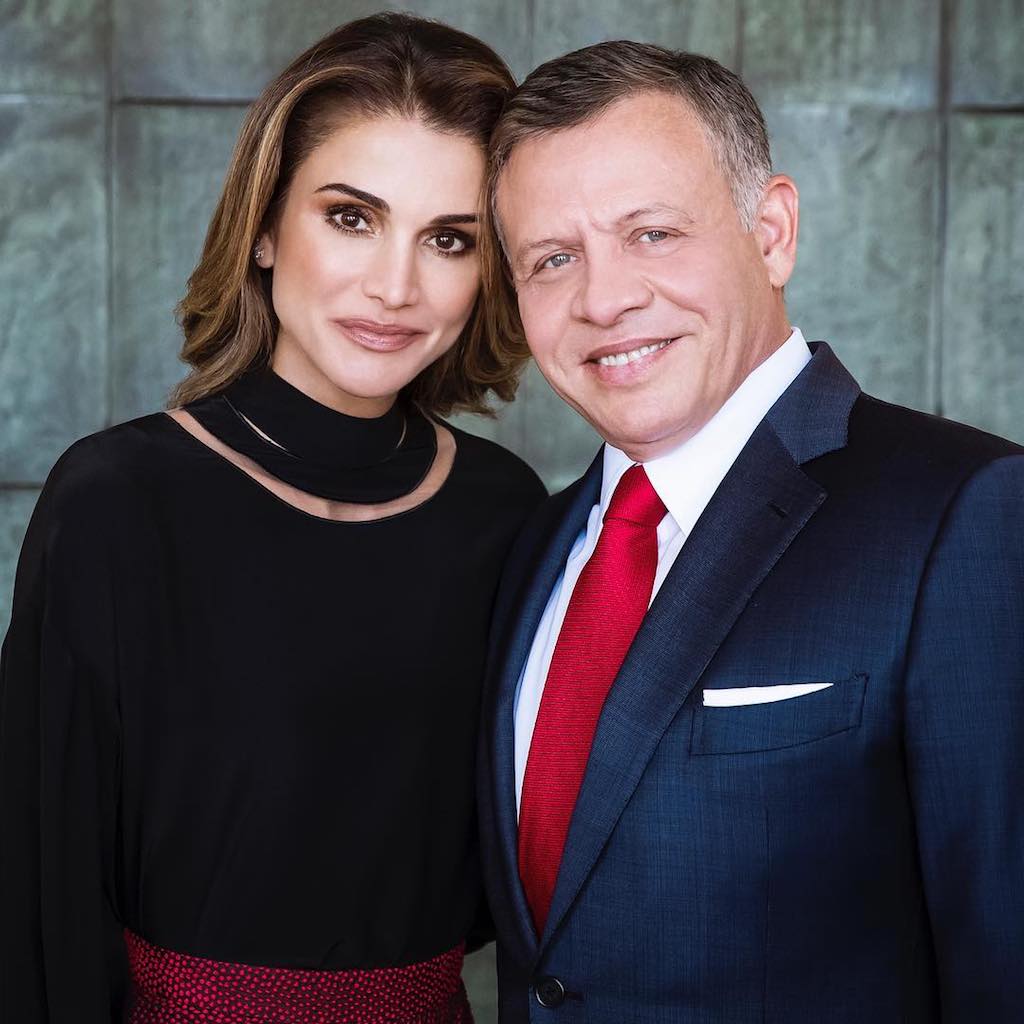 When the couple, now King Abdullah II and Queen Rania, wed on June 10, 1993, the wedding day was a national holiday. The oldest son of King Hussein's twelve children, Abdullah's marriage was a grand state occasion and a glitzy affair with royalty flying in from around the world to attend. Rania chose British designer Bruce Oldfield to make her two wedding gowns. For the traditional Muslim ceremony,  she wore a modest, short-sleeve gown with gold trim. Afterwards, the newlyweds toured the streets of Amman in an open convertible decorated with flowers and bows as they waved at cheering crowds. 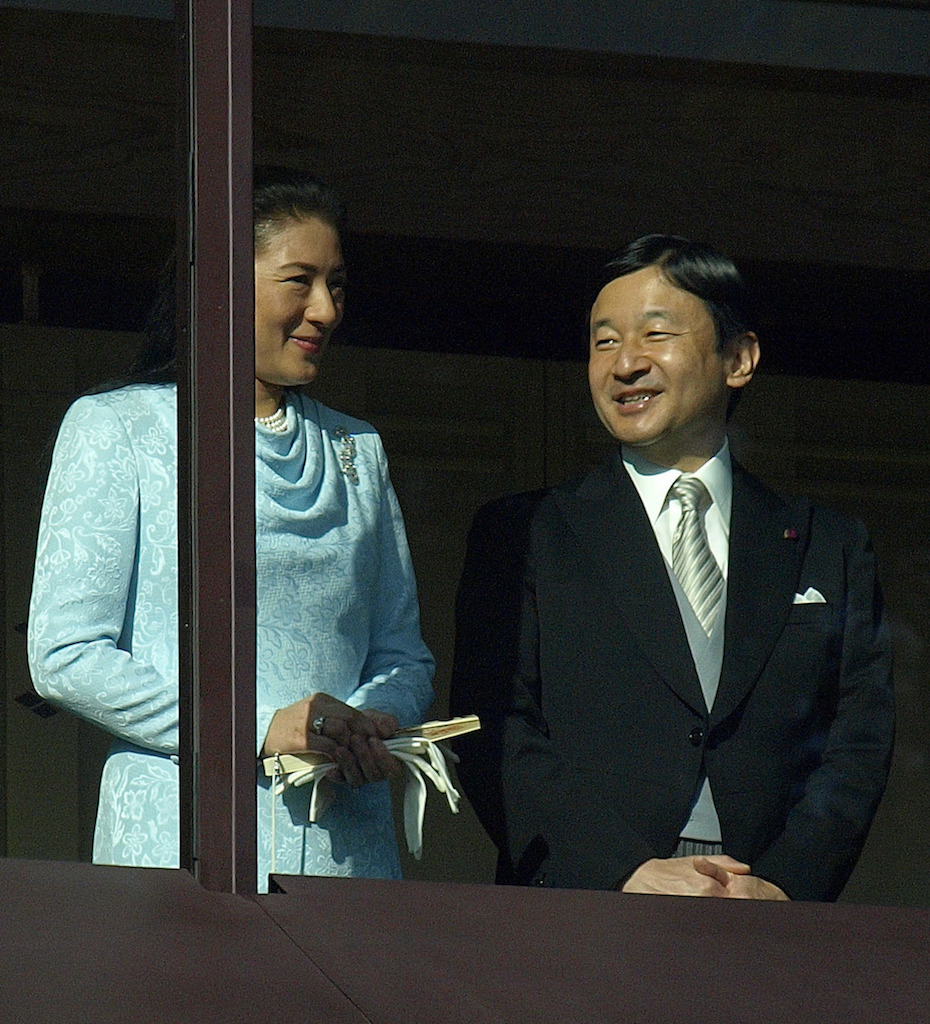 It was a national holiday when Crown Prince Naruhito married Masako Owada on June 9, 1993, at the Kashiko-dokoro, the Shinto shrine of Amaterasu, the Sun Goddess, on the grounds of the Imperial Palace in Tokyo. Millions of television viewers and 800 guests witnessed the ceremony where the couple dressed like reincarnations of a noble couple from Japan's feudal past. The bride wore a 30-pound silk kimono in the style of the 8th-century Heian period, which reportedly cost more than $300,000.

The couple's 1995 wedding in London at St. Sophia's Cathedral was a grandly romantic affair that cost a reported $8 million. The bride wore a $225,000 custom Valentino gown and was surrounded by 100,000 flowers flown in from Ecuador when she walked up the aisle. 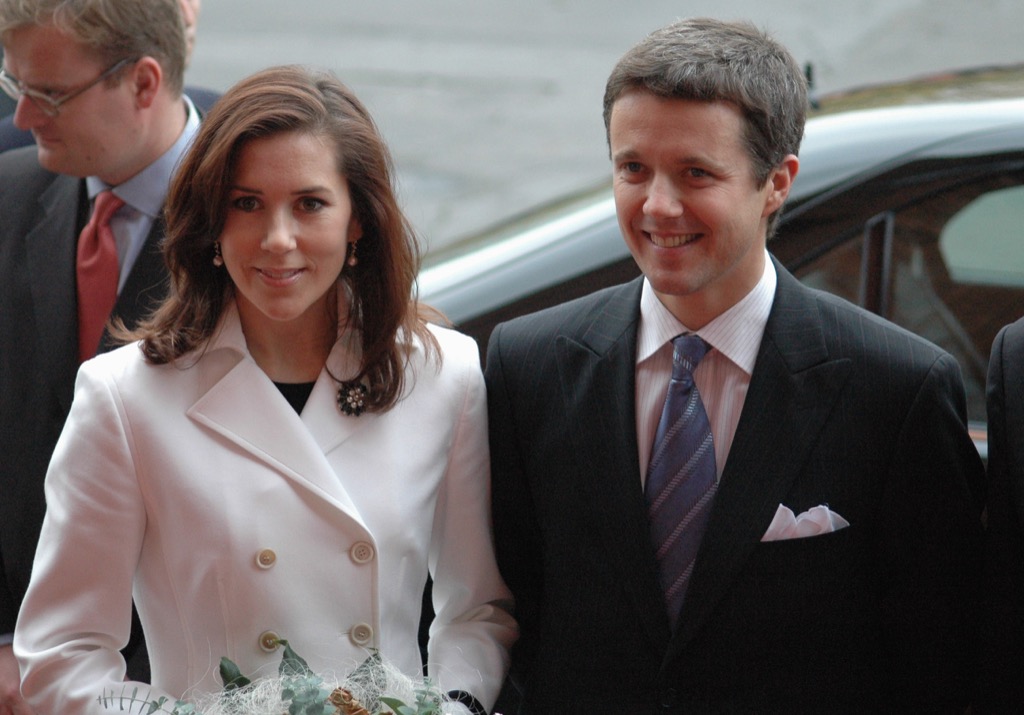 Crown Prince Frederik of Denmark and Mary Donaldson were married on May 14, 2004, at Copenhagen Cathedral in Denmark. There were several events leading up the wedding including a gala performance at the Royal Theatre. Members of the Danish government and other royalty from around the world including Britain's Prince Edward and Sophie, Countess of Wessex attended the ceremony.

The bride wore an ivory dress in duchess satin by Danish designer Uffe Frank. Her long veil was held in place by a diamond tiara given to her by Queen Margrethe and Prince Henrik. Her large diamond earrings were custom made for the wedding. Set in platinum, they featured brilliant-cut stones and large South Sea pearls. 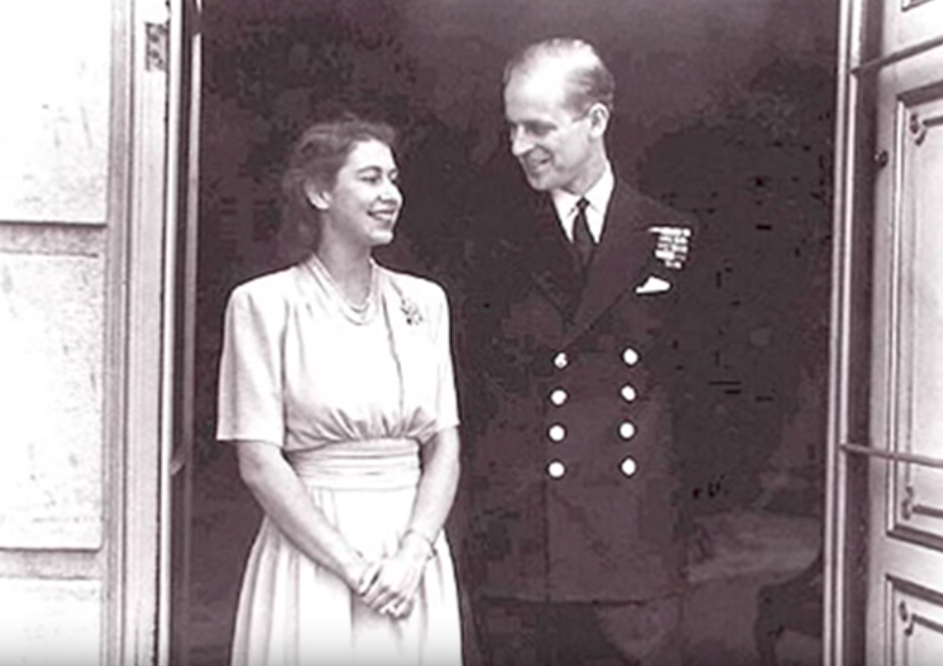 The future Queen of England and Prince Philip's wedding lifted a post-World War II Britain out of the doldrums on November 20, 1947 with a suitably regal wedding at Westminster Abbey. 2,000 guests including six kings looked on as the bride arrived at the Abbey on the arm of her father, King George VI, amid the sound of trumpets and roll of drums. Afterwards, the newlyweds rode back to Buckingham Palace in a glass coach and celebrated with a traditional wedding breakfast for 150 where guests were treated to a piece of the couple's 9-foot tall 500 pound wedding cake.

Queen Elizabeth's rebellious and glamorous sister's wedding to photographer Antony Armstrong-Jones on May 6, 1960, was the first royal wedding to be televised and more than 20 million viewers tuned in. The bride wore a stunning couture creation by royal favorite Norman Hartnell and a stunning diamond tiara. She had it worked into her elaborate chignon with a long silk tulle veil by Claude St. Cyr of Paris.

A 60-foot floral arch was erected in the Mall, which cost £3,000 and reportedly wiped out London's entire stock of roses, with Covent Garden shop owners complaining all that were left for days after the wedding were tulips. The decorations alone cost more than £20,000, the equivalent of almost half a million pounds today, with the whole wedding costing more than the Queen's. 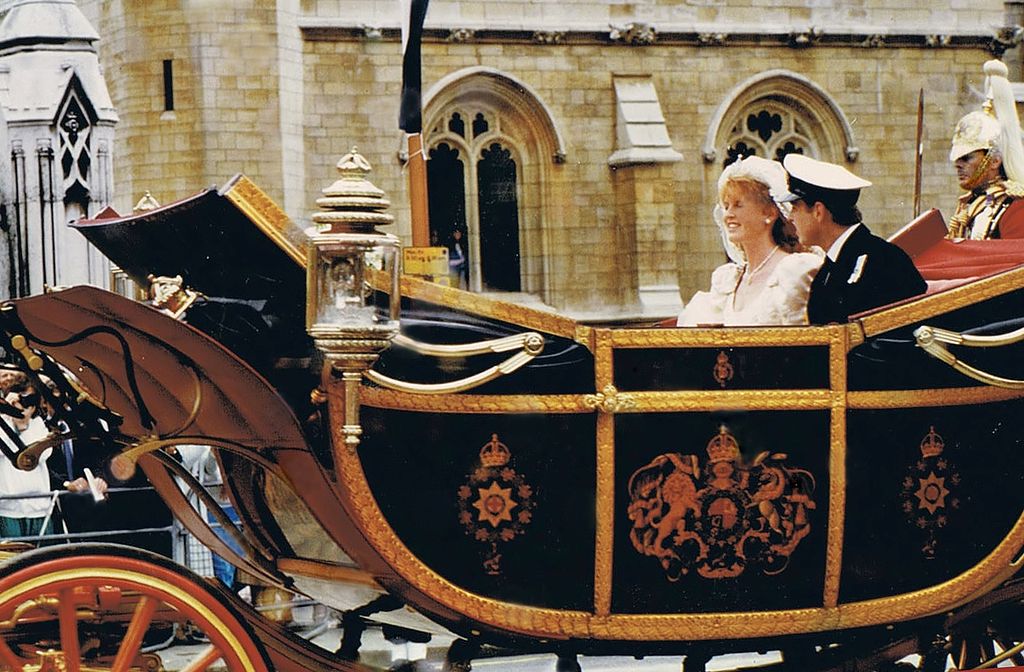 On July 23, 1986, 500 million people also tuned in worldwide to watch Queen Elizabeth's second son, Prince Andrew, wed Sarah Ferguson, the daughter of Prince Charles's former polo manager at Westminster Abbey. The bride wore a wedding ivory gown in duchess satin by Lindka Cierach featuring heavy beading with her husband's first initial sewn on to the gown's train. Afterwards, the couple celebrated at their reception at Claridge's Hotel attended by 300 guests. And regarding the upcoming Westminster nuptials, learn what's going to happen the night before the wedding.