15 Most Lavish Celebrity Weddings of All Time

Marriages may not last long in Tinseltown, but memories of the million-dollar weddings certainly do. Celebrity marriages are usually newsworthy for a few days, but throw in a seven-pound tiara or transportation via private jets, and the wedding won't soon be forgotten.

With Meghan and Harry giving us all a severe bout of wedding fever, now's the perfect time to look back at some of the most extravagant celebrity nuptials of all time. And if that's not enough celebrity news for one day, check out these 20 Crazy Things Celebrities Have Already Done In 2018.

When a notorious bachelor like George Clooney finally settles down, you know it's going to be one hell of a bash. The Oscar-winning actor and his now-wife headed to Italy, where they first met, to tie the knot, spanning the celebration over a four-day weekend. Between lodging at the five-star Hotel Cipriani and 5-course reception dinners for every guest, George and Amal's wedding is estimated to have set them back a staggering $4.6 million. For more salacious tidbits regarding Clooners, check out these 11 Mind-Blowing Things George Clooney Just Revealed to David Letterman. 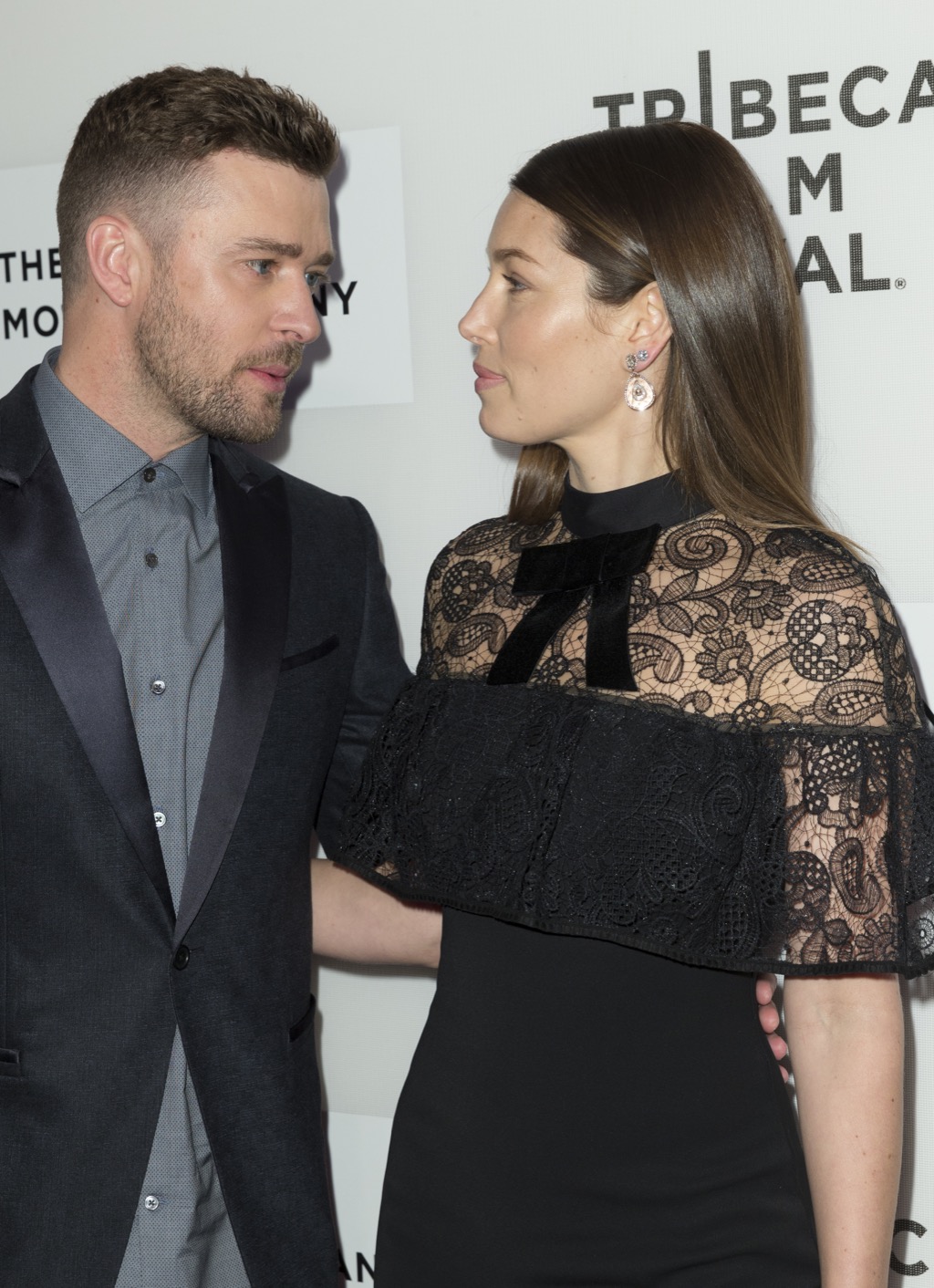 Given Justin Timberlake's penchant for entertaining, it's no surprise that the superstar's wedding involved a fireworks display over the Italian seashore and a serenade down the aisle. To keep the event paparazzi-free, JT and Jessica supposedly rented out the entire resort where they wed and didn't reveal the location to guests until just before the ceremony. Privacy like that doesn't come cheap though; Timberlake and Biel reportedly spent $6.5 million on their special day. 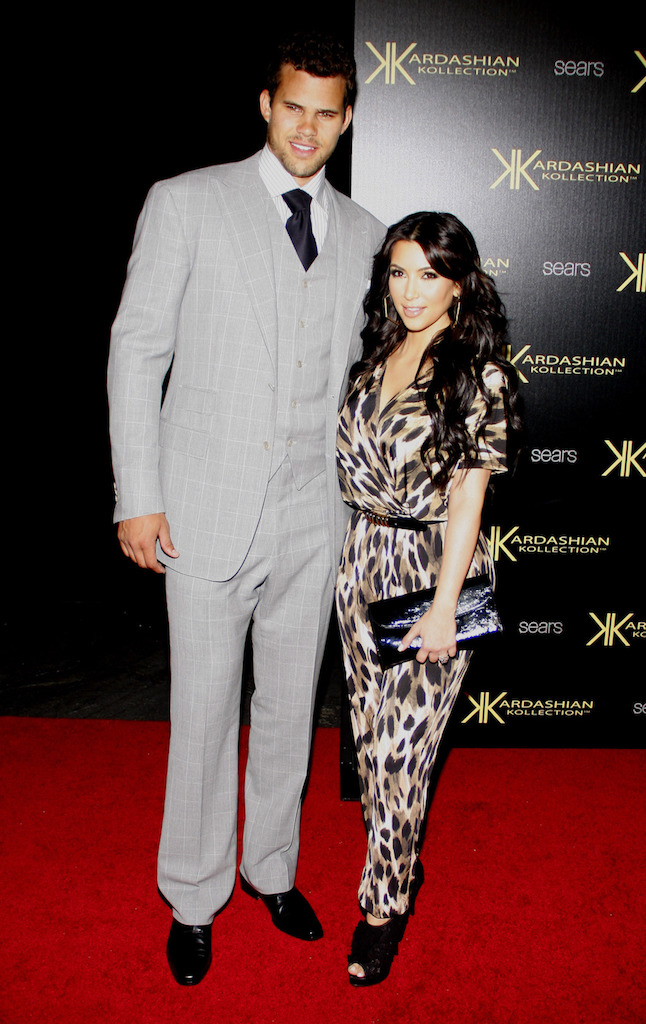 Though the marriage only lasted 72 days, experts estimate that media mogul Kim Kardashian and NBA star Kris Humphries' 2011 wedding cost at least $6 million, with $2.5 million alone spent on Kim's diamond headpiece. In typical Kardashian fashion, Kim wore three different Vera Wang wedding dresses on her big day—and of course, the entire thing was filmed for a four-hour E! special. And for more on lavish nuptials, read about how Meghan Markle's wedding will be entirely different than Kate Middleton's.ae0fcc31ae342fd3a1346ebb1f342fcb 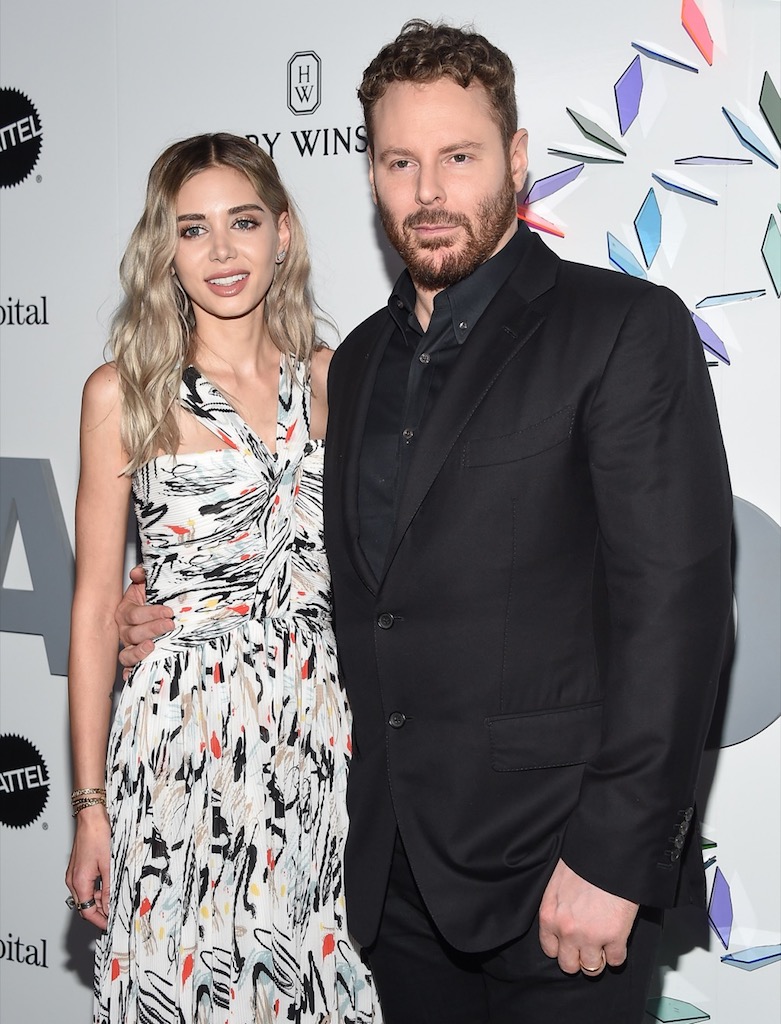 At Napster founder Sean Parker's Lord Of The Rings-themed wedding, there were two rings to bind them. Appropriately set against the backdrop of redwoods in Big Sur, California, Parker and his fiancée Alexandra Lenas planned a wedding straight out of a fairytale, with a 20-foot-high entrance gate, an imported stone castle, and custom-fitted Tolkein-esque costumes for every guest from the Lord of the Rings costume designer herself. During the reception, Parker and his new bride lounged on a 100-foot sofa-throne as Celtic music gave soundtrack to the night. Though Parker denies reports that the wedding cost $10 million, he conceded in Vanity Fair that preparations alone cost $4.5 million.

Considering the fact that Kanye West's epic proposal at AT&T Park cost the rapper $3.3 million, the wedding was a bargain at just $2.8 million. Instead of just a simple ceremony and reception, the power couple hosted an entire wedding week in Paris and Florence (because when have Kimye ever done anything simple?). Though they were denied permission to wed in the Palace of Versailles, they made do with a historical Italian fortress and entertainment, courtesy of friends Lana Del Rey and John Legend. For more on the world of Kimye, read up on Kim Kardashian's Defense of Kanye West's Epic Tweetstorm.

In what was hailed as "the wedding of the year", actors Catherine Zeta-Jones and Michael Douglas gathered their closest friends and family—including Jennifer Aniston and Tom Hanks—to witness their vows at the renowned Plaza Hotel in New York City. Zeta-Jones walked down the aisle in a $140,000 hand-beaded Christian Lacroix gown and $300,000 diamond tiara, and guests enjoyed performances from Jimmy Buffett, Art Garfunkel, and a 40-member Welsh choir. The couple saved a considerable amount of money by deciding against a destination wedding, but the lavish affair still set them back $1.5 million. 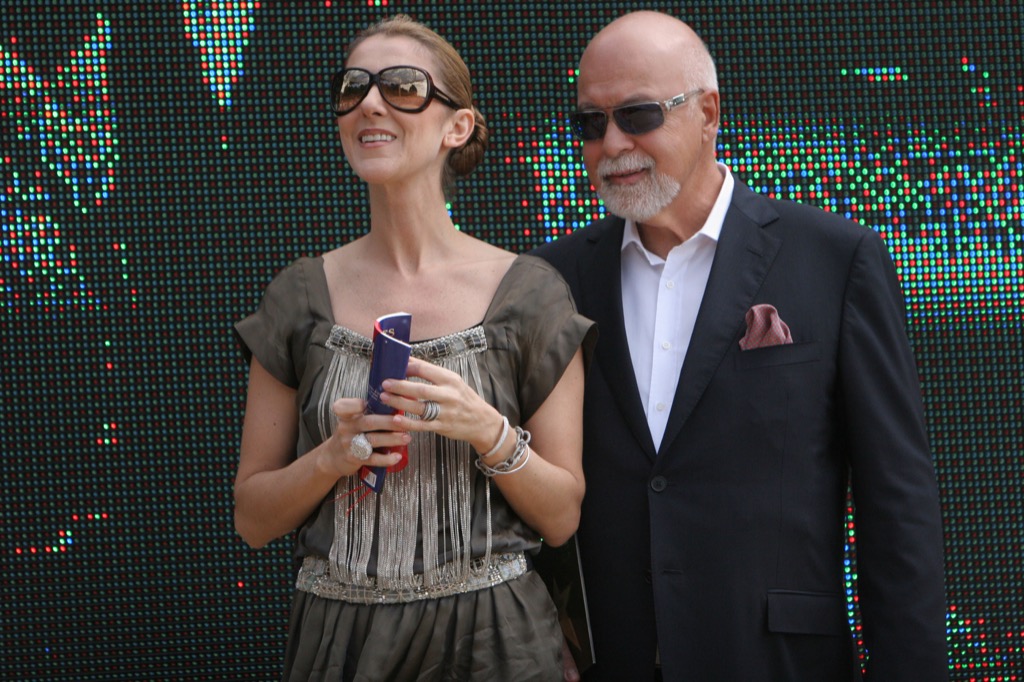 It's hard to think about singer Celine Dion without also thinking about her late husband and manager Rene Angelil. The inseparable pair tied the knot in Dion's hometown of Montreal in the Notre Dame Basilica, all the while broadcasting the ceremony live. On her big day, Dion wore a 20-foot train that took over 1,000 hours to create topped with a headpiece made of 2,000 crystals. 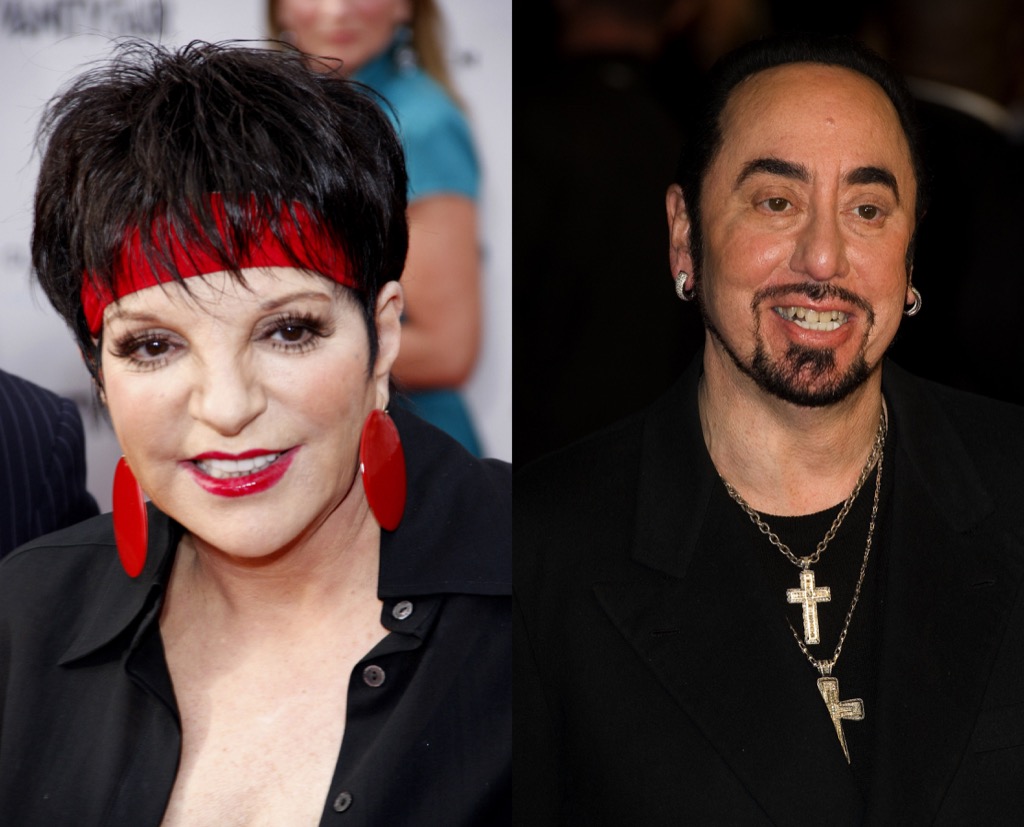 Liza Minnelli has been married many times before, but nothing tops—or perhaps ever will—her wedding to comedian David Gest. For her fourth wedding, Minnelli threw intimacy out the window and invited a jaw-dropping 850 people to witness her big day, including stars like Diana Ross, Elton John, Barbara Walters, and Mia Farrow. As for the bridal party? Elizabeth Taylor stood alongside Minnelli as maid of honor and the King of Pop himself was best man. "Even the stars were craning their necks," Minnelli's hairstylist John Barrett recalled to People. 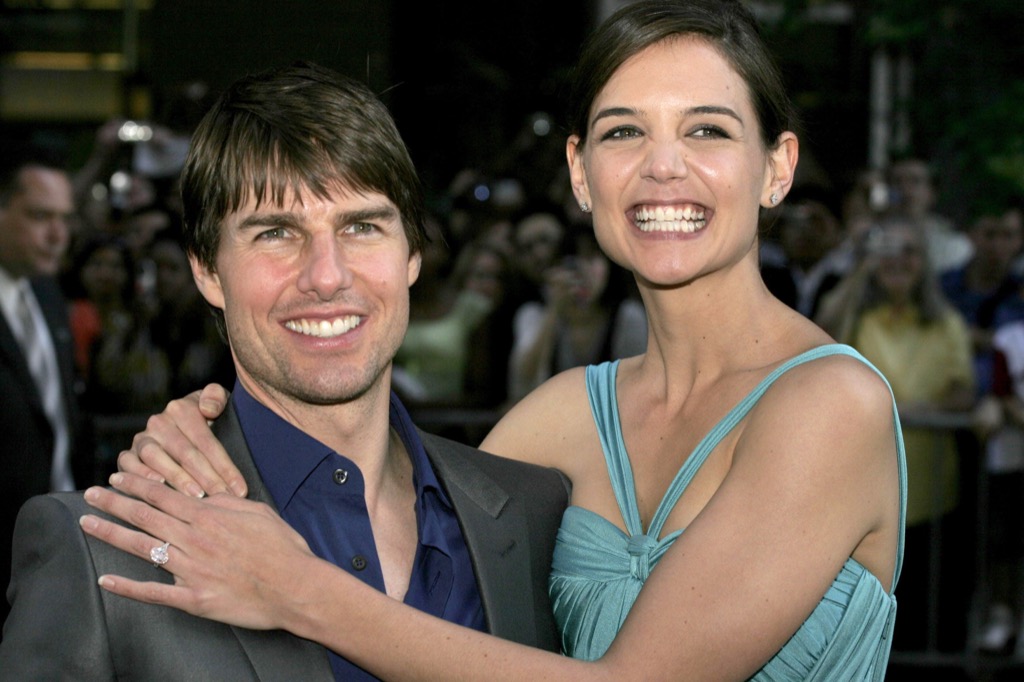 No, the marriage didn't last, but people still talk about TomKat's epic $3.5 million wedding to this day anyway. The three days of wedding festivities concluded with a ceremony at the Odescalchi Castle in Italy, where guests enjoyed a fireworks display, crooning from Andrea Bocelli, and Mark Ronson in the DJ booth. 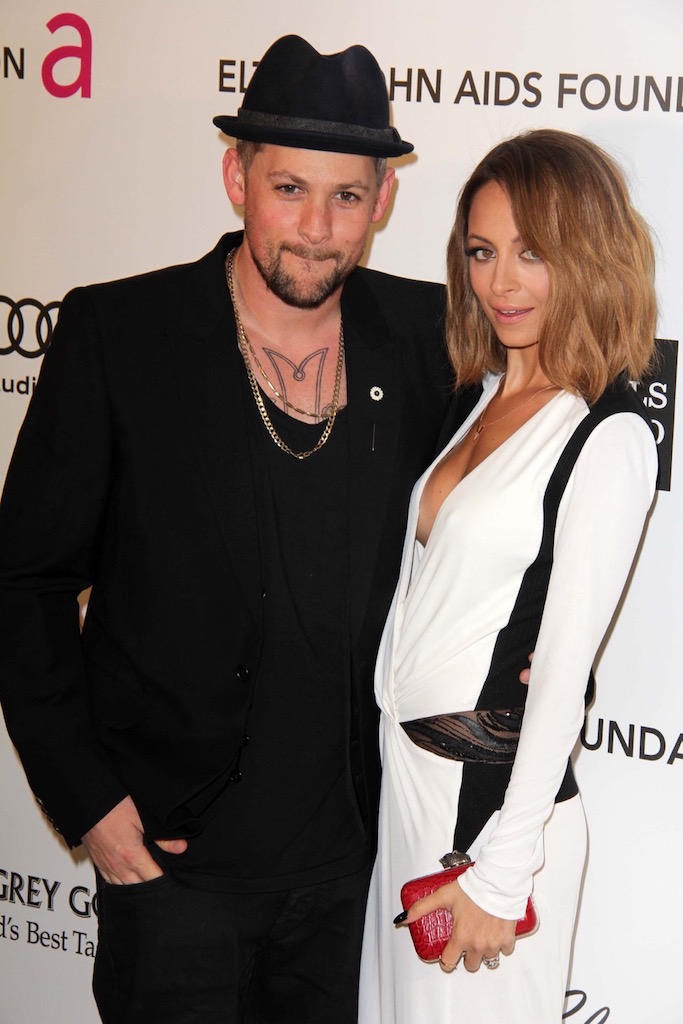 "I want to have a very, very big wedding," reality star Nicole Richie told Ryan Seacrest on Larry King Live! "I want like hundreds of people and elephants." And when she married rocker Joel Madden in 2010, a big wedding with elephants is exactly what she got. At Lionel Richie's estate in Beverly Hills, the couple wed in front of hundreds of guests, including celeb pals like Khloe Kardashian and Samantha Ronson. The fashion designer donned three different custom-made Marchesa dresses on her big day with the ultimate accessory—a 4-carat Neil Lane engagement ring. 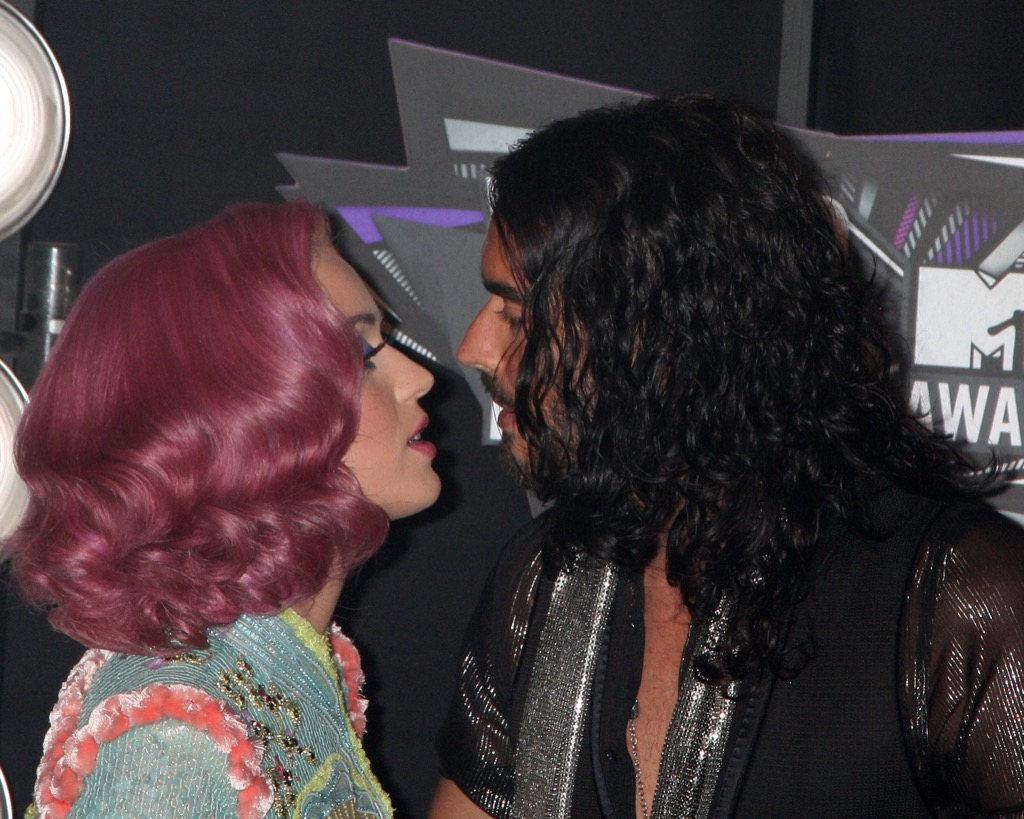 Humans weren't the only ones in attendance at Katy Perry and Russell Brand's wedding. At the Aman-i-Khas luxury resort in northern India, Brand was accompanied down the aisle by his bridal party, as well as 21 camels, elephants, and horses. As part of the festivities, guests even enjoyed tours of the surrounding parks before the nuptials—though it's unlikely Perry trekked through the parks in her $7,000 Casadei heels.

Former Beatle Paul McCartney pulled out all the stops for his $3.2 million wedding to Heather Mills. McCartney and Mills gathered 300 of their friends and family for the ceremony at a 17th-century church in Ireland, followed by a strictly vegetarian reception. The only thing more expensive than their wedding? The divorce. 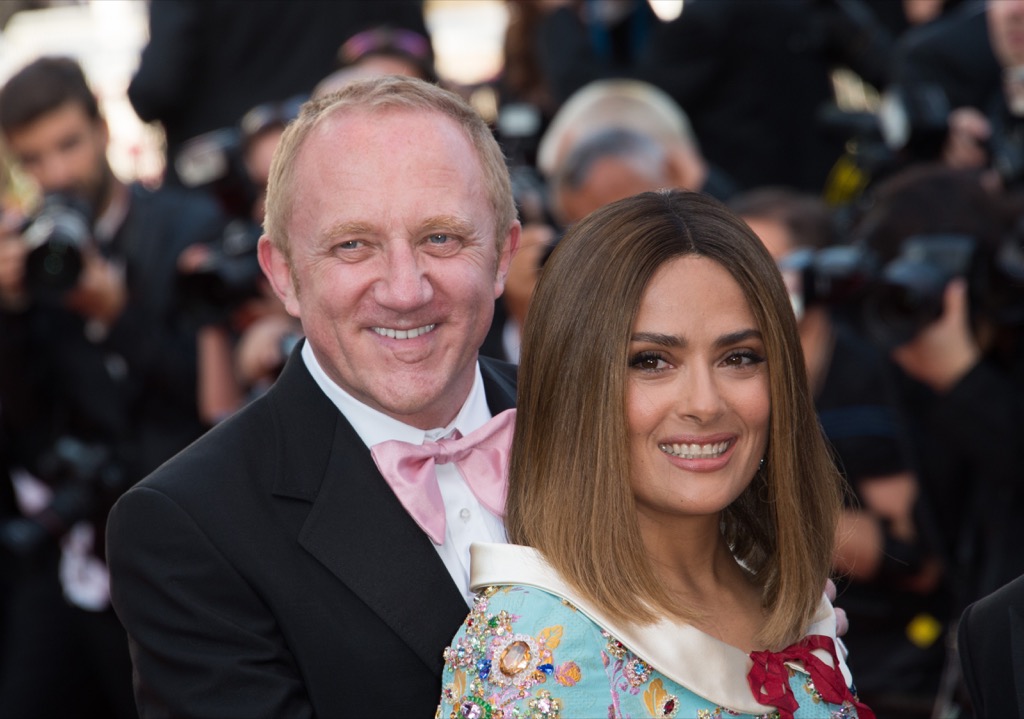 In the famous Teatro La Fenice in Venice, actress Salma Hayek and billionaire Francois-Henri Pinault exchanged vows surrounded by 150 guests. The night before, the couple hosted a masked ball at Punta Della Dogana, where guests donned black and gold masks for the night. The Italian extravaganza cost the couple a cool $3.5 million. 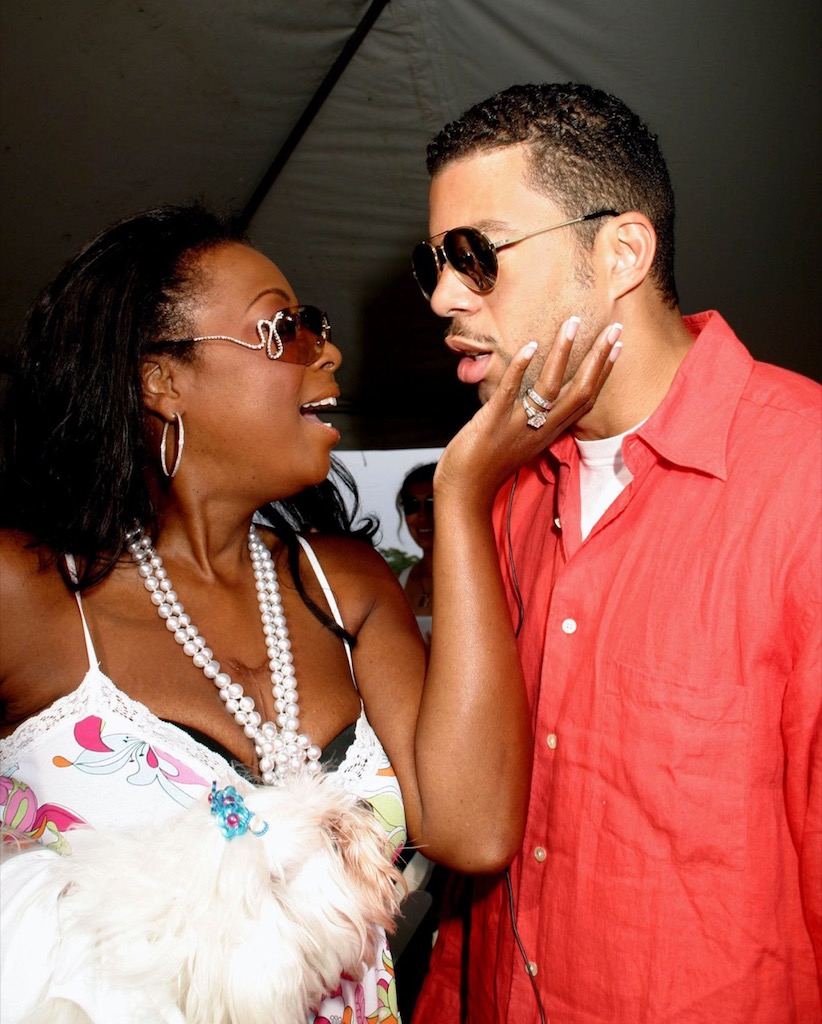 On the day of her wedding to now-ex-husband Al Reynolds, Star Jones truly was the star. As she walked down the aisle, a spotlight illuminating her 27-foot tiara and veil that seemed to stretch for miles, some 450 guests were treated to the ceremony of the century. "If I ever get married again, I want to marry Star, because she knows how to do this right!" Kim Cattrall told People. At the reception, guests sat down at crystal-dusted tables and enjoyed slices of the 27-foot cake. 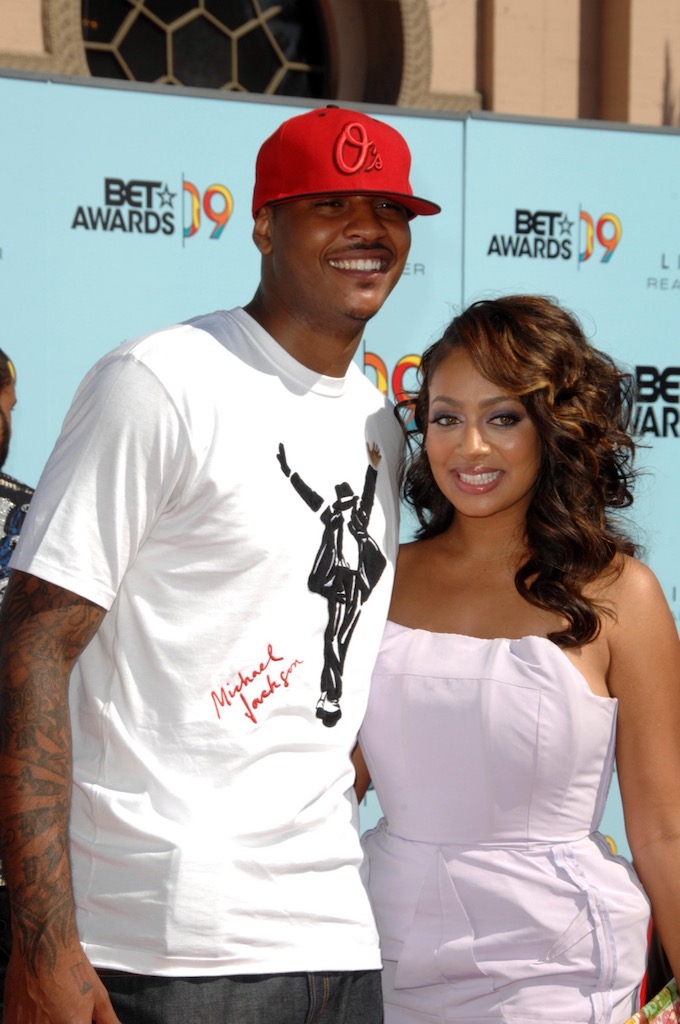 Carmelo Anthony and LaLa Vazquez are New York City staples, so it only makes sense that the duo opted to get married in the Big Apple. At the Cipriani 42nd St, LaLa walked down the aisle in a Vera Wang gown and jewelry worth $250,000. For the post-ceremony celebrations, LaLa changed into a Romona Keveza Collection dress and she and her new hubby partied hard with pals like Kim Kardashian, LeBron James, and Ciara (who busted out some impromptu raps). If you missed the affair back in 2010, the festivities were filmed for a five-part reality series on VH1. And for more amazing Tinseltown coverage, check out the 20 Most Unlikely Celebrity Friendships.