Including the amazing way he wooed Amal

George Clooney, 56, is a hard man to get a hold off these days, given that he's busy being wildly in love with Amal, 40, raising their 8-month-old twins, Alexander and Ella, and trying to save the world.

But he couldn't say no to appearing on "My Next Guest Needs No Introduction," a six-part Netflix original talk-show with none other than David Letterman. The first episode, which dropped on January 12, featured Barack Obama, and if you haven't watched it already, you must. His second episode, which was just released, featured Clooney, and it too is fascinating.

Letterman has that effervescent quality that every talk-show host needs: a natural ease which makes even the most gun-shy celebrity reveal things we never knew about them. Watching the two of them speak is like seeing two old friends grab a couple of beers at the bar together after a long day; there's no sense of an audience at all.

Here are some of the most interesting things Clooney divulged in the 52 minute segment. And for more on the wild lives of celebrities, don't miss the 20 Craziest Hollywood Rumors of All Time.

1
He Used His Dog to Woo His Wife 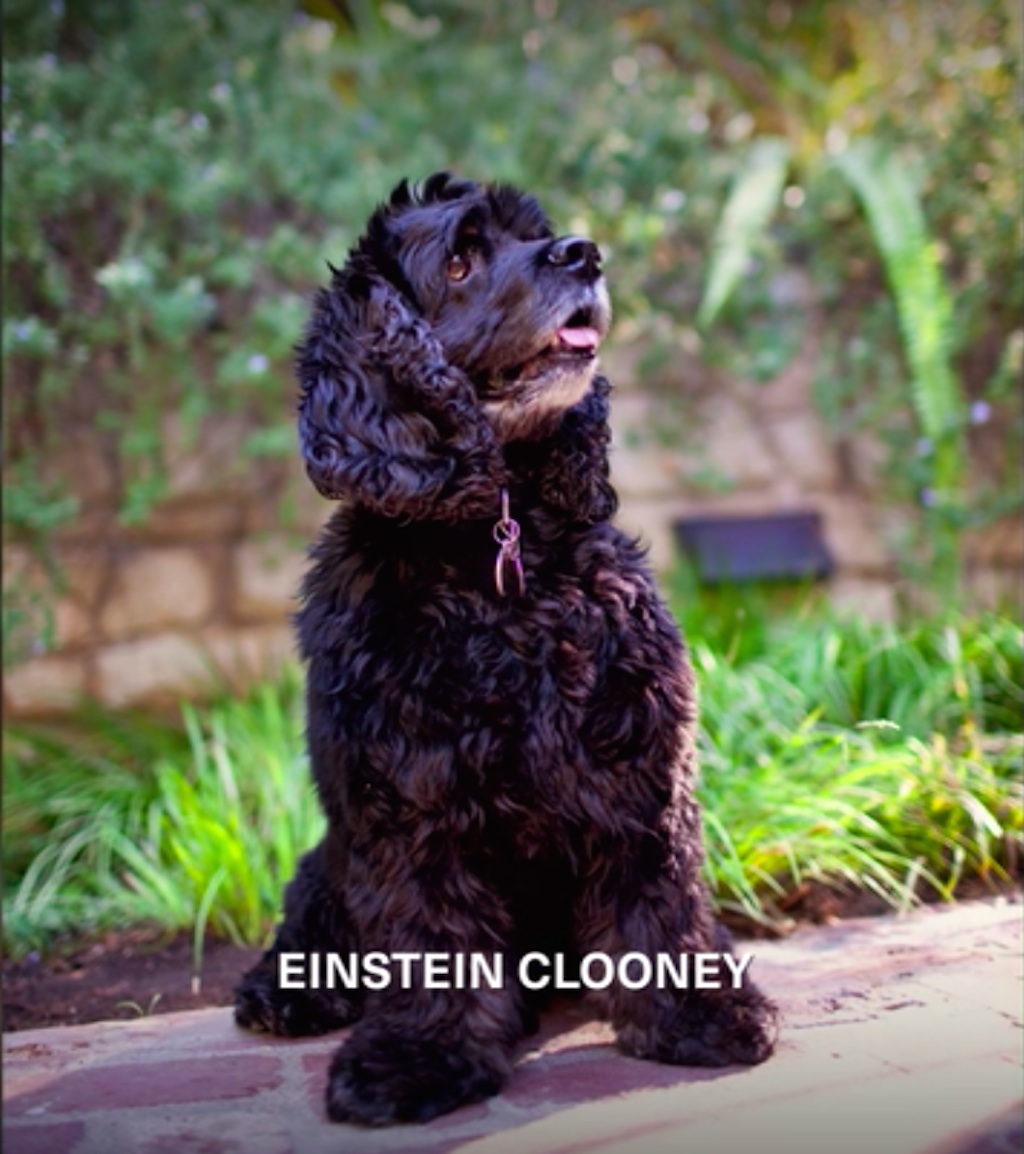 Clooney met his wife in his house in Lake Como, Italy, when a mutual friend of theirs said that he was stopping and asked to bring Amal. Apparently, his agent then called and said, "I've met this woman, you're going to marry her."

His mom and dad were visiting, so they were there, too. They stayed up all night talking, and he asked her for her email address. They began emailing, but he wasn't sure she was interested [at this point, Letterman gives him the are-you-serious look, but Clooney makes the decent point that he is 17 years older than her, and, also, she is a stunning top human rights lawyer]. So he pulled an incredible move. He started sending her emails… from his dog.

"I had this dog, Einstein, and she's a human rights lawyer, so I would write letters from Einstein to her saying, 'I'm being held hostage and I need a lawyer.'" Take notes, fellas!

2
He Spent His Childhood Christmases Delivering Gifts to Underpriveleged Kids 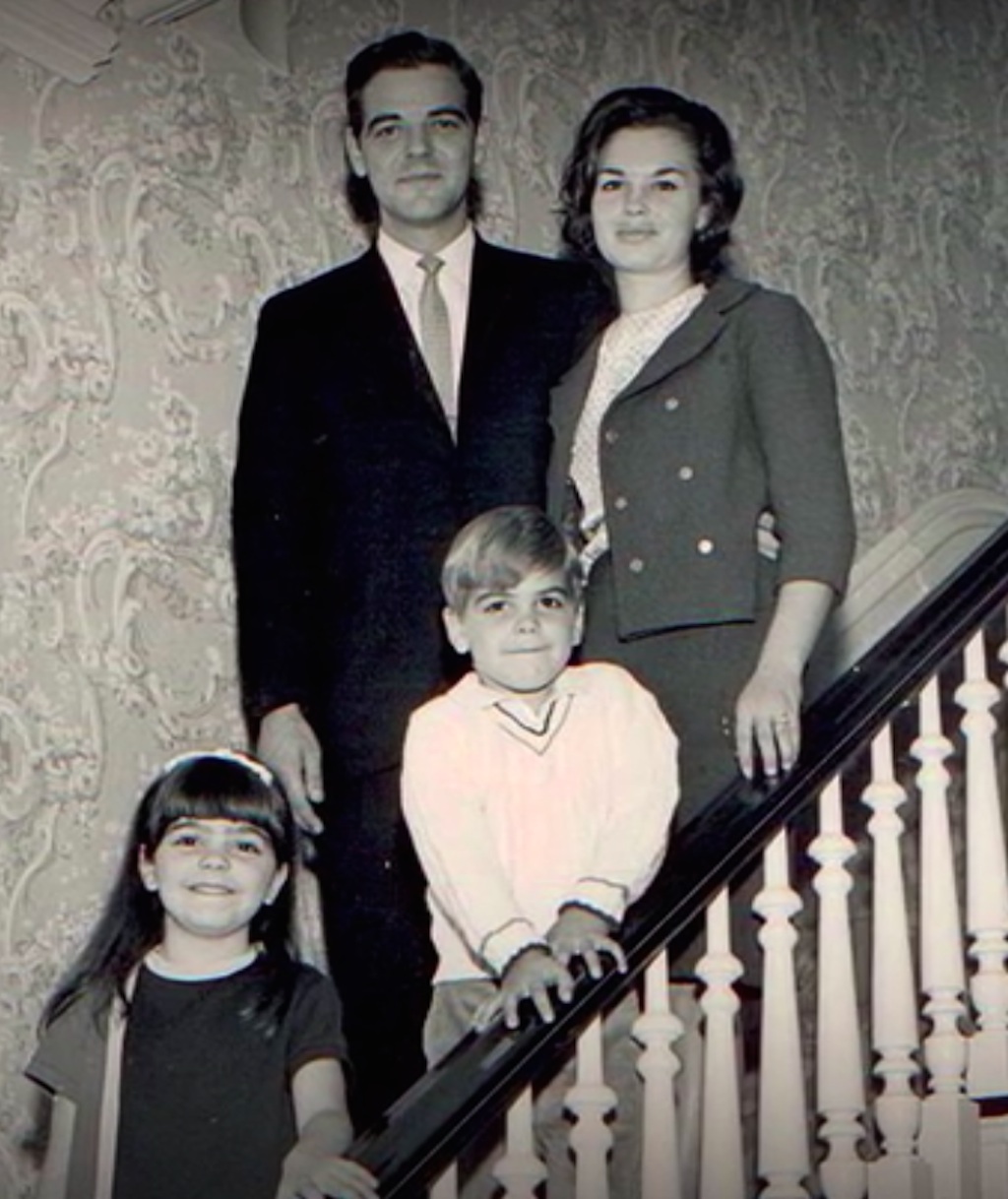 His parents were very good people and true pillars of the community. So, every year, people would send him letters telling them that they wouldn't be able to have Christmas because they got laid off from their jobs or the mines closed or some such.

They weren't particularly rich, but they would pick one family, and buy presents for these children, and then deliver them on Christmas morning. "I remember going in and cleaning their kitchen for like an hour and a half," he said. At the time, he said it seemed awful, because he just wanted a normal Christmas, but now he sees how that has influenced how he chooses to spend his free time with his humanitarian work.

3
He Suffered from Serious Catholic Guilt 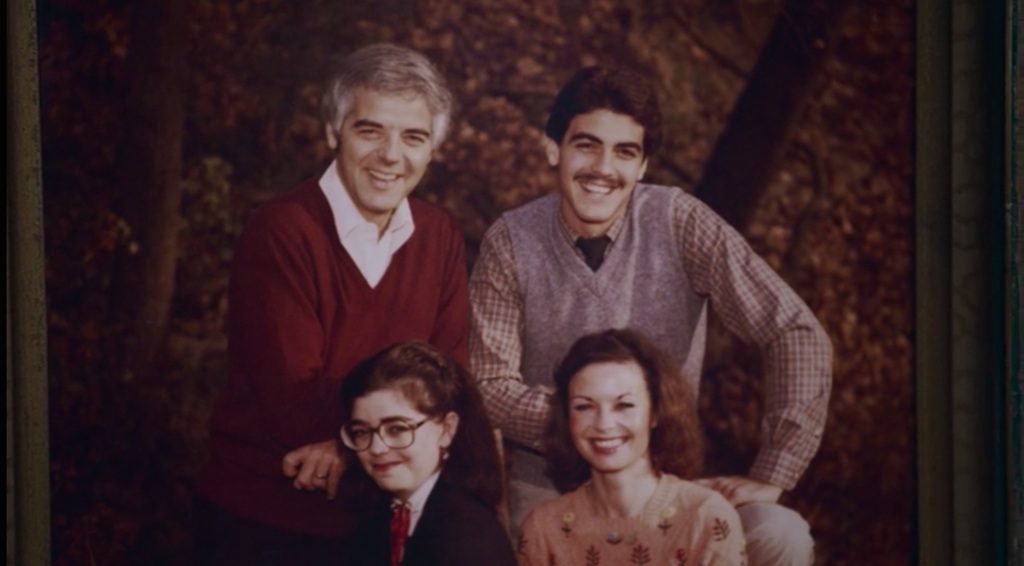 When Letterman said that he only does humanitarian work to make himself feel good, Clooney admitted that's probably why most people do it. Either that, or to absolve guilt. He was raised Catholic in a small town, so he didn't want to admit all of his sins to the priest because he knew he would recognize his voice. "So I would only confess what I deemed was important for him to know, and then I'd fill my shoes with gravel and jump off the top of my bunk beds," inspired as he was by the story of a saint who filled her shoes with pebbles for penance.

4
He Really Loves His Wife 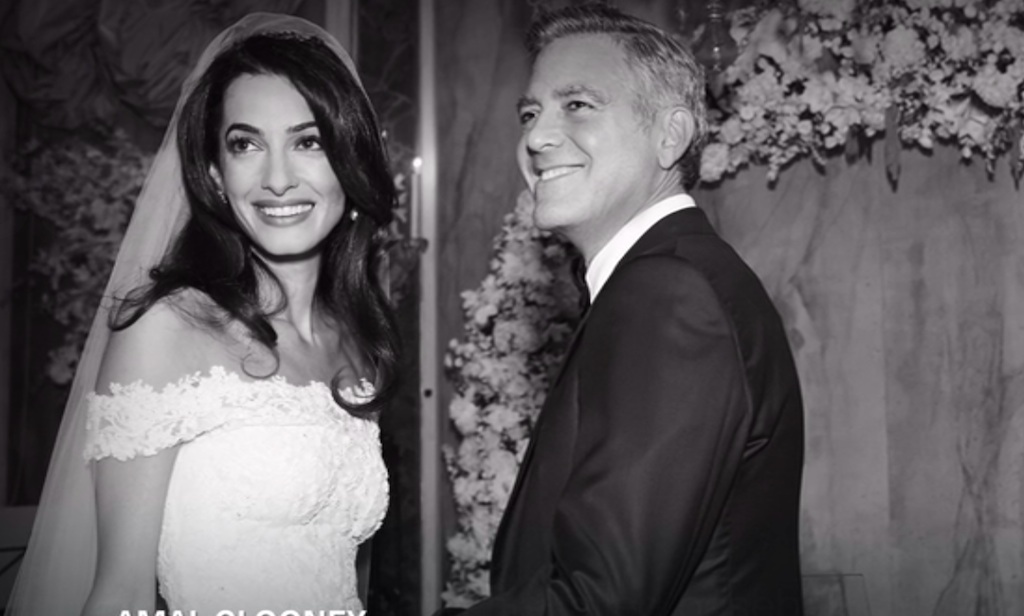 This one isn't exactly a "revelation" since he gushes about her all the time, but the way he put it this time was especially sweet: "She is sort of this remarkable human being and now mother which is something I suppose, you should assume she would be wonderful at, as well, but when you see it in person, it makes you feel incredibly proud and also incredibly small… I met someone who I would absolutely trade my life for. I met someone, who, her life meant more to me than my life. I had never had that experience before."

5
His Parents Were Insanely Attractive

Genetics don't lie. His father, Nick Clooney, was a broadcaster who had his own show in Cincinnati, Ohio. His mother was the first runner-up in the Miss Kentucky Pageant. Fun fact: Clooney's dad and Letterman actually worked for the same corporation, so Letterman was aware of him even though they didn't actually meet; Letterman was doing the weather in Indianapolis, Indiana while Clooney's father was doing the news in Columbus, Ohio.ae0fcc31ae342fd3a1346ebb1f342fcb 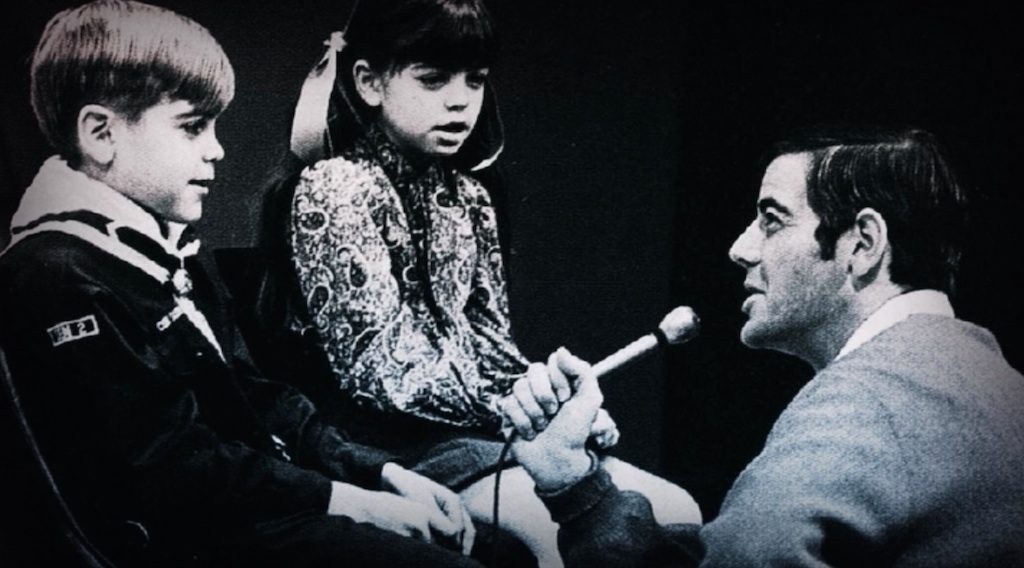 When Letterman asked whether or not his dad's performative background was what got him into acting, Clooney revealed that he used to go into the prop room at the station and put on these outfits like a Leprechaun costume or the Easter Bunny, and then his father would interview him on the show in these suits.

"I'm literally like, eight, and I've got a leprechaun outfit on and my dad goes, "'So, St. Patrick, it's a big day, for you right?'" Clooney recounted, and he would respond in character. But he really learned his acting chops at his parents' perennial cocktail parties where, at the age of 8, he loved to tell the punchline to his father's jokes.

7
He Grew Up Around Some Incredible Women 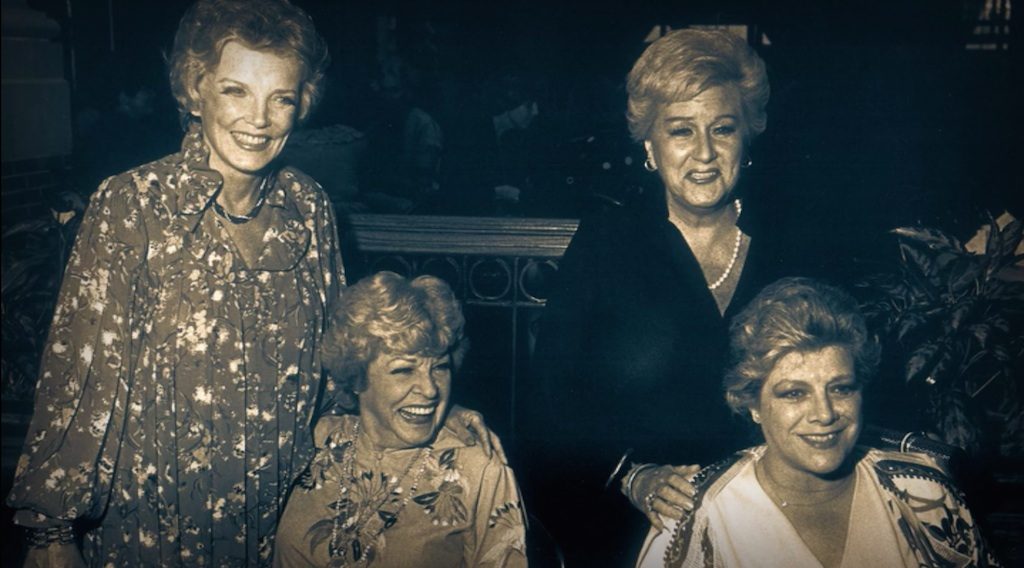 His aunt, Rosemary Clooney, was a famous singer who was on the cover of Time magazine, but he didn't get to spend much time with her. But he does remember when she came down to do a show with three other famous women in show business, all of whom were sassy old broads (Clooney emphasizes that was their term, not his).

Clooney doesn't specify his age, but he says that his aunt asked him to drive them all to Kentucky for a show, and he was working in tobacco fields for $3.33 an hour, so he must have been in college (and, also, in a Steinbeck novel). They'd down entire bottles of vodka and drive home in their sequin gowns and tell him, "Pull over, I gotta take a whizz," and just pull one leg out of the car to go, while saying, "Don't turn around, George, you'll learn too much about the aging process."

"I got a real education from these women," Clooney laughed. 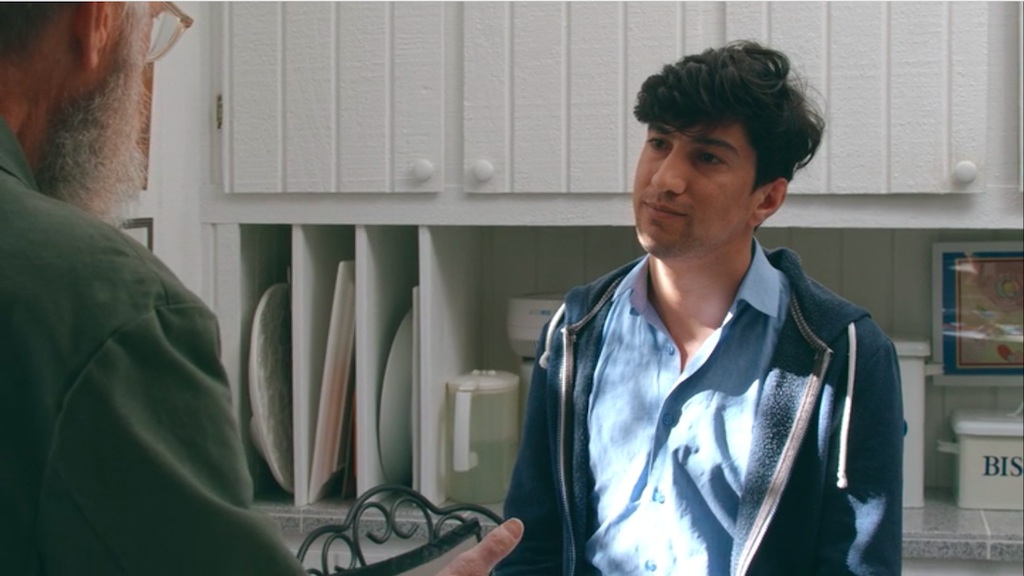 The Clooneys don't just talk about helping people, they get involved in deeply personal ways. One of the big surprises of the show was that Amal, George, and his parents decided to sponsor Hazim Avdal, a Yazidi refugee fleeing ISIS.

"I remember being so struck by his courage but also just this amazing spirit and how he spoke about even after everything he'd lost, he spoke about a desire for justice, not revenge," Amal said. "He spoke about his dream of one day studying in the U.S. and I know we all had the same thought which was, well, maybe there's something we can do to help with that." He is now a student at the University of Chicago and living close to Clooney's parents, in a stunning lake house that'll make you drool.

9
He Wanted to Be a Baseball Player 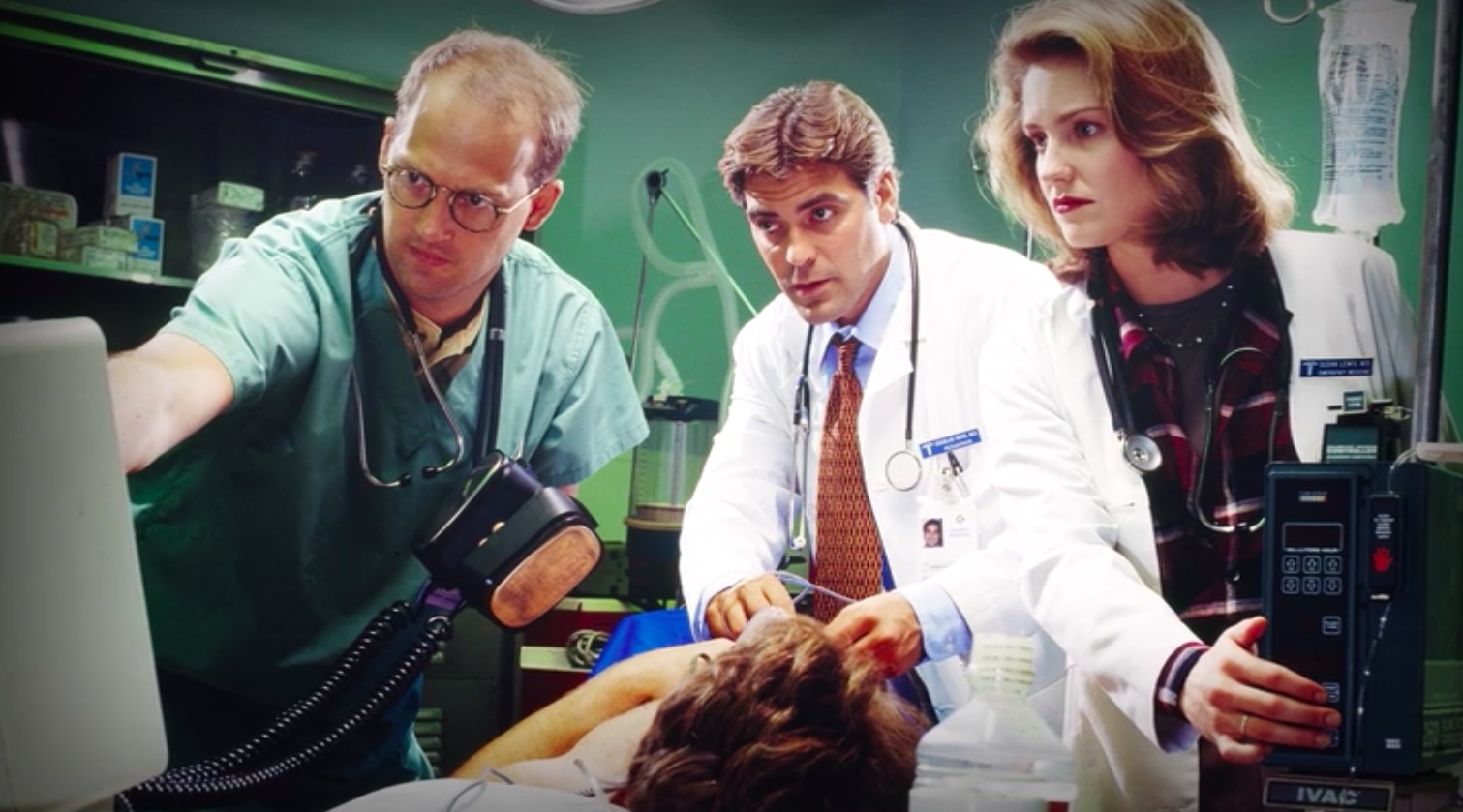 Before acting, Clooney's first love was baseball, and according to him, he could really play. In 1977, when he was just 16, he tried out for the World Series champion Reds, who were in Ohio scouting the best baseball players at different high schools.

"I really thought, my whole life, trying out, that I was going to be a professional baseball player," he said. "But, then, I remember being sent home the first year, and the second year I came back, and I got past the first round, which was the arm and the speed. And then I got to take some hits. And I remember standing in…and this [minor league pitcher] is throwing us 87-mile hours fastballs or something… and I'm just jacking these balls, and I'm feeling like a king… And the guy's kind of looking at me like, 'You're an idiot, I'm just throwing you meatballs to hit,' so he throws a curveball at my head, and the sound that it made coming towards my head, and how embarrassingly bad I fell backwards, and how far on the outside of the plate the ball ended up… I remember standing up and thinking, 'Oh, I'm never going to be a professional baseball player." Fun fact: Here are 12 Famous Actors You Forgot Were Once Professional Athletes.

10
He Became an Actor on a Whim 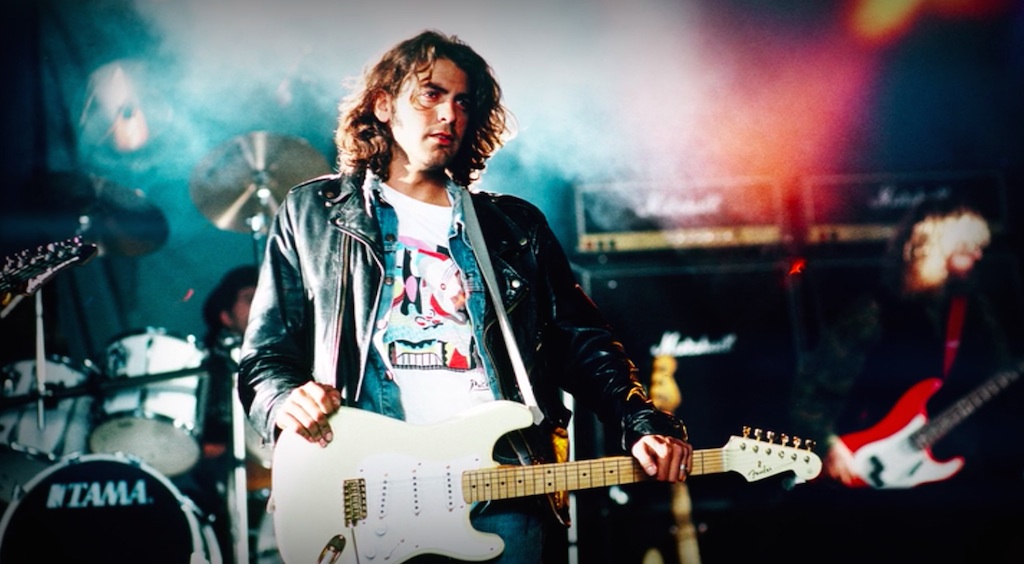 Or at least that's what he sounds like. One day, his cousin, Miguel Ferrer, and his father, both of whom were actors, came to Kentucky to do a movie called Centennial, and got him cast as an extra. "Miguel said, 'You gotta come to Hollywood and be an actor,' and I said, 'OK.' So I got into my '76 Monte Carlo with rust all over it, and I drove it all night for two nights—I couldn't turn it off cuz it wouldn't start again—and I did a lot of television for a long time."

11
He Suffered from Bell's Palsy 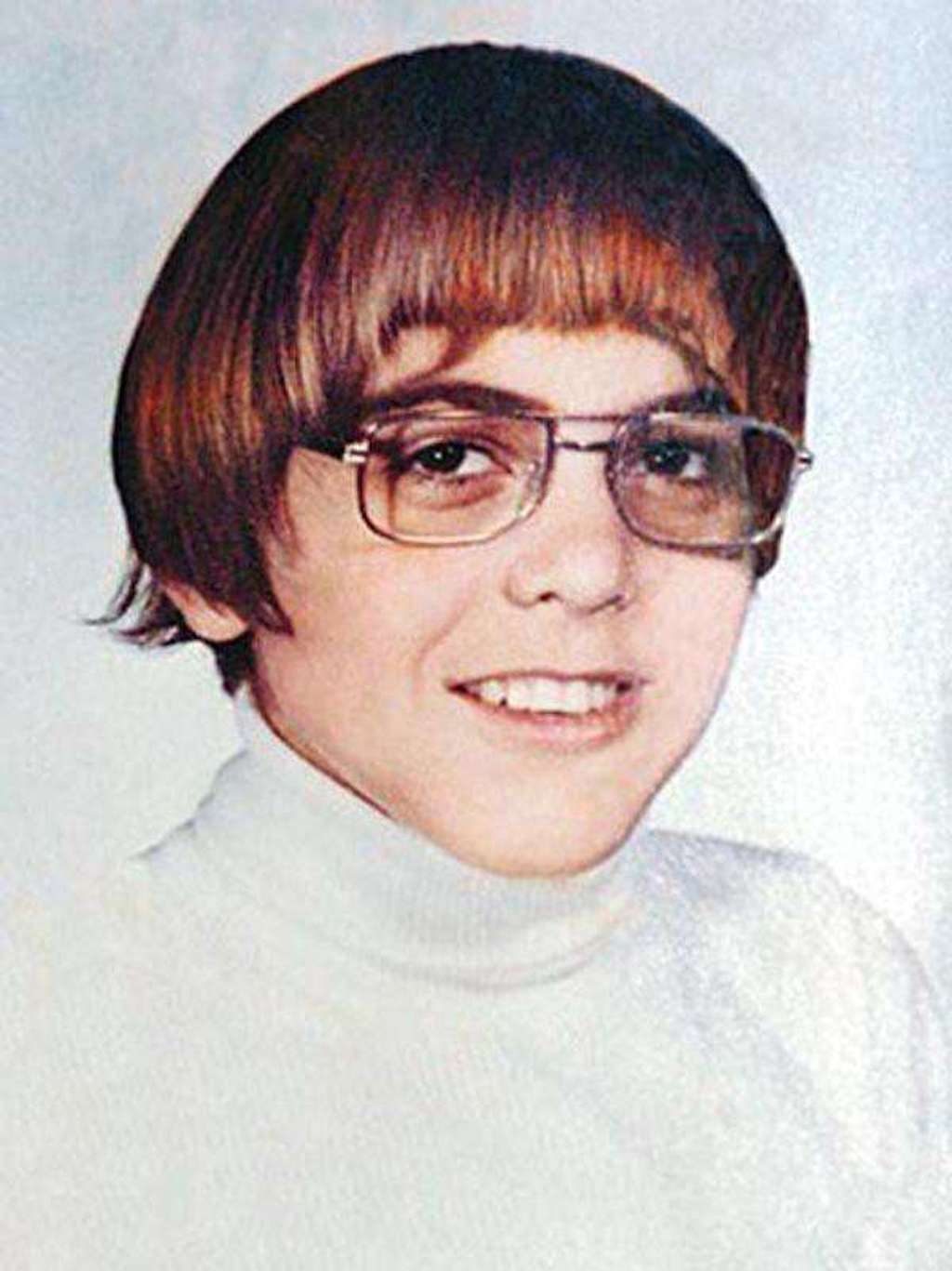 Handsome as he is now, Clooney was once nicknamed "Frankenstein," due to a terrible condition that paralyzed half of his face in freshman year of high school. The way he coped with that was that he made jokes. "Those kinds of things give you personality, they teach you how to make fun of yourself  and not take yourself too seriously."

Diana Bruk
Diana is a senior editor who writes about sex and relationships, modern dating trends, and health and wellness. Read more
Filed Under
Celebrities
Read This Next
Latest News
Read This Next