A.I. is here, it's all around you, and it is not going anywhere.

Picture artificial intelligence in your head. It's something (literally) straight out of science fiction, right? Something along the lines of Hal 9000 from 2001: A Space Odyssey, or Ultron from The Avengers: Age of Ultron, or The Borg from Star Trek, or The Sentinels and Agent Smith and even, to a degree, the Matrix itself from The Matrix trilogy?

If you're unfamiliar with any of these characters, yes, they're all canonical villains. And there's a reason for that. Villains naturally amp up the this-can't-happen-to-me factor, pull us into the fiction, entertain for a spell, and spit us back into the real world, where everything is safe and sound. So, when four of the widest-reaching and most influential science-fiction franchises of all time—works spanning a six-decade chunk of history—depict artificial intelligence as an unreasonably dastardly force hellbent on total eradication of the human race, we can't help but think: No way! That stuff can't exist.

But here's the thing: artificial intelligence already exists. It's here, it's all around you, and, although it's not dangerous (yet), it is not going anywhere. So you may want to get acquainted.

When you laugh off fictionalized versions of artificial intelligence, you're laughing off A.G.I. and A.S.I. programs. Those don't yet exist. (The implications of A.G.I. and A.S.I. are too vast to explain here, though the folks at Wait But Why have a exceptionally thorough rundown.) A.N.I. does. And its most common iterations live right in your pocket—in more ways than you realize. Here they are.

In other words, think of artificial intelligence less like Halo's Cortana and more like real-life Cortana, Microsoft's answer to Apple's Siri and Amazon's Alexa. (You'll find her on any devices equipped with Windows 10.) Cortana, Siri, and Alexa—and whatever Android is calling "OK Google" these days—are all an intricate collection of A.N.I. programs. These trusty virtual assistants are programmed to learn your voice, read your contacts list, fire off texts and calls, pinpoint your location, read the weather, and tap into the myriad other A.N.I. programs on your phone. Think of them like the artificial intelligence glue that keeps your life on track. Featuring 103 languages and used by more than half a billion people daily, Google Translate is among the most widely used and far-reaching artificial intelligence programs on the planet. It's also one of the longest running: The program launched in April 2006 as a mere algorithm. But more recently, in 2016, engineers ported the code to a so-called "neural machine translation system," or the type of thing that works the predictive text function on your phone. In other words: Google Translate can remember stuff—in, again, 103 languages.

In 2015, engineers at Instagram coined the term "Emojineering," to describe a new series of programs implemented by the company. The purpose: to teach Instagram how to read emoji. So, every time you use an emoji on Instagram, you're teaching an A.N.I. to read a language that, honestly, you don't even know how to fully comprehend.

It's no secret that math whizzes on Wall Street use computer programs to do the heavy lifting. What you may not know, however, is that, often, these programs run on their own—and can even run amok. For instance, the 2010 Flash Crash—a 36-minute window where U.S. stock markets, including the S&P 500, Dow Jones, and NASDAQ—plummeted the market at a calamitous rate, ultimately tanking $1 trillion in market value, was caused by a malfunctioning A.N.I. program. 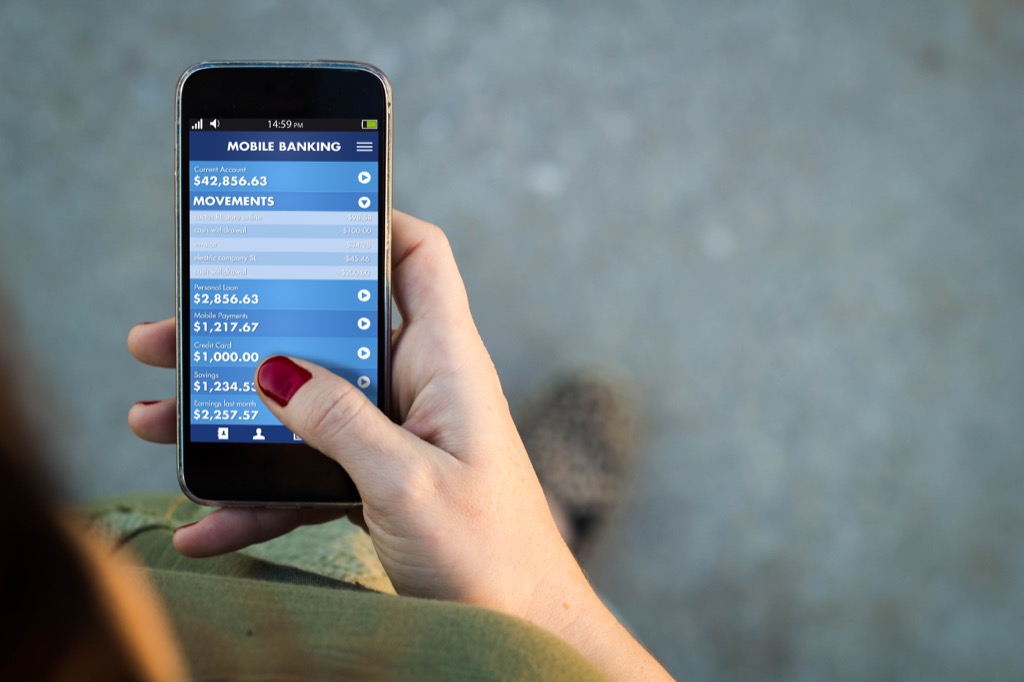 When you deposit a check with your phone's camera, it's run through a refined A.N.I. system that can read the check light years faster than any bank teller. Developed by Mitek Systems, this technology is currently implemented into the mobile apps of all of the big U.S. banks—including Bank of America, Citibank, and JP Morgan Chase—and more than 6,000 smaller institutions.

Every time you shop online, you're feeding data into an A.N.I. That means every purchase on Amazon, Target, or eBay is filtered into a program that builds upon its understanding of your preferences in order to tailor recommendations, to, ultimately, sell you more stuff. It's like a highly skilled salesperson—without the phony chitchat. Keep that in mind the next time you peruse the "customers who bought this also bought…" section.

Same as online shopping recommendations, it's an A.N.I. that curates the "follow these accounts" or "add these friends" lists. Based anecdotally on the sheer amount of exes that tend to pop up, however, this particular type of artificial intelligence doesn't seem to boast much intelligence.

Uber, Lyft, Waymo, Curb, Gett, Via, Summon. Every ride-share app on the planet makes use of artificial intelligence, from how much your fare costs, to how the exact driving directions are determined, to how long you'll have to wait for a pickup.

If you're among the combined 300 million or so users of Pandora and Spotify, every time you listen to music, you're bolstering an A.N.I. Songs are indexed by countless descriptive phrases per track; if you peel back the curtain, you'll find keyword described beats-per-minute, track length, key signatures, artists, instrumentalists, song time, vocal descriptors, and hyper-specified genre tags. From there, the data is used, based on what you listen to most frequently, to curate playlists and radio stations to your liking—a marked departure from the "editor-curated" picks of decades past.

But get this: Spotify might soon be using this ground-breaking tech to write original music for you. In 2017, the company hired Francois Pachet, a leader in the field of machine learning, to direct its Spotify Creator Technology Research Lab. And, though Spotify denies this is why they brought Pachet on board, one thing's undeniable: right before he was hired, Pachet produced Hello World, the world's first LP composed entirely by artificial intelligence. You can stream the whole thing on Spotify.

Your email spam filter, too, is essentially a little mind of its own, based on keyword and phrases. These filters block overly salacious unsolicited emails (anything featuring "sex" in the subject line, for example) and overtly spammy ones (all caps, lots of exclamation points, that sort of thing) as a base. But they also learn your preferences and grow exponentially more refined over time, by picking up on and identifying the types of email you regularly delete or ignore. 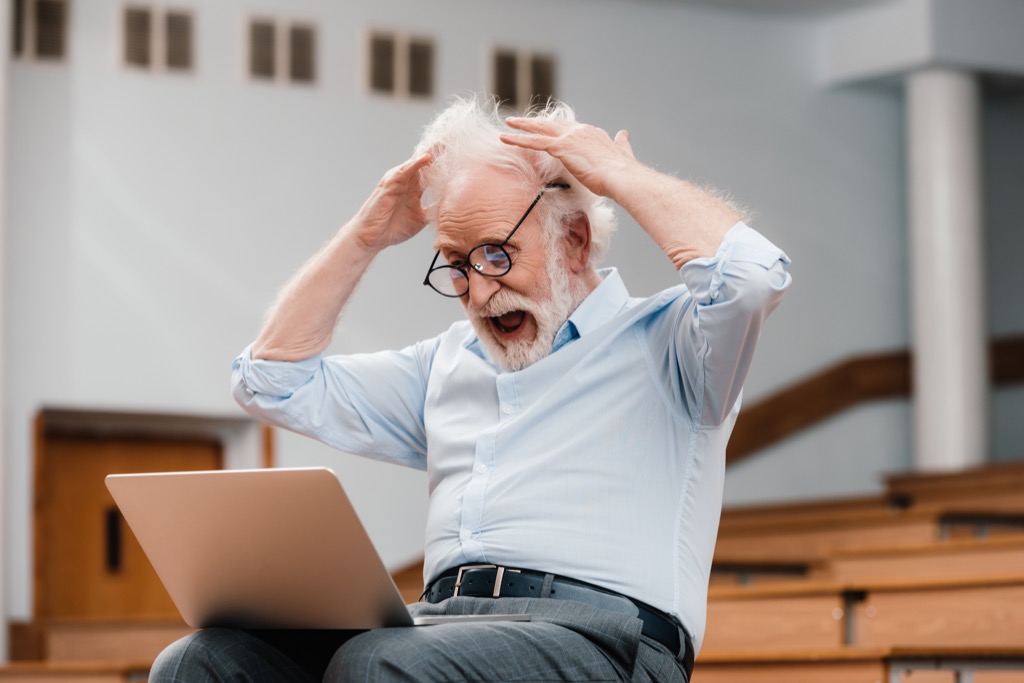 You're likely not surprised to hear—especially by now, after brushing up on all the various applications of artificial intelligence—that YouTube's "watch this next" functionality is an A.N.I. algorithm. What you may not know, though, is that the English-language closed captioning is all done automatically. In 2010, Google, YouTube's parent company at the time (nowadays, it's Alphabet), iterated a savvy captioning A.N.I. program that is, once you realize it's artificial, frighteningly capable. 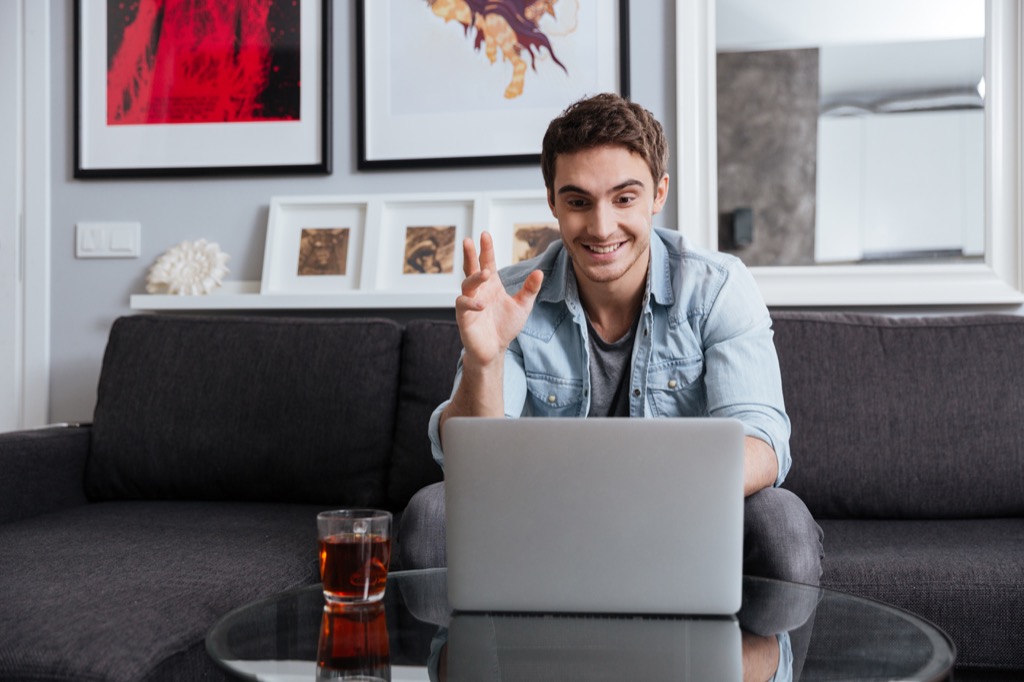 You may have noticed lately an uptick in customer service chat programs—little windows that pop up, generally when you're shopping online, with a message along the lines of, "Hi, how may I help you?" And although they come with a name and friendly persona, it's a fat chance that's an actual human. More likely, it's a highly sophisticated, well-programmed A.N.I. that's highly capable of understanding and responding to human language. 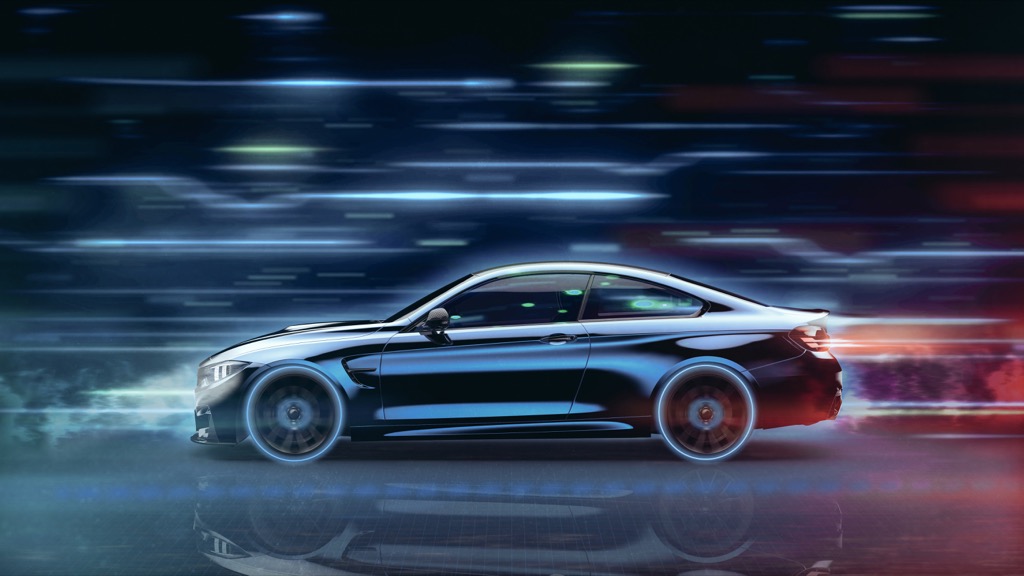 Driverless cars are all the rage in A.N.I.-assisted automotive tech. But here's the thing: your car is likely already equipped with artificial intelligence. From in-reverse sensors to GPS monitors to less-obvious aspects, like auto-braking systems, your car is more or less a well-packaged computer. And they're only going to get more capable over time.

Recently, IBM Watson—the team that coded an A.I. to clean house at Jeopardy! in 2011, even defeating champion Ken Jennings—launched IoT for Automotive, a program with the ostensible goal of eliminating driver error through connectivity. Since more than 9 in 10 accidents are caused by human error, researchers surmise that eliminating human error is the clear solution. Currently, industry analysts peg the amount of connected cars at roughly 35 percent. 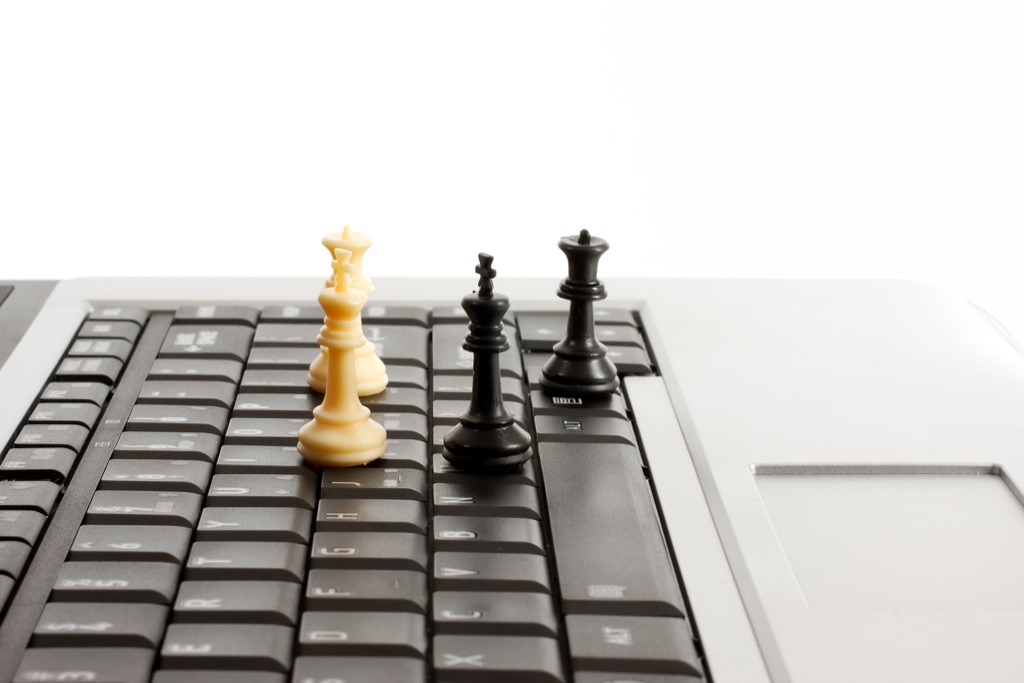 As declared by Science, in 2007, "checkers [has been] solved." Chinook, a program developed at the University of Alberta, can beat any human player at checkers; the best possible outcome for us flesh-and-blood folks is a draw. Same goes for Scrabble—it's a program called Maven. Oh, and then there's chess. We brought up DeepBlue earlier. But more recently, AlphaZero, an A.N.I developed by DeepMind, a cousin company of Google, won 100 games in a row against the world's current best chess program. The catch? AlphaZero taught itself how to play—in four hours. In other words, if you lost to a computer in any of these games, it's because the program was pulling punches. 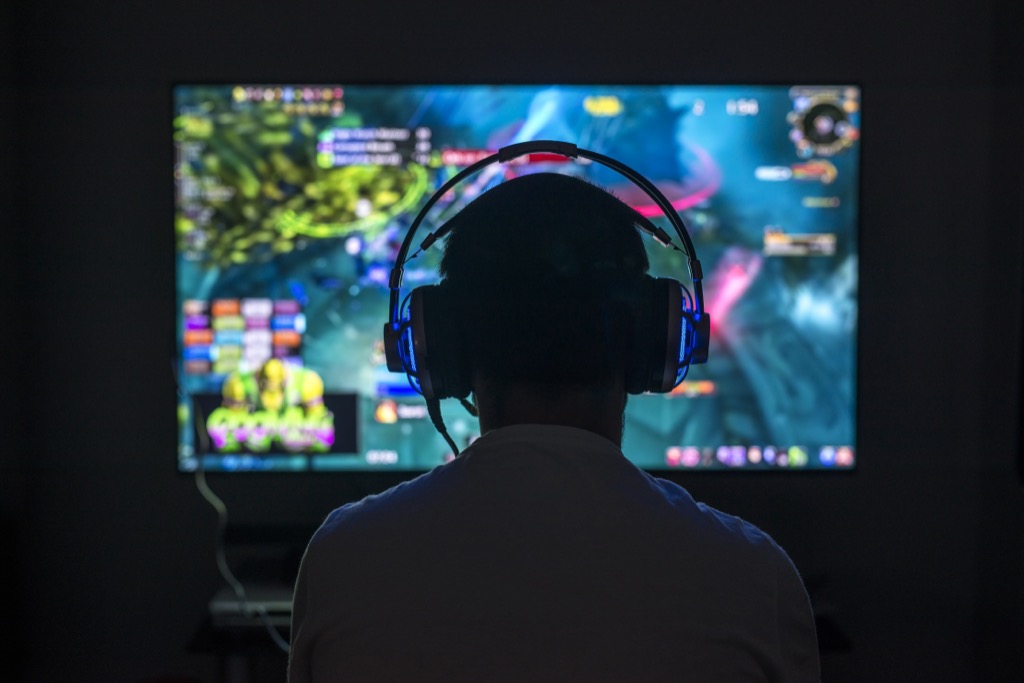 Nearly every modern video game has an artificial intelligence component. Maybe it shows up as programming behind droves of violent antagonists, like in high-octane games like DOOM and Uncharted. Or maybe it's the code that directs non-player characters to act more lifelike—walking and talking and tending to daily chores—in more placid games. Whatever the case, it's there. And video game reviewers and commentators tend to rate games based on the quality of the AI, using terms like, per Kotaku, "dumb AI" when it's not portrayed as "realistic" enough. 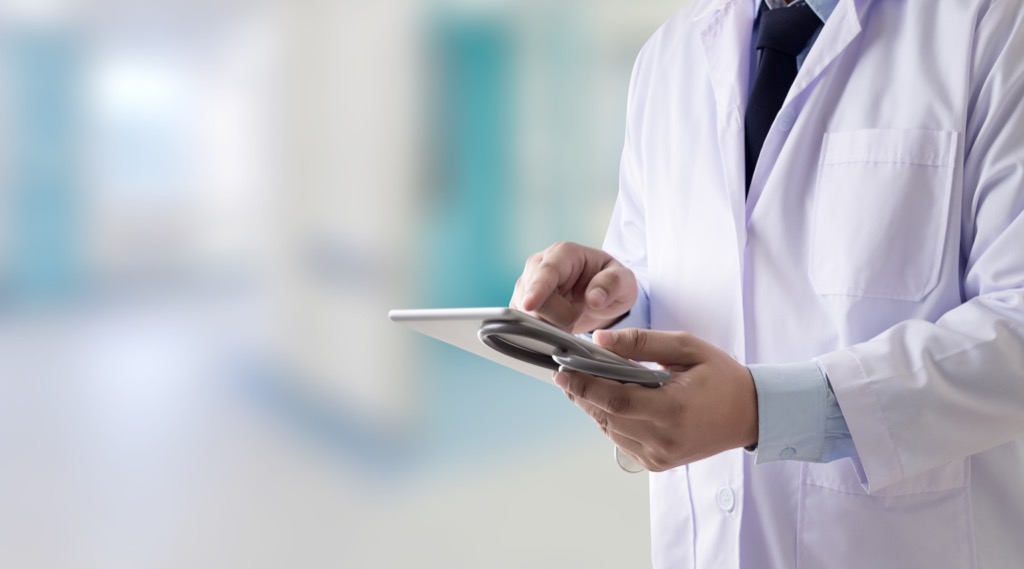 No, you may not use healthcare-based A.N.I. every day—but top-in-class doctors sure do. As reported by Bloomberg, there's a program, Hanover, developed by Microsoft, that assists doctors in accurately diagnosing types of cancer and various treatments. Since there are too many cancer-related studies for one doctor to read—let alone memorize—in a lifetime, Hanover does that part for them: the program has already ingested and itemized the bulk of peer-reviewed research on the matter. 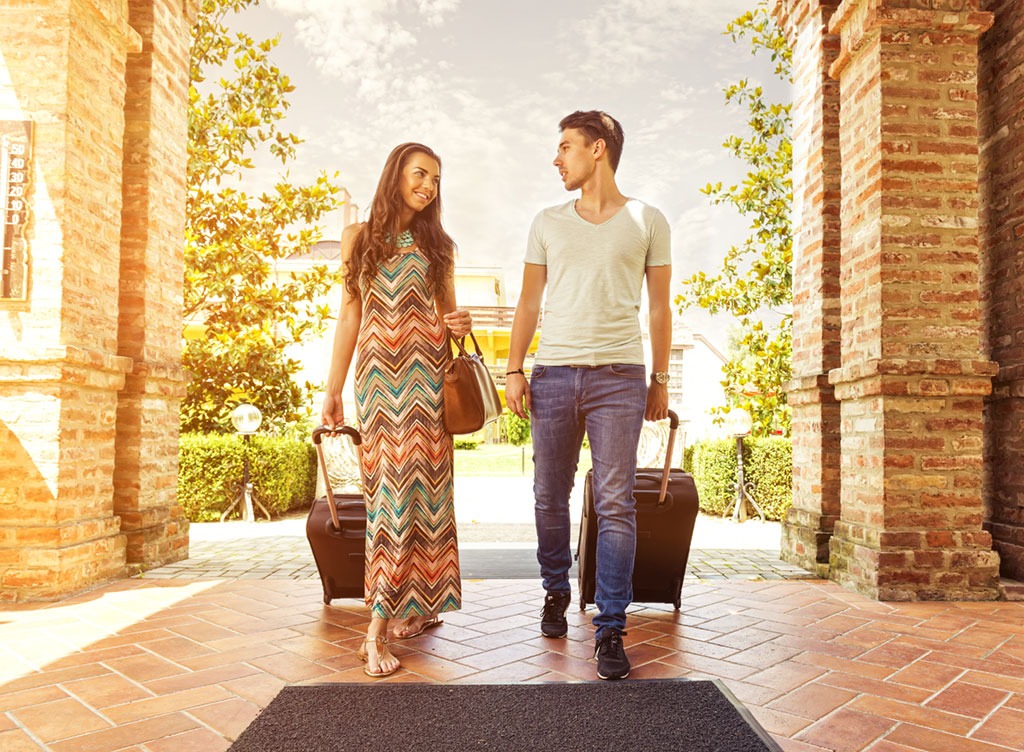 From best hotel prices to most convenient departure times to whatever (likely miserable) airport you're connecting through, nearly every popular travel booking site—you know: Travelocity, Priceline—uses A.N.I. algorithms to do all that math. 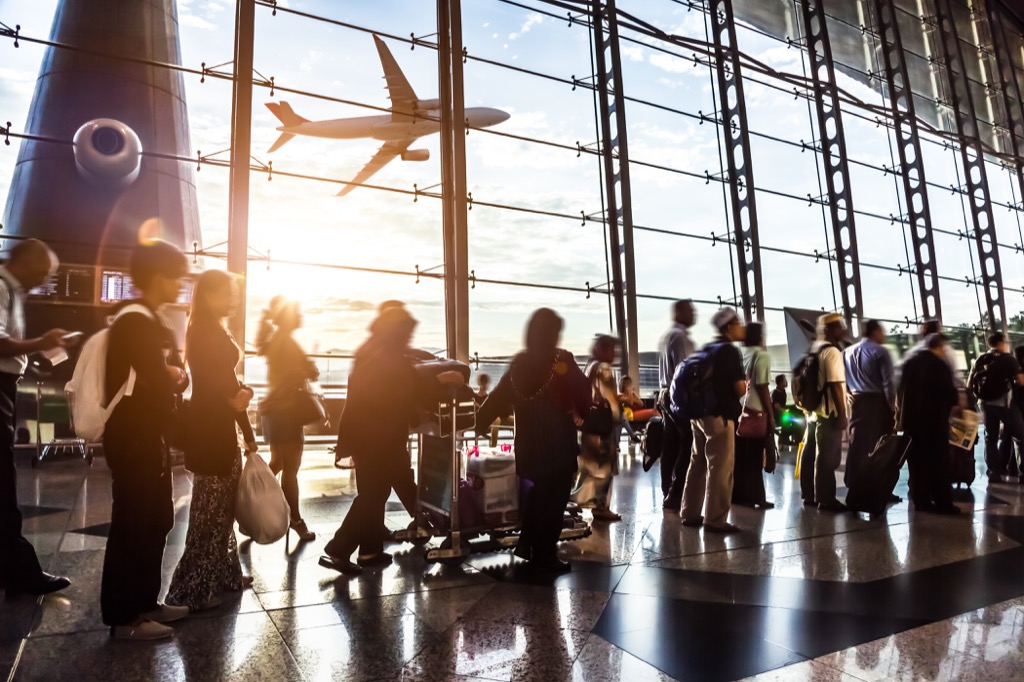 Airplane autopilot has been around since the early days of aviation, when Elmer Sperry developed his gyroscopic device. Because of this, some folks consider autopilot the world's first instance of artificial intelligence. And although many experts don't—these primitive forms of autopilot used no computational power—everyone is in agreement that the autopilot systems of today certainly are. 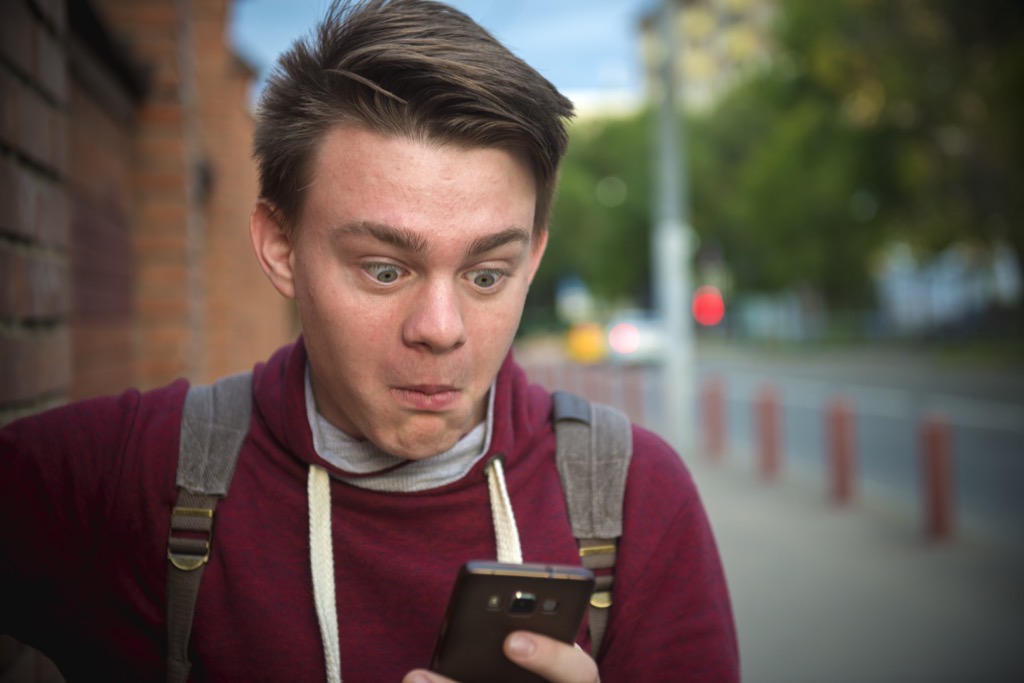 Publishers use programs like Chartbeat and Echobox and, in the case of the New York Times, a proprietary bot called Blossom, to select headlines (editors come up with A and B options), best times to post (when readers are more engaged online), and even flavor text (the words beneath the article that describe the article), all of which are based on data pulled from your Internet habits. A BBC headline put it best: "So You Think You Chose to Read This Article?" 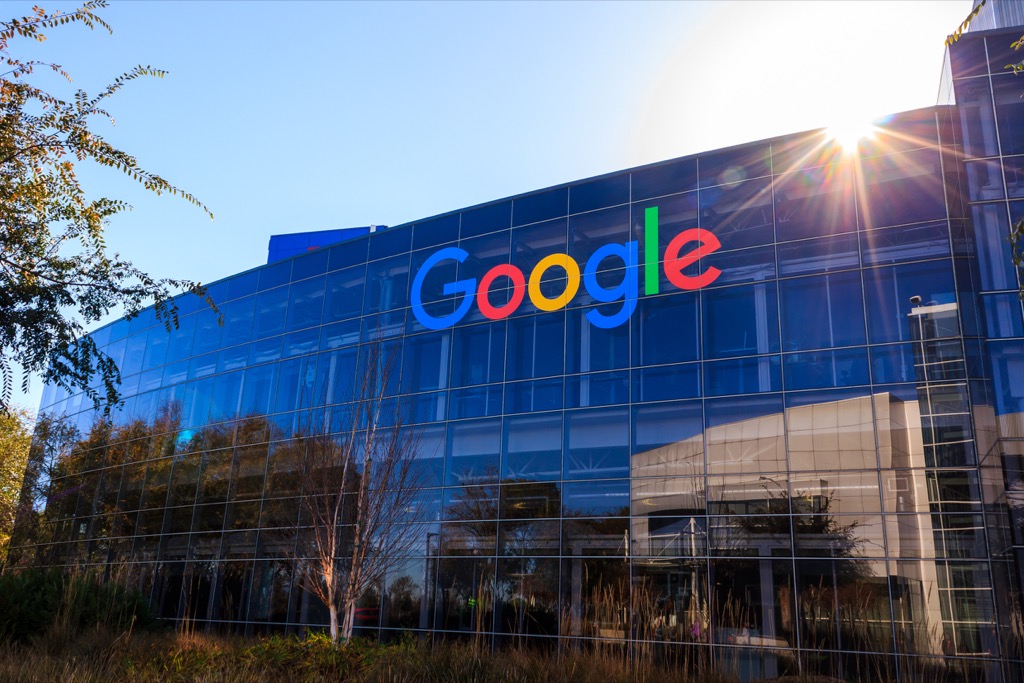 Google and their parent company are, these days, the trailblazers of artificial intelligence. They publish hundreds of white papers on the topic annually. They rebooted Google Research as Google AI. They even owned Boston Dynamics, the world's leading robotics developers, up until late last year. Oh, and they also coded the world's most popular search engine—which, yes, is indeed an A.N.I. program. (How often do you use it?)

But here's the clincher, proof that we're on the precipice, and that Google's leading the charge. Just two months ago, at their annual I/O conference, Google unveiled Duplex, an automated voice assistant that sounds freakishly human. It can make calls and book appointments and reserve tables for you, all in the cadence of everyday human-speak. It even "um"s and "ah"s. Um… All right, then! If you want to step back into reality after learning that, read up on the 20 Long-Predicted Technologies That Are Never Going to Happen.

Ari Notis
Ari is an editor specializing in news and lifestyle. Read more
Filed Under
Science • Tech and Gadgets
Read This Next
Latest News
Read This Next