17 Things You're Nostalgic for But Shouldn't Be

Sorry, guys, but typewriters were really all that cool to begin with.

Technology has changed the world we live in so much that today's reality can sometimes seem unrecognizable from the one we grew up in. I'm 29, and when I think of the fact that I once went to the actual postbox in order to mail Hello Kitty invitations to my classmates, it makes me feel like the Dowager Countess.

Yes, we all long for the "simpler days," when people actually communicated with one another instead of being perpetually buried in their phones. And even as we speak, more and more things and falling into the annals of history—like analog clocks, which are already disappearing from classrooms because kids today can no longer tell time the old-fashioned way. But while tech addiction and its side effects are a seriously problem in the digital age, the truth is there are a lot of ways in which technology has made our lives easier and better. So read on for all of the things you really shouldn't be nostalgic for. And that includes these 15 Tech Terms from the '90s No One Uses Anymore.

Nowadays, we communicate via hieroglyphics—sorry, I mean "emoji"—which can sometimes feel like the evolution of the glorious English language is going in reverse. There's such a romance to the words people once painstakingly crafted by putting pen to paper, and it's a bit sad that instead of tomes of literary exchanges between great minds our descendants are going to get screenshots of "where u at?" with a few splashes of weird emoji mixed in. But the truth is that communicating by letter is slow, laborious, and wildly ineffective. And if you want to express your feelings in lush, elongated prose, you've still got email. And for more outdated things you should leave behind, check out these vintage slang words that sound hilarious today.

There's something about looking at a map, even one of the Taconic State Parkway, that instantly emulates the thrill of exploring the unknown. Google Maps, unfortunately, does not have quite the same effect. But not only are web mapping services and navigation systems infinitely more convenient, they're also a lot safer than unraveling an accordion-like roadmap on your steering wheel while driving, turning on the headlight and thereby obscuring the road in front of you, and shredding the whole thing to pieces out of frustration when you fail to find the campsite and have to spend the night in a motel. 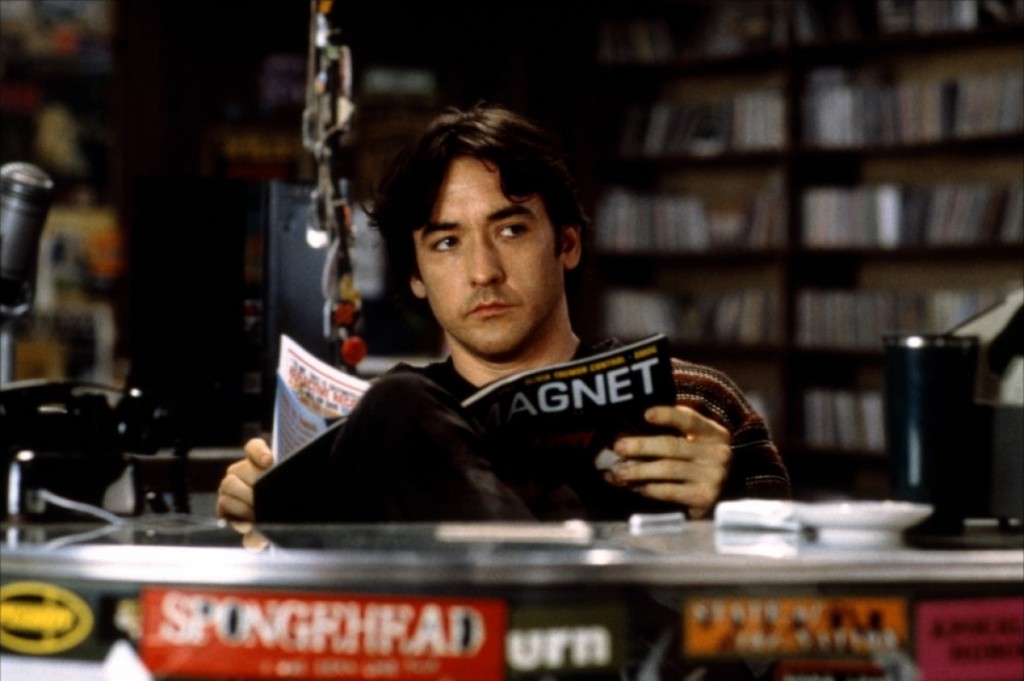 Carefully crafting a mixtape was once the absolute height of romance, and the fact that no one does that anymore strikes many as a sign that people just don't put any effort into relationships anymore. But is creating a Spotify playlist really all that different, aside from the fact that it's less time-consuming? 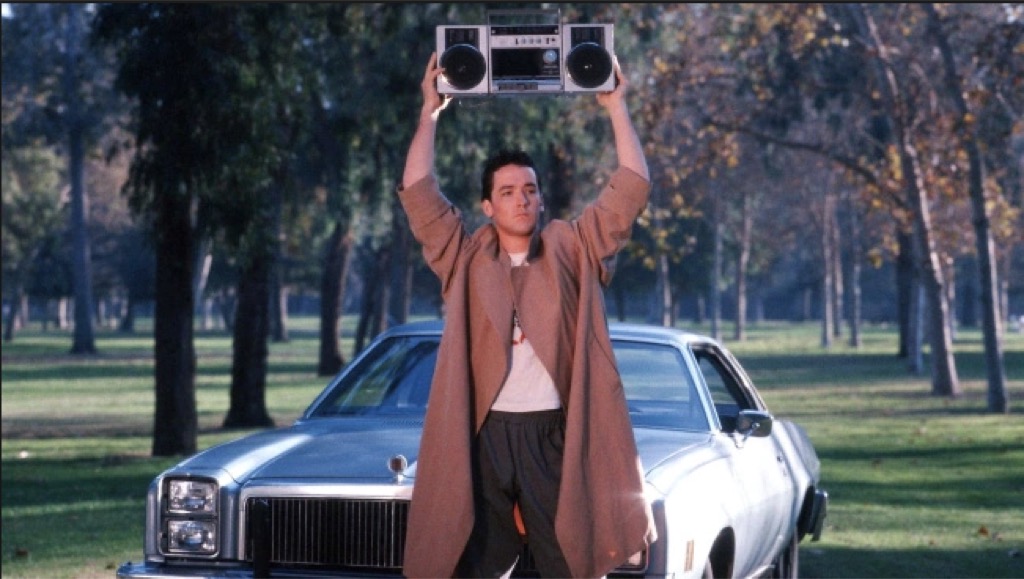 Yes, John Cusack playing Peter Gabriel's "In Your Eyes" in Say Anything is one of the most iconic moments in rom-com history. It's also one of those hilariously impractical things that only happens in movies. In real life, boom boxes are heavy and loud, and society is much better off with you listening to cheesy '80s pop on your iPhone with headphones.

It felt like the end of an era when Blockbuster closed in 2014. But, really, did you actually enjoy having to drive all the way to the store and wade through endless shelves of bad movies only to find that the one film you actually wanted to see had already been rented? Did you enjoy having to pay fines for not returning the movie on time, or for dealing with the surly customer service people who, mindbogglingly, had never even heard of Citizen Kane? Probably not. And for more things that have gone the way of video stores, here are 20 Slang Terms from the 1980s No One Uses Anymore. 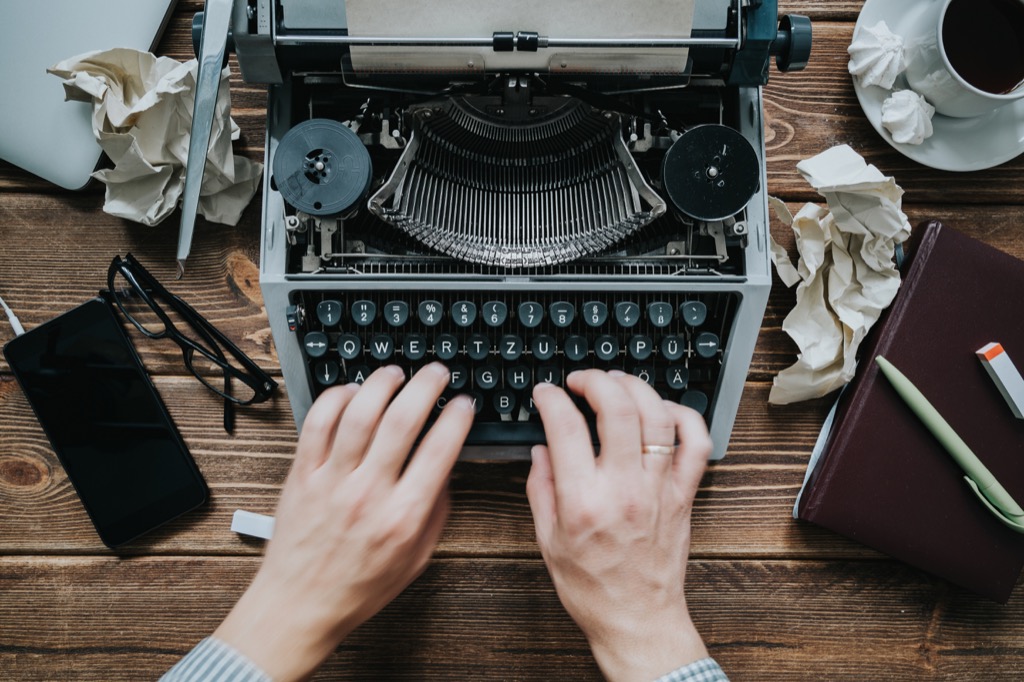 There's an undeniable romance to typerwriters—the jazzy rhythm of the rap-tap-tapping and the little ding that indicates your words are falling off the page. I got my first typewriter back in 1995, when computers were still too expensive for the lower-middle class, and writing my juvenile short stories on it made me feel like Hemingway.

Like Hemingway, however, having just one copy of a manuscript means that it's fairly easy for your wife to leave it in a suitcase that subsequently gets stolen while you go get water at a train station. And they're a pain to lug around. Also, who can write a sentence just once and have it be perfect? These things make revision a nightmare. And though it might not be as romantic, and the blue light may be negatively impacting your sleep cycle, but the magic of Google Docs means you can be certain your masterpiece is in a safe haven. 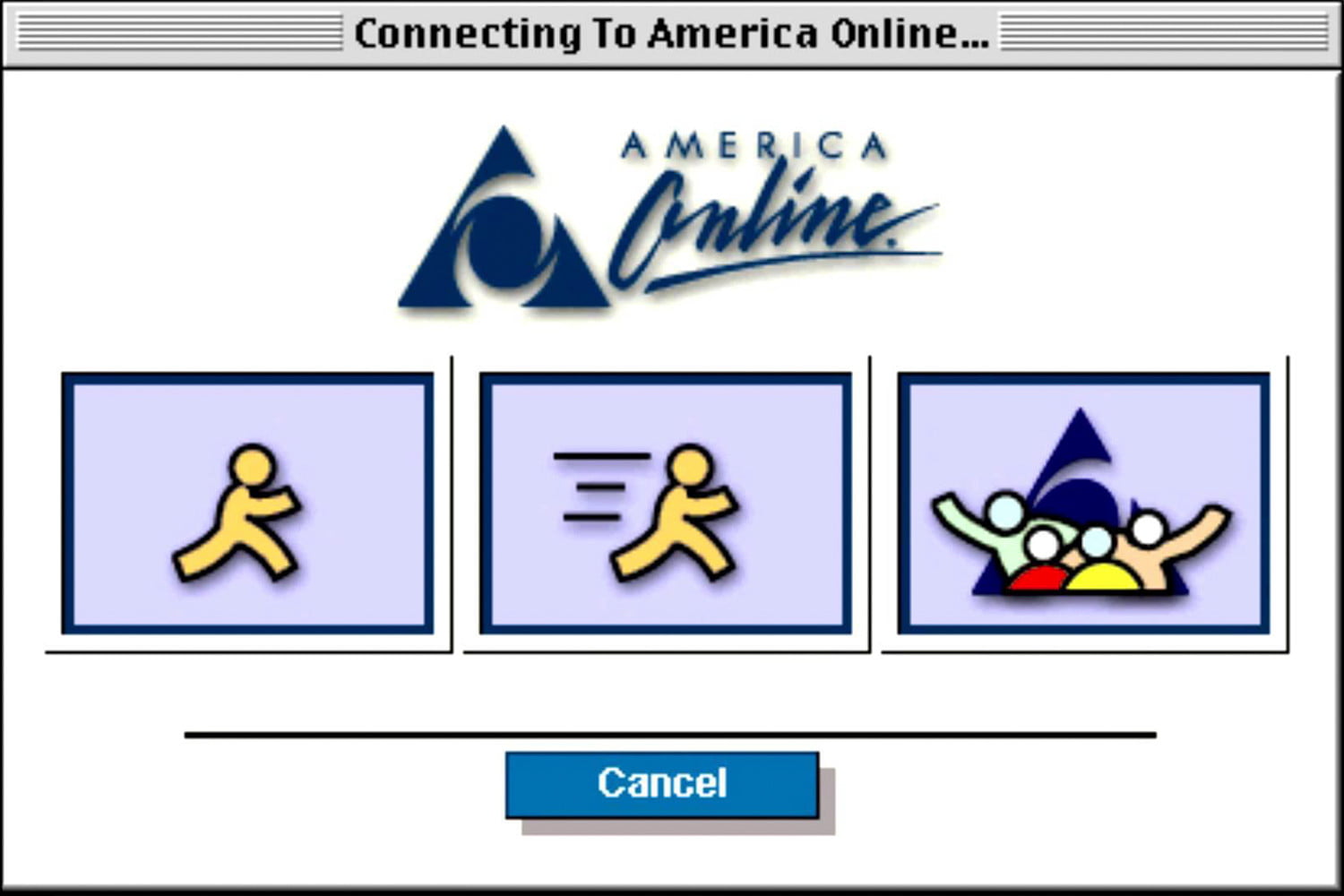 The sound of eeeeee…budum, budum…brrrrr immediately transports people to what feels like the relative simplicity of the '90s. But do you not remember the emotional anguish of having to go offline because someone in the house needed to use the phone? Tragic. 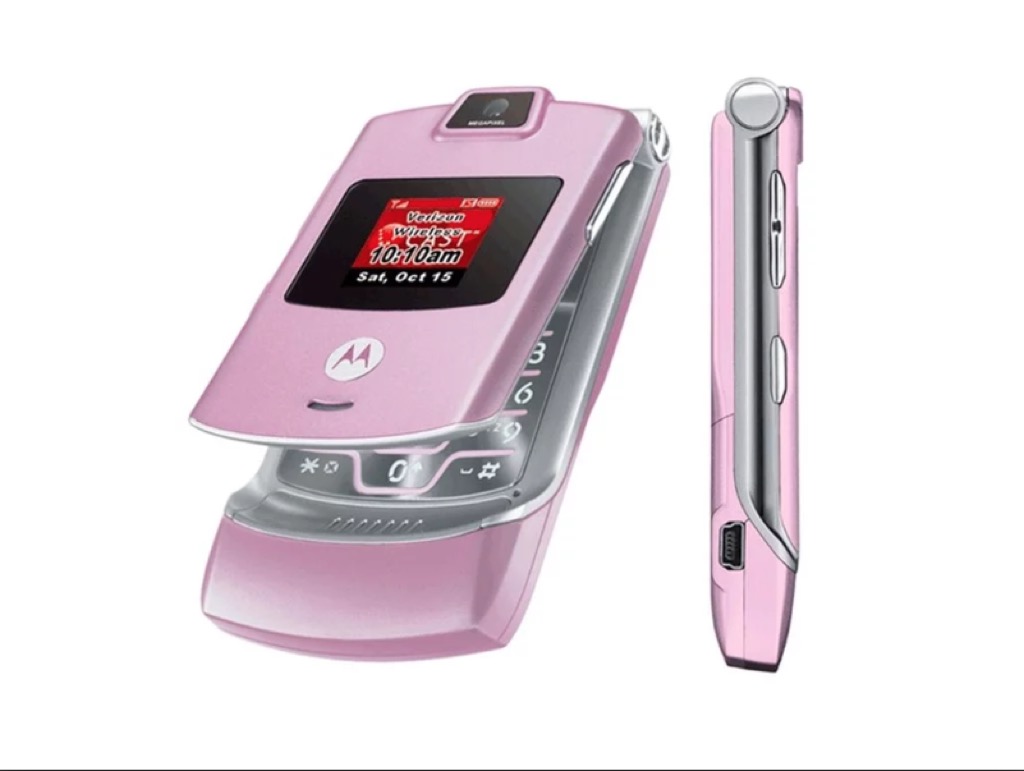 The best thing about the wildly popular Motorola RAZR was the snap sound that made hanging up on someone intensely satisfying. But, not only is that rude, but you've also got the whole world at your disposal with your iPhone. Heck, you can even answer emails from the beach if you want to. Plus, remember the stress of pressing "Cancel" a million times when accidentally hitting the web access button? Or the agony of having to press the same button four times in order to get one letter in a text? 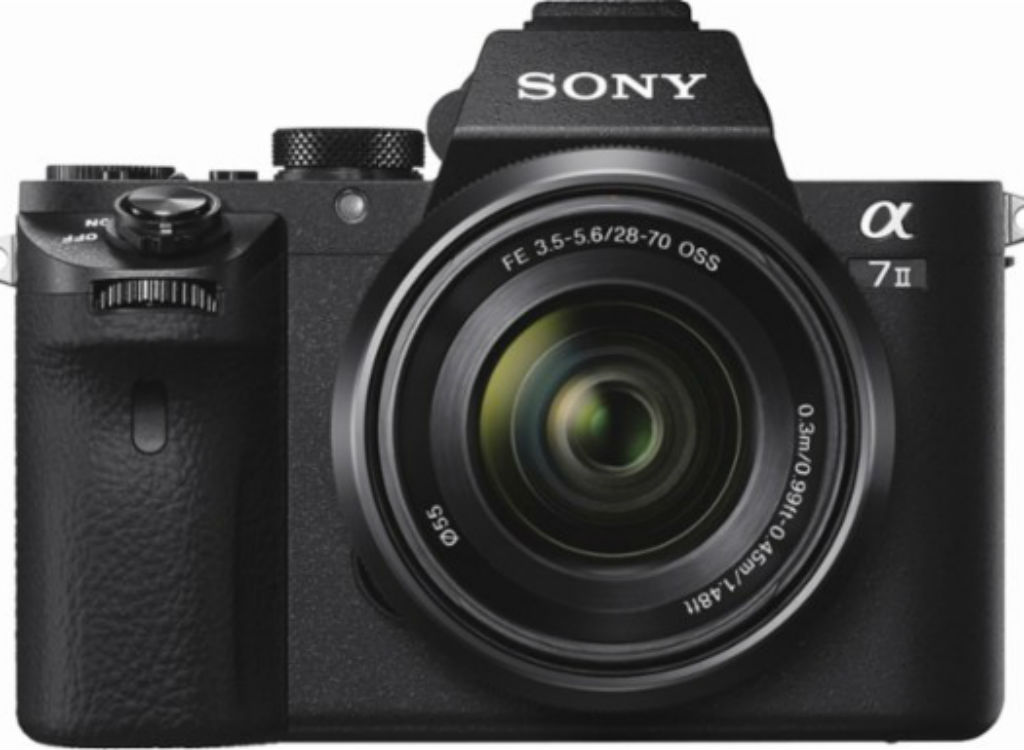 Nowadays, the only people who use real cameras are professional photographers, and some see that as a real casualty of a bygone era. But isn't it so much more convenient to be able to take a photo anytime you want instead of having a heavy camera strapped around your neck? And even if you carried a digital camera in your purse, by the time you took it out, turned it on, focused, and clicked the button, the deer had moved on and the moment was gone. Plus, let's be real: filters are a godsend. 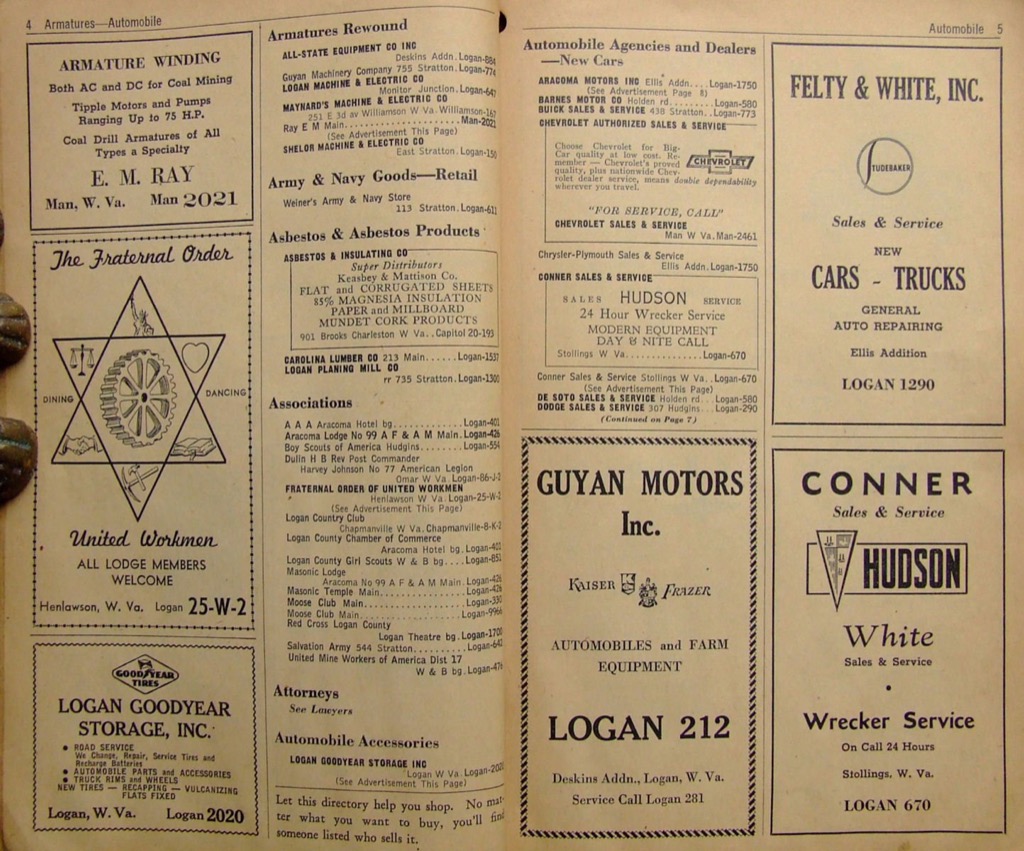 This was always a great plot device in movies, given now that it's ludicrously easy to get in touch with someone by just Googling their names. But it was so onerous to have to flip through an entire tome just to find the number of the restaurant you wanted to order from or the girl you had a crush on. And, inevitably, there were always about 50 people with the same surname as the person you were looking for.ae0fcc31ae342fd3a1346ebb1f342fcb 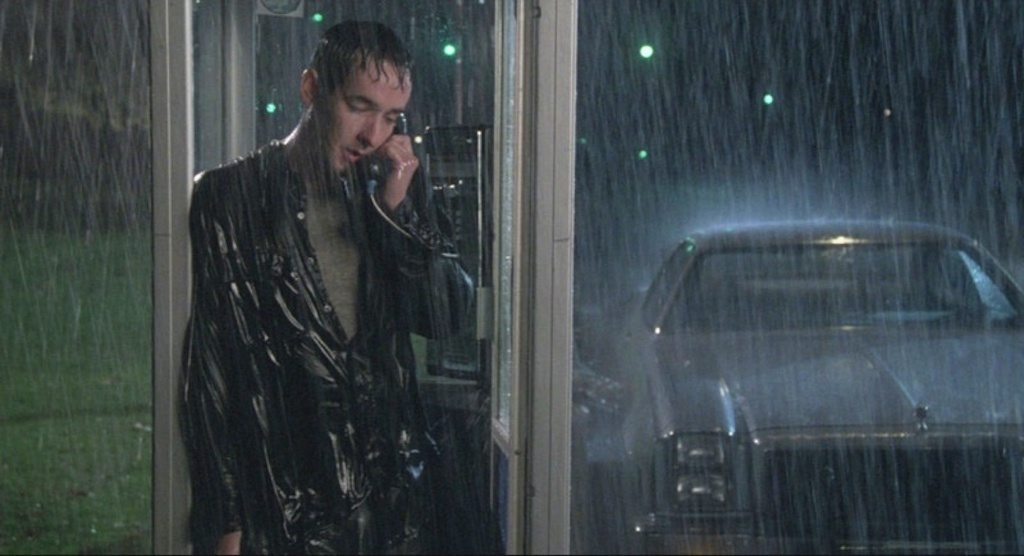 Largely thanks to movies, there's something about a man calling the love of his life on a telephone booth in the middle of a thunderstorm (always in a thunderstorm), that feels endlessly romantic. And in murder mysteries and detectives, that's always where some major action takes place. As nice as it is to revisit a world in which people aren't glued to their phones, it's extremely impractical to have to scramble to find a telephone booth to make an urgent phone call. And if you don't have any quarters on you, forget about it. 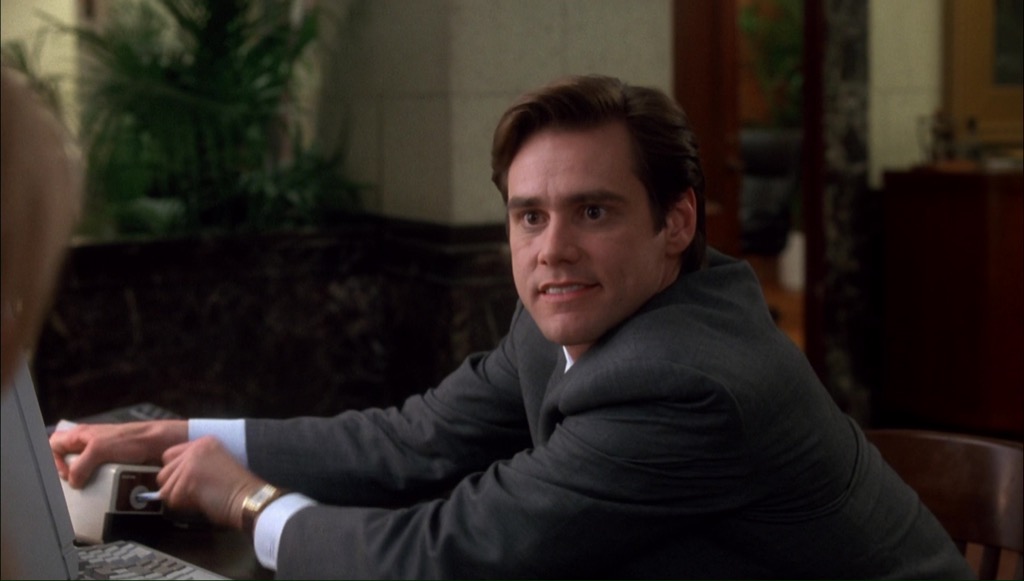 Obsessed as I was with Little House on the Prairie and that Oregon Trail computer game, inserting your pencil to a device fastened onto the wall always made me feel like I was living on the frontier. But the reality is that pencils are annoying. They break way too easily, and using them to make creative illustrations on the corner of your notebook was every bit as distracting as Angry Birds.

Nowadays, people in middle school just send one another a meme to indicate romantic interest. But, back in the day, you would painstakingly glue dry macaroni to a piece of A-4 paper for your crush, striking the perfect balance between making sure the paper bore the weight of your love and not making it so heavy that it curled into itself. And if you're trying to woo someone today and need some help, consider one of these 50 Pick-Up Lines So Cheesy They Just Might Work.

I recently hired an online dating coach, which taught me a lot, because I can't stand the entire system of meeting someone in the virtual realm. But the reality is that, as the acclaimed biological anthropologist Helen Fisher once told me, online dating has been enormously beneficial to marginalized groups like the disabled, the LGBT community, and singles over the age of 55. Also, your dating pool has been widen to encompass basically everyone. What's not to like? 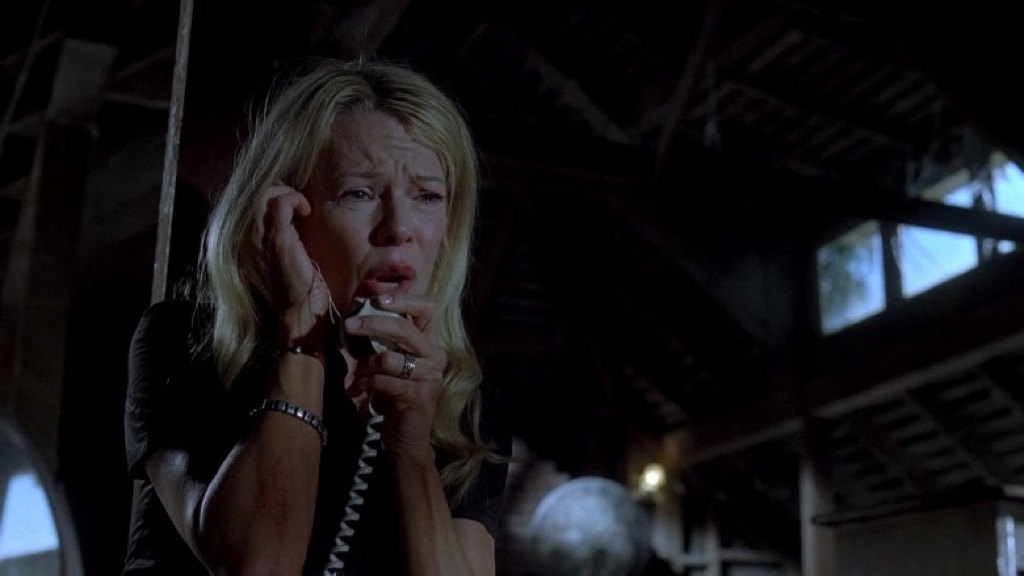 There's something undeniably sexy about watching a woman in a sleek black dress playing with a telephone cord with her legs crossed on her office table. But cords are annoying and limiting. In today's hectic world, it's much better to be mobile, in the literal and figurative sense of the word. 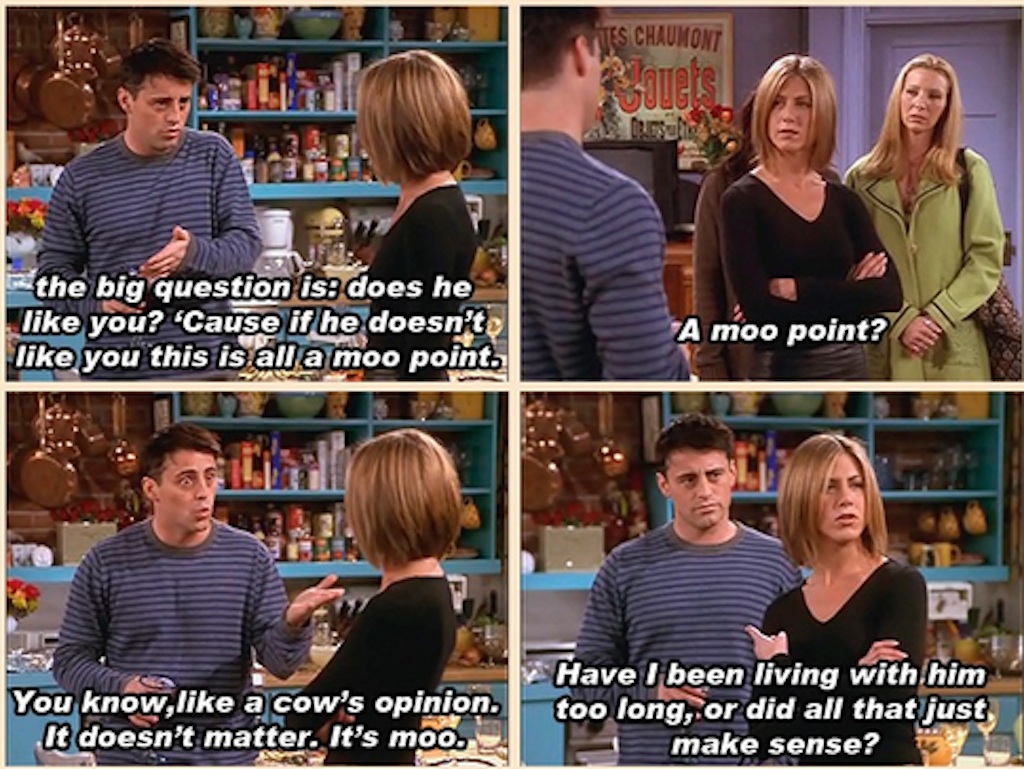 Yes, Netflix is actually killing your sex life. And spending an hour deciding what to watch only to revisit old episodes of Friends or Seinfeld is unequivocally a waste of time. But enrolling a loved one into taping the newest episode of your favorite TV show while you were out having a life was also a massive hassle.

There was always something thrilling about sticking a VHS tape into its slot and watching the VCR devour it like a mythical beast. Or putting a DVD into its slot and listen to it whirring inside the womb of the computer. But it was also extremely annoying to have to blow the dust off off of the tape when it was malfunctioning, not to mention not being able to rewind for fear of busting up the entire movie altogether.

Diana Bruk
Diana is a senior editor who writes about sex and relationships, modern dating trends, and health and wellness. Read more
Filed Under
Nostalgia
Read This Next
Latest News
Read This Next