20 Secrets Your Waiter Won't Tell You

In short: Keep the tips big and the complaints small.

While few things beat a home-cooked meal, enjoying something prepared by a talented chef—and having zero clean-up to do afterward—certainly comes close. In fact, research suggests that 58 percent of Americans eat out at least once a week. However, despite all the time we spend in restaurants, many of us still haven't figured out how to treat the people who actually work there.

So, before you make another foodie faux pas, be sure to learn the rules—straight from insiders—about "bring me your strongest drink," your post-meal plate-stacking habits, and if it's okay to hook up with your waiter or not. And when you want to make the most of your meal, read This Is the Best Seat in Any Restaurant. 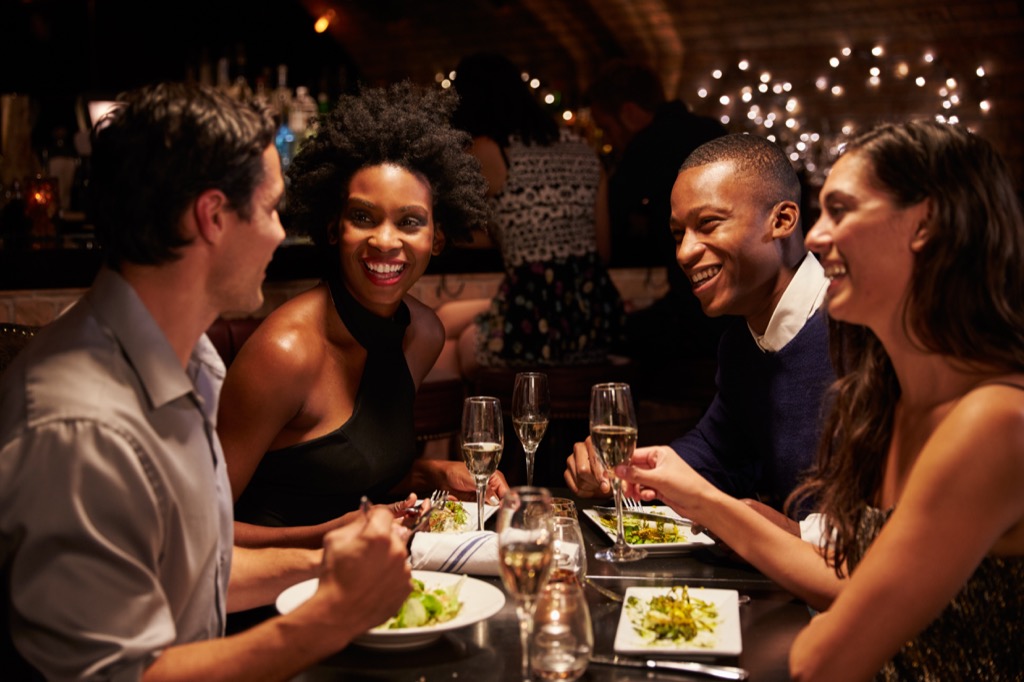 It's so annoying when you're first to the restaurant and you have to stand there waiting for "the rest of your party to arrive." But if a waiter refuses to seat you until your entire party arrives, it's not because they're on a power trip. "People always insist on us seating an incomplete party," says Zach, a restaurateur and former server in New York. "If two of you show up relatively on time and four of you show up an hour-and-a-half late, you've doubled the turnover time." And if you'd rather just dodge the hassle of snagging a table, whip up a meal at home by mastering how to Cook a Steak at Home Like a Pro.

2
An Empty Table Isn't Always a Free One 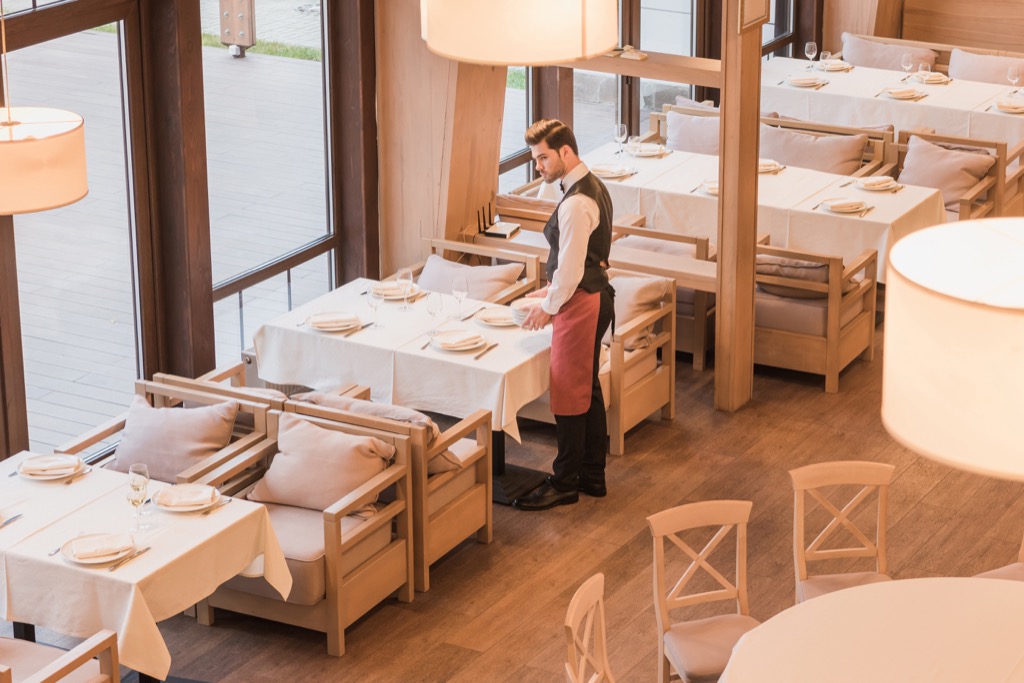 Just because a table looks open doesn't mean it is. "If you're at a good restaurant and you aren't being seated right away when there are open tables, there's a reason for that," says Michael, a server in Portland, Oregon. "There might not be enough servers to cover those tables, or there's a reservation that hasn't shown up yet."

While it may seem like you're helping your server by stacking plates and cups for them, you may be doing more harm than good. Certain cups and plates are too delicate to be effectively stacked on one another, and your server likely prefers to do it themselves, anyway. "There's a system in place," says Zach. And if you're heading out for an amazing meal, Meet the New Top-Rated Restaurant in the World.

"Some servers have ironclad patience and will make your wait even longer because they can," says Michael. "Be polite, be patient, and you will be treated like a king." And if you're stuck waiting in the bar, watch what you say there, too. Here are 15 Secrets Your Bartender Won't Tell You.

5
They're Not There to Play DJ 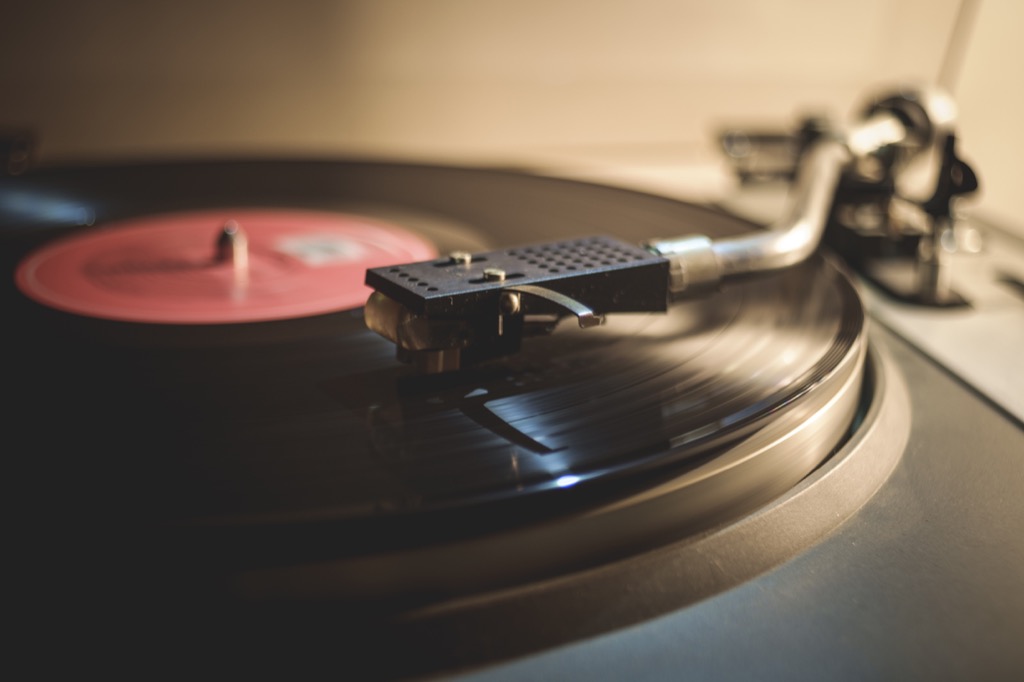 Your server is many things, but a DJ doesn't number among them. While your server may charge your phone for you, don't ask them to play your music. (And yes, that really is a frequent request.)

6
They Don't Care if It's Your Birthday

Sure, Starbucks might give you a free drink on your birthday, but don't expect that you'll get the same at a nice restaurant. "Don't ask for free things because it's your birthday," says Michael. "If you're out with friends, that's the friends' job to buy you something. It's ridiculous and makes zero sense." However, there's one notable exception: "If you're alone and crying, maybe."

7
You Do Need to Tip More When You're Ordering Booze 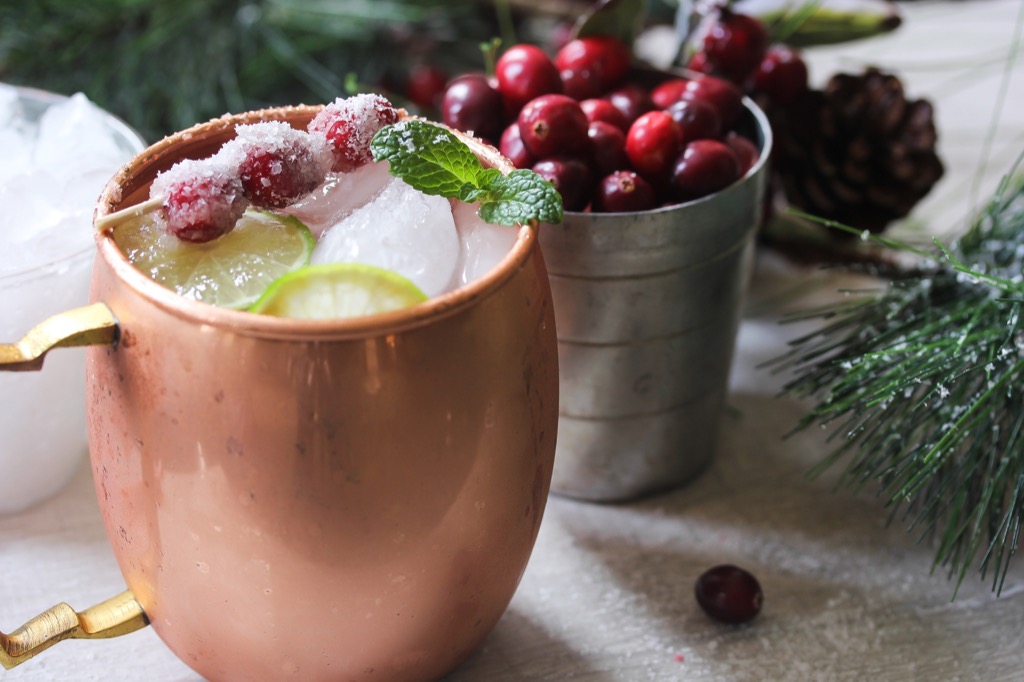 Just because your server didn't personally make your drinks doesn't mean you don't need to tip them. While some restaurant patrons think the booze they're ordering doesn't count in the total tip on their bill, it definitely does. If you're ordering drinks at the bar, tip 20 percent for cocktails, says Zach. And before you go to order another drink, read This Is Exactly How Much Alcohol You Should Drink.

8
They Don't Want to Hear Your Life Story

"Small talk and conversation is a nice way to pass the time with customers, but if it's busy in the restaurant, then your story about your daughter's diving team is keeping the server from taking care of everyone else," says Michael. "Most servers don't want to offend you or be seen as a jerk for stopping the conversation to walk away. Don't trap your server." 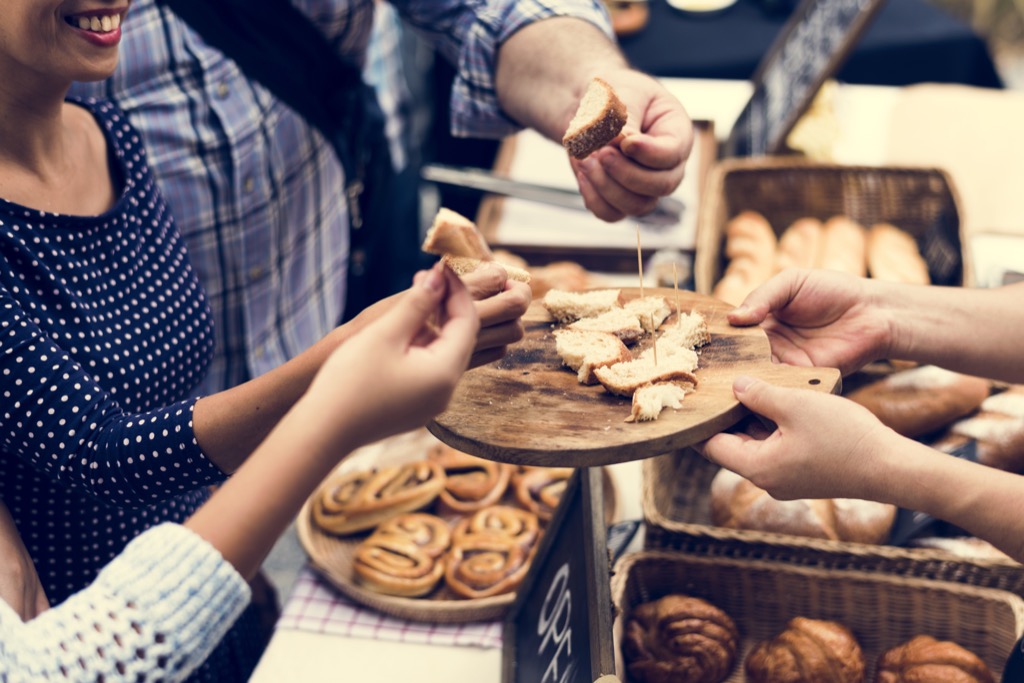 While some restaurants will give you a free sample of a dish or drink, asking for free stuff when a restaurant is busy is a major inconvenience to your server. If you do ask for and receive something complimentary, make sure to throw your server a little extra on the tip.

10
Your Waiter Doesn't Control How Quickly Your Meal is Served

If you're angry that your order is wrong or it took too long to arrive, don't get mad at your server. Zach says that many of the issues attributed to service are actually the result of chefs being overloaded in the kitchen, not a lazy waiter.

11
Don't Ask Your Server to Bring You "The Strongest" Drink

We get it: You want to get a buzz on. However, telling your waiter nothing more descriptive than to bring you something strong is annoying and is unlikely to yield the results you want. It's your job to order your food and drinks, not theirs. And if you're serious about boozing, check out The Dangerous Trap of Drinking "Lower Alcohol" Beverages.

12
They Want You to Know Your Food and Drink Vocabulary

Make sure you know what it is you're ordering before asking your server for it. Ordering a dry wine when you actually want a syrupy Moscato or asking for a vegan carbonara will just confuse and irritate everyone involved, so make sure you know your terminology before using confusing descriptors.

13
They Don't Want to Be Your Wingman

Just because you're looking to hook up doesn't mean it's your waiter's job to help you. That restaurant or bar is your server's workplace, and they probably don't want to get fired for helping you bother their co-workers. "You can send someone a drink, but that should be the line," says Zach.

14
Snapping Will Get You Worse Service 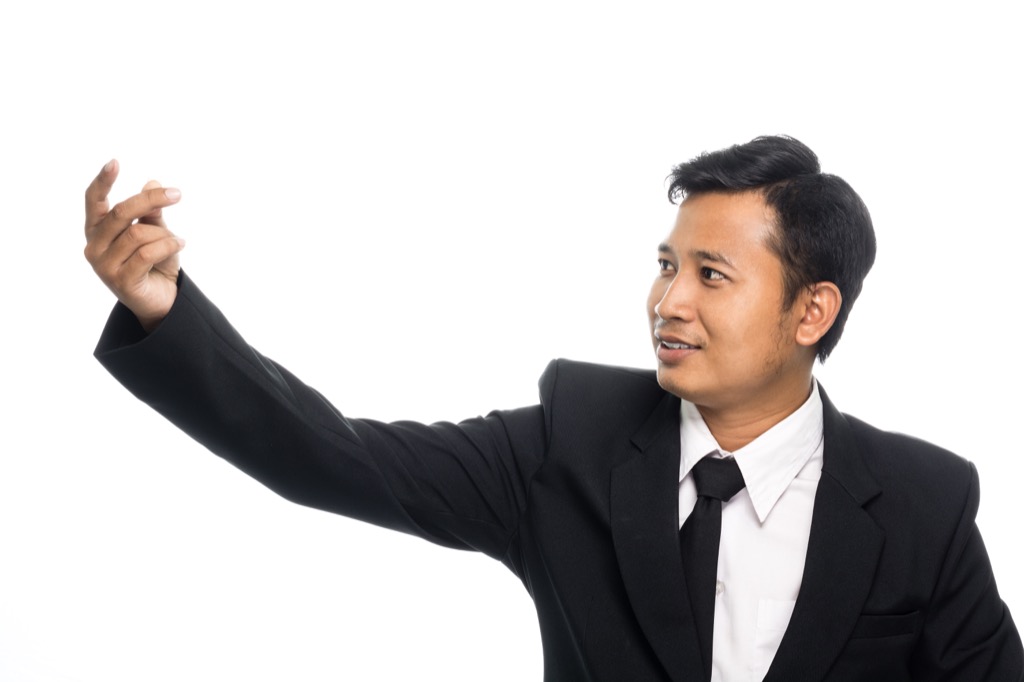 Want to ensure bad service? Snap at your waiter or whistle to get their attention. Your server isn't a dog, so don't call them like one. That's definitely one of the 7 Biggest Mistakes You're Making at Fine-Dining Restaurants. 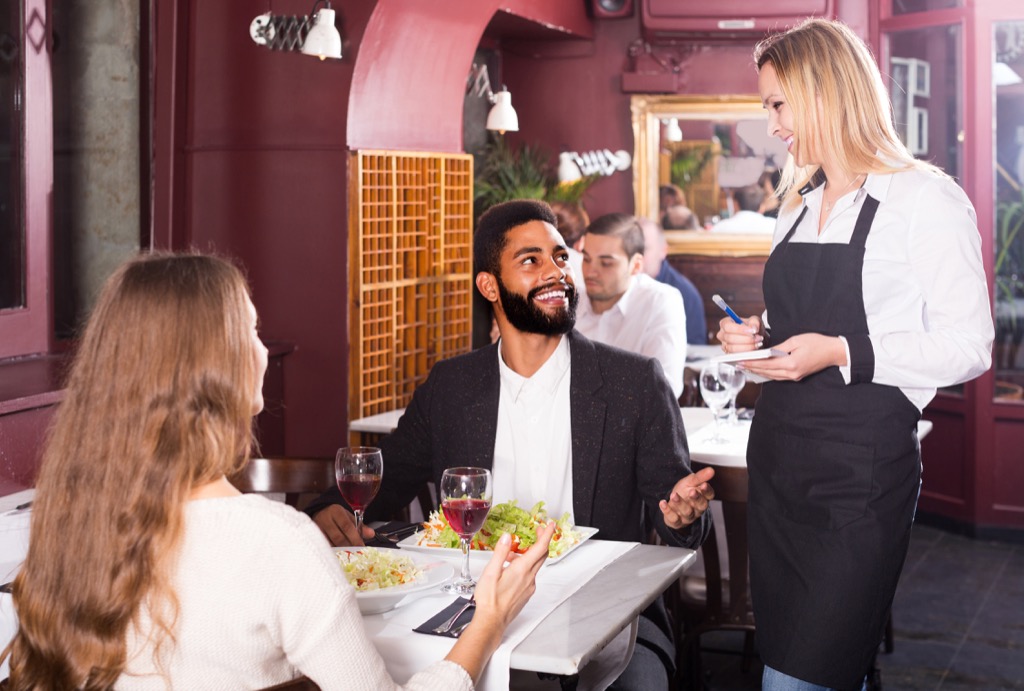 While it's not unheard of for a waitress or bartender to date a customer, that doesn't mean you should expect them to. "Hitting on your female server is generally ill-advised," says Zach. "They wouldn't come to your place of work and hit on you." If you ask for your server's number and they're not into it, drop the issue and don't wait around for them to get off work.

16
You Really Should Leave Before Closing Time

There's a lot to be done once the customers leave a restaurant, so it's of the utmost importance that you actually get out of there on time. "If you see the entire staff cleaning and putting chair son tables, you've overstayed your welcome," says Michael.

If you have an allergy or food aversion, feel free to tell your waiter about it. However, that doesn't mean you can completely change a dish's ingredients and expect a restaurant to cook it. If it's not in the kitchen, your server can't make it magically appear.

18
Flashing Money Isn't Going to Get You Far

Customers are often all too eager to try to get a server's attention by waving a wad of cash around. That doesn't mean you should do it, though. Not only is it rude, the only money your server cares about is the cash you're leaving for them at the end of the meal.

19
They're Probably Coming to Work Sick 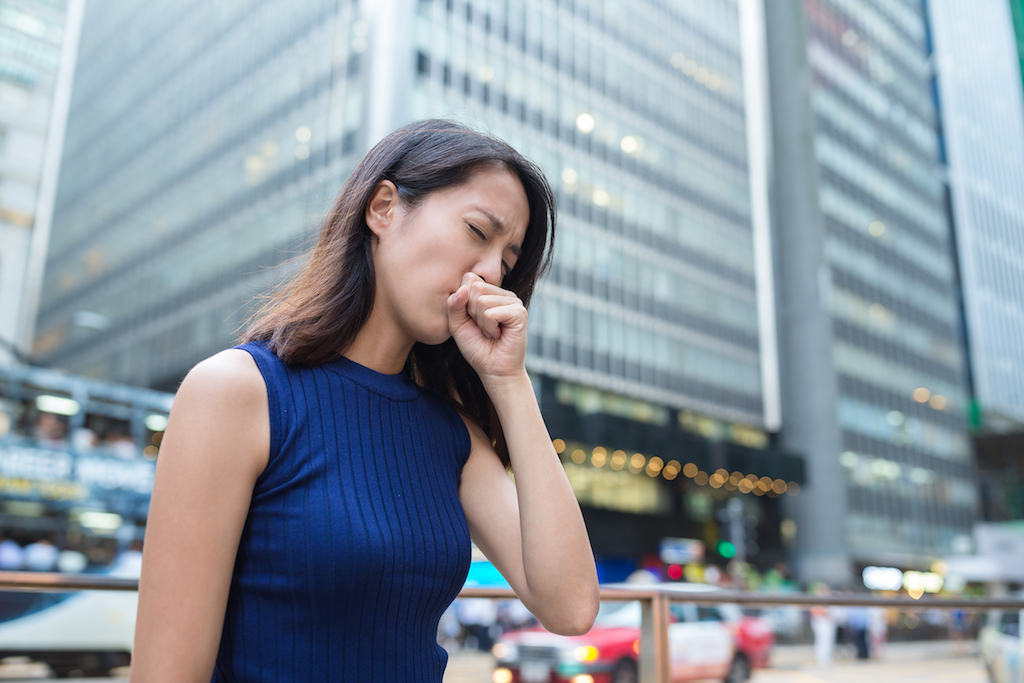 Unfortunate and unsanitary as it may be, your server probably can't afford to take the day off when they're under the weather. "Most places do not offer healthcare or paid sick days," says one server. When you want to save yourself the hassle of catching a cold or flu, follow the 40 Ways to Never Get Sick After 40.

20
You Really Need to Tip

If you need to trim your budget, don't do it by stiffing servers on tips. "Tip 20 percent for basic, good service. Some restaurants pay minimum wage, but some are able to pay even less because of tips," says Michael. "It's a terrible system, but until it is fixed, tipping is the livelihood of your server." If you can go over 20 percent, you should whenever possible. And to make sure you enjoy your mean, check out 20 Secret Restaurant Perks You Didn't Know Existed.

Sarah Crow
Sarah Crow is a senior editor at Eat This, Not That!, where she focuses on celebrity news and health coverage. Read more
Filed Under
Food
Read This Next
Latest News
Read This Next