Between COVID and crowds, you'll want to avoid these places.

With international travel posing additional COVID risk and sowing uncertainty, more Americans are opting for road trips and other domestic getaways in 2021. But even staying close to home comes with warnings, depending on where home is. Some states are lagging in vaccination rates as the Delta variant marches onward, and other are overrun with crowds or wildfires. Read on to find out which areas in the country you need to avoid now to stay safe.

Alaska's infection rates have doubled in the last month, largely due to COVID cases among unvaccinated residents. Despite the new numbers of the virus, the vaccination rate has stalled, with only slightly more than half the residents inoculated against COVID. "Alaska's latest and still growing COVID-19 wave involves a jarring new trend: younger hospital patients, at times sicker than the older people who needed medical care last year," reports the Anchorage Daily News.

This iconic and beloved national park set a new record for monthly visitors in June: nearly 1 million people. That's a 64% increase from 2020. It is expected that July and August 2021 will also set their own historic attendance records. If you're not up for massive crowds, skip this park in 2021.

At the time of writing, Florida is home to one in five of the country's new COVID cases. Florida's COVID-related death rates remain higher than the rest of the country's. The rise in the Sunshine State could be explained in part by summer's high temperatures and humidity, which cause more folks to stay indoors. "A day after it recorded the most new daily cases since the start of the pandemic, Florida on Sunday broke a previous record for current hospitalizations set more than a year ago before vaccines were available," reports the AP. "The Sunshine State had 10,207 people hospitalized with confirmed COVID-19 cases, according to data reported to the U.S. Department of Health & Human Services."

Florida's Gulf County—east of Panama City—is one of a handful of the state's most impacted areas. In the city of Port St. Joe and the surrounding areas, one in six residents is infected. The area is considered to be high risk for anyone unvaccinated. 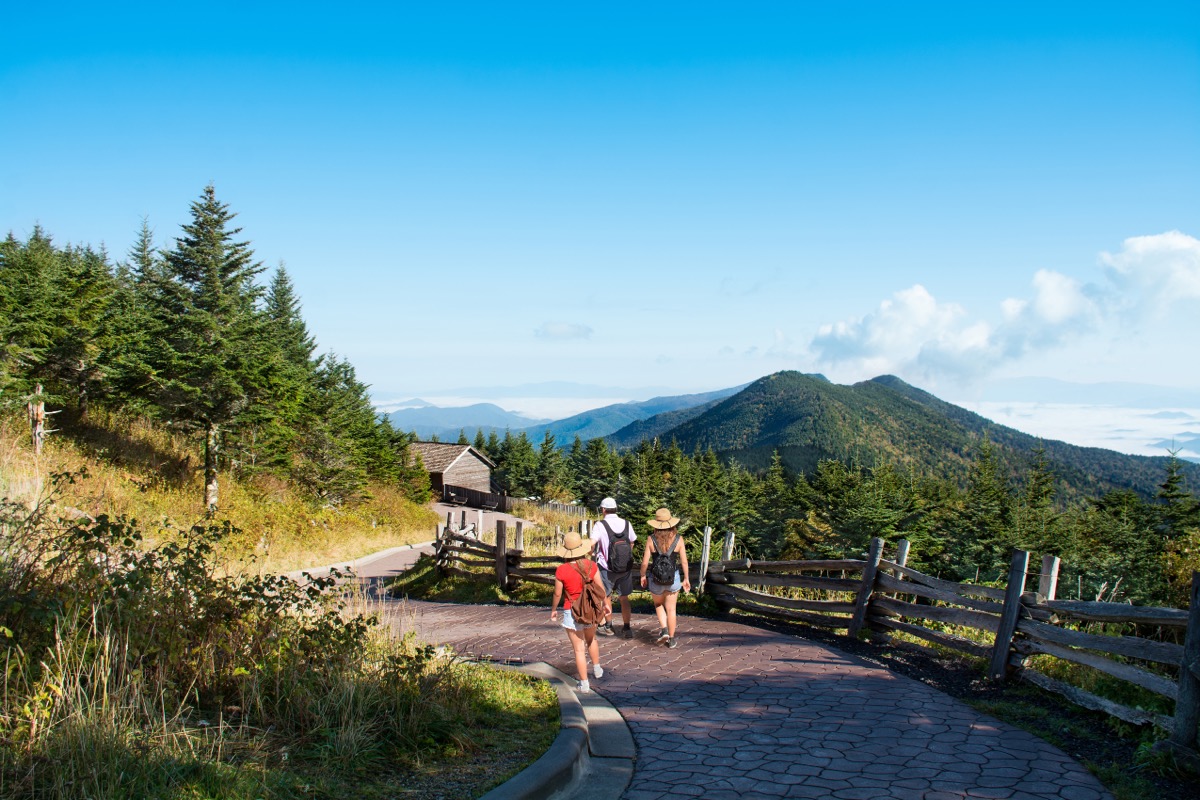 
Faring worse than neighboring Puerto Rico, the U.S. Virgin Islands is struggling after confirmation that the Delta variant has arrived on island, spreading faster than vaccines are reaching the arms of residents.

Missouri's vaccination rates aren't low enough to be in the bottom 10 worst states; however, public opinion is strongly against the injections, so much so that locals are wearing disguises when queuing up for the shot.

This Ozark Mountains town in Taney County is setting COVID records right now for new COVID cases. "The latest increase in cases has set records in some parts of the United States. Many of the places seeing more new cases than at any other point during the pandemic also have some of the country's lowest vaccination rates," reports the New York Times. "The Branson, Mo., and Harrison, Ark., areas have both set records this month. Less than 30 percent of all residents in either place are fully vaccinated."

This red-rock scenic wonderland is beloved by hikers, rock climbers and other outdoor enthusiasts—with the pull being especially strong this summer. Unfortunately, that had meant wait times of up to 4 hours to access certain trails thanks to overwhelming crowds of visitors.

One of the hardest hit states, Arkansas is seeing infection rates of 60 per 100,000 people. Hospitalization rates are the highest in the state since January. Vaccination rates remain low, with current counts citing that 80,000 unused doses in the state will expire come August 1. 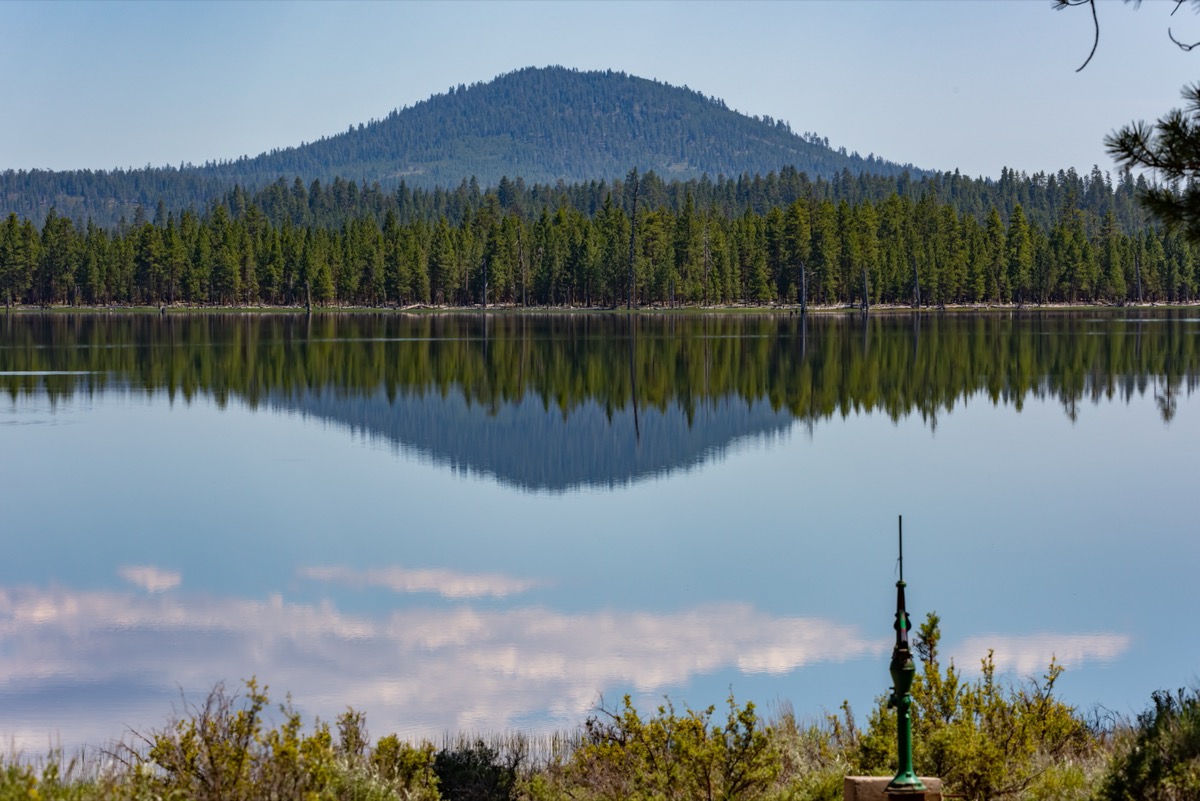 The Bootleg Fire of Oregon's Fremont National Forest, roughly a three-hour drive east of Eugene, is beginning to show a slowdown in spreading. That said, 413,4000 acres still burn. Lightning is believed to be the source of the disaster.

COVID rates in Mississippi keep rising, which is perhaps no surprise given that this southern state is dead last when it comes to vaccination rates. Cases have nearly tripled in the last two weeks. Of the state, Stone County just north of Biloxi and Gulf Port, is seeing the greatest impact. 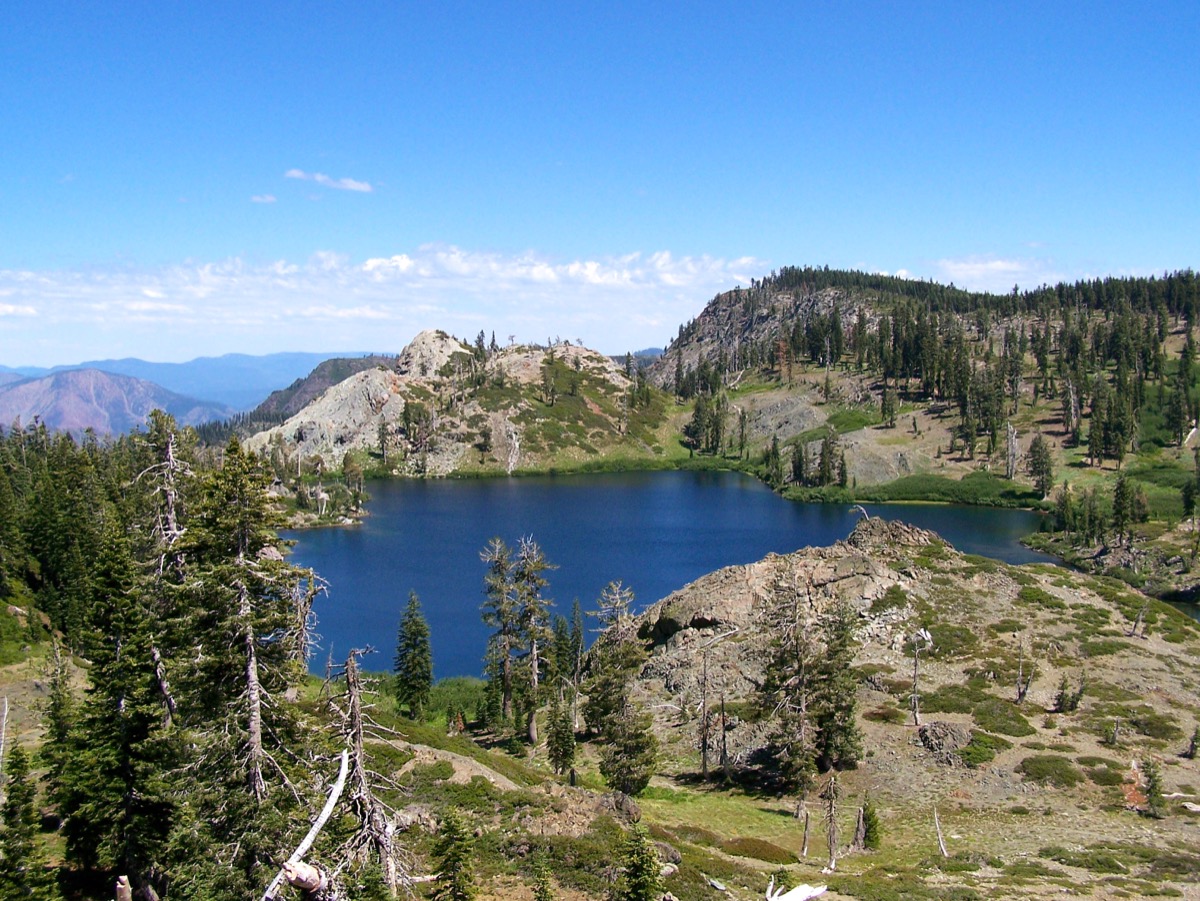 In the heart of the Sierra Nevada, the Dixie Fire rages. Located midway between Redding, California, and Reno, Nevada, the fire in Plumas County is sending residents fleeing. Currently, more than 241,000 acres are affected. Faulty equipment from Pacific Gas and Electric Company is believed to be the culprit.

COVID cases in Alabama are on the rise since June in this state that sits in the bottom five in the country for vaccination progress. A little more than a third of the state is fully vaccinated.

The biggest COVID hotspot in the entire state is also its biggest city: Mobile. This Gulf Coast hub is responsible for the biggest numbers of the state's increase, where new cases of COVID have more than doubled in the last two weeks.

The Pelican State is seeing a lot of press right now, and it's not good. The state has a spike in new COVID cases 10 times higher than June's numbers. The lower half of the state, home to New Orleans, is seeing the greatest threat. 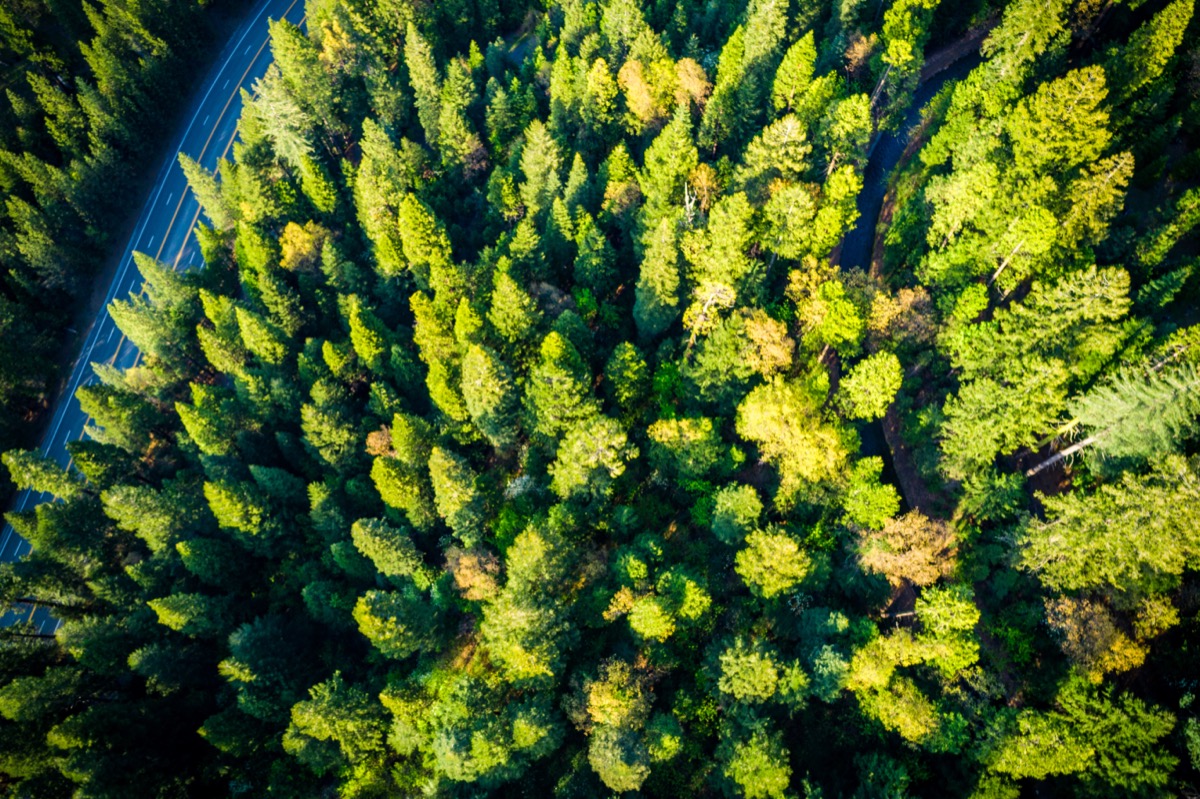 Near Yosemite, a newer fire has sparked in the Sierra Nevada, already claiming 14 square miles. Only 10% of the blaze has been contained, making this an area to monitor. 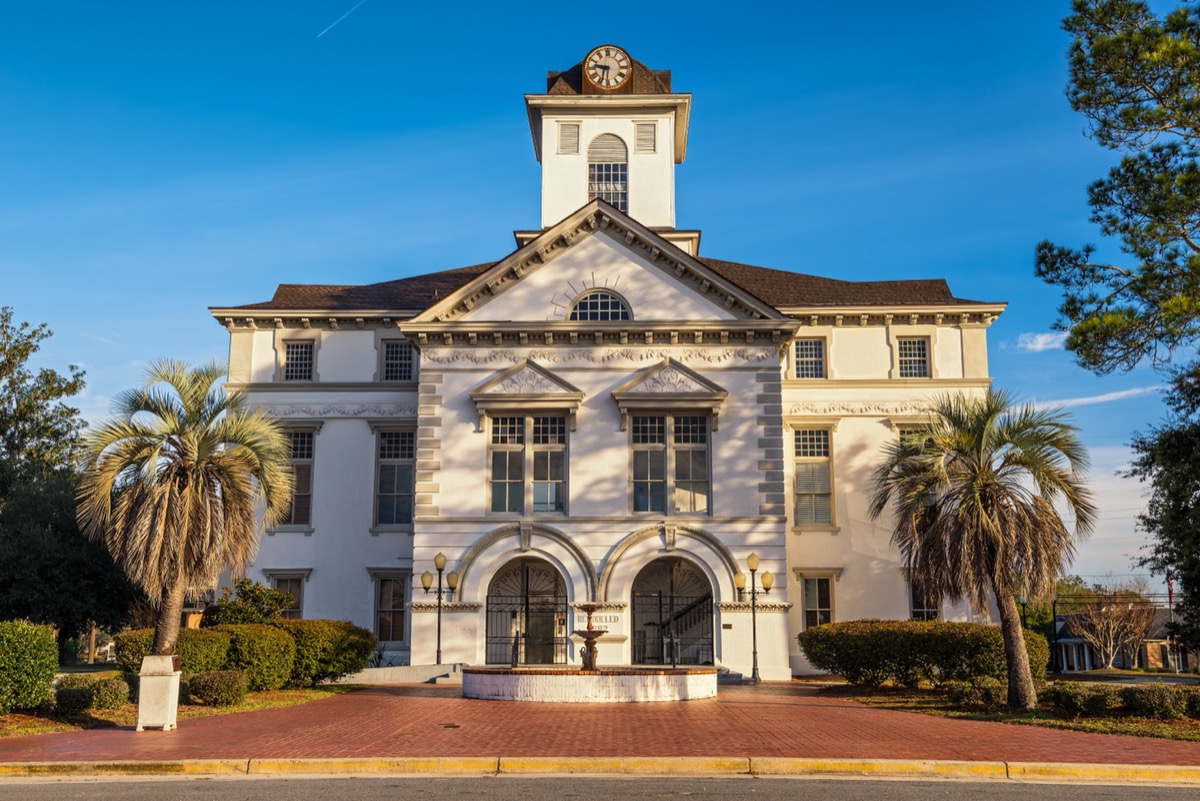 Although much of Georgia poses little risk compared to the rest of the South, Brooks County just west of Valdosta, a city near the Georgia-Florida-border, is in the middle of a COVID spike. Infection rates have climbed more than 3,200% in the last two weeks.

B.E. Morton
B.E. Morton has written for magazines and websites for more than two decades. Read more
Filed Under
News • Travel Advice
Read This Next
Latest News
Read This Next