The 24-year-old is courting the spotlight with her recent foray into modeling.

Antonio Banderas and Melanie Griffith made headlines in the mid-'90s for their whirlwind courtship. Both were married to other people when they met on set of the comedy Two Much—Griffith to actor Don Johnson and Banderas to actress Ana Leza—but soon divorced their respective partners in the throes of their new romance. In a matter of months, the couple tied the knot in London and welcomed their first and only child together, Stella del Carmen Banderas Griffith. Born in Marbella, Spain but raised in Hollywood, Stella, now 24, has managed to lead a relatively private life—but between her movie star looks, her interest in acting and modeling, and her headline-making parents, there's a good chance we'll be seeing more of her in the years to come. Read on to see what Stella looks like now, and for more celeb kids embracing the spotlight, See Sean Penn and Robin Wright's Kids All Grown Up.

1
Her parents credit her for their close relationship, post-divorce.

Though Banderas and Griffith split in 2015 after 18 years of marriage, the former spouses reportedly remains close to this day. Banderas says their relationship with their daughter, Stella, has helped to keep the ex-couple's bond strong despite their decision to part ways.

"The life I had with Melanie was beautiful," Banderas said in an interview with the TV show El Break de las 7. "We gave our best and lived wonderful moments that I will not forget. We had a wonderful daughter that we both love and that is the end result of our relationship, the most beautiful thing we have ever done together," he said. And for more celebrity news delivered right to your inbox, sign up for our daily newsletter.

Stella is the only child of Banderas and Griffith, but she has two older half siblings from her mother's previous marriages. Her sister, Dakota Johnson, (yes, that Dakota Johnson) is best known for her starring role in the film series 50 Shades of Grey.

In a speech delivered at the Hollywood Film Awards in 2019, Johnson sang the praises of her blended family, saying, "I got a bonus dad who I realized that, over time, is actually one of the most influential people in my whole life. When I was six years old, my mother married a man who brought an unbelievably bright light, a whole new world of creativity and culture." Giving a nod to Stella, she added that Banderas helped to bring "one remarkably magical little sister into our family." And for more updates from celeb kids, See Celine Dion's Son All Grown Up at 20.

Stella's Instagram account is peppered with modeling shots that suggest an interest in the limelight, and she's even graced the pages of Glamour Spain. But more than modeling, her parents have reported that she would someday like to follow in their footsteps to pursue a career in acting. While she hasn't done any screen acting recently, she did get an early start: she made her big screen debut in the film Crazy in Alabama when she was just three years old alongside her famous mother, who starred in the film under Banderas' direction. Her proud father shared on Access Hollywood that most recently she's taken acting classes at the Stella Adler Studio of Acting in New York City.ae0fcc31ae342fd3a1346ebb1f342fcb

Behind the scenes, Stella has also been focused on business: she recently shared on Instagram that she founded a perfume company called Lightbound Studio. After developing the company over the last two years, she says the product will formally launch in the next few months.

4
Her parents have expressed their unwavering support for her career. 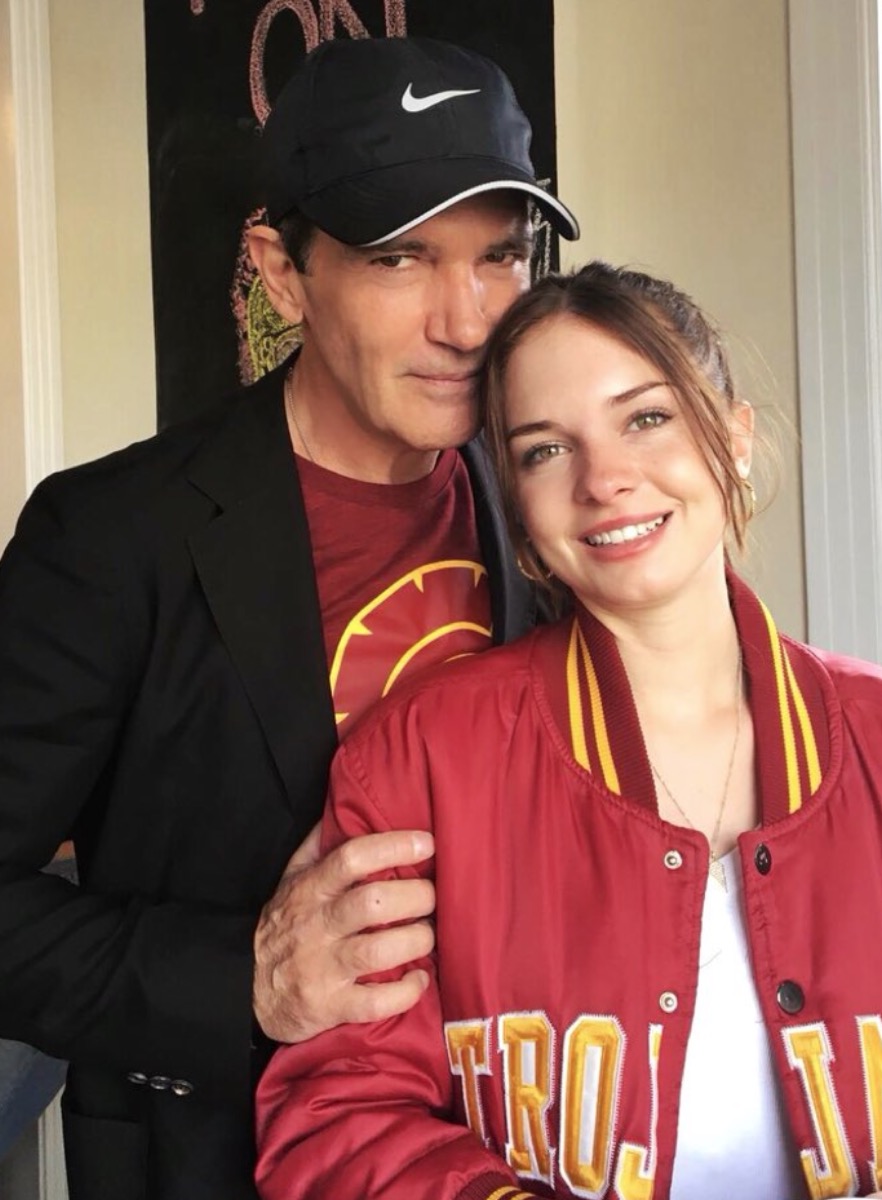 Whatever career Stella ultimately chooses to pursue, her parents have made it clear that they're in her corner. "I want her to do what she really feels. And she'll have my support in any field that she decides to go [into]. If she wants to be a doctor, I will be there supporting her. I don't want to force her to do anything she doesn't want to do. I want my daughter to be a free, independent woman. She has to find her way," Banderas told Access Hollywood.

Meanwhile, Griffith regularly shares tributes to all three of her grown children via Instagram. "You are the most beautiful young woman inside and out. I love you with all of my heart and soul!!" she wrote in celebration of Stella's 23rd birthday. And for more updates from your favorite celebrity families, See Catherine Zeta-Jones and Michael Douglas' Kids All Grown Up.