This Is the Most Insulting Gift You Can Give, Data Shows

According to a survey, these are the presents you should not give this holiday season.

They say it's better to give than to receive, and for the most part it's true. Nothing feels more rewarding than seeing a loved one's eyes light up after ripping the wrapping paper off a present you painstakingly picked out for them. It just feels good when you nail it—but not everyone seems to agree. We've all received a gift that has made us force a smile when we were cringing inside, whether it's something we'll never use or something that's so not our style it will be instantly relegated to the back of the closet. But it turns out many people are giving gifts that take that ick factor up a notch and are downright offensive—sometimes even on purpose. So, what is the most insulting gift you can give?

The team over at CardSnacks decided to conduct a survey to dig a little deeper into this insulting gift phenomenon. After collecting 1,077 responses from people in the U.S. (54 percent who identified as men, and 46 percent who identified as women) ranging in age from 19 to 84, they not only discovered the most insulting types of presents, but also that many people were choosing to gift them. About half of the people surveyed said they would do this to get a good laugh, while 34 percent said they would give an insulting gift to be, well, insulting. Along with selecting an undesirable item, the company reported that "making the present look regifted was also a popular method of insulting the receiver."

And it seems this isn't just in theory—57 percent of those polled said they had in fact received a rude gift in the past. According to the research, this most often happens between friends, rather than family members or co-workers. So whether you're a jokester, someone with a bone to pick, or a person actually looking to avoid an awkward gift-giving moment, here are the most insulting presents out there.

RELATED: Never Buy a Gift Card If You Notice This, Experts Warn.

Gifting an activity can make the receiver feel like hanging out with them is a chore, even when it's not, which may be why 5 percent of respondents said this was the most insulting type of gift. Can't you just make a plan to do something fun together without it being a present?

RELATED: The 50 Best Holiday Gifts for Your Husband.

Usually if a person wants to play a sport, they'll already own the equipment. Let's just leave it at that, 7 percent of survey takers say.

Yes, we all use electronics daily, but for 8 percent of the people surveyed, there may be something that feels a little cold and impersonal about giving them to a loved one as a gift.

Though your bookworm friend may love the latest New York Times bestseller, a new novel or coffee table tome may just end up gathering dust (and causing resentment) if it lands in the wrong hands. With that in mind, 10 percent find this kind of gift insulting. 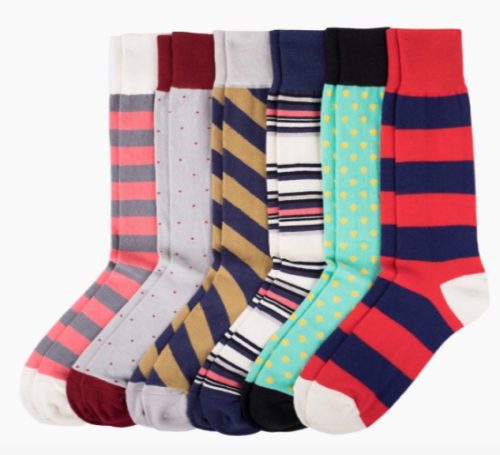 It's usually best to let people pick out their own clothing, especially when it comes to socks. Disagree? Take it up with the 11 percent of people who feel insulted by these presents.

Sure, the holidays are all about eating, drinking, and being merry. But that's what you do with your friends and family, not something you need to take back home with you to feel guilty about. In this survey, 12 percent of respondents picked food/drink gifts as the most insulting.

This type of gift was especially irksome for the baby boomers who were interviewed for the survey, 18 percent of whom think it's especially insulting. The gist is that giving a household item may insinuate that they are not doing a good job at whatever it is used for. For 13 percent of survey takers across all ages, no cleaning products, please.

Beauty and personal care products also fall into the "you're not doing as good of a job as you should be" category. One person surveyed recalled her husband being awkwardly gifted a pair of nose hair trimmers. Yikes! This was the second-most cited insulting gift, earning it 15 percent.

Though we could all probably use a little extra cash, it's not something people want to find in a gift box. The message that comes across here is that the person giving the money didn't feel the need to put any thought into their present—guess you're only worthy of a stop at the ATM. Cash came in with 18 percent of the vote, making it the most insulting type of gift, according to this survey.

RELATED: This Is the Most Hated Valentine's Day Gift, Survey Shows.