It's time to challenge your comfort zone.

Trendiness is generally anathema to what we consider to be great men's style. After all, today's guys are still constantly told to wear time-honored "classics" and to worship at the altar of Cary Grant or Steve McQueen. But that doesn't mean that you can't have great style and challenge your comfort zone by embracing some excellent menswear trends that have cropped up more recently than your last viewing of Bullitt. Case in point: The stylish items that follow. So read on, and be inspired to mix it up a little! 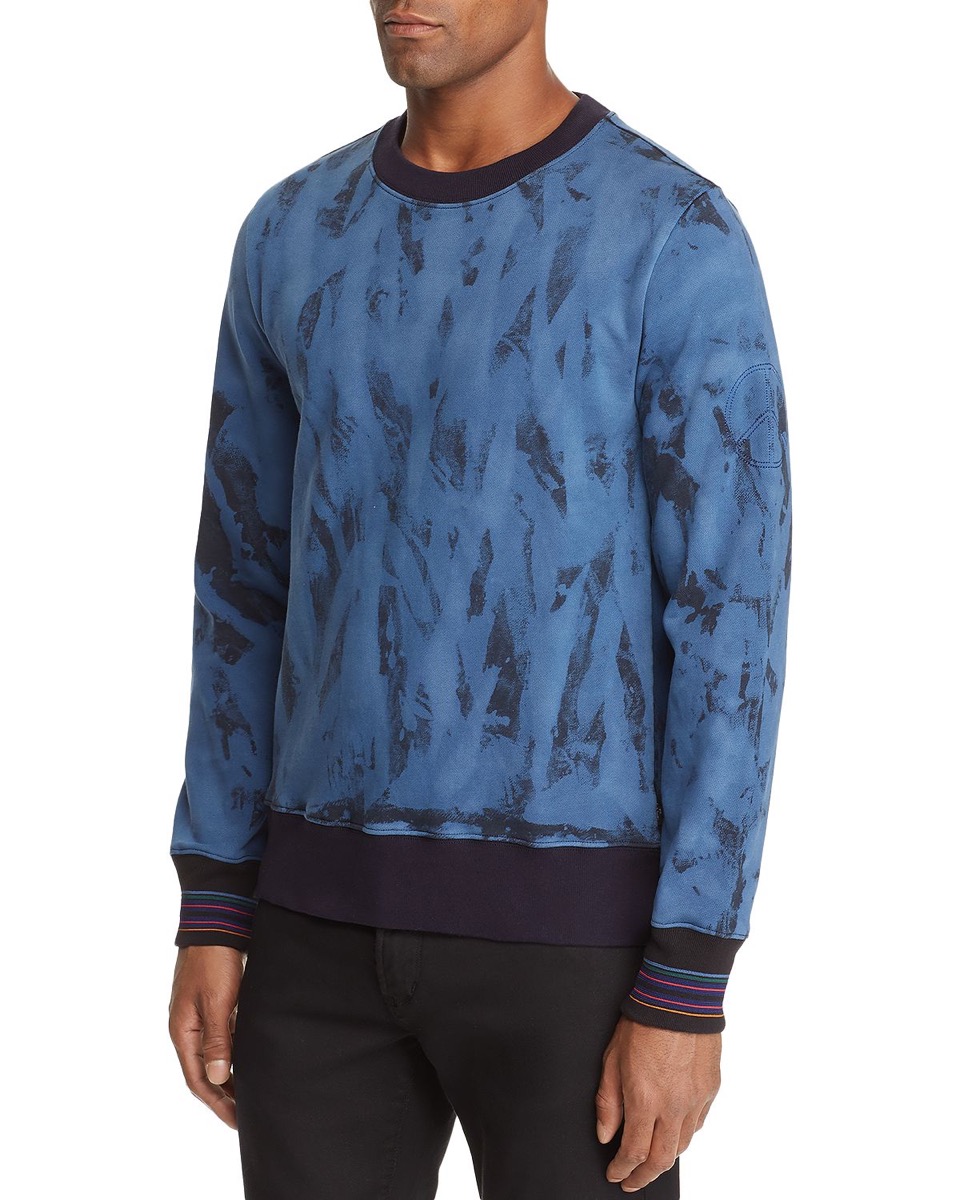 Some men love it. Some men hate it. (For what it's worth, we're squarely in that second opinion.) But regardless of how you feel, there's no avoiding it: Thanks to style icons like Jonah Hill, tie dye was a huge trend in 2018—and there's nothing to suggest it's going anywhere in 2019. If you want to get some color in your life (and rack up tons of Instagram likes in the process), consider hopping aboard. Go with a casual sweatshirt or hoodie for maximum cool factor. 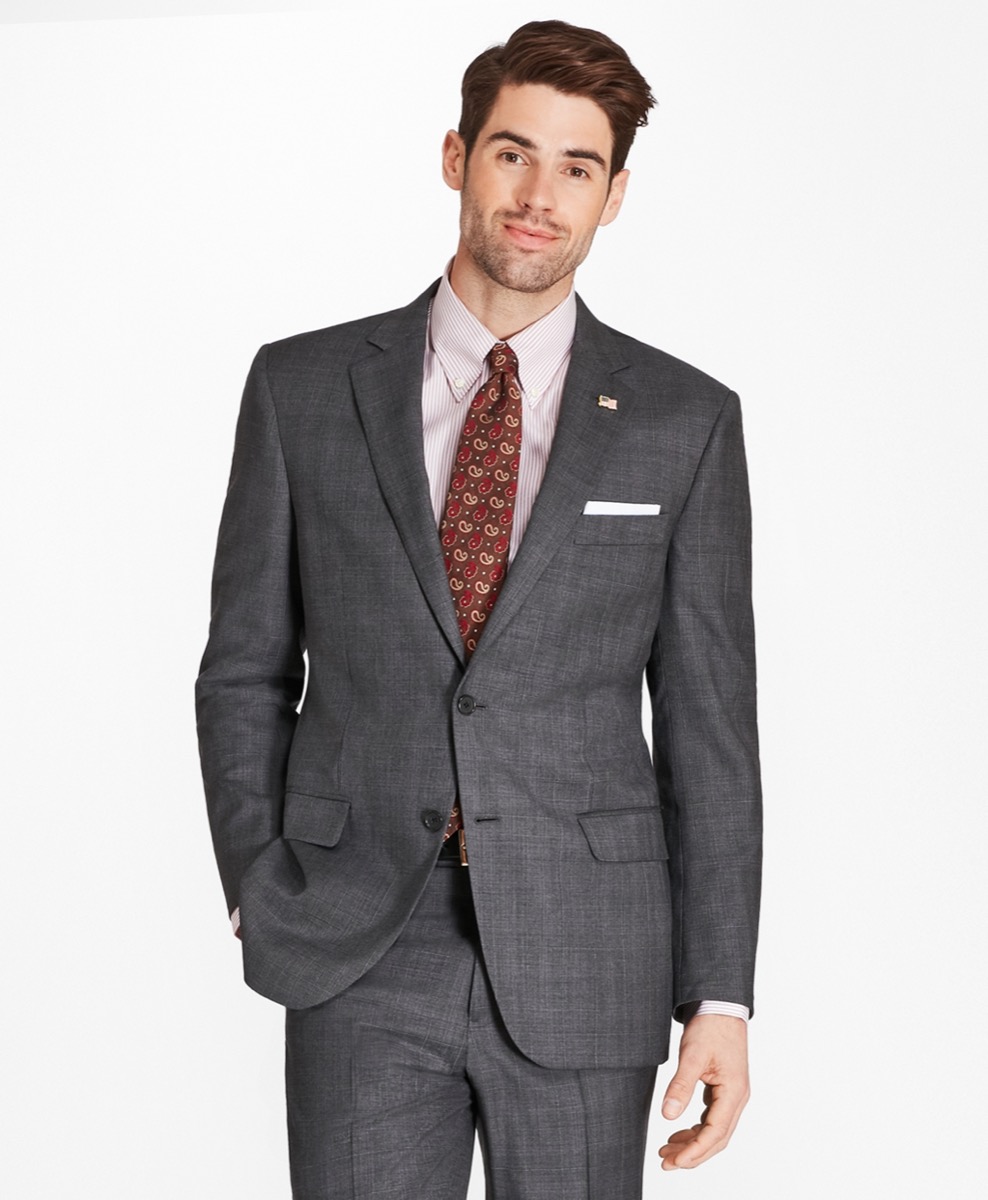 For years, the ethos regarding tailoring writ large—slimmer, trimmer, fitter—has had men walking around like wannabe James Bonds. But the winds seem to be changing. On the runway, in recent seasons, designers from Armani to Zegna have featured looks with wide legs and soft shoulders—meaning it's only a matter of time before we're all swimming in slouchy wool like it's 1995. So get ahead of the game: next time you pick up a suit, don't get the slim fit. 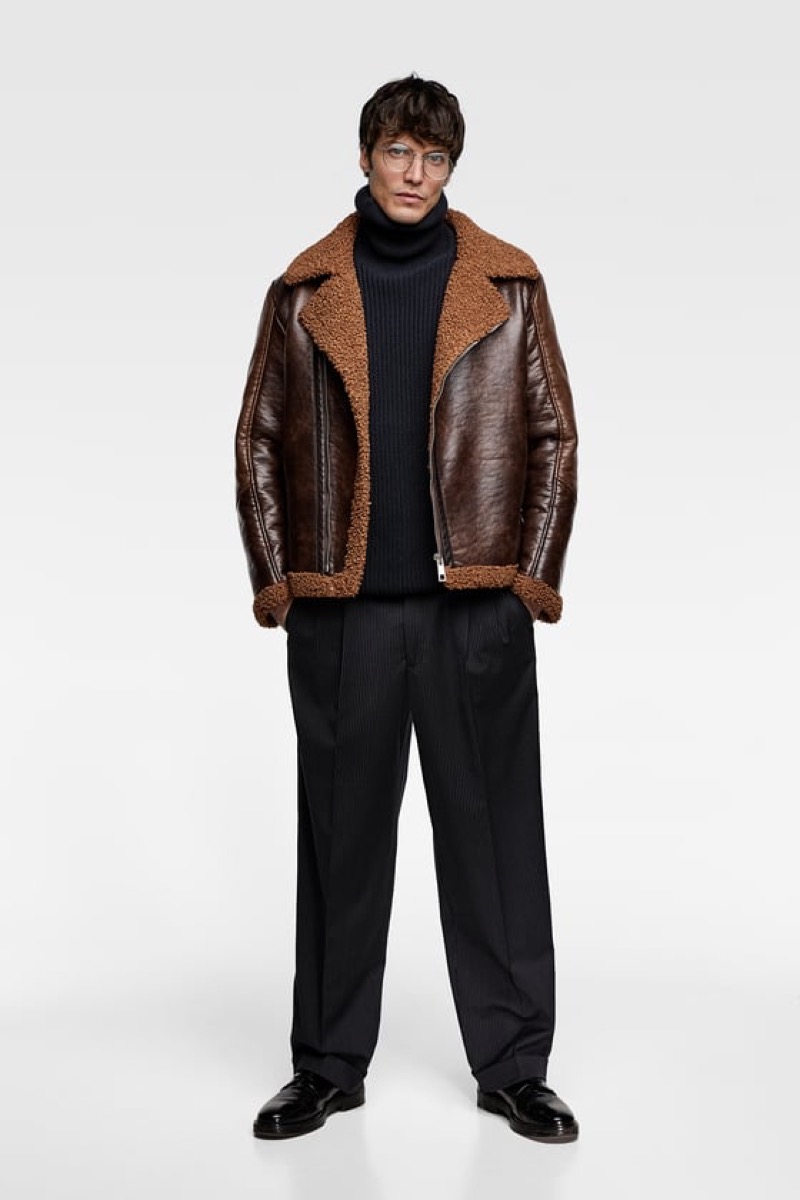 Real fur is ostentatious, unethical, and often prohibitively expensive. (Short version: It's tacky.) These days, though, the fake stuff looks and feels just as good. And it's everywhere, too: bombers, parkas, and—if you want to tackle two trends at once—even biker jackets. 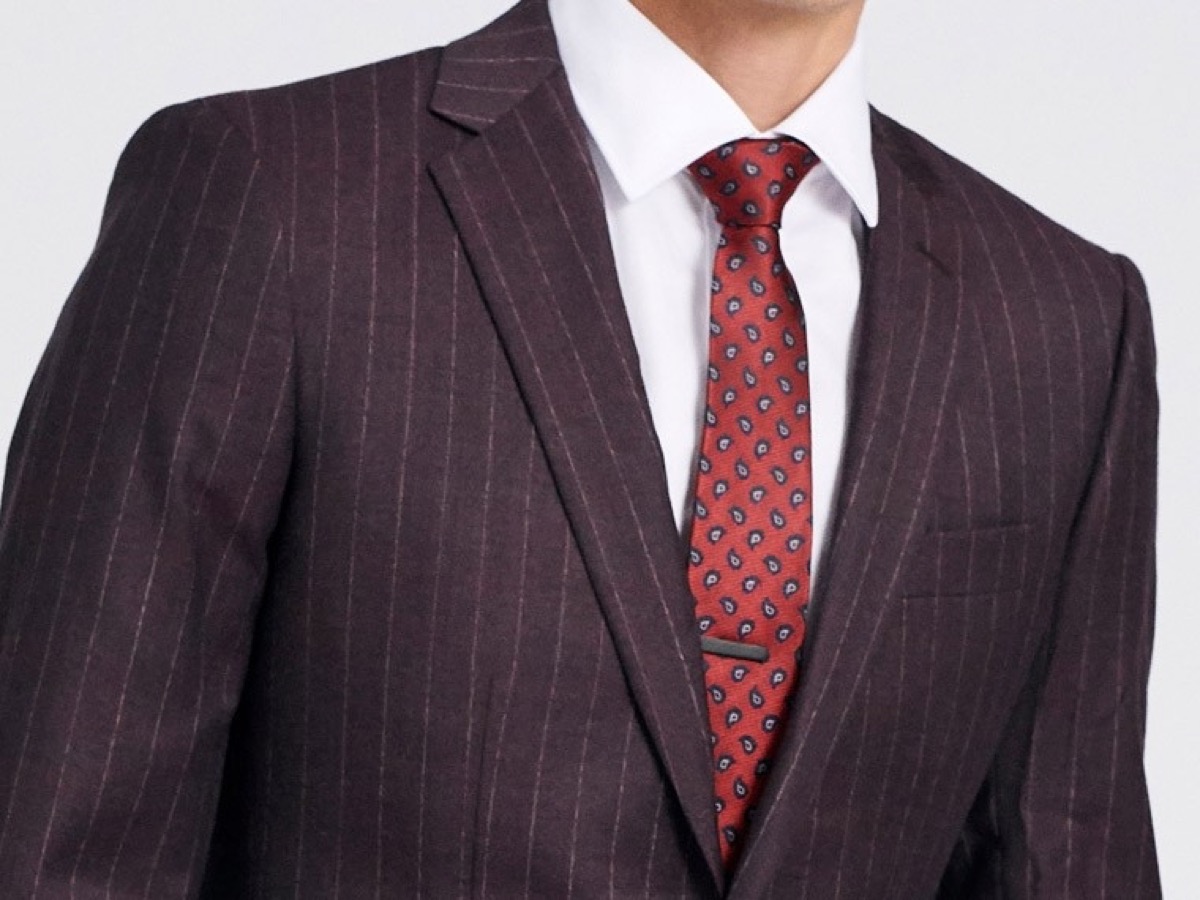 The '80s were good in some ways and bad in others. But the decade's most egregious transgression was the collective death sentence it gave to pinstripes. Thankfully, the pattern survived—and it's returned with more elegance than ever imagined. To stay on trend, look for a muted "chalk stripe": something that looks a bit like a sun-faded tattoo. (We don't recommend that for your skin, but it looks fantastic on your clothes.) 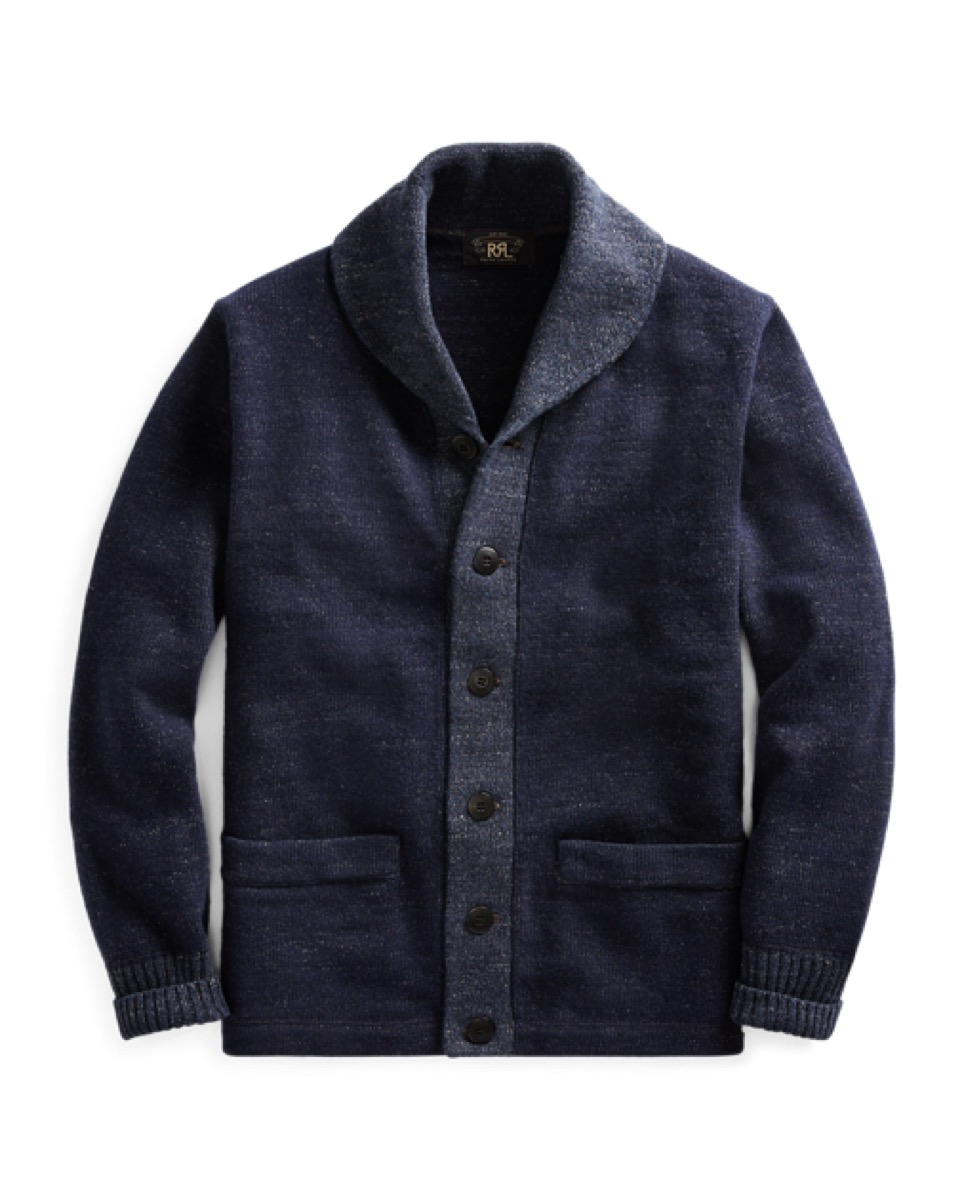 In 2018, no matter where you looked (at least during the colder months), there it was: the chunky sweater. From the cable-knit pullover to the shawl-collar cardigan, thick, masculine knitwear was everywhere. Now, that doesn't mean you should toss out any bicep-hugging merino you've stocked up. But, come wintertime, try putting a little extra meat on your bones—in the form of a whole lot of wool. 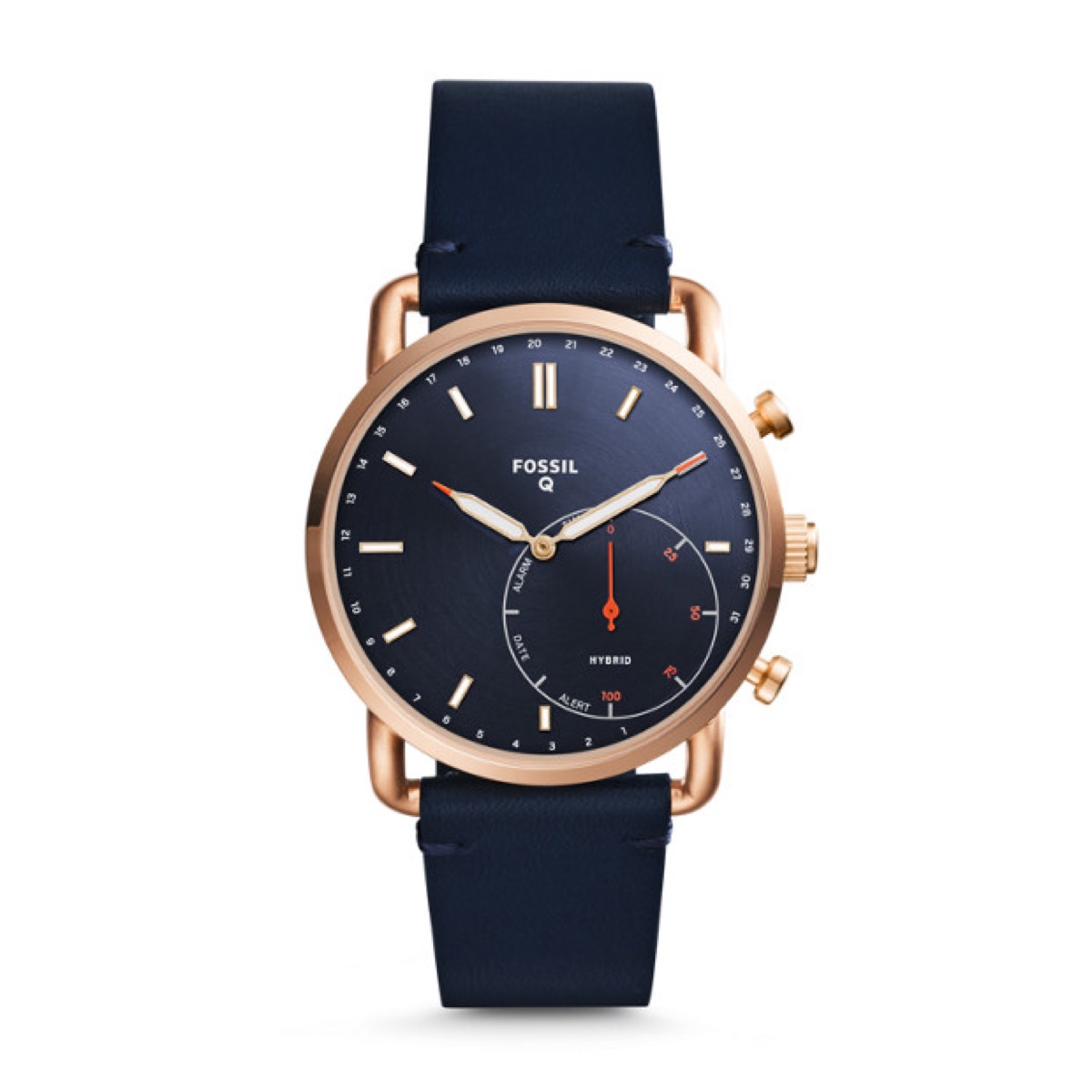 We're fans of the Series 3 functionality. But come on: no matter what Apple's design gurus do, it will always look a little dorky. That's where hybrid smartwatches come in. They do all the same cool stuff—calendar alerts, music control, health tracking, one billion notifications—but look like the real deal. If you want to hop on the wearables trend without sacrificing style, that's the way to do it. 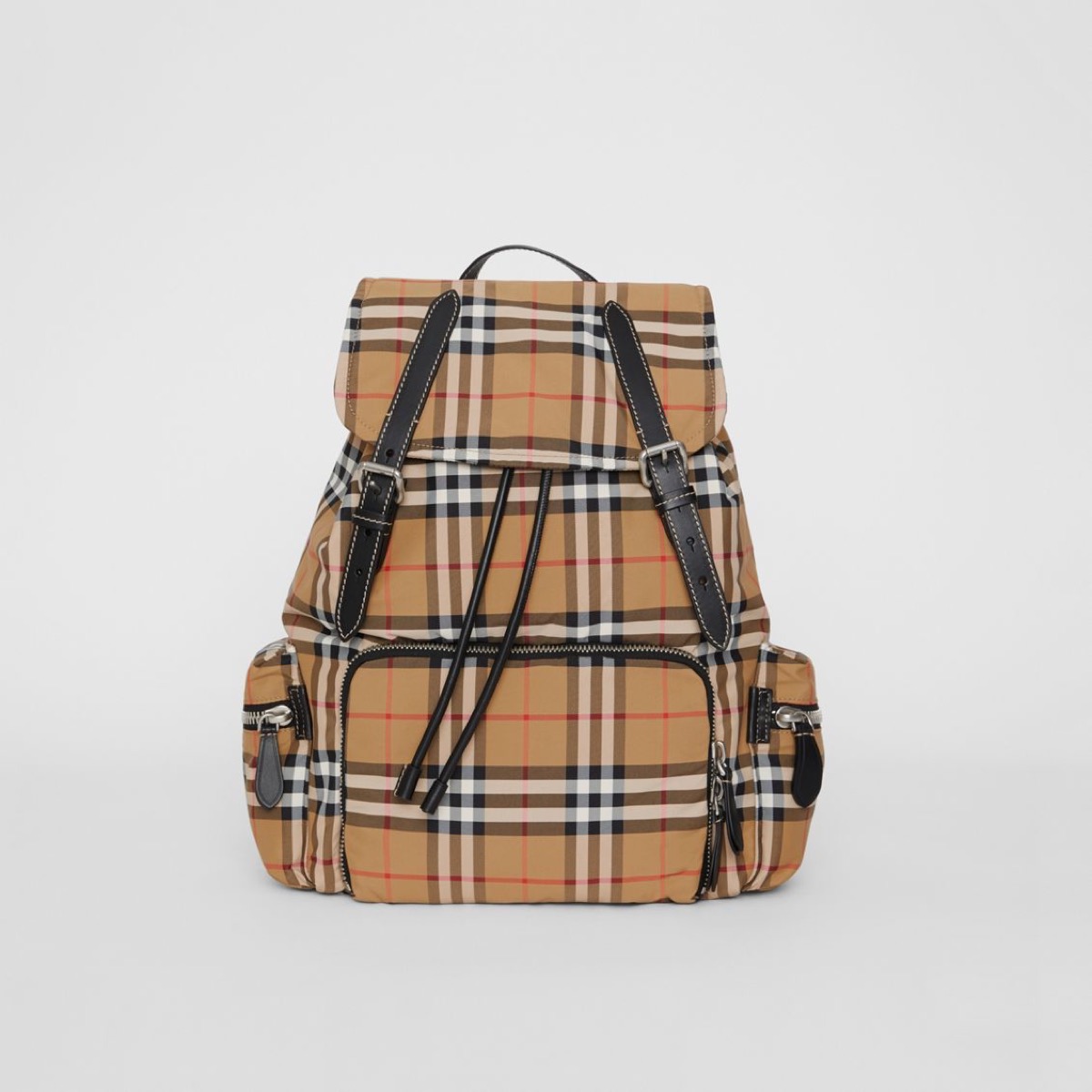 From topcoats and blazers to pants, shoes, and everything in between (for instance: the pictured ultra-stylish Burberry rucksack), plaid made a huge resurgence in 2018. But we're not talking about soft-spoken Glen of the past. The plaids of today are loud and proud—built more to stand out from the crowd than to blend into it. 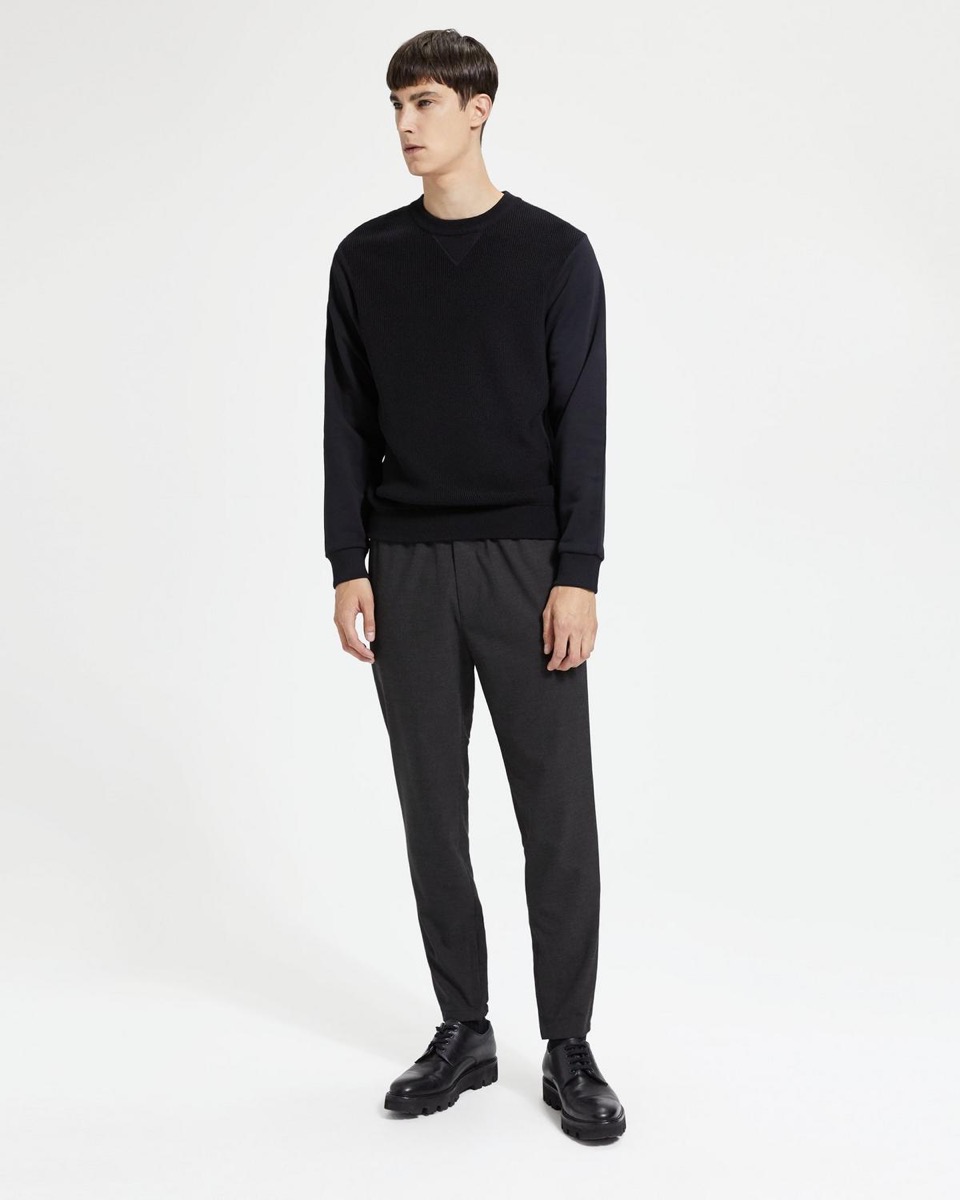 Yeah, yeah, you've heard plenty about "athleisure" and the death of formality and all that jazz. And, to be fair, the unstoppable march of Lululemon domination shows no signs of stopping. But the stylish move these days is to tone it back a bit: Instead of going head-to-toe in off-duty gear, just really cool pair of sneakers (or some sweats that could sub in for trousers) will do the trick. Think of it like a casual approach to casual wear. 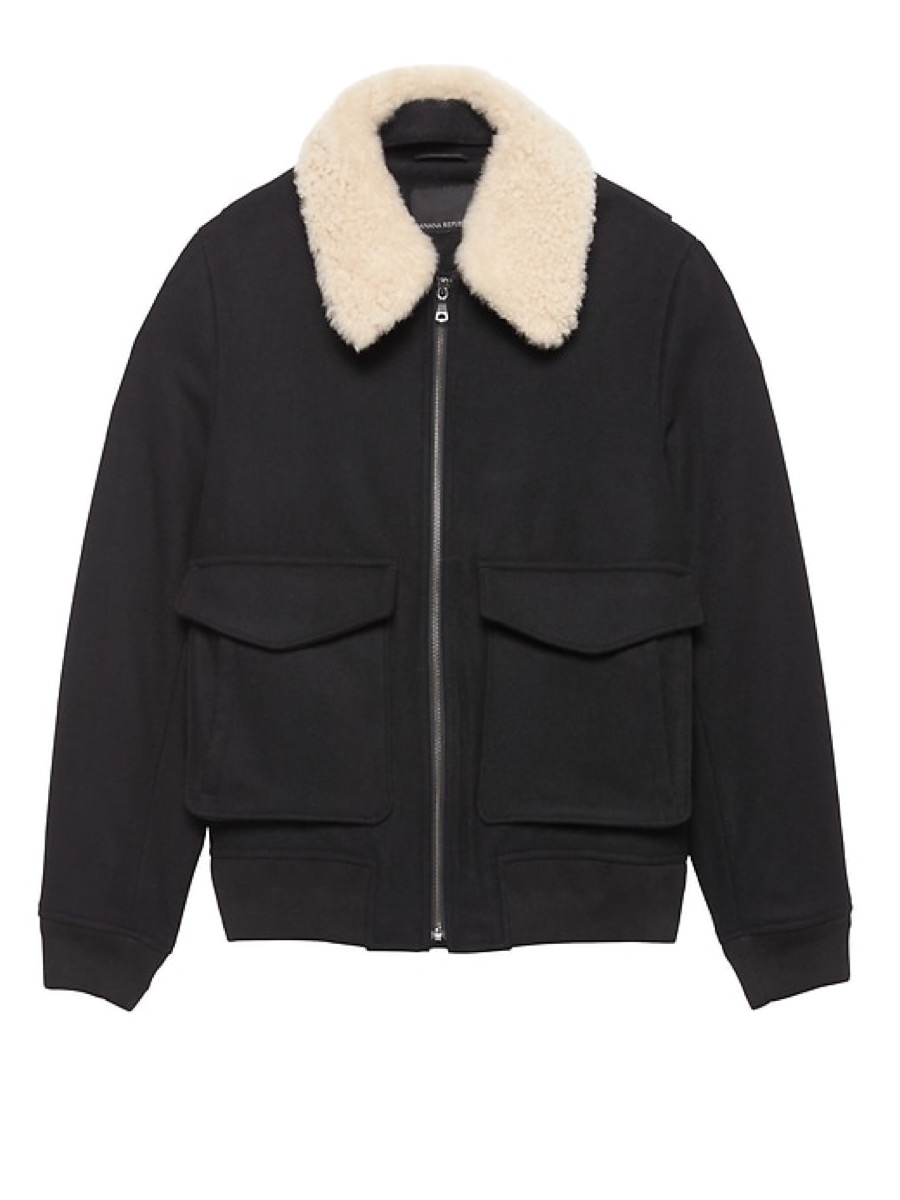 There's not a single men's style influencer these days who doesn't have at least a handful of Instagram posts featuring shearling coats. Most are traditional, in camel or tan. But the trendiest accounts—or, rather, the men featured on them—step outside of convention to rock bright colors or moody, pitch-black suede. 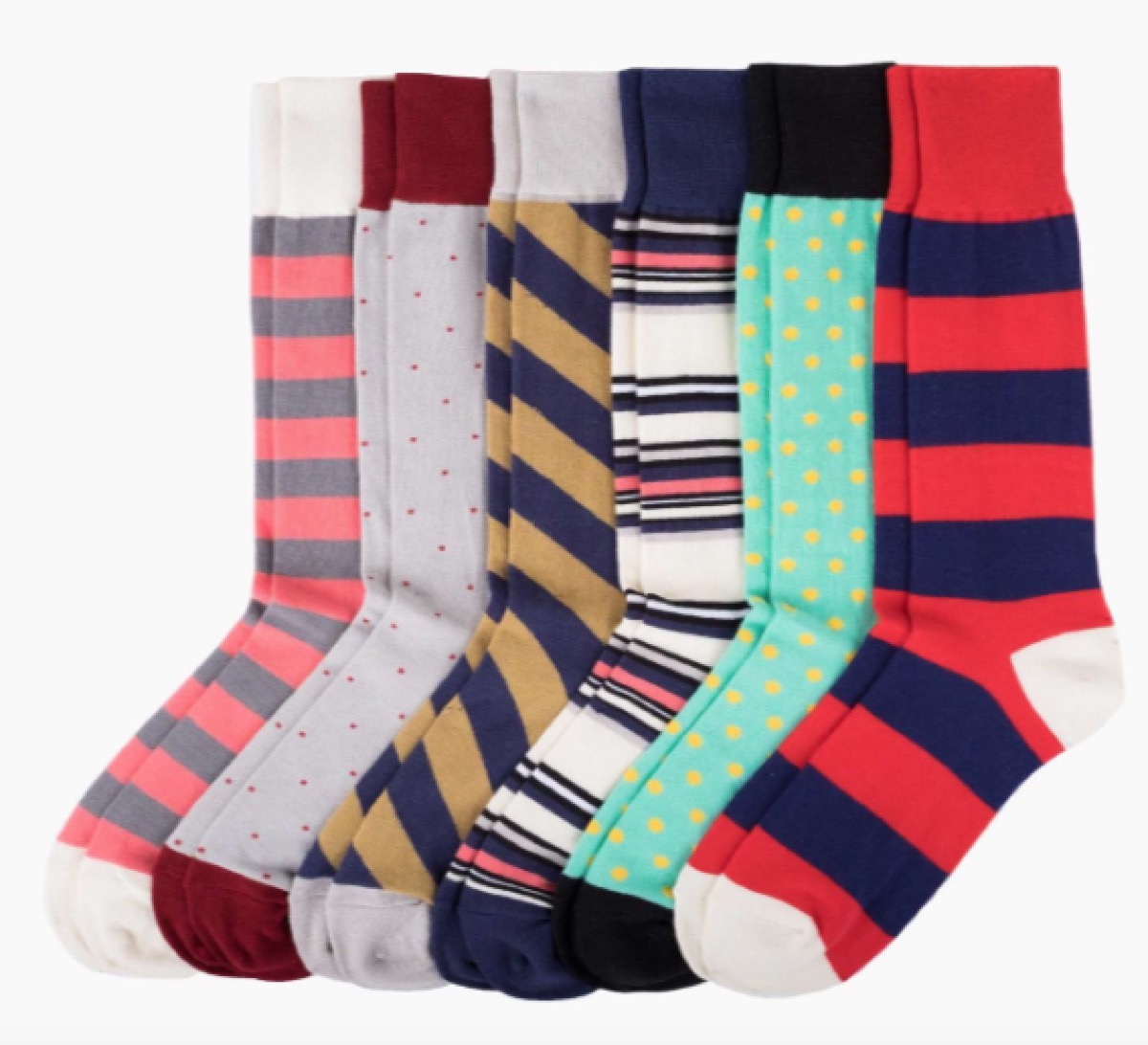 The most naturally debonair men on the planet (exhibit A: Justin Trudeau) give it all head to toe—literally. Spice your sock drawer up with polka dots, contrasting stripes, clashing colors, and the like. Next time you go shopping, toss a pair or two of funky footwear into your bag. Or let professional stylists choose for you, and sign up for one of the many subscription sock services out there. 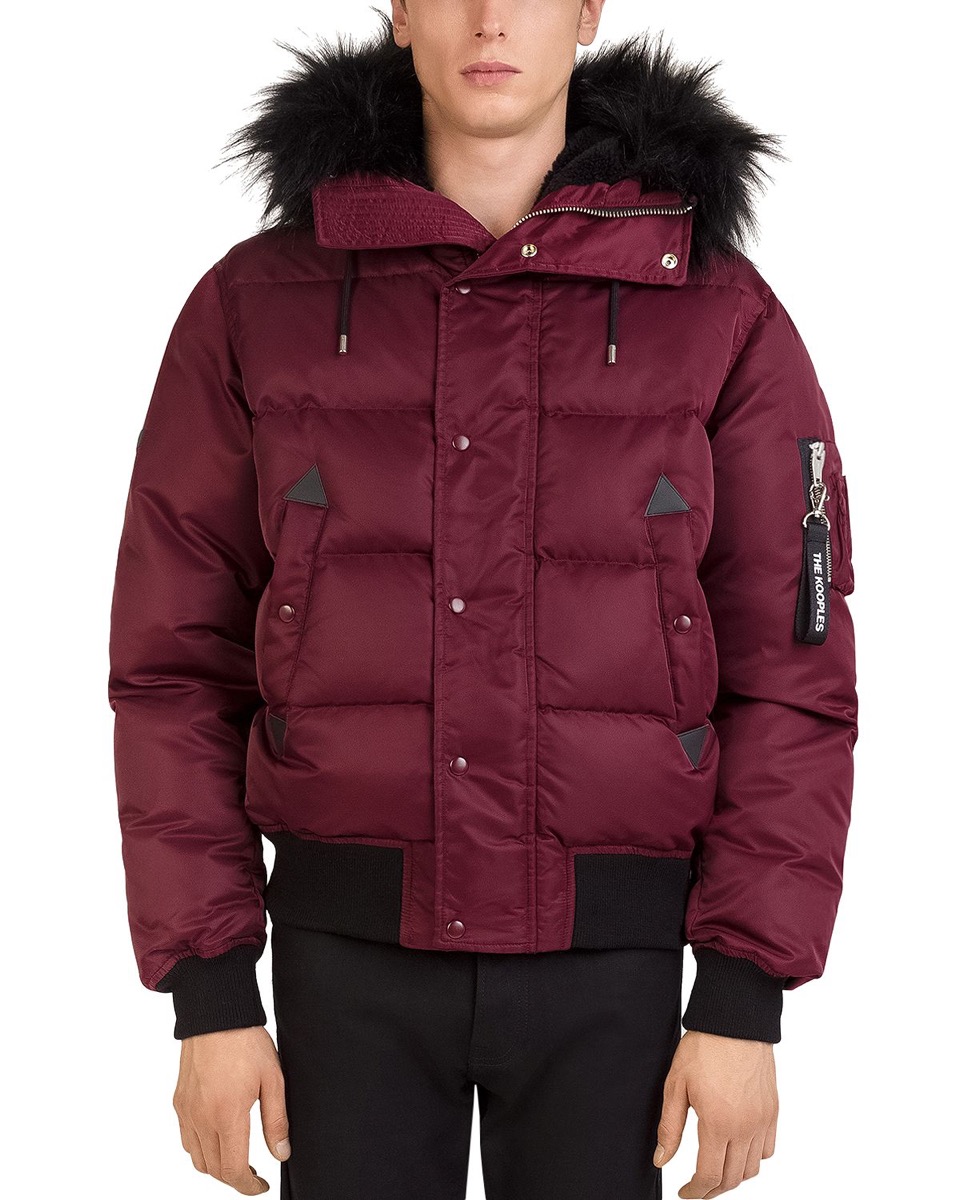 It's high time to break out of the navy-gray-black-tan mold. As evidenced by practically every runway show and A-list collection of the past, oh, 18 months, there's another color that looks great on literally every guy: Burgundy. It's bold yet reserved, commanding yet not domineering, and is the rare hue that seems impervious to clashing. 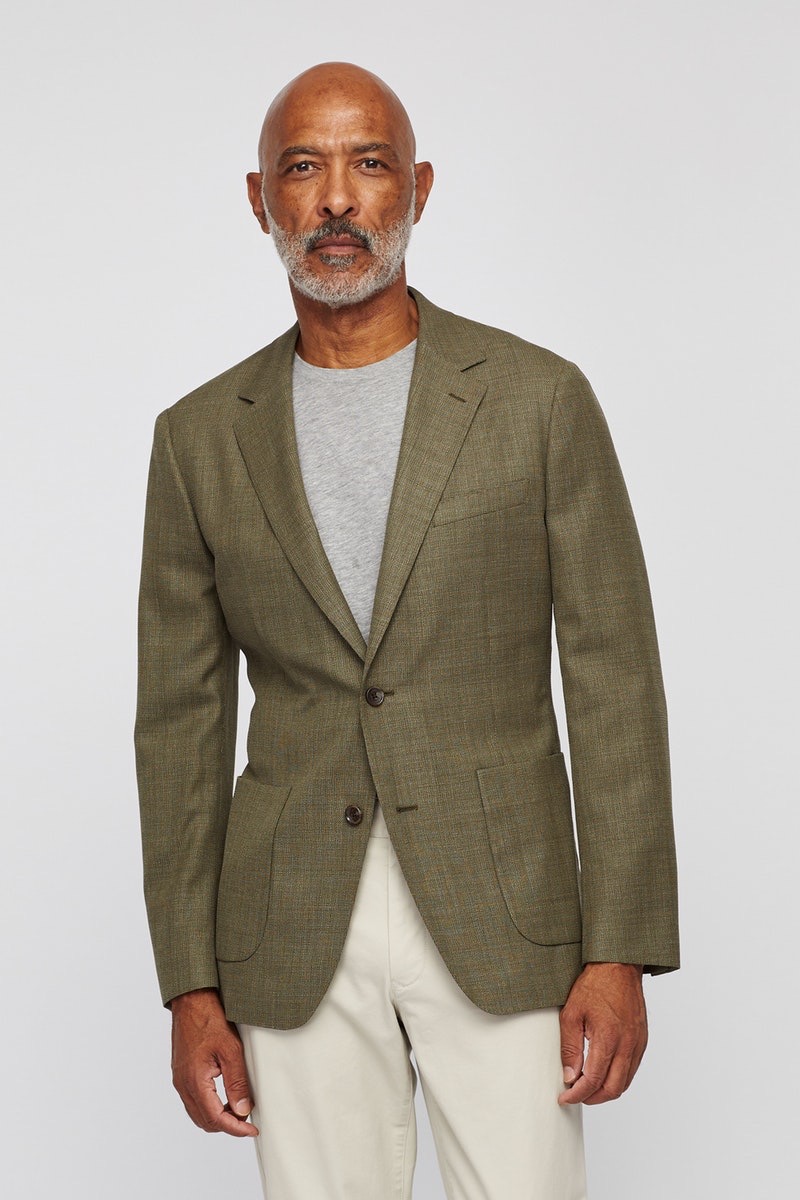 It's just the latest example of the fashion industry lifting from its favorite collective muse: The military. This is good news for you, though, because—like trench coats, pea coats, and every other uniform-inspired piece of clothing—olive looks great on everyone and with everything. 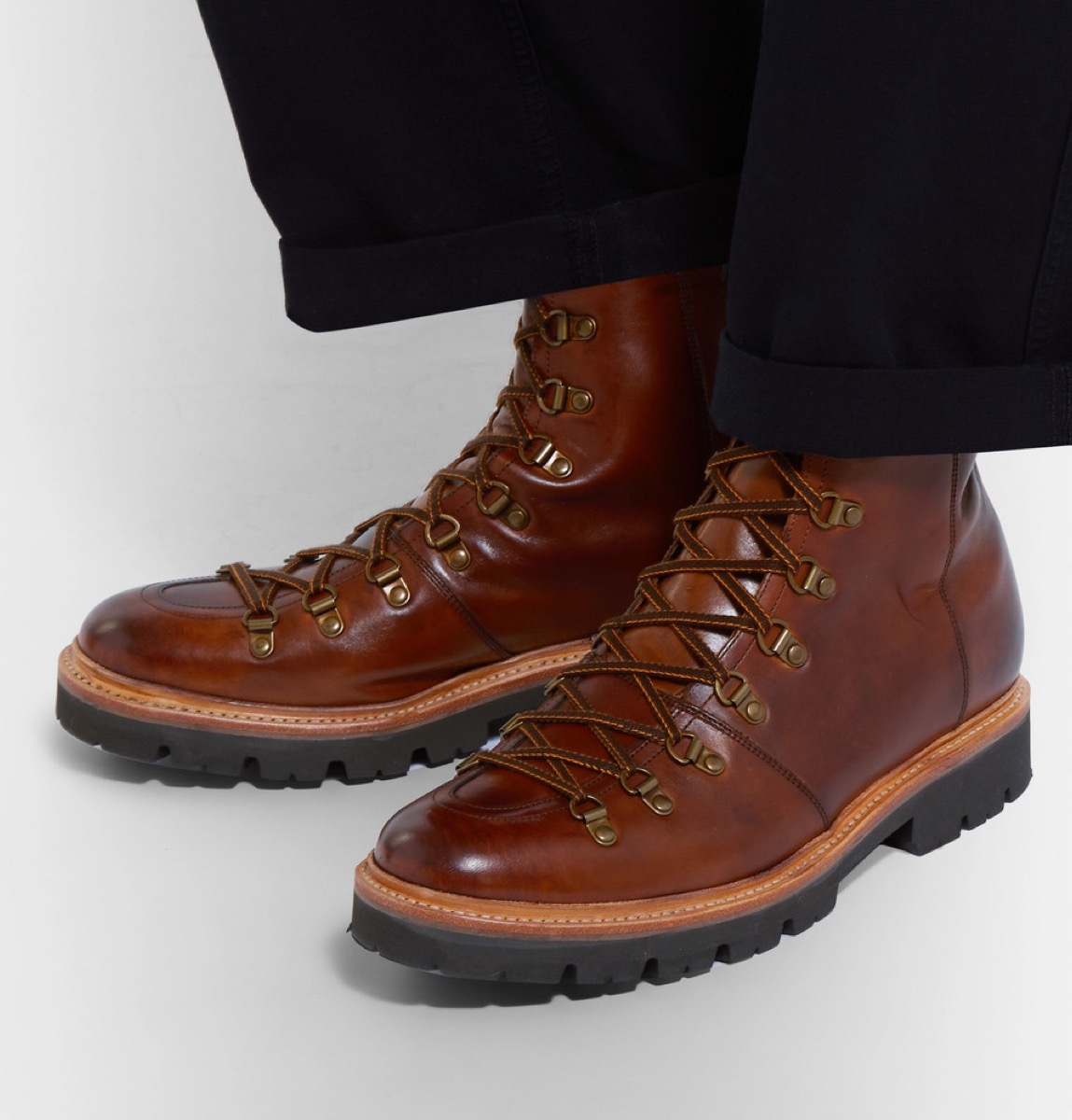 For years, hiking boots fell squarely in the "gear" category. But now they've come off the trail and into the street with unmatched panache—bright colors, mix-and-match materials, enormous soles. Men wore them with suits and jeans and everything in between. But if you're new to the trend, stay away from the bells and whistles. Pick a pair that lifts inspiration from a dress shoe, with sumptuous leather and a refined, dignified silhouette. 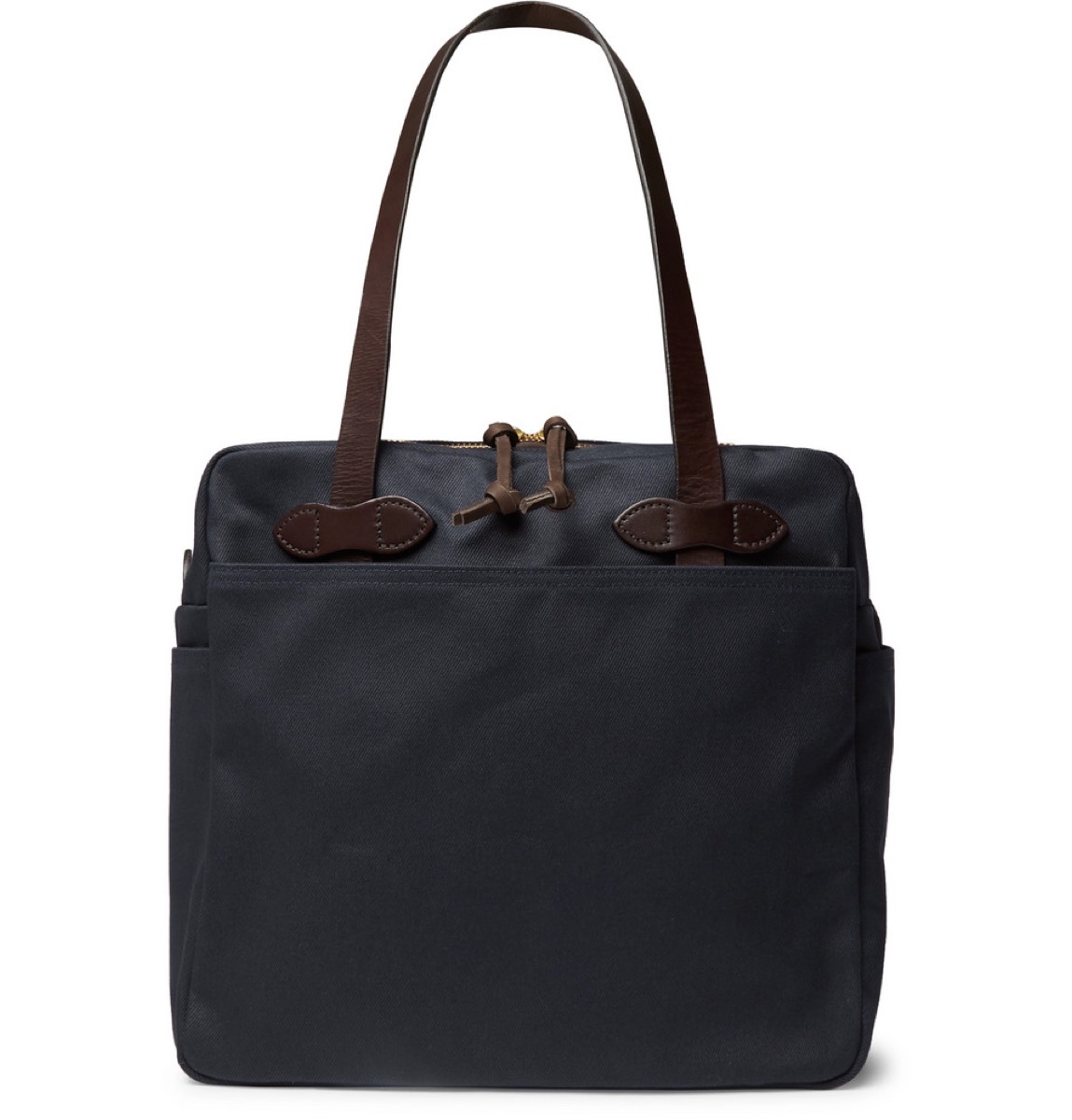 Backpacks and duffels are efficient, but cumbersome. Briefs and messengers are stylish, but kinda snooty. These days, the most stylish men on the planet are just tossing their stuff in a tote and hitting the road. 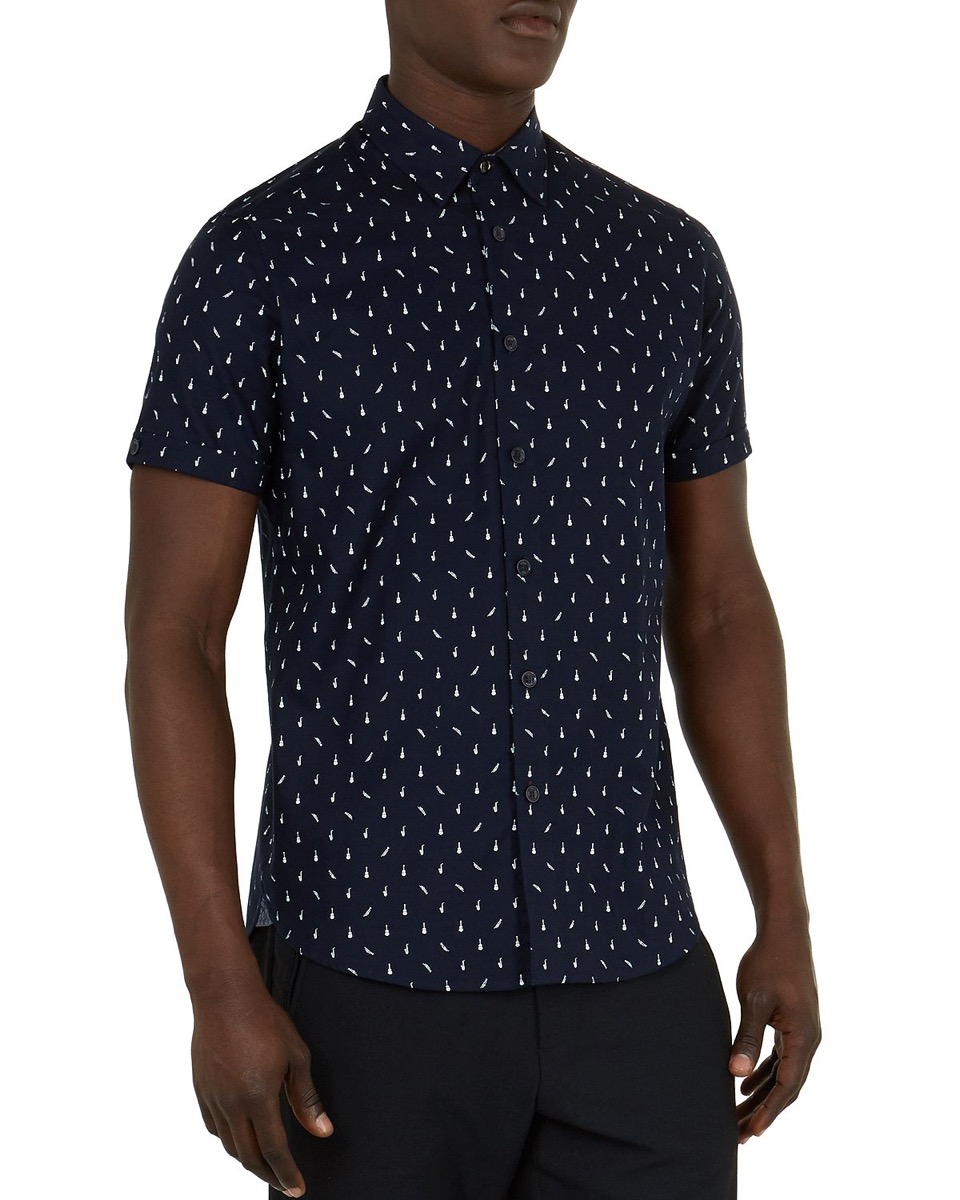 Forget what decades of office-drone style did to the short-sleeved shirt: They're cool again—so long as you keep a few rules of thumb in mind. Get one cut slim, with bicep-hugging sleeves. Make sure the collar isn't so wide you'd look like a bowling alley season-pass holder. And to really tackle the trend, choose a fun pattern. (Oh, and never, ever, under any circumstances, wear one with a tie.)

From Supreme hoodies to Gucci-emblazoned everything, logomania was all the rage in 2018—and, no matter your feelings on the trend, it doesn't seem to be going anywhere soon. Be careful before attempting, though: go too far, and you'll come off as tacky or, worse, like you're trying too hard. Stick with tasteful, medium-sized logos and neutral colors. 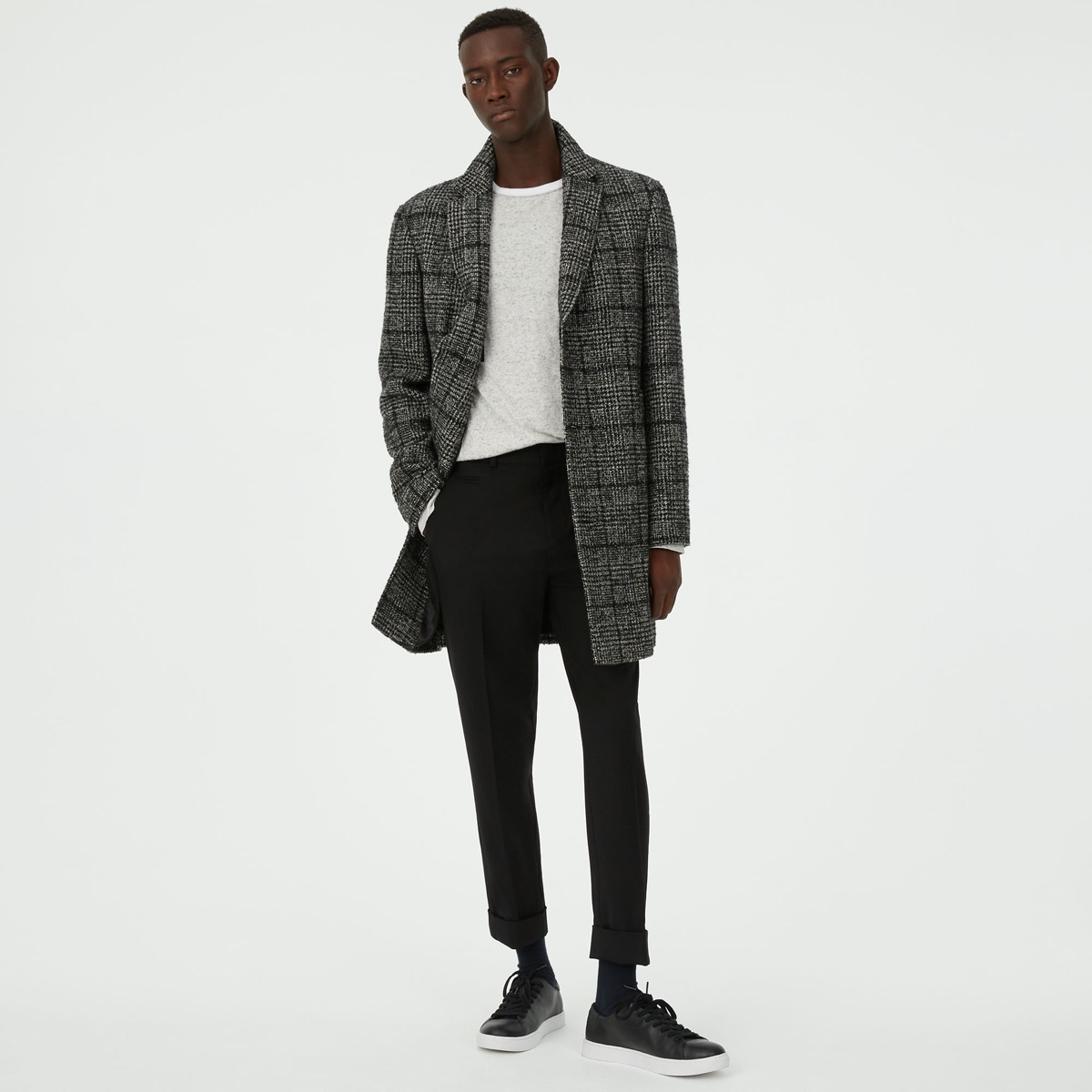 The much-welcomed resurgence of three-quarter-length jackets was easily one of our favorite fashion trends of 2018. Camel car coats! Navy double-breasted trenches! Plaid topcoats! Winter now is like a sea of jaw-dropping style. Get on this trend, stat. As a bonus: no matter how you're built, a knee-length jacket will make you look taller and trimmer. Who doesn't want that? 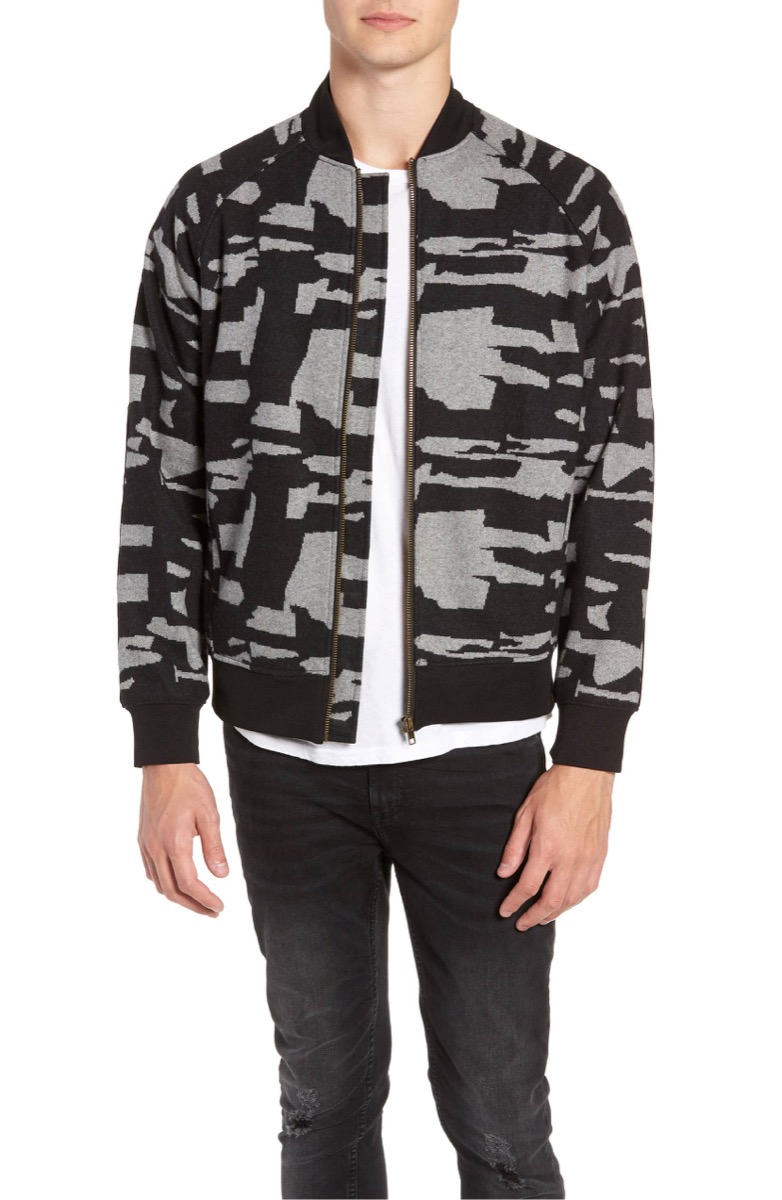 Fact: camo was designed to help people blend in. But, nowadays, in a non-combat environment, if you're looking to stand out, camo is your best bet. Don't go with the traditional forest or desert scheme, though. As with all things, blues and grays are the way to go. 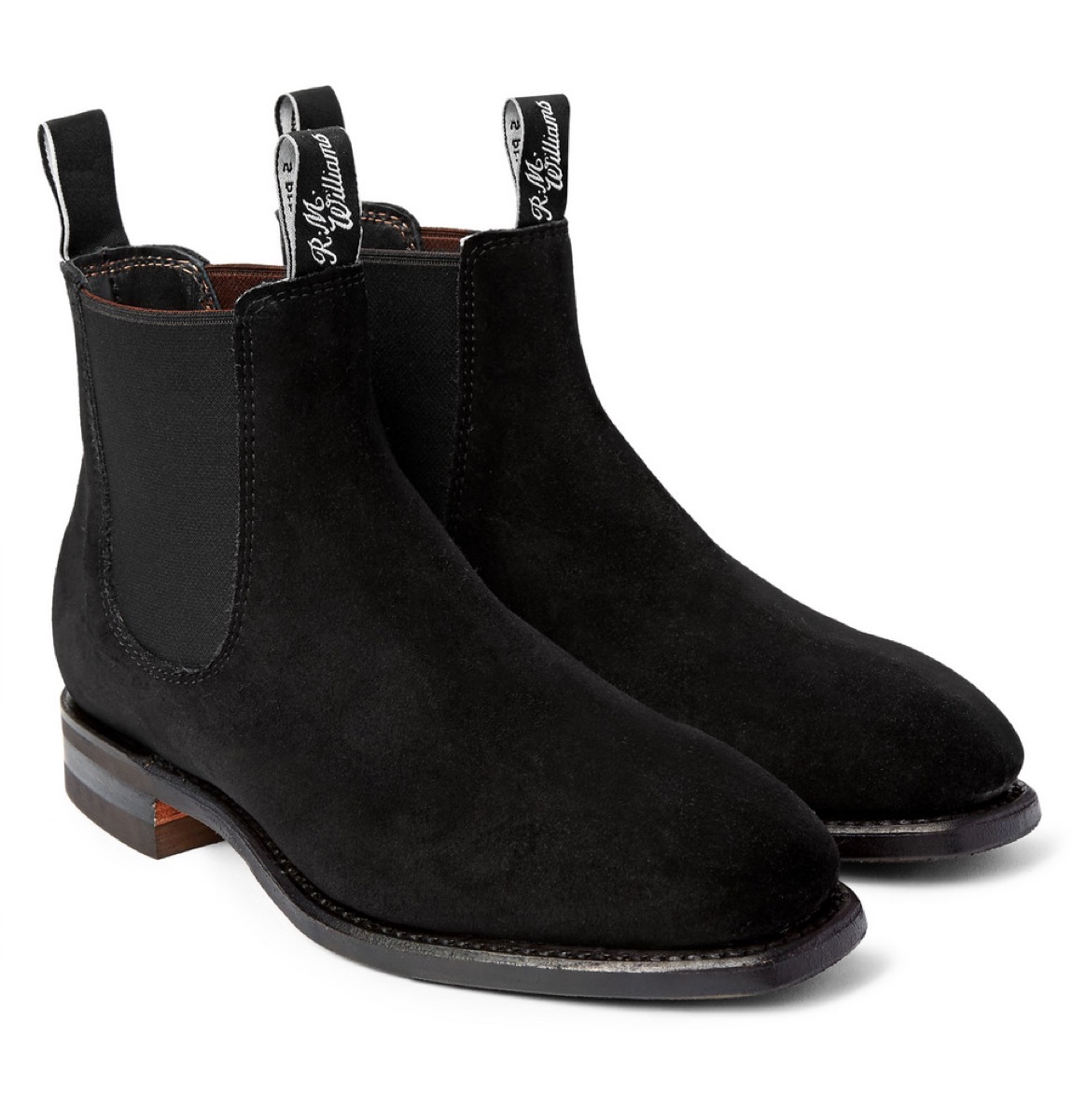 Yes,Chelsea boots have been cool for years now—but that's exactly the point. They're not going anywhere. If you haven't hopped on the trend by now, there's no better time to start. Whatever pair you buy today will still be cool tomorrow, and next year, and the year after, and… Well, you get the point. 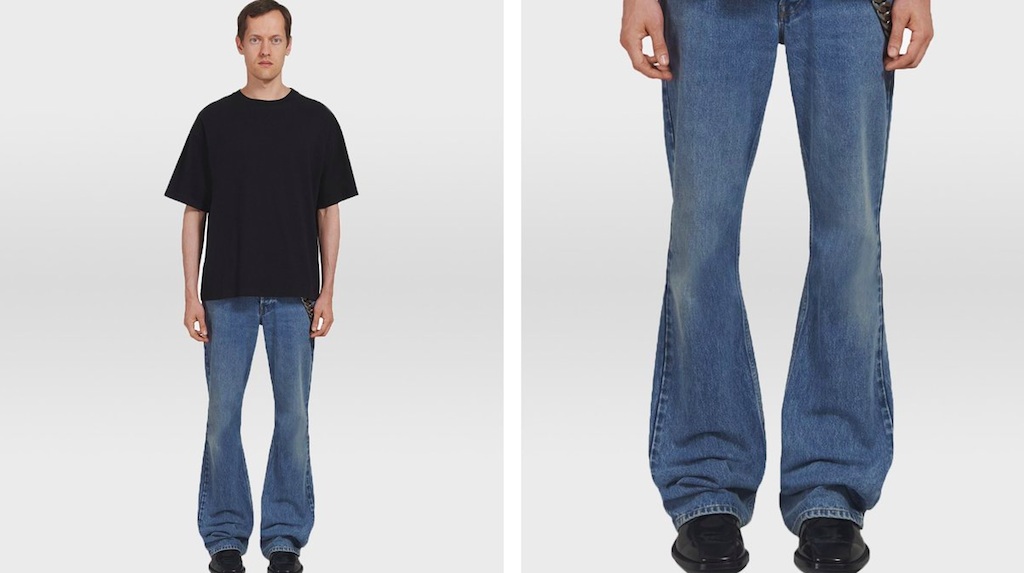 Only attempt this one if you're really, really brave.