His most recent hire makes a Zuck presidency likelier than ever.

Ever since he struck out on a state-by-state "listening tour" of the U.S. earlier this year, the evidence continues to pile up suggesting that Facebook founder Mark Zuckerberg is indeed eyeing political office. This morning, the news broke that the Chan Zuckerberg Initiative—Zuck's charitable organization—hired Joel Benenson, a top advisor to former President Barack Obama and a lead strategist on Hillary Clinton's presidential campaign. Take that however you will, but combine this with the evidence we've collected here and you'll see why we are so utterly convinced that Mark Zuckerberg is running for president. If he does announce his candidacy, don't be surprised. After all, 2017 is proof that way stranger things have happened.

1
He Has A Super PAC In His Corner 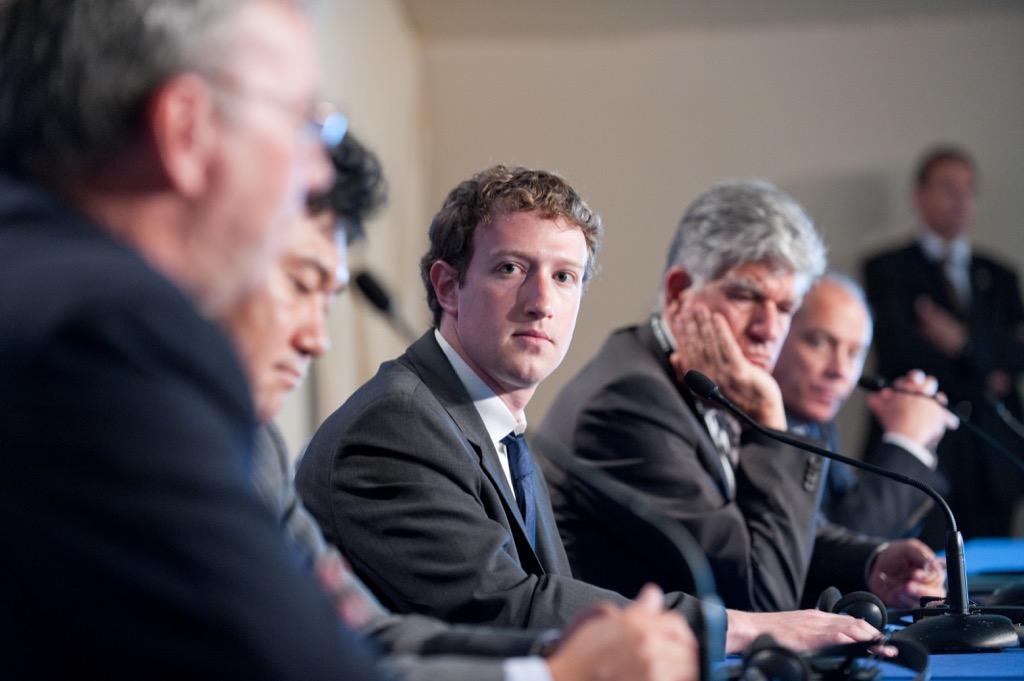 Disrupt for America, a democratic-affiliated super PAC, has been collecting money for the guy. It must be noted, however, that Zuck has vehemently denied any relation to the group. (Of course, super PACs are largely responsible for our current political landscape: In the 2016 presidential election, super PACs spent $765 million dollars, the bulk of which went toward attack ads.) If this group helps Mark Zuckerberg in the final vote, let's hope he brings a dog back to the White House. 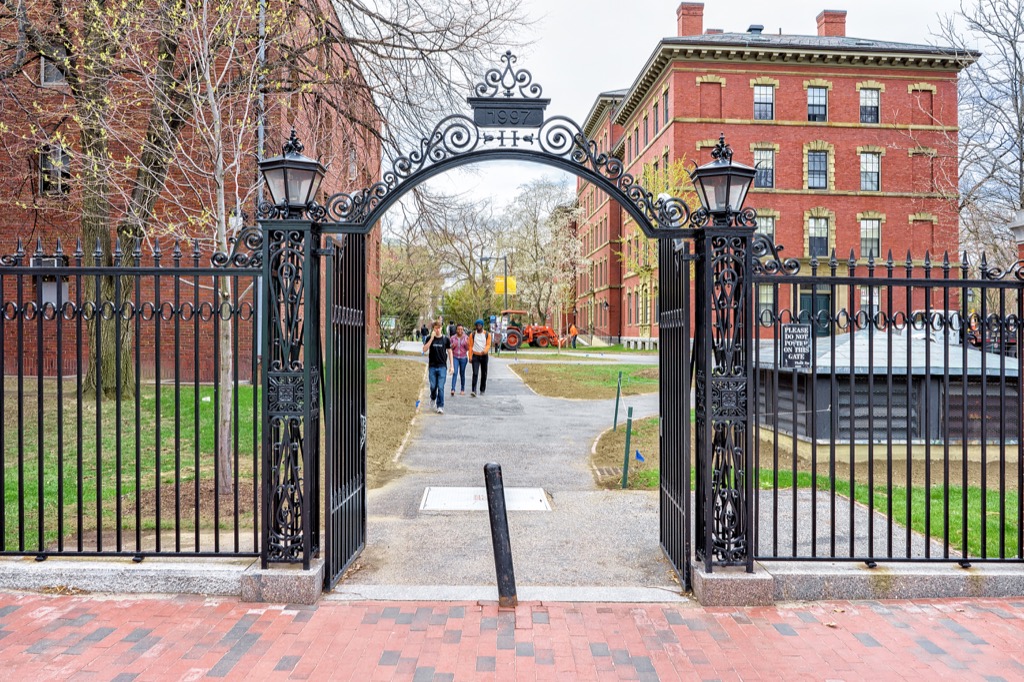 Mark Zuckerberg finally received his degree from Harvard. (He had dropped out in November 2005 to pursue Facebook.) The university bestowed an honorary degree on him this year while he was visiting to give a commencement address. It's worth noting that the previous five presidents have degrees from Ivy League schools: Trump (Penn), Obama (Columbia and Harvard), Bush 43 (Yale and Harvard), Clinton (Yale), and Bush 41 (Yale). There was no word on if rival classmates—and ardent rowers—the Winklevii were at the ceremony.

3
He Embarked on a Tour of Every State 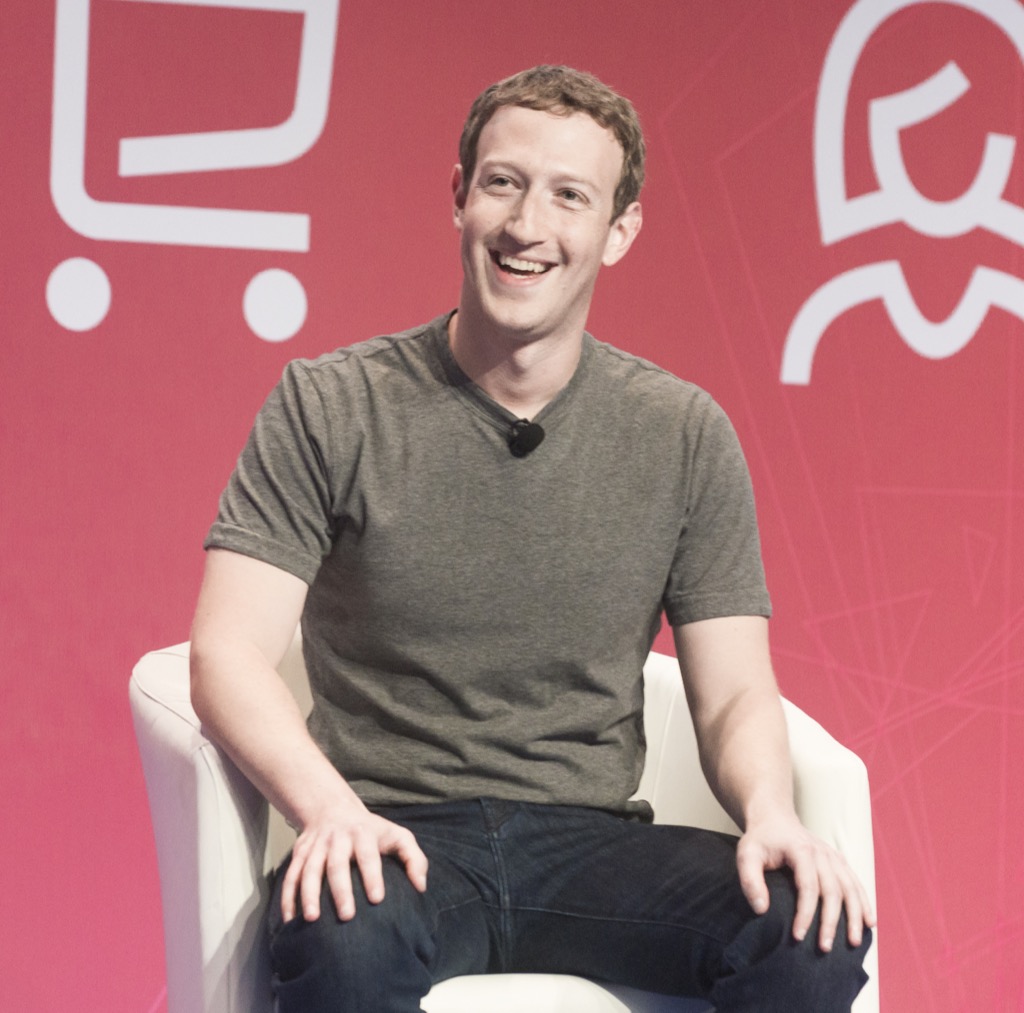 Every year, Zuck undertakes a "personal challenge." One year, it was to read 25 books. Another, it was to learn Mandarin. For 2017, though, it's far more, shall we say, presidential: He wants to meet people in every state in America on what he calls a "listening tour." By his measure, as he detailed in a post on Facebook, this would entail visiting about 30 states. We'd bet good money that swing states Virginia, Ohio, Florida, Michigan, North Carolina, and Wisconsin are on his list. And if you're embarking on your own cross-country road trip, consider checking out the 10 coolest campers that beat a hotel room any day.

4
He Said He's Not Running For President 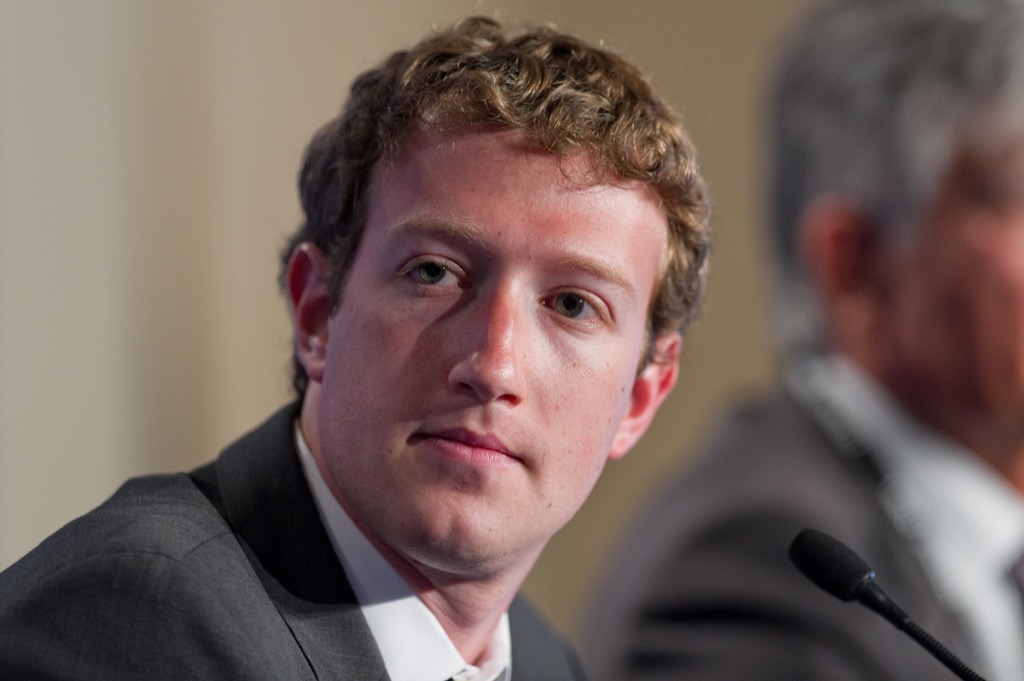 "Some of you have asked if this challenge means I'm running for office," wrote Zuckerberg, in a Facebook post. "I'm not." Sure. Maybe we'd believe the guy. But this was after Zuck wrote, in extensive detail, about how three visits around the country—to a rehabilitation center in Ohio, a juvenile detention center in Indiana, and a road trip through run-down southern towns—significantly affected his thinking. Can you say…misdirection? 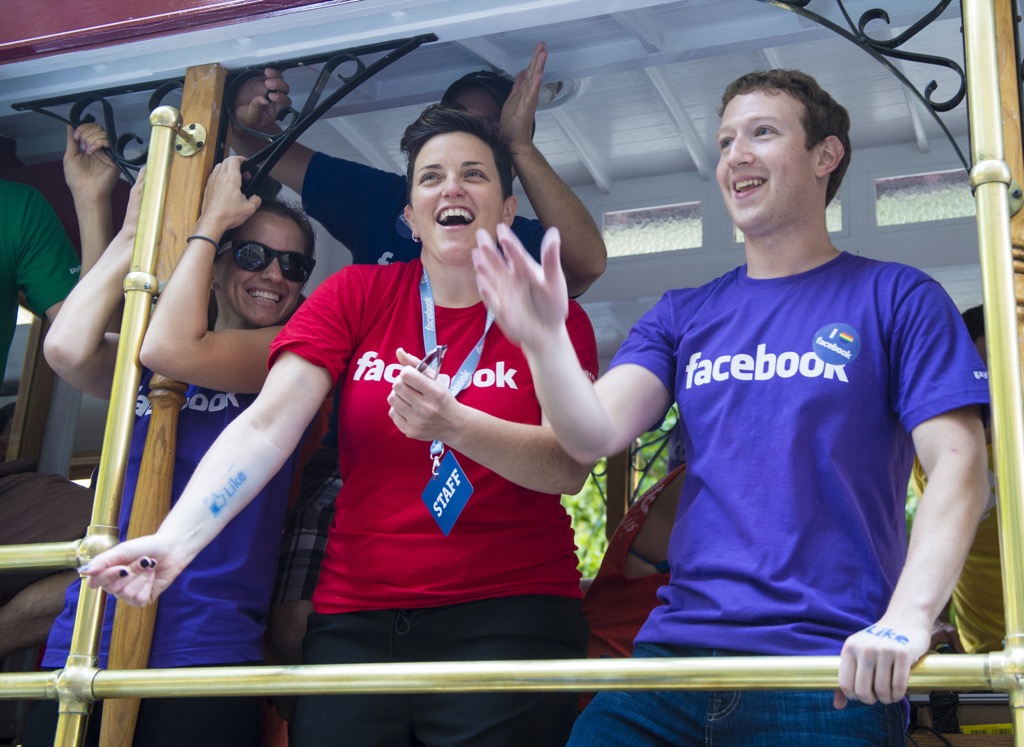 When politicians run for office, they write books, memoirs—anything to get their message out to voters as quickly and effectively as possible. Zuck took a different route. He ran his ideological manifesto as a Facebook post. The thing runs nearly 6,000 words, and is all about answering this one crucial question: "Are we building the world we want?" Speaking of Facebook, be sure to check out the 15 things you definitely didn't know about the social media giant.ae0fcc31ae342fd3a1346ebb1f342fcb 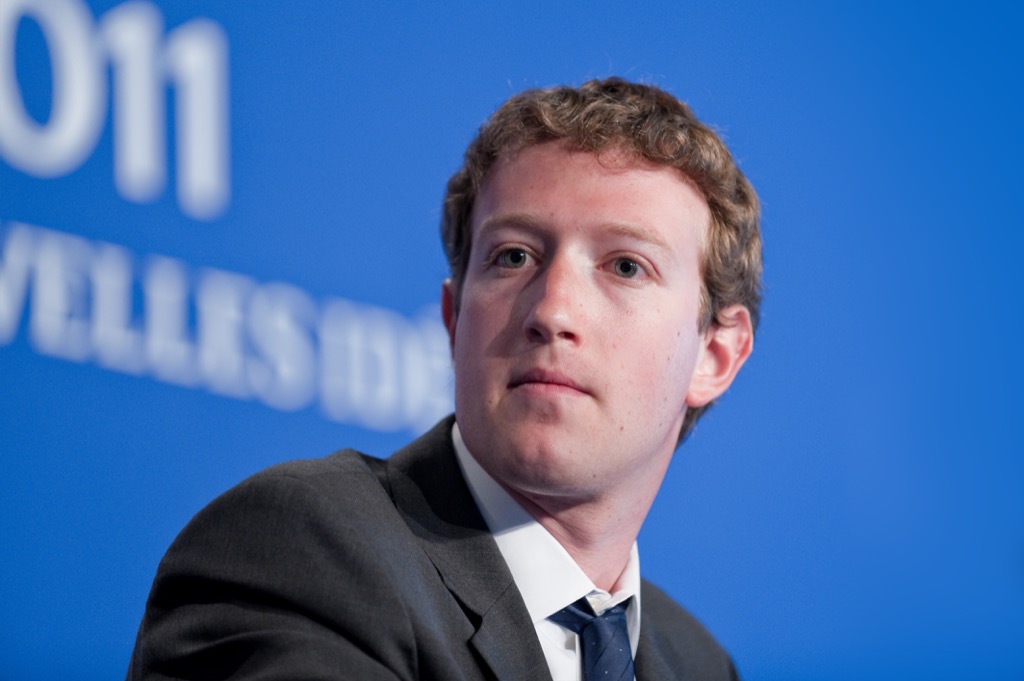 Zuckerberg was born Jewish, but, as he grew up, he abandoned religion. Last year, though, he indicated a return to faith, in—yes, another one—a post on Facebook. After wishing his 90 million followers (which, for the record, is four times as many as our current president) a "Merry Christmas and Happy Hanukkah," a commenter asked, "But Aren't You Atheist? [sic]" Zuck's response? "I went through a period where I questioned things, but now I believe religion is very important." It should be noted that no president in history hasn't been religious—on paper, at least.

Earlier this year, the Chan Zuckerberg Initiative—Zuck's charitable arm—brought on David Plouffe, the esteemed campaign manager and senior advisor to Obama. Plouffe's role at Chan Zuckerberg? To lead up the charity's "policy and advocacy" arm. Seeing as Zuck seems to inspire people to follow him, you may want to copy his boss tactics, and learn the surefire ways to make yourself a better boss. 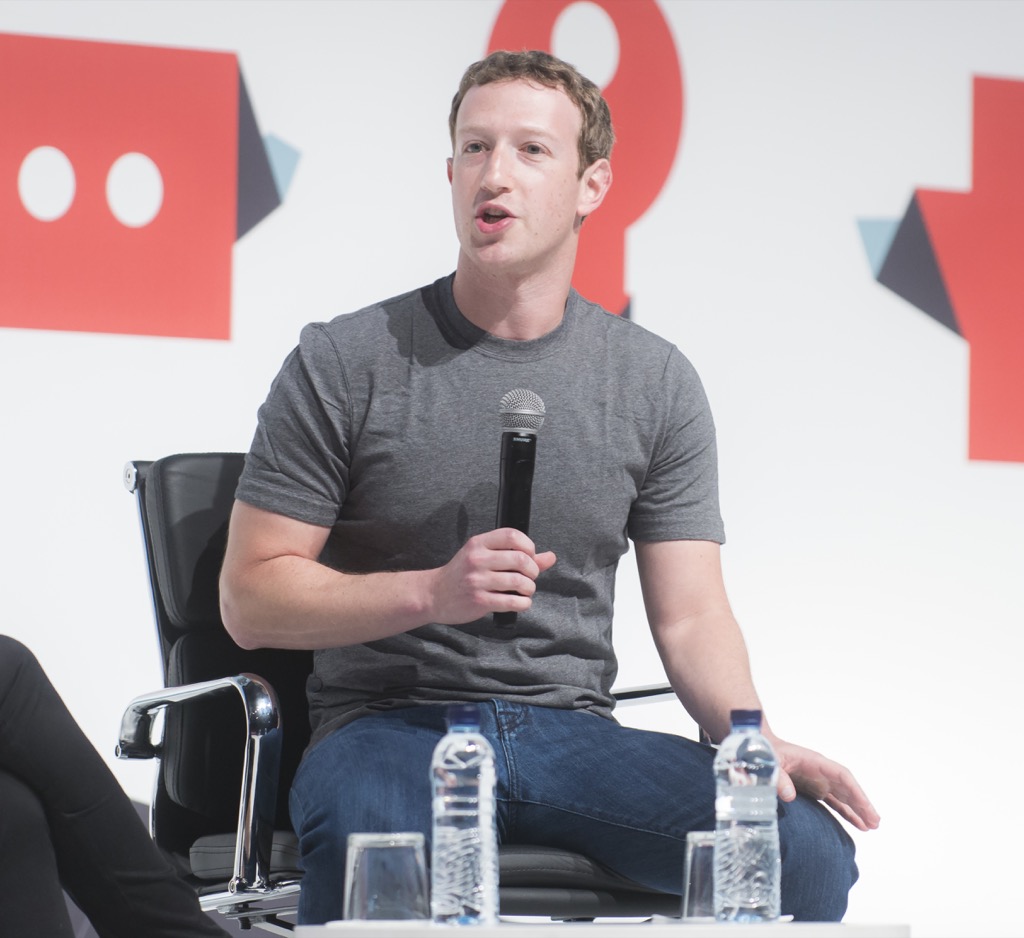 While giving his commencement speech at Harvard, Zuck shed some light on political stances. For one thing, he called for a universal basic income, a stalwart ideological stance of the Bernie Sanders crowd. For another, he waxed on automation, said it was inevitable, and urged the crowd to do everything they can to fight against by coming up with new jobs for American citizens. And speaking of new jobs, if you're on the fence about your current one, be sure to check out the 20 red flags that scream "you need a new job!" 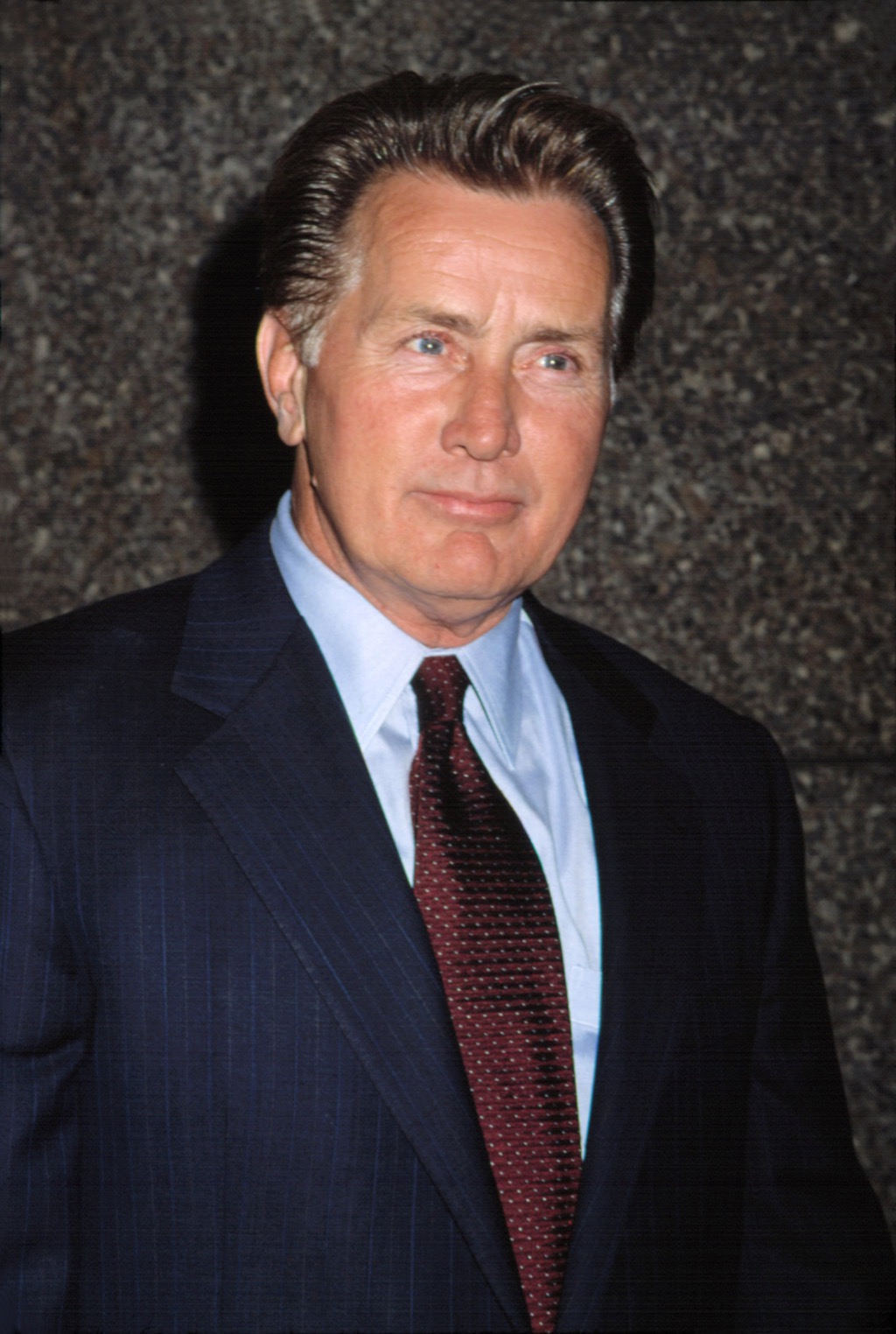 You can tell a lot about a man from his taste in TV. According to a profile of Zuckerberg in New Yorker, his favorite West Wing episode is "Two Cathedrals," the second season finale. President Josiah Bartlett (Martin Sheen), after getting caught covering up a multiple sclerosis diagnosis, spends much of the episode pondering whether he'll run for reelection or not. At the end of the episode, during a press briefing, a reporter asks him straight up. Bartlett simply puts his hands in his pockets and smiles, leaving the question—like it currently stands for Zuck—entirely open-ended. 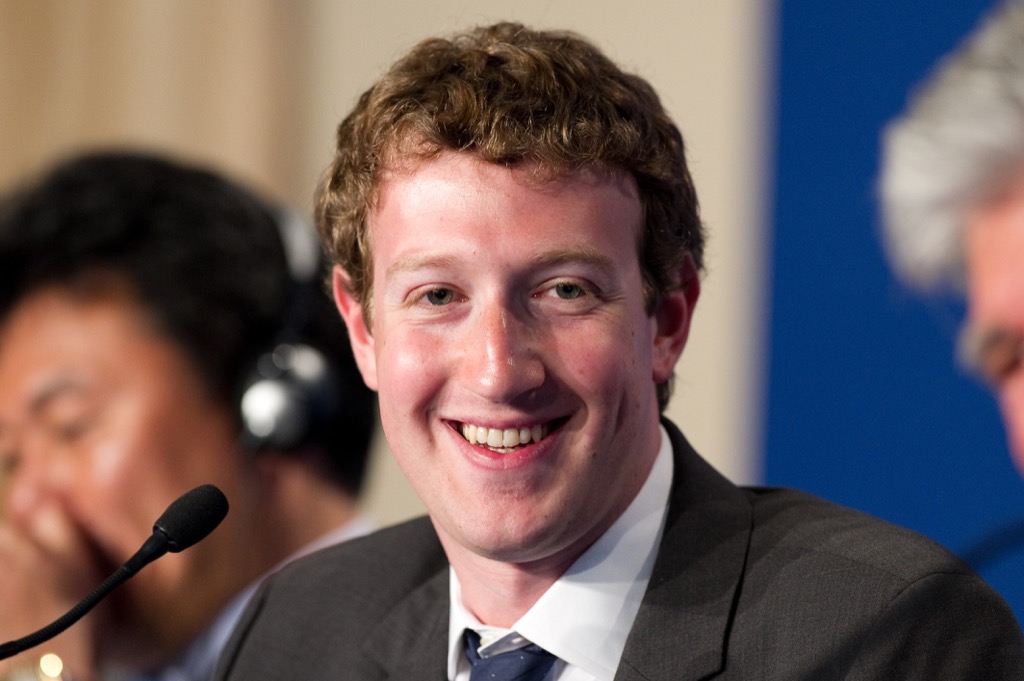 Of course, Mark Zuckerberg can't run for president today; after all, the man's only 33, two years shy of the constitutionally-defined minimum age for the presidency. But he turns 35 in May 2019—conveniently right when primary season really kicks off. He better start purging his life of the 40 items no grown man should ever own. 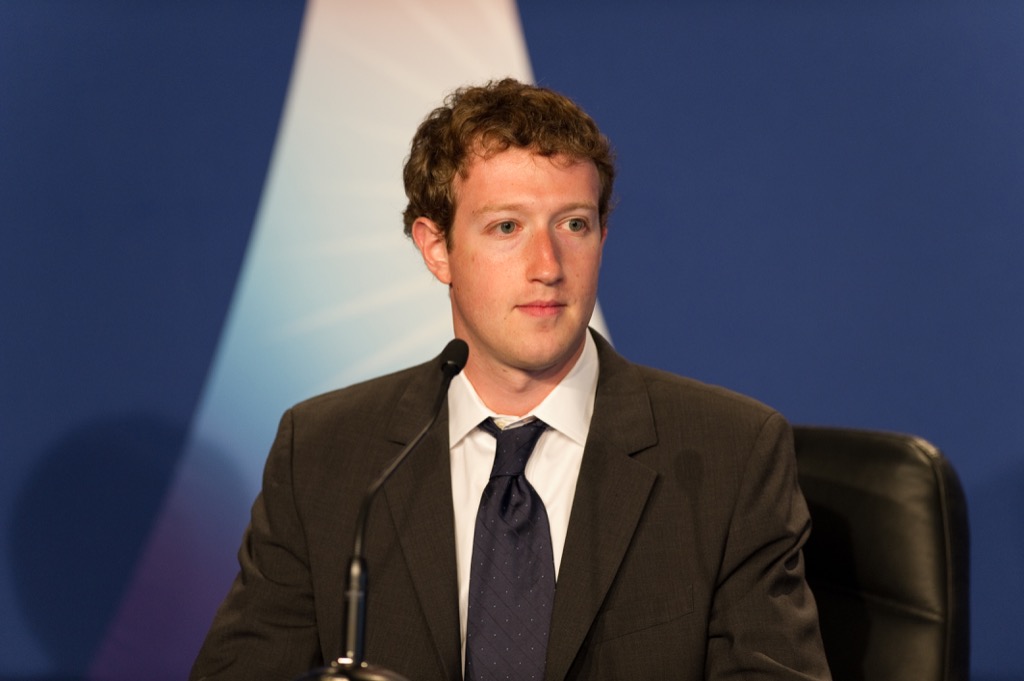 Ever seen a president wear a hoodie and t-shirt for his portrait?