If we only had a time machine.

The year 2012 doesn't feel all that long ago, but if you took someone from then and dropped them squarely into 2017, it's a good bet he or she'd feel like either Charlton Heston at the end of Planet of the Apes or Michael J. Fox in the alternate reality of Back to the Future 2.

Donald Trump is president? The Pope is for gay marriage? The Cubbies actually won? Only in this case, it's all too real. Here are just a few ways that 2017 would confuse—and probably alarm—our not-so-ancient ancestors.

1
China is a World Leader on Climate Change. 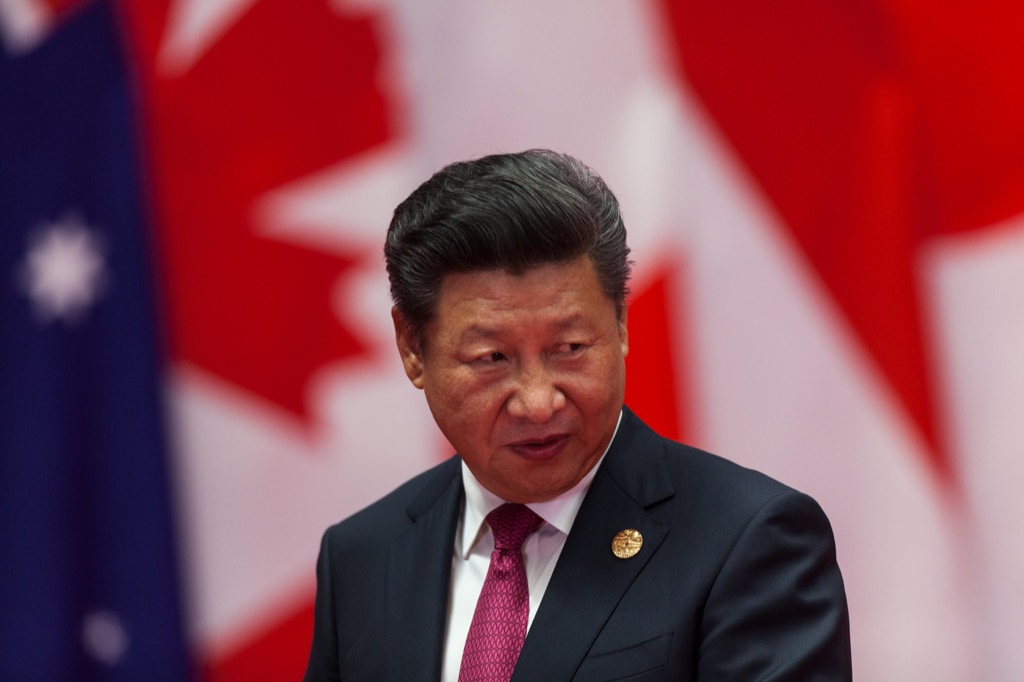 Just five years ago, China had a serious carbon emission problem and some nasty Blade Runner-esque pollution. But today, when you think of countries that are leading the fight against climate change, the first one to come to mind is usually China, who vowed to spend $360 billion in renewable energy. China is like the three-pack-a-day smoker who wakes up one morning and says, "No more cigarettes for me, and I'm gonna train for a marathon." For more insight into the pressing environmental issues of our time, here's our feature on plastic in the oceans. 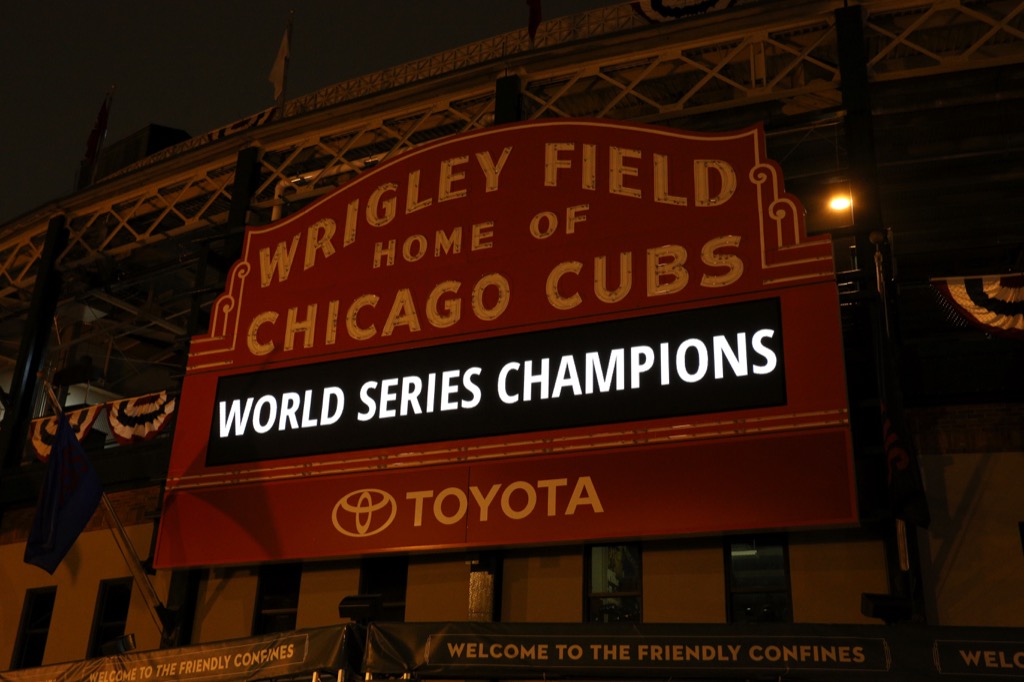 Yep, this is an actual thing that actually happened after 108-year drought, and it still gives us all the feels. Just bringing up the memory makes us start acting like this guy.

3
Justin Bieber Is a Style God.

We personally like the Biebs better when he was peeing in mop buckets and cursing at photos of Bill Clinton. But when respectable news organizations start publishing stories with titles like "8 Style Lessons We Learned from Justin Bieber" and "Justin Bieber is a Swimwear Style God (No, Seriously)", it makes us want to start hoarding canned goods and zombie-proofing our homes, because clearly the apocalypse is right around the corner. Speaking of Bieber, read about the time he hooked up with a non-celebrity.

4
The Pope Is All, "Climate Change is Real! And Stop Hassling Gays!" 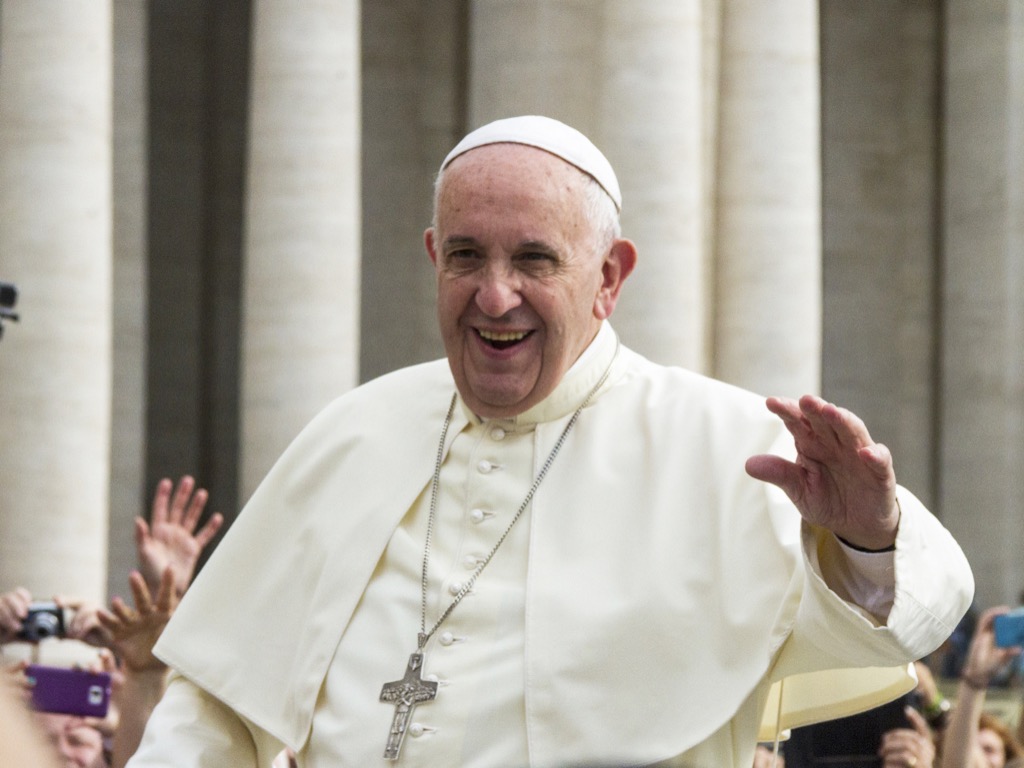 Just so there's no confusion, we mean the Pope as in Pope Francis, the leader of the Roman Catholic Church. The one who lives in the Vatican and wears white robes pretty much all the time. He tweets things like "Leaving an inhabitable planet to future generations is, first and foremost, up to us," and says things like, "If a person is gay and seeks God and has good will, who am I to judge?"

Bob Dylan, the man who wrote "Blowin in the Wind" and "Visions of Johanna" and hundreds of other music masterpieces, apparently didn't have the time or inspiration to write his own Nobel Prize in Literature acceptance lecture, so he used Sparknotes, a kind of online CliffNotes usually reserved for lazy college students who can't be bothered to read a book. Dylan got caught quoting lines from Moby-Dick that weren't actually in the novel, other than the Sparknotes summary. Which technically doesn't mean he plagiarized, he's just crummy at pretending to read books. It's like finding out Dan Rather doesn't know anything about what's happening in the world other than what he's skimmed on Wikipedia. 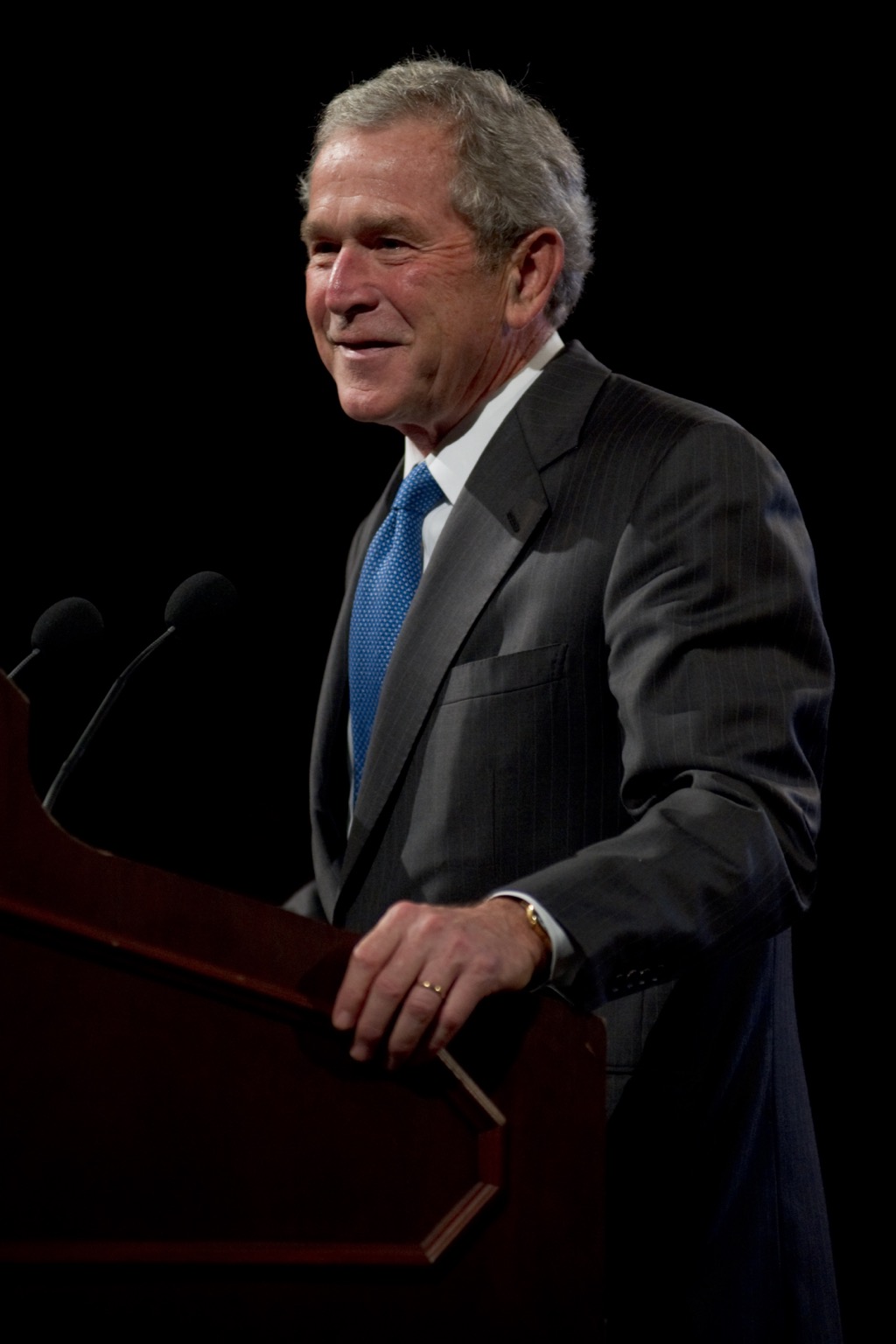 We're not talking about conservatives. We're talking about Americans who identify themselves as liberal. When somebody brings up George W. Bush, our 43rd president, many registered Democrats will smile, maybe even sigh, like somebody just reminded them of lazy summer days on the beach, or their favorite teacher from grade school, and they'll say, "God I miss him."

7
Bruce Jenner Is a Woman.

There's really not much else to say about that. Her name is Caitlyn Jenner now. Also, it turns out she might be the most interesting Kardashian. Sometimes she has dinner with Katy Perry and gets spanked for not understanding white privilege. We live in strange times, my friend. Speaking of the Jenner family, check out Kendall Jenner's Instagram savvy.

Wasn't it just yesterday that she was wearing raw meat and being carried to the Grammy Awards in a big egg? Now she's posing for Tiffany ads and looking like somebody your grandmother would point to and say, "You should be dating nice girls like that." But alas, Lady Gaga herself is taken.

9
America's Dad is Best Known as an Alleged Serial Rapist 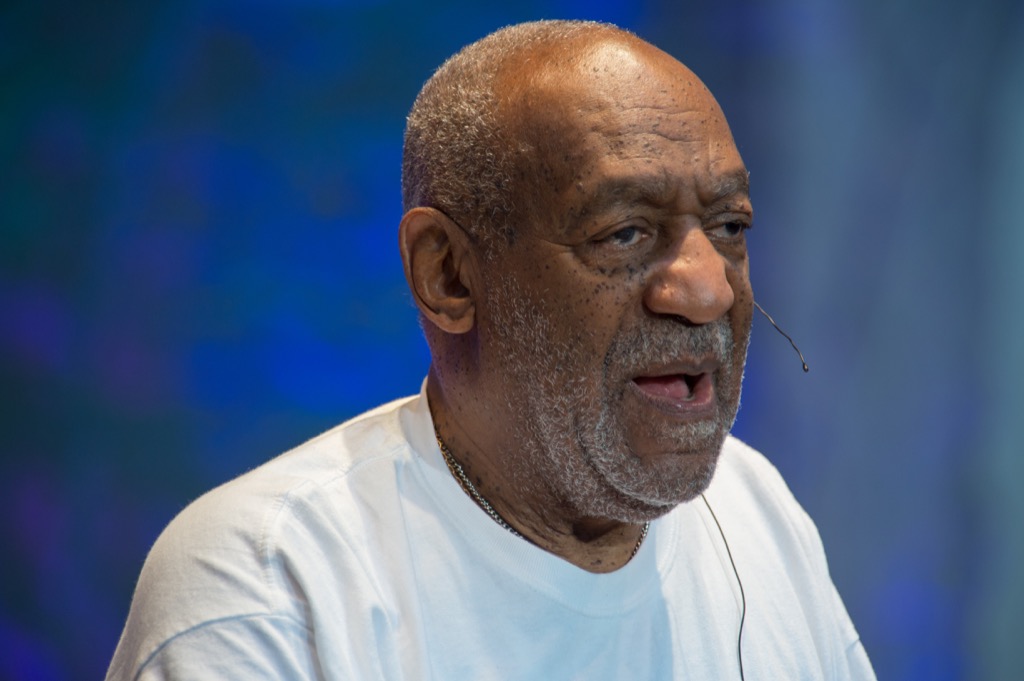 In 2012, Bill Cosby was America's Dad. In 2017, he's the comic who allegedly raped a lot of women. We mean a looooot of women. Though his recent trial for three counts of aggravated indecent assault against former Temple University basketball staffer Andrea Constand ended in a mistrial, it's safe to say that Mr. Cosby's reputation and legacy are both destroyed.

10
Megyn Kelly is the Face of… NBC News 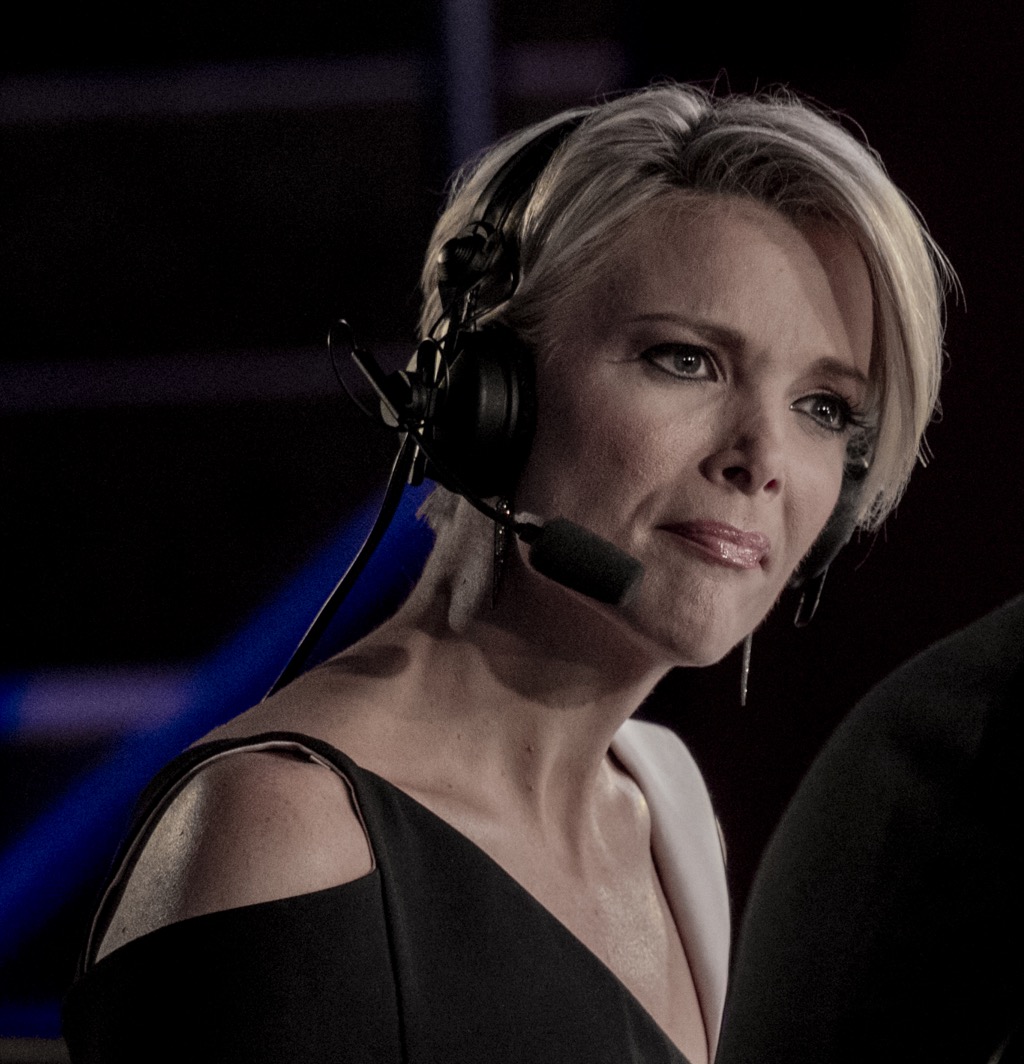 If a person's journalism career begins on Fox News, where she argues that Santa Claus is white and the pepper spray used by cops is just a harmless "food product," you can excuse us for not thinking she's the next Diane Sawyer. But that's what happened to Megyn Kelly, who is now a full-time employee for NBC News, a network whose chairman called her "an exceptional journalist."

11
There are More Star Wars movies—And They're Awesome.

What were you expecting? Vaguely racist aliens and confusing, anti-climatic storylines? How about movies that might even be better than the originals? Or did I just blow your mind? 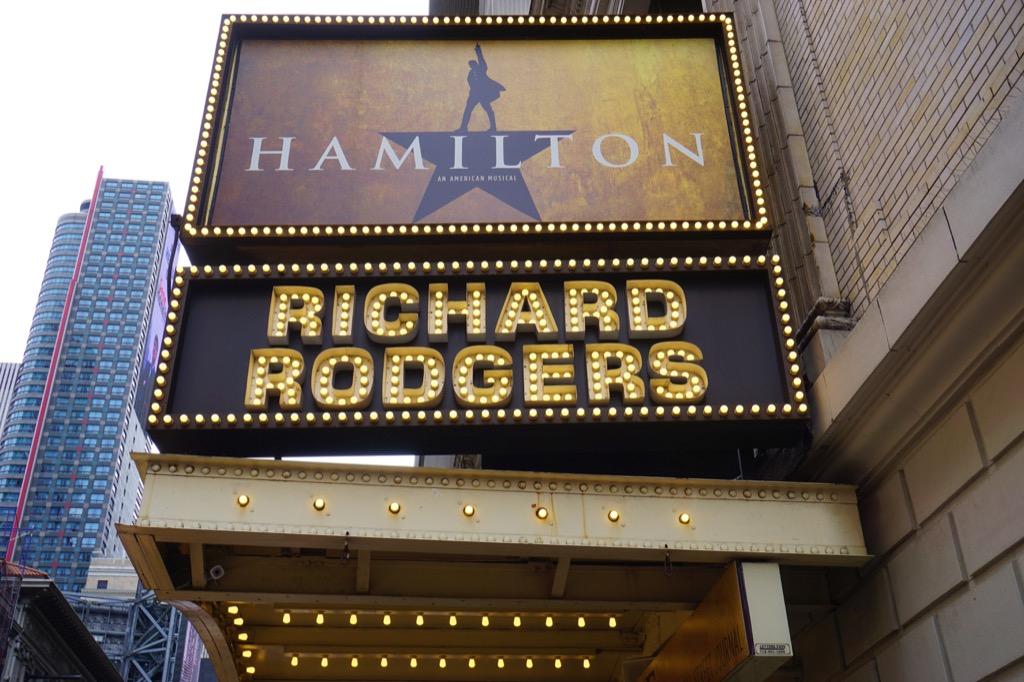 Admit it, when you heard there was a hit musical that combined rapping and our country's Founding Fathers—specifically Alexander Hamilton—wasn't there a part of you that thought, "Does it star Troy McClure?" (Also, you should see how Hamilton's creator, Lin-Manuel Miranda, describes the woman of his dreams.)

13
Dwayne Johnson Starred in a Flop

It had to happen eventually, right? His recent Baywatch flopped at the box office. Fortunately, Johnson's a wise enough guy to bounce back from such a misstep. 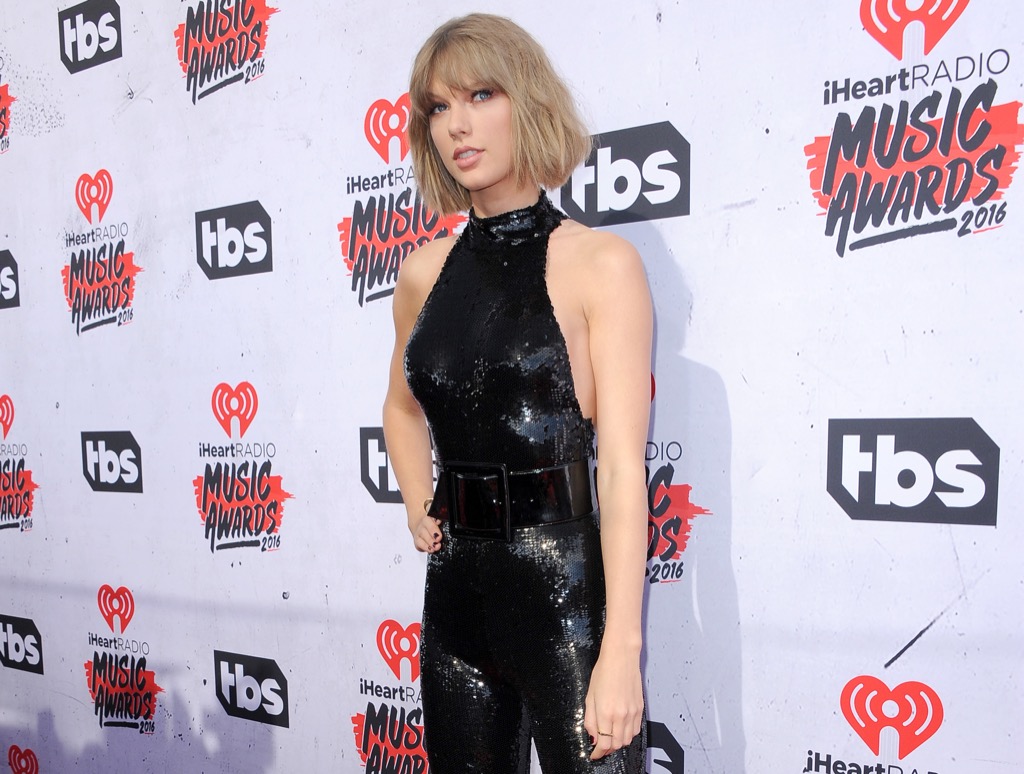 It's hard to remember a pre-1989 world now, but before 2014 Tay-Tay was a cute and slightly mousy "country-pop princess" who churned out down-home songs about heartache. Fast forward to today, and she's the leggy, leather-wearing pop juggernaut who outshines Gaga and Katy and exclusively dates British dudes. Who knew? Just a few of the many reasons to love her.

We still don't quite believe it. Ever since People magazine erroneously reported his death in 1982, we just assumed he would live forever, like Keith Richards. But several websites devoted to tracking his mortality insist that it's true.

16
Dennis Rodman Is Our Best Emissary to North Korea

North Korea doesn't like us—still. So much that they've promised to drop a nuclear warhead on New York City just because our president said they couldn't. But you know who they do like? Former NBA basketball star Dennis "The Worm" Rodman, who's been to North Korea four times since 2013. He's sang happy birthday to Supreme Commander Kim Jong Un, handed out copies of Donald Trump's The Art of the Deal, and tried to "open some doors," he claims. So don't worry, New York, Rodman's totally got your back.

17
No One Is Better Friends Than Snoop Dogg and Martha Stewart. 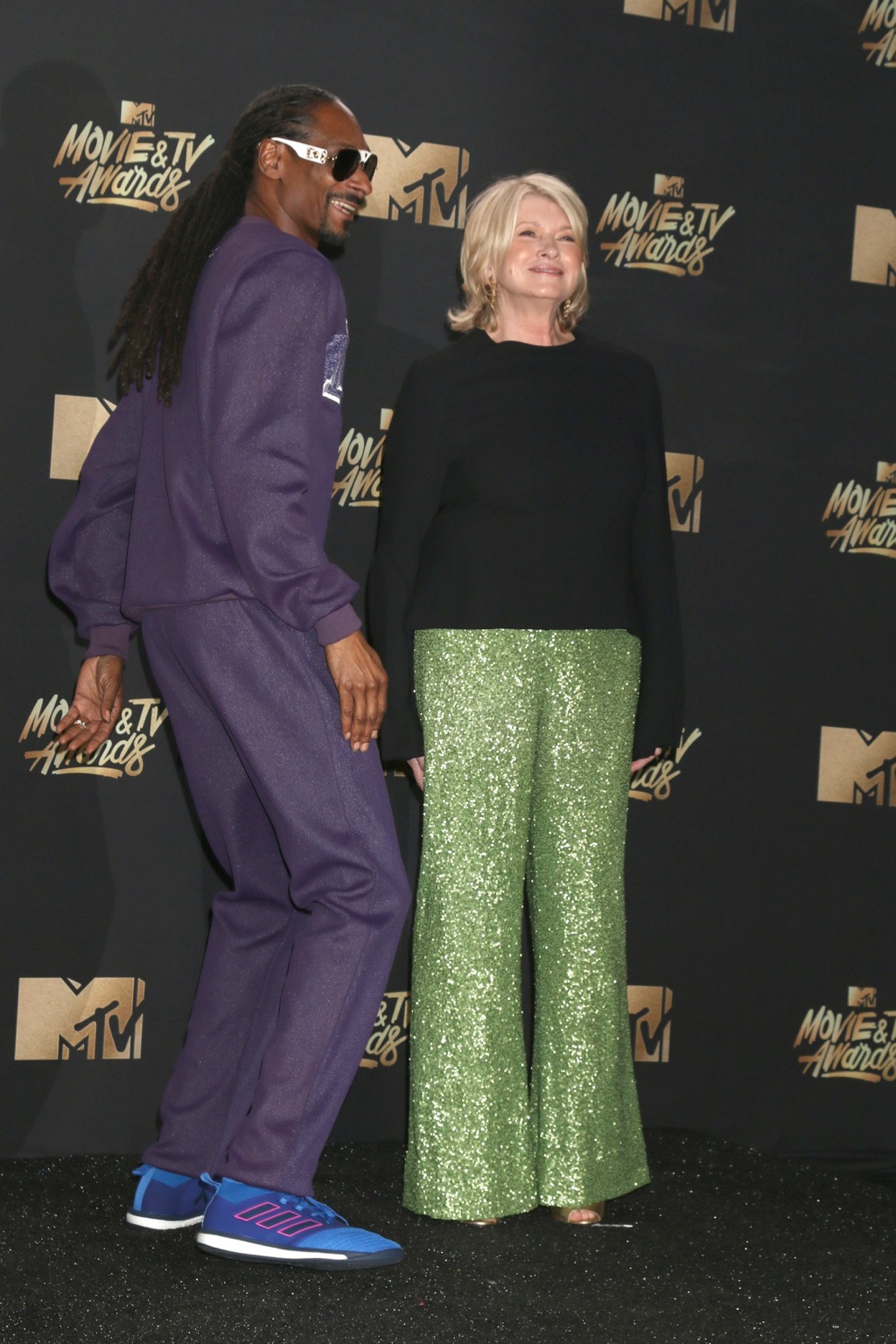 You think you have a BFF, but you'll never be friends like Snoop Dogg and Martha Stewart are friends.

18
Cassette Mix-Tapes Are Back

Vinyl was bound to make a comeback. But cassettes? How did that happen? Were people just getting nostalgic for when music used to melt in the back seat of Nissan Maximas? Apparently so, because even Eminem is re-releasing his breakthrough The Eminem Show on cassette.

19
The Guy from TV's The Apprentice is Actually President 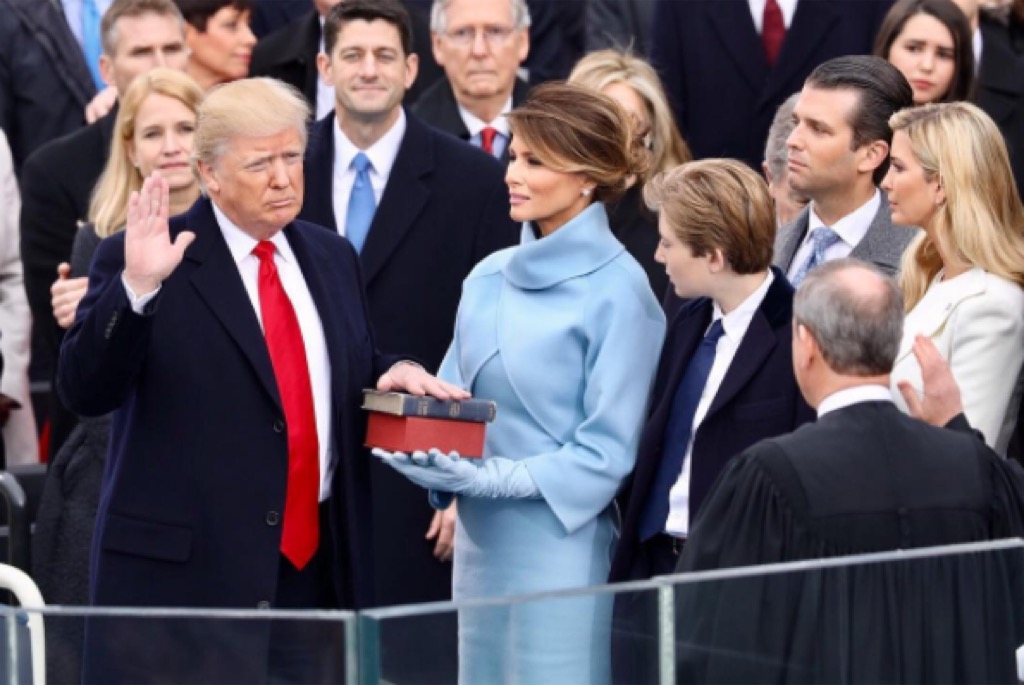 No matter how many times we thought his campaign was dead.