18 Hurricane Facts to Put You in Awe of Mother Nature

Can you guess what percent of storms hit Florida first?

Nature wields an incredible amount of raw power. If you have any doubts, take a look at hurricanes. These storms are some of the most extreme weather events on the Earth (and, as you're about to learn in this essential list of hurricane facts, on other planets, too!), and they all begin with just a little warm water and moist air.

But ultimately, hurricanes are catastrophic. They tear apart communities, they displace, injure, and steal the lives of thousands of people, and they have the power to cause billions of dollars in damage. Get ready to get horrified with these insane hurricane facts that will make you glad you're not in the eye of the storm.

1
The deadliest hurricane was the Great Storm of 1900. 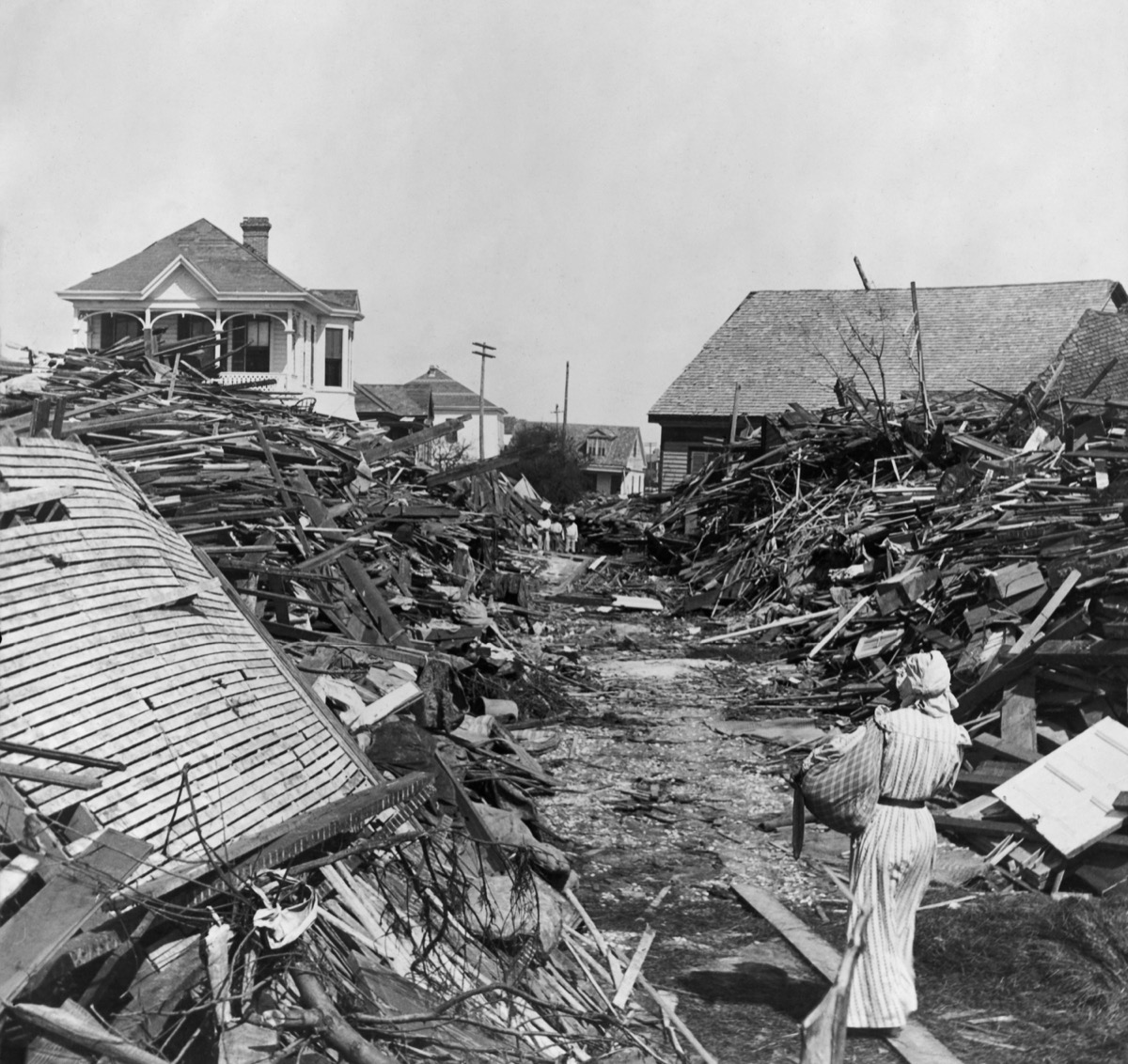 The deadliest hurricane—as well as the deadliest natural disaster of any type—to hit the U.S. was a Category 4 monster that hit Galveston, Texas, in 1900. The hurricane, which is also referred to as The Great Galveston Storm, slammed the unprepared coastal city on September 8 and claimed the lives of between 6,000 and 12,000 Texans.

A 15-foot storm surge sent six-foot waves barreling down the main road and survivors wrote of wind that sounded like "a thousand little devils." In the aftermath, there were too many bodies to bury. Instead, they were put on barges and shipped into the Gulf of Mexico where they were thrown overboard. Nearly 10,000 others were left homeless by the storm.

2
You're more likely to donate to a hurricane relief effort if the offending storm shares your first initial. 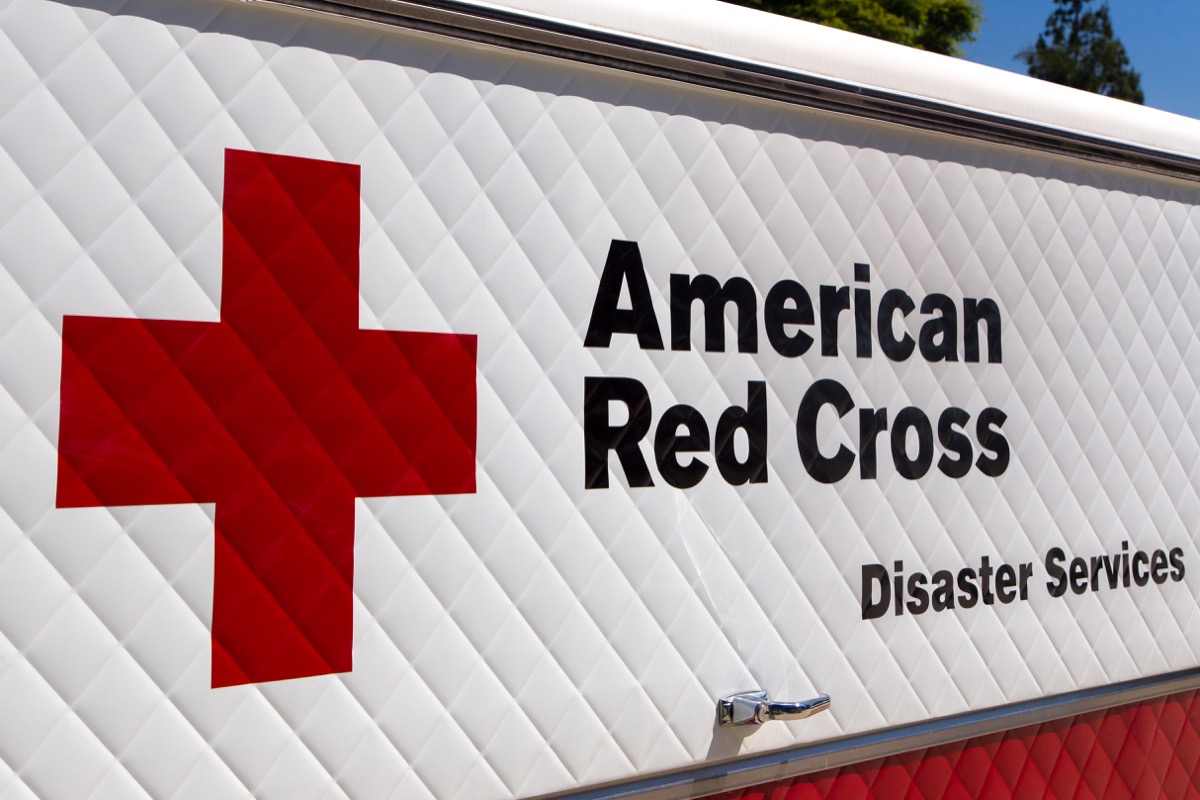 How's that for name guilt? One study found that if a person shares the same first initial as a hurricane, they're more than twice as likely to donate to its relief efforts. For example, people with the first initial "K" typically make up 4.2 percent of Red Cross disaster relief donors. But after Hurricane Katrina, they made up 9.8 percent of donors. The study also found that when a hurricane's name sounds similar to a person's name, that person tends to feel a bit of responsibility for any devastation the hurricane might bring.

3
The word "hurricane" has Mayan roots. 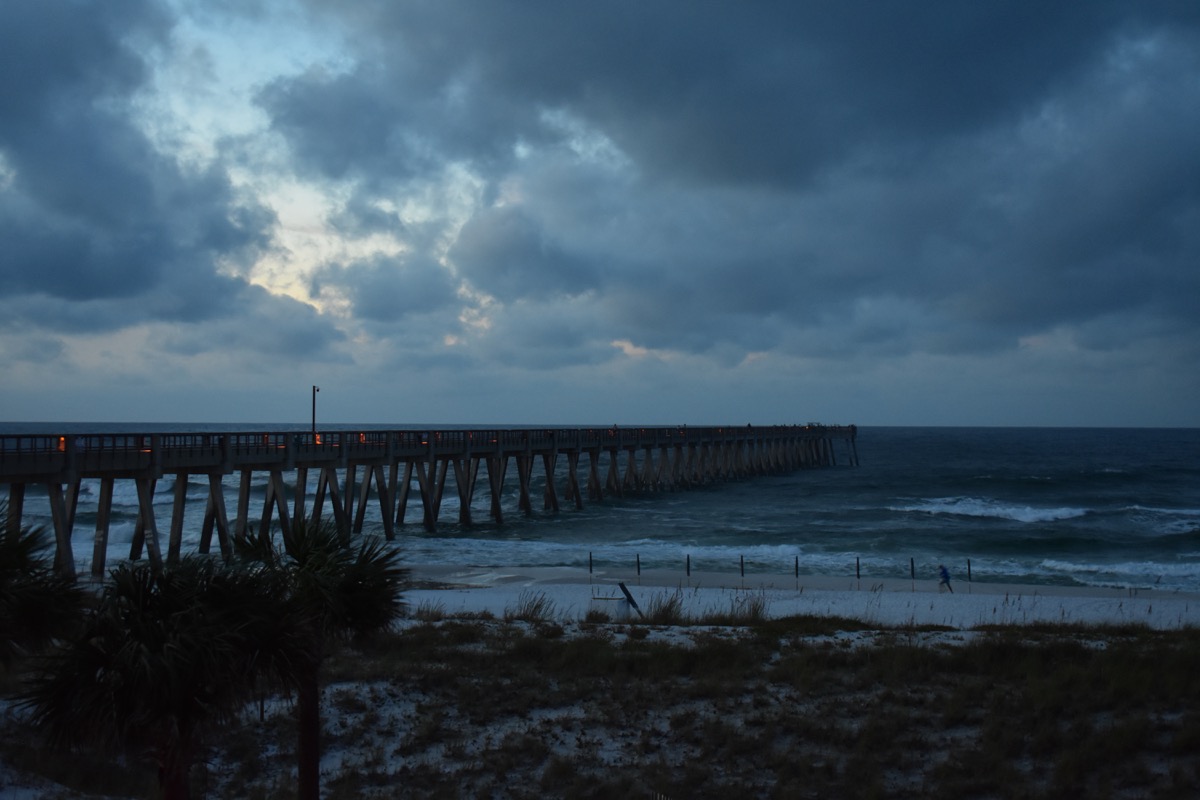 4
This is how hurricanes are born. 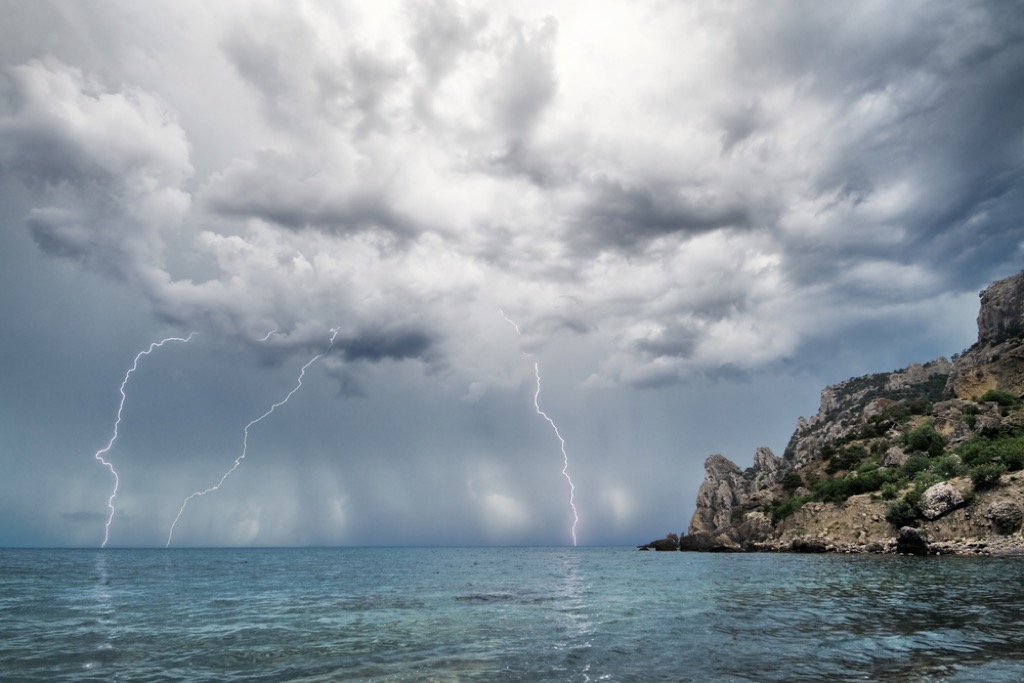 NASA describes hurricanes as "giant engines that use warm, moist air as fuel." The key ingredient is warm sea water. Warm air rises upward from the surface of the ocean, causing an area of low pressure below it. Air from the surrounding high-pressure areas swoops in to fill that low-pressure space. Then, that new air becomes warm and rises.ae0fcc31ae342fd3a1346ebb1f342fcb

As the process repeats itself, the moisture in the air begins to form clouds. The wind picks up and the whole system grows. When the winds reach 39 mph, the system is classified as a tropical storm. When they pick up to 74 mph, it's officially a hurricane.

5
The largest recorded hurricane could have stretched from New York to Dallas. 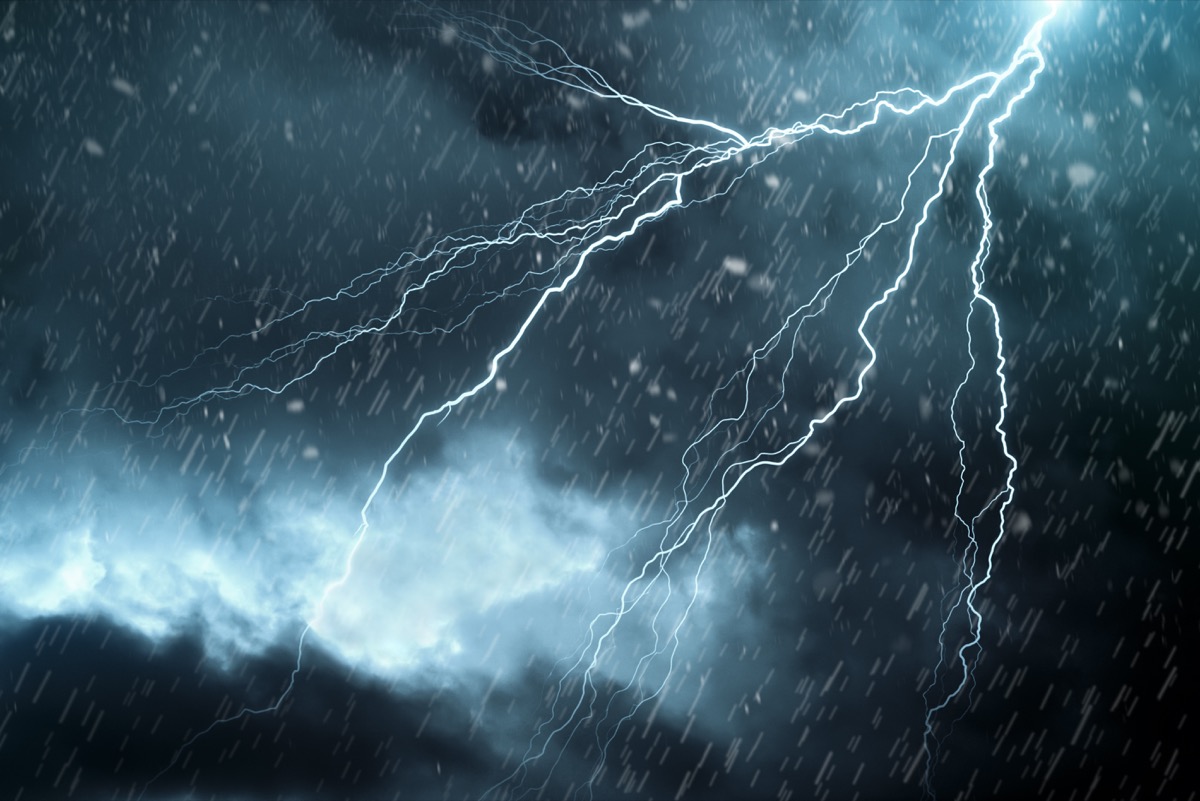 On October 19, 1979, Typhoon Tip made landfall on southern Japan. Days before reaching the island, the hurricane spanned 675 miles—the largest hurricane ever recorded. For perspective, most hurricanes span 100 miles. If this beast of a storm had hit the U.S., it would have stretched from New York to Dallas. The smallest hurricane on record is Tropical Storm Marco, which hit Mexico in 2008. Its winds extended just 12 miles. Aw! 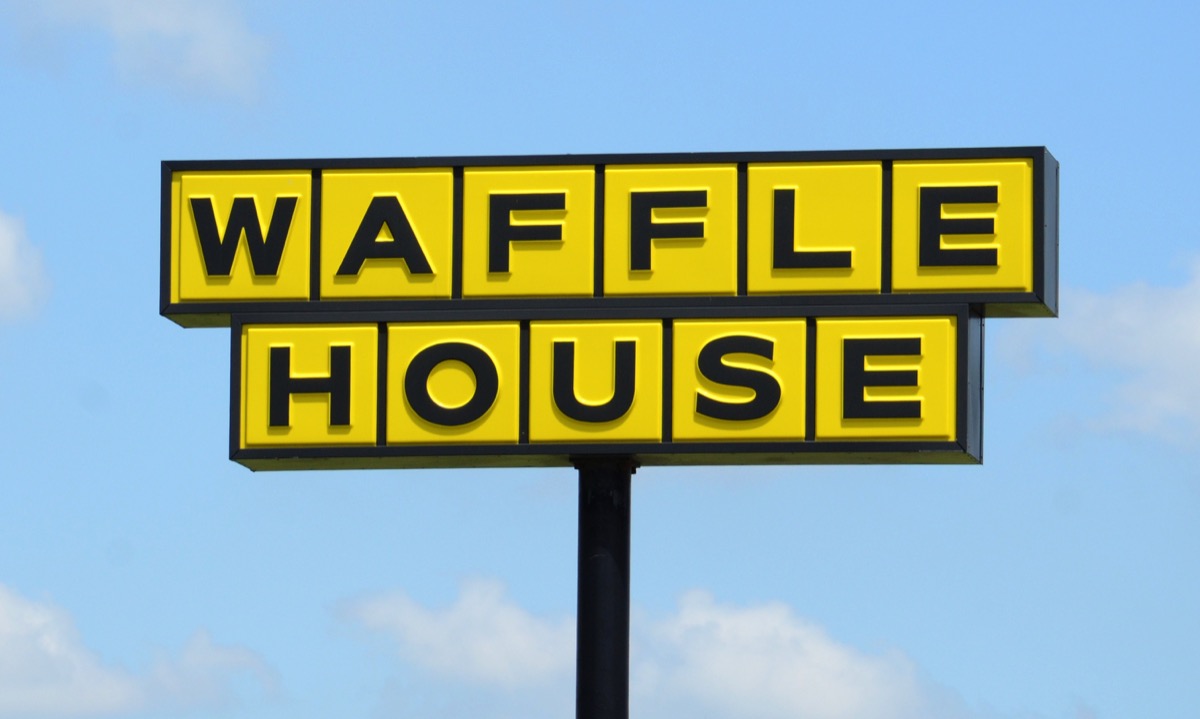 You'd think if you were a federal emergency agency, you might have a more effective way of measuring a storm's severity than calling the local Waffle House. But according to Popular Science, that's just what happens. Apparently, because the chain operates almost exclusively in hurricane zones, it's become a leader in disaster preparedness.

In fact, each store has a set of portable generators and is able to act as a mobile command center in the event of an emergency. The chain even developed its own storm-tracking system that allows it to be able to predict when a particular Waffle House location will be affected by a storm. FEMA knows a good system when it sees one, and asked to be privy to those predictions too. Now that's teamwork!

7
It typically takes weeks for a hurricane to develop.

But that's not always the case. Under average conditions, it takes a tropical storm several weeks to develop into a hurricane. But sometimes, in a phenomenon called "rapid intensification," that process takes mere hours. The record for the fastest intensification from a tropical storm to a Category 5 hurricane was 2005's Hurricane Wilma, which leveled up in just 24 hours and was responsible for 87 deaths across six countries.

8
Hurricanes have different names depending on where they occur. 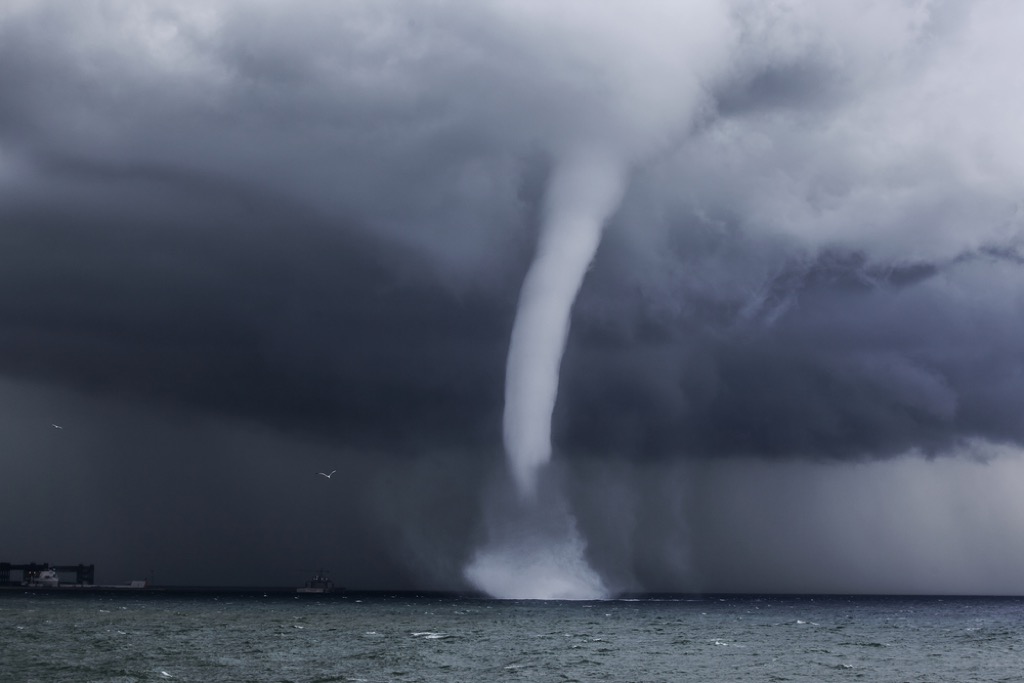 They call it the Sunshine State, but Florida gets more hurricanes than any other state in the union. Since 1851, it's been slammed 117 times. That's more than twice as often as the second most-hit state, Texas, which has seen 64 hurricanes in the same period. That's because Florida is the first point of impact for the Atlantic hurricanes that form over the warm water in the tropics. It's also got the longest coastline of every state but Alaska (and those folks are seriously in the clear when it comes to tropical storms).

10
Hurricanes rotate in different directions based on where they're located.

11
This is why hurricanes have human names. 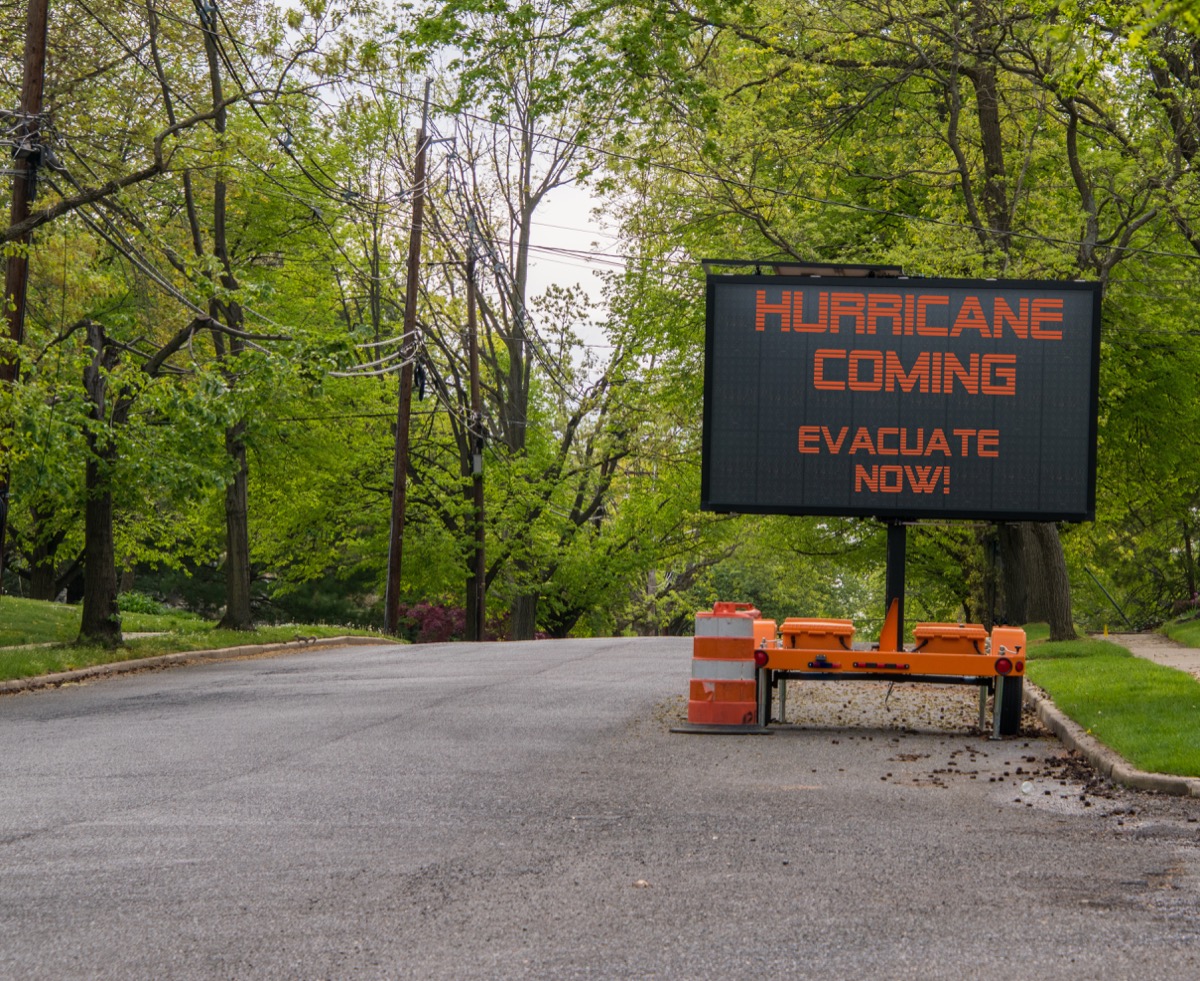 Hurricanes are given names in order to help people remember and communicate about the storms. The World Meteorological Organization has a list of names it cycles through every six years (meaning the 2018 list will be used again in 2014). A name will be pulled out of the rotation if a storm has been particularly destructive; for instance, no other storm will ever be named "Katrina." Check the list of hurricane names to see if your name is coming up.

12
Hurricane Katrina was the most destructive natural disaster in U.S. history. 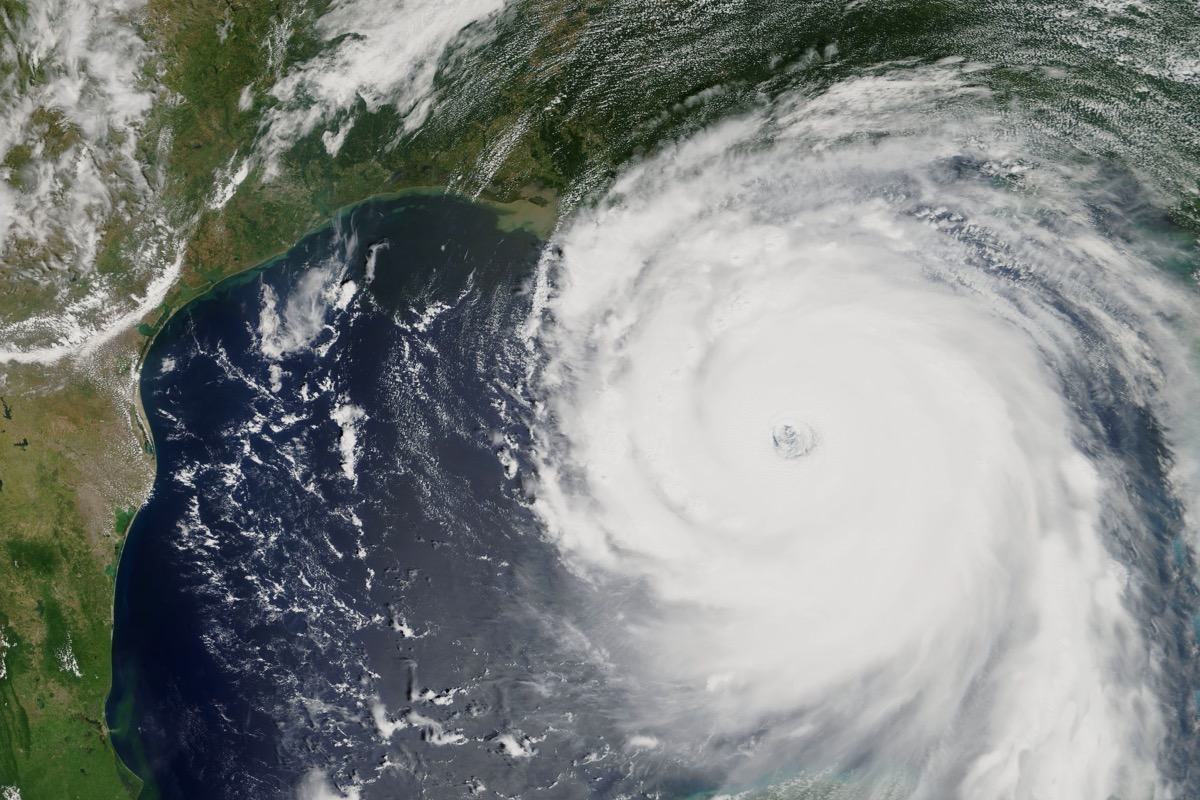 While The Great Storm of Galveston was the deadliest storm in U.S. history, Hurricane Katrina was the most destructive. When the infamous Category 5 storm hit Louisiana on August 29, 2005, it caused some $125 billion in damage. Its total cost (factoring in economic impact) is estimated to be $250 billion dollars. The storm destroyed 300,000 homes, left 118 million cubic yards of debris, and displaced 770,000 residents. The death toll was 1,836.

13
Hurricane Irma was the most powerful Atlantic hurricane in recent years.

When Hurricane Irma made landfall on Barbuda on September 6, 2017, it broke records with its 185 mph winds that lasted 37 hours. (To put that in scientific terms, that is pretty darn fast and absolutely terrifying.) Irma then went on to hit the Florida Keys on September 10 (at this point, it was downgraded to a Category 4 storm), marking the first time in 100 years that three Category 4 or higher storms (Irma, Harvey, and Maria) hit the U.S. mainland in the same year. Keep in mind that just 27 Category 4 or higher storms have hit the U.S. since 1851.

14
Hurricane Walaka wiped an entire Hawaiian island off the map.

When Hurricane Walaka hit Hawaii in September 2018, it washed away all but two tiny slivers of the state's remote East Island. Although the 11-acre land mass isn't home to any humans, it was a crucial habitat for several endangered species, including green sea turtles and Hawaiian monk seals. "There's no doubt that it was the most important single islet for sea turtle nesting," Charles Littnan, a biologist with the National Oceanic and Atmospheric Administration, told USA Today. Experts like Littnan are still trying to understand what the ramifications will be.

15
Hurricanes aren't only found on Earth.

Jupiter's Great Red Spot is actually a hurricane, and it's been on our radar for more than 180 years. (Seriously, can you imagine having to put up with that?!) The storm's winds are faster than 400 mph, more than twice as fast as our planet's worst hurricanes. In the 19th century, the Great Red Spot was more than twice the width of Earth, but recently, it's been shrinking. Now, it's only 10,000 miles across—or 1.3 times the size of Earth.

16
This is how hurricane categories are determined.

Here's one of the most practical hurricane facts you should know. If you're watching the news, you might hear the meteorologist refer to a "Category 5 Hurricane." But what does that even mean? The Saffir-Simpson Hurricane Scale categorizes hurricanes by their wind speed and is used to assess potential damage. At the bottom of the scale, a Category 1 hurricane has winds from 74 to 95 mph and has the potential to cause some damage. The top tier, Category 5, includes storms with winds at 157 mph or higher that will cause catastrophic damage.

17
2017 was the most expensive year for hurricanes in U.S. history. 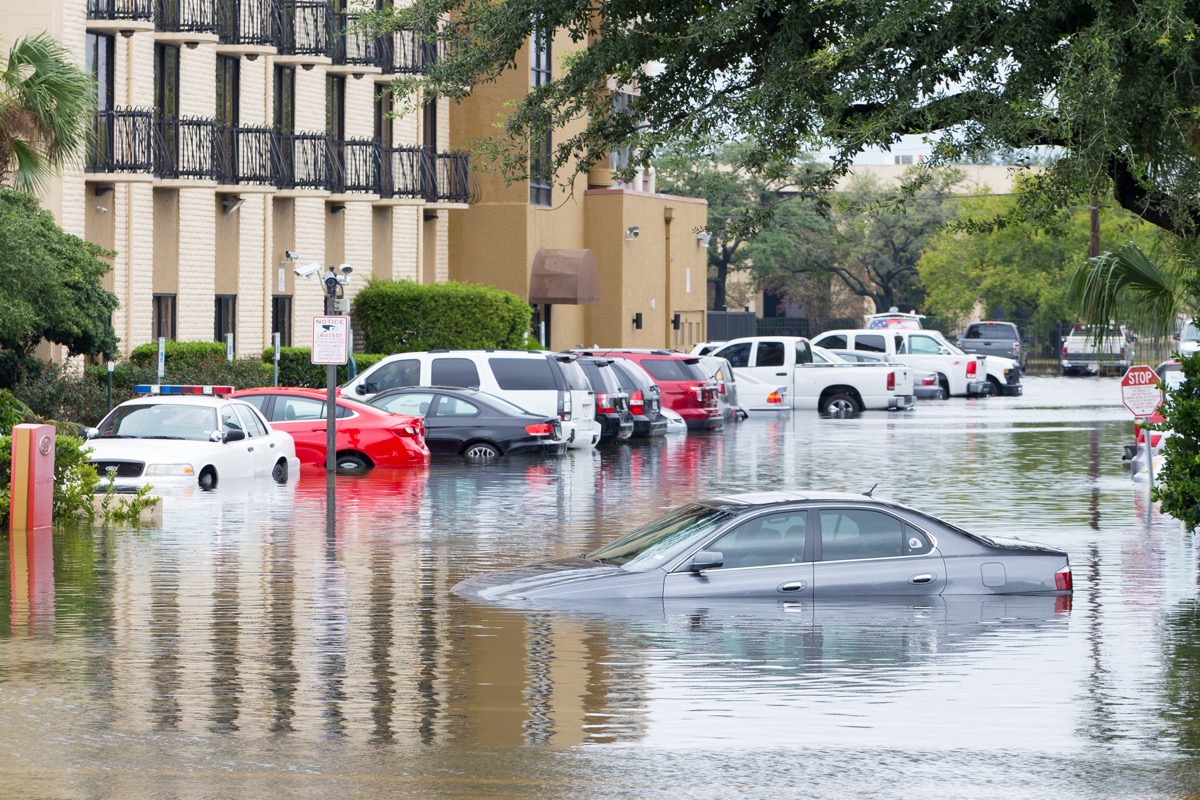 With an onslaught of massively destructive hurricanes—including Category 4 storms Harvey, Irma, and Maria—2017 was a bad year for hurricanes. The year broke the record for damage incurred by hurricanes, with a whopping $306.2 billion cumulative cost. The previous record was set in 2005 after Hurricane Katrina, which cost $214.8 billion.

With rising global temperatures, we're unfortunately going to see an increase in the intensity of hurricanes, according to the Center for Climate and Energy Solutions. Factors such as warmer sea surface temperatures and the rise of sea levels (both direct results of climate change) have the potential to increase the impact of a storm. And now that you've gotten your share of hurricane facts, learn even more with the 50 Mind-Blowing Facts We Bet You Didn't Know.