Meet the Major Celebs Who Are Neighbors in Real Life

What's more exciting than the idea of having a celebrity live next door? How about the idea of having two celebrities live next door? Picture witnessing this: Dwayne "The Rock" Johnson is whipping up Sunday-morning pancakes (gluten-free, of course) and realizes he's out of eggs. He heads next door, knocks, and is greeted by none other than Betty White. They exchange some laughs, and then everyone's favorite Golden Girl grabs everyone's favorite guy-who-pretends-to-punch-things some eggs. Isn't that just a beautiful image?

Unfortunately, it's entirely made up. But get this: there are actual celebrities that live right next door to each other, and thinking about their charm-inducing run-ins is more fun than the one above—mostly because they could actually happen. Don't believe us? Give it a go by perusing these 20 A-lister pairs who live no more than a stone's throw apart—and have likely ended up in some hijinks as a result. 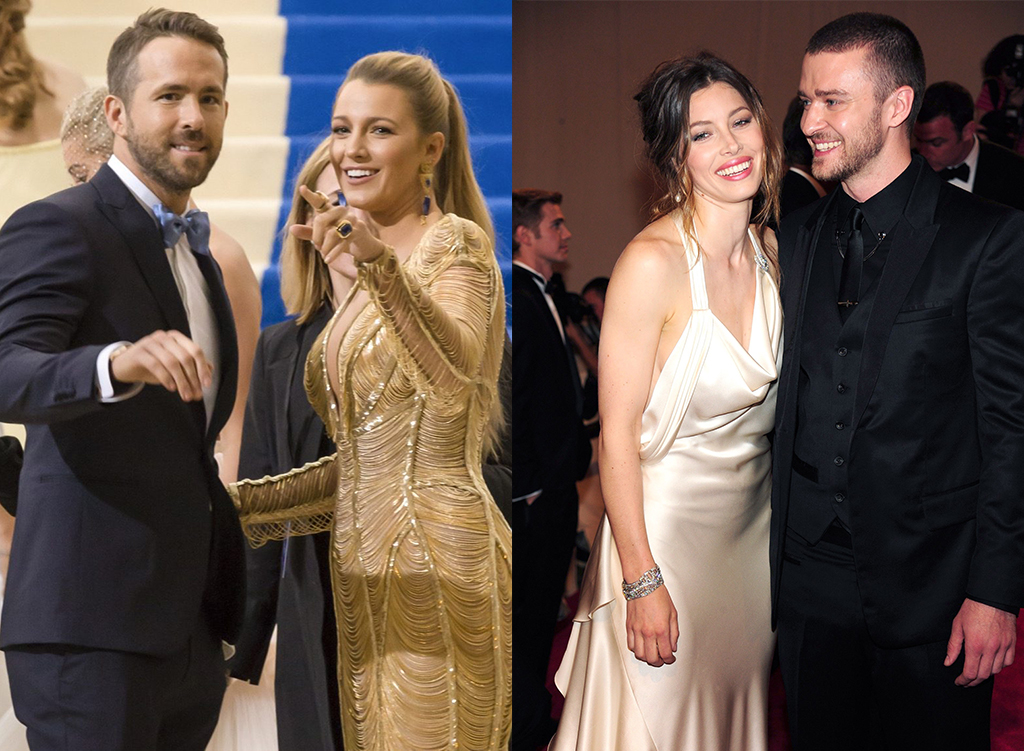 These two power couples live in the same swanky Tribeca apartment building at 443 Greenwich Street. On the roof, there are multiple pools and terraces. Though, to be fair, it may not be too healthy for anyone's self-esteem if they happen to spot both ridiculously good looking couples hanging out together by the pool at the same time. That's just too much.

These two have managed to foment the most classy, sophisticated bromance in the history of bromances. They previously lived next door to each other in El Dorado, a luxury development in Cabo. While there, they—alongside Mike Meldman, El Dorado's mastermind developer—created Casamigos tequila.

Sadly, both Clooney and Gerber sold their villas in 2016. (The trio also sold Casamigos that same year, for a cool $1 billion.) But just last year, Cindy Crawford, Gerber's wife, picked up a Manhattan apartment directly above George and Amal Clooney's. The bromance continues. 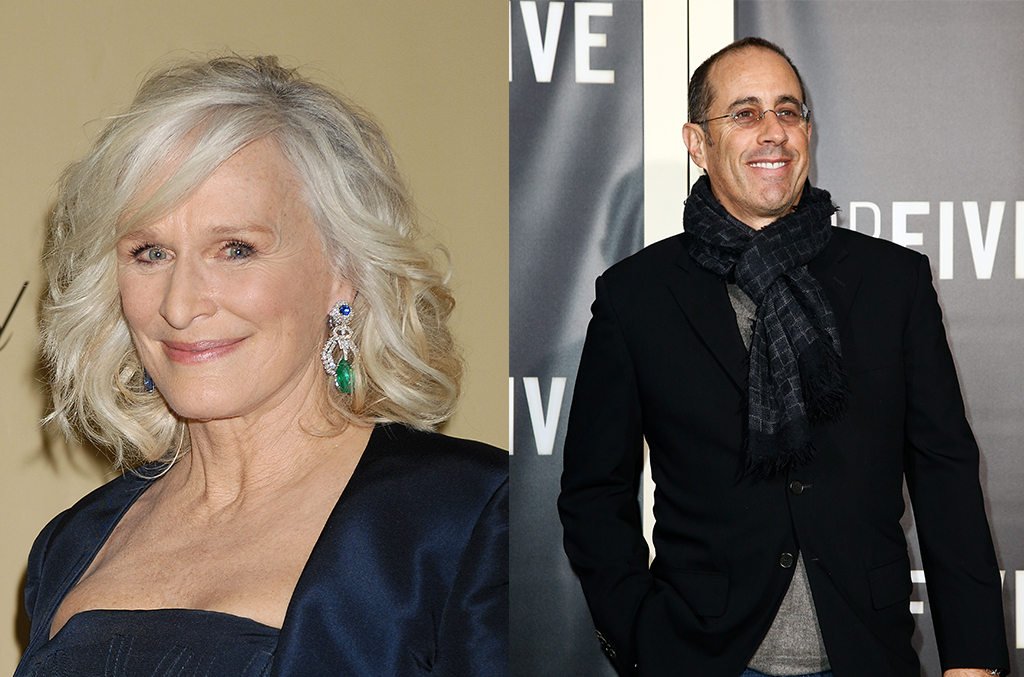 Close and Seinfeld have lived years as neighbors at The Beresford on Central Park West, in Manhattan. (If you're familiar at all with the New York geography, you'll recognize that as the landmark Art Deco building across the street from the American Museum of Natural History—and frankly, it's quite an upgrade from the far-uptown apartment Jerry's character occupied in Seinfeld. 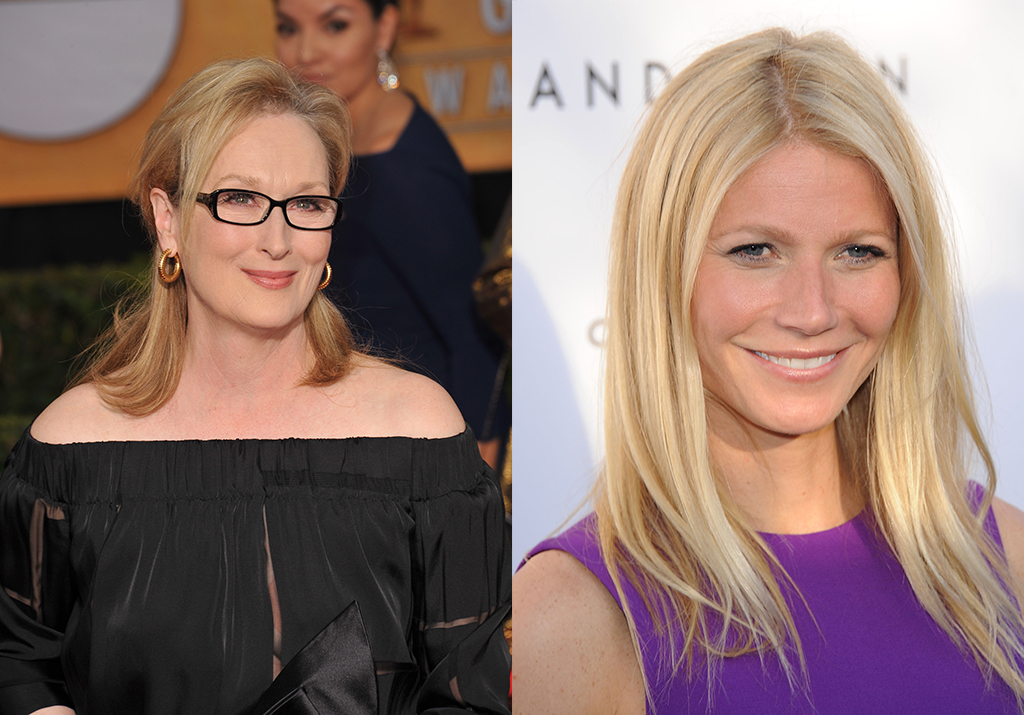 Streep has reported that she and Paltrow are very neighborly. They live in the same complex in Tribeca, in downtown Manhattan, and have been known to invite each other over. One time, Paltrow even let Streep use her kitchen to cook Thanksgiving dinner! No word on if, instead of asking for extra sugar, Meryl asks Gwyn for extra glass-case shelving space (you know: for all of the awards). 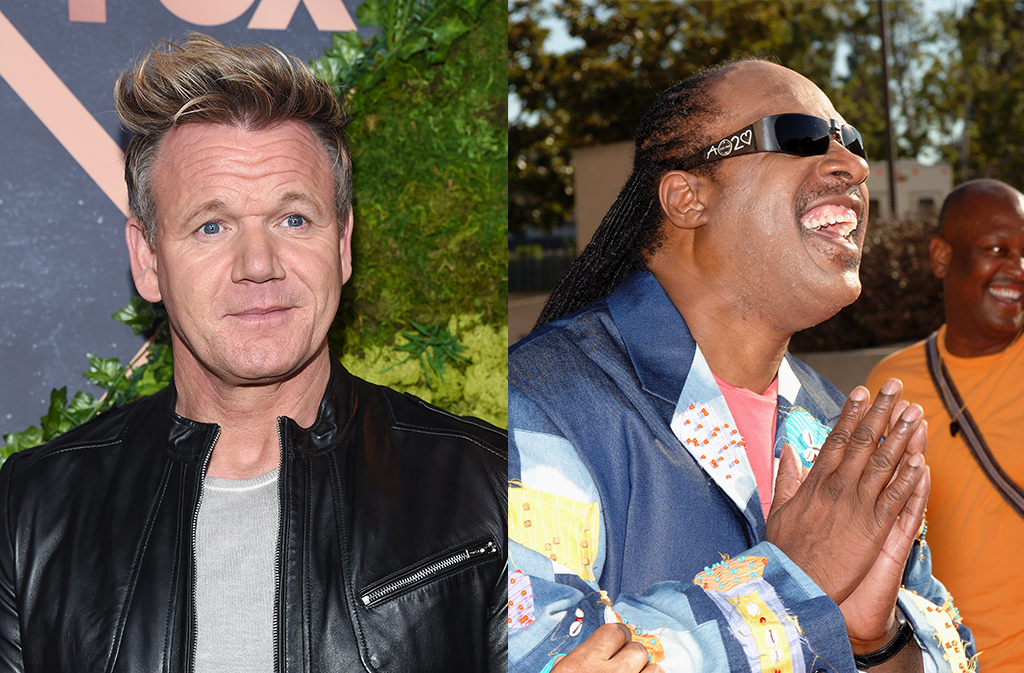 The hope is that these two respective industry legends get together and throw amazing dinner parties: Gordon Ramsay on the grill and Stevie Wonder on the keys. They live directly next to each other in sunny L.A.'s Bel-Air Crest. 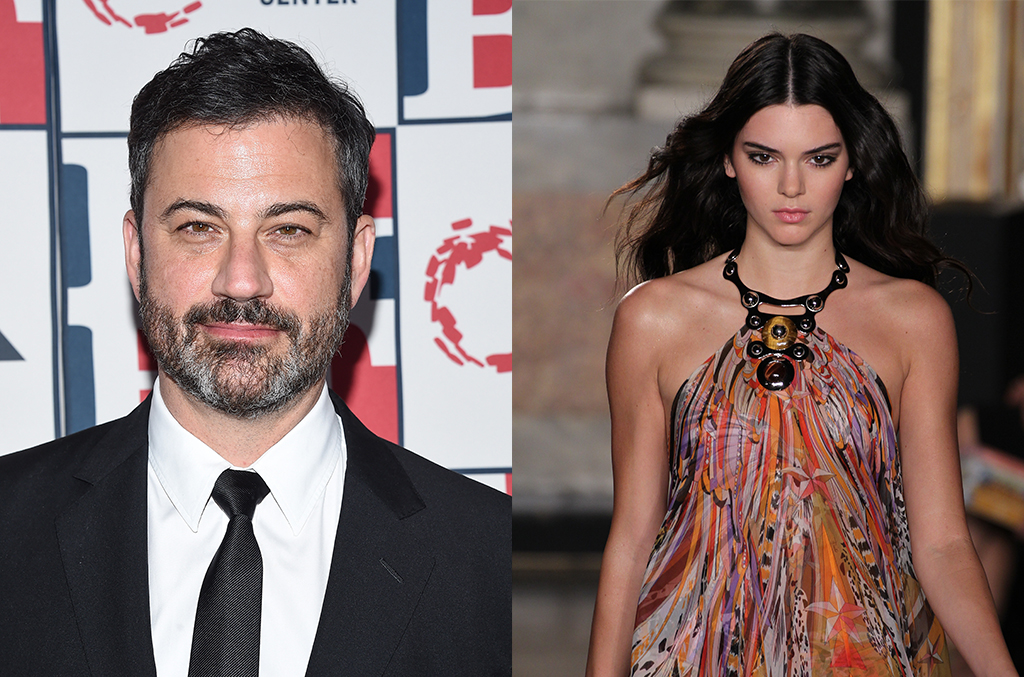 Kendall Jenner moved into a place across the street from Jimmy Kimmel on the Sunset Strip in Los Angeles, and the two actually joked about it on Jimmy Kimmel Live!: Jenner said having Kimmel as a neighbor made her feel more safe. The idea of Jimmy Kimmel (who recently lost a contest of physical fitness—basketball, specifically—to Senator Ted Cruz) being a protector of Kendall Jenner (who has round-the-clock professional bodyguards) is laughably cute and unexpected. Consider this cold heart melted. 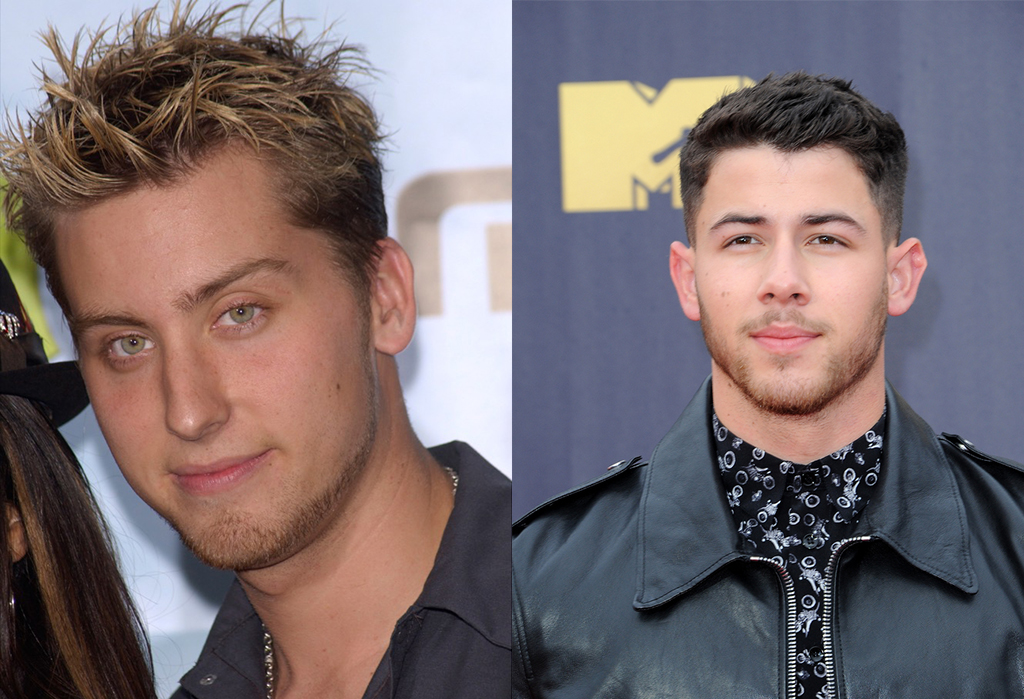 These two boy band sensations live under the same roof in the Chelsea Mercantile Building. (Katie Holmes is also a resident of the 21-story Manhattan complex.) With valet service, a roof deck, and, a secret entrance to Whole Foods (regularly used by Holmes, as revealed by a Gawker investigation), this place is essentially an oasis for A-list celebrities looking to avoid the paparazzi. 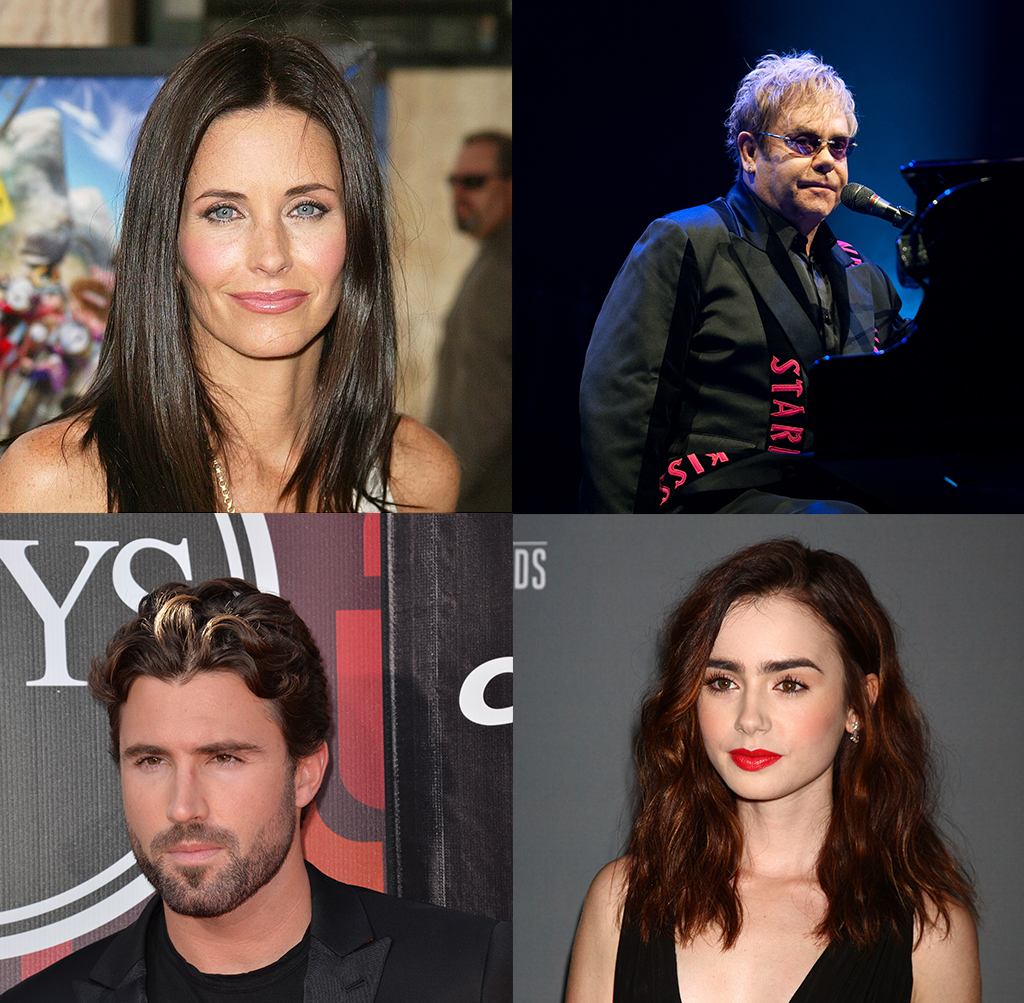 All of these stars live in Sierra Towers in West Hollywood. As long as Courtney Cox is there, there's no reason this couldn't turn into a spinoff of Friends. Imagine the hijinks a cast including Elton John (having proven his comedic genius in Kingsman: The Golden Circle) could get into! 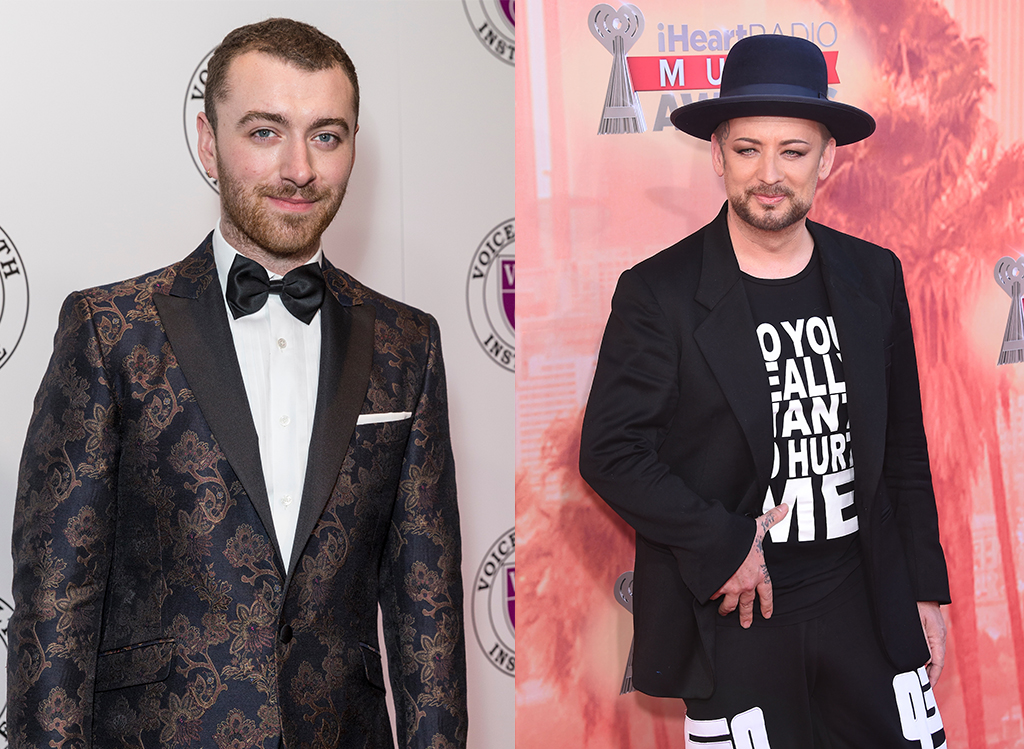 The two singers live near each other in Hampstead, a posh area in North London. Two men with voices like butter living in the same London neighborhood? That might be one time where after-hours tune-belting is totally acceptable—and even appreciated. 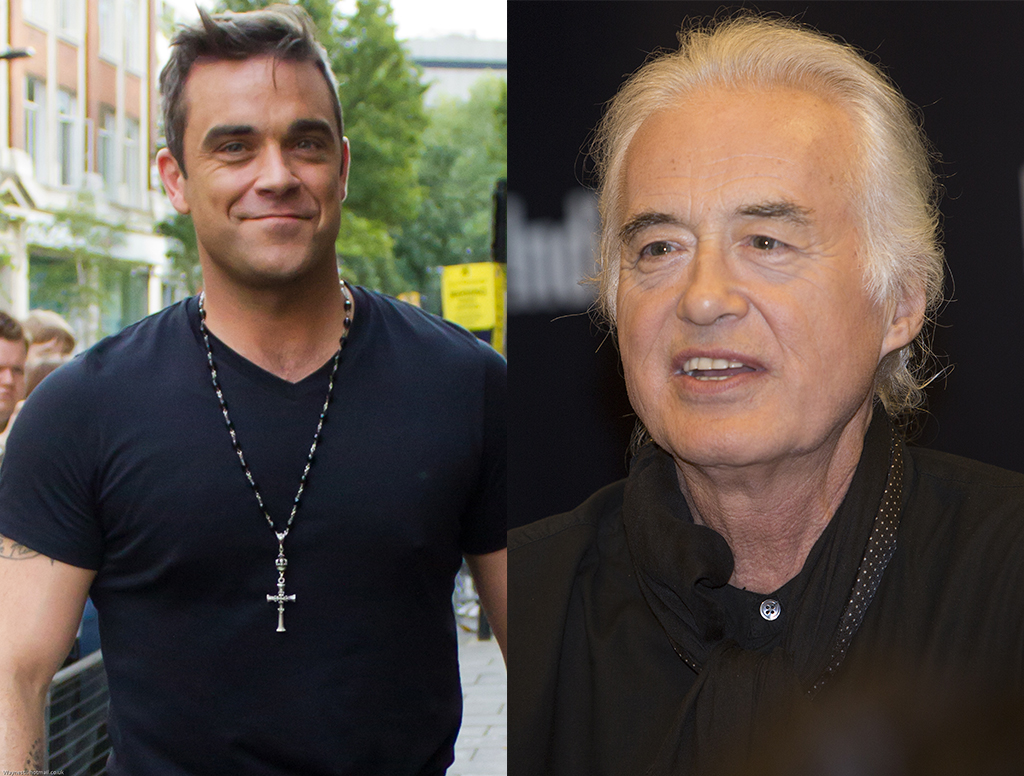 Not all neighbors are friendly. Case in point: these two rockers. The musicians own homes next to each other in West London, and have engaged in an extended—and very public—battle over planning rights from the moment they became neighbors. Williams wants to install a swimming pool; Page thinks the construction could cause damage to adjacent properties (i.e., his). As reported by The Independent, the matter's still in court. So much for a duo album. 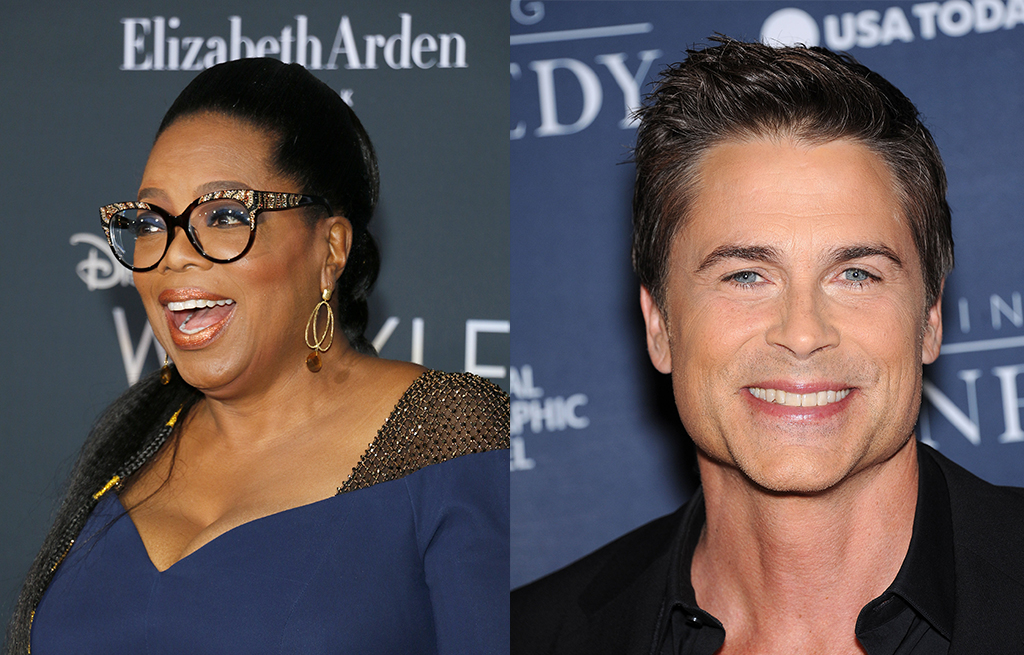 Because Oprah is Oprah, and worth a whole lot, naturally, she has multiple homes. ("I get a home! And I get a home! And…") One is in Montecito, a guarded community in beautiful Santa Barbara, and happens to be right next to Rob Lowe's home. Can you think of two neighbors with more pleasant smiles? 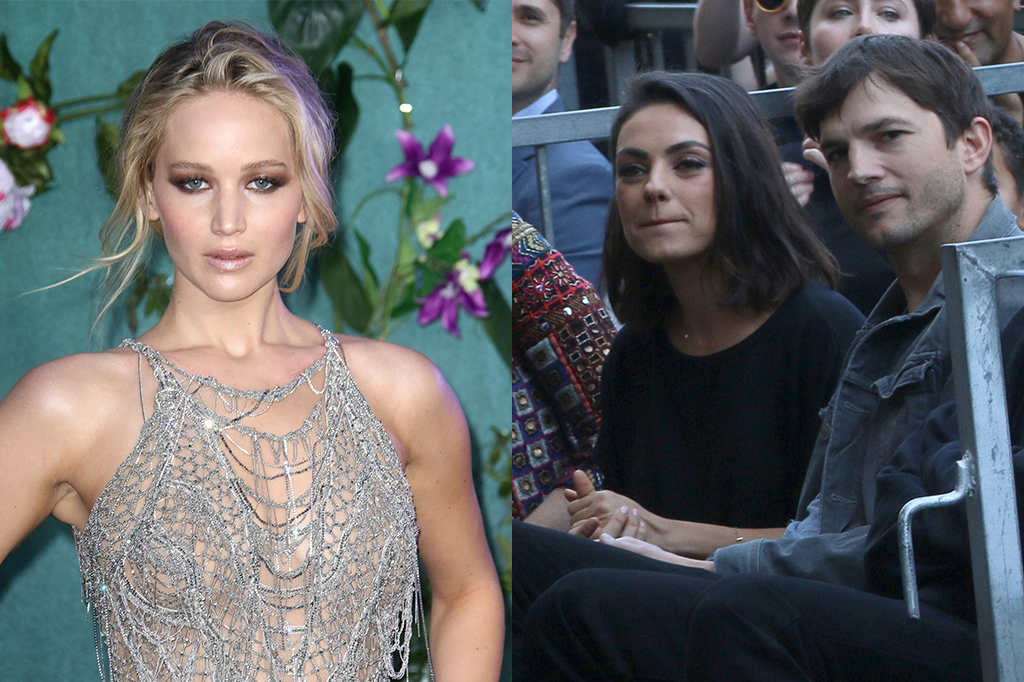 Jennifer Lawrence lives three doors down from the That '70s Show power couple in a gated community in Beverly Hills. We sincerely hope she uses the opportunity to make way too 3 Doors Down–themed jokes. (Yes, just like the terrible yet crazy-successful band.) 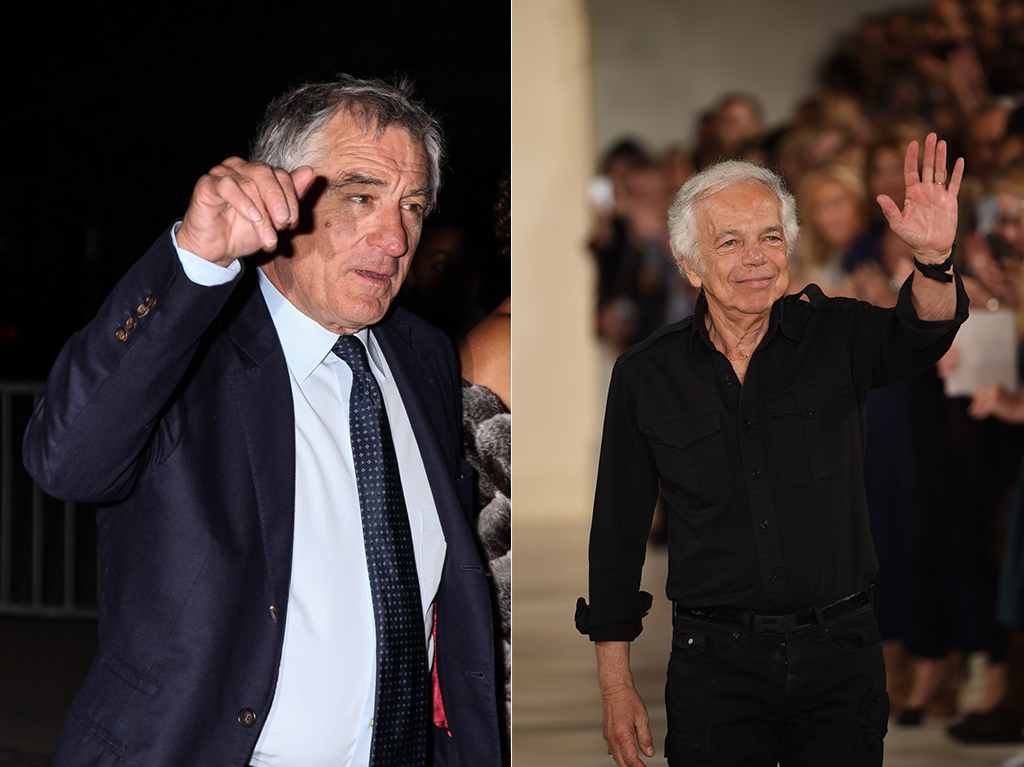 Robert and Ralph are another pair that have homes on the same street in the Hamptons. For the most part, celebrities are able to maintain a heightened level of privacy in the Hamptons, so we can do little more than speculate on the goings-on, which we hope are full of polo shirts and Godfather quotes. 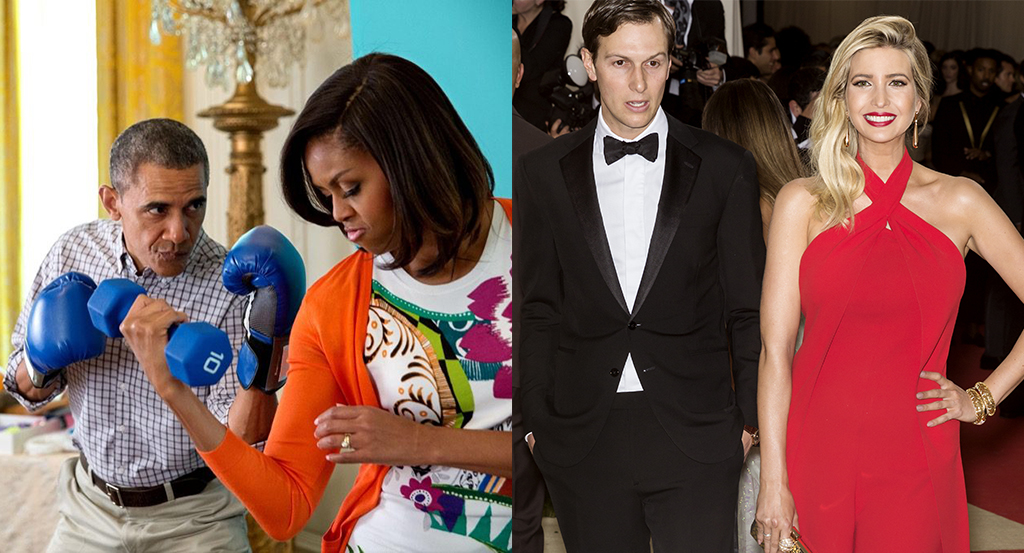 It's doubtful these two couples are having any dinner parties together. They both live in Kalorama, a neighborhood in Washington, D.C., that's been deemed the Beverly Hills of our capital. And they said bipartisanism was dead… 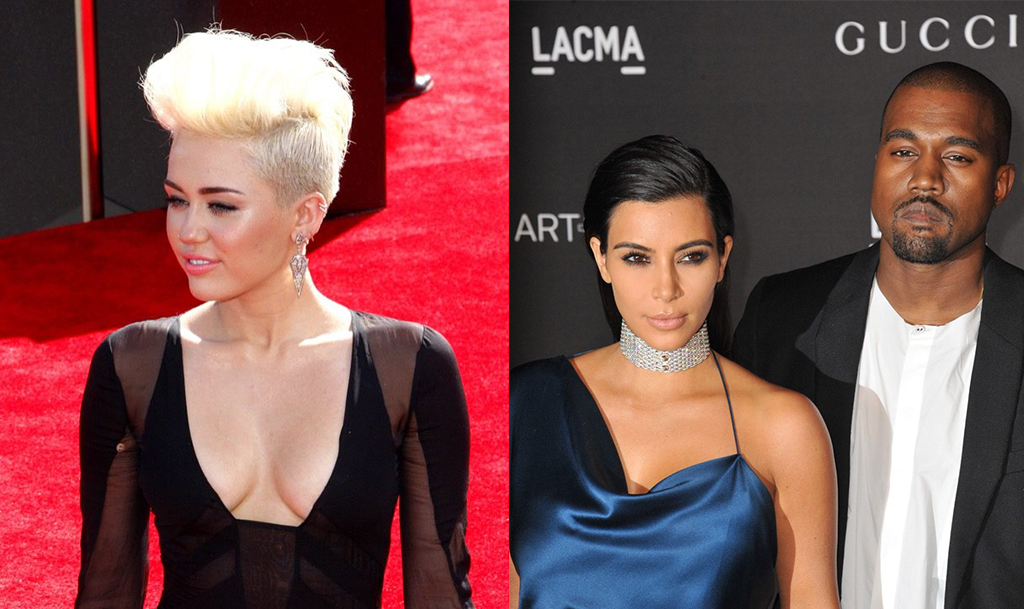 These A-listers are living large in the Hidden Hills in Los Angeles. Presumably, Miley Cyrus leads a much different life than Kanye and Kim, but maybe she and Kim and get together every once in a while to advise each other on which Instagram filter to use. 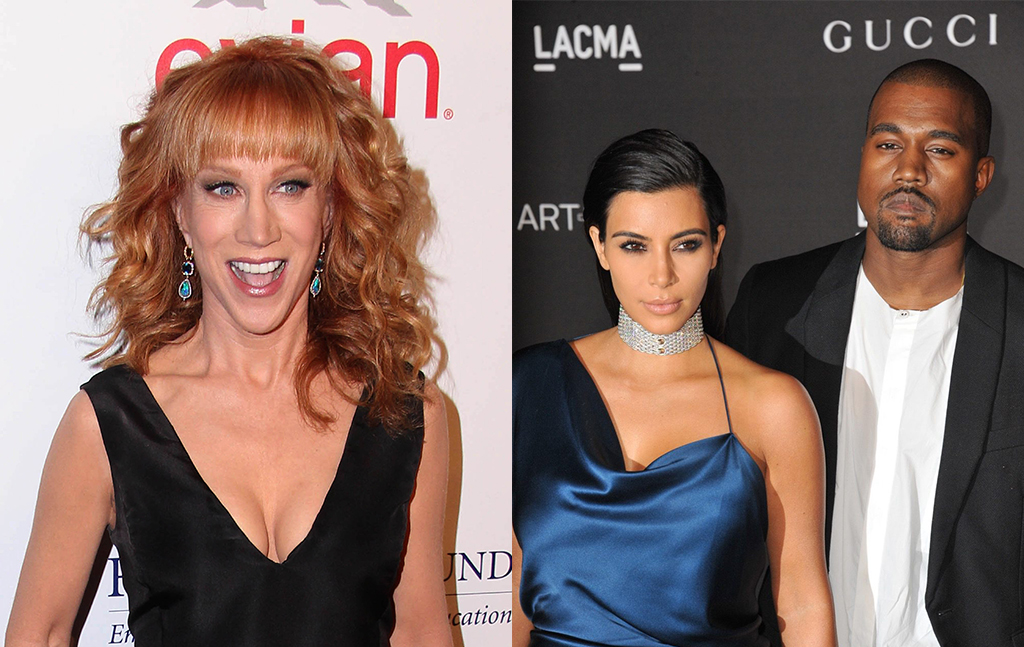 Comedian Kathy Griffin, who also lives nears Kim and Kanye, has even been known to step in as the Hollywood power couple's babysitter. Living next to one of the most famous couples around must provide her with endless comedic material. 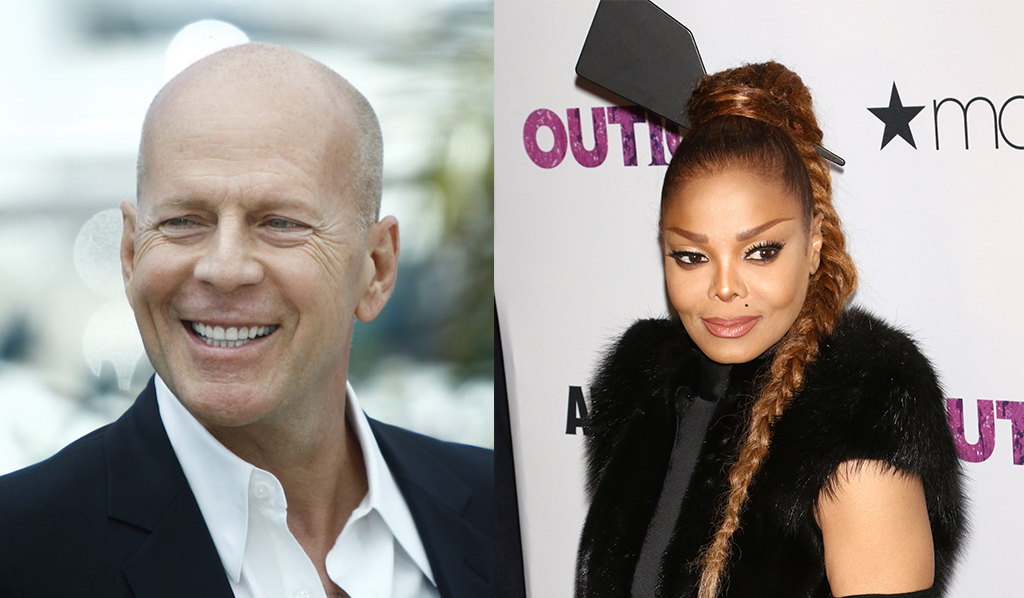 These two live in the same building. You may have heard of it: it's called Trump Tower. With all of the tourists around this area these days—and the rate at which high-profile individuals, like Keith Olbermann, have vacated their units—these two may not be neighbors for long. 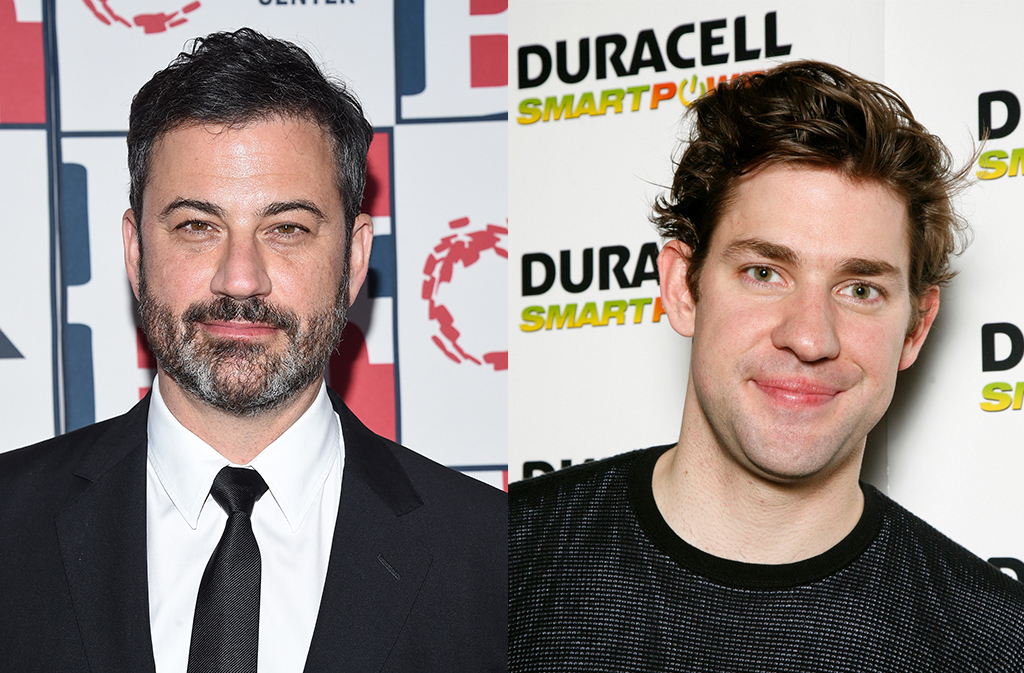 Yes, we've got another bromance on our hands. These two lived on the same street in Los Angeles, vacationed together, and go on double dates with their significant others together. Adorable! Sadly, are no longer neighbors—Jenner bought John Krasinski's old digs—but their friendship remains strong. 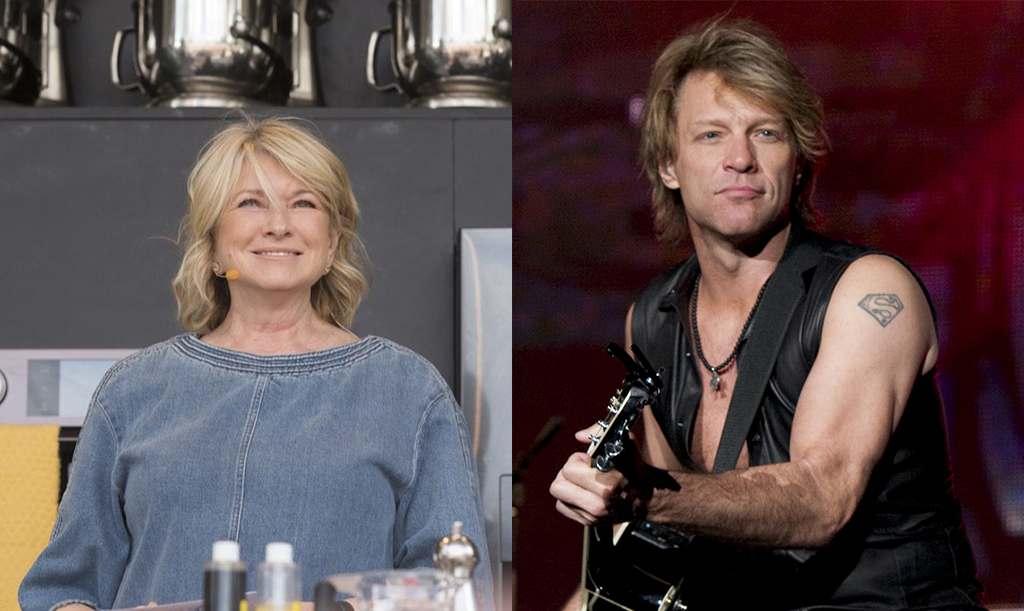 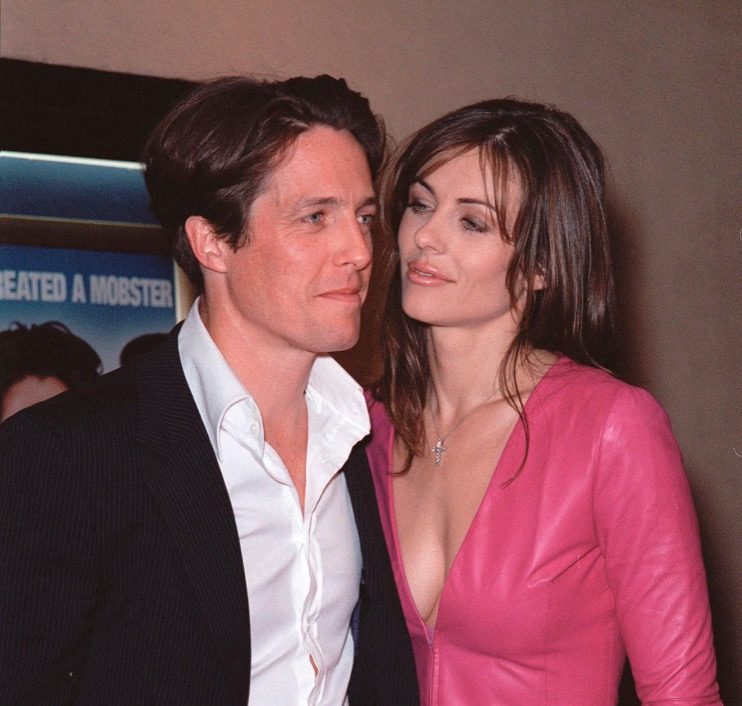 Most folks try their absolute best to avoid running into exes, but that's not the case with these two. Since splitting up, they've sustained a friendship strong enough to merit purposefully becoming neighbors, as Hurley told E! News. Liz, Hugh: What's your secret?