These unexpected pairings of high profile pals are fascinating.

In Hollywood, celebrities need all the friends they can get, and true pals are hard to find. Air-kiss acquaintances and frenemies are a dime a dozen, but real friends are as rare as a Katherine Heigl-helmed hit. (We're praying her bad karma doesn't tank Suits now that she's joined the cast.)

For the answers to those burning questions and a lot more, check out this list of surprising and fascinating friendships among the famous—and infamous. And for more unexpected truths out of Hollywood, here are the 30 Funniest Jokes Found in Non-Comedy Movies. 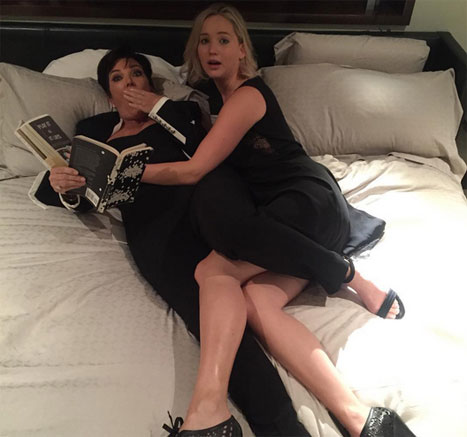 The Oscar winner is a huge fan of Keeping Up With the Kardashians. Last year, during an appearance on Jimmy Kimmel Lawrence joyfully recounted the night she drunkenly had dinner with the Kardashian-Jenner momager saying,  "I drank five martinis and wound up naked in her closet. I'm dead serious," revealed Lawrence when she guest hosted for Jimmy Kimmel last year. She also said the night "was everything I ever dreamed of." All righty then. And for more on J-Law, here's how she got into Red Sparrow form—and why she says she'll never be able to diet again. 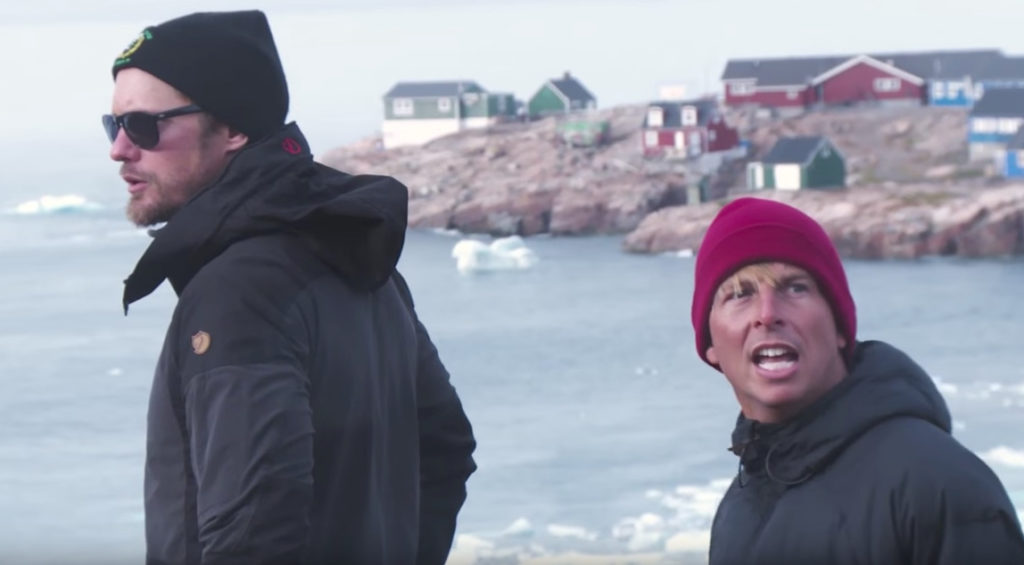 We were intrigued when we noticed their bromance at the 2018 Screen Actors Guild Awards, where the 30 Rock star was grinning ear to ear at the table next to Skarsgård when he nabbed yet another statue for his terrifying role in Big Little Lies. The pair's unlikely friendship has been going on for a while—they've been photographed together for several years (as early as 2013). They costarred in a nine-day comedy series for Funny or Die's Greenpeace's "Save the Arctic" campaign in 2015. For more on Jack McBrayer as our favorite gullible Kenneth, check out the 30 Funniest Sitcom Characters of All Time.

The super mom and the unabashed comedian have reportedly enjoyed some raucous girls' night out dates. We're thinking Handler was particularly supportive during Garner's "Year of Wine" when she spilt from Ben Affleck. And for more mind-blowing knowledge about your favorite celebs, here are the 50 Crazy Celebrity Facts You Won't Believe Are True.

When Rudd was in college he used to go to St. Louis with his roommate (who was a childhood friend of Hamm's) to hang out with the future Mad Men star.

The guys weren't exactly the best of friends at the time because Paul would bring his then girlfriend—who happened to be Jon's ex. That lucky lady is long gone, but their friendship is going strong. And for more on our favorite late bloomer, read our interview with Jon Hamm here. 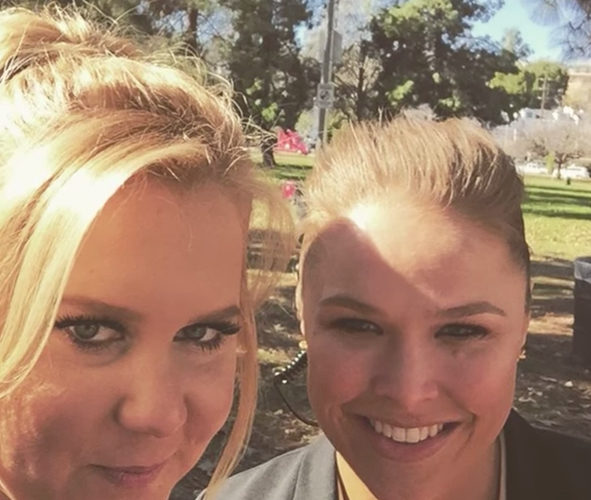 After Rousey announced she wasn't going to be fighting at UFC 200 in July of 2016, she wanted to spend more time with her nearest and dearest. Schumer was among her close circle of friends and spent some quality time former bantamweight champion on the same day the news was announced and the pair posted on Instagram to celebrate. Rumor has it Schumer was Rousey's comedy coach when she appeared on Saturday Night Live shortly afterwards. And for more celeb rumors, here are the 20 Craziest Celeb Rumors of All Time. 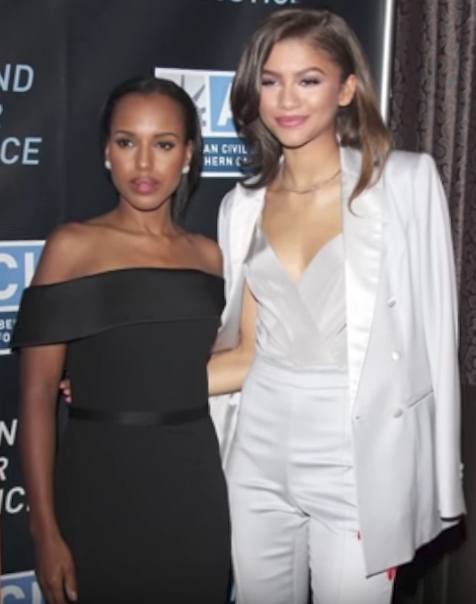 Both stars were honored last year at GLSEN Respect Awards where Washington received the "Inspiration Award" and Zendaya nabbed the "Game Changer Award." Both women, who share a killer fashion sense, delivered passionate speeches about the need to support students in the LGBT community and have been Insta-friends ever since. "She's one of my heroes," has said Zendaya of her new pal. 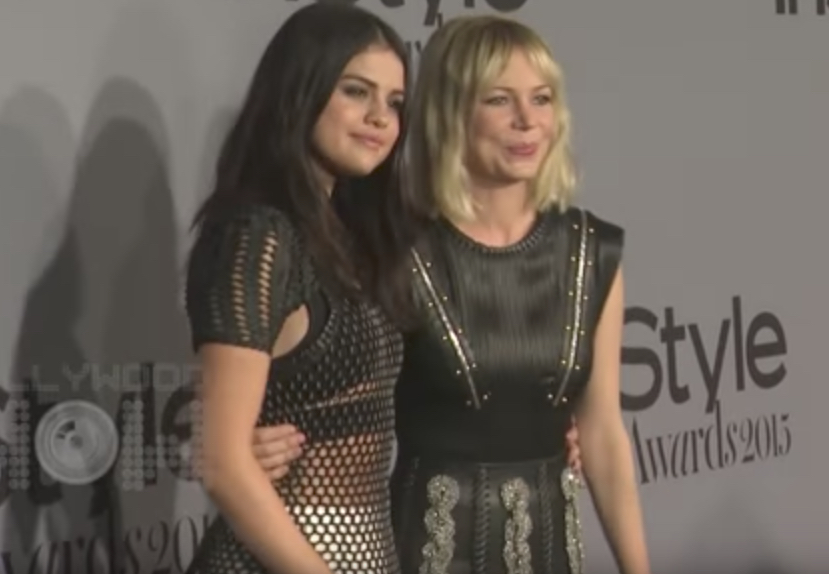 When Gomez lost her friend and make-up artist Jake Bailey to suicide in 2015, she turned to Williams during the crisis and brought along to the red carpet for moral support.

These two have been BFFs forever and are all over each other's Instagram that makes us think #FriendshipGoals.  JLo has proclaimed her love for Remini by posting: "I will never eva leave you…Looove hanging w this one @leahremini #bestieday #jeleah #familia." We wonder if A-Rod gets jealous. 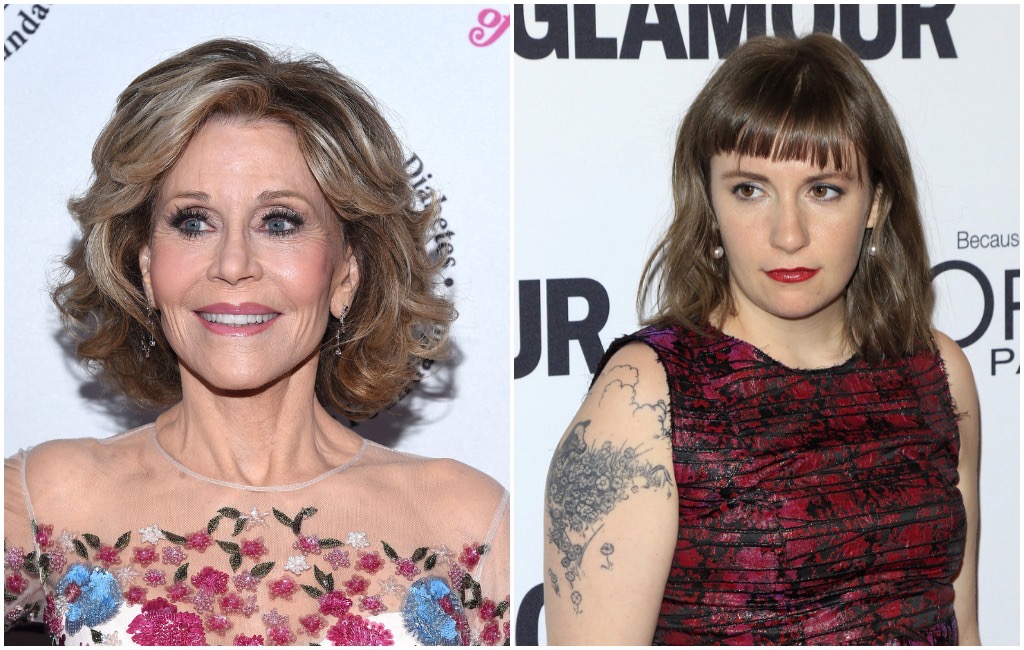 In 2016, the ageless Oscar winner interviewed multi-hyphenate millennial for Paper magazine. The two feminists hit it off from the get-go and talked about sexism, Hollywood and vibrators. "I think you've completely redefined the essence of what it means to age," gushed Dunham to Fonda. "It's funny, every stressful thing you've done in your life has paradoxically made you fierier and look younger, so I'm hoping that will happen to me." That's a lot of expect from a friendship. And for more celeb news, Here's the Ivanka Trump Rumor The Internet Is Going Bonkers Over. 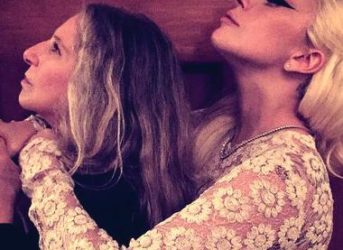 One can only imagine what it felt like to have that much diva-ness in one room on those cozy evenings at Bab's house when Gaga has hung out with La Streisand, hubby James Brolin, and Gaga's frequent collaborator Ryan Murphy. Their Instagram photos prove it's a true lovefest. 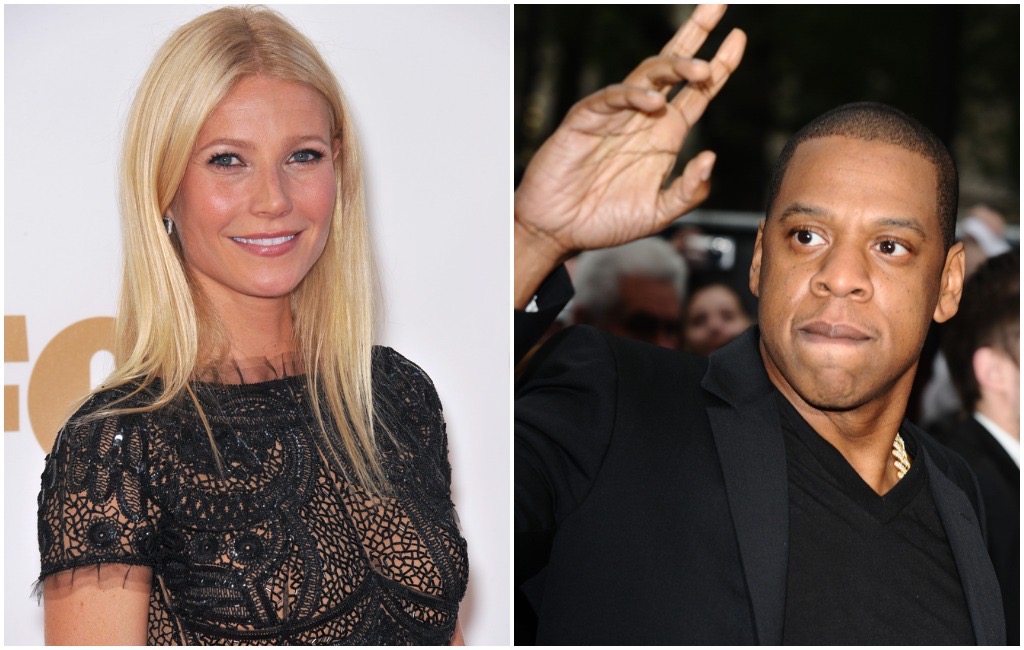 The conscious uncoupler has been very close with both the rapper and his superstar wife ever since they met in 2006. Paltrow's kids call him "Uncle Jay" (we're thinking Beyoncé is Queen Bey around the house). The Goop maven even designed a handbag with Jay's nickname on it in 2015, in honor of her friend. Now that's love. 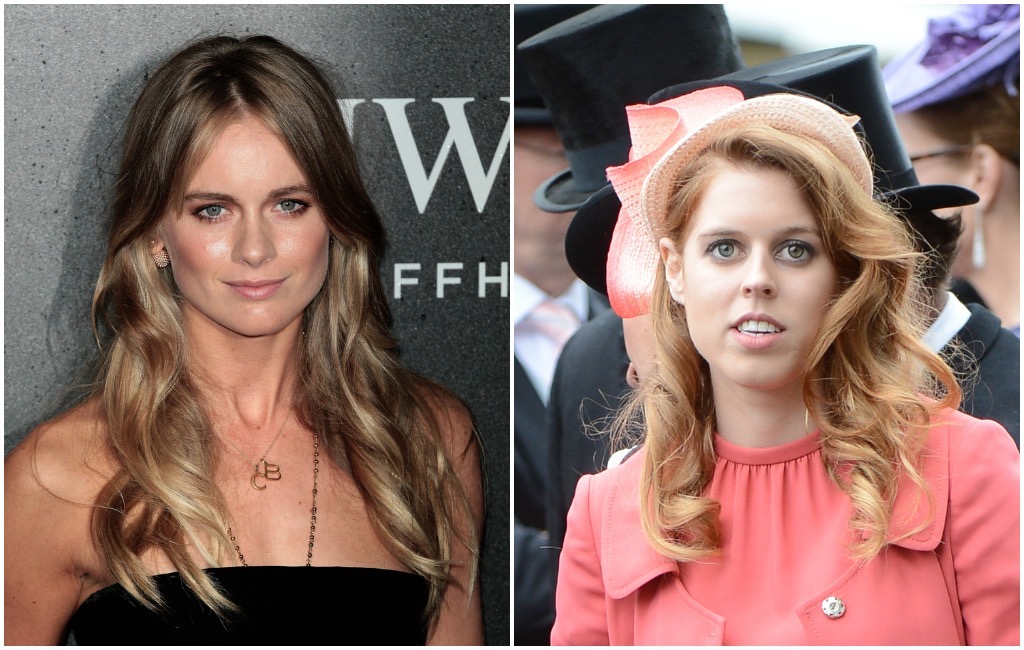 Things are bound to get interesting when royal wedding season rolls around in a few months. The princess, who is getting married in September at Windsor Castle, is sure to invite Bonas, one of her closest friends—who just happens to be Prince Harry's ex—who is also very tight with his cousin. Perhaps the actress can compare scripts with Harry's new wife (he'll be married by then), former Suits star Meghan Markle at the reception. And for more on our favorite actress-turned-royal, here's The One Thing Kate Middleton Has Learned from Meghan Markle. 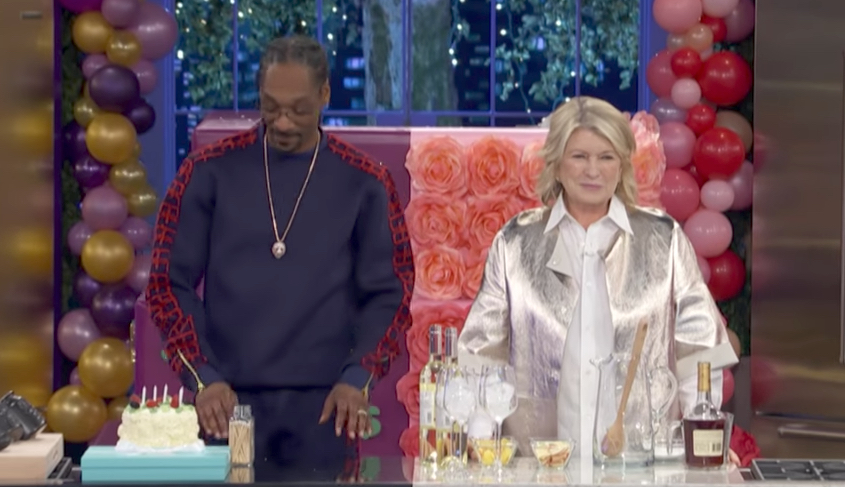 When the unlikely pals announced their new show, Martha & Snoop's Dinner Party, we were amused that these two had transformed Snoop's quirky guest spots on Stewart's show into a genuine friendship. When the trailer for the show was released, showing the two dancing (with a plate of brownies!), the match, which we wouldn't have imaged in a million years, seemed to make perfect sense.

Was it a tabloid match made in heaven or a PR stunt? When Kardashian got together with the much younger singer, no one knew if it was a ratings ploy, a re-bound relationship after her break-up with baby daddy Scott Dissick, or just a cougar flexing her claws. According to sister Khloe, the pair are just friends. Got that? 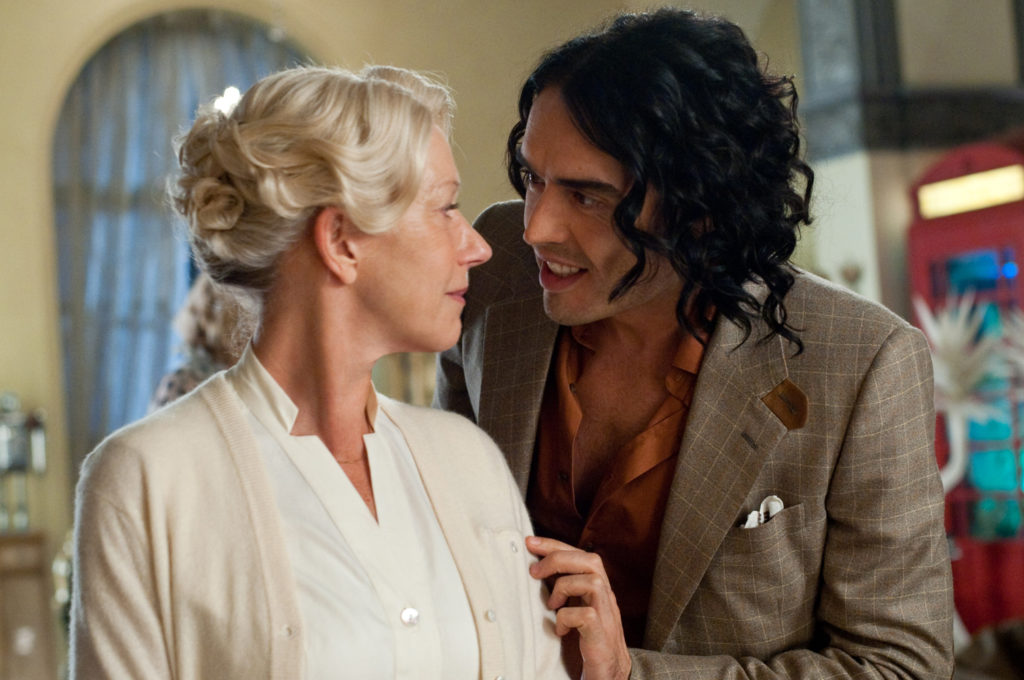 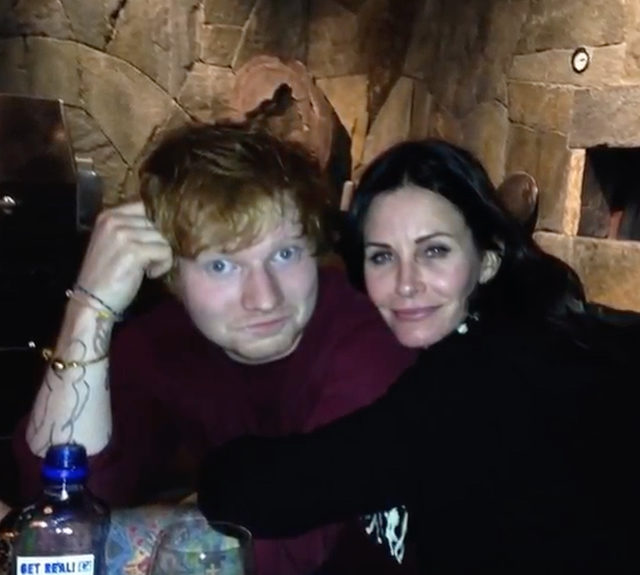 The singer introduced Cox to her fiancé, Johnny McDaid, in 2013. The couple split up at the end of 2015, but are now engaged. Sheeran stayed friends with Cox through all their ups and downs.

This one truly mystifies us. The secret behind the relationship between the Baywatch star and the Wikileaks founder is under wraps, but the actress visited Assange, whom she has called "heroic" and "important," at least six times in five months last year bringing him vegan meals at the Ecuadorean Embassy in Knightsbridge, London, where he has been holed up since 2012 to avoid extradition to the U.S. How romantic. 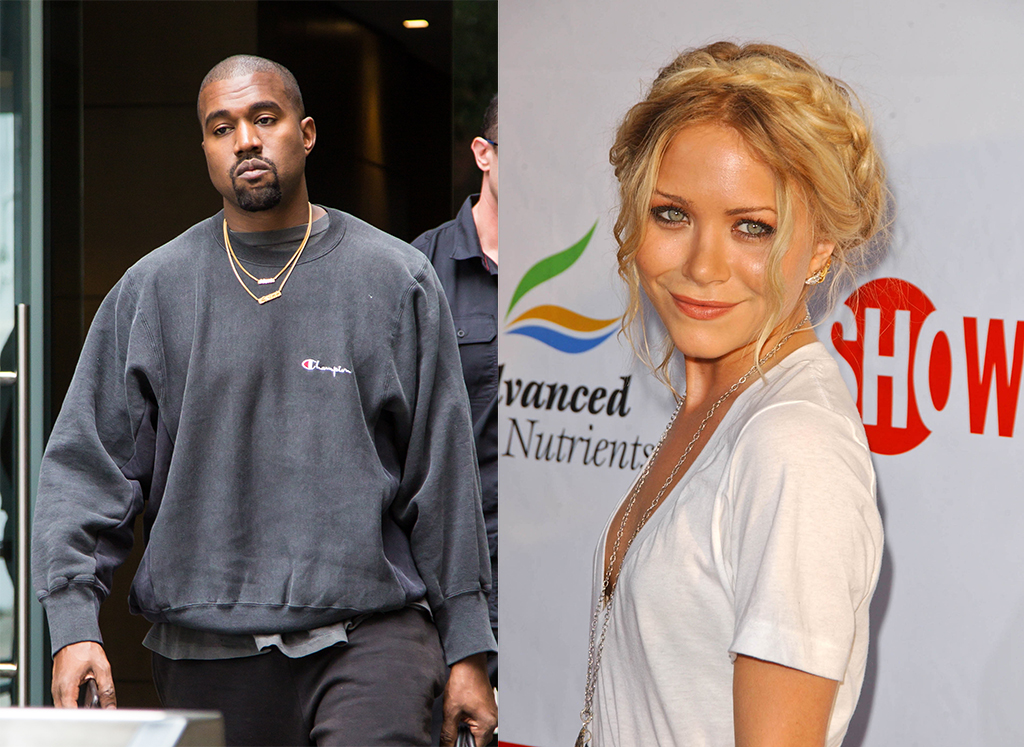 Hmm … Olsen and her famous twin sister seem to shun press attention at all costs, while West considers it the very oxygen of his existence. So what's the connection? Their mutual passion for fashion. Could there be a Yeezy x The Row collaboration in the works? That makes as much sense as anything else he's designed.

19
Will Ferrell and Mariah Carey 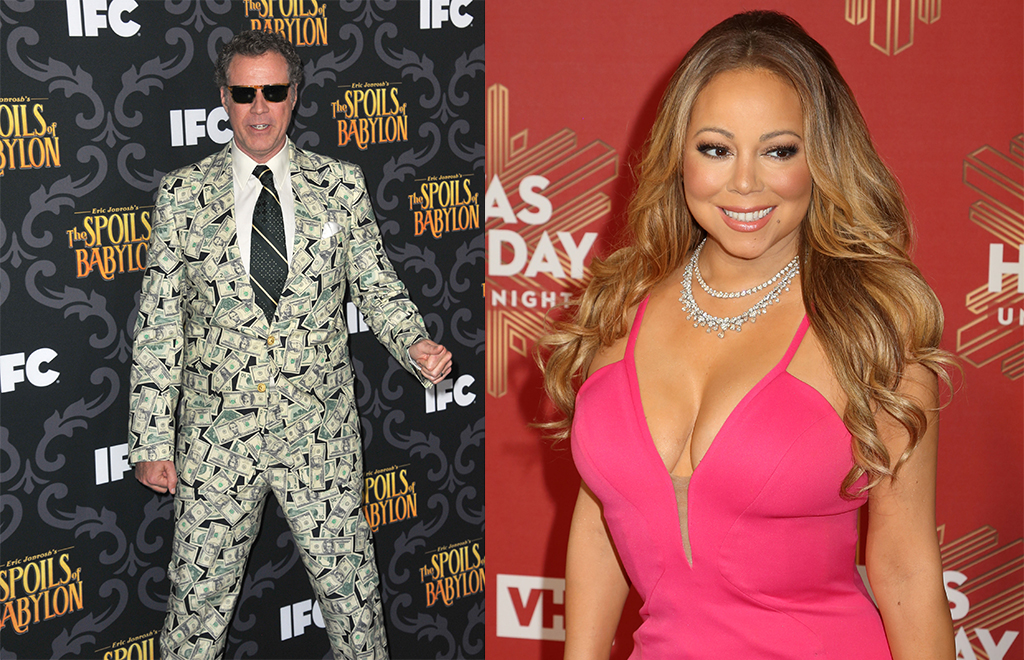 Everyone's favorite diva has many unlikely celeb friendships, but none more so than her close bond with Will Ferrell. The comedian attended the Mariah #1 to Infinity show in Las Vegas, where the two had hung out backstage. Mariah documented their special moment on Instagram writing: "Shake and bake !! Thank you for coming to my show last night !! #elf forever !!" We're thinking if Will had been with Mariah at Times Square on New Year's Eve she would have gotten her tea—and then some. 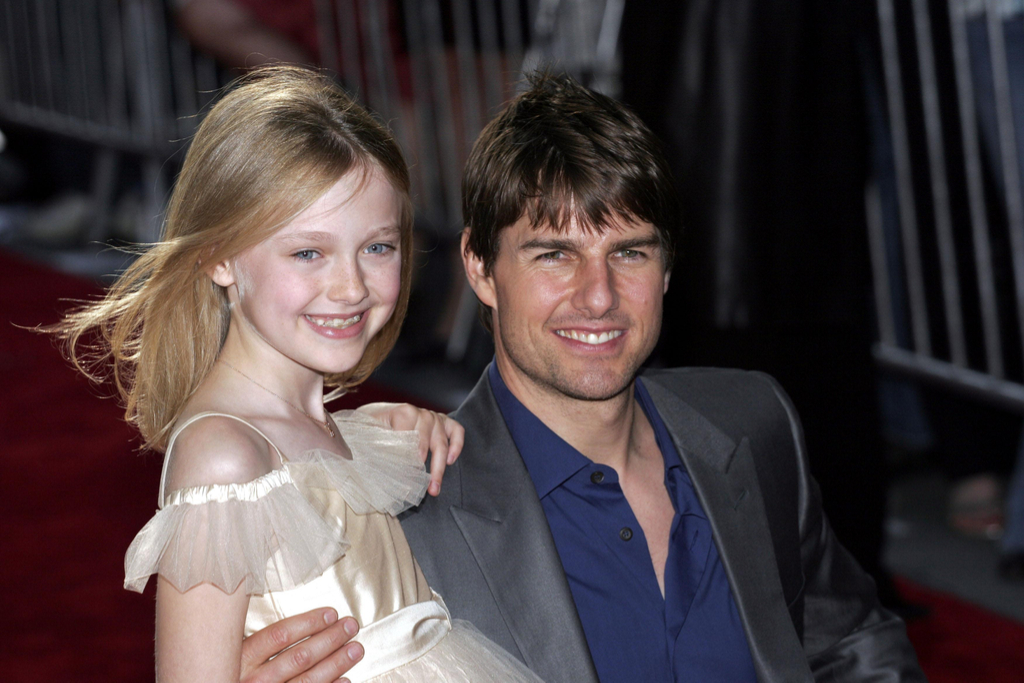 Cruise has sent his War of the World's co-star a birthday gift every year since she was 11 years old. Fanning spilled the tantalizing tidbit to Andy Cohen on his talk show and when he asked for further details about the gifts, she told him it's "mostly shoes." Well, at least she's never gotten an invitation to a weekend aboard the Scientology mothership. For more nonsensical celebrity shenanigans, check out the 10 Recent Times Celebrities Hooked Up with Non-Celebrities.