30 Celebrities Who Are Amazing Artists on the Side

Who wouldn't want an original Cyrus on their wall?

Most people are lucky if they even get to be really good at one thing. However, some lucky celebrities seem to have all been blessed with a never-ending supply of creative talents. And while the 30 stars we've listed here are largely known for their contributions to the stage and screen, their work in world of visual art is just as commendable. Just scroll on for proof! And if you're looking for celebs who double as great photographers, we've got you covered there, too. Just check out the 30 Most Hilarious Celebrity Instagram Photos. 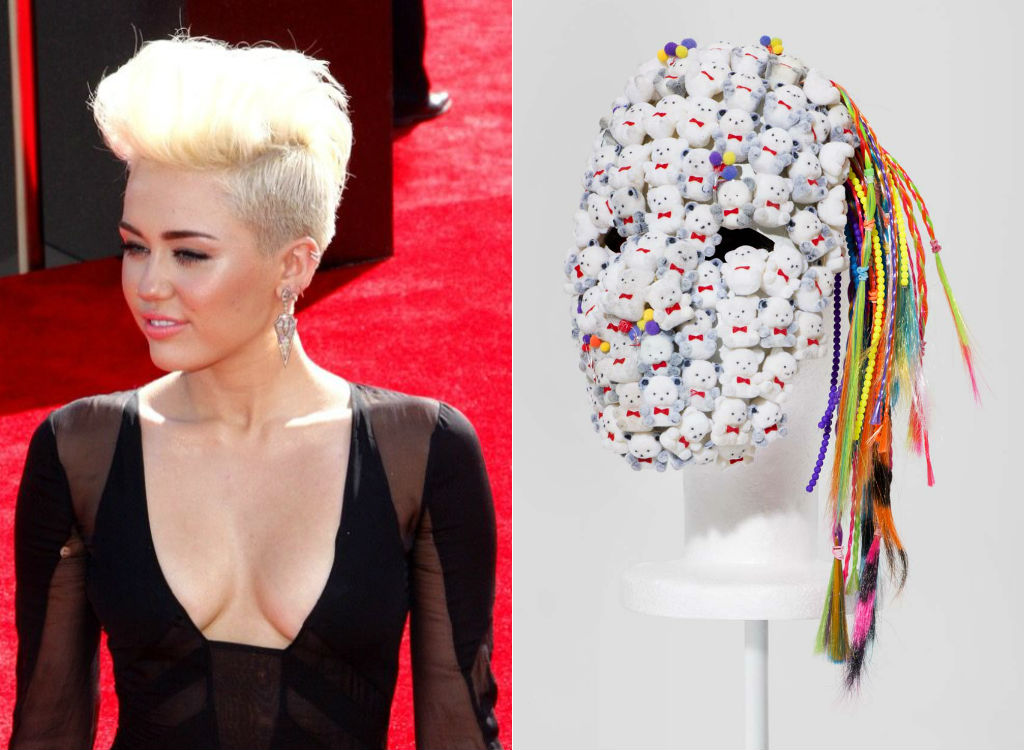 Miley Cyrus makes more than just pop hits. The singer/actress also creates collage and sculpture that has been described as "southern outsider art" and even earned her a spot at Art Basel in Miami and as part of designer Jeremy Scott's New York fashion week show in 2014. 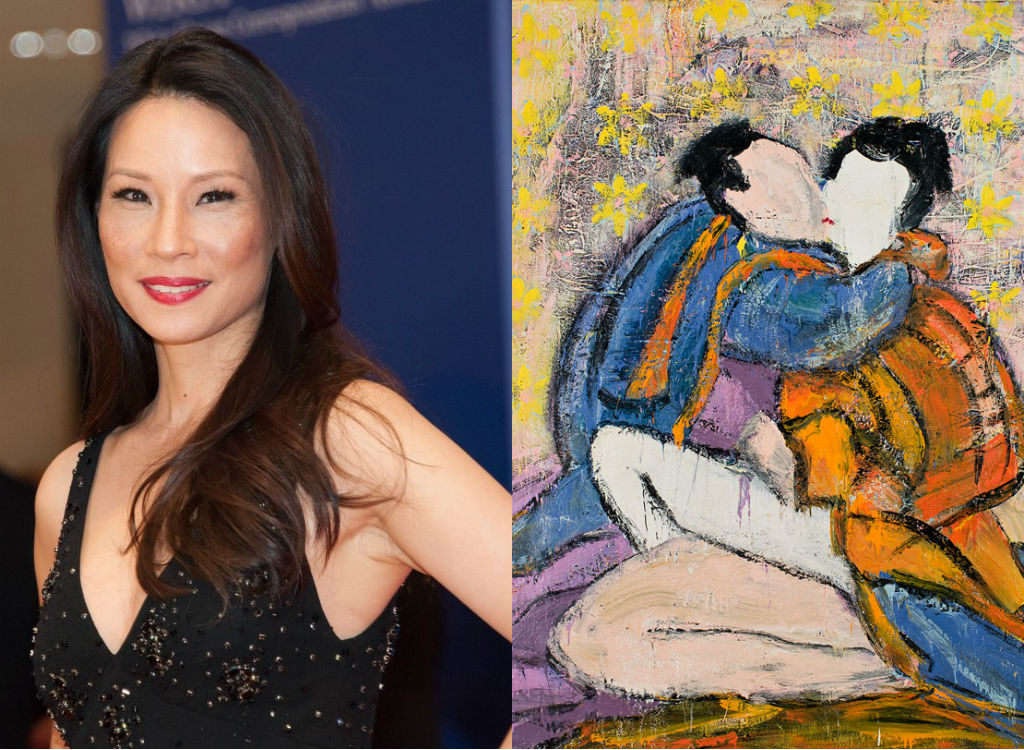 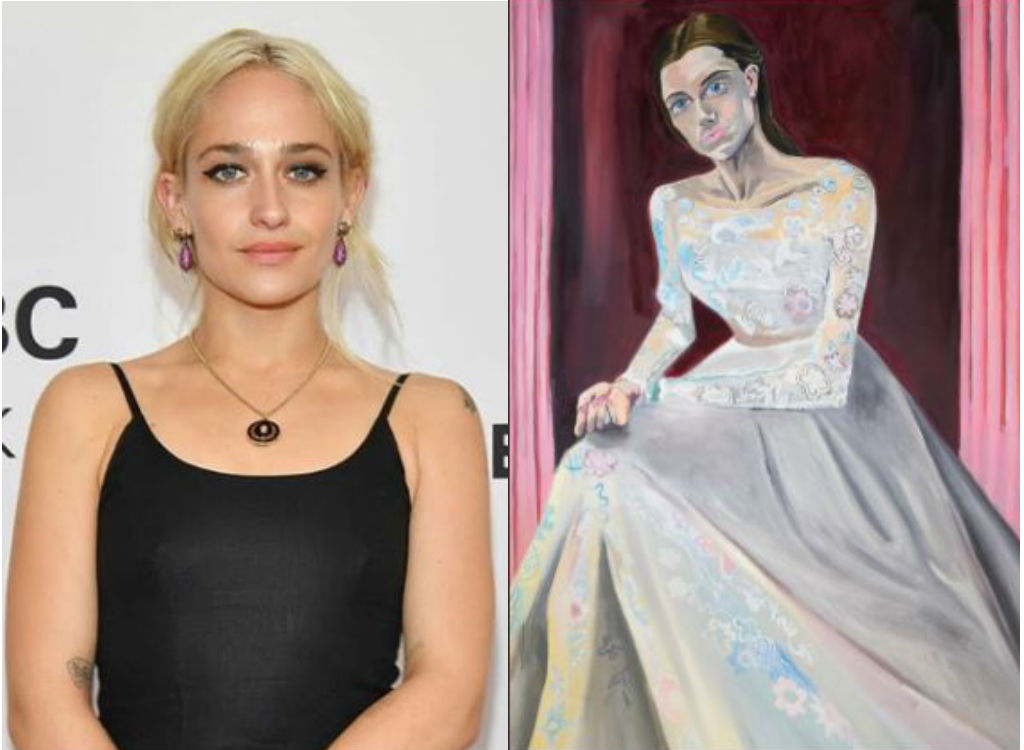 You probably know Jemima Kirke as Jessa on HBO's Girls, but before she began acting, she got a BFA in painting from the prestigious Rhode Island School of Design. In fact, she only got into acting because her friends needed people to work for free.

It's clear her fellow actors have served as a fount of inspiration for her paintings, as evidenced by this portrait (above, right) of her Girls co-star Allison Williams on her wedding day. And if you want to know more about the perks of being well-connected, check out these 20 Celebrities Who Were Born Wealthy. 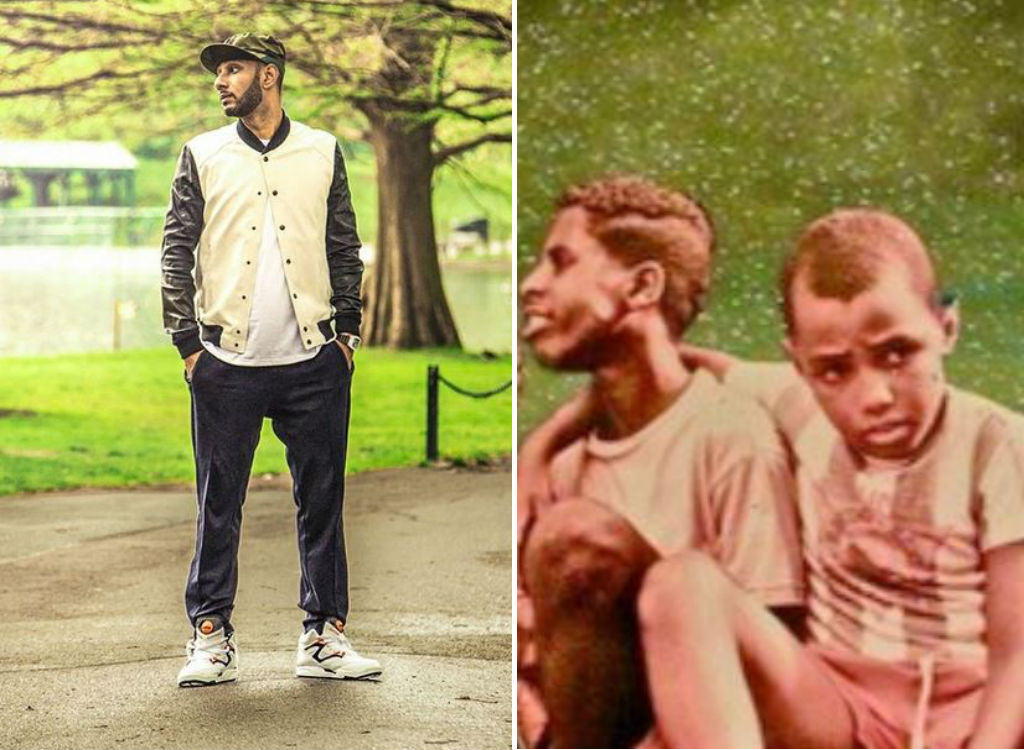 Swizz Beatz is a an avid art collector, but he sometimes creates art as well. However, his philanthropy is perhaps his best-known contribution to the world of visual art—Like Lucy Liu, he also donates the profits from his pieces to charity and has established grants for emerging artists to put on their own shows. 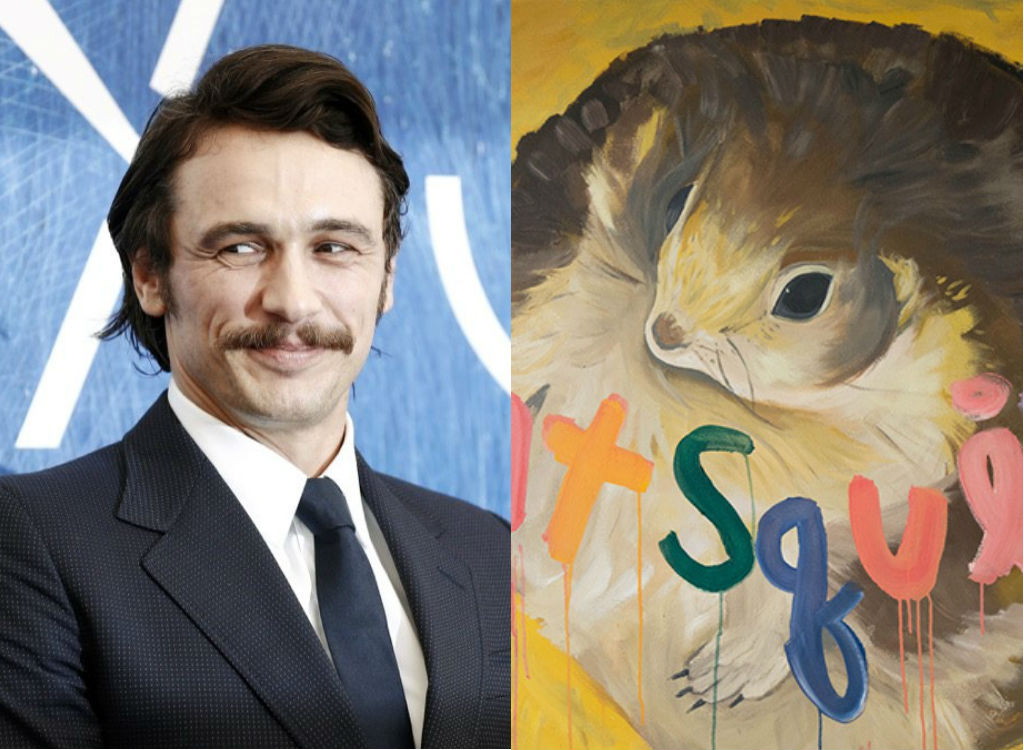 James Franco is a regular renaissance man: he's a director, writer, actor, poet, and, yes, also a painter. The Disaster Artist star's work has actually been shown in some of the world's most prestigious institutions, from Gagosian Gallery in Los Angeles to the Tate Modern in London. And if you want a good laugh at Franco's expense, check out the 30 Funniest Jokes from Celebrity Roasts. 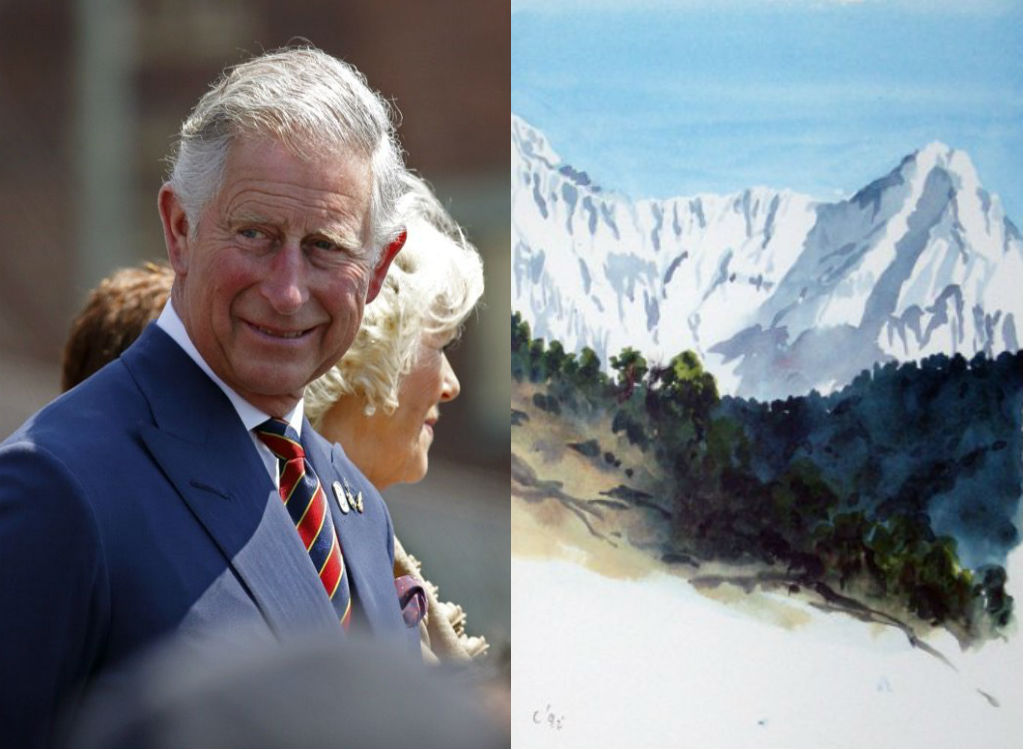 Prince Charles is actually a pretty successful watercolor painter, although how much of that success can be attributed to the fact that he's the Prince of England can't be determined. Whatever the case, it's clear that, royal or not, he does have quite the eye for landscapes. 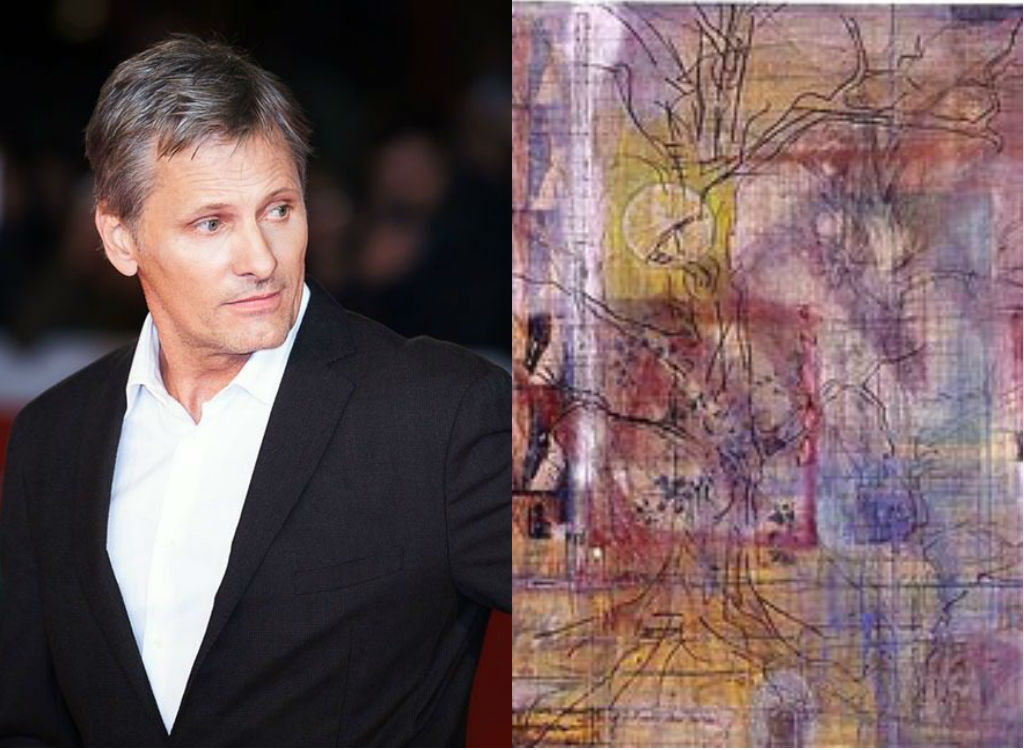 To many people, Viggo Mortensen is Aragorn from The Lord of the Rings, but he's also a very prolific poet, painter, and musician. In addition to his contributions to the visual art world, Mortensen has also published several books of his own work and started a publishing house to provide a home to works not suitable for traditional publishers. 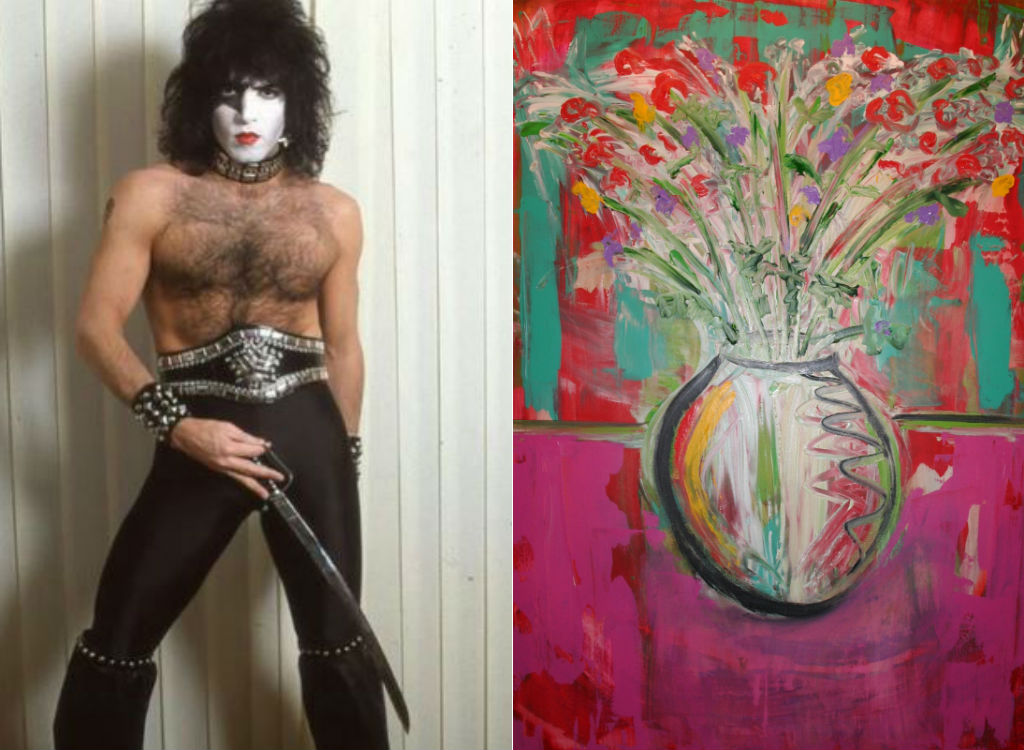 For most of his career Paul Stanley's painting was limited to the star on his face while he played rhythm guitar for the band KISS. But in 2006, he made his solo debut as an actual painter, displaying his collection of portraits, still lives, and abstract art to the world. And for more behind-the-scenes info on your favorite rockers, check out the 30 Most Hilarious Celebrity Riders. 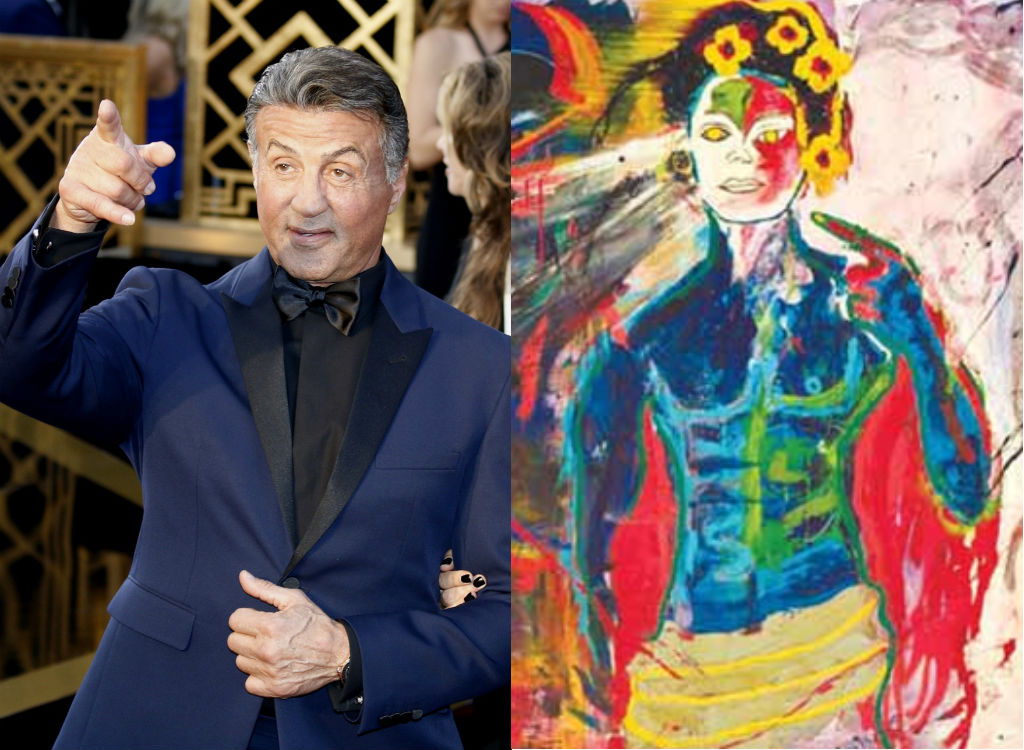 Sly Stallone plays tough guys onscreen, but he also has a soft side—or at least a side that likes to paint. The action hero creates his expressionist works in his garage, sometimes without clothes on. 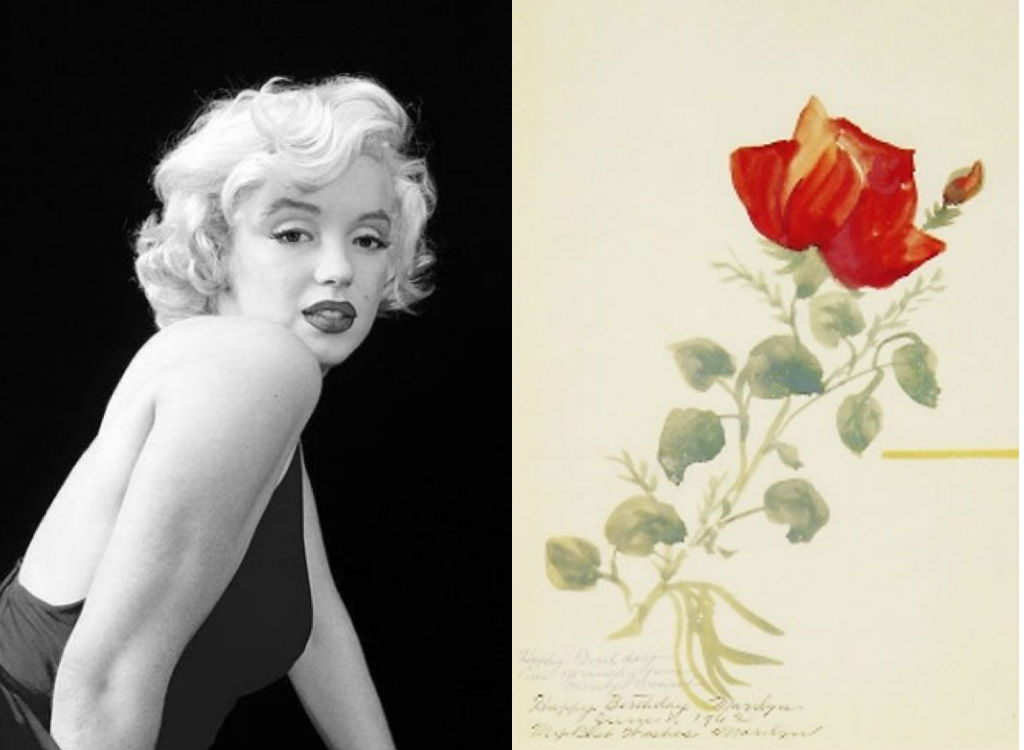 She could sing, dance, and act, but many fans of Marilyn Monroe don't realize the Hollywood icon could also paint. This is a watercolor of a rose she made for President Kennedy. 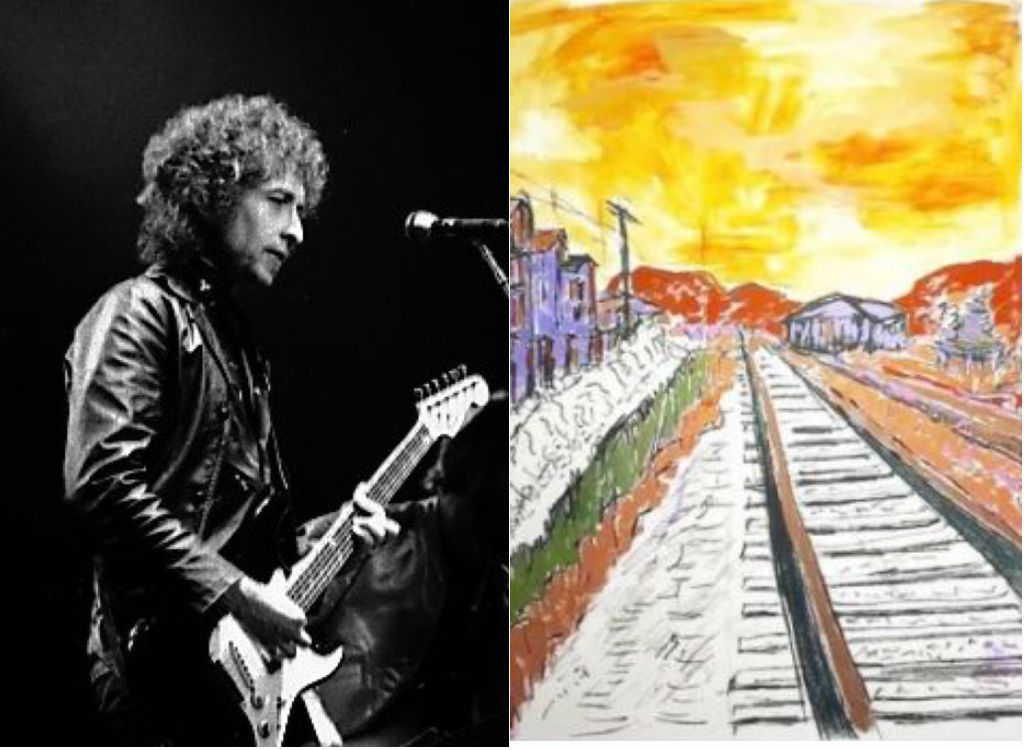 In addition to being a Nobel prize-winning songwriter, Bob Dylan is also a painter who has painted album covers for The Band as well for two of his own records. His work has been displayed in galleries and museums around the world. 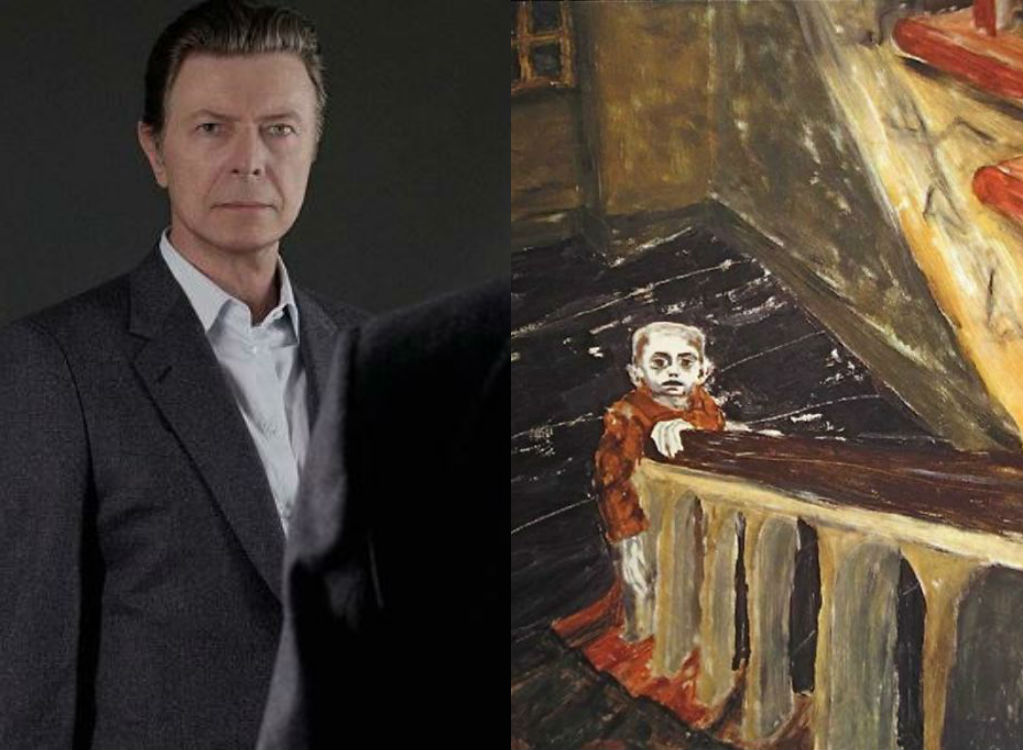 David Bowie's creativity seemingly knew no bounds. In addition to creating some of the most influential albums of the past century, Bowie was also a visual artist who worked in multiple mediums, including drawing and painting. 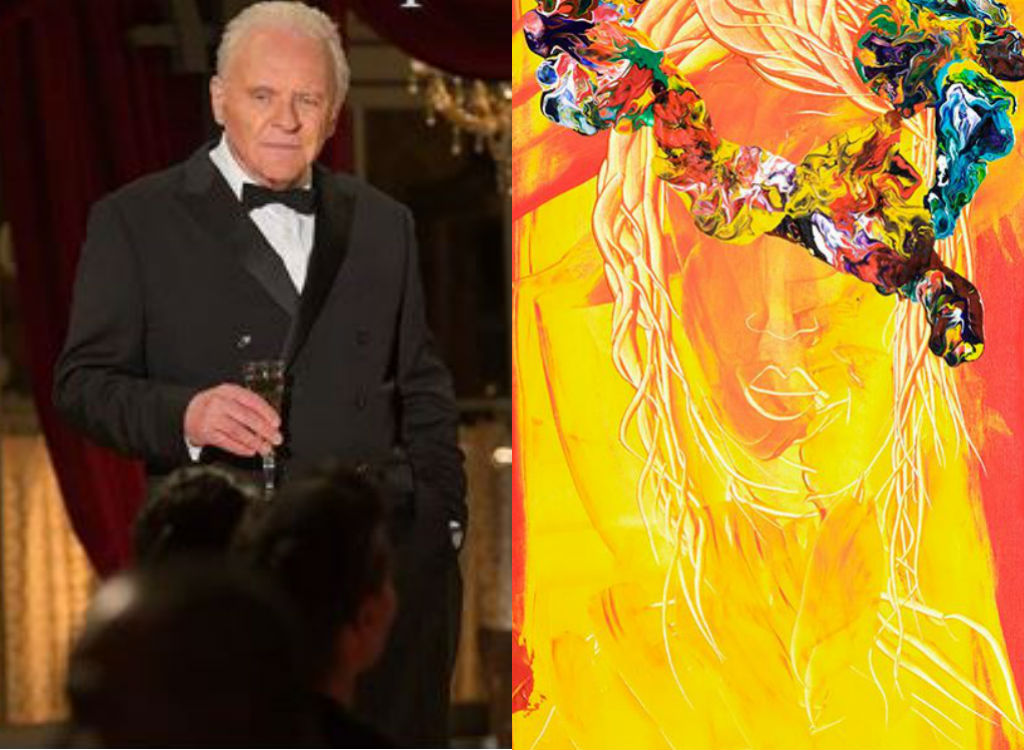 Sir Anthony Hopkins is regarded as one of the greatest living actors, but he also enjoys painting. In fact, he's so talented in his off-screen career that prices for his works can range from $4,000 to upwards of $80,000. 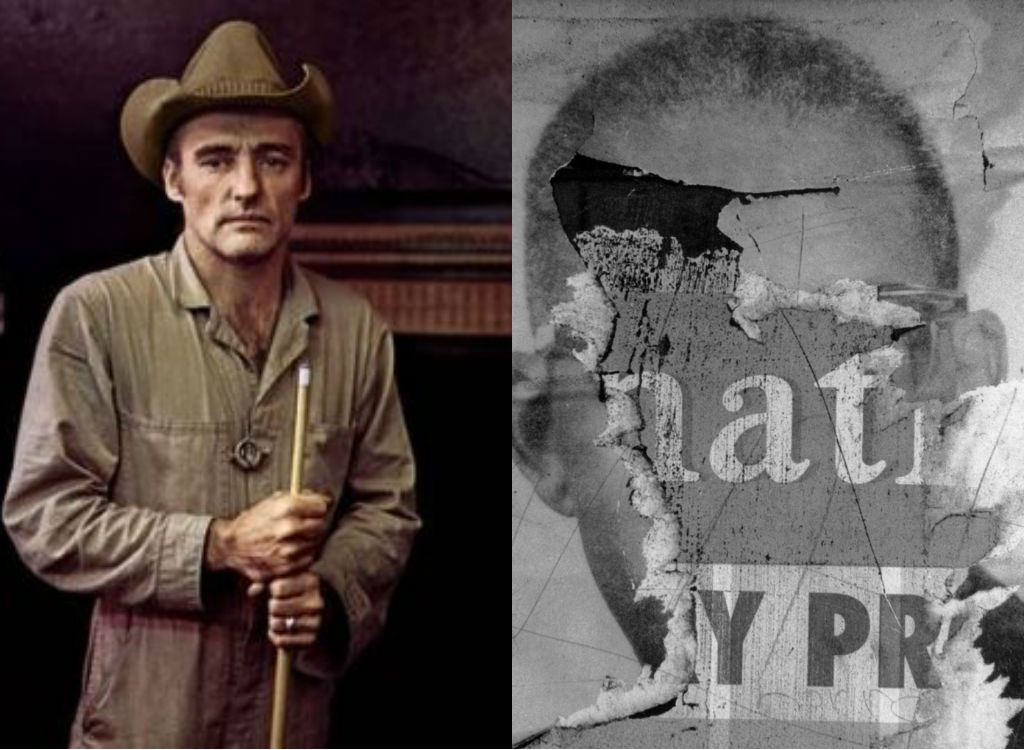 Dennis Hopper was always a prolific artist, both on-screen and off. Hopper, whose art has been displayed in galleries and museums around the world, was a prolific photographer, in addition to working as a painter and sculptor. 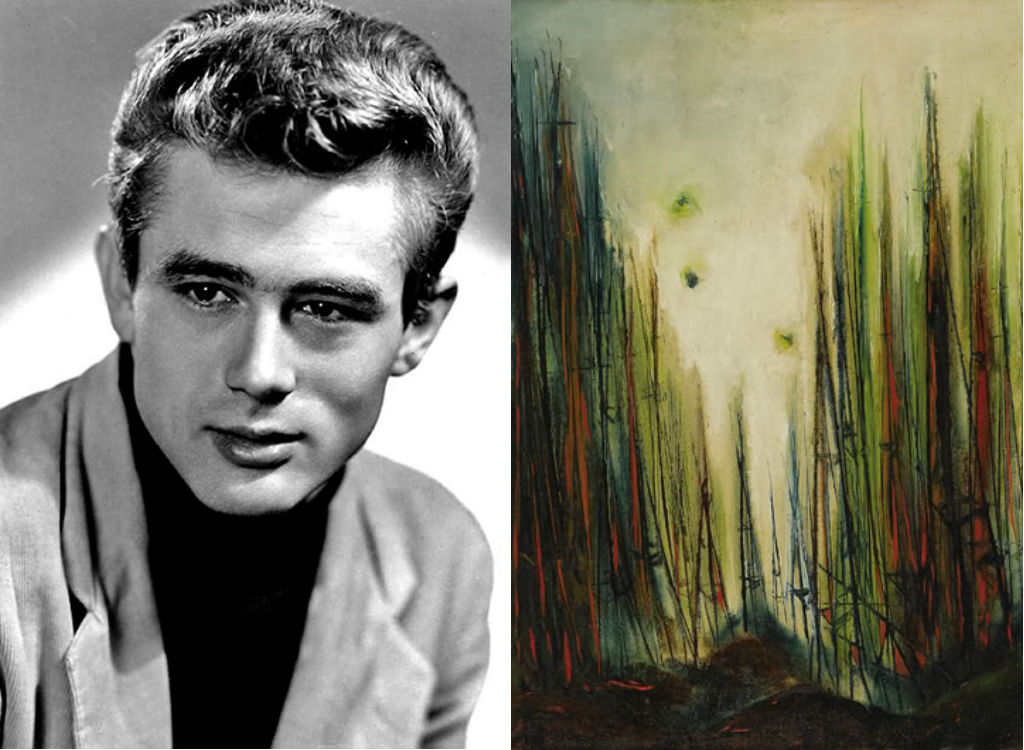 James Dean didn't have time to create a lot of paintings in his brief life. However, the art he made prior to his untimely death at 24 was surprisingly good. 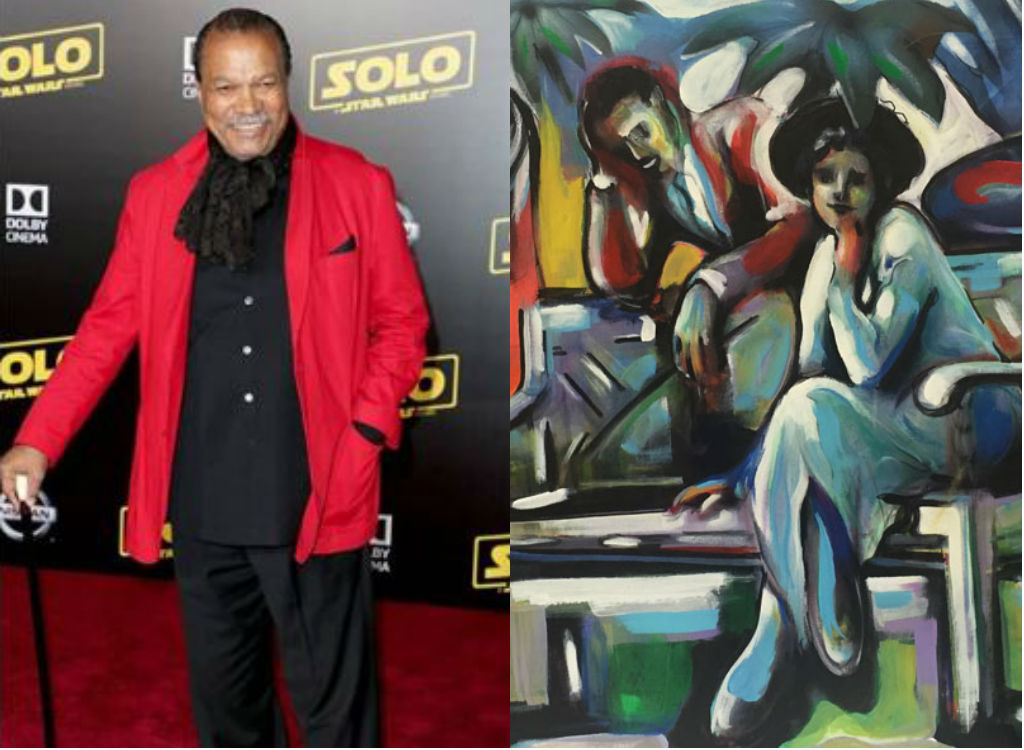 Billy Dee Williams attended the National Academy of Fine Art and Design before he began his acting career. However, despite his obvious talent, you'd have to be a really, really famous painter to have your art trump your role in Star Wars. 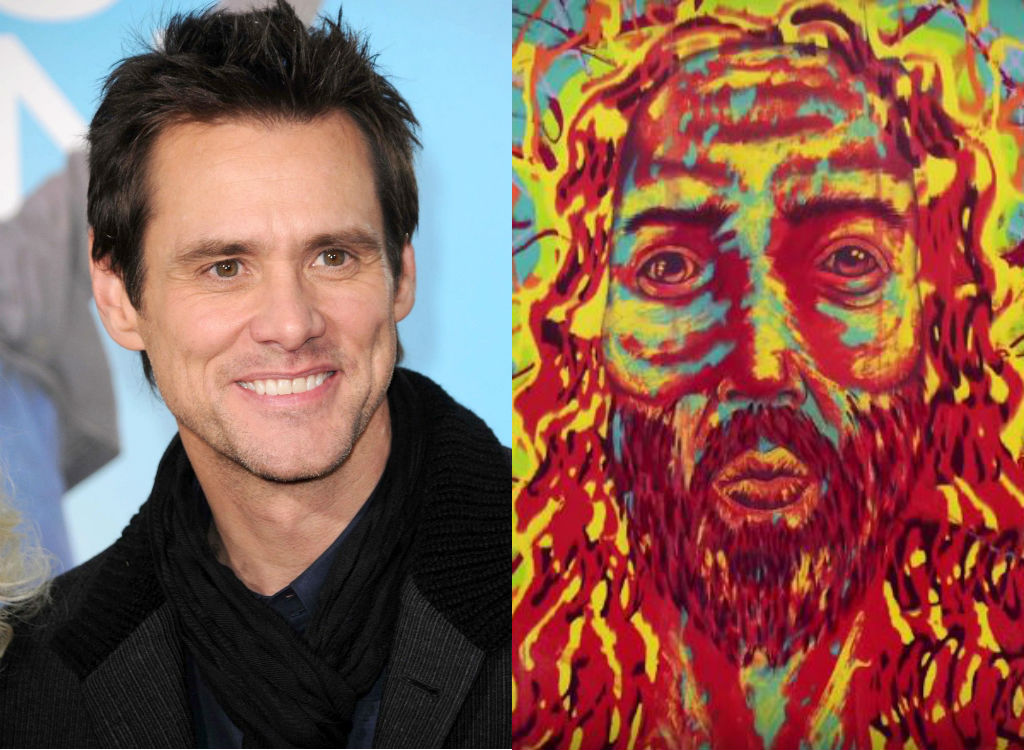 Jim Carrey is a passionate artist both on-screen and off. In fact, the actor/artist's love of painting was the subject of the 2017 short documentary I Needed Color. 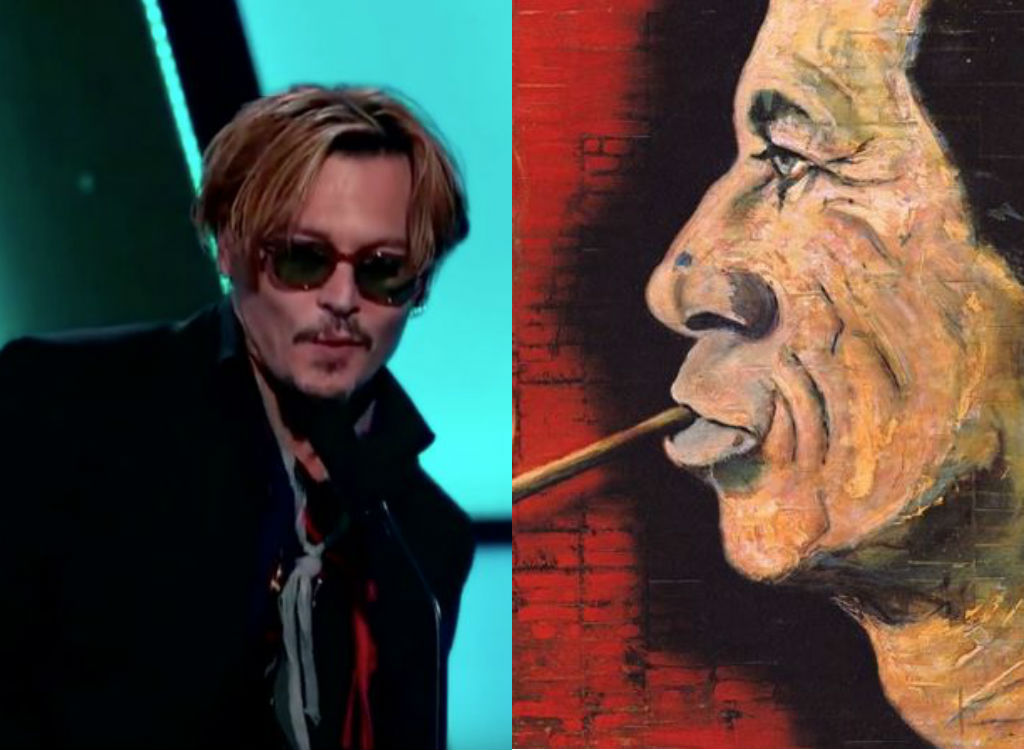 Music isn't the only artistic extracurricular Johnny Depp enjoys when he's not on set. The Pirates of the Caribbean star also prefers to work in the challenging medium of oil paints when he's not making movies. 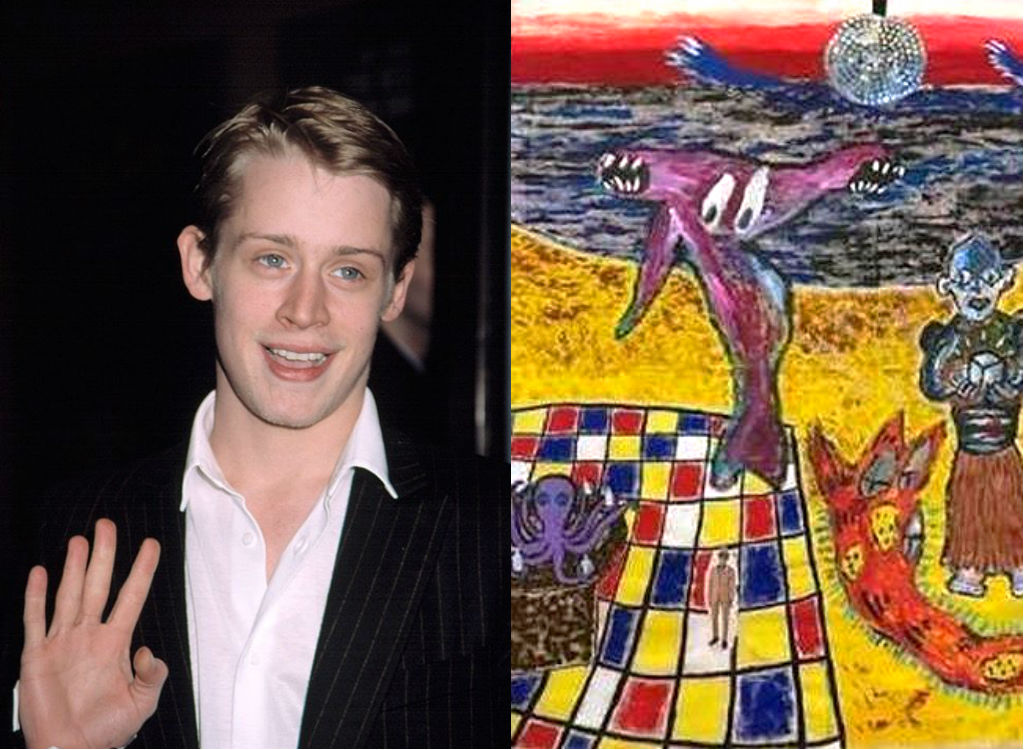 Now that he's rarely seen in movie roles, Macaulay Culkin spends a lot of time making art. In fact, the former Home Alone star created his own artist collective, 3MB, and has been working on weird projects for years. 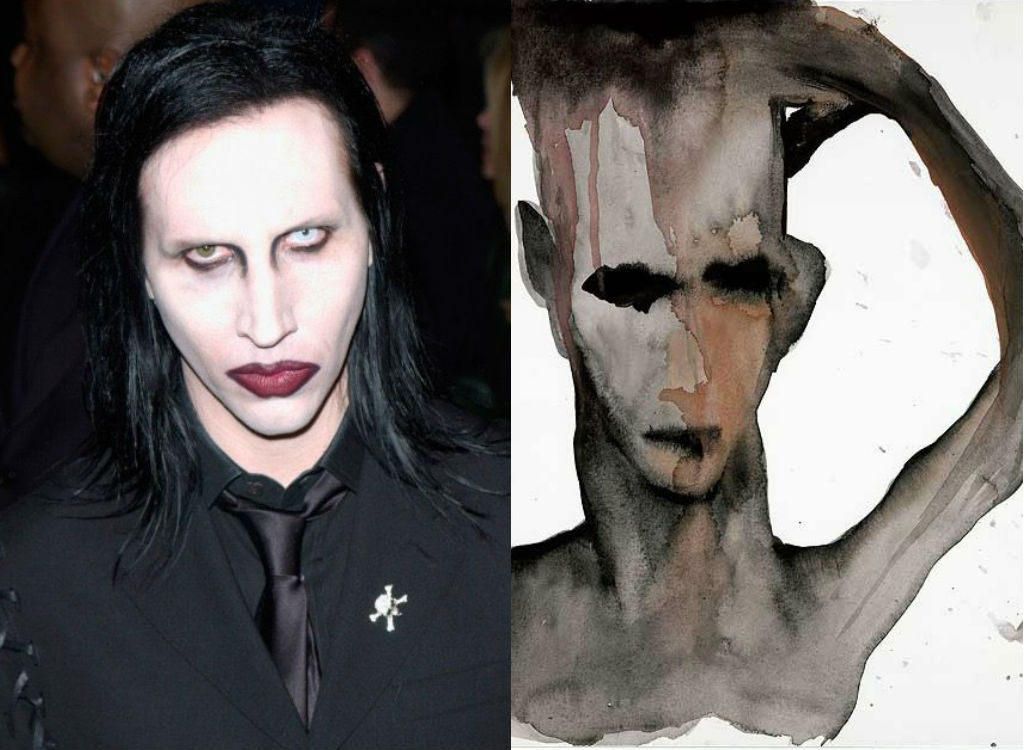 Marilyn Manson started painting for fun, but he now sells his work. It seems there's a pretty avid market for the Prince of Darkness' paintings, too: the most expensive among them fetched $105,000.ae0fcc31ae342fd3a1346ebb1f342fcb 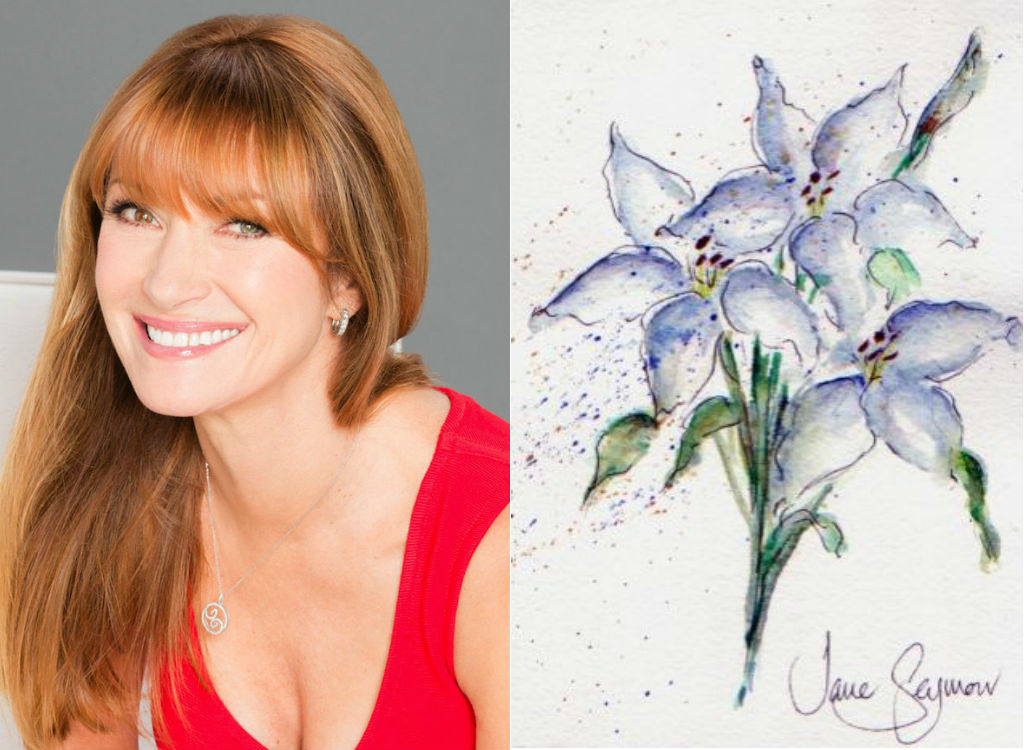 Jane Seymour is an avid painter. In fact, she even sells beginning painter's kits that come with an instructional DVD. 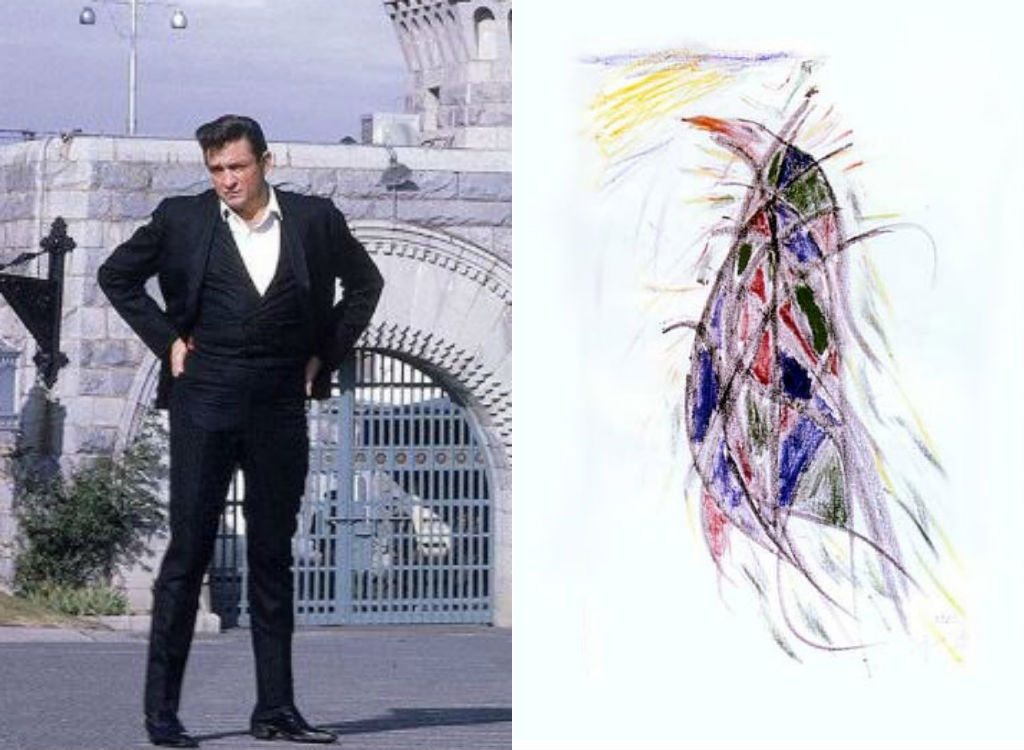 Johnny Cash was too busy with touring and recording to have much time for visual art. However, the sketches and paintings the Man in Black did make were in very high demand. 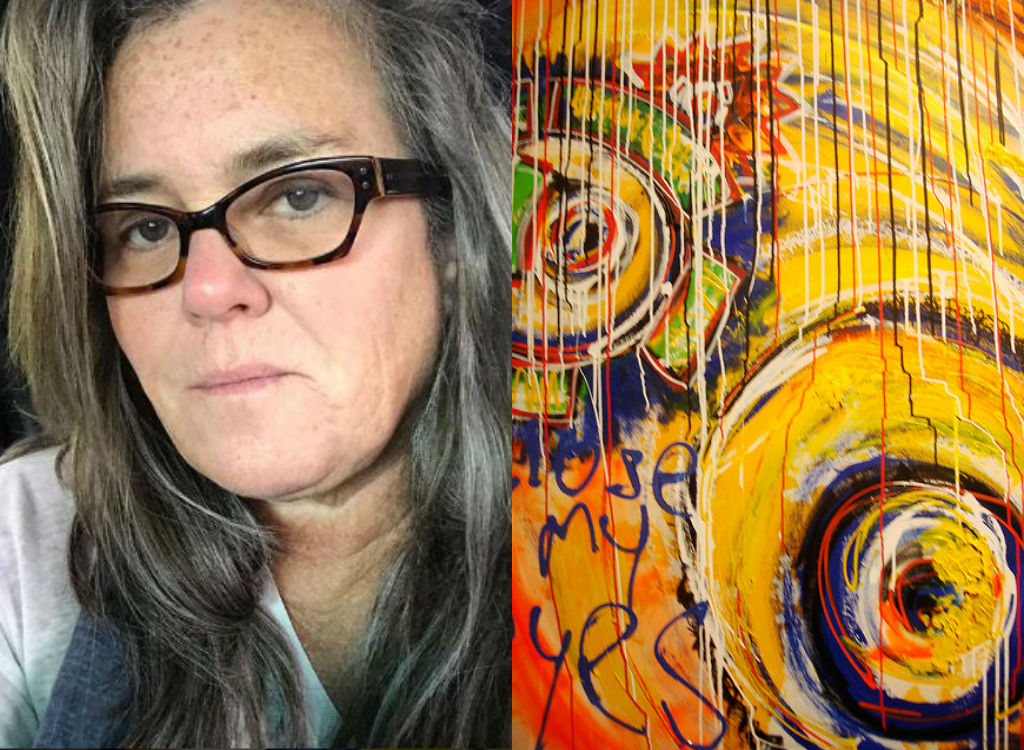 You might not have known that Rosie O'Donnell makes actual paintings. As a visual artist, she's mostly known for creating disparaging portraits of Donald Trump on her phone and selling them on Etsy. 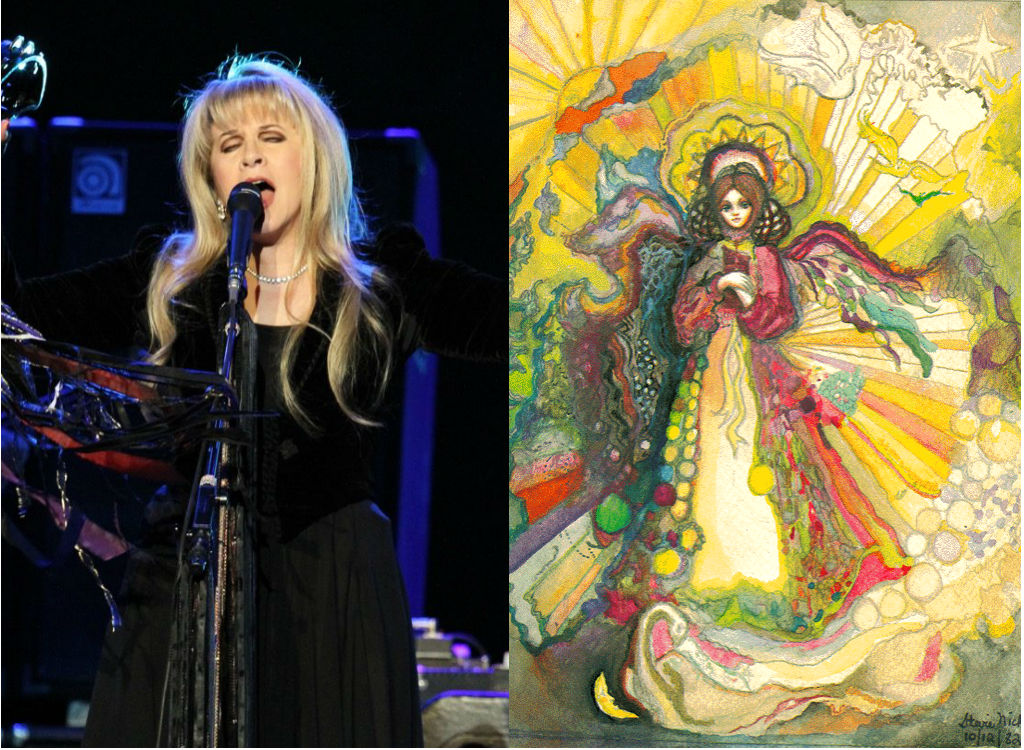 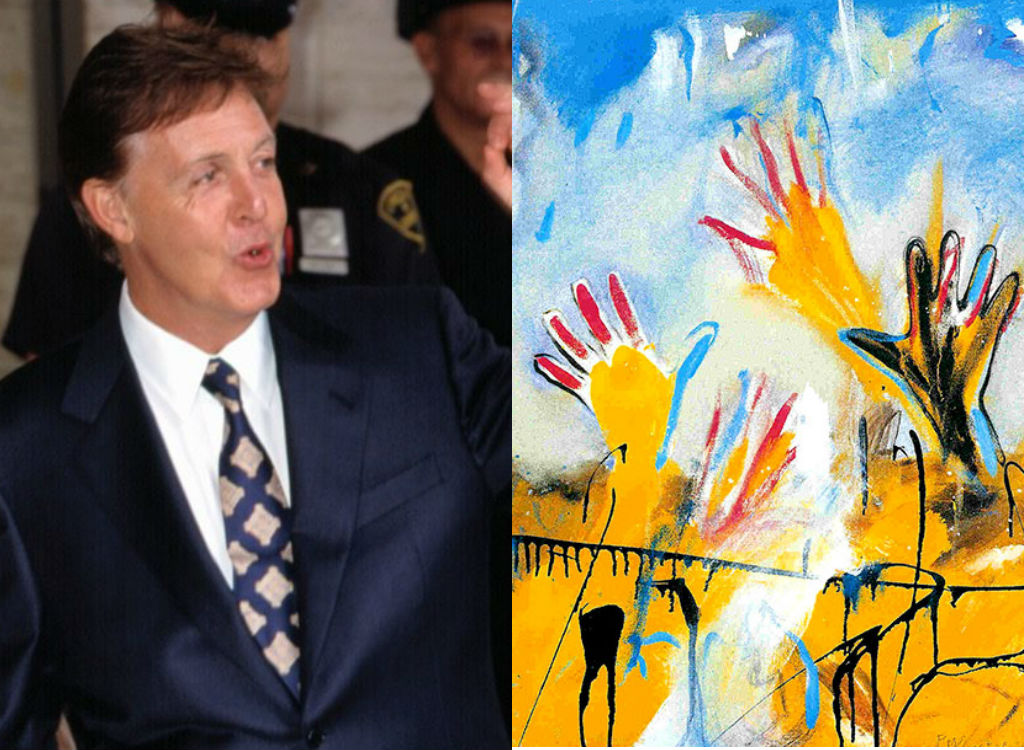 Not content with being regarded as one of the greatest songwriters of all time, Paul McCartney also enjoys painting. 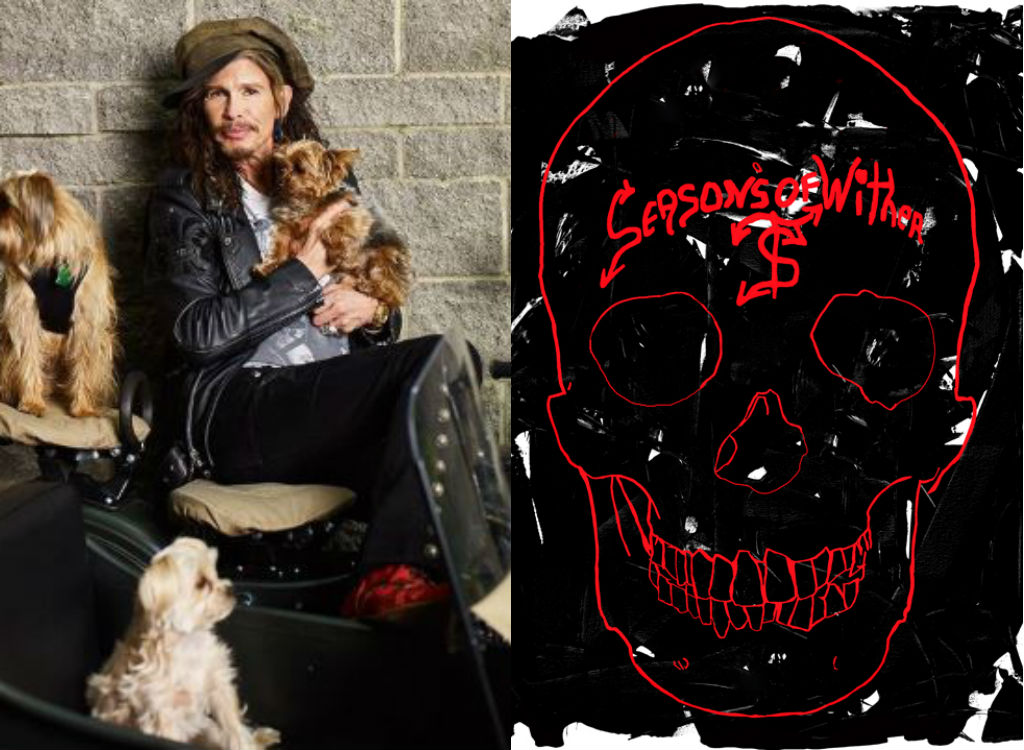 In addition to being the frontman for Aerosmith, Steven Tyler also dabbles in painting, creating works that have a serious rock & roll vibe. 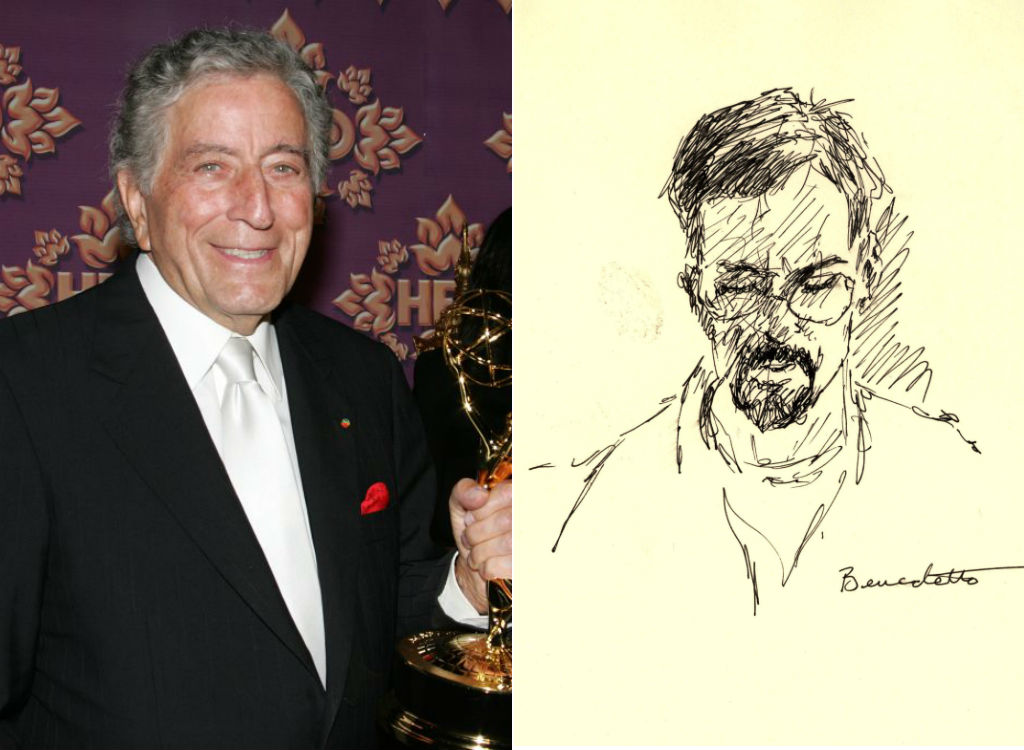 There's a classic line in Basquiat about Tony Bennett being a painter—and, apparently, it wasn't a joke. In addition to more formal works, Bennett has been known to do quick sketches of people who ask for his autograph, like the one pictured here. 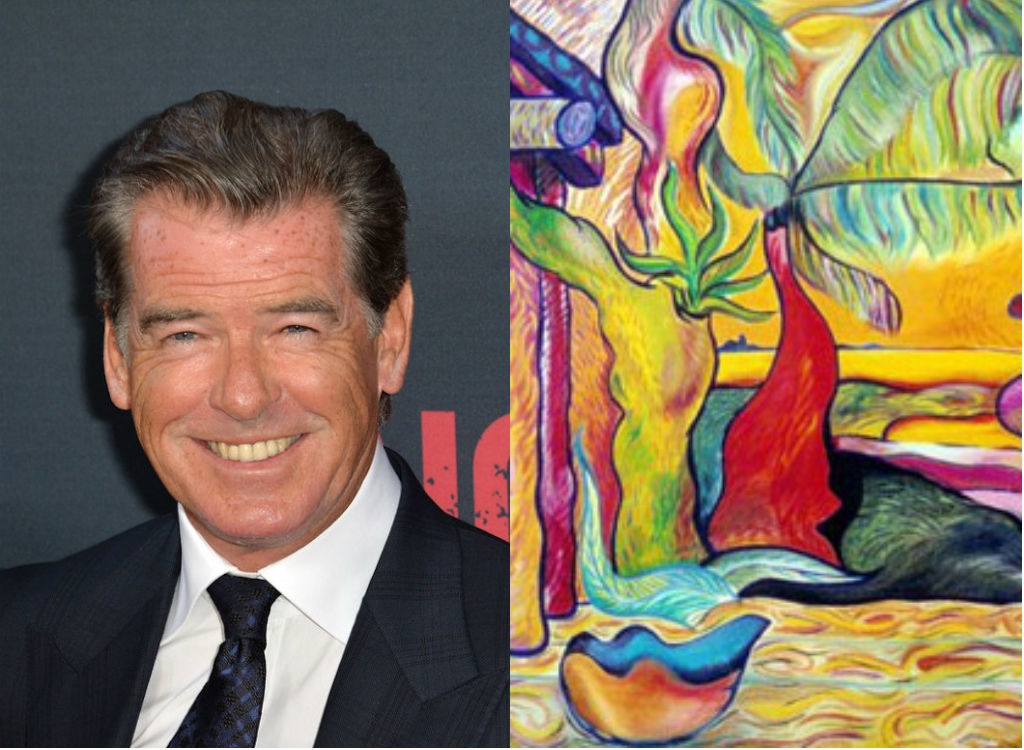 Pierce Brosnan is a trained commercial artist, in addition to being a retired James Bond. He sometimes donates reproductions of his work for charity. 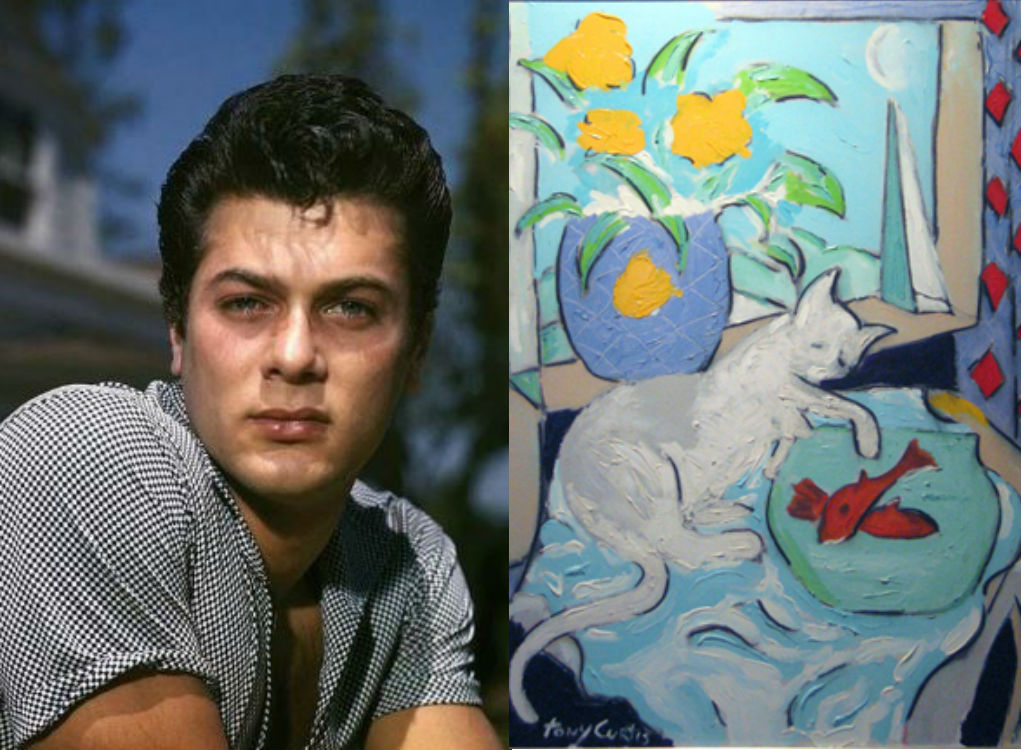 Tony Curtis is known as an actor, but he also explored his passion for painting throughout his life. In fact, his work as a visual artist is so remarkable that one of his pieces is in the permanent collection at the Museum of Modern Art in New York City. 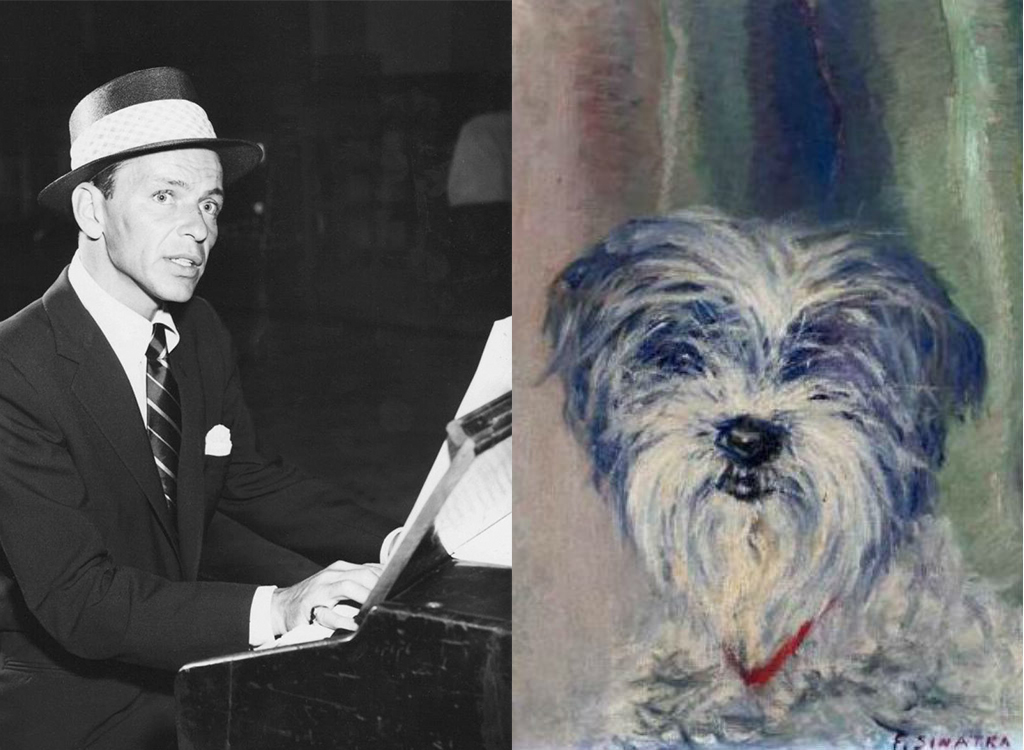 Frank Sinatra enjoyed painting with oils, although he was very private about his artwork. Legend has it Ol' Blue Eyes got started painting pictures of clowns and branched out from there. And for more surprises from your favorite celebs, check out the 20 Craziest Celebrity Rumors of All Time.