The perks of fame extend beyond having loads of money and the adoration of millions. You also get to travel in extreme comfort, and that doesn't only mean first class tickets or private flights. You can also make sure you have all your favorite things waiting at your destination via a rider, a list of demands that a venue must meet to secure an artist's performance.

Most people keep their riders fairly simple—some water, a room where they can change, or some food for themselves and their crew. But there are others who take full advantage of having people contractually obligated to give them whatever they want. And the things they want can be strange, to say the least. From sterilized doorknobs to new toilet seats, some celebs know exactly what they want and aren't afraid to ask for it, no matter how ridiculous. Of course, their riders aren't the only eccentricities that separate celebrities from us commoners: just check out 50 Crazy Celebrity Facts You Won't Believe Are True. 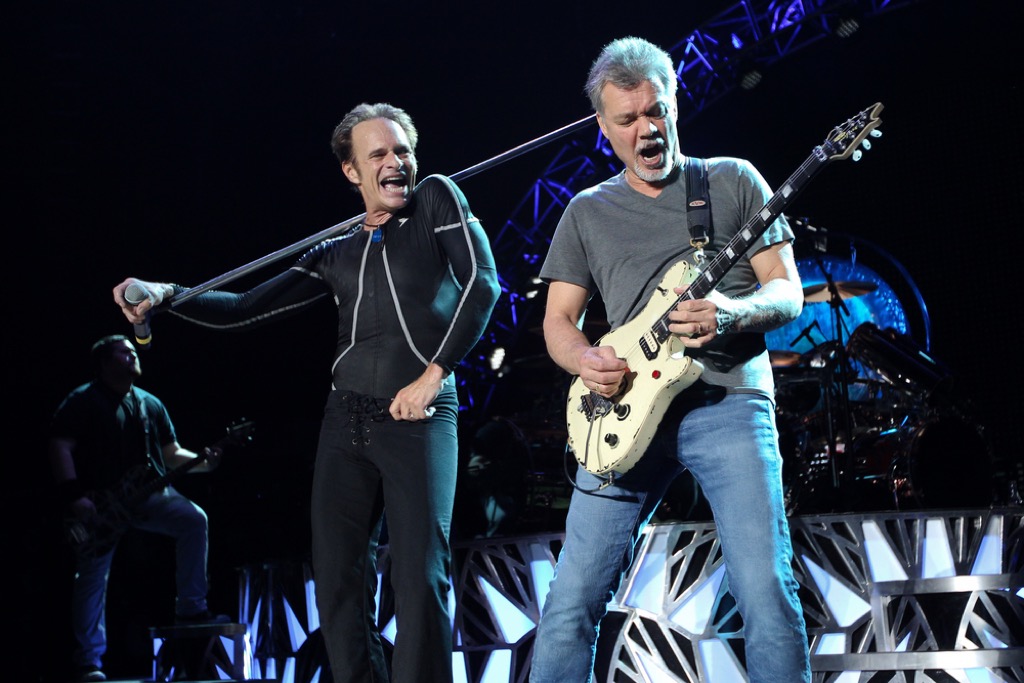 The rider for Van Halen's 1982 tour is perhaps the most legendary of wacky celebrity riders. It's not the herring in sour cream that earned the rider its renown, however. That honorific goes to a request for a bowl of M&Ms with all of the brown candies removed. Although it might seem a touch excessive to demand that some unfortunate intern pick through a bunch of candy (not to mention who wants to eat candy that's been manhandled by a stranger), the band asserts that the provision was included to make sure their rider had actually been read in its entirety. It worked, but for more down-to-earth strategies for getting what you want, discover How to Negotiate Anything and Win. 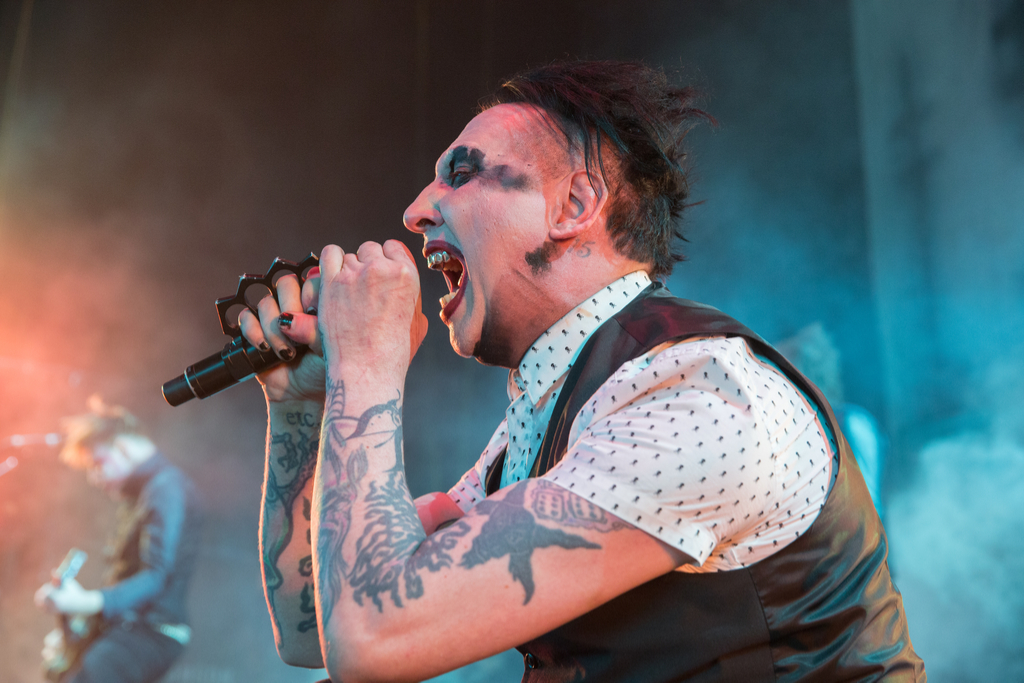 You might think that someone like Marilyn Manson would be requesting things like chicken bones or black candles backstage, but his rider is surprisingly wholesome, if somewhat disgusting. Items he needs to make it through the day include gummy bears, Doritos, 2 percent milk, Manwich, and microwave popcorn. It's a list that lends credence to one of the 20 Craziest Celebrity Rumors of All Time —the theory that he's secretly Paul from The Wonder Years all grown up. 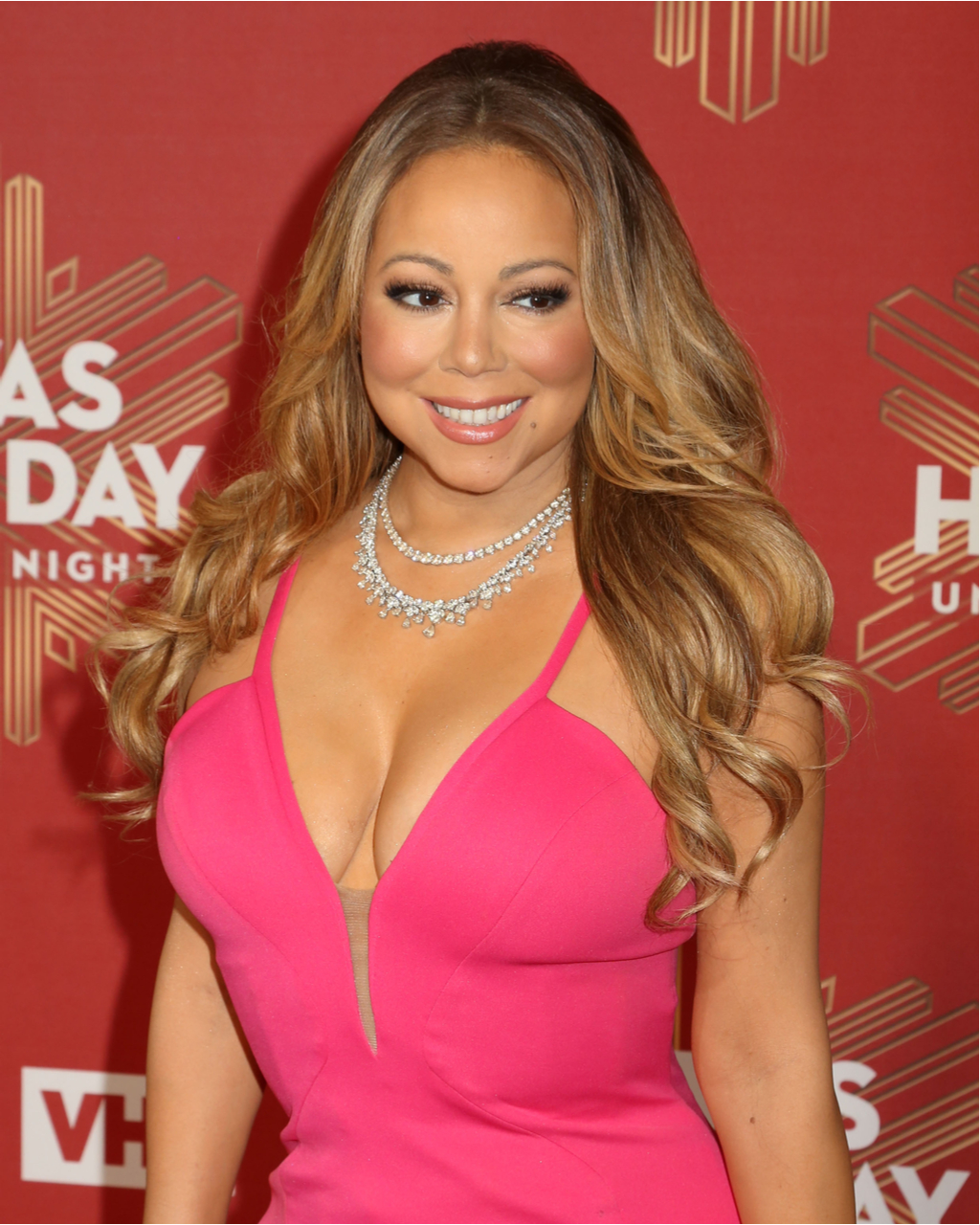 It should come as no surprise that a diva like Mariah Carey has a rider with some very particular demands, which include, among many others, 16-ounce bottles of Evian water only, unless the water is for tea, in which case the water must be Poland Spring, and Cristal champagne with bendy straws to drink it with. 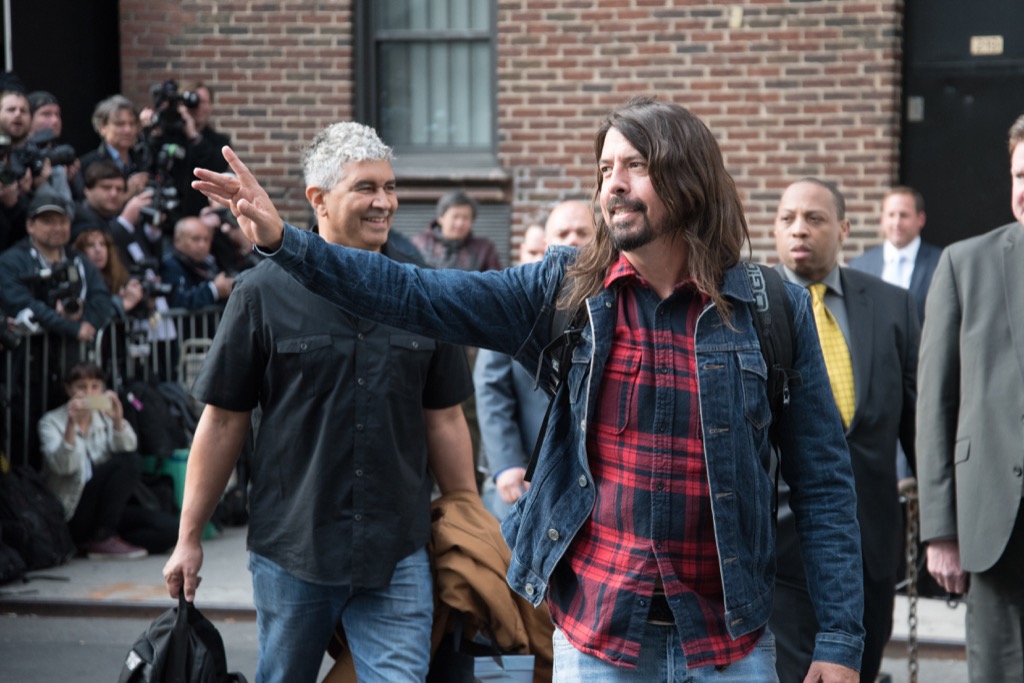 If their music videos are any indication, the Foo Fighters aren't afraid to joke around, and the band's riders are known for being a bit on the ridiculous side. The rider for their 2011 tour includes provisions such as a "visual enhancement" section and a ban on wallet chains and tridents. And for more silly facts, check out these 40 Amazing Animal Facts. 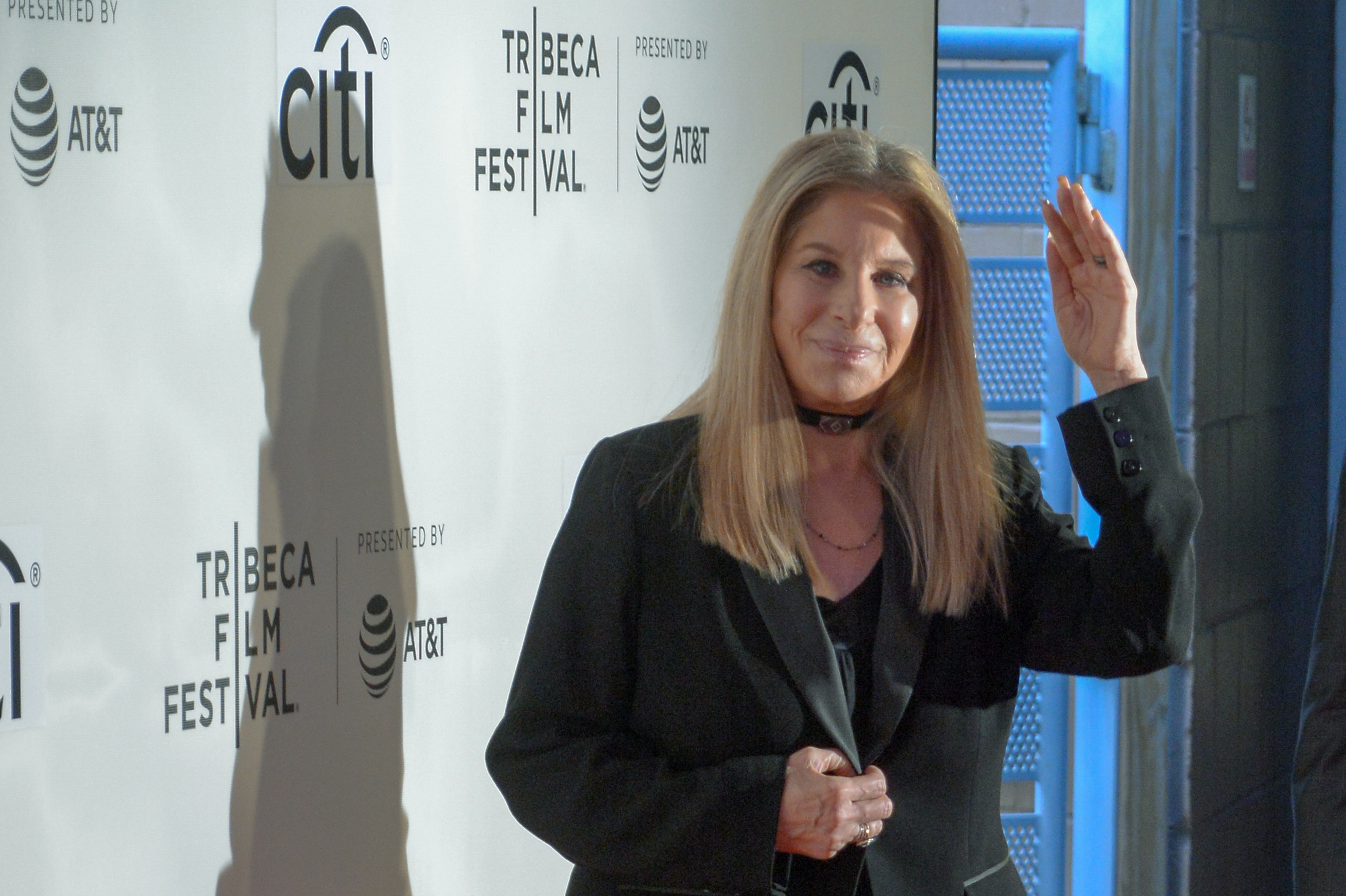 Babs is one of the original divas, and she's had plenty of time to refine the art of being high maintenance. In addition to requesting a sweep of the space by a police dog before her arrival, she asks that members of staff or crew dress nicely and do not wear t-shirts in her presence. And for more on Babs, know that she cloned her dog—twice—which is definitely one of the 20 Crazy Things Celebs Have Already Done in 2018. 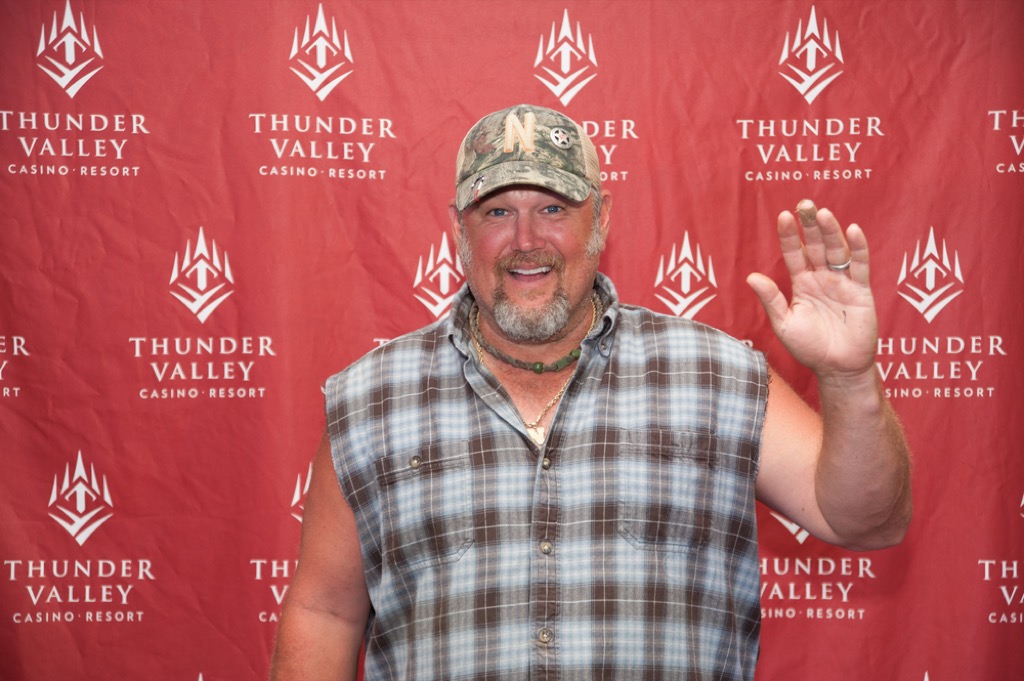 It seems Larry the Cable Guy never gives up the down-home act, even backstage. His rider requests 50 "Hooters-style" wings and 4 cans of berry-flavored chewing tobacco. Sounds like he might want to look into 10 Painless Ways to Upgrade Your Diet. 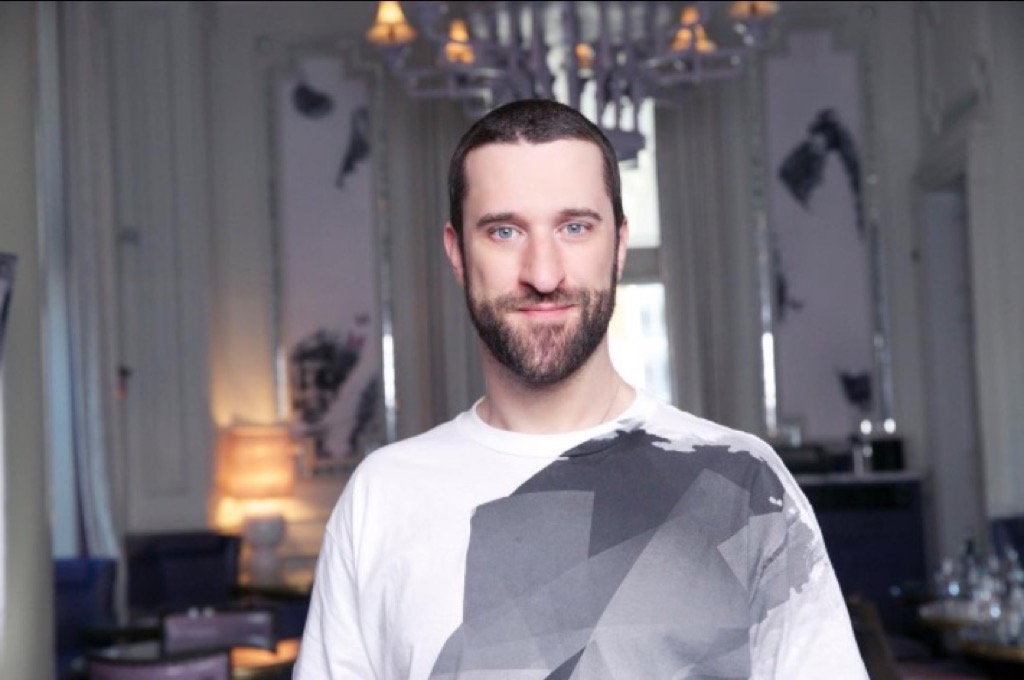 You probably know Dustin Diamond as Screech from Saved by the Bell, but he would prefer that you didn't. His rider explicitly bans promoters from using materials that refer to him as Screech, with the added threat of a $100 fine for every offending piece of promotional material, including ads, flyers, and marquees. He also needs two pints of chocolate milk and somebody to greet him at the airport with a sign that says "DIAMOND." And for more celeb hilarity, check out the 30 Worst Madame Tussauds Celebrity Wax Figures Ever. 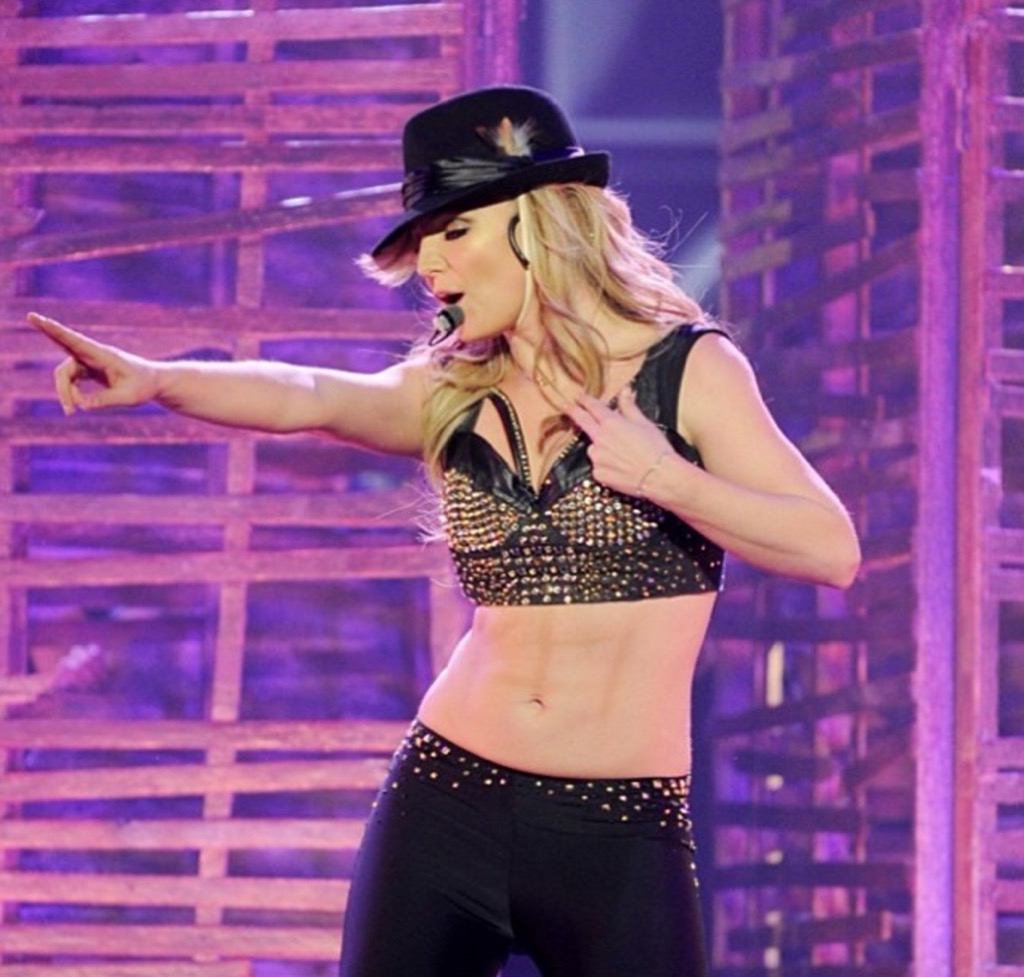 If you've ever wondered what Marilyn Manson and Britney Spears have in common, it's Doritos. While Spears does seem to have a predilection for junk food, she also requests fresh fruit and veggies, as well as tuna salad. But her strangest request was a framed portrait of Princess Di for her dressing room when she was performing in London, along with fish and chips, presumably to get into a British state of mind.

Madonna has a list of demands that are about as extreme as you would expect: a setup that mirrors her room at home (she ships her furniture), accommodations for her 200-person entourage, and flowers with the stems trimmed to exactly six inches. Of particular note, however, is her request for a brand new toilet seat at every venue. You'd think that's a peccadillo only Madge would have, but Mary J. Blige makes the same request. 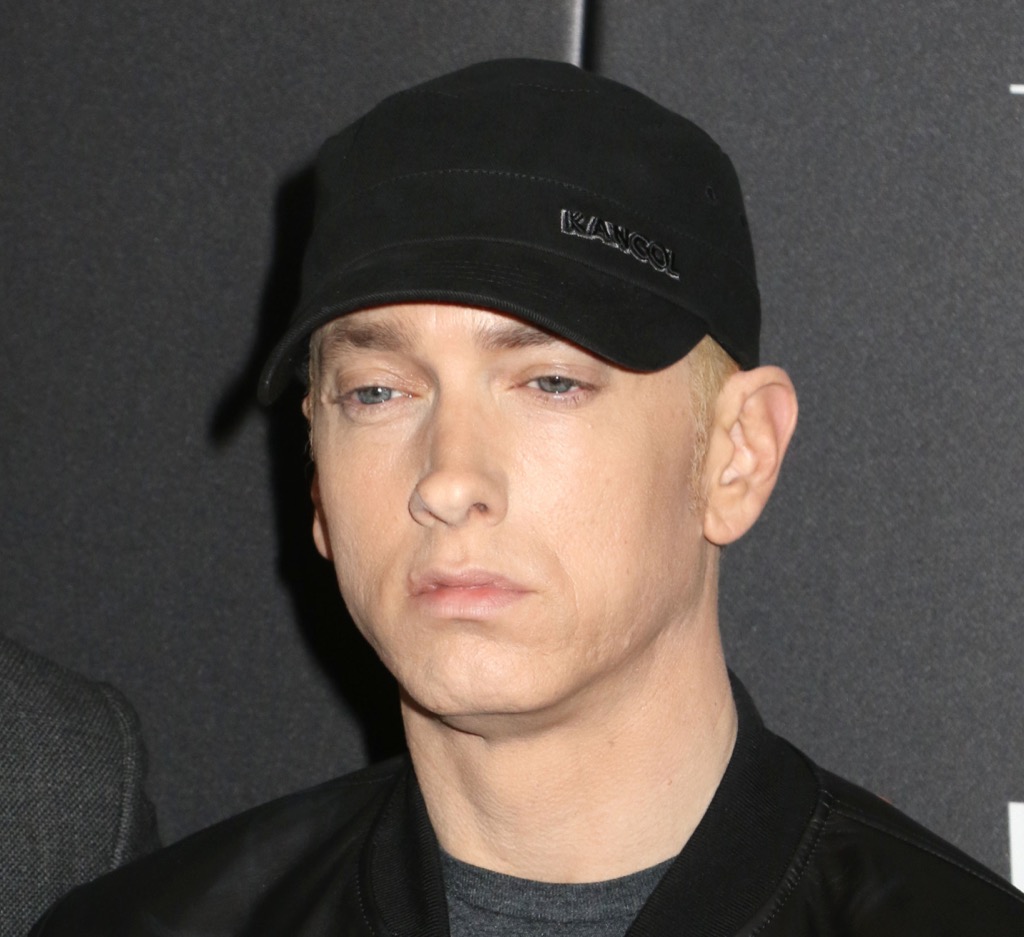 Take a moment to imagine what Eminem would request in his celebrity rider. Now throw it all in the trash, because he's actually a pretty clean living fellow these days. His requests include healthy foods like Light N' Fit yogurt and 25 pound dumbbells. But he also needs a koi pond to look at. And for more on Eminem, check out the 10 Celebs Who Are On Tinder. 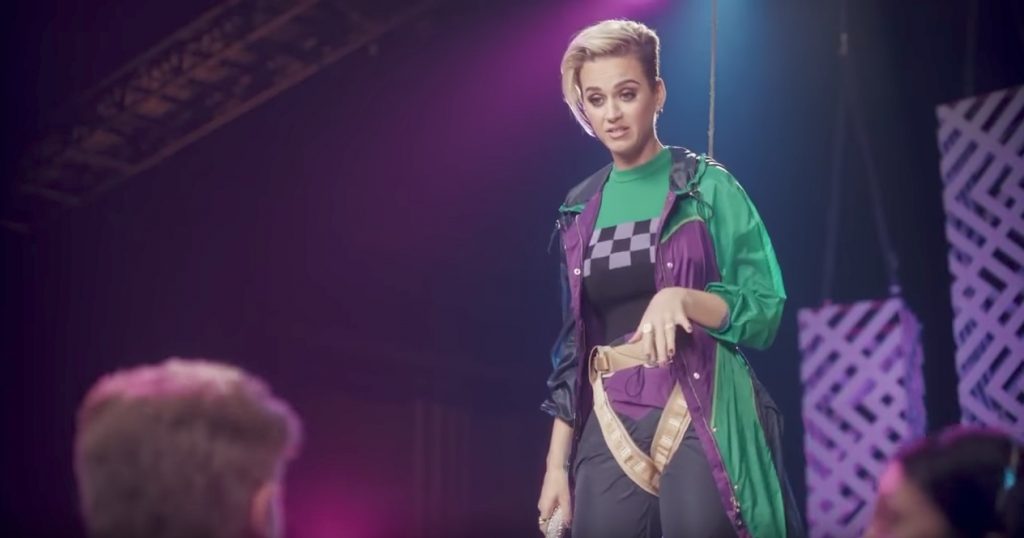 Katy Perry knows what she wants, and she wants a lot. Rather than bottles of water, she would like water dispensers and SIGG water bottles for tour personnel. She also needs a "perspex modern style" coffee table, and white flowers, including orchids, but "ABSOLUTELY NO CARNATIONS." She also has a very specific code of conduct for drivers, which includes not talking to or even looking at the singer. 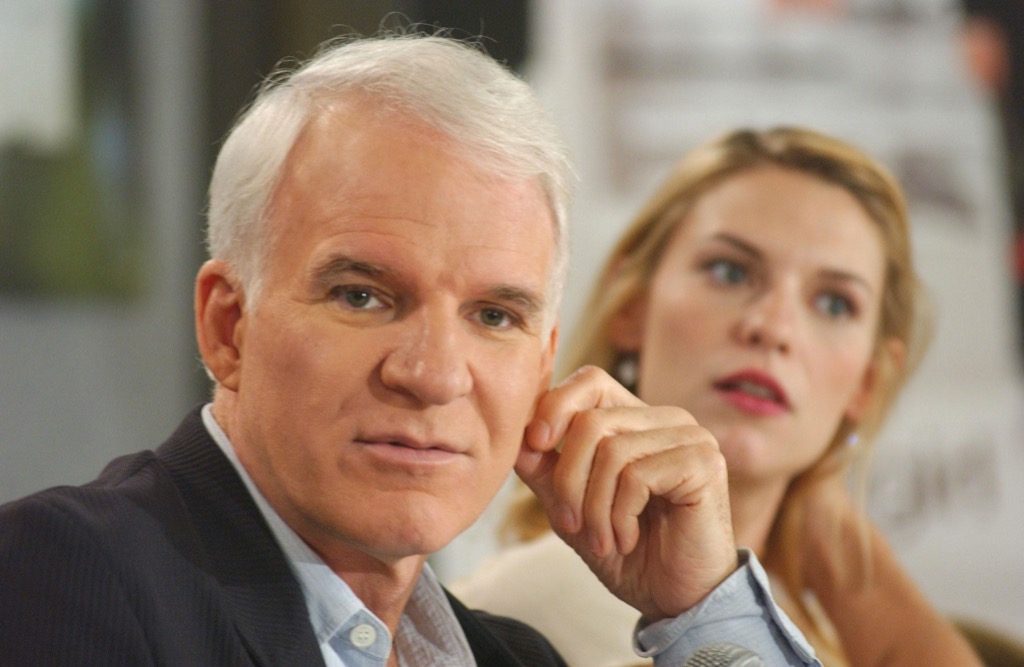 Maybe it's unfair to include someone as funny as Steve Martin on a list of hilarious celebrity riders, especially when you consider that he leaked his own rider, but maybe he really does need an entire roasted chicken to use as a dancing puppet, swim trunks in case there's a pool onstage, and a booklet called "How to Make Money From the Banjo." 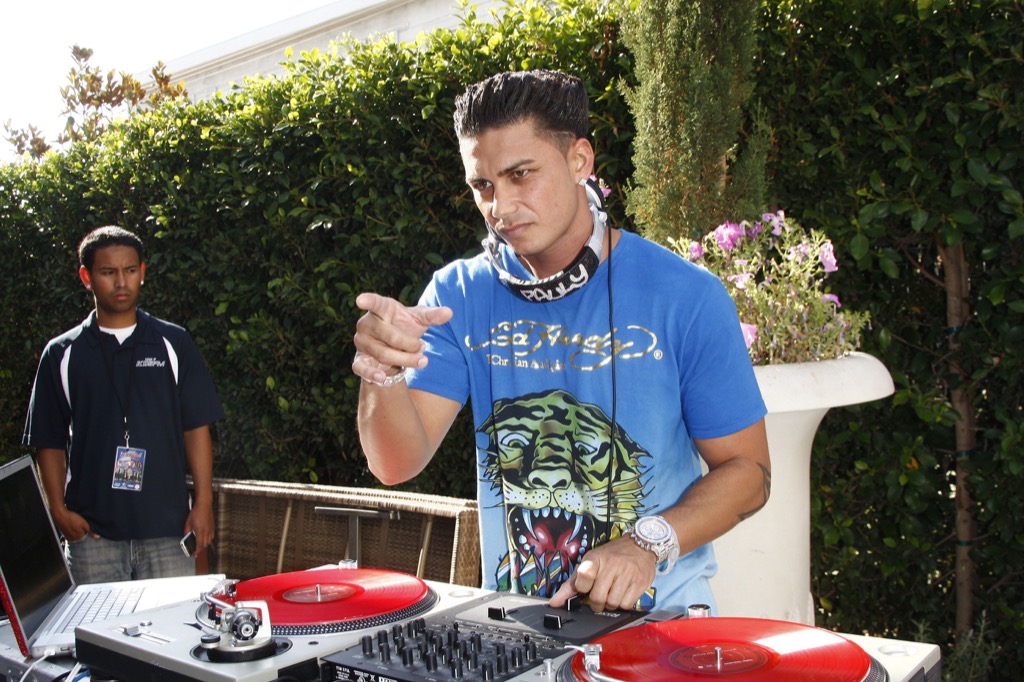 DJ Pauly D, of Jersey Shore fame, isn't particularly persnickety in his rider. He only needs a VIP table all for himself. Oh, and four bottles of "house champagne" to spray on the crowd.

Of course Kanye West has a demanding rider. In addition to being demanding, it's also creative. In the past, Kanye has requested a slushy machine that would dispense frozen Hennessy and Coke. He also needs an $8,000 bed for his daughter, North.

In addition to the gallons of booze and rolling papers you'd expect on Drake's rider, he also really needs four dozen sticks of incense, Dr. Bronner's peppermint soap, and an Andis T-Outliner, which explains why his beard is always so perfectly trimmed.

Adele needs a pack of Marlboro Lights and 12 bottles of European lager when she's on tour: "North American beer is NOT acceptable," according to the singer. Her 2011 rider also required that guests who got free tickets pay at least $20 when picking them up, no exceptions. The money paid for the tickets was ultimately donated to charity. 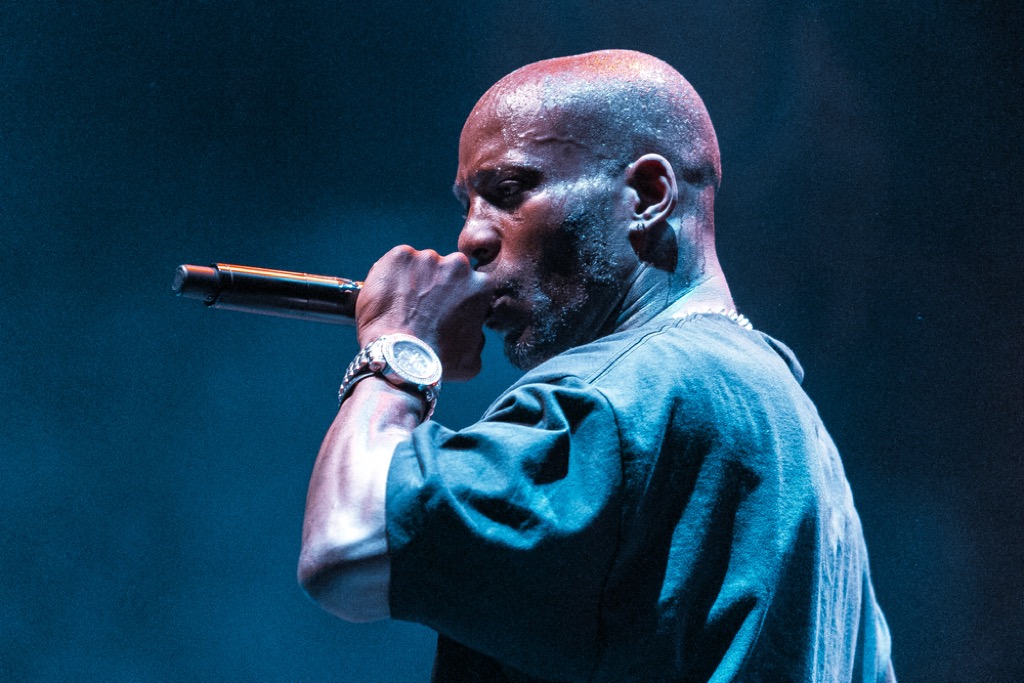 Unsurprisingly, DMX has every intention of partying backstage, and it's a task he takes very seriously. The rapper needs three boxes of either Trojan, LifeStyles, or Kimono condoms waiting for him as well as a one-gallon jug of Hennessy. 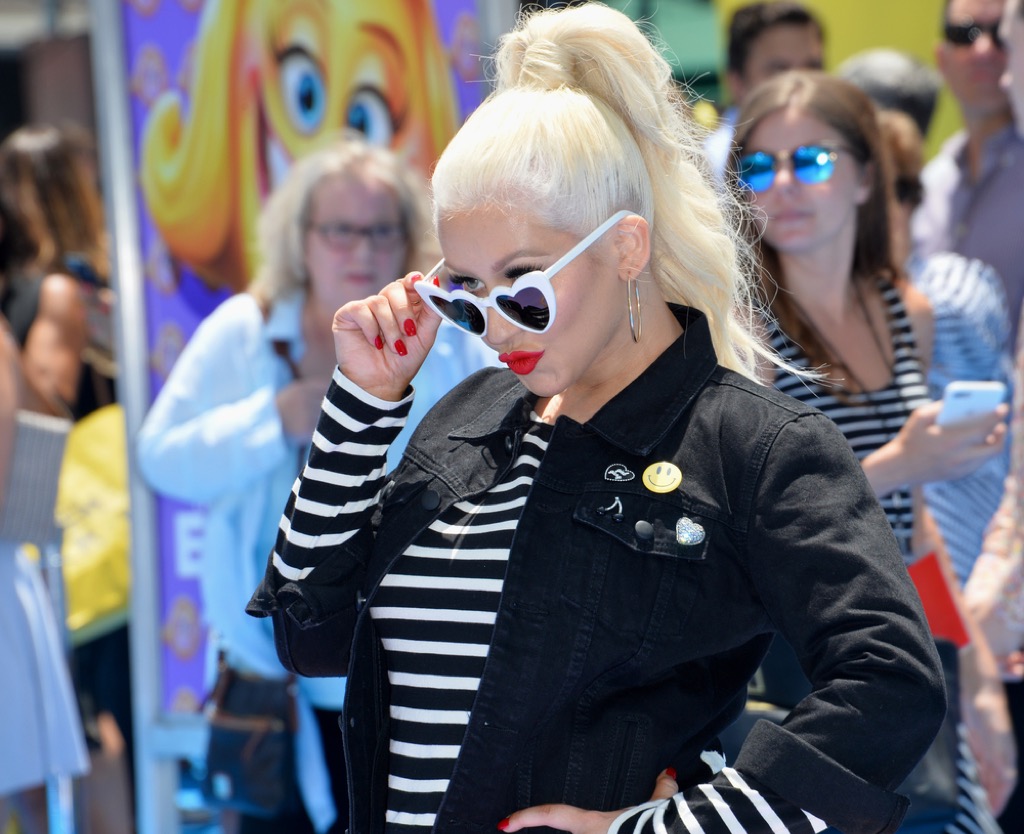 In a way, a rider is a great way to get a glimpse into the private lives of celebrities. For example, you probably never would have guessed that Christina Aguilera likes soy cheese and Flinstones chewable vitamins. The police escort she requests, however, comes as less of a surprise.

Justin Timberlake insists on having the elevator all to himself, a pretty brilliant way to avoid the prying eyes of the public. Slightly less brilliant, however, is his request that all doorknobs backstage and at his hotel be disinfected every two hours. 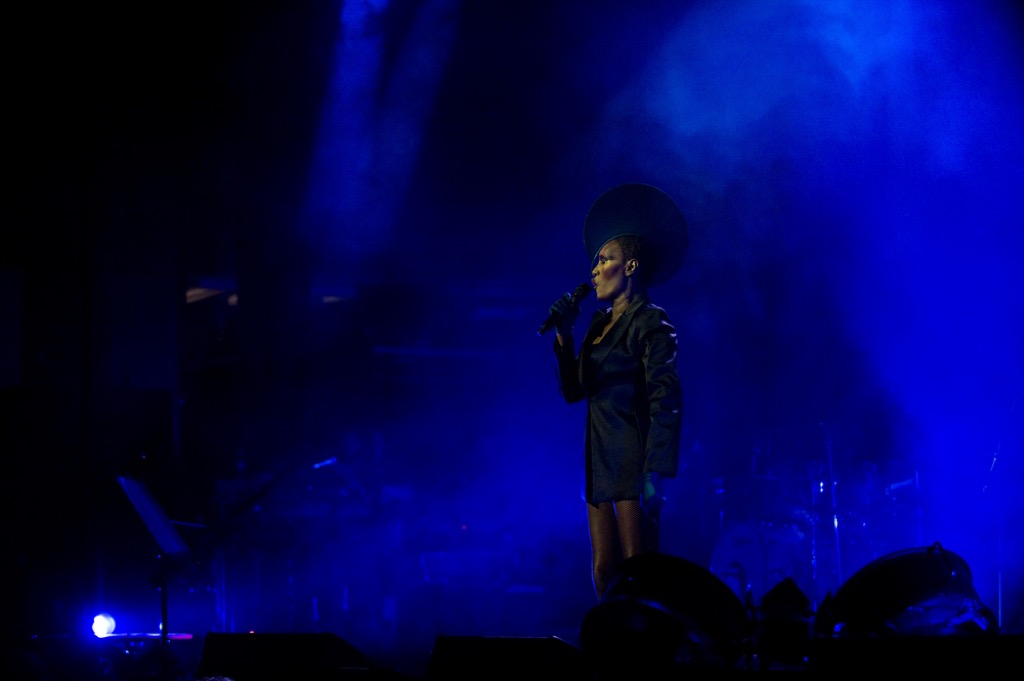 Compared to most of the celebrities on this list, Grace Jones isn't asking for too much. Of note, though, is her request for unopened oysters, because "Grace does her own shucking." Her rider also includes a request for an oyster knife.

After her breakup with Justin Bieber, Selena Gomez's rider insisted that no crew members use the name Justin. That's perhaps the most relatable of all rider requests. 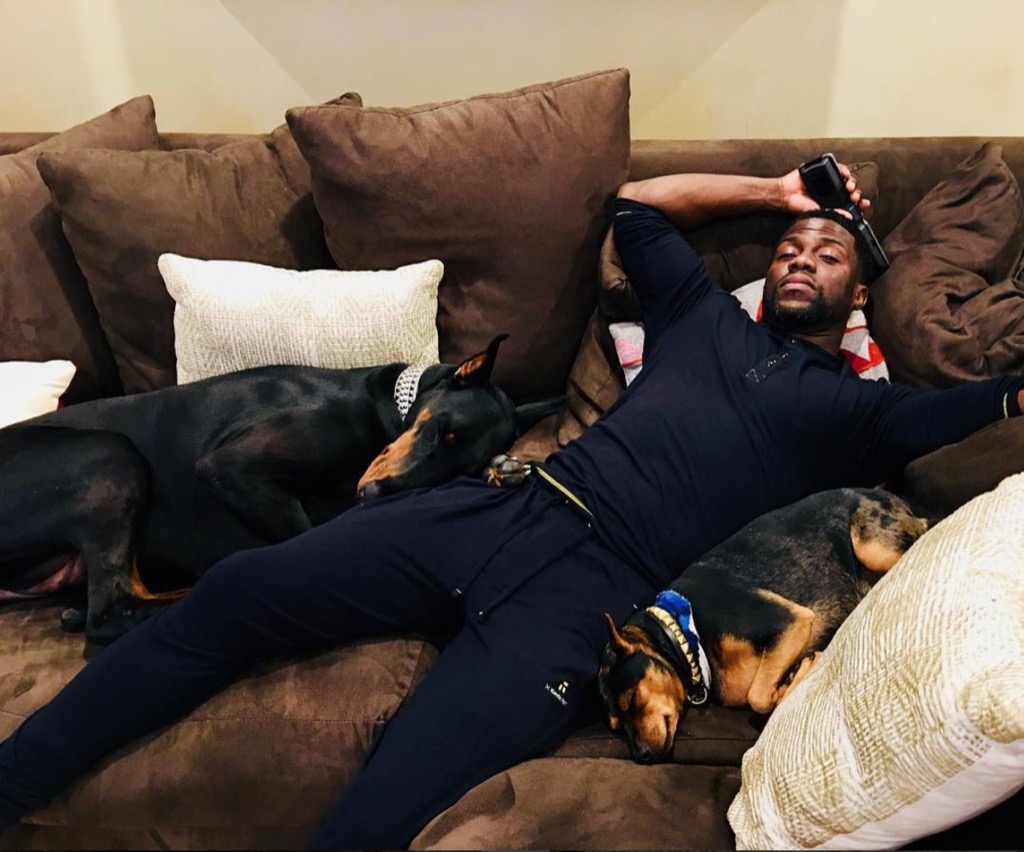 Kevin Hart needs a truckload of booze and 50 shot glasses to drink it with. He also needs "five (5) females with athletic/sexy build" who will be provided outfits to wear that are only available in sizes extra-small, small, and medium. 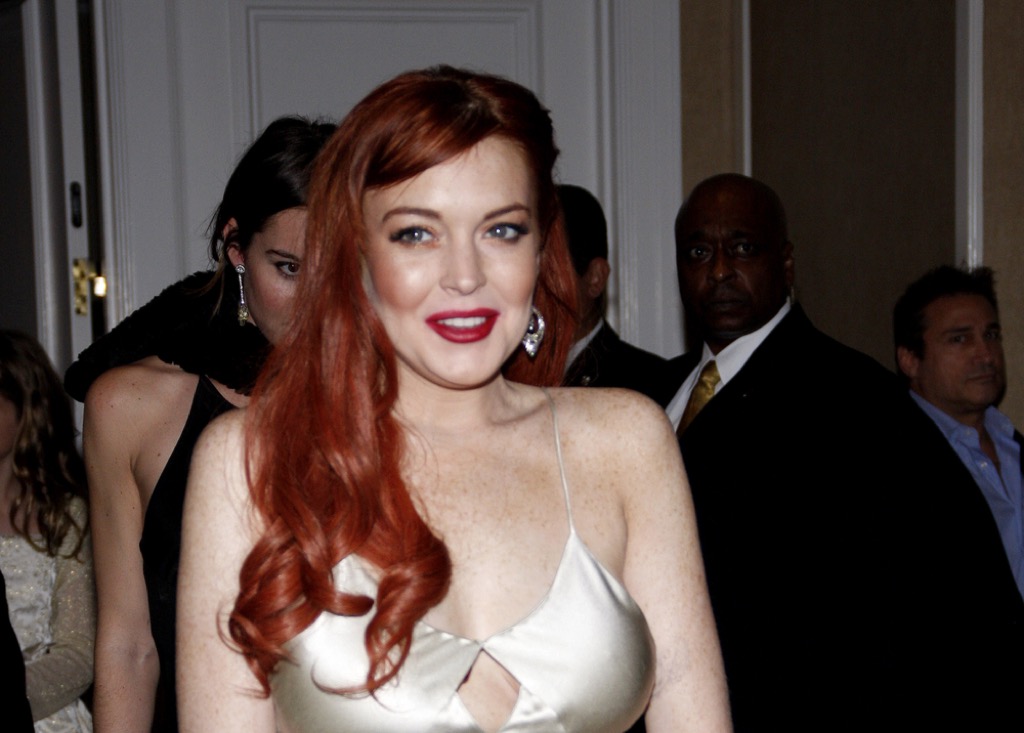 To appear on a Russian talk show, LiLo insisted on $860,000, a suite at the Ritz-Carlton, a guarantee that they would not interview her boyfriend for the next 12 months, and a sit down meeting with Vladimir Putin. 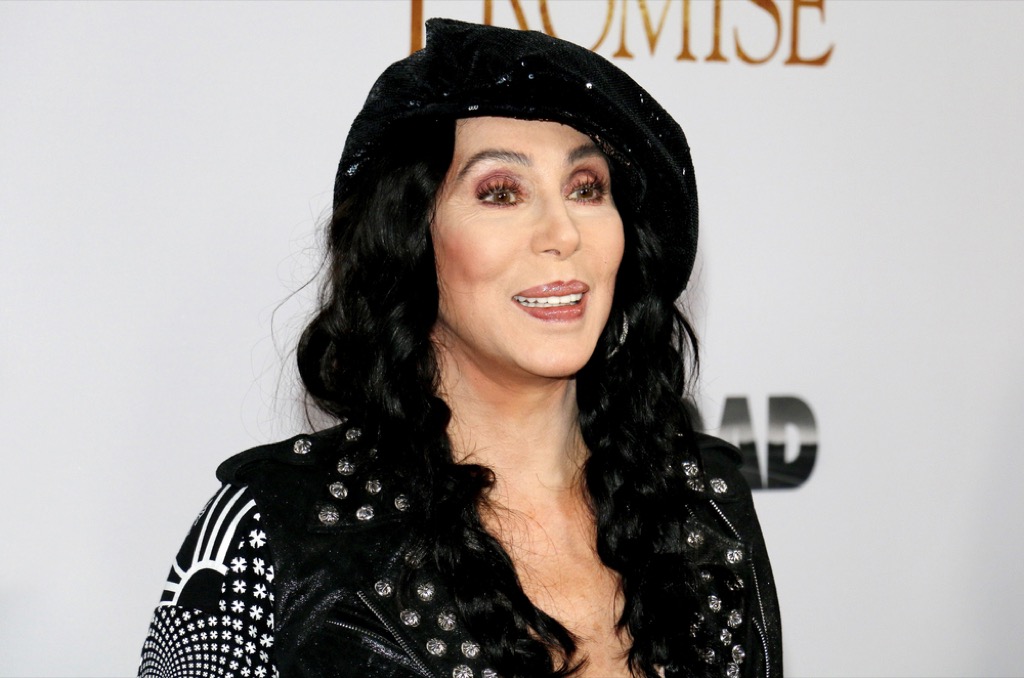 Cher will absolutely not wear a security pass. She also needs an entire room just for her wigs. 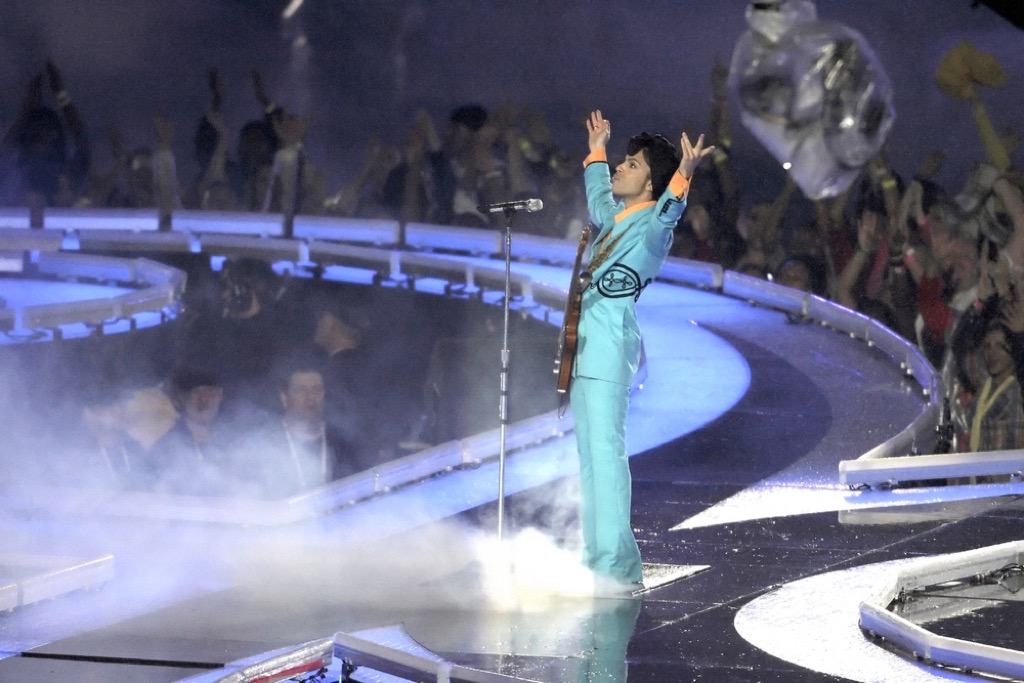 Included among the late Prince's requests were 16 dozen bath towels and a physician on hand to administer a B-12 injection. 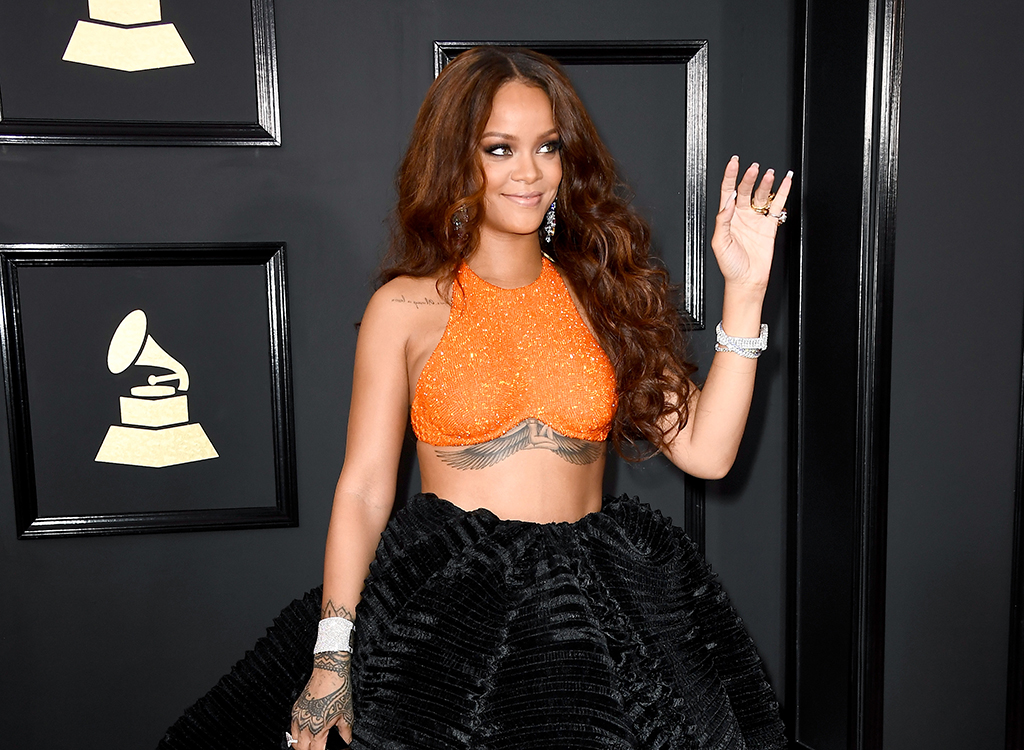 Rihanna would like white tulips with no foliage, a comfortable couch, and a large, animal-print throw rug that is very clean so she can walk on it barefoot. 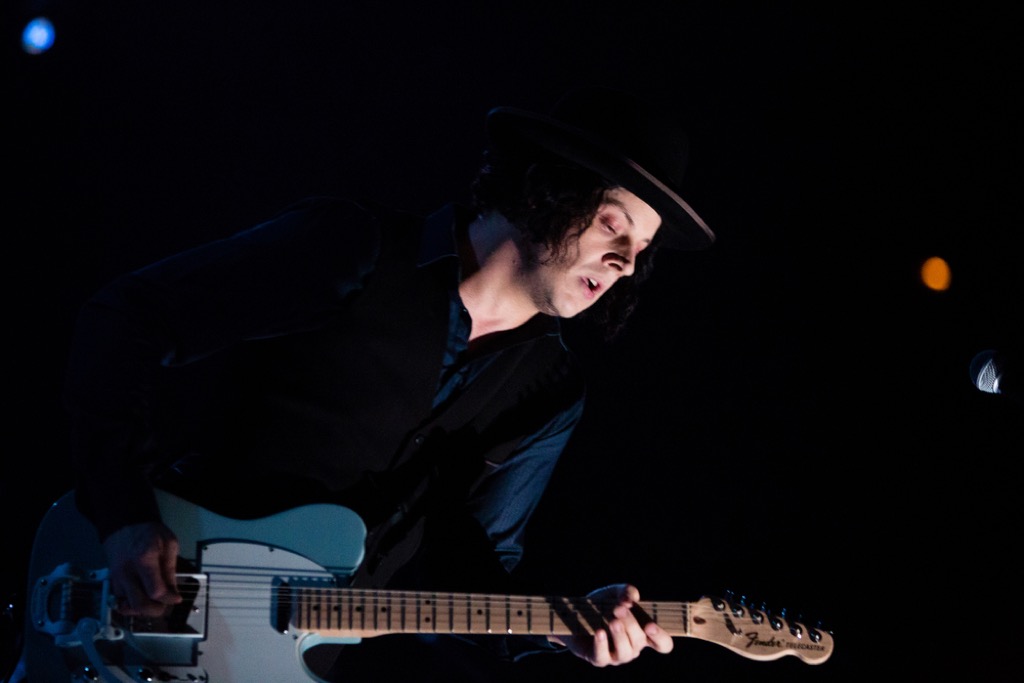 Jack White wants guacamole backstage. But he won't settle for just any guacamole. He wants a specific guacamole so chunky that his rider actually includes a recipe for it. The rider also stipulates "PLEASE NOTE: this is a NO BANANA TOUR." Too bad, considering bananas are on the list of 20 Best Foods For Your Libido.