10 Celebrities Who Are On Tinder

From Katy Perry to Eminem, here are the celebs who've swiped left and right.

If you're single, take comfort in the knowledge that you're definitely not the only one struggling to find love. In a recent interview with Vulture, Eminem, who has an estimate net worth of $190 million, admitted that he's had trouble finding love since divorcing his wife in 2001.

"It's tough. Since my divorce I've had a few dates and nothing's panned out in a way that I wanted to make it public. Dating's just not where I'm at lately," he said. When the reporter asked whether or not he uses Tinder, he said, "I mean, yeah," and when the author asked if he was being serious, he said, "Yeah, Tinder." The fact that, afterwards, he followed up by saying, "And Grindr. I also used to go to strip clubs," set the Internet alight because it meant that either he was A) admitting he was gay or B) making a joke at the expense of gay people (more likely the latter than the former).

But, either way, it seems like some lucky Tinder users could someday find themselves matching the the 45-year-old rapper. And while many celebrities probably use Tinder Select, the super-exclusive online dating app open only to the rich and famous, some prefer mingling with the regular folk. Here are some other celebs you can find on the app. And if you find yourself matching with one of them, be sure to have handy one of these 20 Best Dating App Opening Lines. 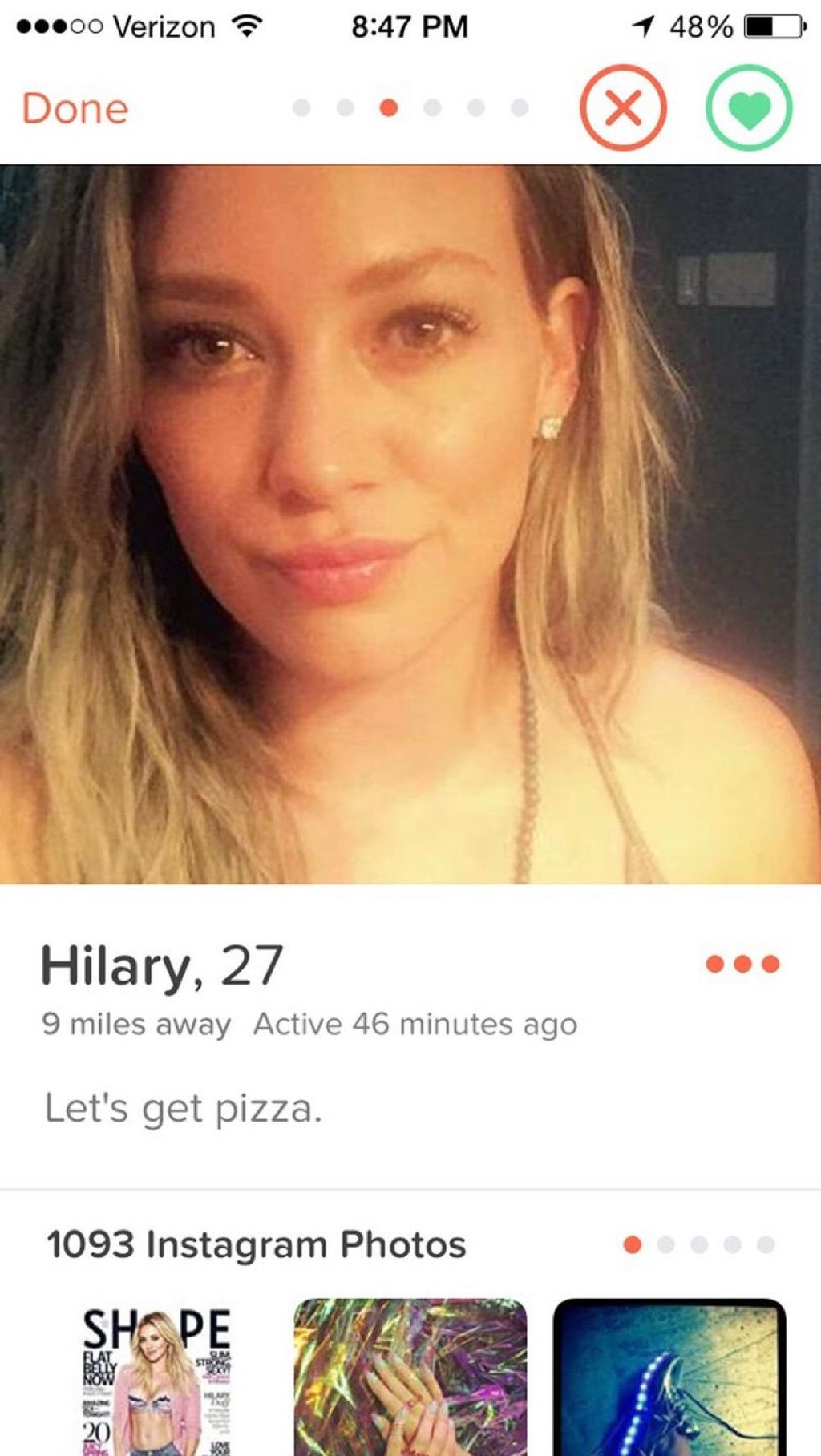 While the 30-year-old is currently happily loved up with boyfriend Matthew Koma, she admitted to using Tinder to meet men back in 2015, while in the midst of divorcing husband Mike Comrie. She later told People that while she had given the site a try, and even got an OK bowling date out of it, she wasn't using it anymore. "I'm not still using it. It was really fun for me for a minute; I wanted to experience something totally normal and also shock people," she said. And for some great Tinder-using advice, know the worst dating-app message mistakes men make. 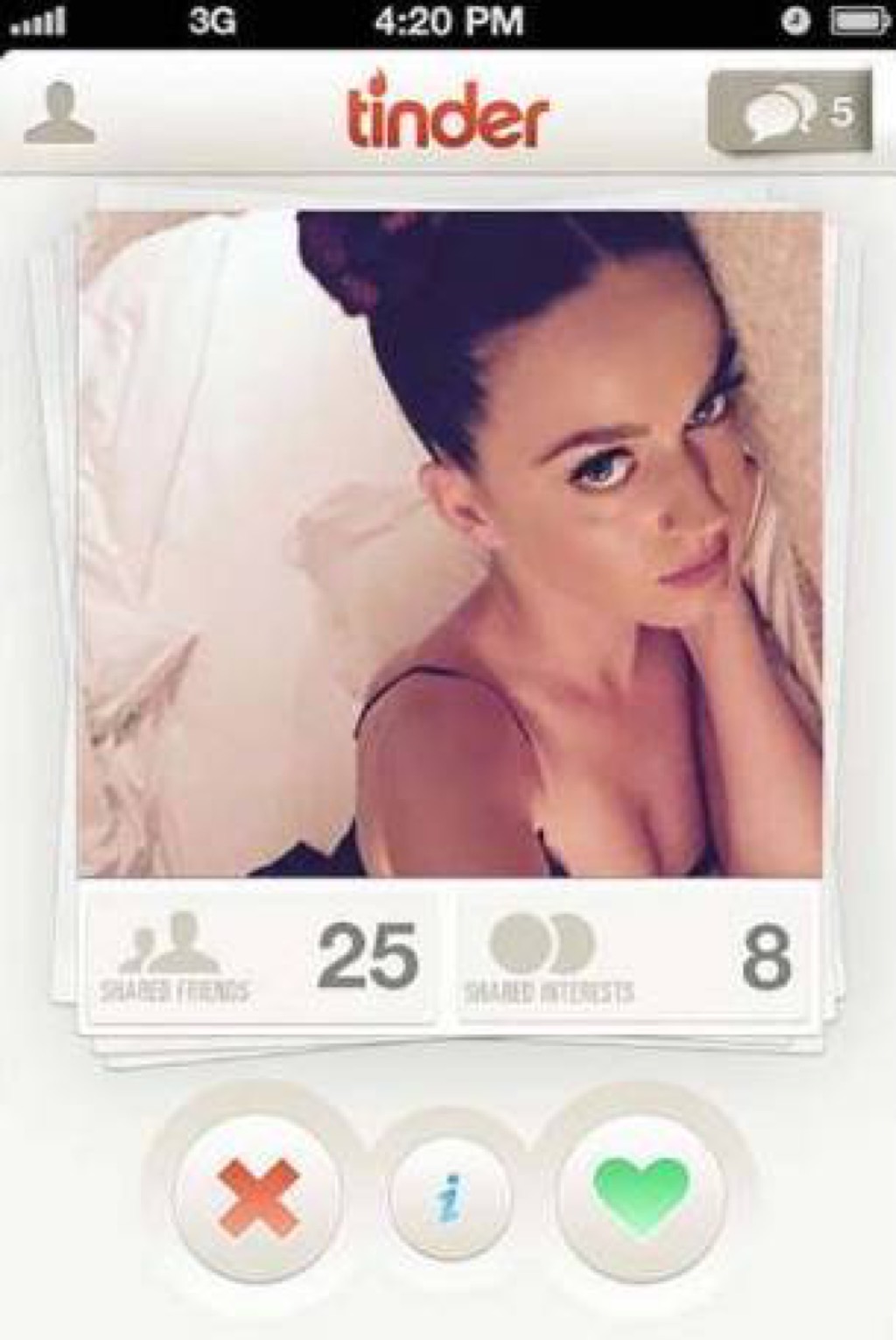 Shortly after her 2014 split from John Mayer, Katy Perry admitted that she was single and "really deep on Tinder so I don't have a whole lot of time." Since the pop star is single once again after breaking things off with her year-long boyfriend, Orlando Bloom, chances are she might be taking another deep dive on the site. 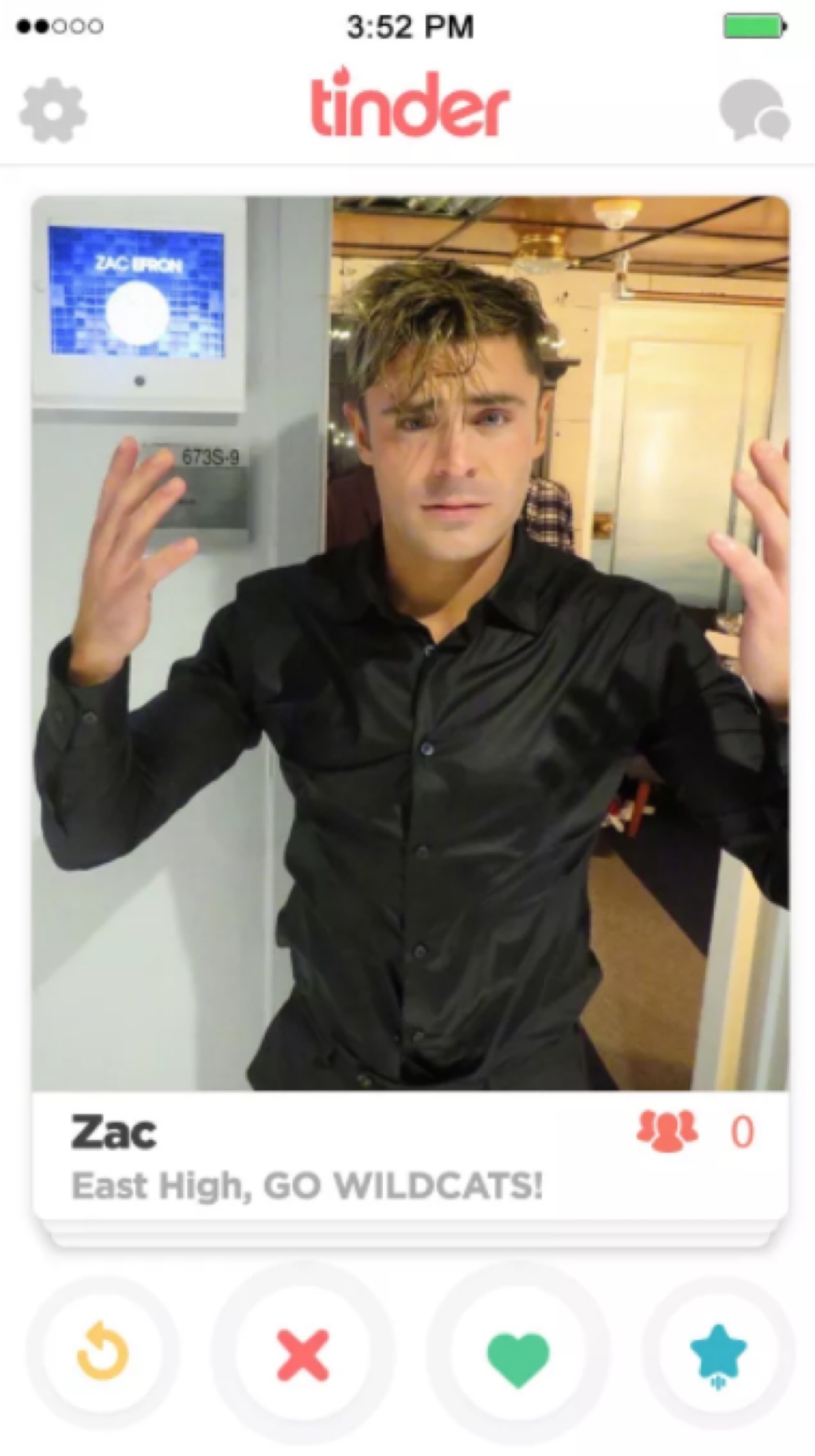 In 2016, Efron told US Weekly that he tried using Tinder, but that nobody swiped right because they all thought his profile was fake, a common complaint among celebs. 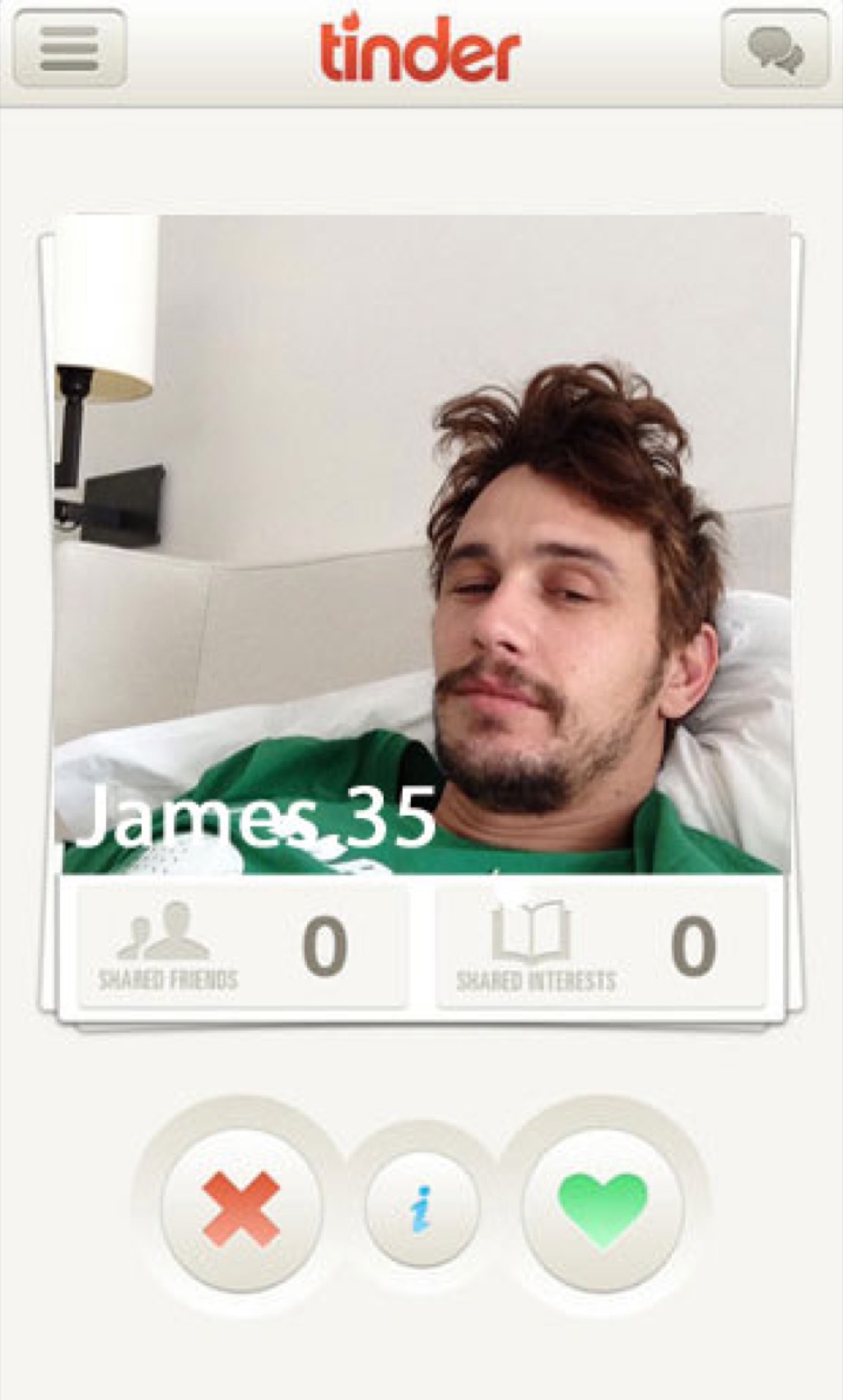 Ever since Tinder CEO Sean Rad announced that the app would ver verifying celebrities with a blue checkmark, a la Twitter, you no longer have to doubt that James Franco's profile is real. 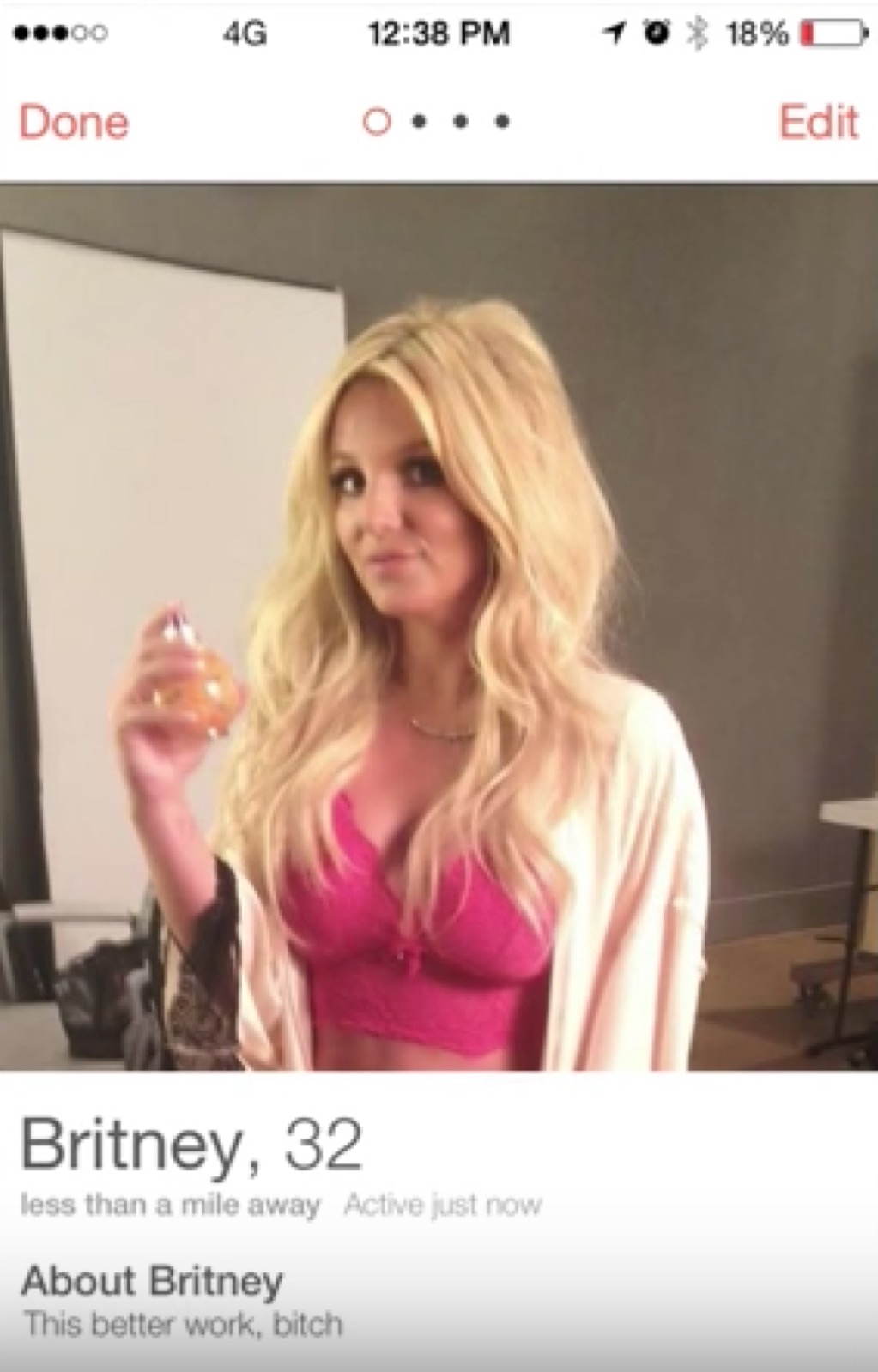 In 2014, fresh from splitting up with her cheating boyfriend, Britney made an appearance on The Tonight Show Starring Jimmy Fallon, where the host presented her with her brand-new Tinder profile. Given that she didn't seem overly enthusiastic about it, chances are she's not an active user, but you never know… 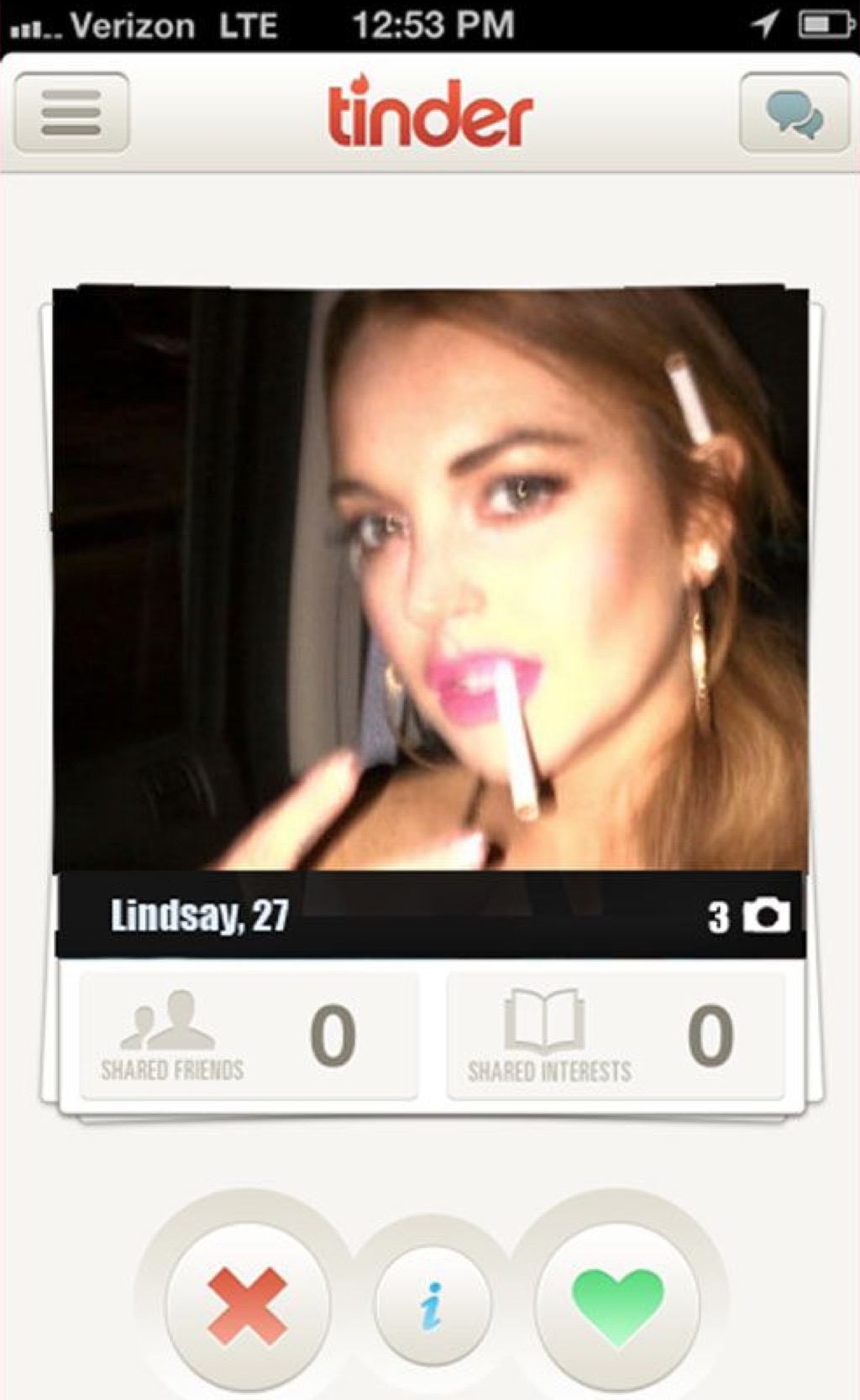 Back in 2013, 31-year-old Lindsay Lohan accidentally let slip that she was on the dating app when she put up an Instagram post revealing that she found her brother on it. 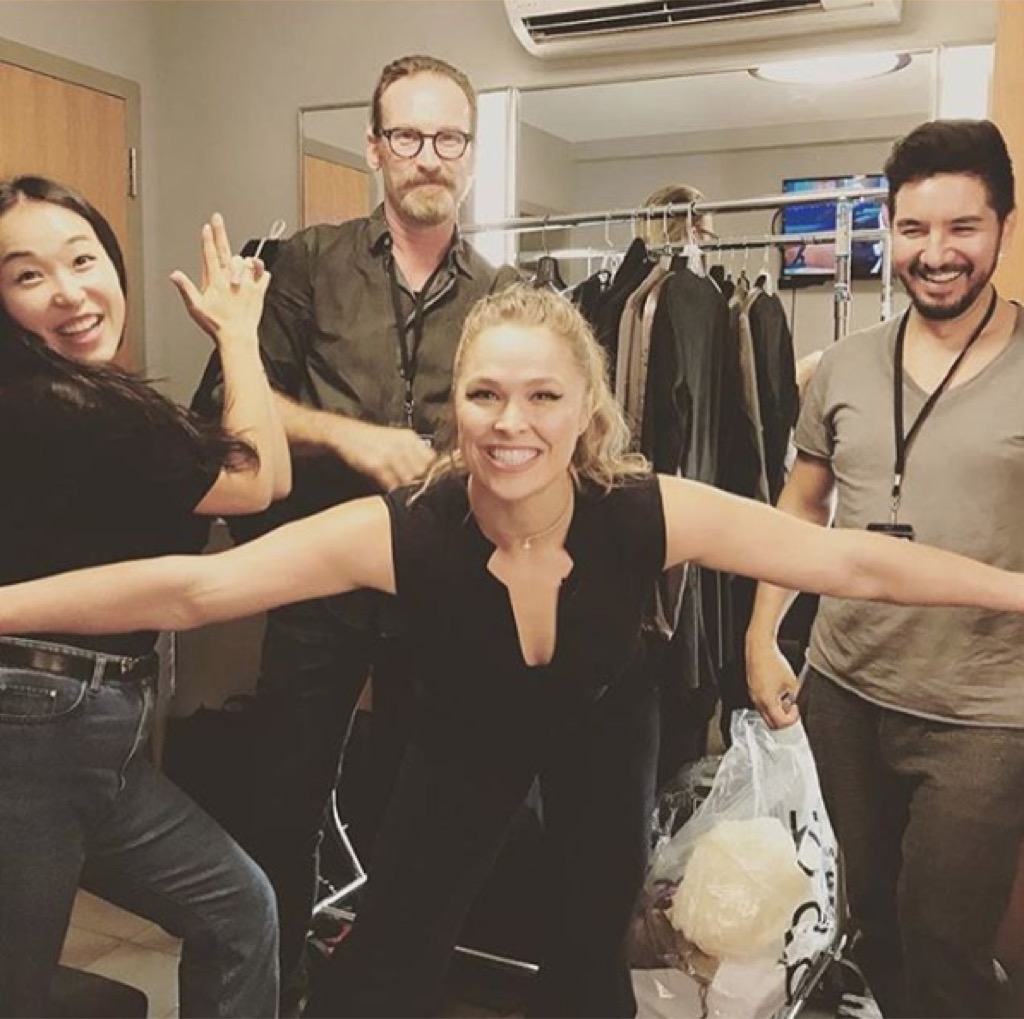 In a 2015 interview with Sports Illustrated, the UFC bantamweight champion said that she had tried the app under a pseudonym—Brynn Campbell—but found that she was too famous to pull the cover off. "The only person I'm making out with is my dog," she said. Granted, she married UFC fighter Travis Browne in August, so pretty sure that's not the case anymore.

In 2016, Lochte told Cosmopolitan that he got Tinder after hearing about about the app at the 2014 Sochi Winter Olympics, and that he had "been matching up with a bunch of gorgeous women who are smart, they have professional jobs and everything." In June, Lochte welcomed a baby boy into the world with fiance Kayla Rae Reid, so it's fair to say he's off the market, but other Olympic athletes have been known to use the app while on location so it's always worth checking it out. 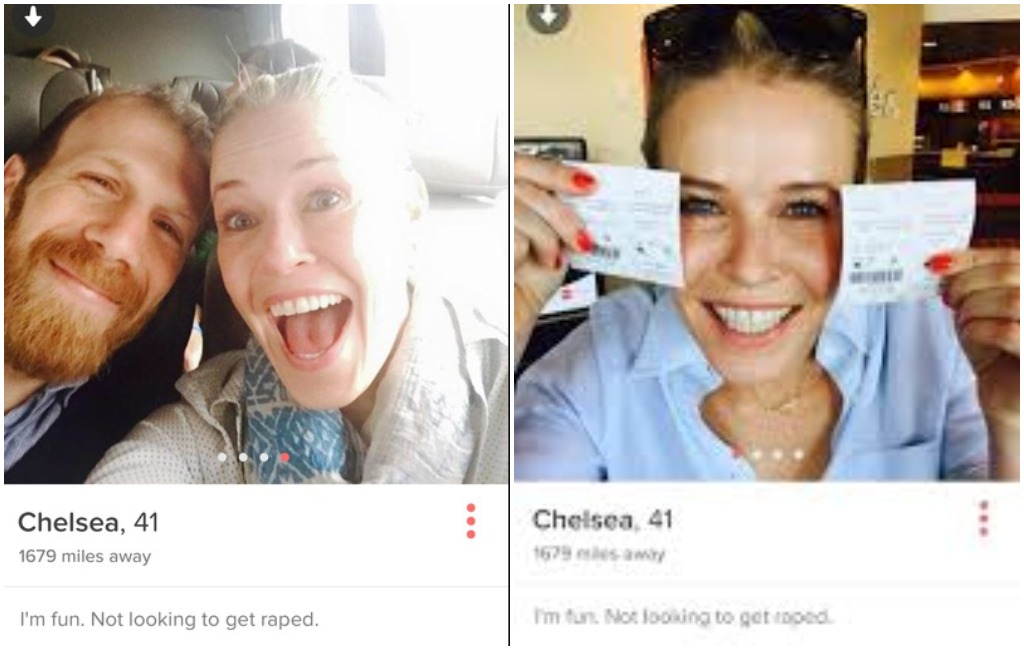 Chelsea Handler has been pretty open about her love of Tinder, recently telling ET that she was "on all the apps."

Diana Bruk
Diana is a senior editor who writes about sex and relationships, modern dating trends, and health and wellness. Read more
Filed Under
Dating • Entertainment
Read This Next
Latest News
Read This Next