The Zodiac Sign Most Likely to Have a One-Night Stand, According to Astrologers

They probably won't text you back, even if you have a good time.

If you've ever had a one-night stand, then you know how frustrating they can be—especially if you're looking for a serious relationship. Maybe, you have great banter with someone at the bar and spend the night with them, all for them to ignore you the next day. Or perhaps, you meet someone on a first date, only to have them ghost you a week later. It turns out, some people simply aren't cut out for monogamy. And according to astrologers, that trait can often be determined by their zodiac sign. Ahead, astrologers tell us the signs most likely to have a one-night stand, from the moderately flirtatious to fast-fling experts.

READ THIS NEXT: The Zodiac Sign You're Most Sexually Compatible With, According to an Astrologer.

As the first sign of the zodiac, Aries likes to be fast. That means they're quick to chime in on a project at work, claim the first spot in line at the airport, and, it turns out, hop into bed with a stranger.

"Aries is a very passionate sign, known to throw themselves into something full-force and then move on to the next thing once it's run its course, which is often quicker for them than it may be for others," says Ms. IGee, astrologer, spiritual expert, and founder of Higher Vibes Online.

Bonus points if they can get their one-night stand in and out of their apartment in a few hours.

These Lions are easily sidetracked by new and shiny things. So if an attractive person crosses their path, they might be inclined to take them home.

"Leos are naturally flirty people and often don't take commitment seriously, as they think of everyone as players or just not in the mood to settle down," says Kayana Rich, astrologer and tarot-intuitive reader. "

Leo men tend to love deeply but can use past hurts to discourage them from commitment, while Leo women tend to want to have fun until they're ready to settle down, Rich notes. You can expect them to bounce from fling to fling while they find their best match.

READ THIS NEXT: How to Tell If Someone Is Cheating, Based on Their Zodiac Sign.

Pisces aren't big on monogamy, so one-night stands come naturally to them.

"Pisces men usually will stay with someone due to habit but will also entertain someone else or multiple others to fulfill what the main person is not," says Rich. "Pisces women are afraid of committing to the wrong person, so as long as they are in the mood for some fun or getting over a heartbreak, they will entertain that one-night stand for the fun of it."

Hey, they've got to get their needs met somehow. This intelligent and free-spirited sign often chooses frequent flings as a way of life.

"Aquarius, the third zodiac sign of the air element, is experimental and would be the first to question monogamy and tradition in general," says Fernanda Paiva, an astrologer certified by the London School of Astrology. "They tend to be rebellious and very independent, usually finding it easier to have multiple 'friends' rather than commit to one person only."

What's more, they've likely read many essays and books on the idea of sexual freedom. Expect them to have strong views on romance.

For more astrology advice delivered straight to your inbox, sign up for our daily newsletter. 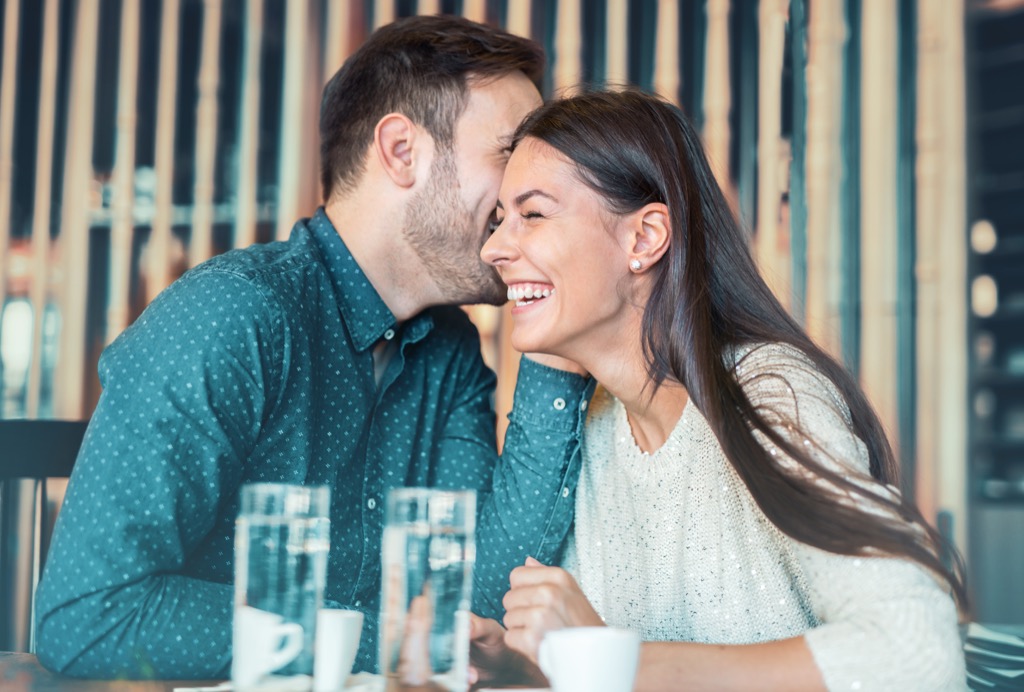 The social butterflies of the zodiac, a Gemini can make anyone feel comfortable.ae0fcc31ae342fd3a1346ebb1f342fcb

"Gemini is easy to engage, loves to be social, and is open to new experiences," says Ms. IGee. "It's their natural instincts and good communication skills that easily lead them to flirty banter and sometimes straight to the bedroom with much ease."

They'll use these communication and psychology skills to find romantic partners wherever they are. The grocery store, gas station, and a local watering hole are all places they might identify a potential match.

Scorpio, the sign with the strongest sex drive, always plays to win, and that's true for one-night stands, too. "Scorpios are naturally flirtatious people, and they love to flirt, even if that means innocently," says Rich.

Members of this sign are often non-monogamous, but their partners don't always know about those extra partners (in other words, they're fairly likely to cheat). "Scorpio men usually flirt for fun, while women intentionally seek their perfect one-night-stand partners," Rich adds.

They might manipulate someone into buying them drinks all night, set their sights on a friend's ex, or simply want to take home the hottest person at the party. Whoever they choose, you can bet that person will be staying the night.