Everyone's favorite silver fox on family, failure, and the fraught nature of the film industry.

It's true: 2017 is shaping up to be the strangest year yet. Justin Bieber is a style icon, grown men are playing with children's toys, and Bob Dylan is plagiarizing the knock-off to Cliff's Notes. And here's the latest: Steve Carell—yes, of The Daily Show, The Office, and The 40-Year-Old Virgin fame—is suddenly the Internet's hottest heartthrob. (We're talking Clooney-ian levels of suave sex appeal.) While out promoting Despicable Me 3 in London, paparazzi snapped shots of Carell casually strolling through a parking lot, dressed like he was ready to crash a yacht party in the Hamptons. Immediately, the Internet pounced. BuzzFeed declared, "Guys, Steve Carell Just Got Insanely Hot And I Don't Know How to Feel About It," while People described him as "Hunky."

For his part, Carell is taking this newfound mass adoration in stride. "I'm bursting with pride," he told Entertainment Tonight. "That's very nice." (He also tossed out some of that trademark humor, quipping, "I am so sick of people just looking at me for my physical attributes.") Of course, it should come as no surprise that the nascent silver fox is such a mensch about the whole situation; from advice on the ever-difficult work-life balance to tips on how to not let rejection get to you, the man's been a fount of wisdom for his entire career. We've collected his 10 most salient pearls of wisdom here. And when you've absorbed all of this knowledge, learn how 50 leading men define success.

1
Never Be Afraid to Fail 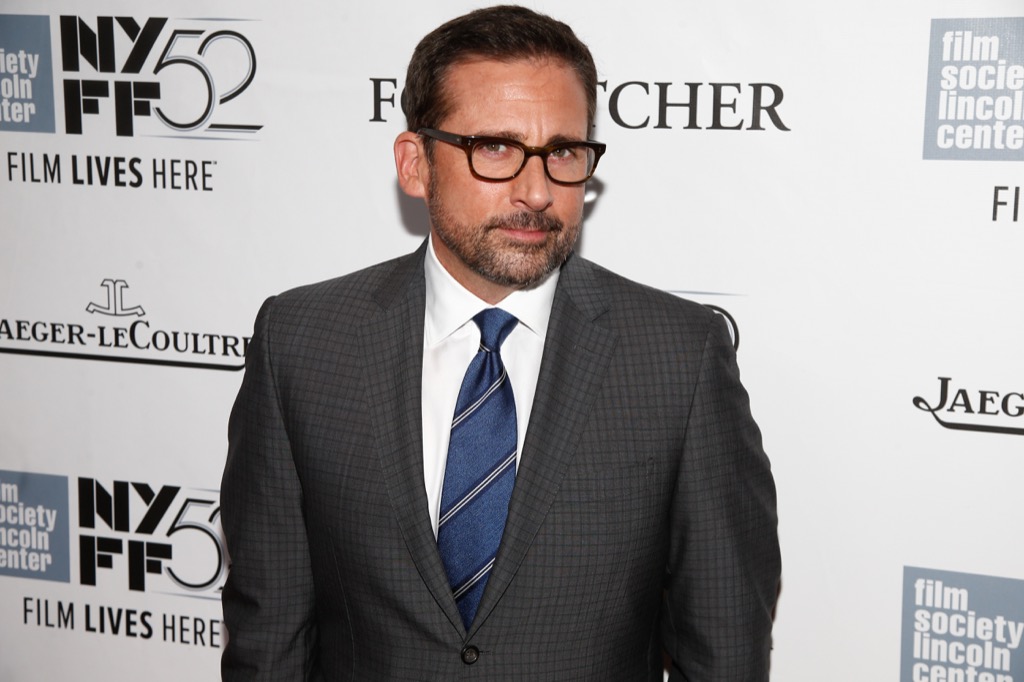 "The best thing for me about studying and performing with Second City was having the freedom to fail night after night, to try things, experiment, and attempt the insane without ever being too precious about it. If it didn't work, you could always try something different the next night. That's very freeing," Carell told Biography. We have even more advice on how to deal with setbacks read about how these men conquered their biggest insecurities. 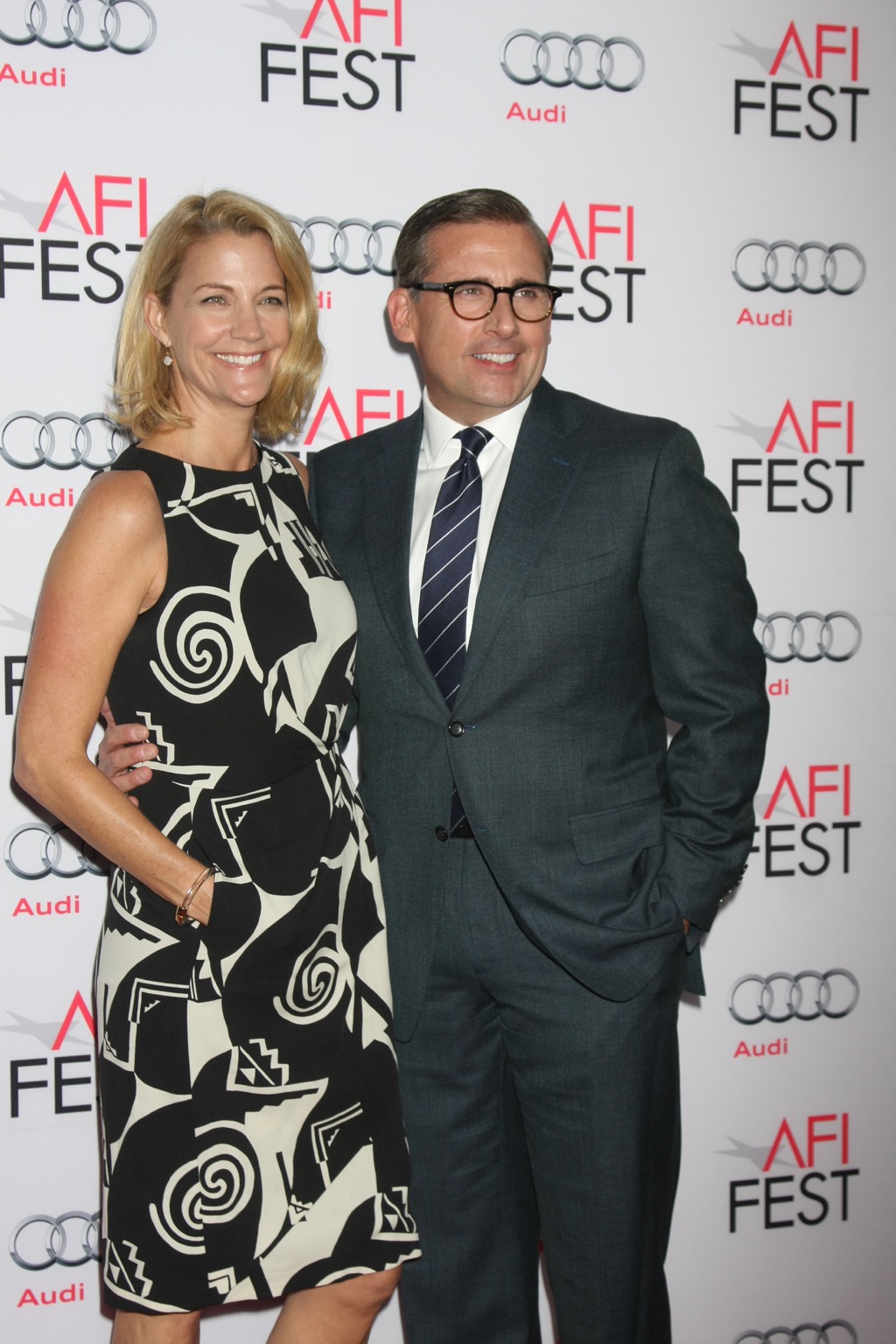 Steve Carell met his wife when he was teaching improv at Chicago's famed Second City, where his now-wife, the actress and comedian Nancy (neé Wall), was one of his students. Carell says he was nervous around her at first. "I beat around the bush and said something stupid like, 'Well, you know, if I were to ever ask someone out, it would be someone like you.' It's so stupid, but it was all self-protection. She was the same way: 'If somebody like you were to ask me out, I would definitely go out with him. If there was a person like you,'" according to Bustle. If you're not sure what to say to the woman of your dreams, we've got you covered.

It may seem at times like life should just be a straight shot to the top of the career ladder. But that wasn't the case for Steve Carell, who had plenty of false starts before he got his breakthrough on The Daily Show, as he recalled to Biography. "I was on a failed TV series called 'Over the Top,' in which I played an outrageous Greek chef in a hotel… [One reviewer said,] 'I have experienced pain and suffering in my life. I have witnessed the agony of childbirth.' The reviewer went on and on about the horrors she had endured, and then said my TV show was more horrible than all of it combined. So, uh, that's what I was doing before The Daily Show."

4
Fatherhood Will Clarify Your Priorities 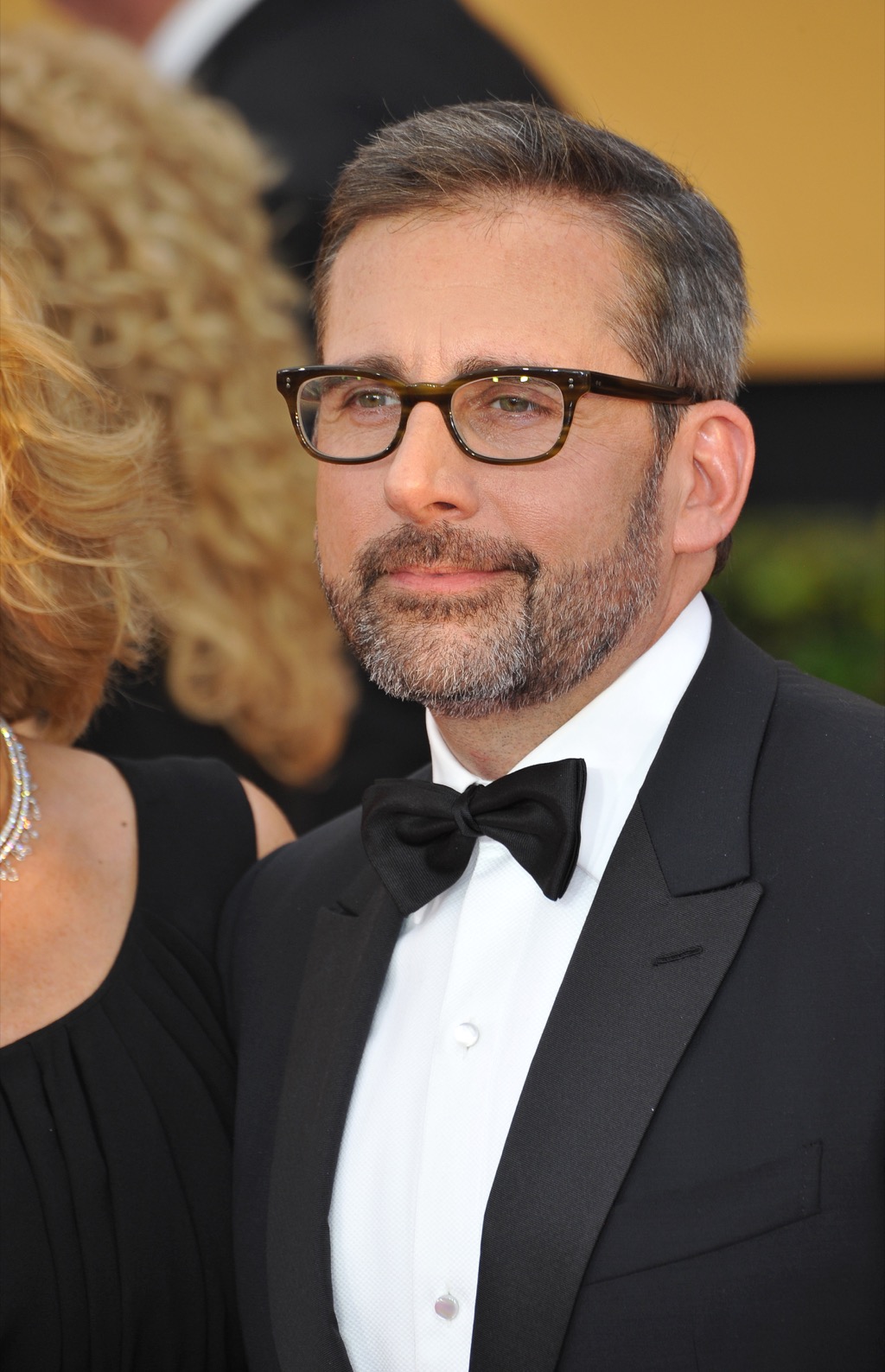 "I'll never forget the first audition after my daughter was born," Carell wrote in The Guardian. "I nailed it because I didn't care any more. All I wanted to do was get home to my baby and it changed my perspective on my career and on the world, on who I was." For more great insight into fatherhood, here's how to raise your Dad game.

5
It's Fine to Be Uncool 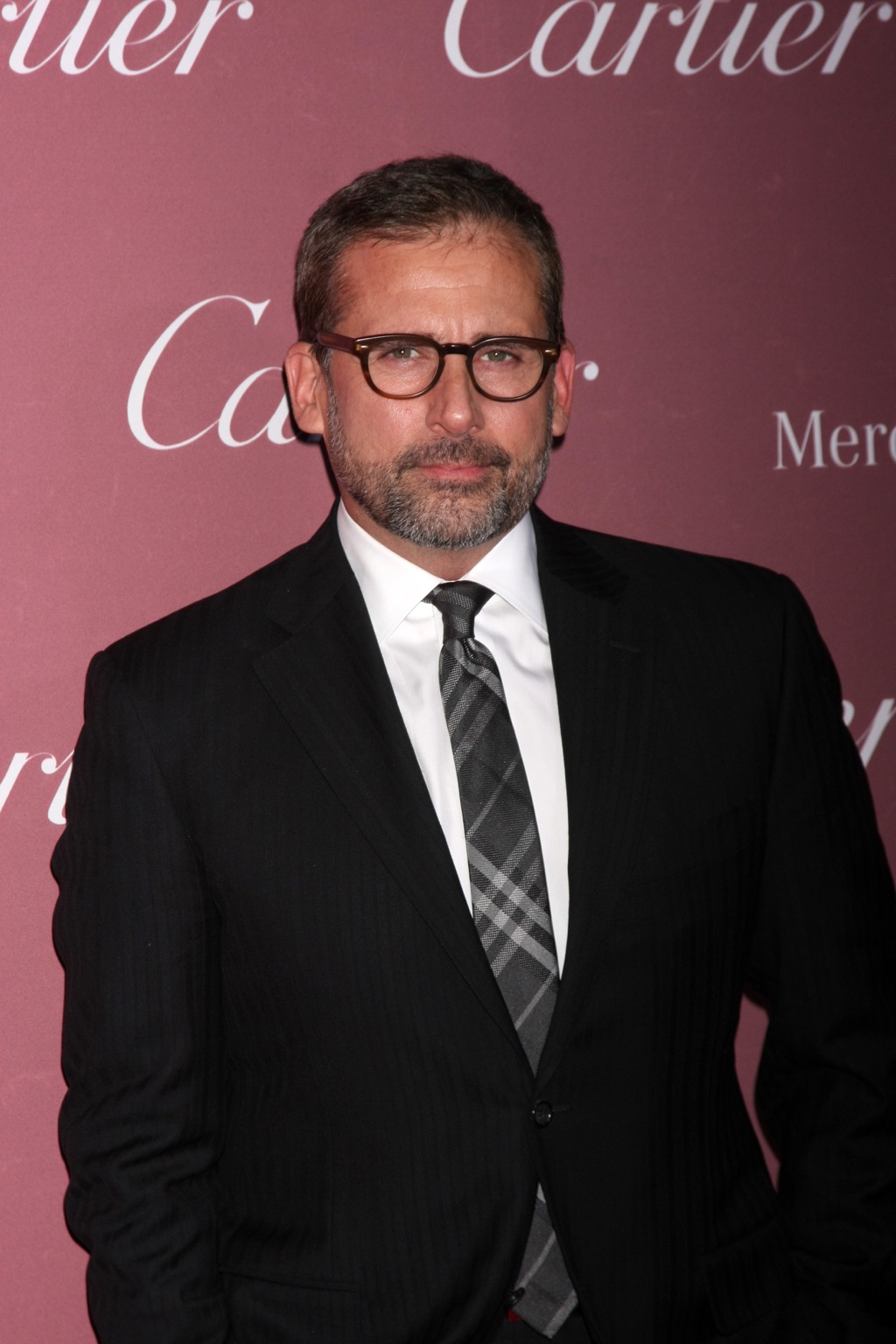 "Maybe the coolest people are the ones who don't care about being cool. Maybe I will start a new trend. Perhaps I'm so out, I'm in. Nope; that's a lie. I've just given up trying, and I am content [not being cool]," Carell said in an interview with Oprah Magazine. 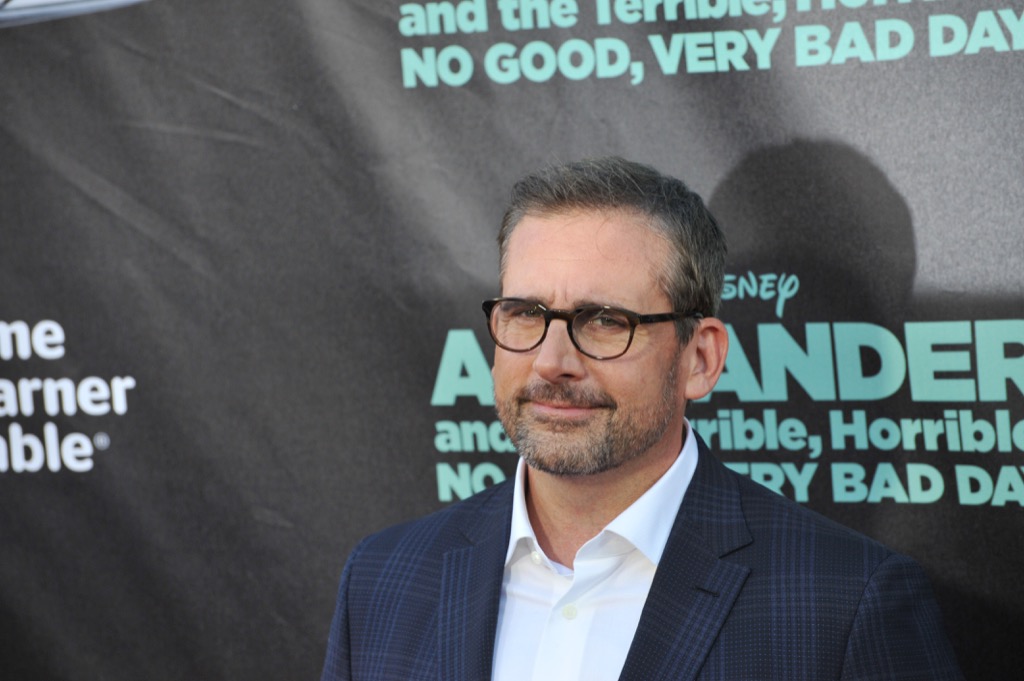 "I am the type of person who is always waiting for the other shoe to drop, so I'm not taking any of what is happening now —or the things that have been happening for 15 years —for granted. I know there is only a small window of time when people will say 'yes' to the things I want to do, and I kind of can't believe that window hasn't slammed shut on my hands yet," Carell told Biography.

7
Take Pride In Your Downtime As Well As Your Work 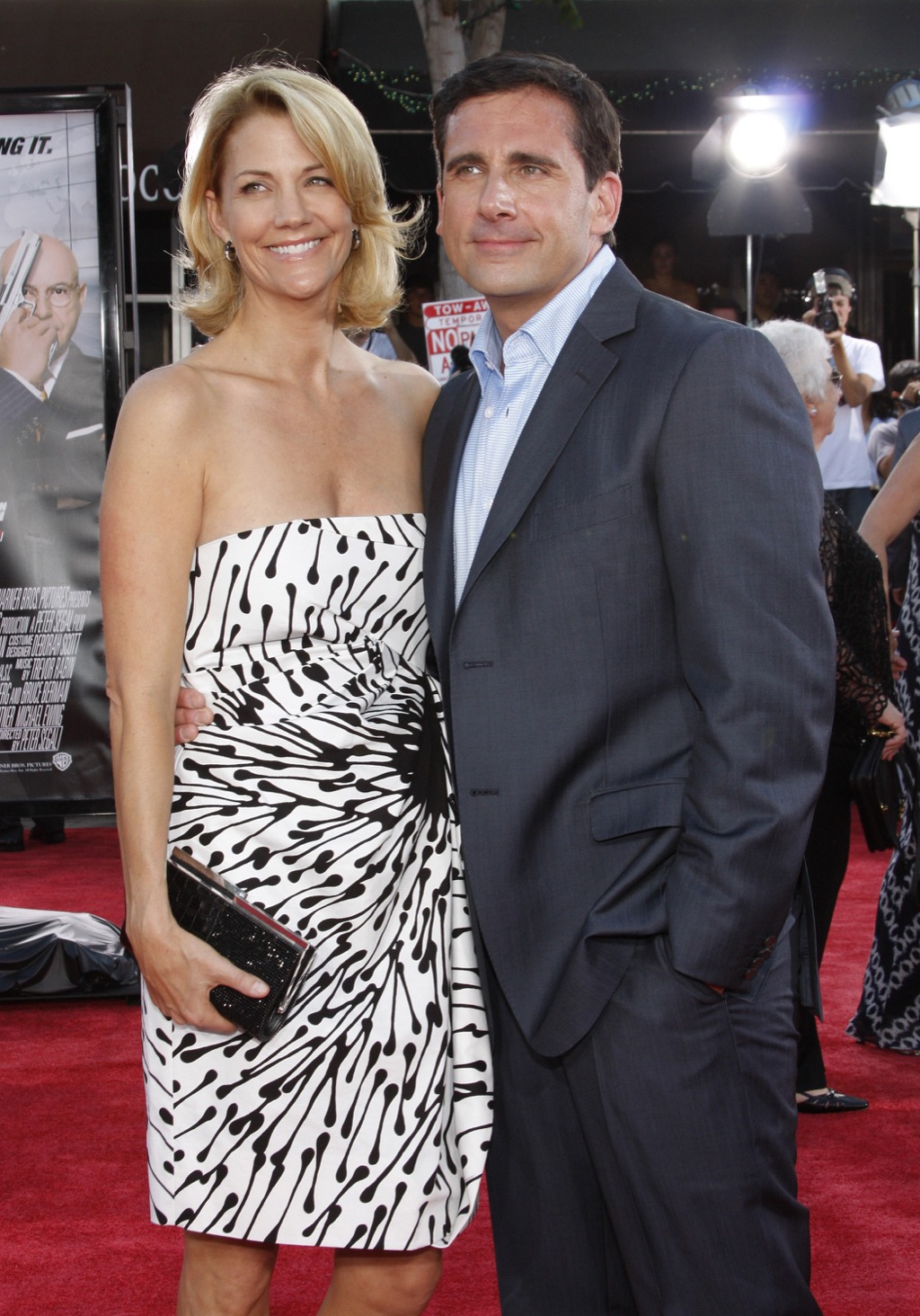 "I love to work," Carell told Esquire. "When I do work I throw myself into it. I show up on time, rarely complain, and I enjoy it." But that doesn't mean his life is all work, no R&R. "When I'm not working, I can do nothing better than almost anyone. Days can go by without accomplishing a thing and, unfortunately, I have no regrets." 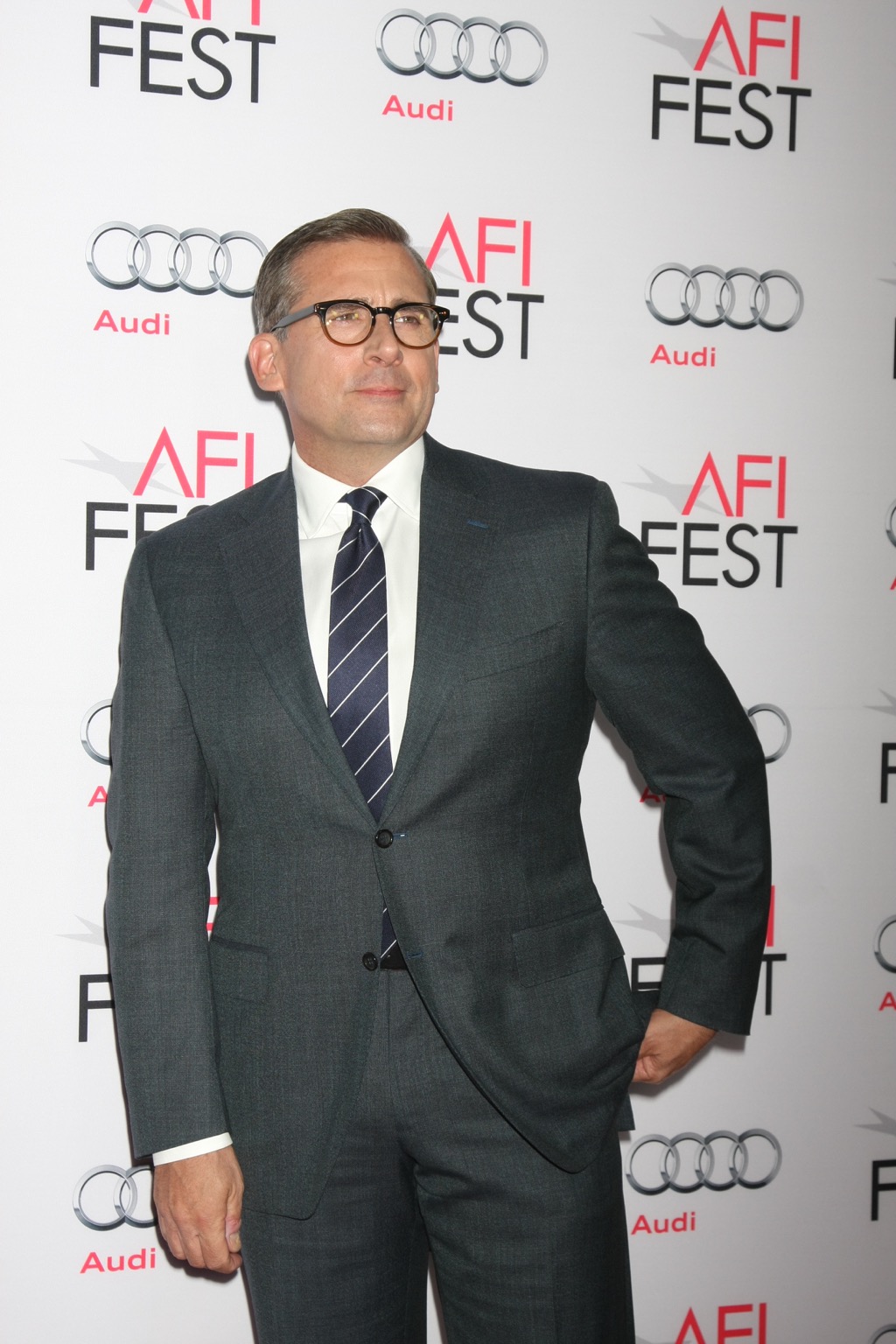 In an interview with the New York Times, Carell expressed disappointment with how his early work on The Daily Show often involved mocking undeserving people. "When I first came on the show, I had to quickly figure out how I was going to make it work for me, morally. I don't think I would have been able to live with myself had I just gone out and mocked people who didn't deserve it," he said. And even since becoming a major comedy star he has sought out prestige pictures like The Big Short because he believes they have real value, as he told Biography. 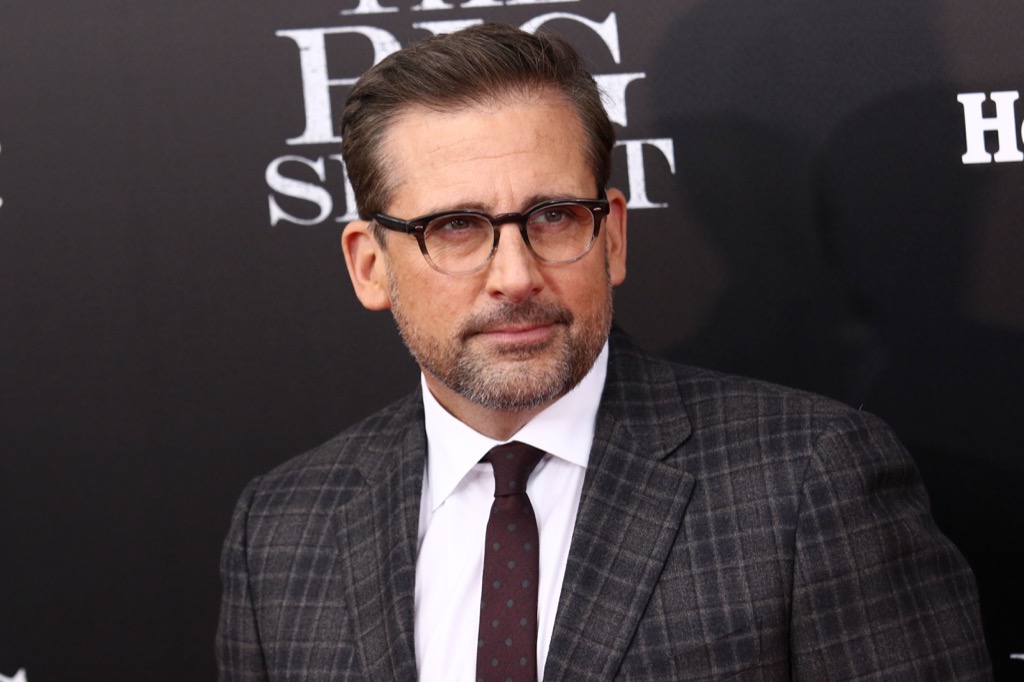 "I won't ever let the professional stuff bleed over too much into my family life. I have to keep those things in balance. One without the other is meaningless to me. So that's the line I'm always walking," Carell told Biography. And Carell makes sure to never let his job affect his relationship with his kids, as he wrote in The Guardian, "My job doesn't define my kids in any way. When we go to places, it's about them and it's about us as a family. I think they're proud of me, but I'm just Dad." 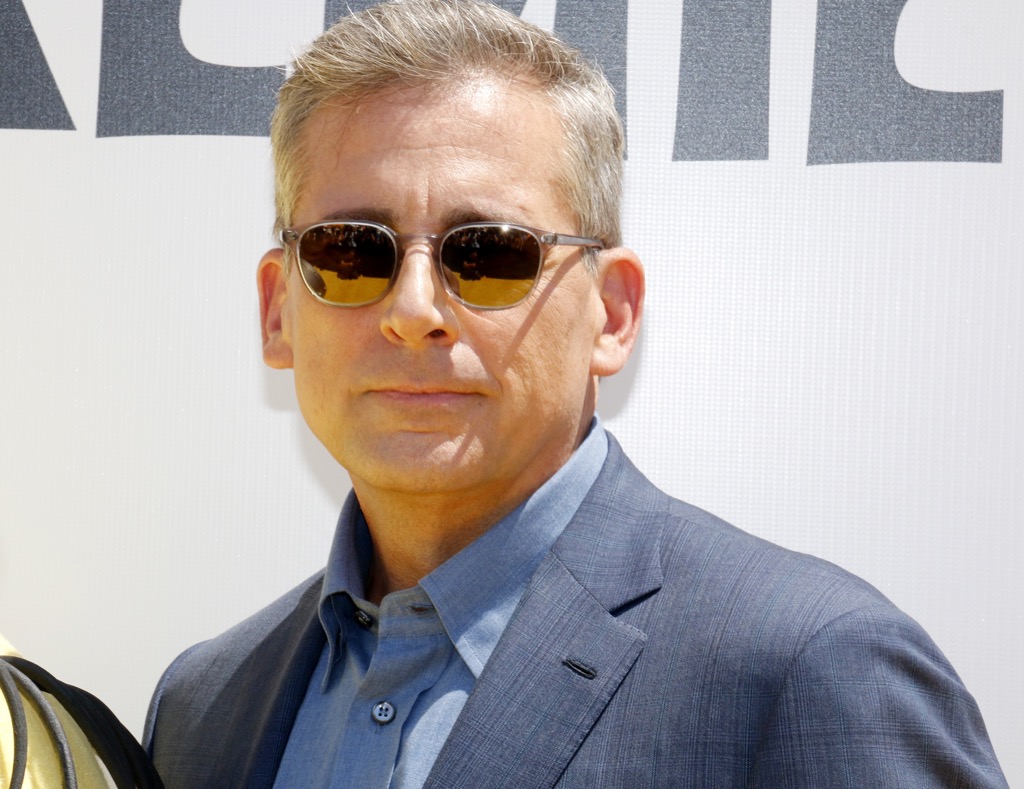 Even when the entire internet is talking about how hot you are. When asked about his new look on The Tonight Show, Steve Carell quipped, "My wife finally said she's in love with me. Very excited."