"No one is made a captain without an extraordinary amount of experience behind them."

On the surface, some guys appear to live perfect, polished lives. They're trailed by goddesses, have savings accounts larger than the king of Siam's, and all-around seem to have everything just work out. But yes, even these movie stars, champion athletes, and titans of industry have insecurities that they've toiled over to defeat. Whether it's how Peter Dinklage handled feelings about his height or the steps Alec Baldwin took to address his anger issues, here are 15 men from around the world who have looked their insecurities in the eye and conquered them. And more for awesome inspiration from the stars, learn how 50 leading men define success.

"I was very shy as a kid but when I found out I could perform and have people's attention everything changed for me," Timberlake told the Guardian. "My mom likes to joke that until I was eight or nine I only knew what my sneakers looked like because I constantly walked around with my head down. But all of a sudden the stage made sense and that's what brought me out of my shell and a monster was created. It felt like it came naturally and it was fun. Even as a kid I would find the one person whose attention I didn't have and I would zone in on that person. It became a challenge." For more on JT, here's how he absolutely nailed his marriage proposal.

"I gave up smoking, I never gave up the drinking. But it's hard to smoke and swim at the same time," Kutcher told the Guardian. "You'd get to the edge of the pool and all you'd be wanting is a cigarette when all you actually really want is oxygen. So I traded the smoke for the oxygen. I read a book by an author named Alan Carr, called The Easy Way To Stop Smoking." You should also check out the insanely cool Ferrari Kutcher bought for himself. 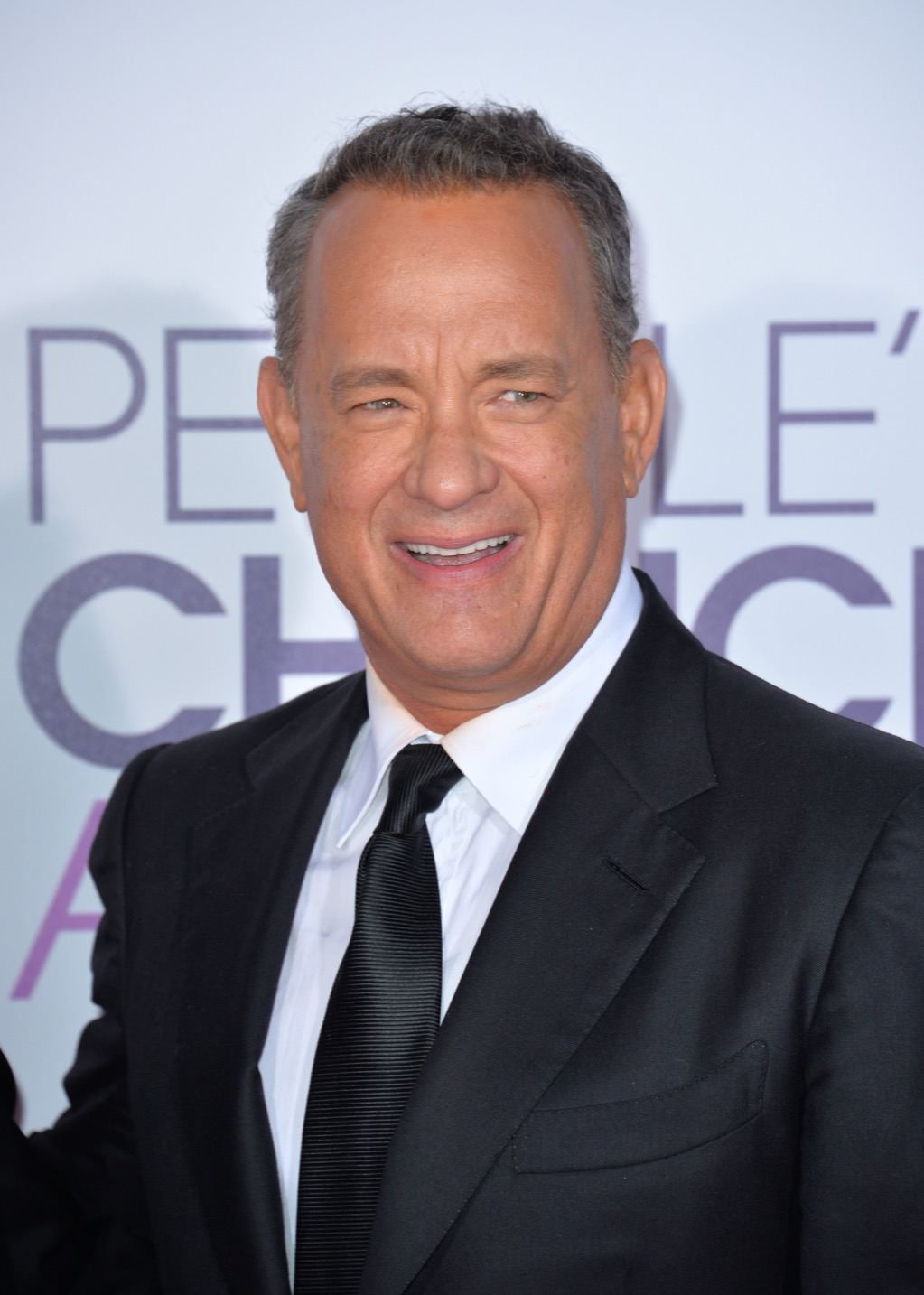 The two-time Oscar winner has talked about how he has worked through feelings of intense self-doubt throughout his career, and how preparing for roles about men in extreme danger (Saving Private Ryan, Apollo 13, Sully) has helped him put his worries in perspective and overcome them.

"No one is made a captain of a cargo ship without an extraordinary amount of experience behind them, and that brand of terror or loss of your own self-confidence, look, that's something that everybody goes through at some point," Hanks said in an interview with NPR. "My life has never been in jeopardy ever once, but the artistic creative process of one is still based on your ability to fight down those doubts of yourself, and you have to move forward. … And you cannot sweat too much the possibility that you are making a wrong mistake."

4
Peter Dinklage Stopped Letting His Physicality Get To Him

The Game of Thrones star had to overcome self-doubts about himself and his height. "When I was younger, definitely, I let [my height] get to me. As an adolescent, I was bitter and angry and I definitely put up these walls," he told Today. "But the older you get, you realize you just have to have a sense of humor. You just know that it's not your problem. It's theirs." 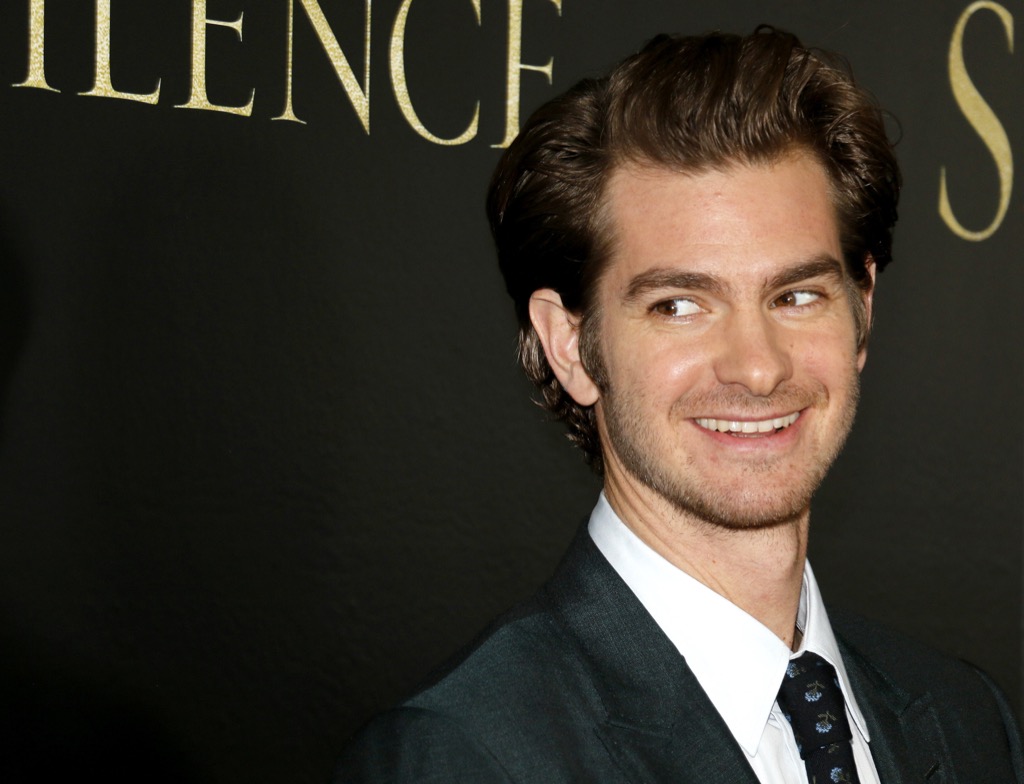 "I've always been sensitive and had difficulty containing my feelings, and I've always searched for outlets for that, because otherwise those feelings come out in chaotic ways that aren't always great," he said in Interview magazine. "So I think I was searching from the start of my conscious life for some kind of constructive way to work through my feelings, and I found acting."

6
Howie Mandel Figured Out How to Live with OCD 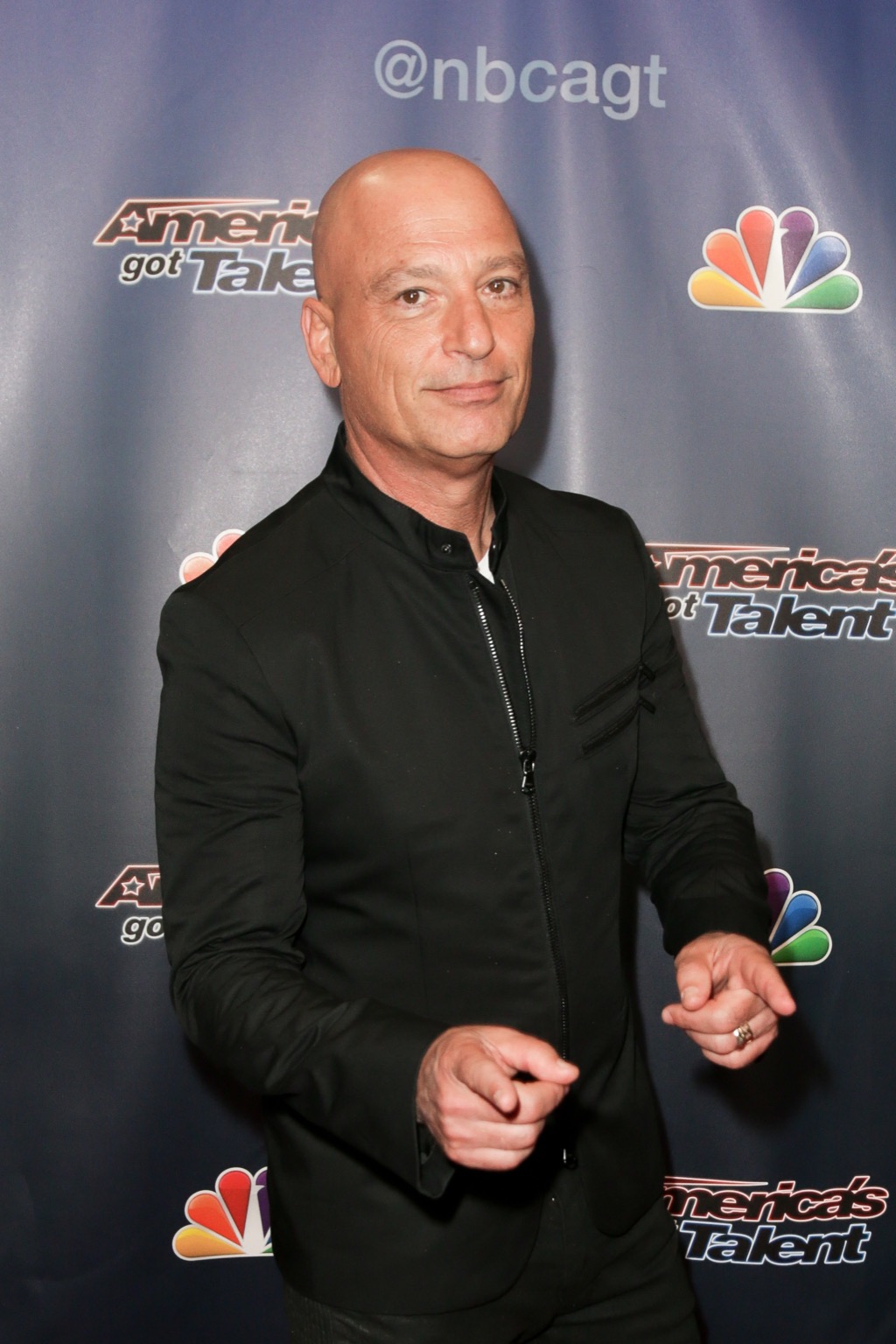 The comedian and game show host suffers from obsessive compulsive disorder and a biting fear of germs. "If I'm triggered and I get some sort of weird thought in my head that can't go, then my day is, is stopped. My life stops," he told ABC News. "I once missed an appointment because I left my house, I locked the door. And then I thought, like anybody else, you know, I don't think I locked the door. I just kept going back to the door. And I couldn't stop myself from checking and checking,"

Though he still suffers from OCD, he has learned to manage it by going to therapy and finding workarounds in his daily life (such as not having laces on his shoes).

The Rock would not seem to be a guy who has much to feel unhappy about, but he has talked openly about his battle with depression. "I found that with depression one of the most important things you could realize is that you're not alone," he revealed to the Daily Mail. "You're not the first to go through it, you're not going to be the last to go through it and oftentimes you feel like you're alone and you feel like it's only you and you're in your bubble. You've just gotta remember, hold onto that fundamental quality of faith. Have faith, and on the other side of your pain is something good." Now, read about the football coach who changed Johnson's life.

8
Alec Baldwin Battled and Beat Back His Anger 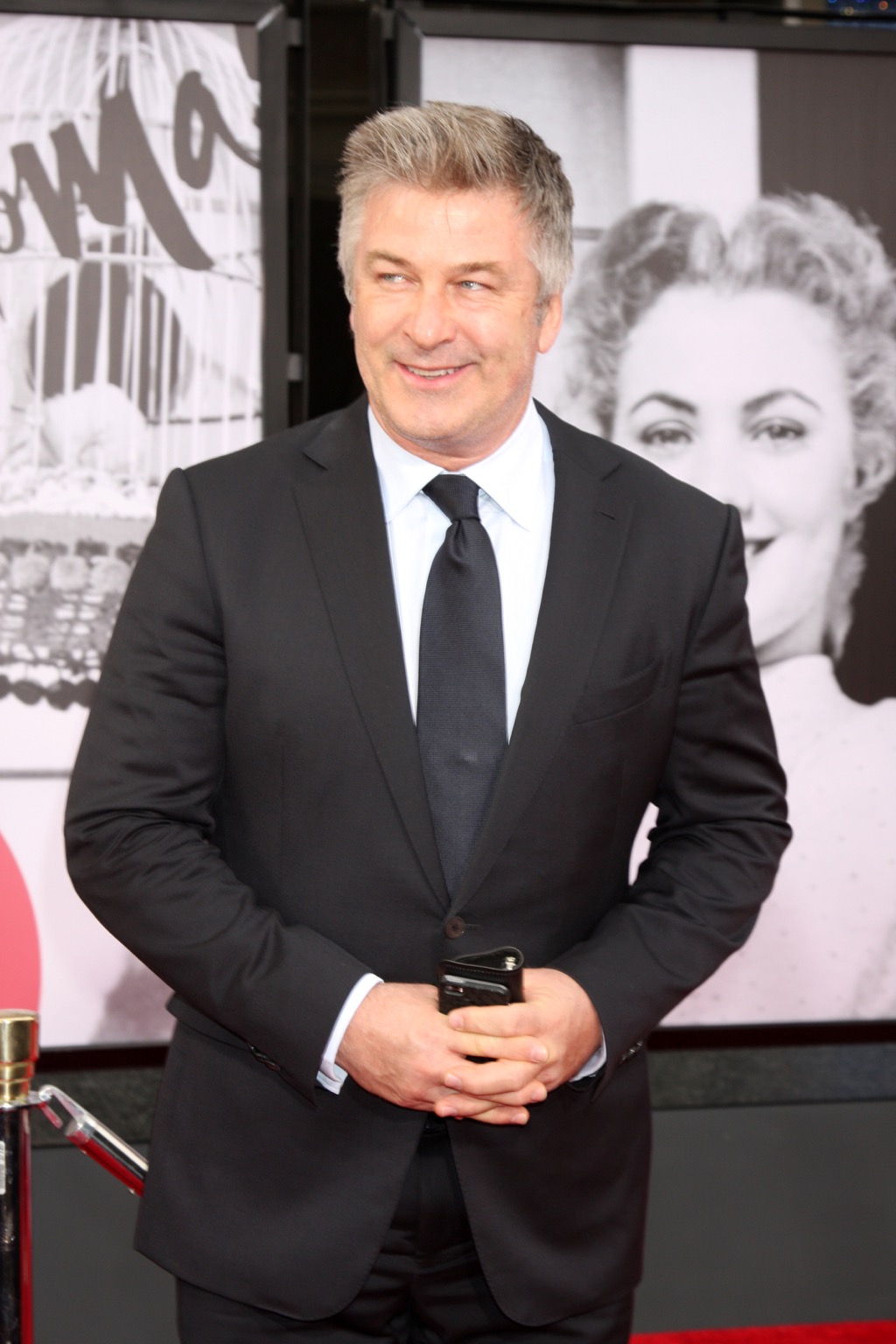 The actor and Donald Trump impersonator has short temper, which has famously surfaced a few times, including in his furious voicemail left for his then-11-year-old daughter. "It's thrown in your face every day," Baldwin explained to Good Morning America. "There are people who admonish me, or attack me, and use that as a constant spearhead to do that." But through confronting his anger and simply letting time run its course, he has worked through it, Baldwin has said, "You have to let that go. Enough time—I mean, it does heal wounds."

9
Orlando Bloom Learned to Work with His Learning Disorder 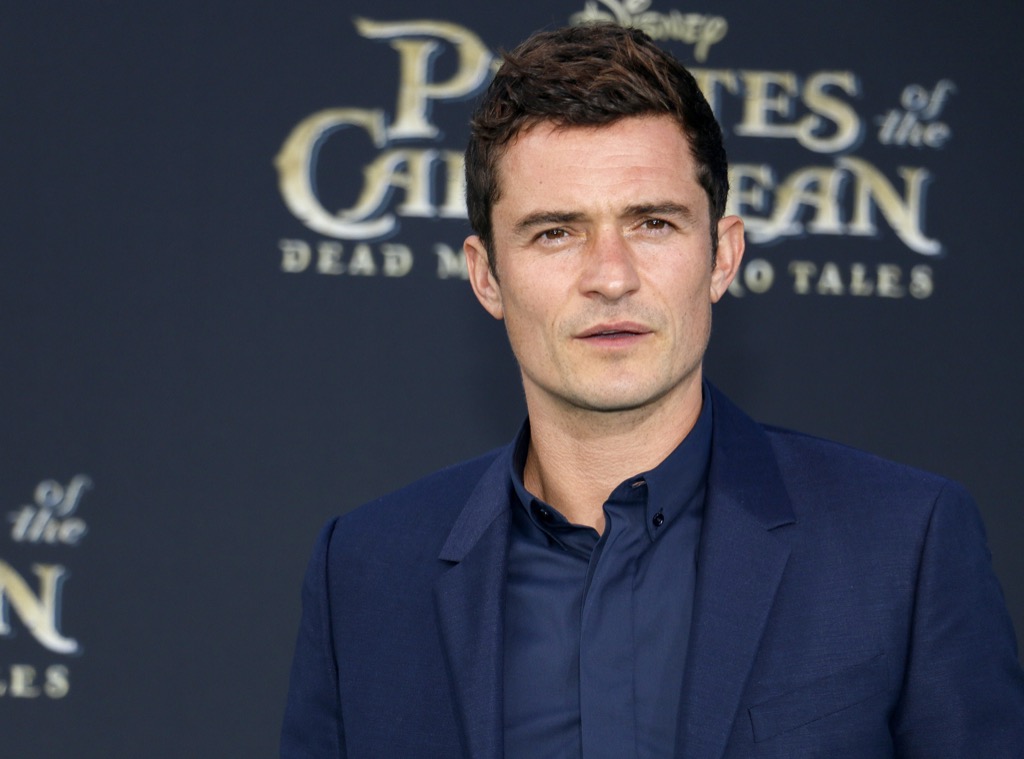 The Lord of the Rings and Pirates of the Caribbean star came to acting partly as a way to work through his dyslexia. "I was an angry, angry child at times," Bloom said at an event for the Child Mind Institute, describing the difficulties of growing up with a learning disorder. "Somewhere in me I knew I was smart, but I was really struggling … My creative outlet, performing—that was what got me through." And speaking of Bloom: here's why he's a perfect gentleman.

10
Howard Stern Learned to Cope with His OCD 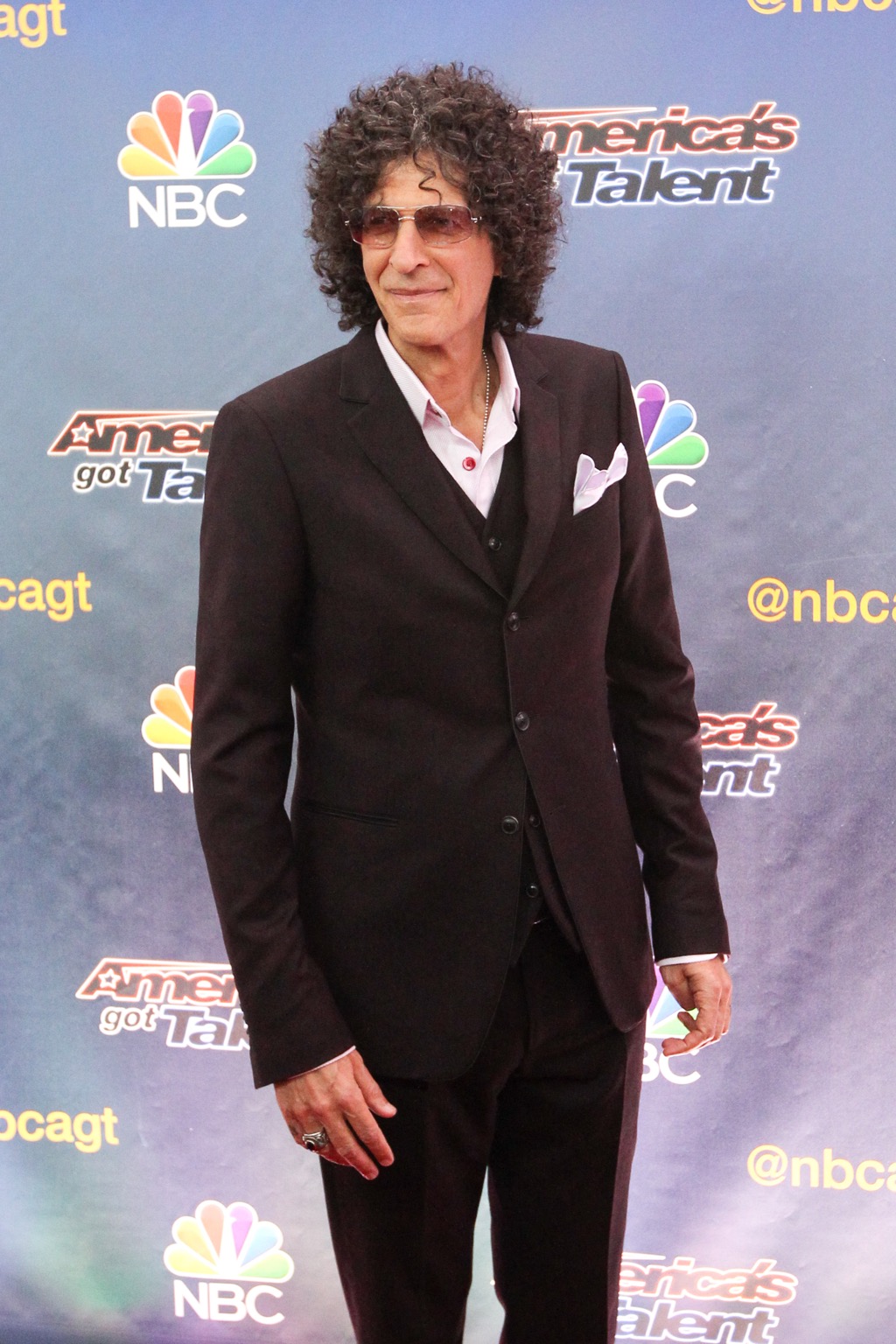 Stern wrote in his memoir Miss America about how one of his biggest insecurities was coping with his obsessive compulsive disorder. "The … rituals were my distraction," he wrote. "When I was in college and nervous about entering the world of broadcasting and earning a living, the pressure was enormous. … As a defense mechanism, my brain had set up an elaborate maze of rituals that kept me from confronting my fear." He described overcoming it through a combination of "exposure" to his thought process and transcendental meditation.

11
Matthew McConaughey Mastered How to Let Feat Into His Life

"Instead of denying these fears, declare them, say them out loud, admit them, give them the credit they deserve," the Oscar winner said during a 2015 commencement speech. "Don't get all macho and act like they're no big deal, and don't get paralyzed by denying they exist and therefore abandoning your need to overcome them. I mean, I'd subscribe to the belief that we're all destined to have to do the thing we fear the most anyway. So, you give your obstacles credit and you will one. Find the courage to overcome them or see clearly that they are not really worth prevailing over. Be brave, have courage. When you do get stronger, more aware, and more respectful—of yourself, and that which you fear." And be sure to read about the one fight Matthew McConaughey couldn't back down from. 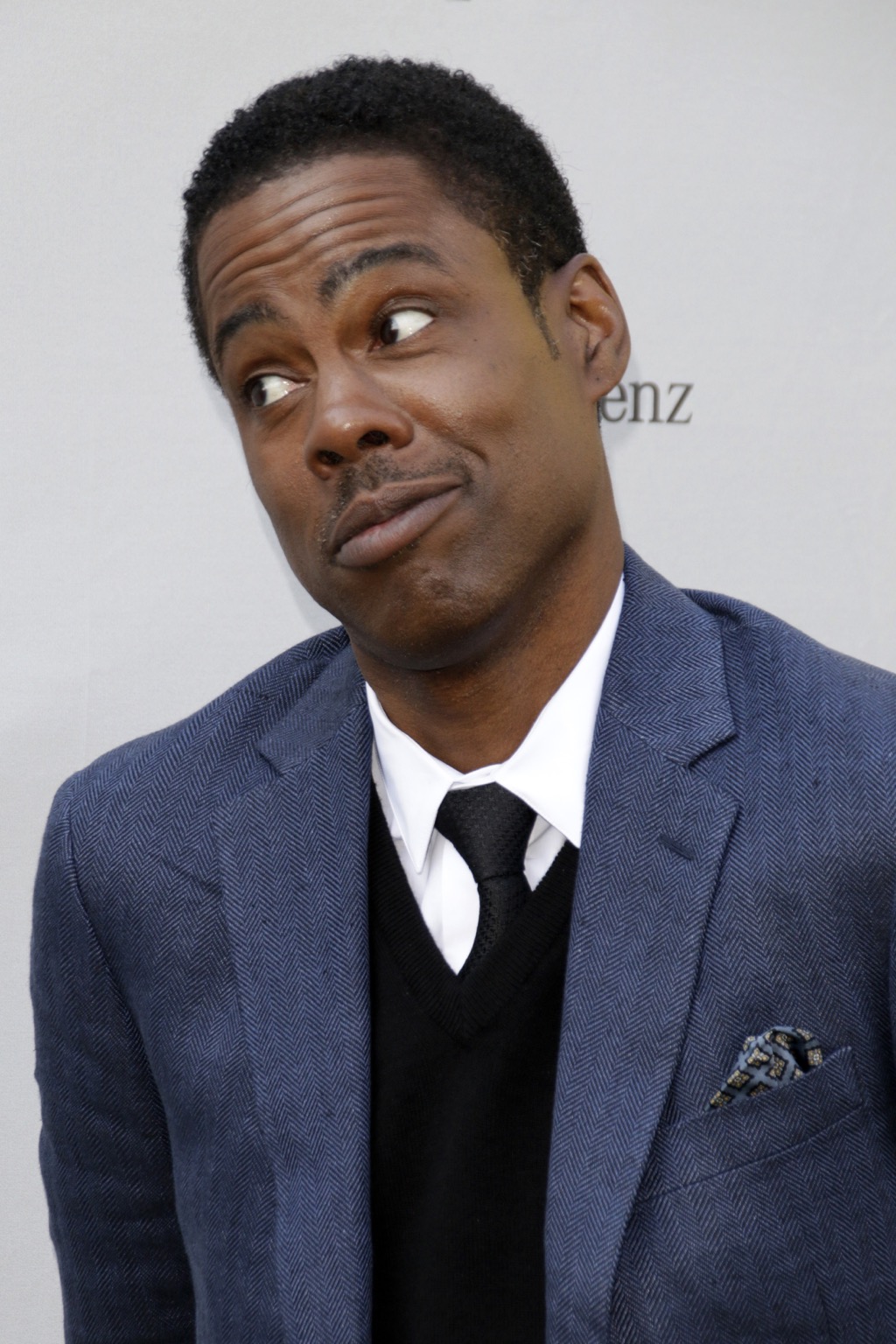 The comic and director had to overcome insecurities that came from being one of the only black kids in a white school. "We lived in Bed Stuy, one of the most famous ghettos in the world," Rock said during an interview with Bravo's Inside the Actor's Studio. "My mother and father wanted me to go to a better school, so I was bused to this poor, white neighborhood…I was the only black boy in my grade for most of the time. I was a little guy, too, a skinny runt [and a group of boys regularly] kicked my ass, spit in my face, and kicked me down the stairs…[It was] the defining moment of my life..It made me who I am…Put the most successful men and women in the world in one room, and ask them to put their hands up to see which ones were bullied. Most of 'em!"

13
Elon Musk Figured Out His Place in the Universe 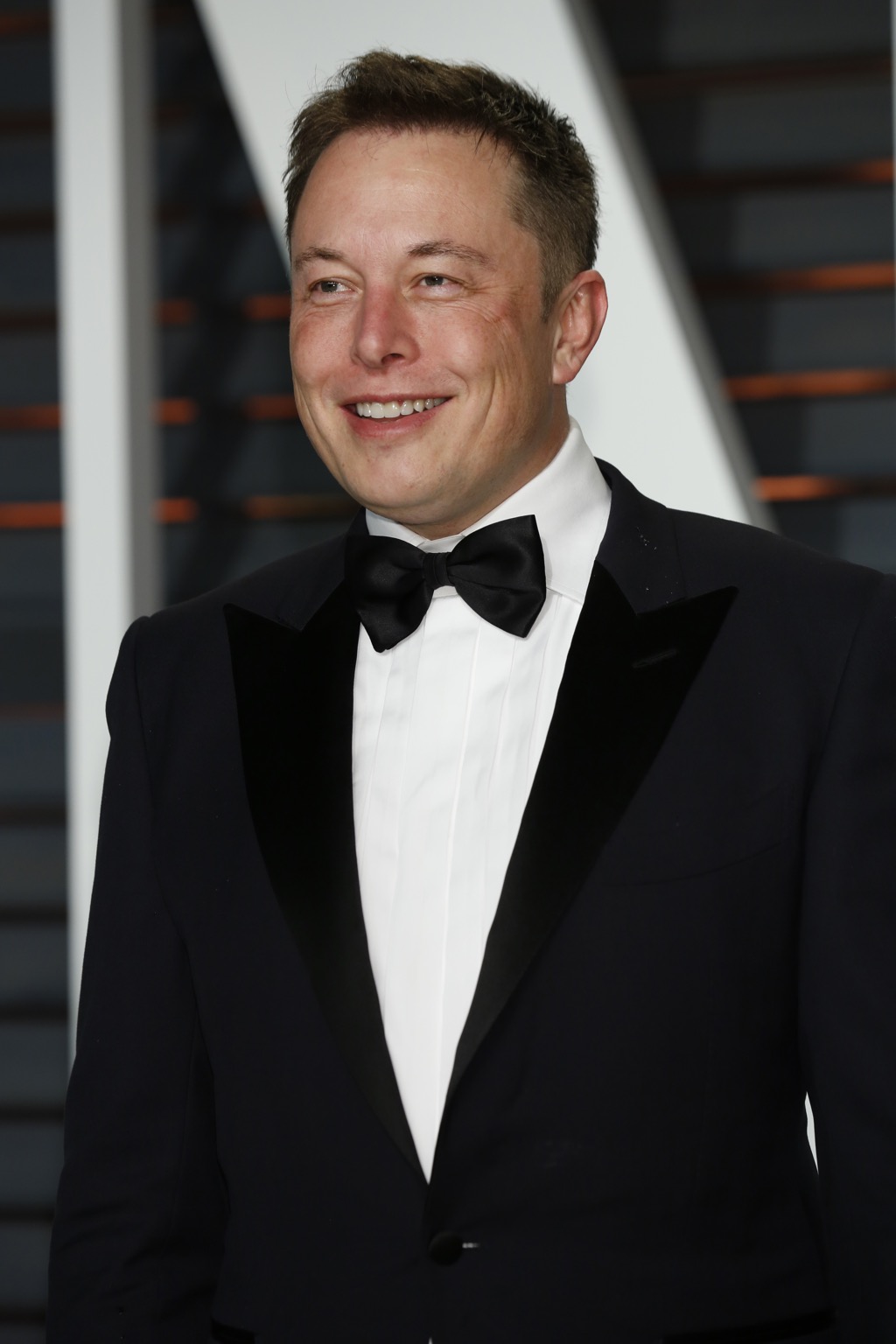 "I was around 12 or 15…I had an existential crisis, and I was reading various books on trying to figure out the meaning of life and what does it all mean? …I read Hitchhikers Guide to the Galaxy and it highlighted an important point which is that a lot of times the question is harder than the answer," Musk described during a discussion at the Computer History Museum. "And if you can properly phrase the question, then the answer is the easy part. To the degree that we can better understand the universe, then we can better know what questions to ask. Then whatever the question is that most approximates: what's the meaning of life? That's the question we can ultimately get closer to understanding. And so I thought to the degree that we can expand the scope and scale of consciousness and knowledge, then that would be a good thing." Now Elon just needs to conquer the work conditions in his factory.

The co-founder of Airbnb has talked about his initial discomfort with running a company, fearing what people thought about him. "When you first start leading people, it can be a little uncomfortable—you feel like maybe you're bossy, maybe you're mean, you might be reticent about making decisions or reluctant to give feedback," Chesky told the New York Times. "But I removed all reticence whenever a crisis occurred, and I made a unilateral decision to be direct. And when I started doing that, I realized that people are thriving from this, and that it's so much more helpful for people." 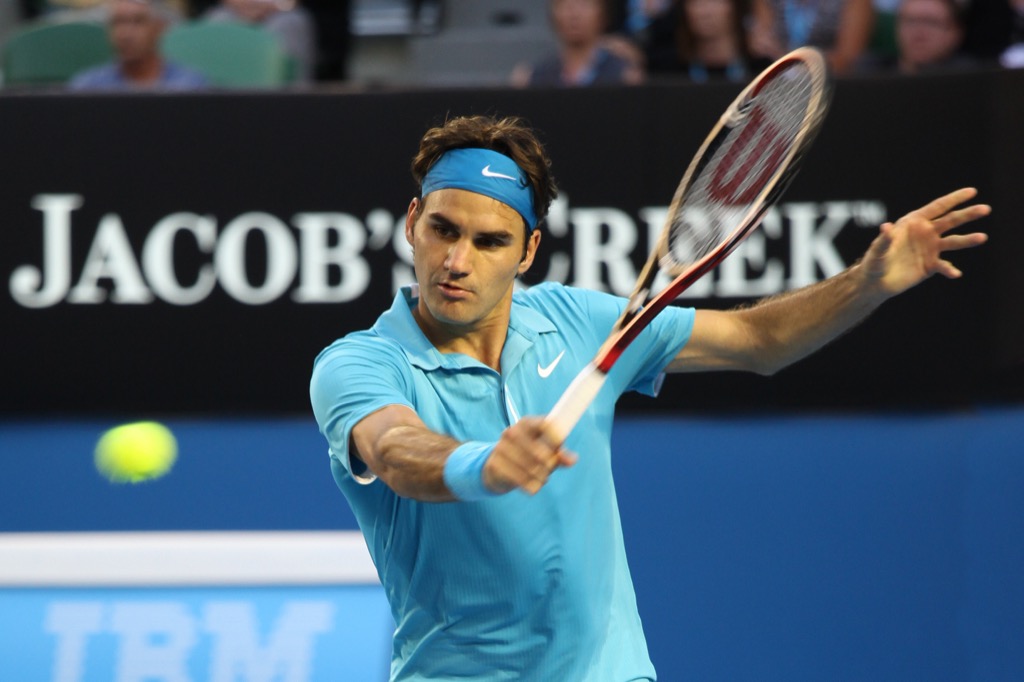 "That I was able to maintain such a long spell of wins, that's what I was famous for not doing," he described to the Weekend Australian. "I was famous for not being consistent. In this respect, my attitude towards the game and how everything has changed, I'm very proud that I was able to work on my weaknesses, make them almost strengths. I'm just very proud of my mental and physical abilities that I've been able to unlock the key and make the most out of my potential." And we stole some of Federer's training secrets for you to check out here.

Alex Daniel
A journalist based in Brooklyn, New York. Read more
Filed Under
Celebrities • Entertainment • Wellness
Read This Next
Latest News
Read This Next